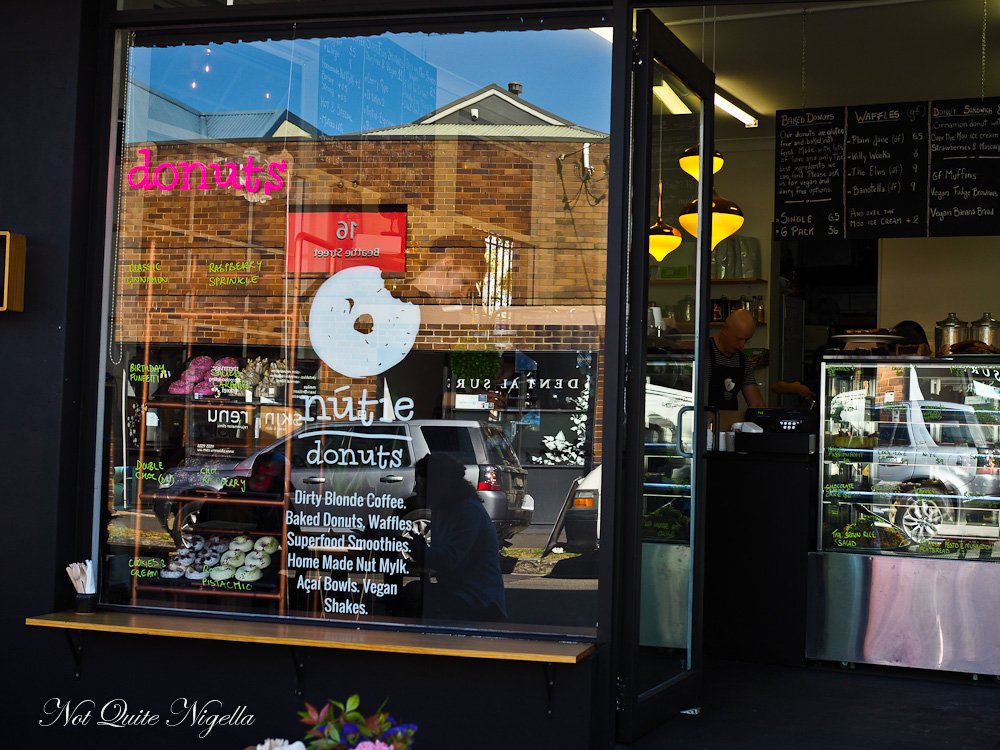 Sina Klug's enthusiasm for her product is infectious. The delightful German born baker first started experimenting with gluten free products for celiac friends in Germany who were neglected and found that her products had a very receptive market in Australia. And then the vegan aspect came about and then We Are Nutie was born. 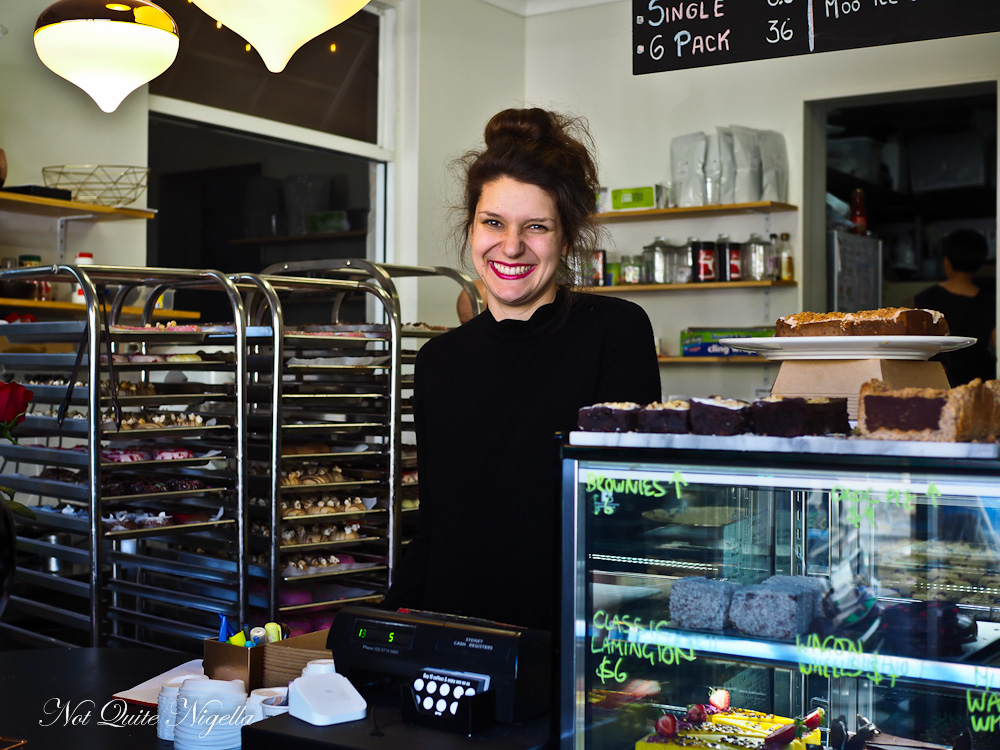 The Balmain based Nutie (pronounced "Nutty") inspires devotion and emotional reactions. "I have grown women in their 40s with tears in their eyes saying 'I've never had a choice in my life'. Or they have kids and they're always worried about cross contamination. It means a lot to a lot of families. They come in here and say, 'I can't have this, this or this - do you have anything?' and we say 'Yes everything' says Sina. 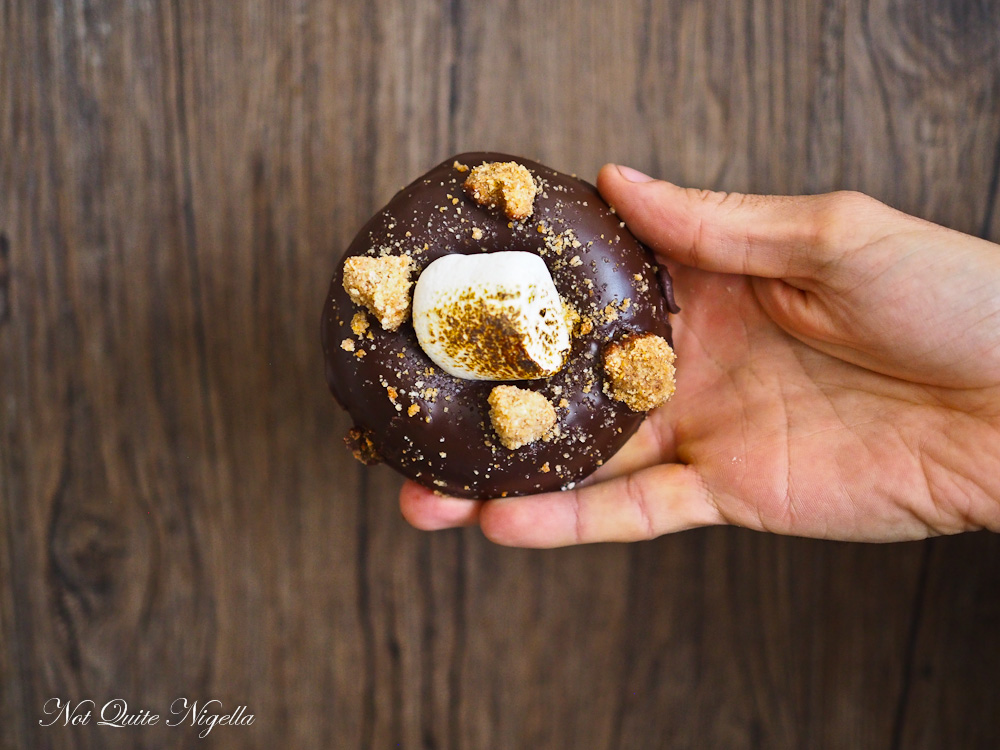 On the Saturday that we visited they've just sold out of around 400 items in about an hour at a sweets expo and it seems Sydney cannot get enough of their goodies. Everything baked at Nutie is gluten free while a portion of items are vegan. 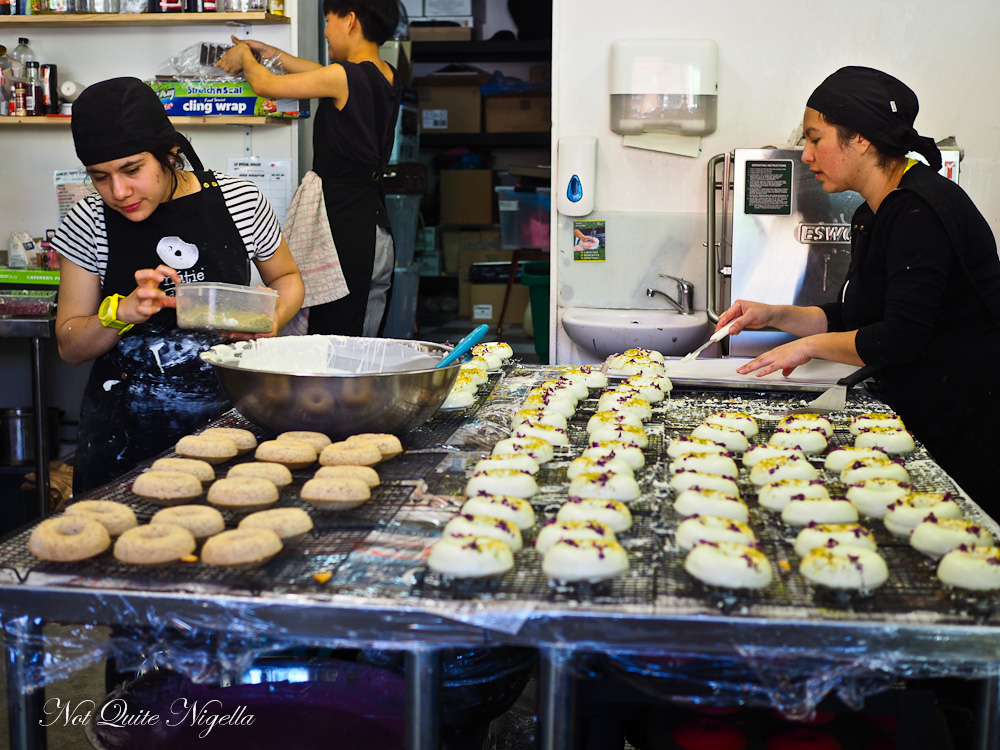 Sina first came to Australia as an intern with the German Film Festival. "I always loved baking and I was broke as anything coming to Sydney as a student. My colleagues had a little box where they collected money and I'd take the money and buy ingredients and bake things for work. Every morning when I'd get my coffee I'd have a little basket of things and the cute barista was like 'What did you make today? Can I try some?' and I started to try and impress him with more and more things. One week before I was supposed to fly home he took me on a date and said 'Do you want to stay in Sydney and start a baking business?'. Two and half years later he (Jacques Dumont her business partner at Nutie) is still here." 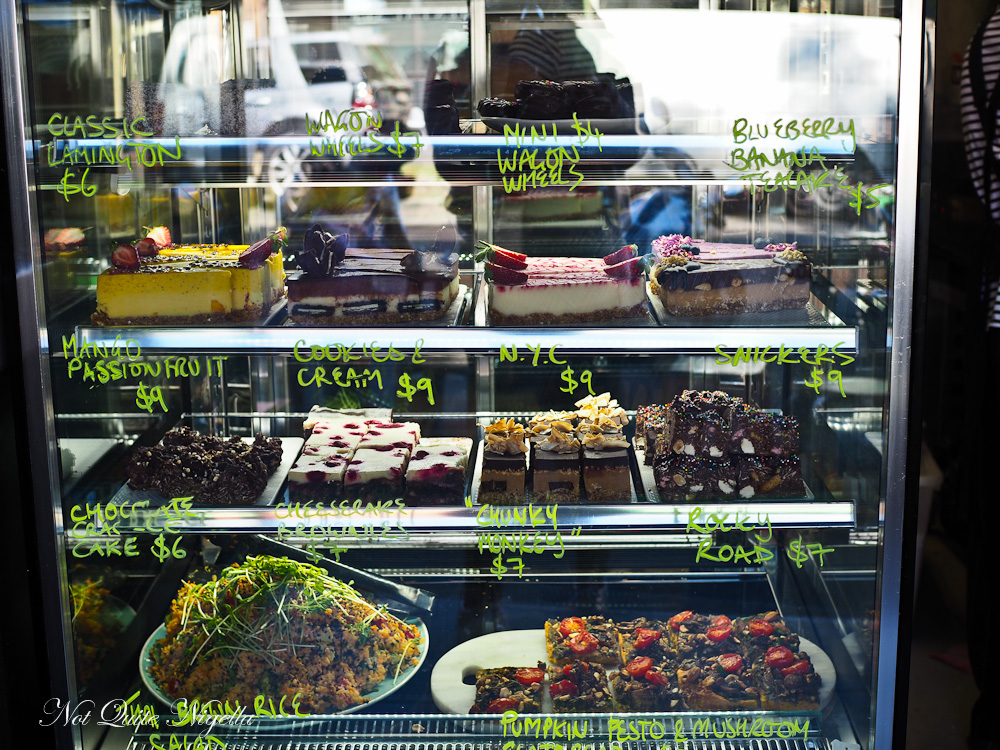 They didn't start straight away though and worked double barista shifts to afford their first second hand oven. Their first outlet was at the Bondi farmers markets. "It took us three months just for the donut base recipe. We were working with 50 different flours and starches like 5% of this and this and he had this cafe in Woollahra so whenever the chefs at night closed we'd sneak into the kitchen and then we were there until 3am drinking hot chocolates and wine and it was so frustrating. Batch after batch went into the bin, it was inedible. In between I just baked something with gluten just to prove to myself that I could make something right," explains Sina. 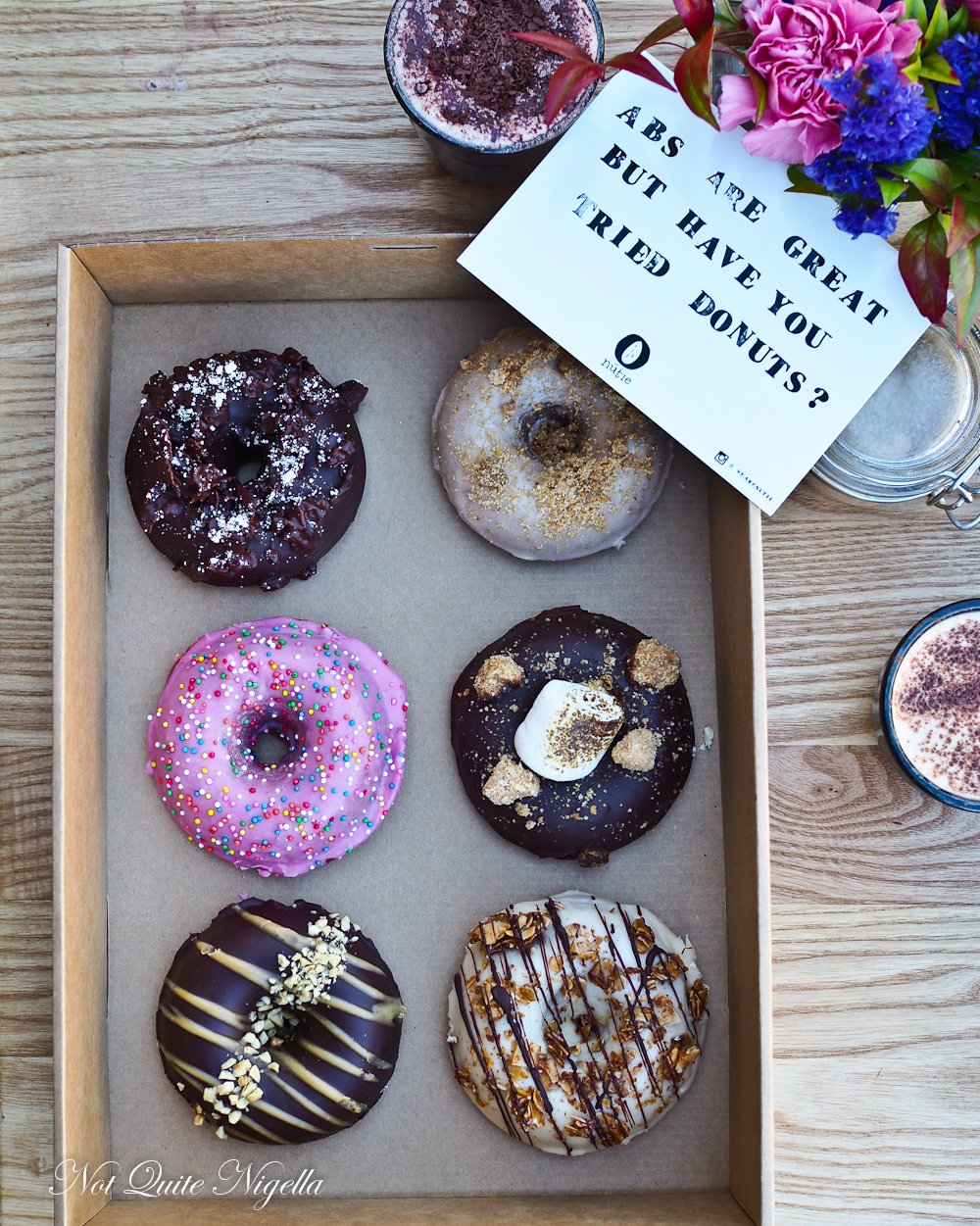 But what are the cakes and donuts like? We try a range of their vegan and non vegan donuts. Their signature donut is a non vegan donut, the rosewater and pistachio that started it all and was what they became known for at Bondi Markets. It is a delicate concoction of floral femininity and what strikes us about all these donuts is how light they are. 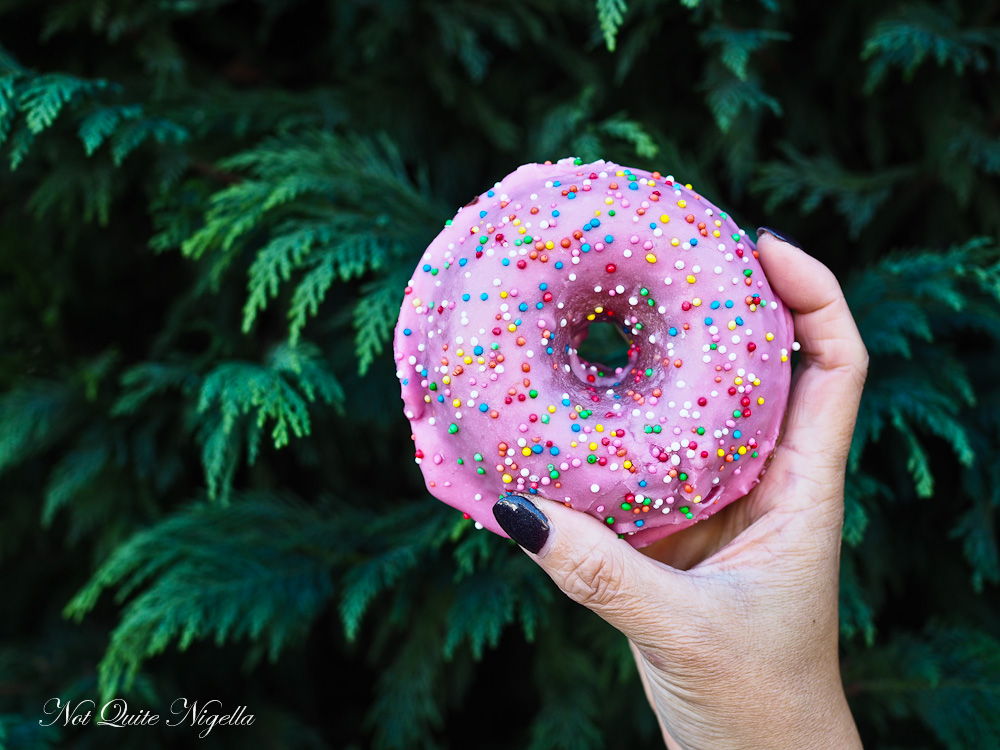 Then we segue into the vegan donuts. All of Nutie's donuts are cake donuts that are baked not fried and there's an apple pie donut as well as the classic Homer Simpson pink with sprinkles. 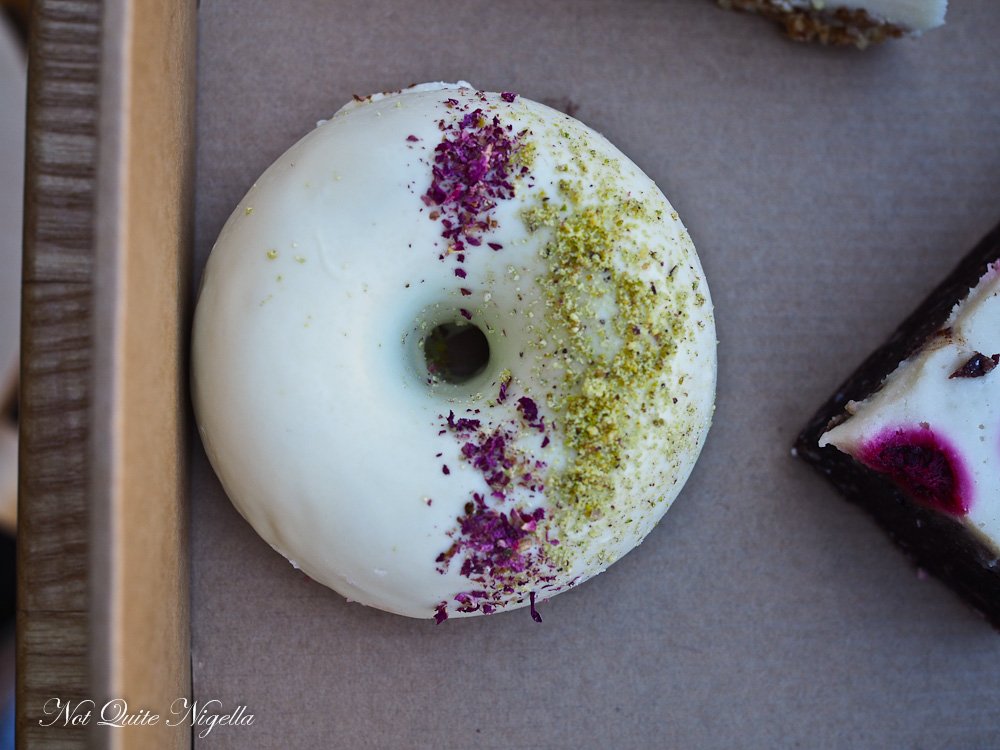 Then there is a vegan maple and bacon donut that perfectly straddles sweet and salty. Delving into the chocolates there is a S'mores with choc chip cookie cake inside and a vegan marshmallow on top, a double chocolate donut with swirls of chocolate and then a chocolate peanut Snickers donut. It's hard to choose a favourite but the maple and bacon and apple pies are my favourites. 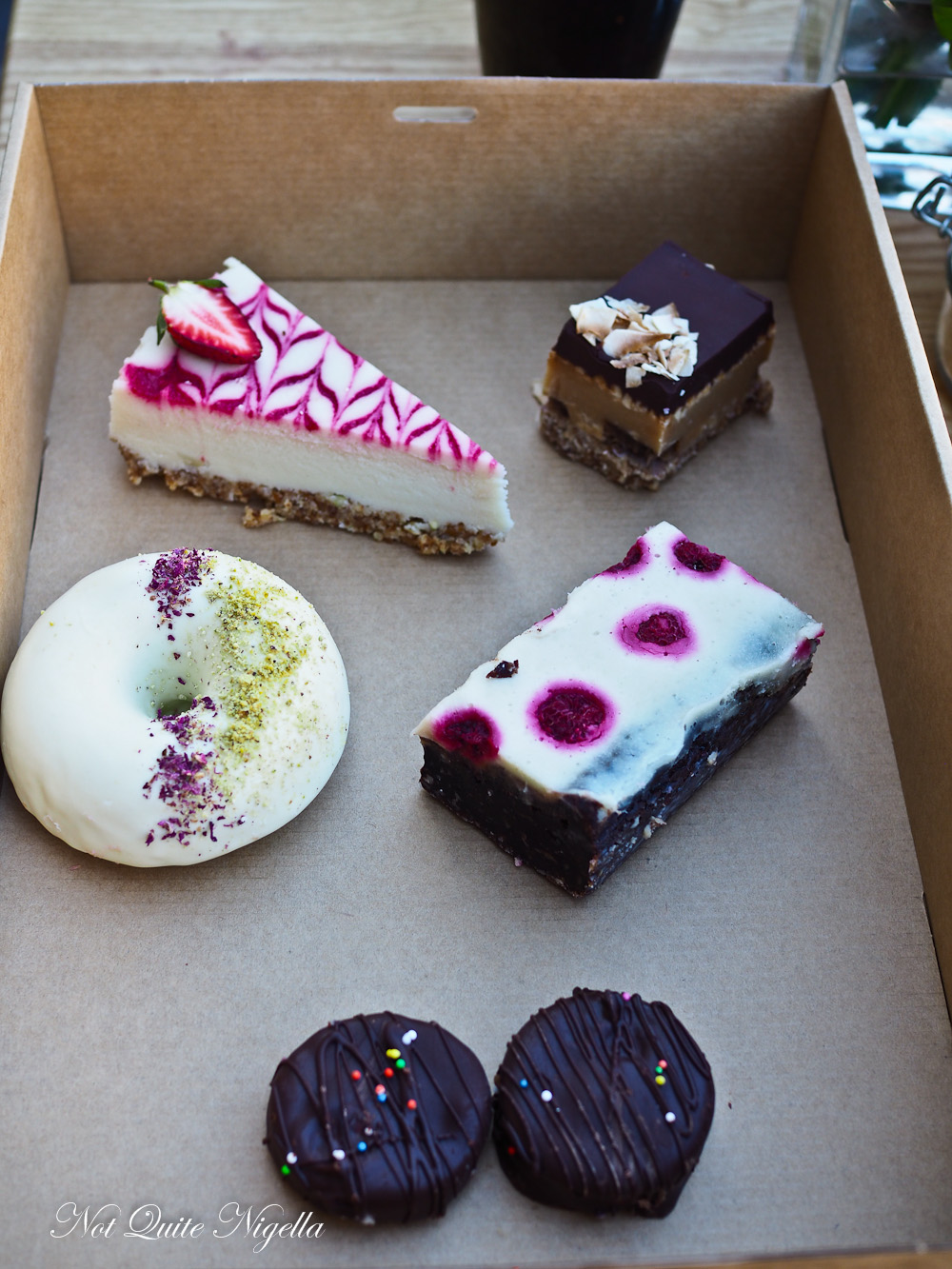 And then there's the cakes. I know what you're thinking about raw cakes-they typically taste like coconut oil. But not these. The NY cheesecake is the closest I've tasted to a cheesecake for a raw cake (their secret, a fabulous coconut cream) and the Chunky Monkey is their version of a caramel slice. Even their cookies have faux Oreos because of course oreos are not gluten free. Another favourite is the divine mango passionfruit cheesecake. 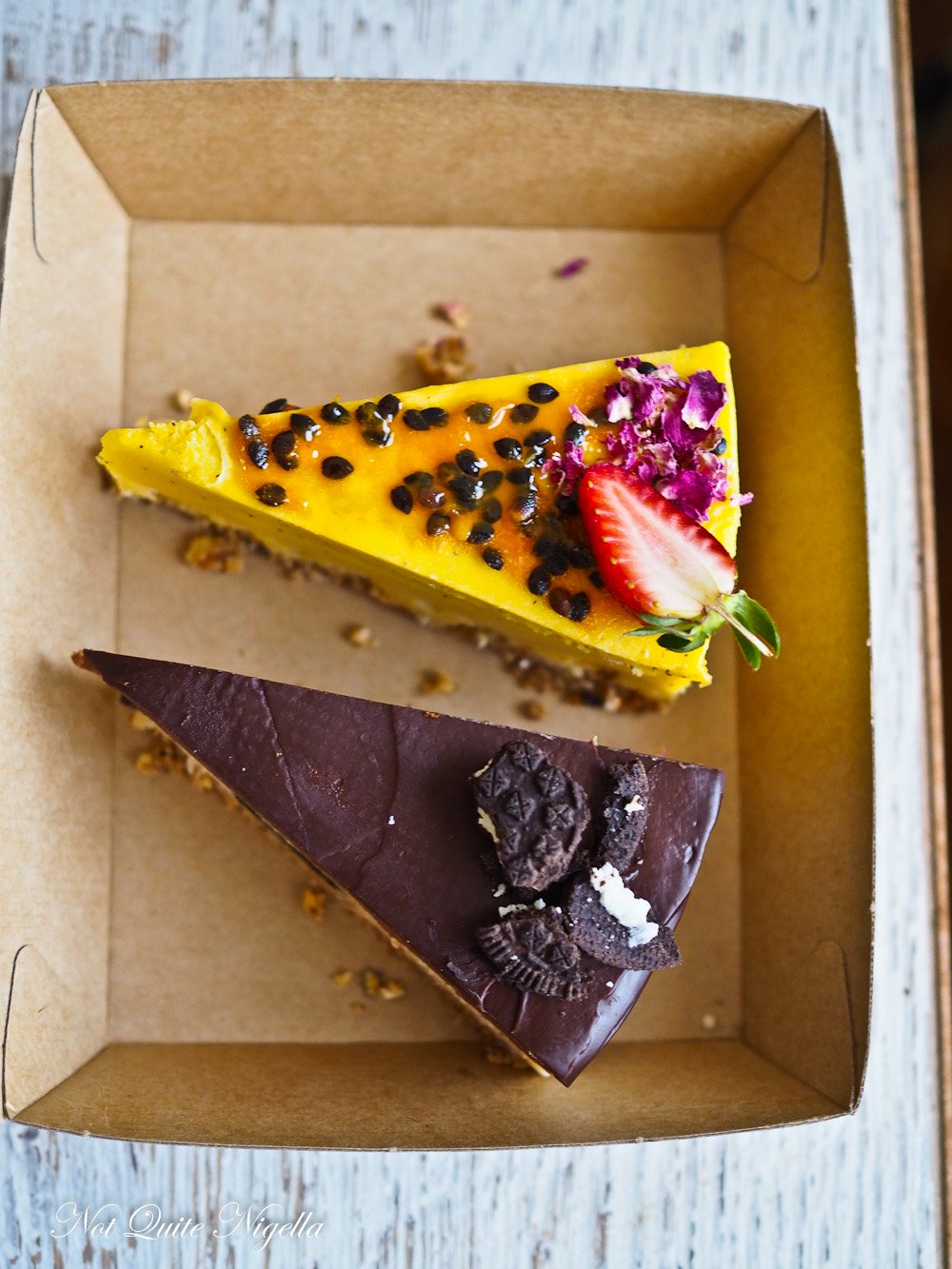 We try a raspberry brownie, rich and dense and oh so chocolatey. The mini wagon wheels are fantastic (people often call ahead to reserve half a dozen of these). People venture all the way from the Central Coast and the Blue Mountains to buy up big. 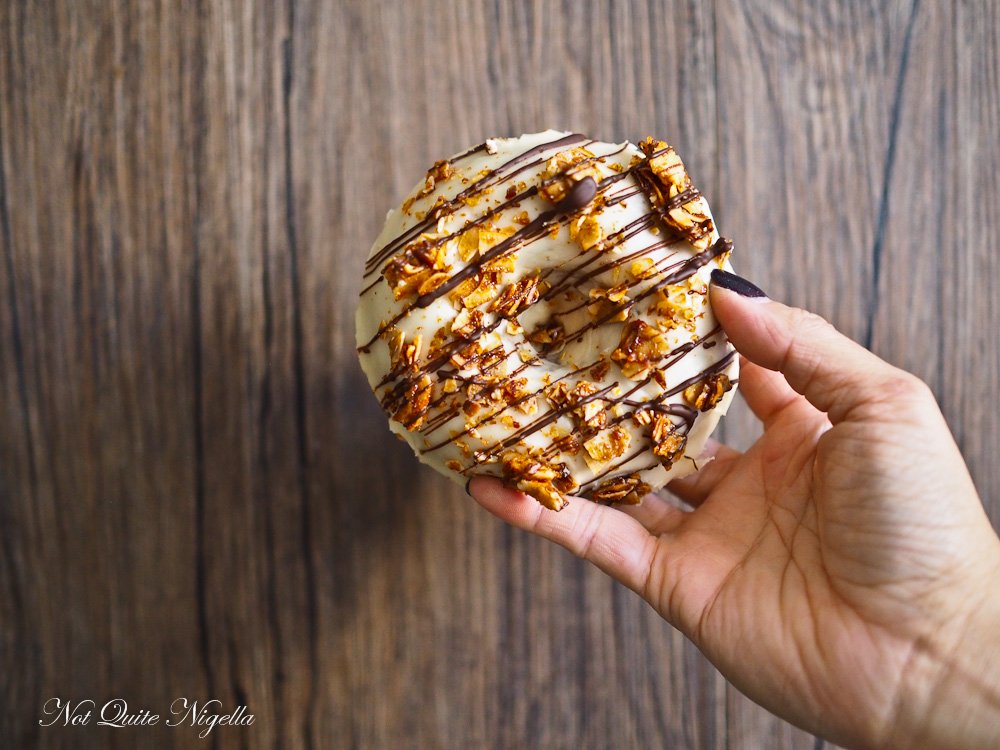 And good news for those that live a bit further away. They're expanding to Sydney CBD and Melbourne. For Sina, "You can keep up the quality if you grow slowly. We want to keep it to a brand that's strongly connected with our customers. We want to use premium ingredients made by hand."

So tell me Dear Reader, do you have any food allergies? Do you dabble in vegan food or are you a vegan? How about gluten free?

And if you're looking for more vegan places to eat, check out this list I did for Foxtel's Lifestyle channel! I ate so much vegan food (some great and some not so great) to come up with this list. None of these vegan places will disappoint! 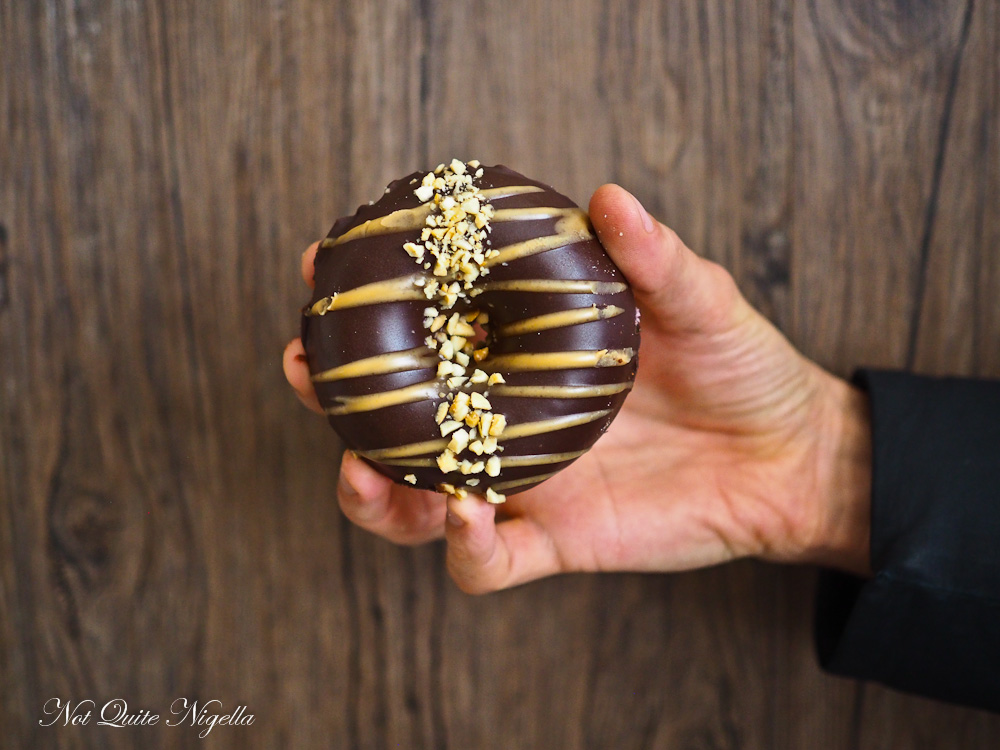 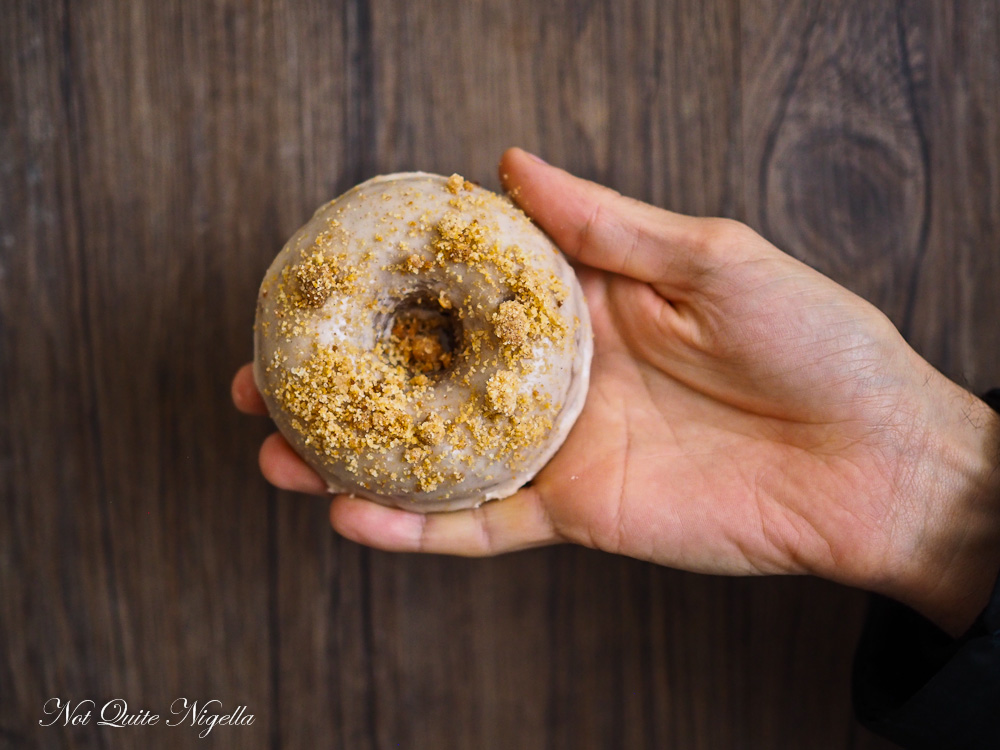