(Mr) Toad In The Hole 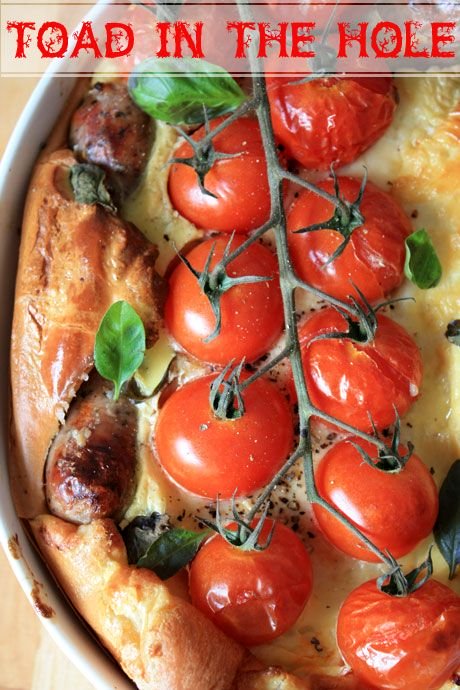 When I was a child, there were a few foods that I wanted to try just for the novelty of the name. They were invariably English because the English love an eccentric name (Spotted Dick anyone? ;) ). One of them was Toad In The Hole which of course my mother never made as my father was rather strictly patriotic growing up and were only allowed Chinese food and which probably explains my now insatiable appetite and love for food from all over the world. 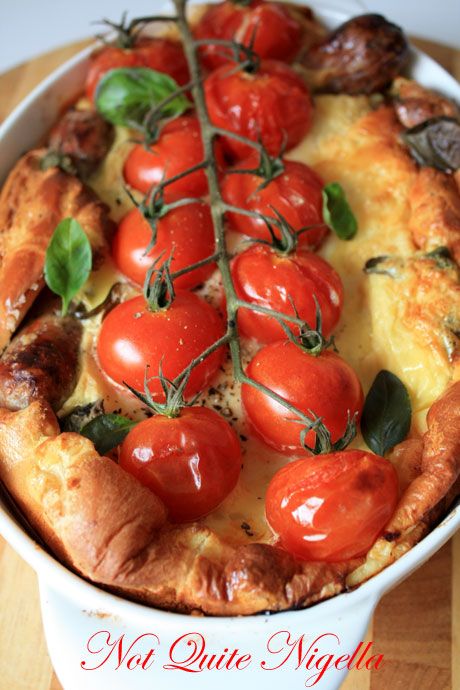 I loved the book The Wind in the Willows and I had always imagined that this dish was somehow linked to Mr Toad from Toad Hall and I thought that eating this dish would transport me to Toad Hall to hang out with Mr Toad. This is also the thinking I held onto when I climbed into the cupboard looking for the secret passageway into Narnia where I would hopefully feast on Turkish Delight. I spent hours in there pressing against the panels just so in the hopes of revealing the entry way, my mouth watering at the idea of consuming Turkish Delight which sounded so unlike anything I had ever tried before. 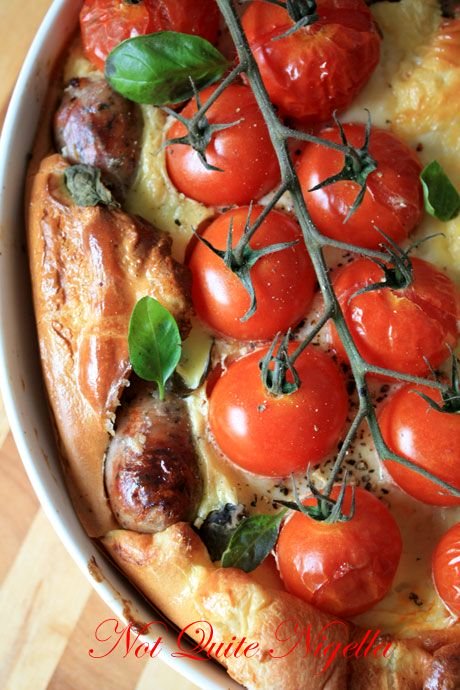 But back to Toad in the Hole. The Toads of course are the sausages and they poke out from the pastry which is like a Yorkshire Pudding. I don't ever claim to be an expert on this especially as this was my first time making it but having made pastry I made some amendments to some recipes that I found. The oven of course needs to be hot and I thought that using soda water to lighten up the batter would help as of course the more puffed up it is, the better it is. I decided to make it a bit Italian by using Italian sausages and using vine ripened tomatoes and fresh basil although traditionally it would be made using pork sausages and rosemary. 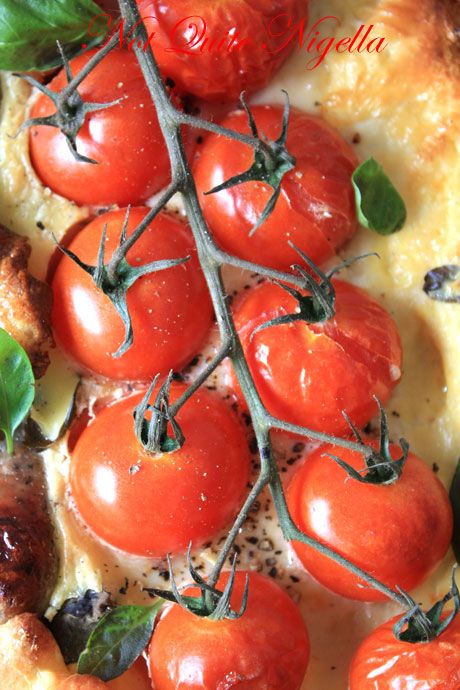 This was a quick to make dish with hardly any preparation necessary. In fact 20 minutes of light work in the kitchen will do it as far as preparations go as the oven takes care of the rest leaving you to lie back at your leisure (or stand in front of the oven with your fingers crossed). After 40 minutes I turned on the light and peered inside. By George! It had risen and puffed up proudly, some little "toads" had poked through the Yorkshire pudding batter and the tomatoes were soft and luscious. After the obligatory photos we dug in hungrily as the smell was too tempting. It was pure comfort food with the spicy, flavoursome sausages going well with the eggy pastry-like batter. Mr NQN  ate it hungrily and then swallowed patting his stomach and stole another portion before I knew it. I had my own lovable rogue, my own Mr Toad. 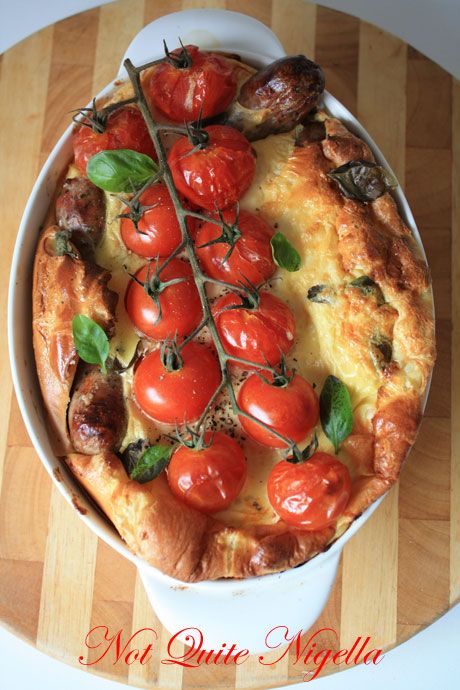 So tell me Dear Reader, what's the dish you always wanted to try when you were little?

Mr Toad In The Hole

Step 1 - Preheat oven to 200C/400F. I used a 31x18cm oval dish but a similar sized dish would do you well as it looks great when it's abundantly fluffy. Pour 1 tablespoon of oil in the baking dish and leave in oven while it is preheating so that it gets hot. When it has reached the correct temperature, place sausages in the baking dish and bake for 5 minutes on each side to brown. 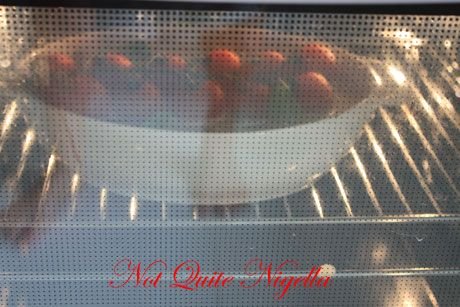 Step 2 - While the sausages are browning, make the quick batter. Sift the flour into a bowl and add salt. In a jug whisk the milk and eggs until combined. Then add the liquid gradually to the flour whisking until the lumps are gone (doing this gradually will help prevent lumps). Just when the sausages are ready, add the soda water and whisk lightly but not too much - just combine it into the batter. Pour the batter over the sausages and then place vine ripened tomatoes on top. Bake for 35-40 minutes until risen and puffy (don't open the oven while it is cooking). Once finished, garnish with fresh basil leaves and serve. 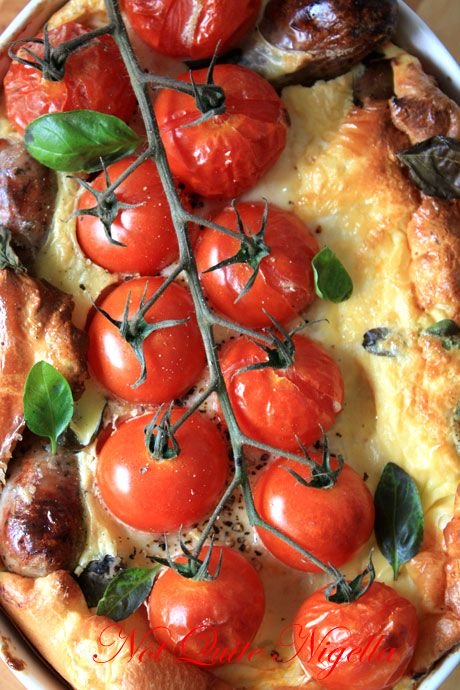