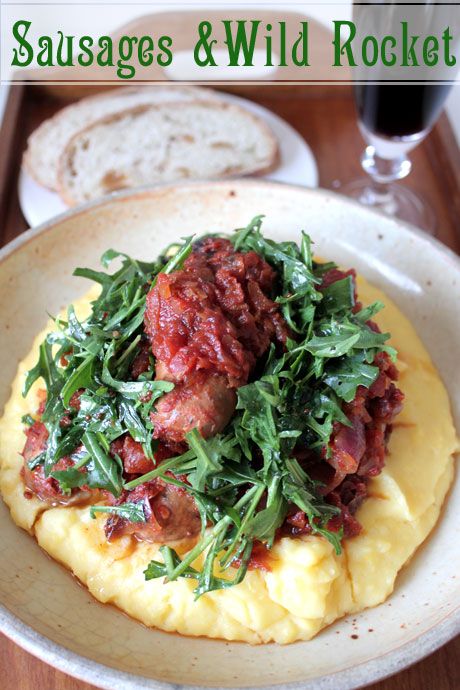 Last year I was privileged enough to interview Michelin starred British chef Fergus Henderson. It was one of my most exciting times as a food blogger and perhaps one of the interviews I am most proud of. My good friend Queen Viv had a hand in that and one day a few weeks ago, she told me about a recipe of his that she had clipped from a newspaper. He had recommended this dish to feed a family, and it was a recipe that pleased children as they invariably love sausages. 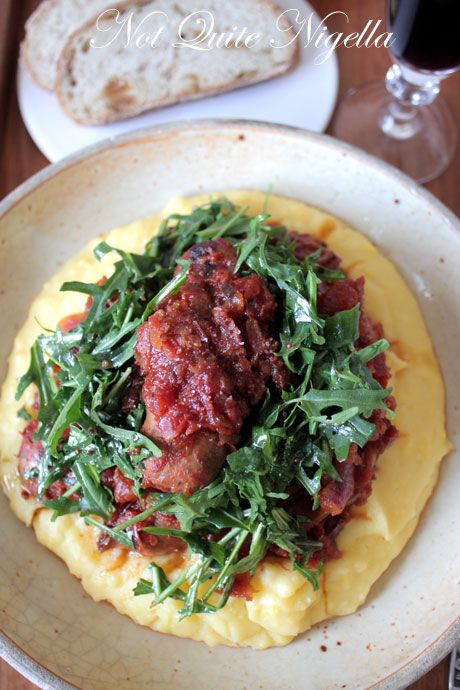 I was quite interested in this recipe, not because I needed to feed a family as it's just Mr NQN and I but if you hadn't guessed by my recent posts, we're battening down the hatches for Winter (I'm being a tad dramatic here, it's not quite that cold-yet!). Queen Viv emailed me the instructions and they were disconcertingly vague - a little like when someone tells you a recipe over a dinner conversation across a table and it's peppered with vague quantities and lots of hand gestures. These instructions make perfect sense to them as they've made it at home but I'm a little wary and seek measures. We both had been to Eumundi Smokehouse and had in our possession some of their absolutely lovely fresh sausages and she decided that the venison and beetroot sausages would be the ideal companion for this dish. She reported back positively and rapturously about it and I set it aside to cook one night as I didn't have any rocket, wild or otherwise, in the fridge. 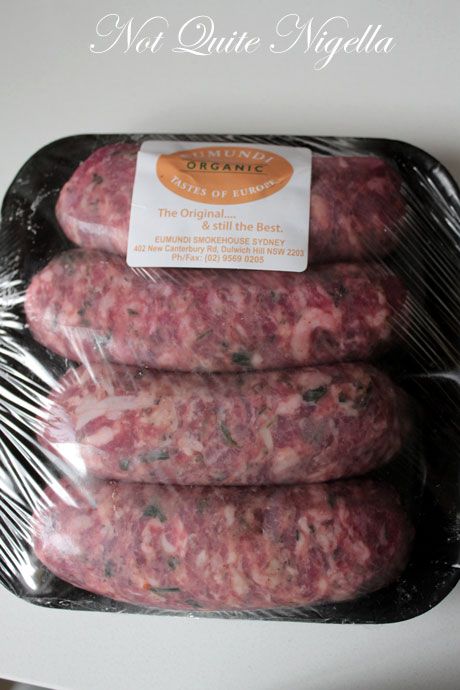 Then last week I went out to an event on a miserable rainy Autumn day. By the time I started to head home (I should have taken a cab really) my favourite boots were wet and even though it was just after 4.30pm the sky was almost as dark as midnight. I thought about this dish while trudging through the city and avoiding puddles while simultaneously trying to protect my favourite boots as well as my camera bag (a fruitless effort you see and nigh on impossible to do) . I stopped into David Jones and picked up some wild rocket. It would be tonight where I would make this dish. While it was baking for an hour, I would be defrosting in a bubble bath and by the time it was ready, I would have righted myself with the world.

I did so and spent a most enjoyable time reading trashy mags while in the bathtub while the aroma of wine and tomato baked sausages wafted throughout the apartment. I then cooked the polenta and dressed the rocket and it was ready by that time Mr NQN had come home hungry and also wet. We ate these sausages like it was a last meal with some wonderfully crusty bread slices and then vowed to make it again in a couple of night's time (which we did). And that's how I'm convinced that one can survive a cold, wet, rainy day.

So tell me Dear Reader, how do you right yourself with the world after being jostled about? 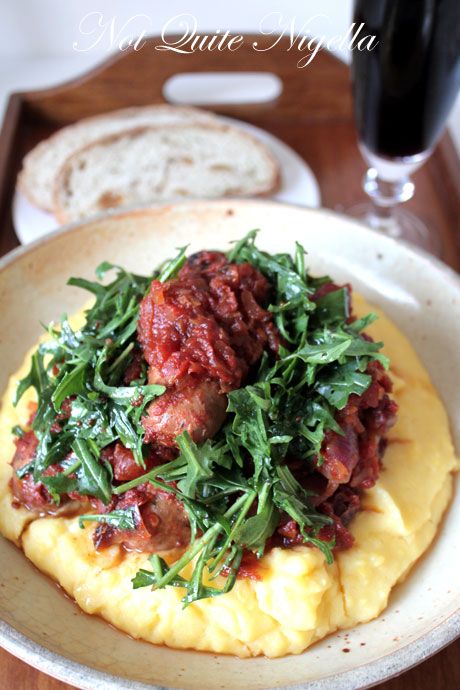 Step 1 - Preheat oven to 180C/350F. In a cast iron pot or an oven proof pot with lid (or you can cover a baking dish with foil) and brown the sausages in oil. Once browned, turn onto low heat and cook onion and garlic until soft.  Add tomatoes and wine and cover with lid and bake for 1 hour. Busy yourself during this time by doing crucial things like reading trashy magazines in the bath to catch up on essential world current affairs. 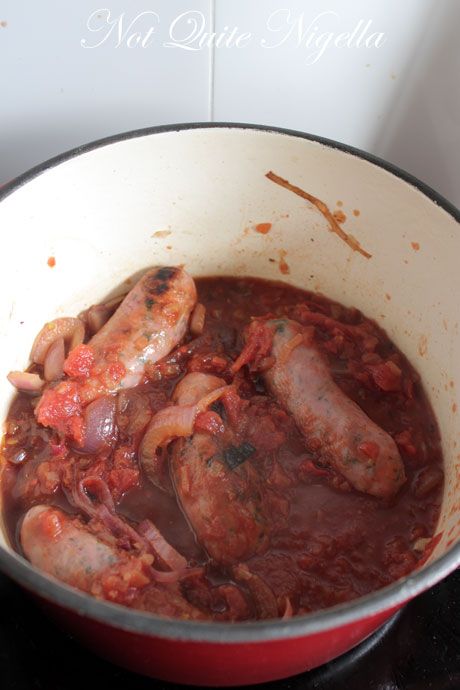 Step 2 - When 50 minutes has passed, you can start on the polenta. It doesn't take long to do especially if it's the instant kind. In a medium sized pot, bring the water to the boil and add 2 teaspoons of salt. Using a whisk, add in polenta whisking constantly to get rid of any lumps. Add in butter and keep whisking-it will end up being like mashed potato.

Step 3 - Scoop the polenta into a large bowl or individual bowls. Place sausages on top with the tomatoes. As Fergus says "Discipline rocket with a few chops and dress in mustard and vinaigrette. Then make a like a dumper truck with the rocket on top of your dish - something green for the children to complain about". 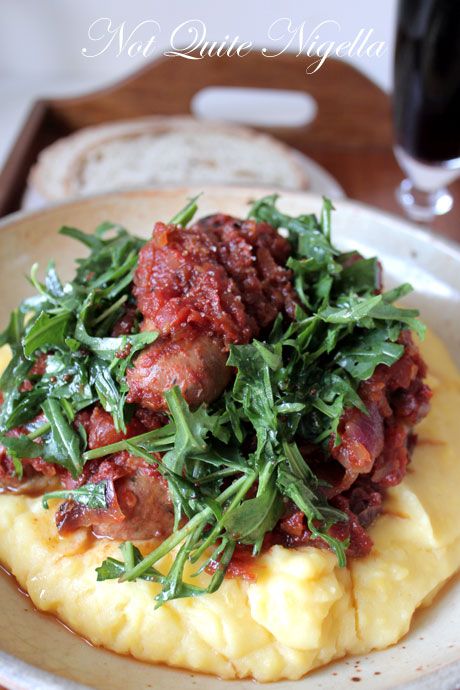