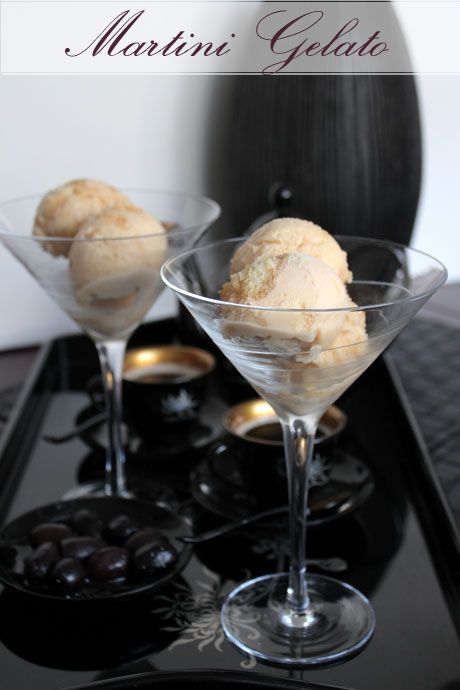 I'm sure Lorraine would like it if I did it more often though I don't cook very much at all. I used to cook every two years though I've been slack for the last few years. From time to time I've looked at cookbooks thinking about things I could possibly cook. A while back Lorraine gave me a book to read and thought I might enjoy the challenge of making something from it. I had a good look and was semi serious about making something though there was a little issue. The book was Heston Blumenthal's Fat Duck Cookbook. While some of the recipes didn't look impossible, the requirement for a fully kitted laboratory put a damper on my enthusiasm ;) 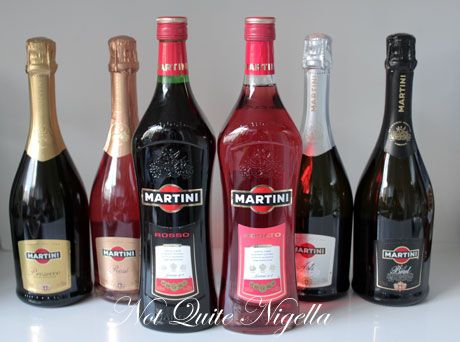 Fast forward to just recently when Martini invited me on my first progressive dinner. Well they invited Lorraine but she couldn't go so I happily took her place. We started at Omerta for drinks, dinner and more drinks at A Tavola before moving along to Gelato Messina where a gelato has been specially created for us. It was a Martini flavoured Gelato. I'm not a huge fan of alcohol in desserts as more often than not the alcohol is far too overpowering, this however was nicely balanced with a distinctive Martini Rosso flavour. We finished our dinner with an espresso martini at Coluzzi Bar.

I thought that perhaps I should have another shot at some cooking though on a slightly more realistic level than trying one of Heston's dishes. The gelato was delicious and actually realistic to create one afternoon. 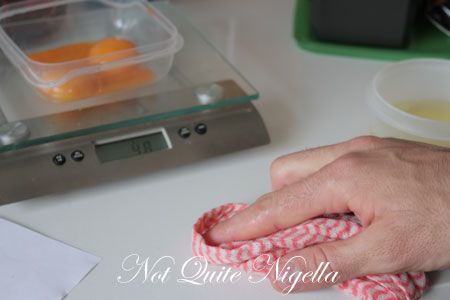 Lorraine couldn't resist taking the photo above (she was mumbling something about "rare occurrence" and me cleaning). She said it reminded her of this book which I may buy her one day to keep her off my back ;) 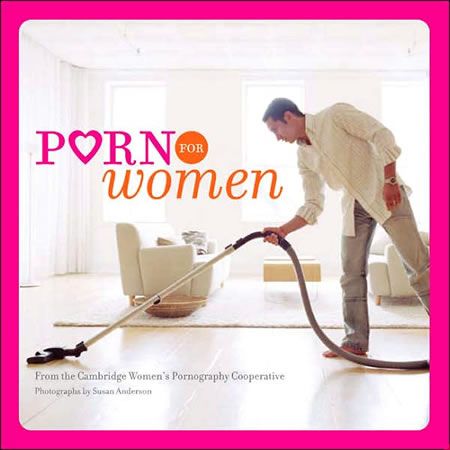 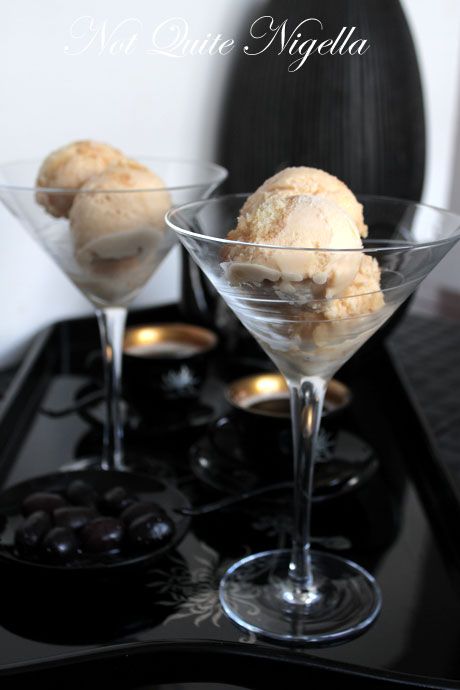 It was fun cooking this though interesting to see differing styles. I was very happy to be pedantic and take it slowly waiting for the exact temperature to be achieved no matter how long it took while following the recipe exactly*. Lorraine however is a little less patient (ok a lot less patient) and kept hassling me to hurry up due to the low light and picture taking. She said that as long as it was a smooth custard base then the ice cream would work but I wanted it to be exact with the temperature. She left the kitchen muttering to herself "so pedantic...".

So tell me Dear Reader who washes the dishes at your house? 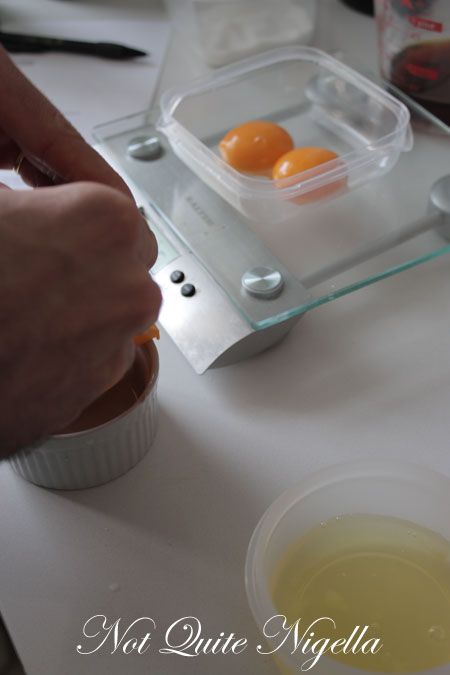 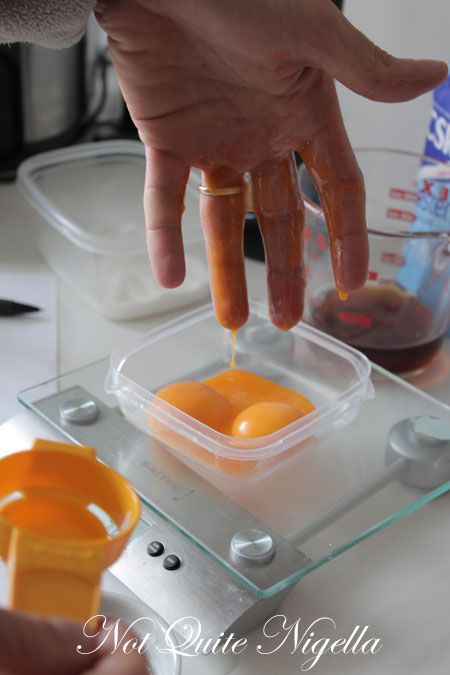 Step 1 - Heat up milk & cream to 70°C. Whisk in sugar and Martini Bianco. Whisk in egg yolks. Keep above 65 C for 30 min over double boiler whisking every 5 minutes (do not over heat or eggs will split). 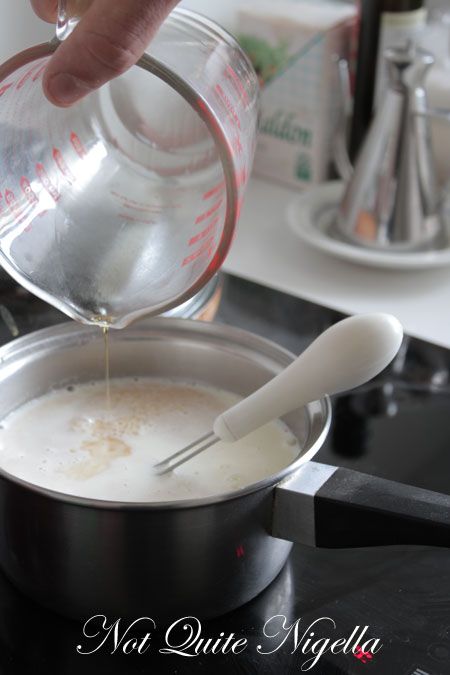 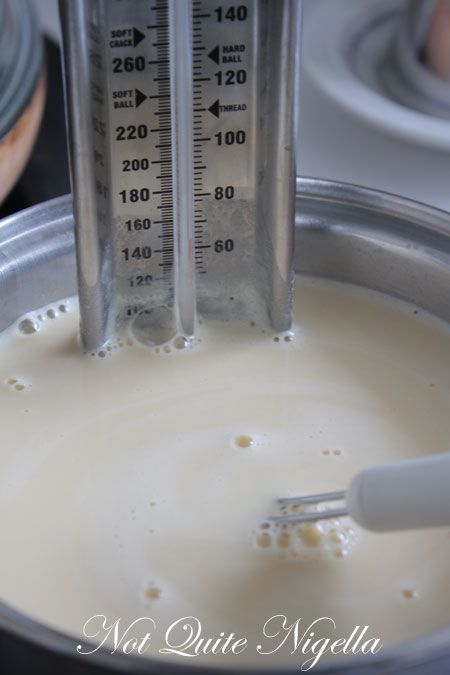 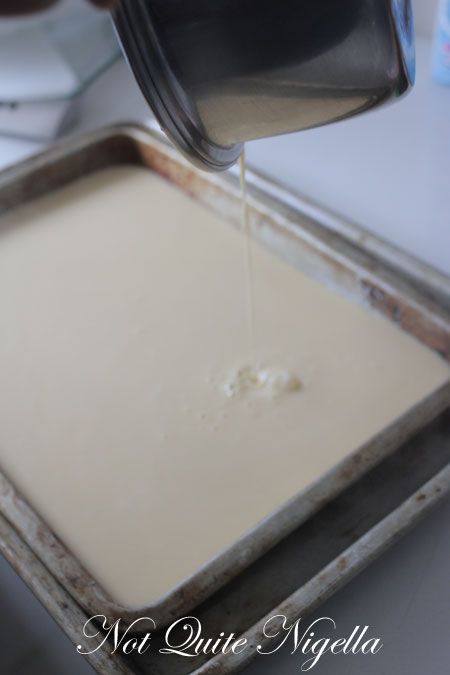 Step 1 - Heat up water, Martini Rosso & sugar and simmer for a few minutes. Place the Saviordi biscuits on a tray (sugar side down) and pour the soak over until they absorb all the liquid. Let stand for 1 hour then place in fridge to cool. 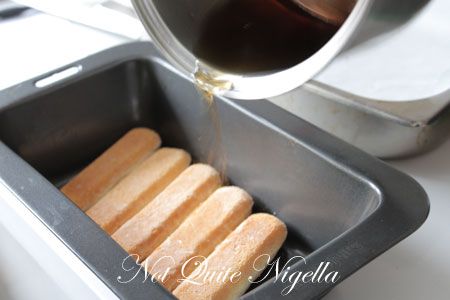 Once you have churned the gelato, take out the biscuits and make layers like a tiramisu or trifle, using the gelato & the Martini Rosso soaked biscuits. Collect points from spouse and relax for another two years  knowing that you don't have to cook again for that time period ;) 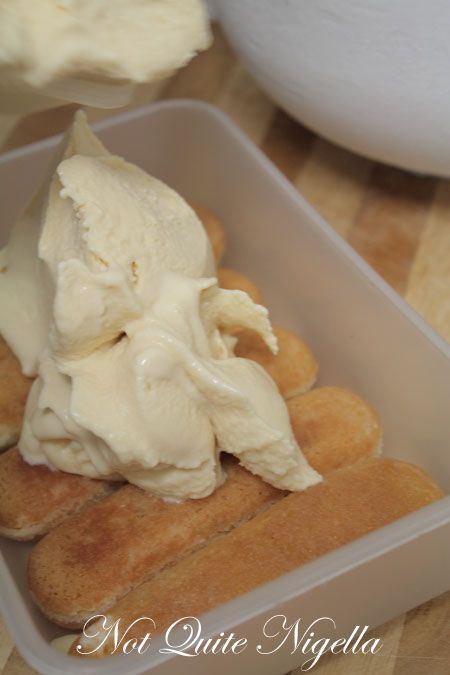 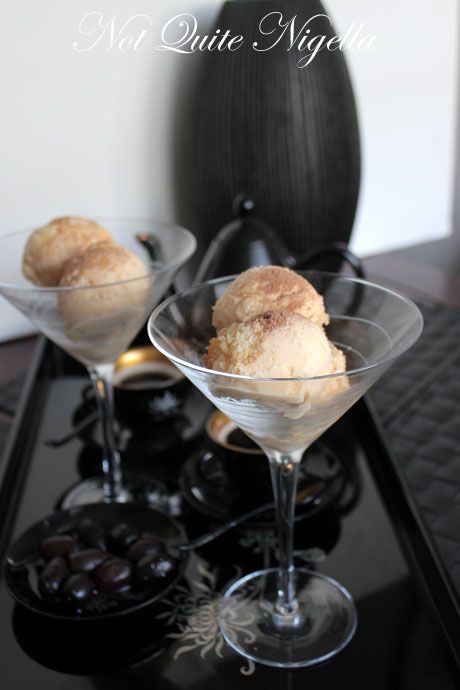