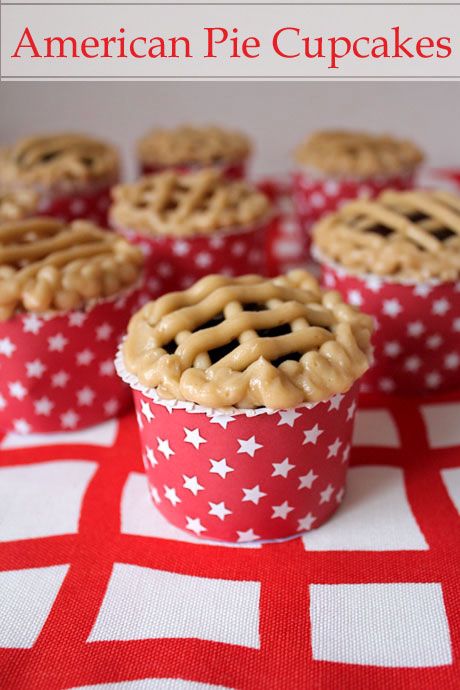 Jetlag is an awful thing. Just when you think you have gotten a handle on it, you start nodding asleep at inopportune times. We had just arrived back to Sydney after a fantastic 12 day trip overseas and at 9pm that night we were fast asleep. We had, somehow, and through the miracle of travel, turned into my parents :P . 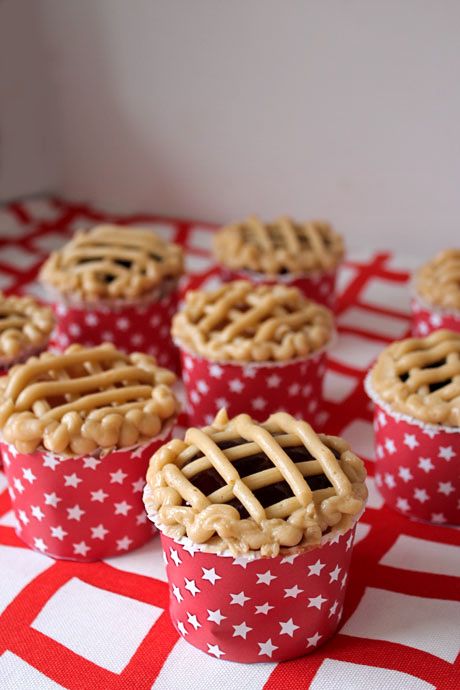 I used to love flying but nowadays find it hard to sleep on planes as I can't sleep in a sitting up position. I've often traded on flights being half full and so I can stretch out along four seats and sleep to my heart's content. I've thought of bringing  a blow up pouf so that I can elevate my legs but Mr NQN wouldn't let me. Something about  seeming like a lunatic or something.... So instead like a good husband he became my leg rest and I found myself sleeping a good eight hours on the flight home. It didn't stop me from waking up at a bizarre time or nodding off at rather crucial times - try a business related phone call one afternoon. My impulse to sleep was so strong that I had to beg off the phone call and crawl into bed to sleep without drawing the curtains only to be woken up by the Winter sunshine a few hours later. 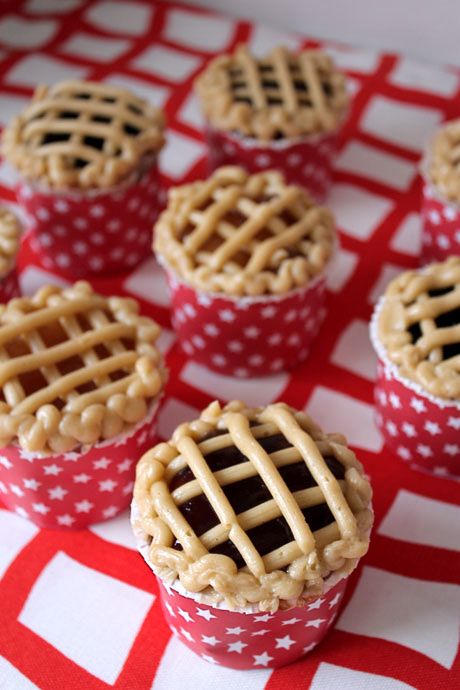 After my quick trip to Los Angeles, I wanted to make something else typically American. After all I am not too secretly obsessed with the country and after burgers (and I made cheeseburger cupcakes here) I saw these American Pie cupcakes here from Cute  Cupakes All The Time who featured my brain cupcakes (ok brain cupcakes aren't really cute as such, but you hopefully get my drift). They originally made them with pie filling and fresh berries but berries aren't in season at the moment and I didn't want to use canned pie filling so I used jam instead. Until I visited North America I never understood how people could make berry pies as the price of fresh berries in Australia is so high. In North America I spied huge punnets of fresh blueberries for $2 whereas we would pay close to $25 for the same punnet here. Aha! So that's how they do it! ;)

I made two kinds of cupcakes, one with a pie crust and one without just to see if I could upp the pieness of them. Mr NQN didn't like the pie crust too much and to be honest I didn't think it really needed it either so I left the pie crust out of the recipe. If you really want to make it with one, simply cut out circles in some ready made shortcrust pastry and bake it blind in the cupcake liner for 15 minutes. The cupcakes were soft and with a generous amount of my favourite jam and some buttercream on top, they satisfied my somewhat insatiable urge for Americana.

So tell me Dear Reader, any tips on combating jetlag? And do you find it hard to sleep on planes?

Step 1 - Preheat oven to 180°C and line a cupcake tray with cupcake liners.

Step 2 - Sift the flour into a medium bowl, then add a pinch of salt and the caster sugar. In a jug, combine the vegetable oil, egg and buttermilk and whisk. Add the wet mixture to the dry mixture and stir to only just combine. It will be thick and puffy so you will need to spoon it into the cases. Fill them about 2/3 full.

Step 3 - Bake for 20 minutes or until a skewer inserted comes out clean. Remove from the oven and set aside to cool. 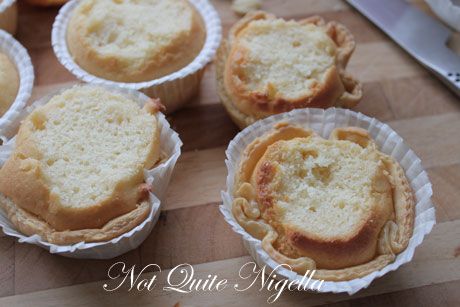 Step 4 - Slice off the top of the cupcakes so that they are flat. You could also use plain flour but I wanted a slightly aerated cupcake so I used self raising and sliced off the tops. 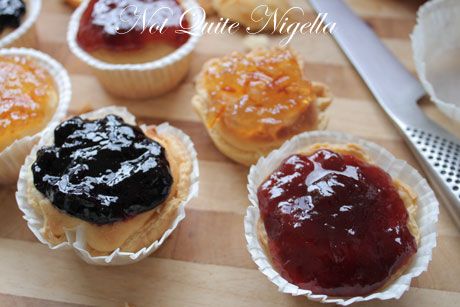 Step 5 - Spread jam on top of the cupcake. Then using the tinted buttercream, place in a piping bag. 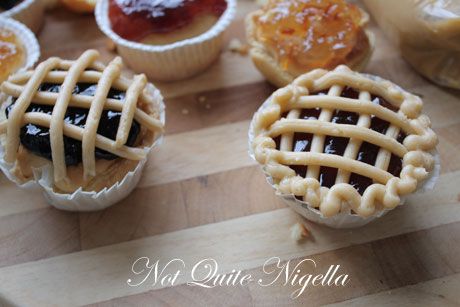 Step 6 - Start off with a cross hatch pattern. That is, pipe four lines vertically and then pipe four lines horizontally. Then pipe a frill border around the cupcake to simulate a fluted pie crust. 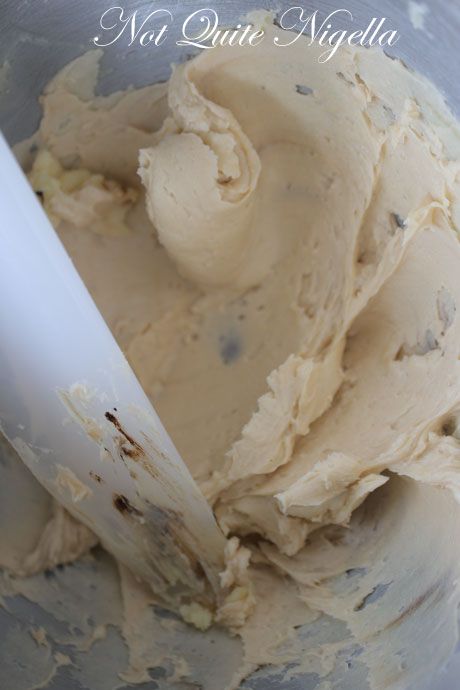 Step 5 - For the buttercream, beat butter in a small bowl with electric mixer until light and fluffy, beat in colouring and then sifted icing sugar and milk in two batches until fluffy (about five minutes). 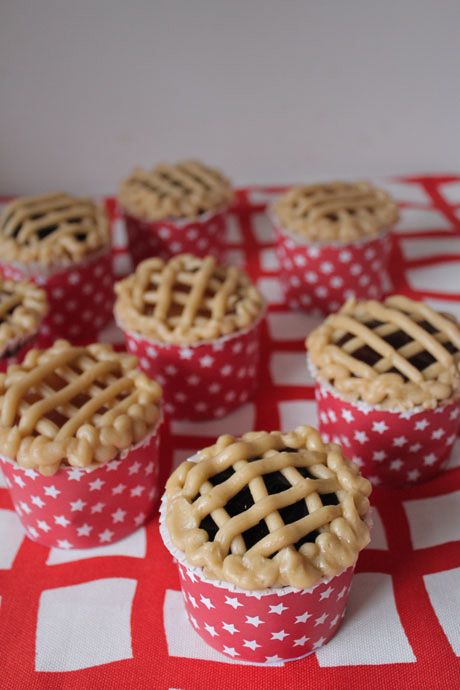