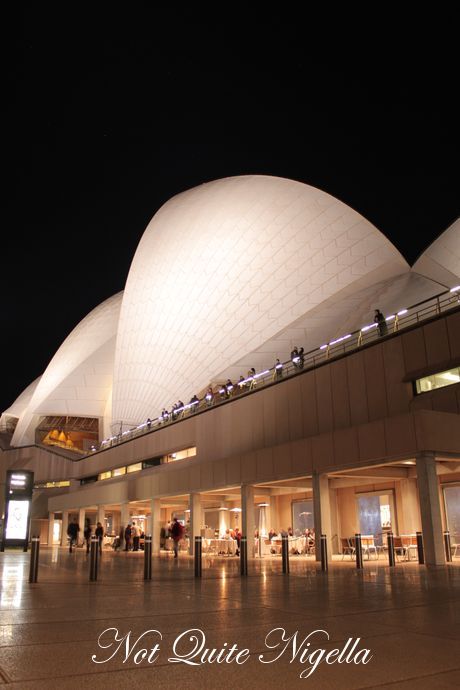 Date Night was a concept I always thought that we'd never need. Mr NQN and I are such a team and we virtually live in each other's pockets that the idea of having a particular night just to ourselves seems unnecessary. Until a furiously busy amount of travelling this past couple of months (Canada, Los Angeles, Hamilton Island, Canberra and South Australia in the space of a few weeks) meant that we just wanted a weekend at home with each other.

We had  a show to see (more on that later ;) ) and we wanted a place that would serve us quickly but not a fast food meal. A pre theatre would be ideal and so we honed in on where else but the Sydney Opera House. The Studio Cafe there was said to be a hidden gem with good food and an absolutely killer view. 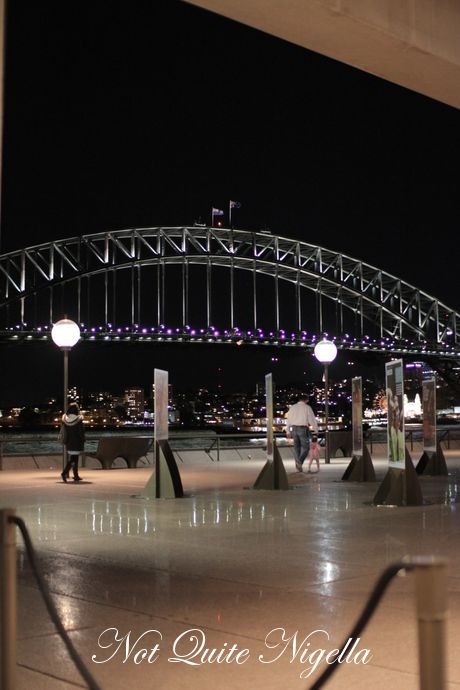 We walk along the western promenade and up the stairs. The Studio Cafe occupies a prime position. I recall hearing from my friend The Second Wife that the North facing area of the Opera House is one of the most expensive places to hold a function and this is just west of that. There are flame column heaters burning and each table has a chair with a colourful cushion on it. 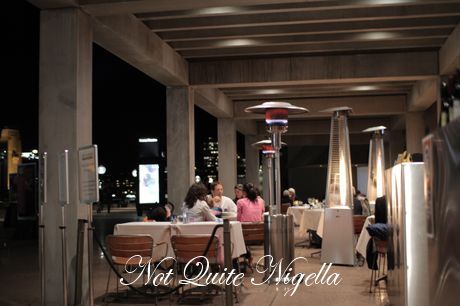 They ask us what time our show is as they guarantee to have you on your way within 40 minutes. You can also eat your entree and main and then opt to have your dessert after the show if you wish. We choose one selection from the pre theatre menu which is 1 course plus wine, tea or coffee for $25 or 2 courses with wine tea or coffee for $35.  I want to try the seafood linguine  while Mr NQN selects the orecchiette with smoked ham hock and peas from the pre theatre menu. When I ask about the antipasto plate the waiter dismisses the idea saying that it is tiny. Wow, that is certainly honest! 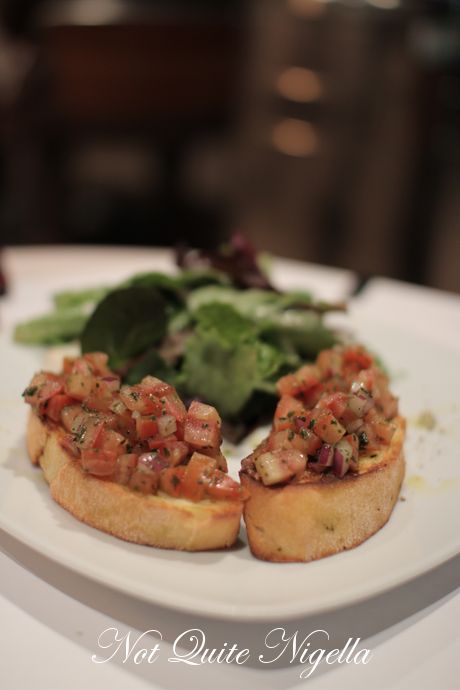 We start with some tomato bruschetta. True to form the food comes out within about 10 minutes or so. The bruschetta is crunchy and topped with finely diced tomato and red onion. 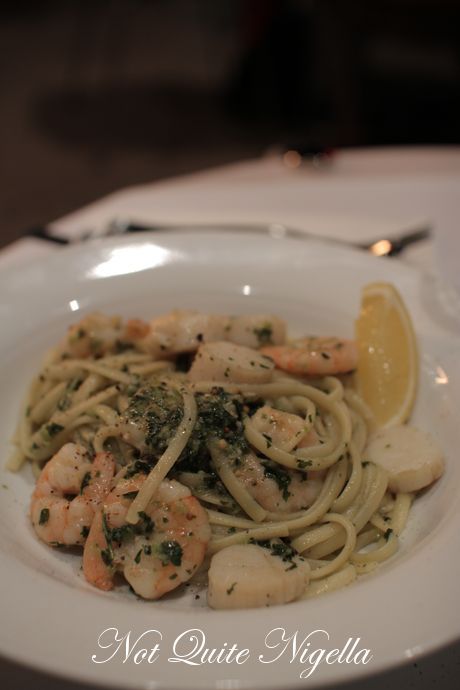 I squeeze the lemon on top of the sefood linguine and dig in. It comes with a tangy salsa verde and a hint of anchovy and a generous amount of seafood and what looks to be Australian scallops. The pasta is al dente and the lemon juice, garlic and parsley gives it a good flavour although I don't taste much chilli. 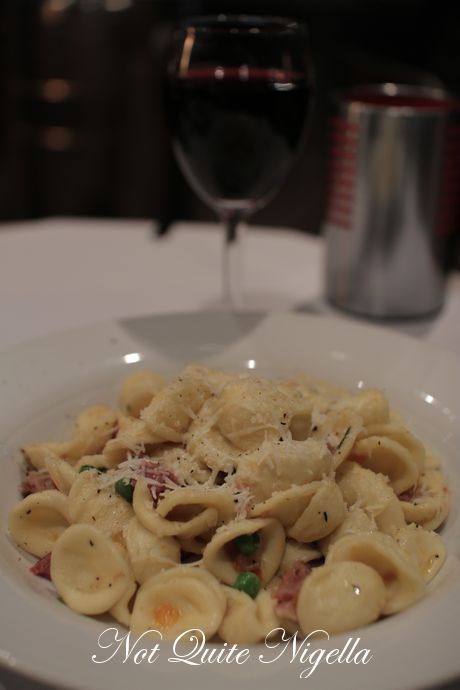 Orechiette with smoked ham hock, truffle, peas and pecorino with Hungerford Shiraz $25 (or $35 with dessert)

I try some of Mr NQN's orechiette (which means "little ears" due to its shape). The smoked ham hock, peas and truffle go well together with the pecorino cheese although I was expecting more of a cream sauce with this whereas there appears to be very little sauce and it is a little dry. 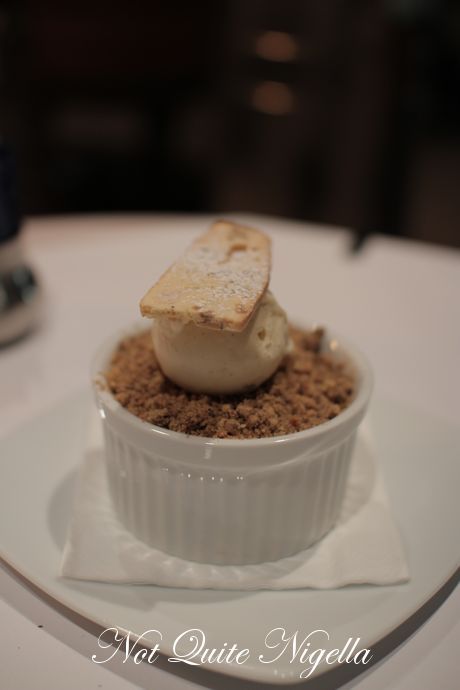 We toss up whether to get a dessert or not. I'm quite full by this stage but then a crumble wafts past us and we relent. The waiter is quite intent on us having two desserts but I beg off. When the crumble arrives I try some and he stops and raises an eyebrow jokingly. "I thought you weren't going to have some?". "Don't you know the wife gets 50% of everything?" I answer continuing to spoon exactly 50% of the crumble into my mouth. There is a nutty brown sugar topping and a layer of apple and plump raisins strong in cinnamon with an after-taste of star anise. the vanilla ice cream is good, proper ice cream with vanilla bean specks.

Bellies full we went off to see Richard Ashcroft at the United Nations of Sound (thanks to Klick!). The band The Verve has a special meaning to us. At our wedding after we said our vows we walked back up the aisle to the Verve's Bittersweet Symphony. It may sound like an odd choice but once we heard Bittersweet Symphony played by a talented church organist we were utterly smitten with the tune!

So tell me Dear Reader, do you ever have Date Nights?