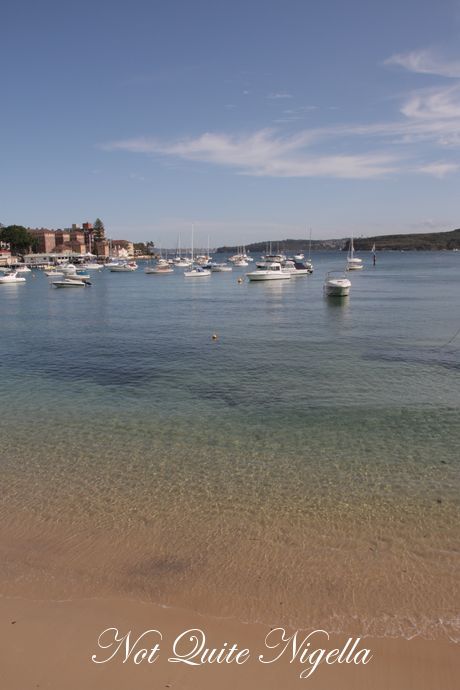 Like children, you should never favour one parent over the other. When we went to celebrate a late Father's Day this year, as we had booked into Garfish Kirriblli for Mother's Day, we booked into Garfish Manly for our belated Father's day. It was aided by the fact that I had a $50 gift voucher from the nice people at Garfish. You see they had seen my review where I was a bit confused at why a sauce was taken away and then replaced and then charged for and sent me the voucher as a way to make up for it. And whilst I never expected them to do that,  I did think that it was a very nice way of them to respond. 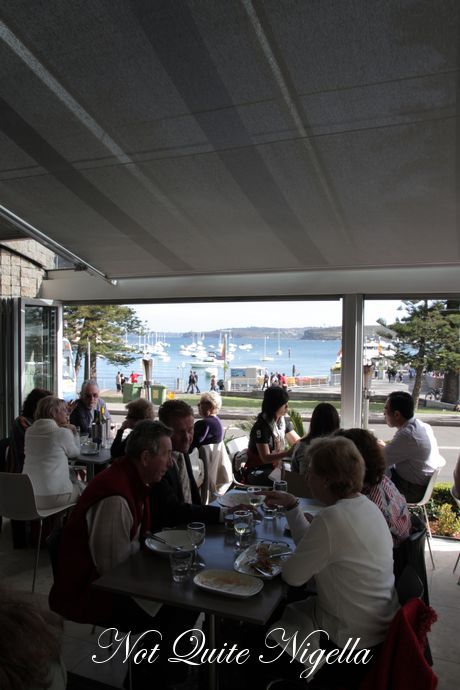 We make a booking at the Manly Garfish which sits opposite the ferry wharf. Interestingly, even though they have our booking, there is no table set aside for us and we received the best available table at the time. As we were eating at 1pm and most of the restaurant was already full this meant that the table was pretty far back form the front and from the view. I think if anything, dining a bit earlier might nab you a prized front table in front of the view. It is an airy, chic very North Shore and Manly dining space with maximum views and lots of light colours and a bar at the side. And there are huge flatscreen televisions which play footage from the open kitchen. 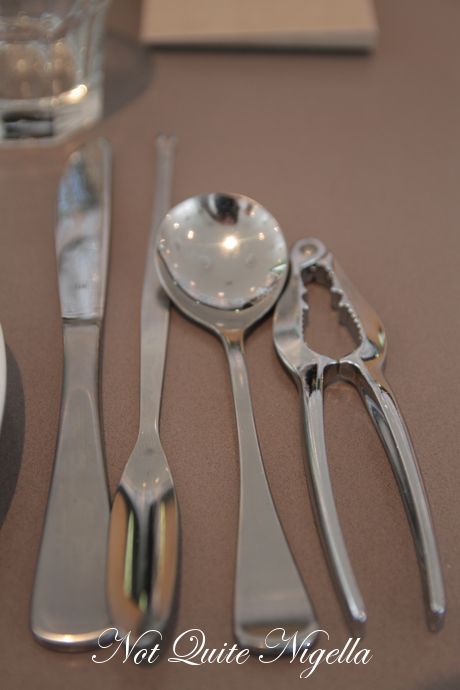 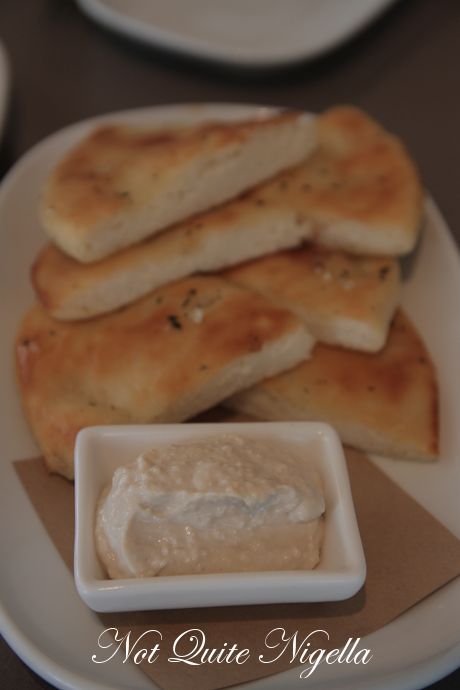 I was hungry as I had missed breakfast and it was getting onto 1:30pm so we ordered some quick tummy fillers. We could have the foccacia with caramelised garlic and rosemary but I am a taramasalata fiend so it was a no brainer for me. The bread is warm and buttery and soft and my mother and I are big fans of the spongey bread and the creamy dip. 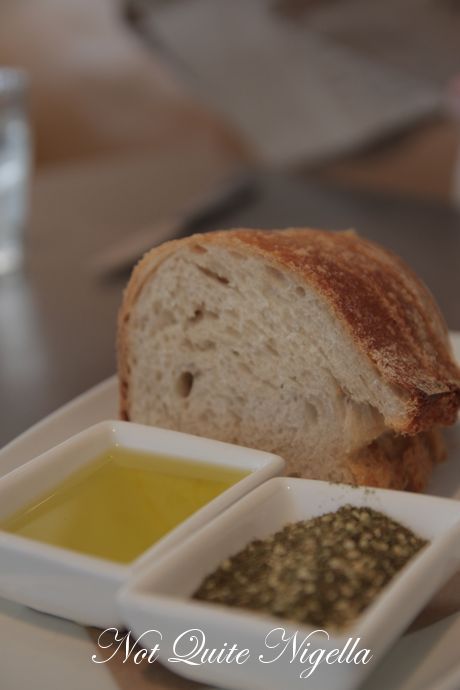 None of us were particularly smitten with the combination here. Perhaps it was because we all really loved the foccacia or maybe none of the three elements really stood out for us. 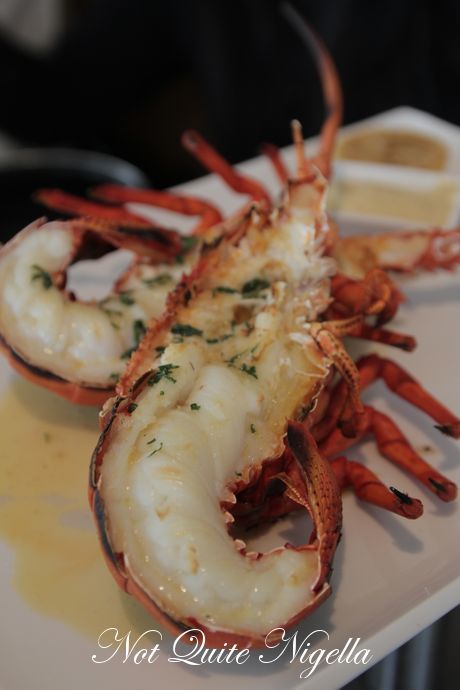 The crab that we loved from last time is not on the menu as it was a market priced item but we make do with lobster. Understand that when I say "make do with lobster" I mean it very tongue in cheek ;) The lobster is priced at $16 per 100grams and they have three left. Our waitress, who is fantastic and much better than the one we had the strange brush with at the Kirribilli location, finds out the exact price and they range from $81-$84. The lobsters are simply brushed with lemon and garlic butter and served with aioli. Comparing it to the crab when it comes out, it's much smaller -the crab was designed to feed two people and it came with salad and bread whereas the lobster doesn't. Whilst the crab was priced for two at $70 this could have been made a meal for two if there was salad and bread that went along with it - I think that many people would be quite delighted to have half a lobster, bread and salad for $40 a person. The lobster meat itself is delicious and the garlic butter is an ideal flavouring for it but the lemon is hard to squeeze any juice out of as they had cooked or baked the lemon and all of the juice had evaporated. 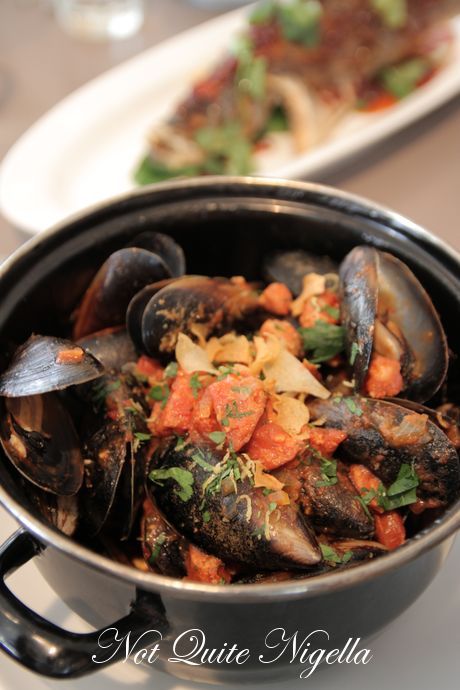 Mr NQN and my dad really liked the mussels with chorizo, tomato, chilli and gremolata herbs. It's tasty indeed but I'm onto the barramundi instead. The sauce is very tomatoey and I try a soft, small mussel with the chorizo which gives it a robust garlic flavour. 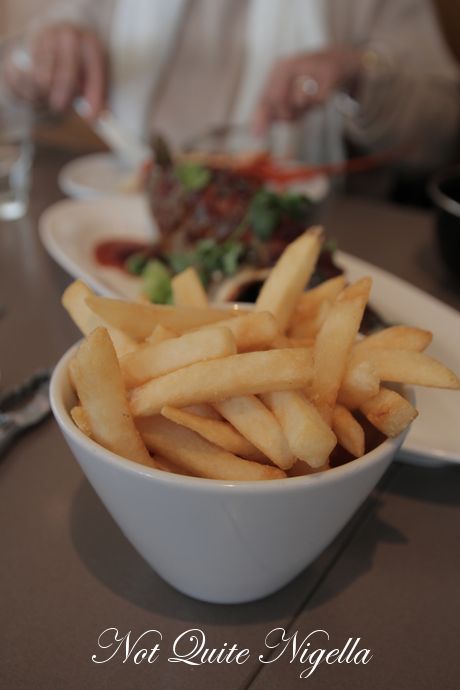 Chips are where places  often disappoint, especially thick cut chips (French fries always seem much safer). Fat ones seem more prone to flouriness. But these are fantastic and well seasoned and golden crisp. 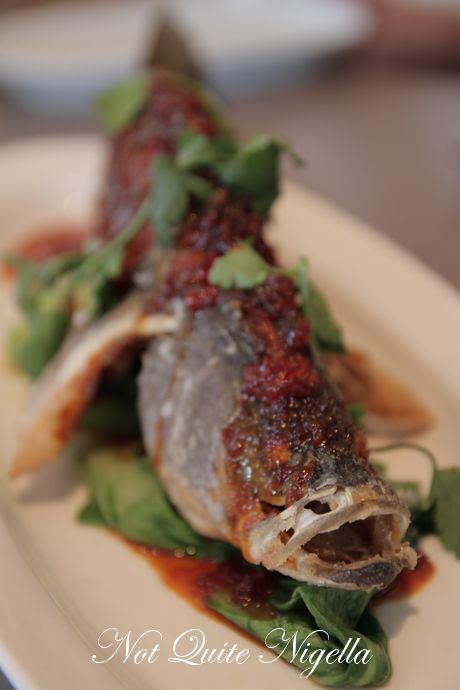 My mother and I both love the baby barramundi although my dad finds the meat a bit too soft for his taste. My mum and I like the sweet chilli sauce and the crispiness of the fish so that it's all sweet and crunchy. In fact we didn't leave any of this behind. Whilst he dessert sounded nice (caramelised banana Paris Brest-yum!) we are just way too full for any more.

Interestingly, there is a bit of a situation with the bill and a few days later I see that we are charged for our meal as well as another table's. This necessitates a  few phone calls and it is over a week before the charges are refunded although they are apologetic about it. I suppose mistakes happen in busy restaurants!

So tell me Dear Reader, do your parents have very different food taste from another? 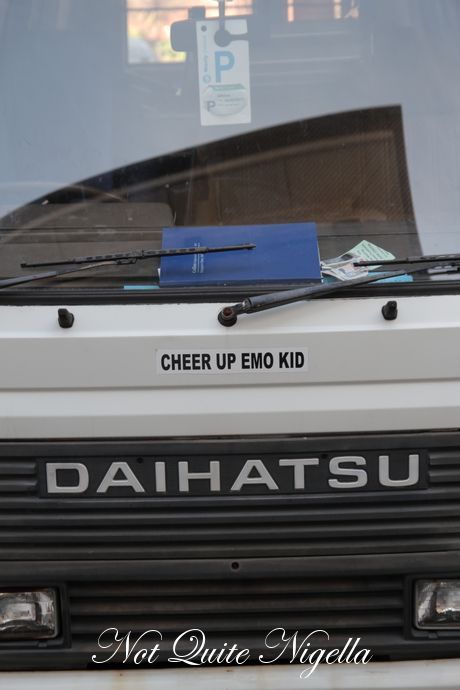 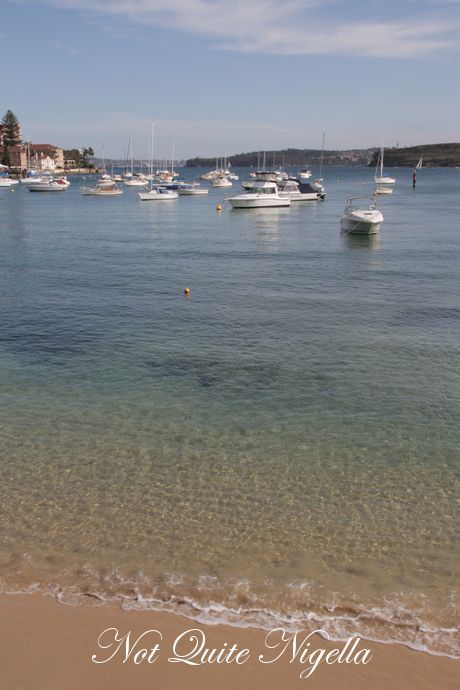 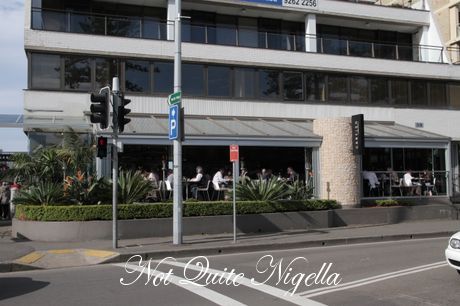