The Bacon & Egg Pie To End All Bacon and Egg Pies! 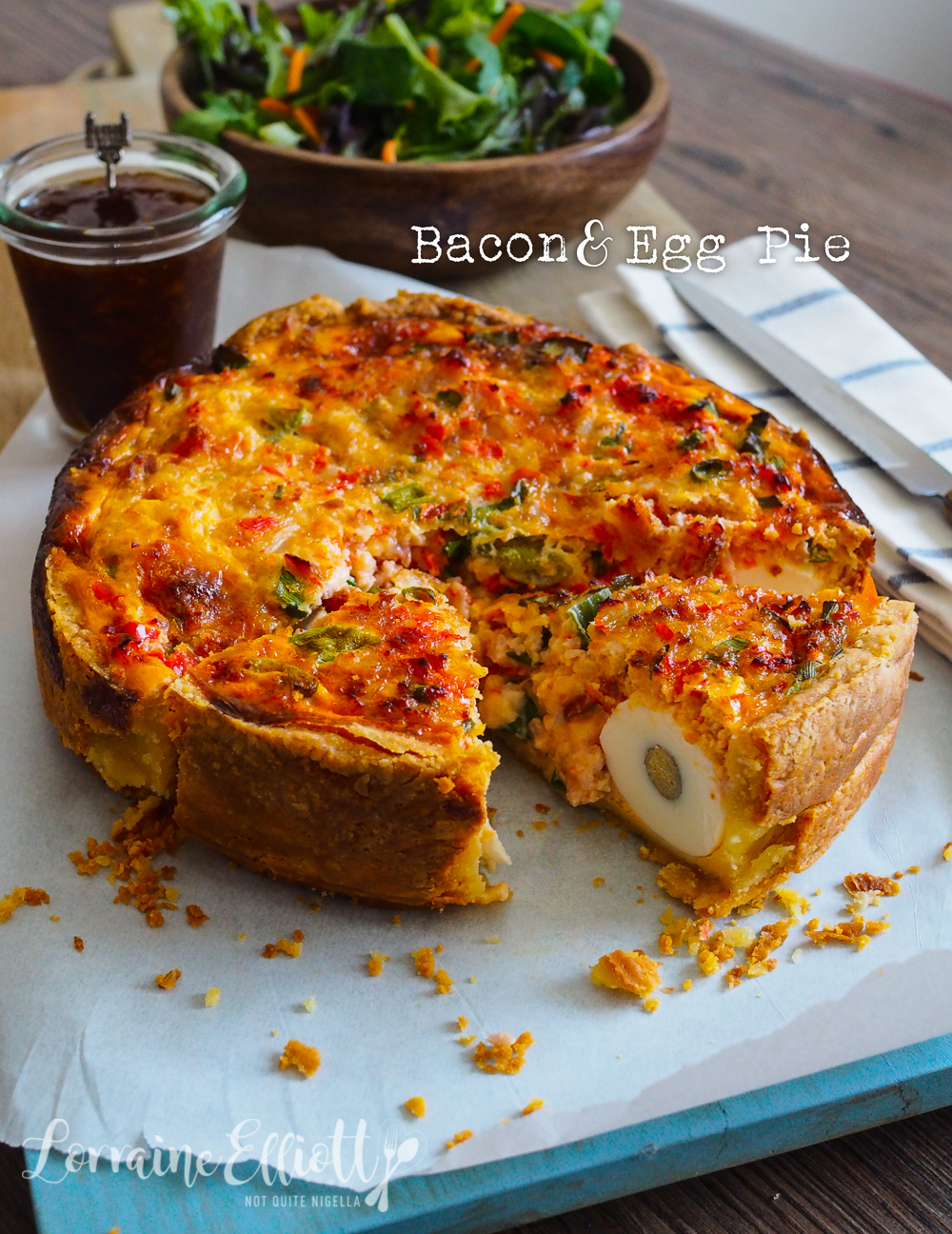 Dear Reader, have I got a treat for you today. If you love bacon and eggs and pies then this might just be the recipe for you. It starts with a short and crumbly sour cream pastry case filled with whole boiled eggs, bacon and cheese. It feeds 8 people for a lunch with salad and it also makes perfect lunchbox fare. And yes this is a pushy recipe if you like bacon and eggs!

The reason why I wanted to make this is because I had stockpiled eggs in a strange gesture of desperation over Christmas ("OMG the shops will be closed for two days, we need all the food!") and I had two dozen that needed to be used. Bacon and egg pie is really more a New Zealand thing than an Australian thing. This is not a New Zealand version and I was really more inspired by the idea than anything else.

I'm sure one day I'll make that version as I love NZ recipes. In their version the eggs are not boiled but they're broken into but not whisked into the filling. This uses boiled eggs and lots of bacon and cheese. I often stockpile eggs because of my cake obsession and I have no doubt that there's no better use for them than a pie like this.

Speaking of uses for eggs and throwing them, Nina, Garth, Mr NQN and I recently went to see The Room, what is touted to be the world's worst movie ever. I've mentioned it before and its cult status among many. Dubbed "the Citizen Kane of bad movies" it was financed by the mysterious writer, director, producer and star Tommy Wiseau. And every month the Orpheum theatre in Cremorne hosts a screening of it.

We booked in for the four of us to go to the January screening and Garth was the only one that had seen the full movie. To my surprise it was held in the biggest screening room and it was completely sold out. I could see some Tommy impersonators and the crowd was very jolly. They provided people with what seemed like unlimited plastic spoons to throw at the screen. The reason behind the spoons is that they movie crew forgot to replace the images in the photo frames with proper photos and so all the frames show pictures of spoons. The boys made a couple of trips to get spoons, returning laden with them. 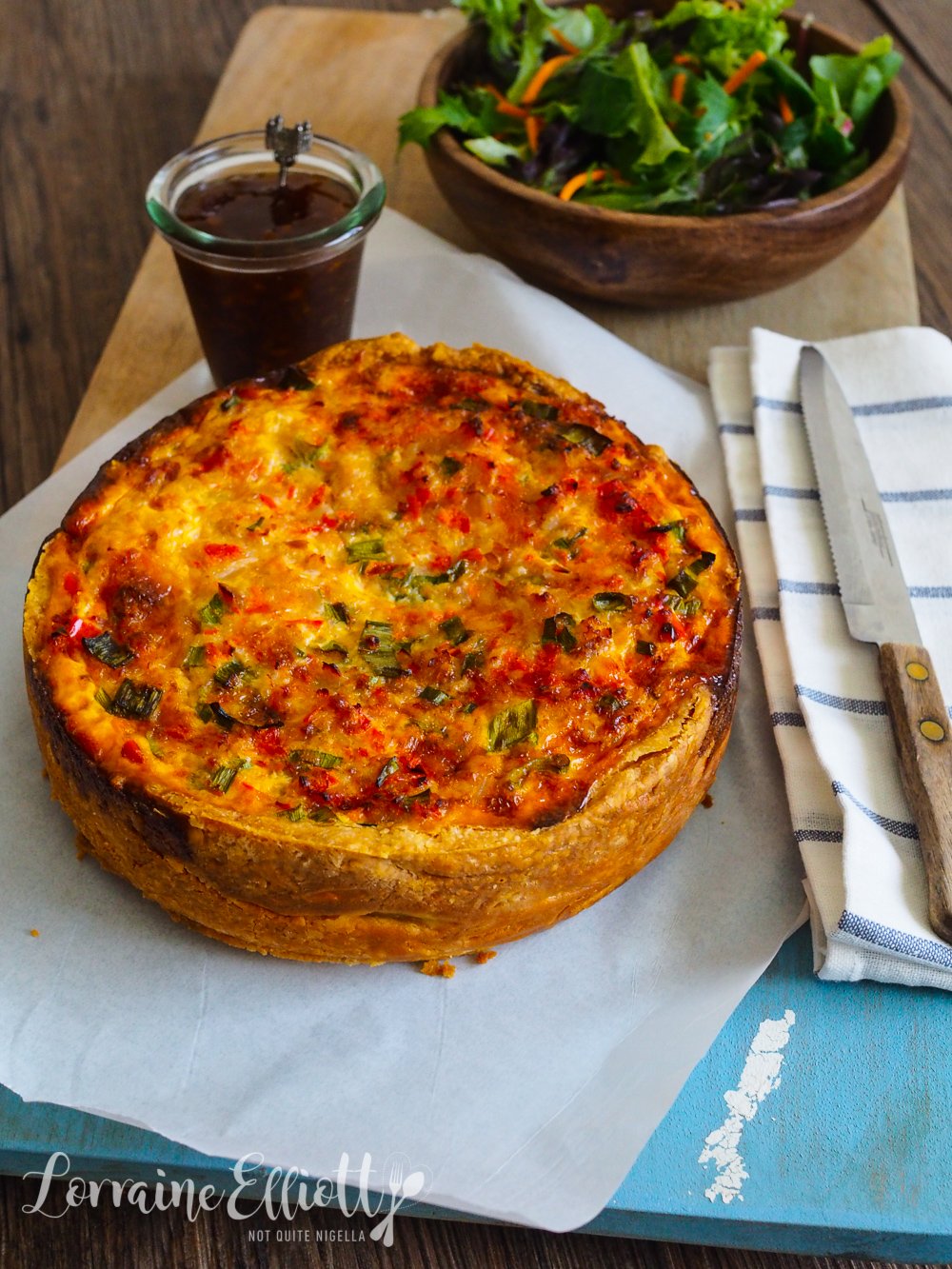 I didn't know what to expect but the atmosphere in the theatre was so much fun. It started with some people doing their best Tommy Wiseau impersonations. The winner was the only woman on the stage who completely nailed his accent and creepy, misguided passion.

The movie was hilariously bad and so misogynistic while the acting was painful to watch and the dialogue awkwardly ridiculous. The plot is about a man called Johnny played by Tommy whose fiance Lisa is cheating on him with his best friend Mark so it's a strange sort of love triangle with all these odd friends and family. Because Tommy was producing, directing and acting in it for the first time, there are some major competency issues. Nothing makes sense. There are numerous sex scenes that are the most unarousing scenes you could imagine (Tommy looks like he is having sex with Lisa's belly button).

I loved it when the first of many sex scenes came on and people in the theatre turned the torches on their phone and swayed back and forth. People yelled out lines from the movie and yelled at the characters to "Shut the door" (because the actors would always leave the front door open when they walked into the room) and "Because you're a woman" (a jibe at the misogyny in the movie).

During the movie they also replaced one actor with another (after they had a falling out with Tommy off camera) without any explanation which made no sense. In fact the whole thing made very little sense and often the film goes out of focus. But it's an experience that we all loved being part of. Oh and next time we'll get more spoons as we quickly ran out of spoons too!

Save your eggs for this pie and make sure to keep your spoons for the movie!

So tell me Dear Reader, have you ever been to one of these special screenings for The Room? And do you stockpile food when the shops are closed? Do you like bacon and eggs?

Step 1 - Place all three ingredient in a food processor and pulse until they come together. Knead into a ball, flatten and cover with cling film. Rest for 1 hour. This can be frozen for up to 6 months too. 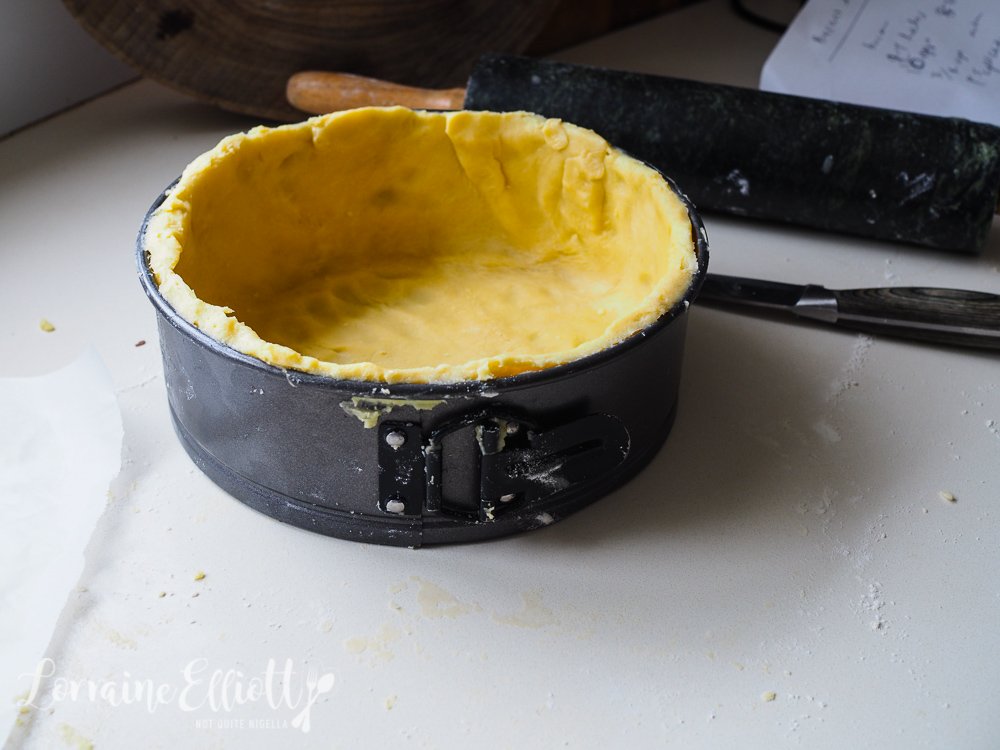 Step 2 - Preheat oven to 200C/400F. Roll out the pastry on a floured surface and place in a 20cm/8inch springform tin. Freeze for 30 minutes. Then line with foil and place pie weights inside. Bake for 15 minutes. Then carefully peel back some of the foil and bake for another 5 minutes. Remove foil and weights. 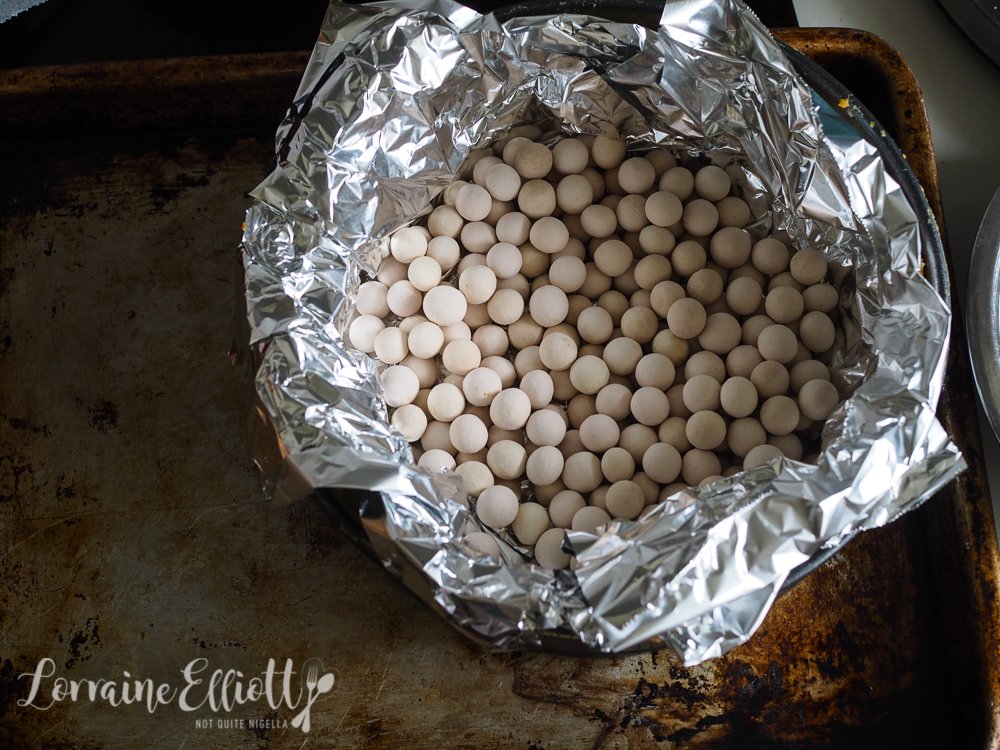 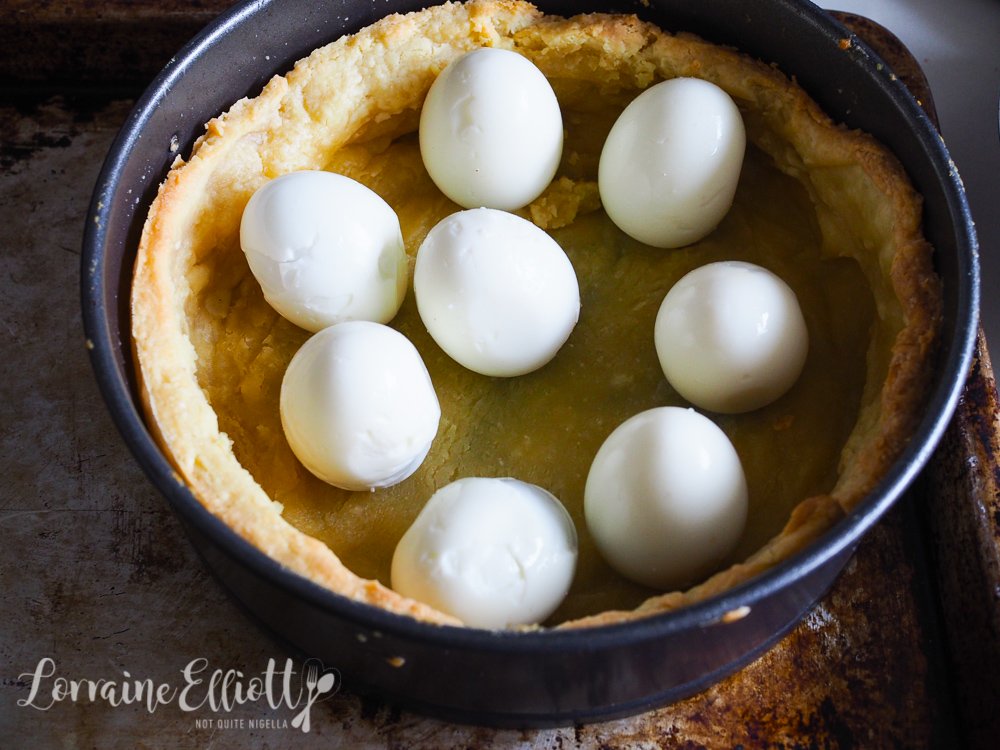 Step 3 - Decrease oven temperature to 180C/350F. Make the filling. Whisk the eggs and the milk together. Mix in the bacon, cheese, green onions and capsicum. Place the boiled eggs on the base of the pastry and then pour the bacon mixture on top. Bake for 55 minutes. 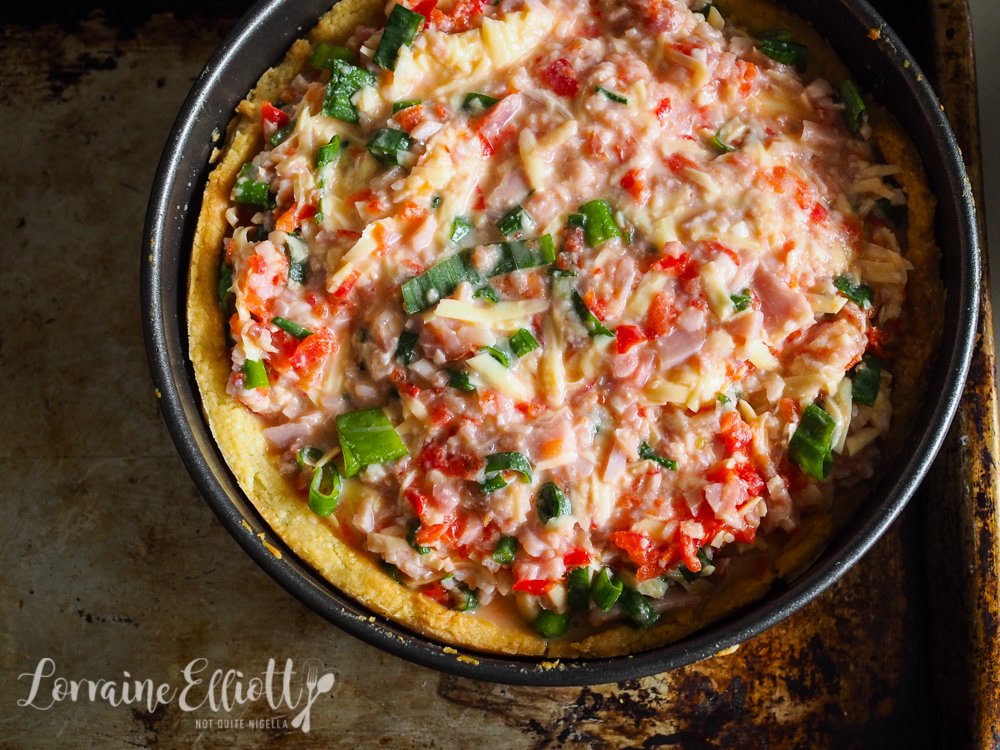 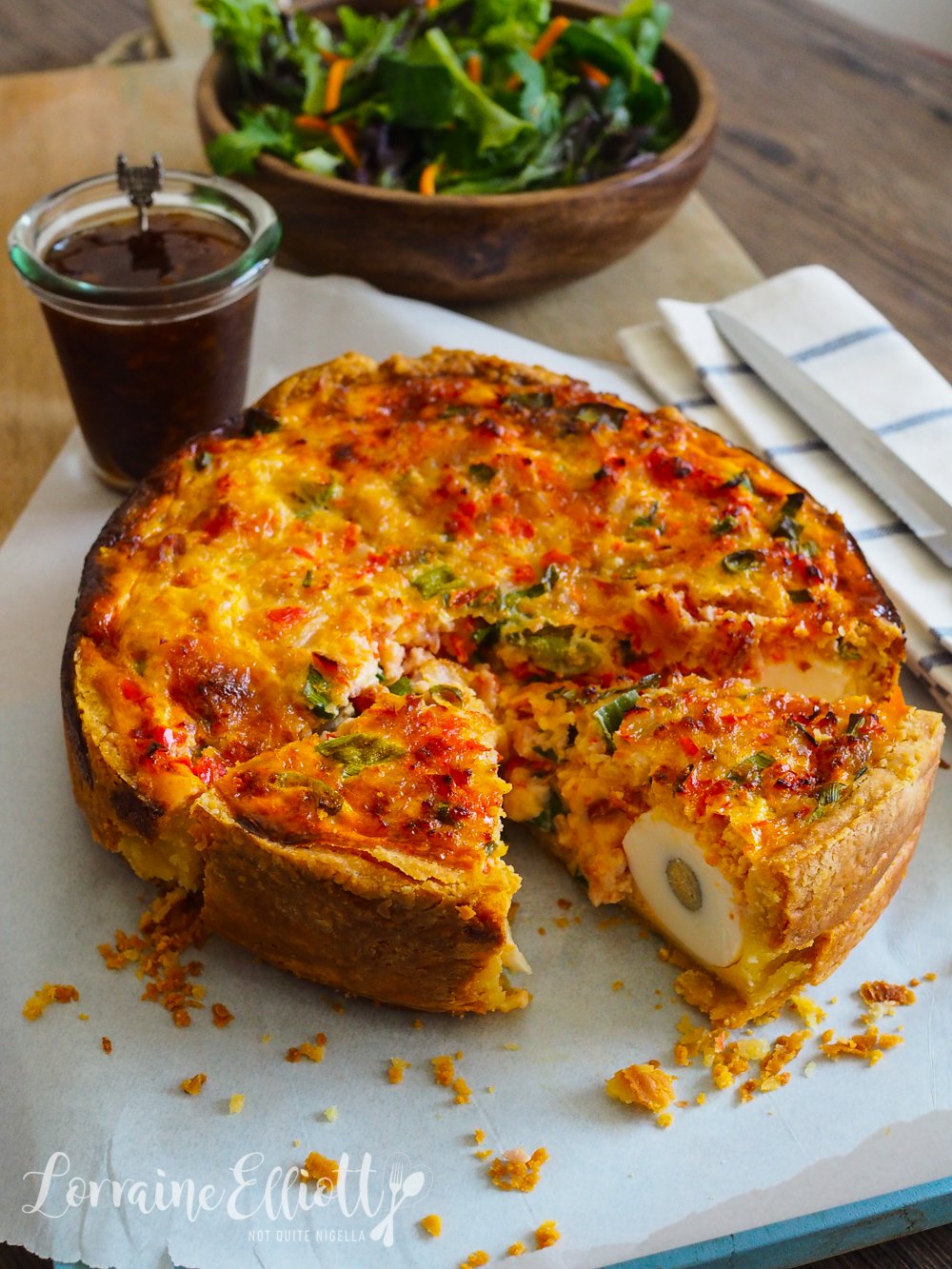