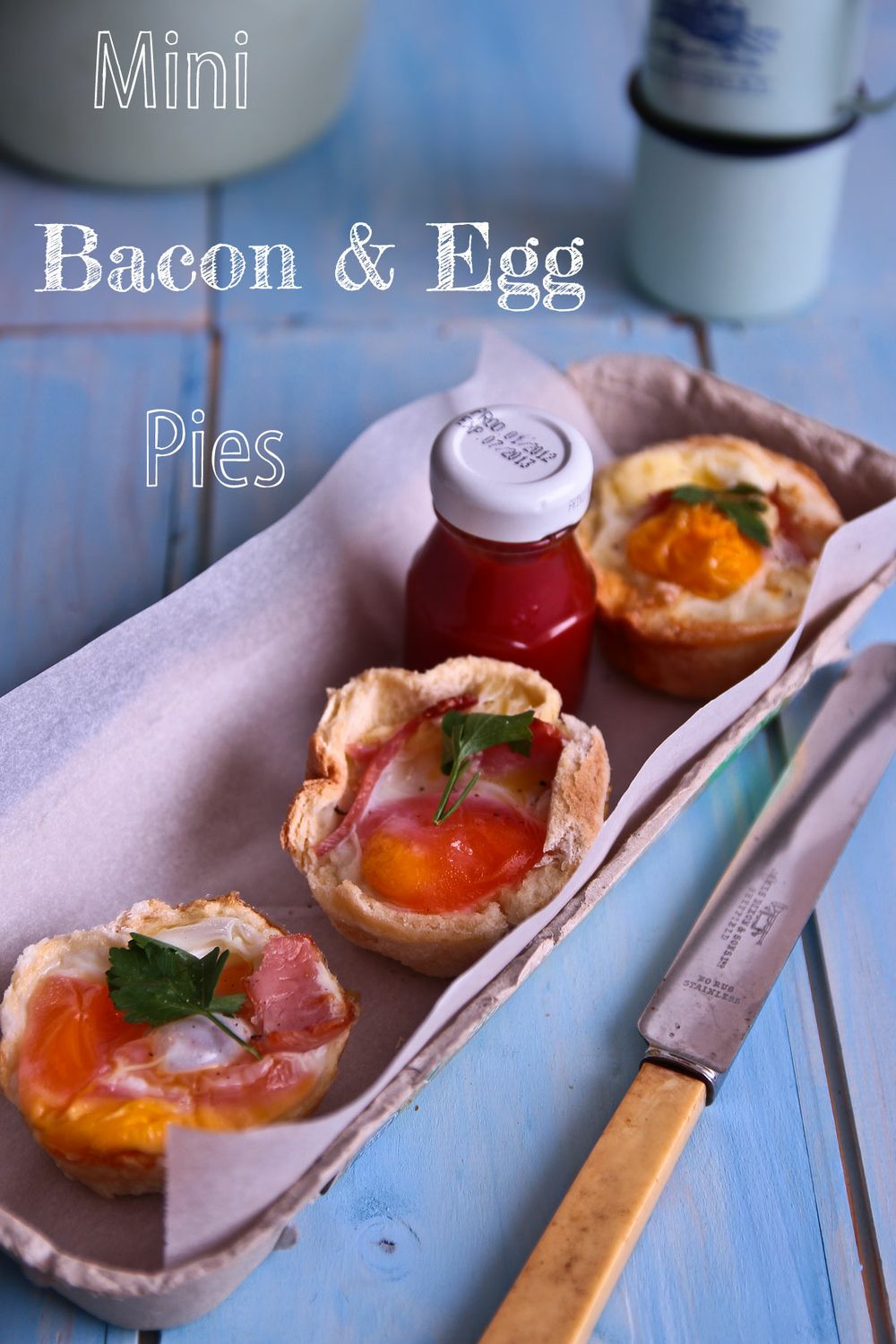 "Can I take a photo of you right now?" Mr NQN said to me. I was back to the computer after about eight hours away from it with no internet access and was sifting through emails. I had no idea that I had an insanely happy expression on my face and that I had had some serious internet withdrawal symptoms.

"Well can I take some photos of you eating those pies?" I asked him. He was in the midst of wolfing down the pies with buttery crumbs all over his shirt. His enormous mouth was in the midst of taking down each pie in two bites. I made these nini bacon and egg pies earlier in the day and  I wasn't sure if he'd like them as he doesn't tend to like pies, cakes or pastries (I know, people like this exist and I married one ;) ). It turned out that he loved them so much, I stopped him at six which was really quite a lot as it was, and put away the rest.

These little pies are really just a slice of bread, flattened out to be pastry thickness with a rolling pin and spread with butter. You pop these into a cupcake tray and fill them with cheese, bacon and crack an egg in the centre and 20 minutes later, you have the most perfect little picnic or breakfast food you can imagine. They're even nice to day after warming them up gently. 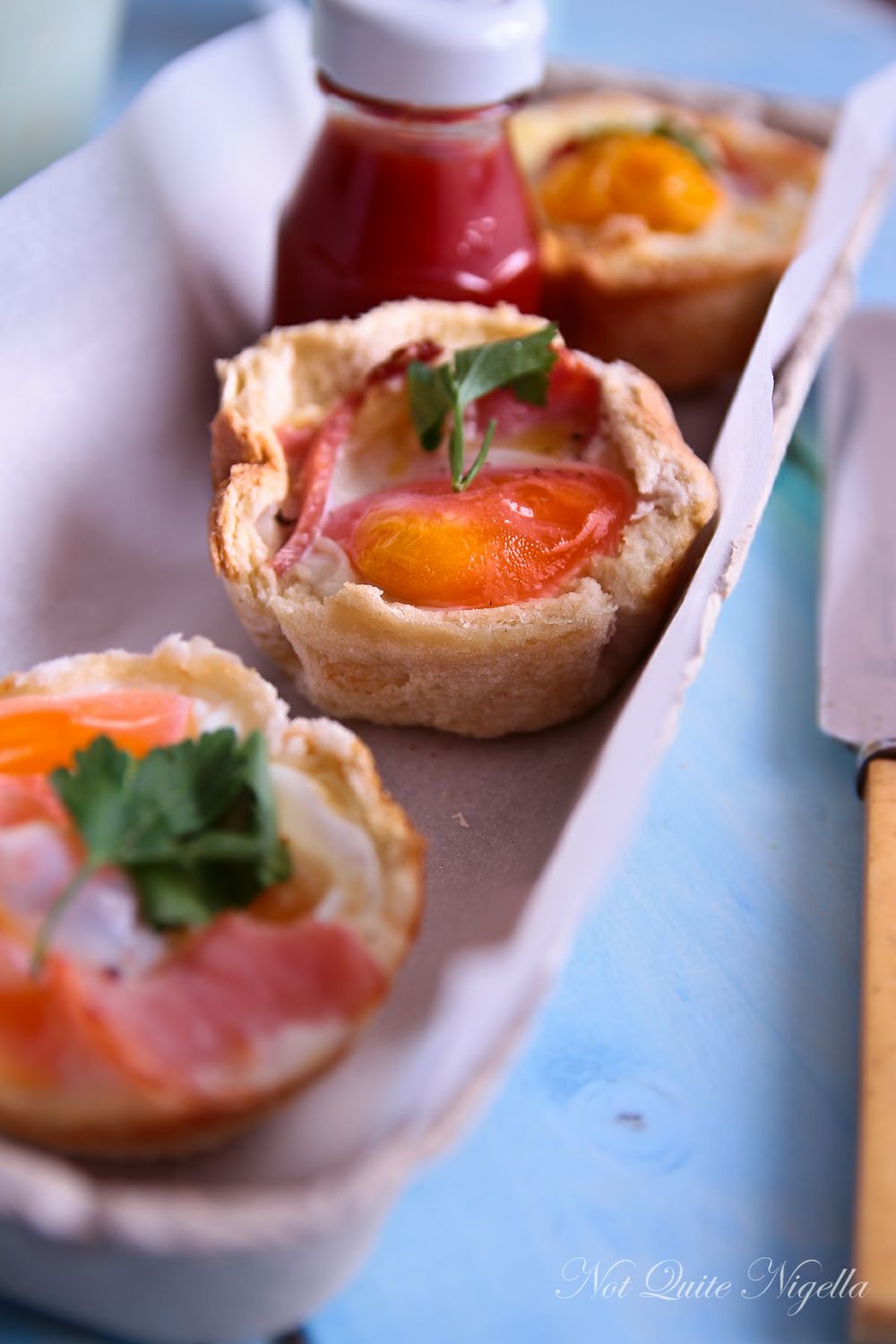 I saw the idea for the pastry case on an English television show while flipping channels, I don't even remember what one it was but it was one about turning ladettes into ladies (but not that actual show) and they were showing them how to make a pastry case using bread. Martha Stewart of course knew about this trick (as I'm sure many of you already did too) and pretty much had done the bacon and egg pies with these bread cases already so I based my recipe on that.

So tell me Dear Reader, what is one item that you can eat a lot of?  And do you worry about the fat content or cholesterol content of items? 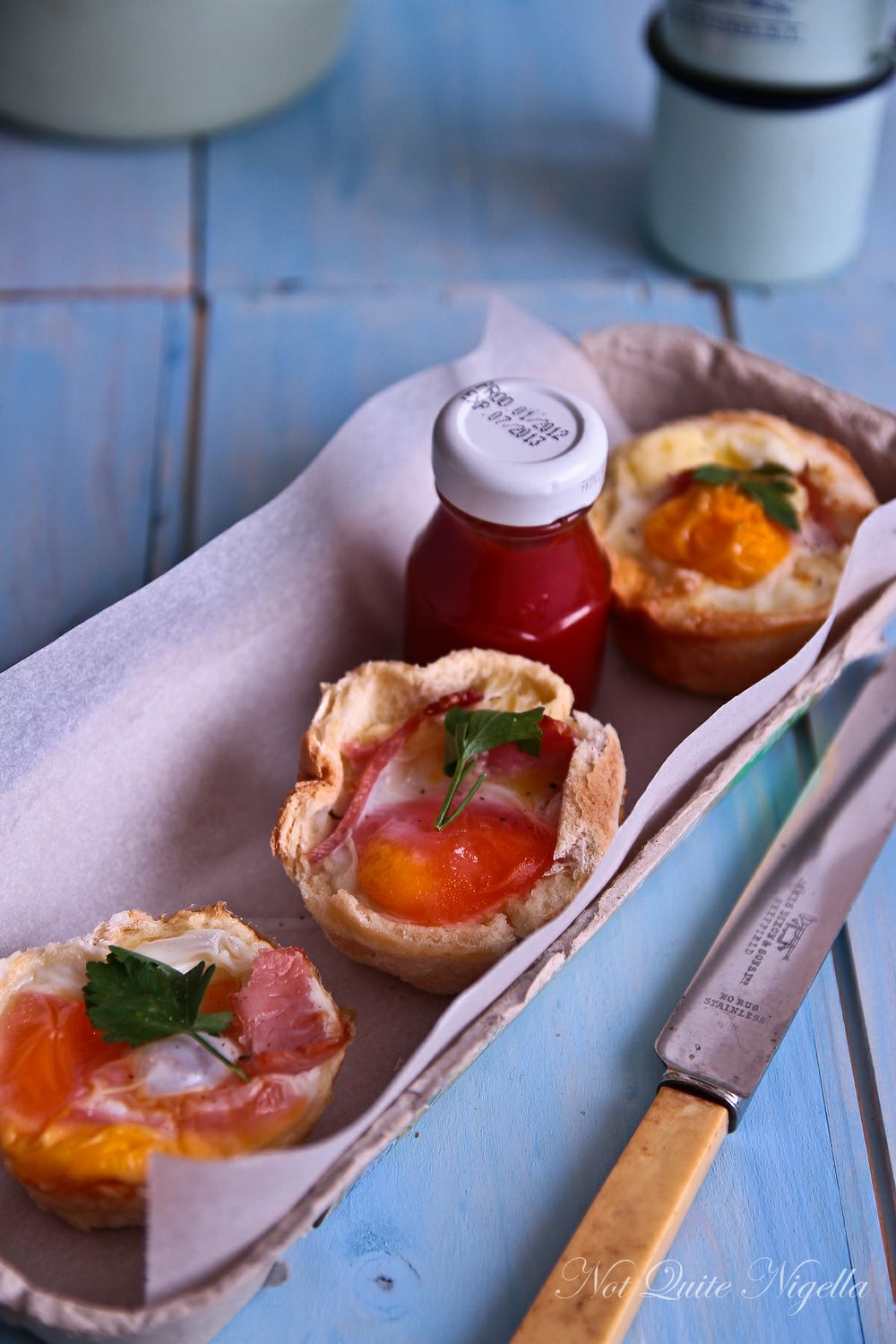 You will also need a cupcake tray, a rolling pin and a large round cutter-I used a 8.5cm/3.5inch cutter 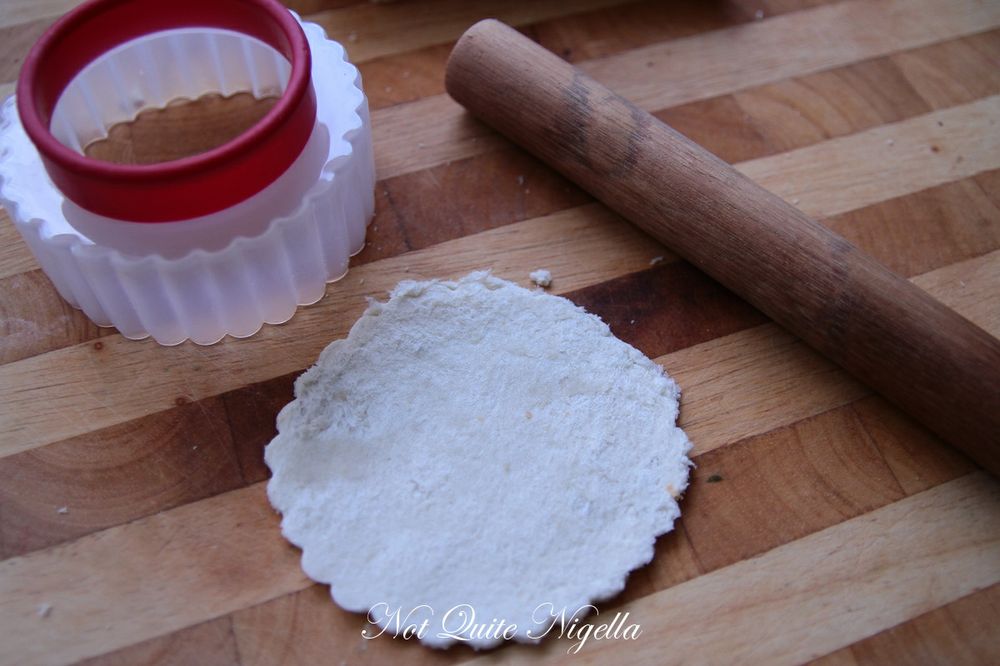 1. Preheat oven to 170C/340F.   Cook the bacon in a frypan or in a microwave (wrapped in paper towels if you do the latter). Cool and break up into little pieces. 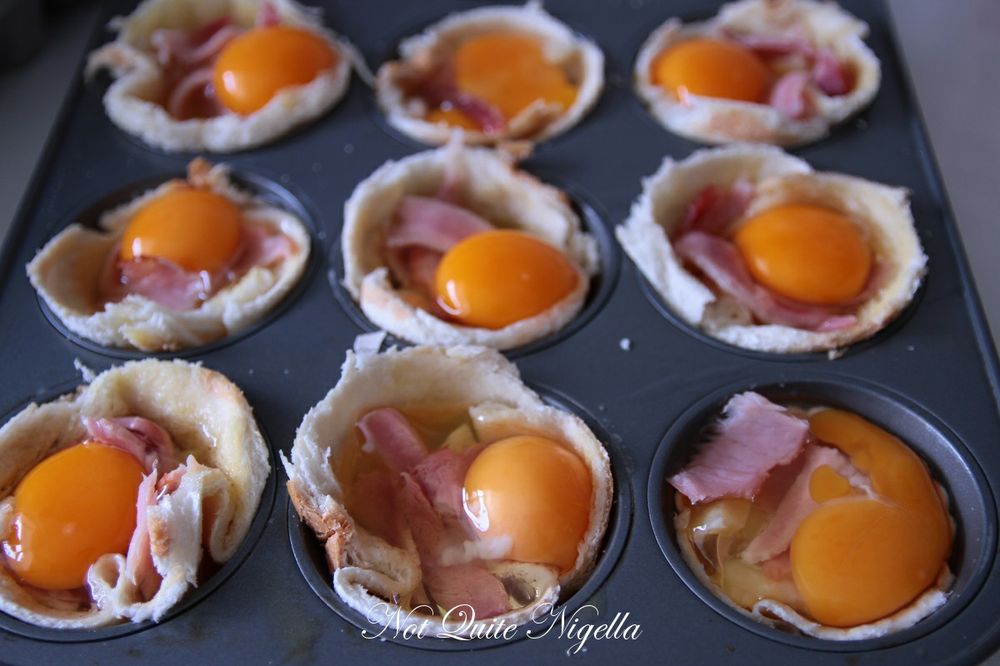 Step 2 - With the cutter, cut out the bread and flatten to about half the thickness with the rolling pin. Butter on both sides with a brush and place in the cupcake cavities. Fill with the cheese, bacon and then break an egg in each one. Bake for 15-20 minutes and top with a little parsley and some pepper. 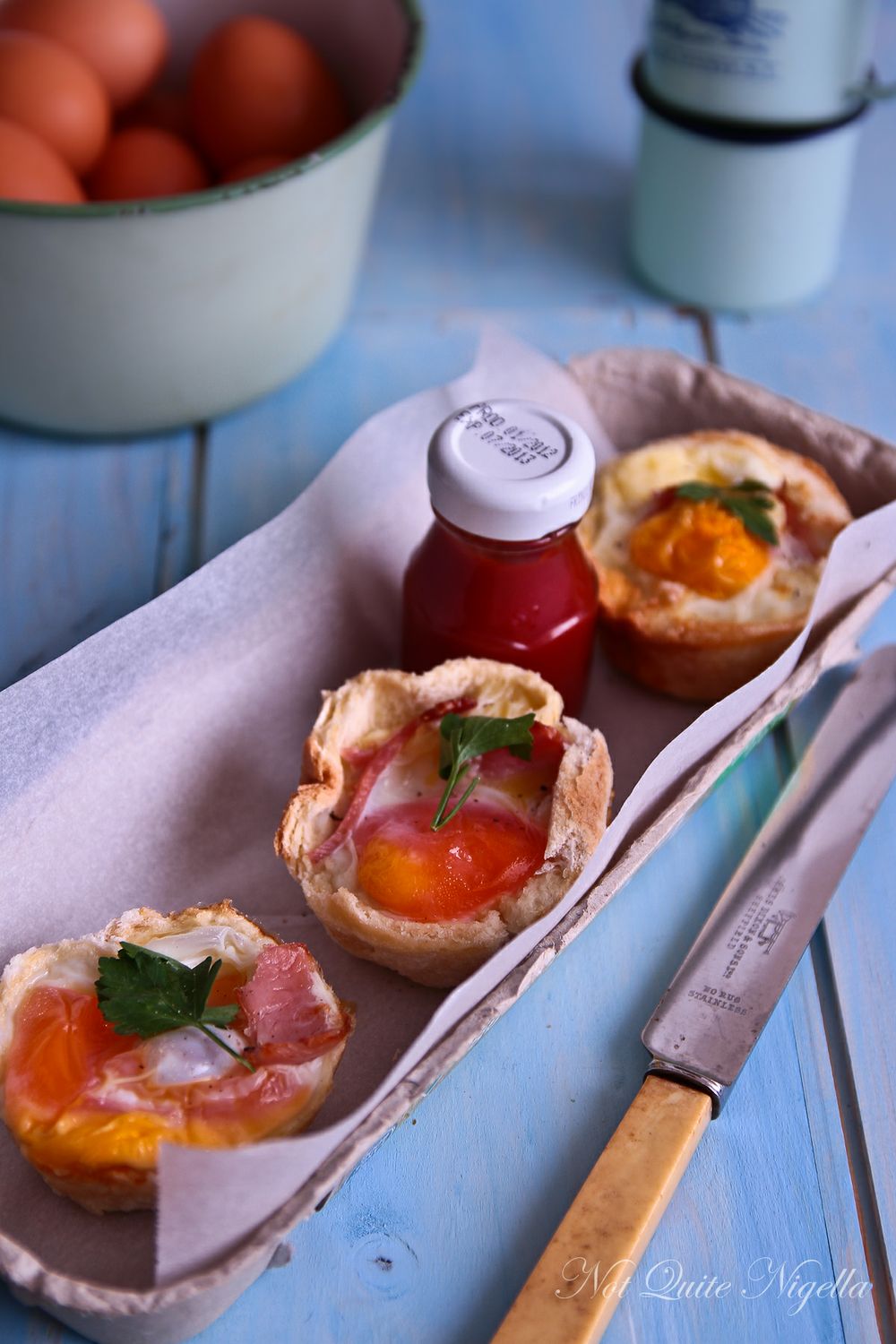