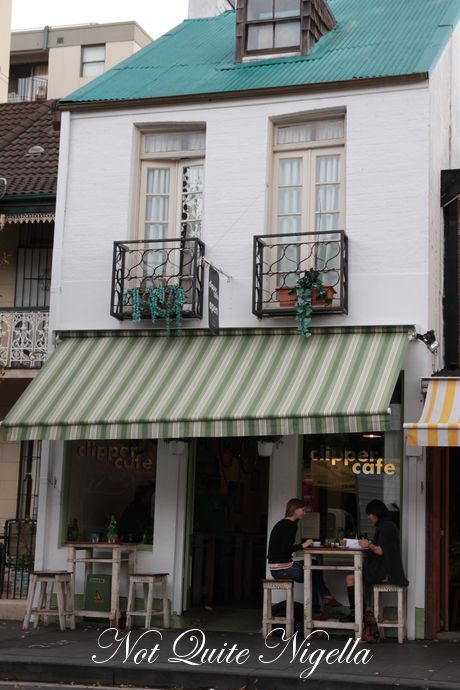 "I think life is essentially chaotic and meaningless" Queen Viv said to me one day.

"I disagree, I think everything happens for a reason. Like today!" I exclaimed gaily. 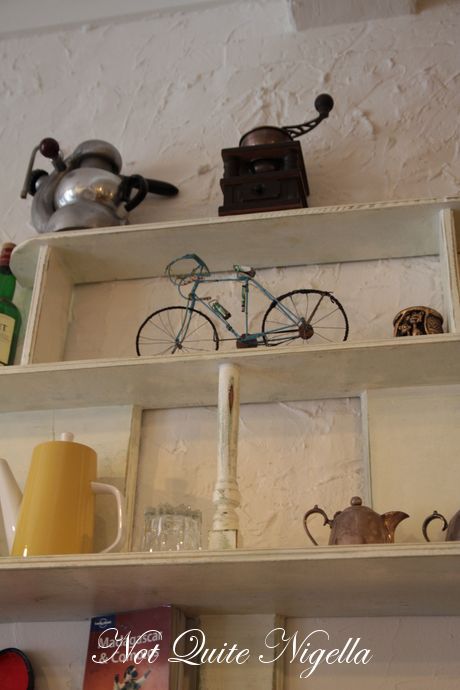 You see it's true. Only that morning Mr NQN had thieved my keys to our precious Purdie the Prius car on loan from Toyota (inadvertently, he had them in his jacket pocket) and I was left hailing a taxi to a facial appointment (hot wiring a Prius is way beyond my skill level). Mr NQN couldn't grumble about the $80 taxi bill this time. While occupied taxi after taxi whizzed past I got a text message from Queen Viv asking me if I would like to have lunch with her as she was going stir crazy at home. 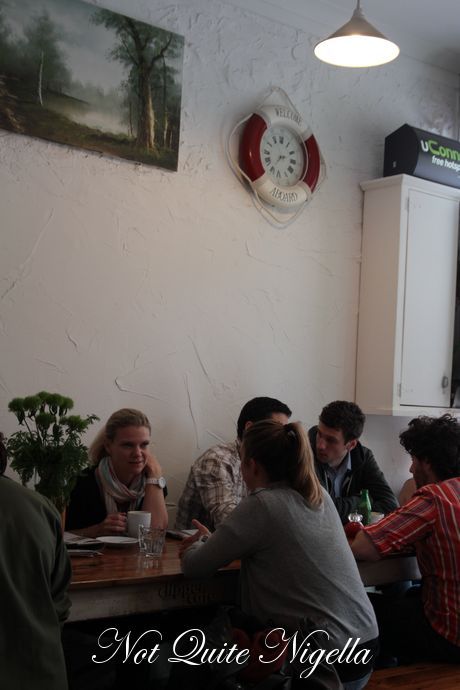 I rang her at home and explained my dilemma. Would she be able to pick me up after the facial and then we could have lunch and I could get dropped home? Turns out she was more than happy to do that given the relatively short distances between the activities and that's how we found ourselves standing outside of Clipper Cafe in Glebe. We were tossing up between visiting the buttery goodness of La Banette or the eclectic charm of Clipper Cafe but as Queen Viv pointed out there was only one table available and it happened to be at Clipper Cafe. It's that fate I tell ya ;) Plus I was testing out my fellow blogger Sally at Toffee Tomatoes' new Sydney Cafe Culture iPad application which for $3.99 gives you an outline of 200 of Sydney's cafes along with a brief outline and some images and can also search for results depending on your current location). When she picked me up I searched for any cute cafes nearby and this came up! 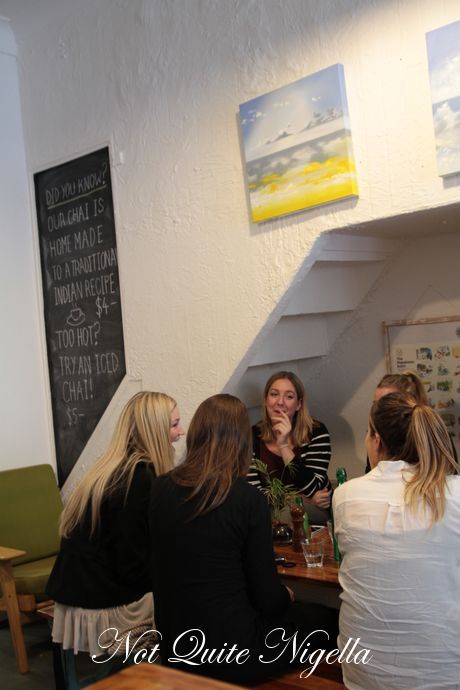 Despite the name and photos of Clipper ships, the theme inside is bicycles. Bikes on walls, bikes shaped out of wire, bikes in many, many forms. It's after 1pm on a Wednesday afternoon and the place is brimming with university students from nearby Sydney University. Laptops are out taking advantage of the free wifi and it is bustling. 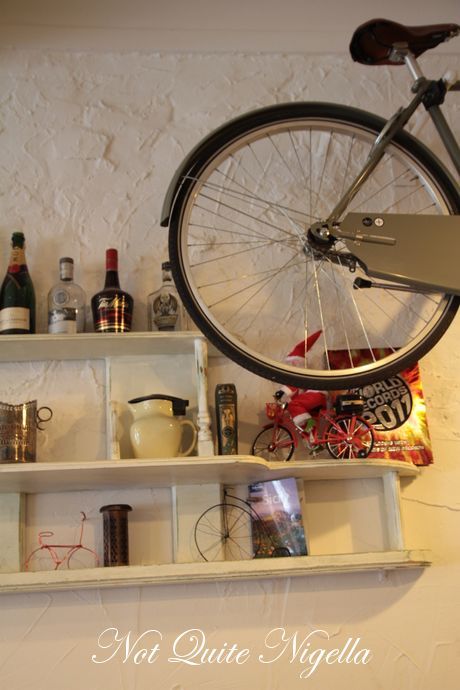 Now Clipper Cafe seems to divide people and it seems much of the divide is with the service. For us today the service is fine, friendly enough and we never have to wait very long but perhaps that depends on when you go. The menu runs all day which means you know what I love. All. Day. Breakfast. Oh joy! 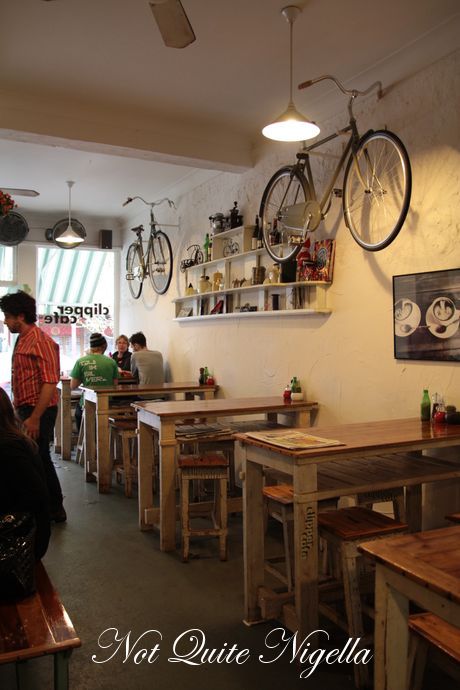 Which  means that when Queen Viv suggests the Eggy Crumpets with bacon we both coo that it sounds like a good idea. The baked eggs were also a contender for tummy space but some reports had them as overcooked. For good measure we also try another breakfast item and a salad as it is all about balance. 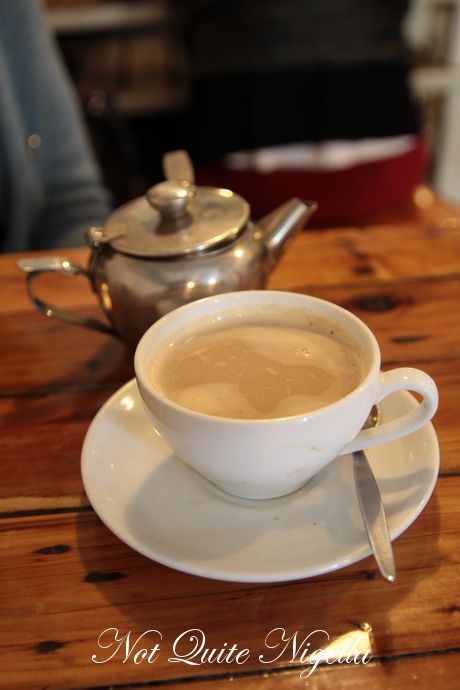 The chai blend we are told is actually made by the owner's mum who is Indian and we are pleased to find that it is steeped in the milk rather than in water giving it a rich texture and a full flavour. The chai blend is intoxicatingly fragrant. 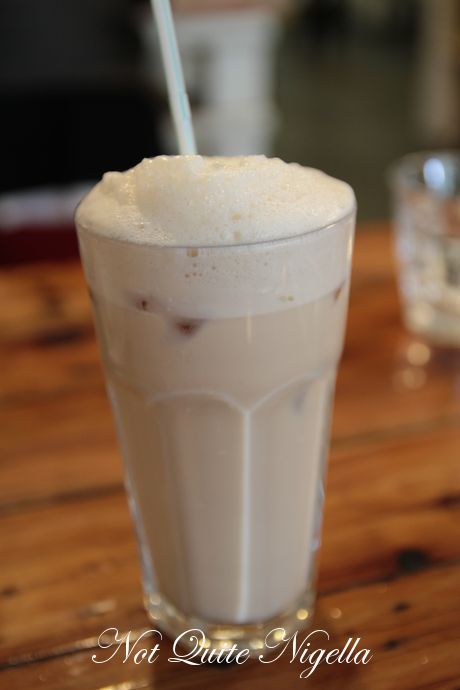 I felt like something chai flavoured but wanted to order something else so the Iced chai was my choice. The chai flavour is lighter and sweeter than the chai latte and yet we both enjoyed both of these. 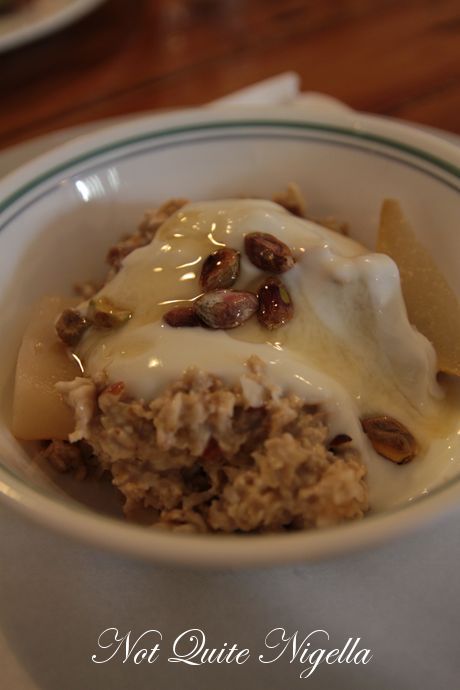 The bircher muesli is said to be Arabian style so it features the pistachios and a dollop of yogurt and honey on top. It's filling and not too sweet despite the honey and the pistachios give it a nice crunch. 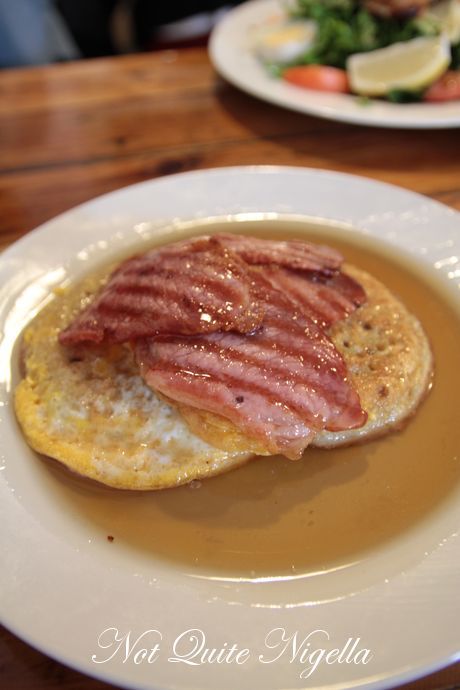 "Oh come to mama baby!" I cry to myself. There are two plate sized crumpets made French with a dipping in beaten egg and then fried. They're then lying in a pool of maple syrup and topped with eye bacon. And it's good, oh so good if entirely calorific with the spongey crumpets soaking up the sweet maple syrup and the bacon providing a salty contrast. And you bet I'll be making this one weekend morning when it seems too cruel to be leaving the bed. And if you want a recipe for this Sunday here goes ;) 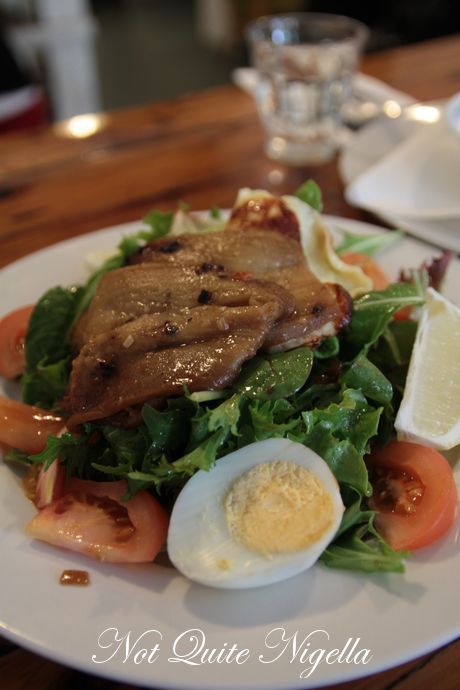 The salad is a generous jumble of mixes salad leaves, fried halloumi, marinated softer than soft eggplant and caramelised onion dressing. It's sweet, salty and soft and Queen Viv declares "Whatever they've done to the eggplant, they've done well."

We can't finish it all, we were but two stomachs and come 2pm the cafe mostly clears out of their student clientele. When a waitress seees that we weren't able to finish the bircher muesli she asks if we would like it packed up in a container which is a nice gesture. 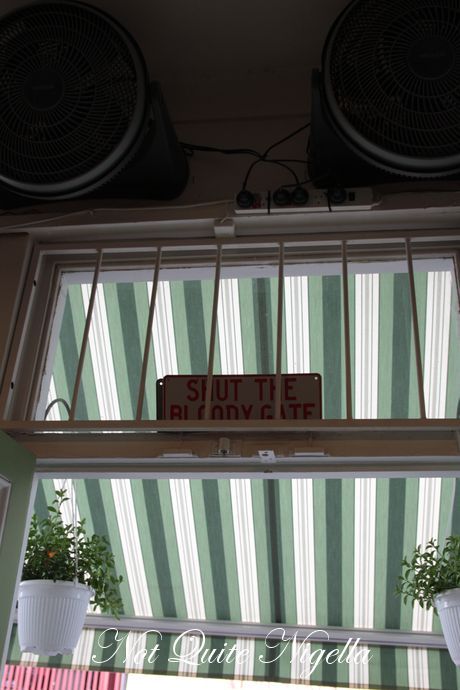 As I take the final pictures outside it started to rain and I point out to Queen Viv that again we left at the right time. "It's fate talking!" I say to her. But that last comment was just being annoying I know ;)

So tell me Dear Reader, do you think life is made up of fateful events or is just a jumble of things? 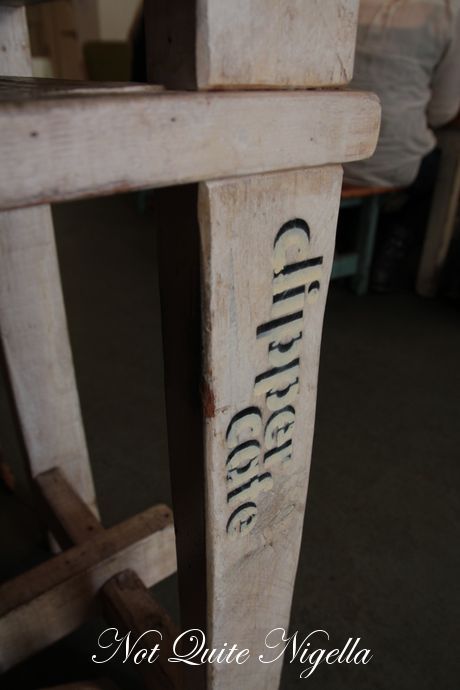 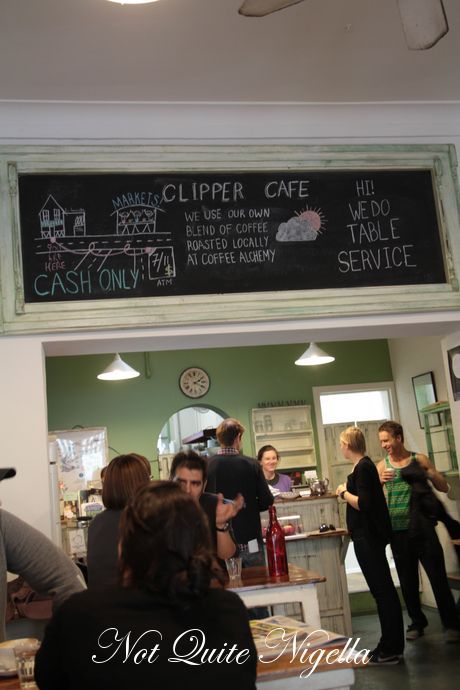