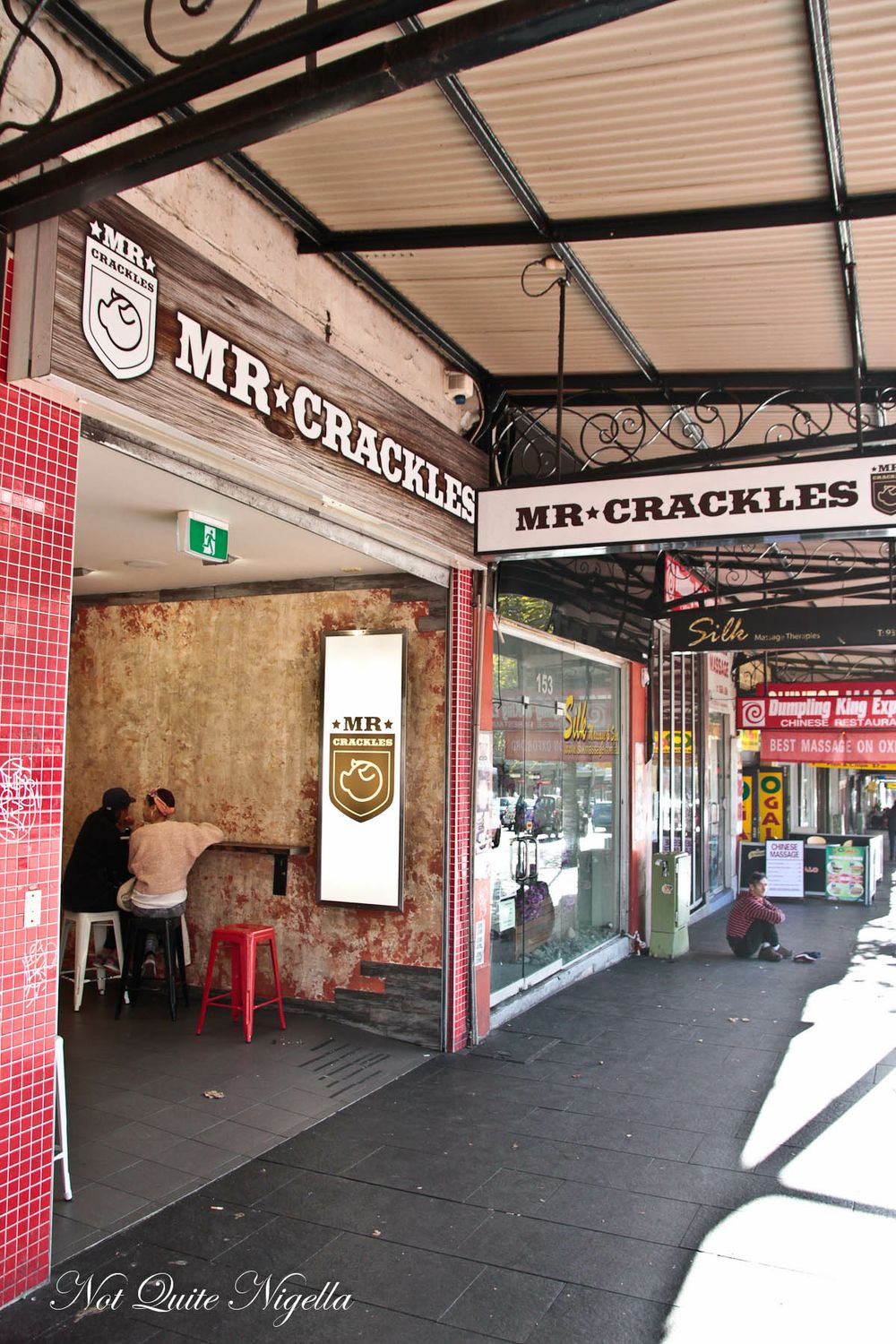 My friend Girl Next Door recently declared during dinner "I think that it's totally fair to say that pork is the best meat if I had to choose one." I had to think about it-there were certainly items like bacon for whom I'm already professed a great deal of love to. I think it's safe to say that it is certainly up there, especially when it comes to the thing that most people are unable to resist along with bacon and that is crackling.

I was driving down Oxford Street one day and since I got my license I've tried to not get too distracted by the shops but there was a red light and I looked to my left. It was a new shop called Mr Crackles. I didn't know what it was-on unpredictable Oxford Street it could be anything and I thought that it would be a great name for a pork crackling shop. Little did I know that it was actually a name for a pork crackling and roast pork shop started by two chefs. 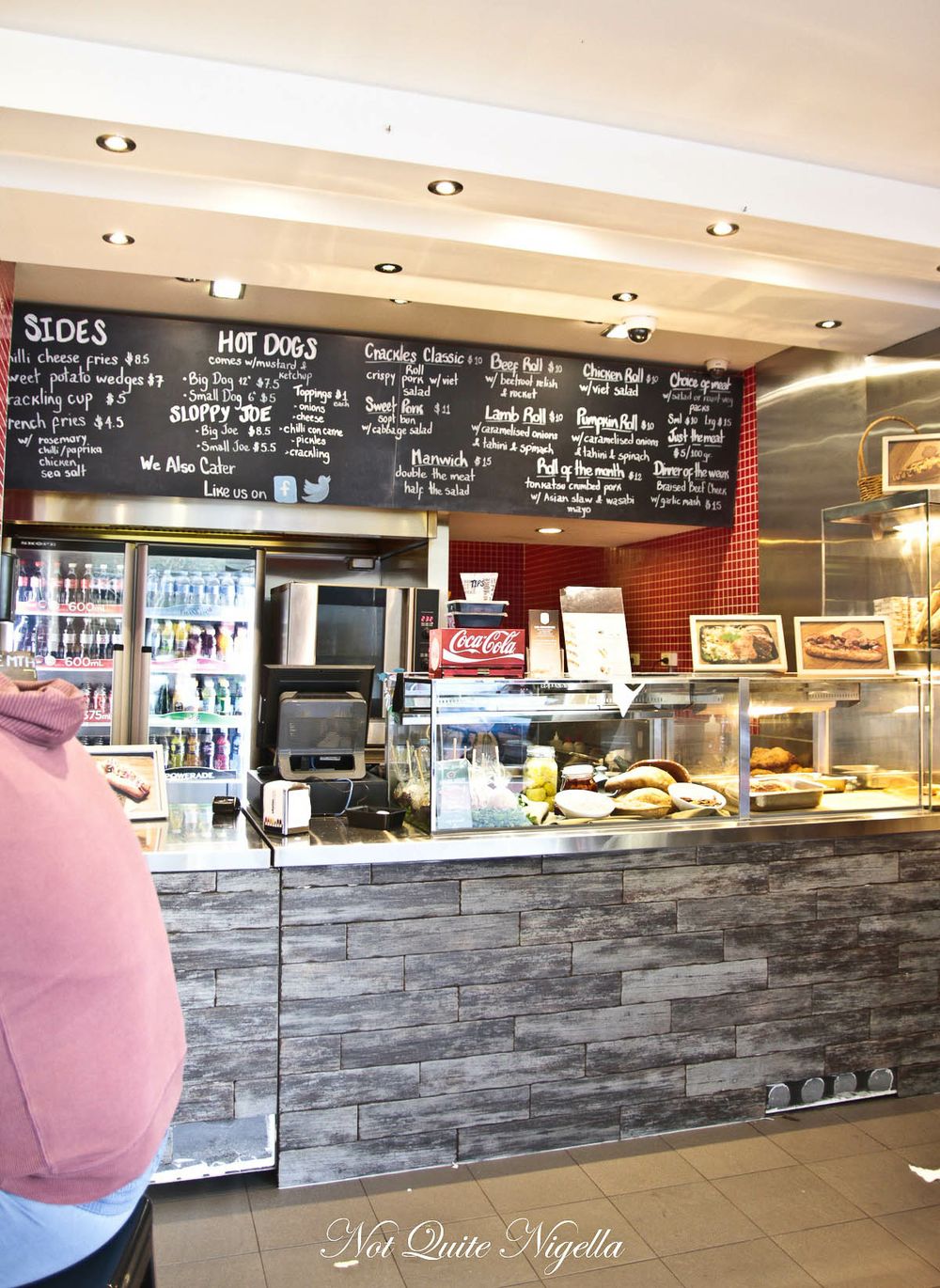 And a few weeks later I found myself standing in the queue for some food there. The two women in front of me ordered one thing each: a cup of crackling at the exact point where I wondered if I should get a tray of hot chips or chilli cheese fries with my rolls. As soon as they ordered the crackling, I immediately switched my order. The girl behind the counter is unsmiling - perhaps it's the morning after a Saturday night. It's not really made for eat in and there are about eight seats, four on each side both facing the walls. I order a Manwich made out of the "Crackles Classic" and a sweet pork roll as well as the cup of crackling. You can also order meat by the weight ($5 per 100g) as well as small and large hot dogs and dinner sets. The dessert option are large caramel apples by Dem Apples which look good but we don't really have the room for on this occasion. 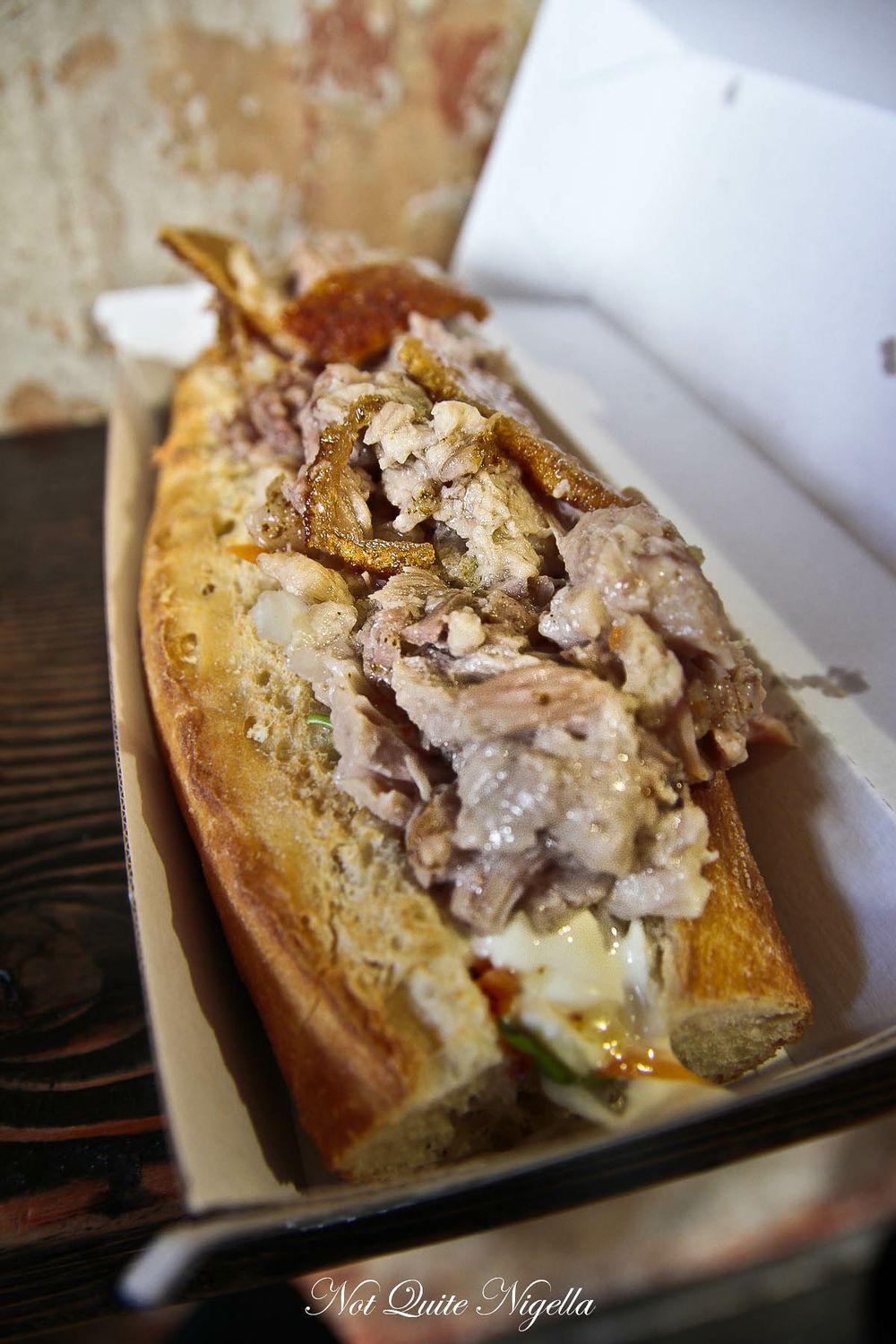 You can make any sandwich into a Manwich which simply means that you get twice the meat and half the salad. The Manwich in the Crackles Classic filling is filled with crisp skinned slow roasted five spiced pork belly served with Vietnamese salad in a crunchy sourdough roll much like a Banh Mi roll with a double helping of roast pork. The pork itself takes a total of three days to prepare including a long ten hour roast in the oven to get a melting texture. Mr NQN thinks that there is too much meat and not enough salad but I actually really like the over helping of the soft meat and small bite sized rectangles of pork crackling on top. 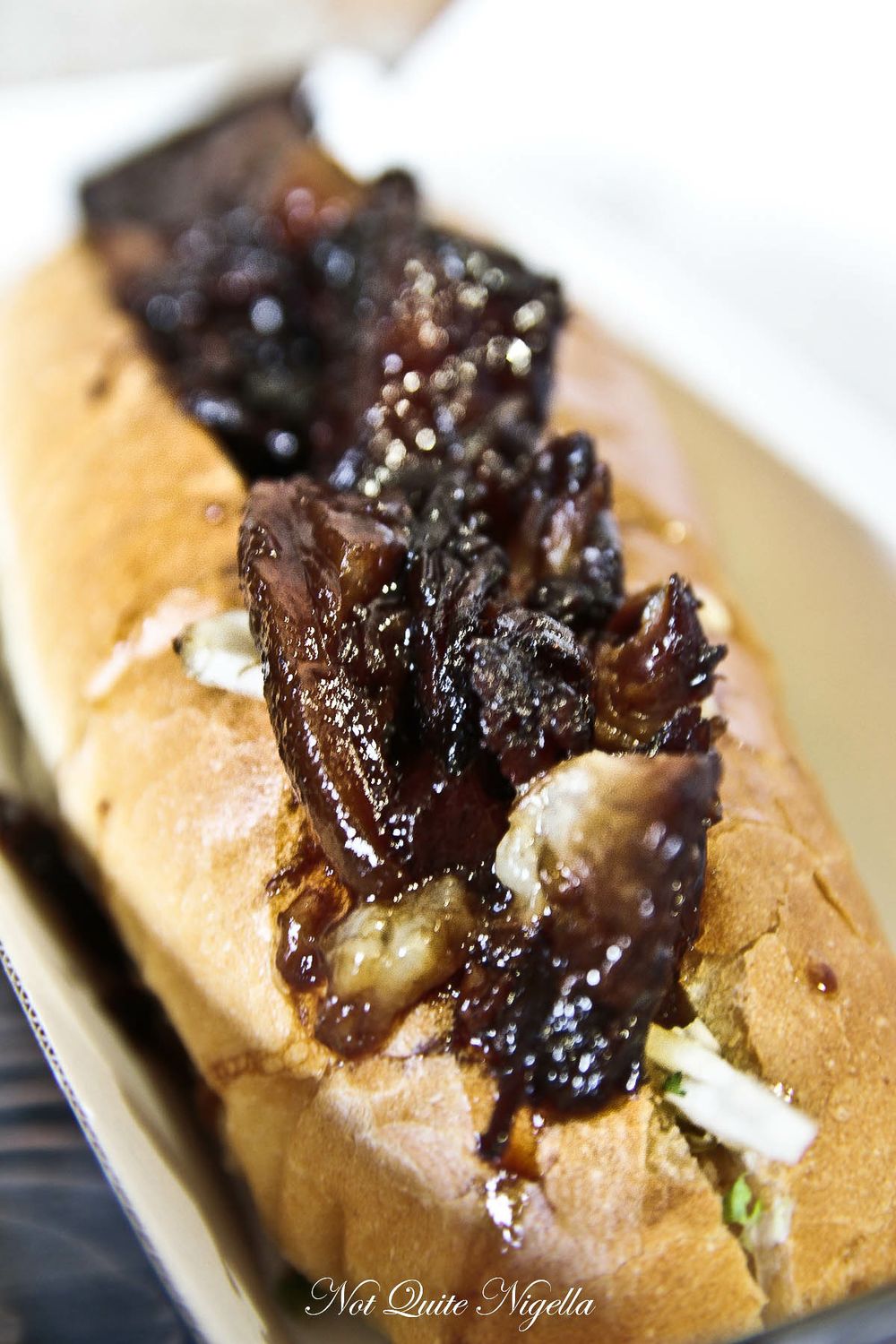 I ordered this for Mr NQN as he loves sweeter tasting foods and softer rolls. It's pretty fabulous with a softer than soft masterstock braised pork belly served with a cabbage salad and creamy mayonnaise in a soft white bun. We opted for chilli in both and it added a nice accent to the soft, unctuous meat. Next time we'll try the lamb which is a twelve hour roasted shoulder of lamb. 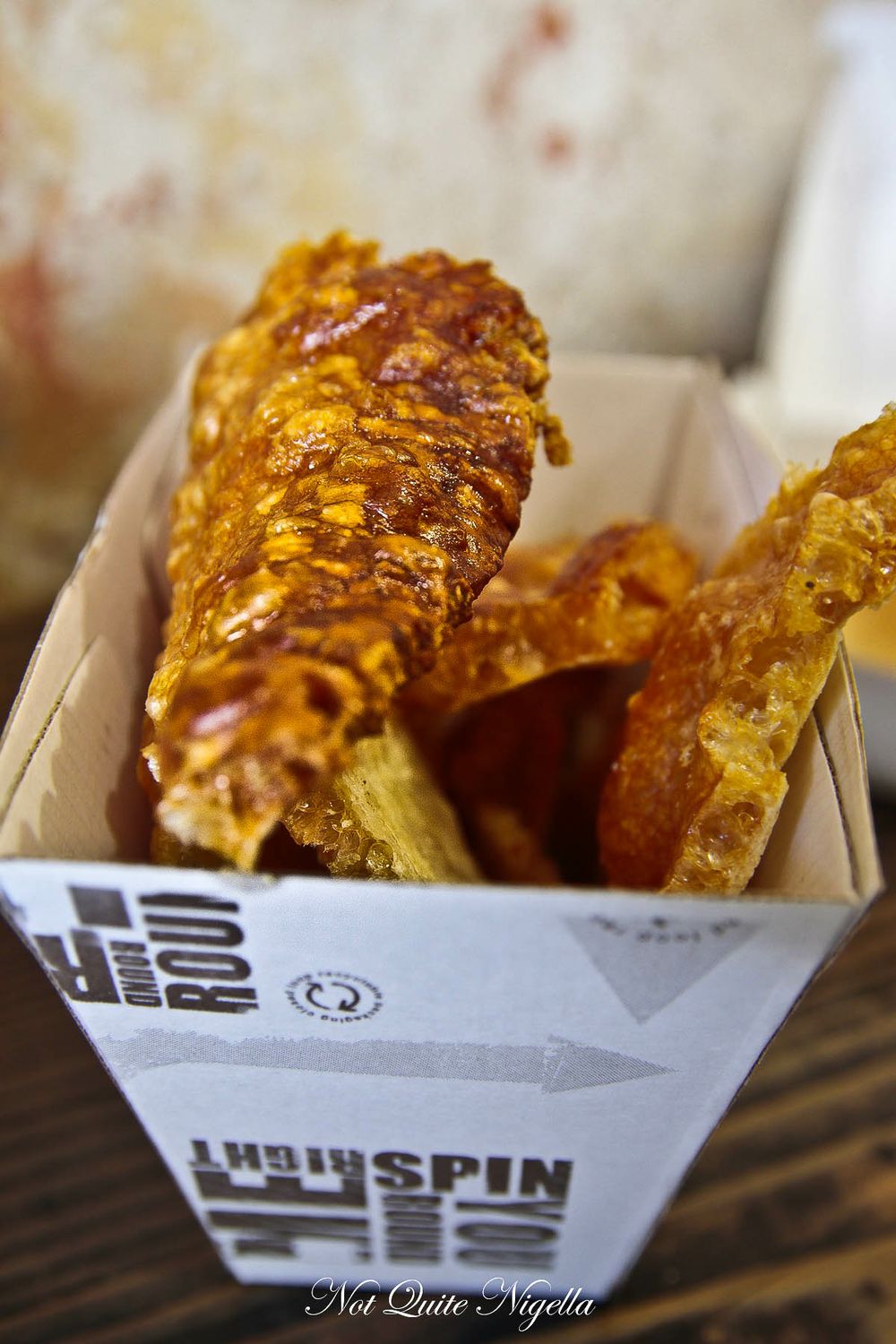 So tell me Dear Reader, what do you think is the best kind of meat? Pork, beef, lamb, chicken, fish, turkey or...tofu? 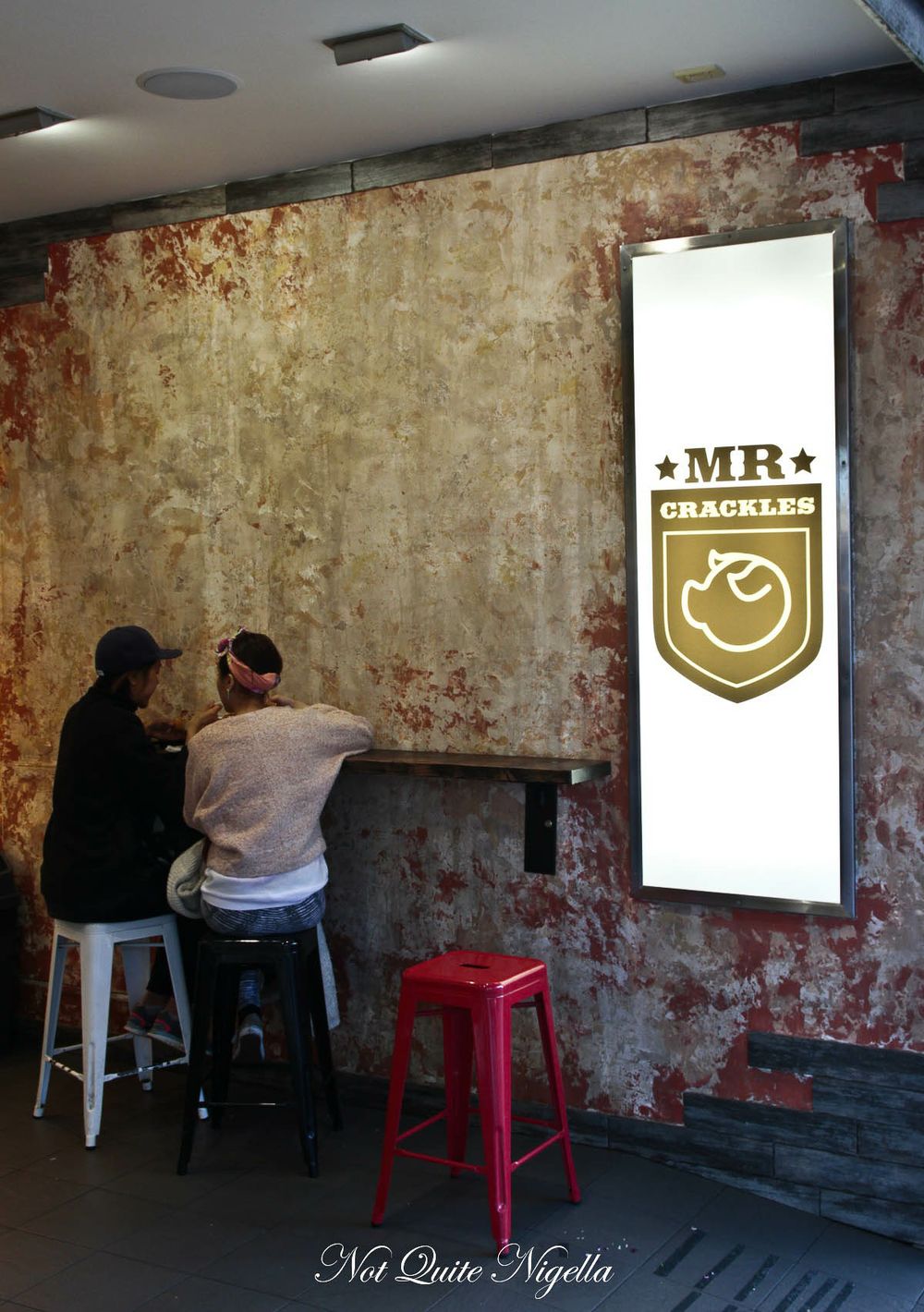