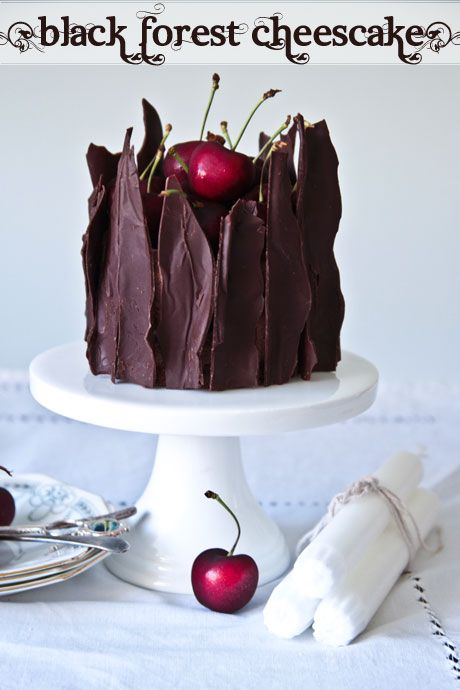 So there I was watching Mr NQN play with his new phone for Christmas. In fact over the last couple of weeks, if I glanced at him, he was firmly attached to his second best friend and finding new ways to interact with it. His latest thing was the the sleeping app which monitors his sleep and wakes him up at the best time.  He asked me what sound he should wake up to. I channelled his alternative parents and answered,

"The sound of whales making love of course! I can help you record it!" I said excitedly.

I must tell you now Dearest Darlingest Reader, I have no idea what the sound of whales mating sounds like... 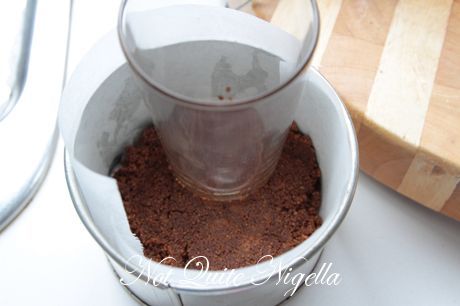 But that didn't stop me from helping him record what I later realised was actual a pretty bizarre imitation of what whales might sound like while they were doing the deed. I mustered up all the energy I had, he pressed record and we got one and a half minutes of me laughing so raucously that I thought I might bring down the walls in between bouts of loud whale bellowing from the deepest of my diaphragm. It sounded more like a very hurt and enormous elephant seal bellowing out "Stelllllaaaaaa" from the inner core of their being - either that or one being simultaneously stabbed and tickled. I may have even snorted with laughter. And halfway through I realised that he could actually use this as really good evidence to institutionalise me. Which made me laugh and moan even louder as well as starting the hiccups.

Anyway, enough about whale mating of which I obviously have no experience of. I also have no experience of ever visiting the Black Forest in Germany but I do have plenty of experience eating the cake version of the cake. It was the first cake I asked for when I was 16 as it had alcohol in it and I always thought that it was so utterly fancy pants-I mean it was from overseas and it had alcohol in it. I decided to make a cheesecake version for my father's birthday as he always likes cheesecakes and I combined my own black forest cheesecake recipe with the chocolate shard technique found in the Donna Hay magazine which caught my eye. 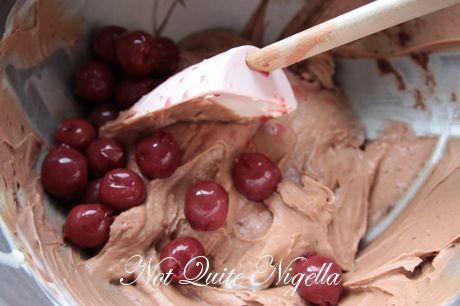 I wanted to make a non baked cheesecake as I wanted the chocolate shards to stick to the sides without having to make a ganache and I wanted to make sure that the sides stayed up straight so that the shards could lean against it. The recipe below is for a small 12 cm round cake, enough for four slices as the cheesecake is still quite rich. It is easy and actually is best done ahead of time the day before and the chocolate shards are an easy and ingenious method. The key to them is to work quickly and spread out the chocolate as thin as possible and to roll it up as quickly as possible. The cake itself is light, creamy, sweet with a good contrast with the cherries and liqueur and the soft chocolate cheesecake filling.

If anyone wants a copy of this recording, I would be happy to furnish you with it, providing you sign something saying that if I give you nightmares upon waking, you won't sue me! The rest of you, you can have the black forest cheesecake recipe instead :)

P.S. we abandoned the whale recording as he couldn't upload it and instead I suggested that he use a sound clip of the munchkins singing the Lollipop Guild welcome song from The Wizard Of Oz to help him wake up. It seemed to make sense at the time...

So tell me Dear Reader, what song would you like to wake up to?  And have you ever been caught doing anything embarrassing in real life or on camera? 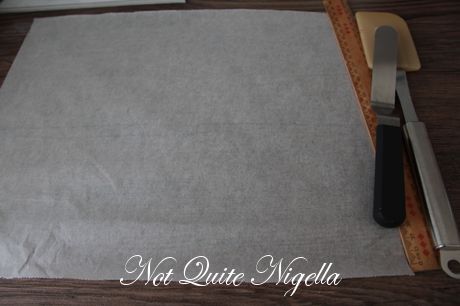 For chocolate shards and to decorate

Step 1 - Line a small 12cm round tin with baking parchment on the base and sides. Crush biscuits finely in a food processor until sandy and then add the melted butter. Place the buttery crumbs on the base of the tin and using a flat bottomed glass, press this against the crumbs to form a smooth layer. Refrigerate. 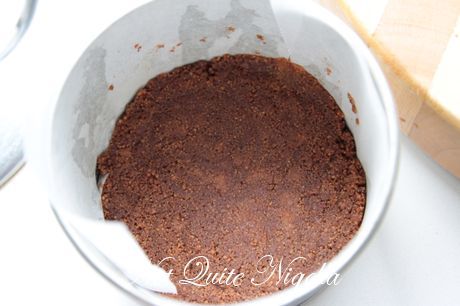 Step 2 - Meanwhile melt the chocolate in a double boiler (a heatproof bowl fitted over a saucepan of simmering water ensuring that the bottom of the bowl doesn't touch the water) or in the microwave in 50% power 60 second bursts stirring between bursts. Place the gelatine in the kirsch to soften.

Step 3 - In the bowl of an electric mixer fitted with a beater attachment, beat the cream cheese for two minutes until soft. Add the cream, sugar and chocolate and then mix well to combine. Then add the kirsch/gelatine mixture and cherries and beat well to disperse. Spoon on top of the base and refrigerate until set (2-3 hours or overnight). When ready to serve, remove from the tin and remove the parchment from the base and sides and place on the serving plate. 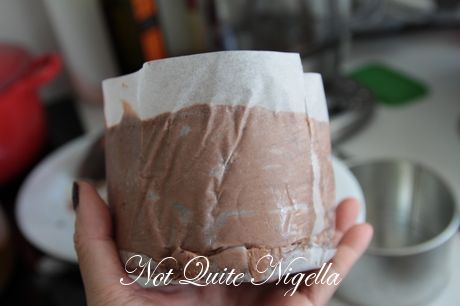 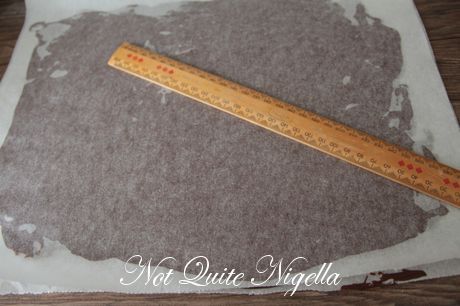 Step 5 - Spread out the chocolate and spread it around the sheet of parchment using the angled spatula leaving a 2cm/1inch border around the edge. Place the other sheet of parchment on top. Use a ruler over this sheet to get rid of any air bubbles and try to smooth out as thin and smooth as possible. 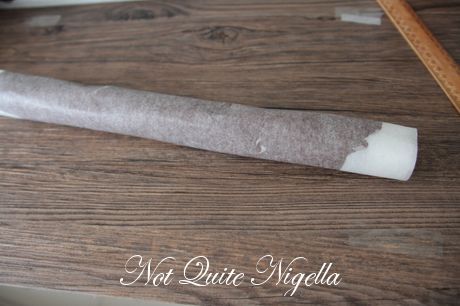 Step 6 - Then quickly (my chocolate was setting fast) roll from the shorter side into a roll about one inch in diameter. Refrigerate for 30 minutes until hard. 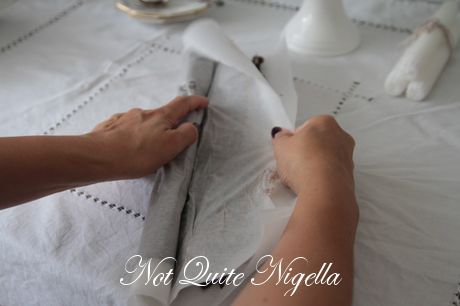 Step 7 - Unroll the sheets holding onto one end with both sheets and then rolling it out which breaks the chocolate and creates the shards. Adhere these to the sides of the cheesecake-a bit of gentle pressure should adhere them (although if you are transporting this I would add the shards later once you reach your destination). Fill the centre with fresh cherries with stems. 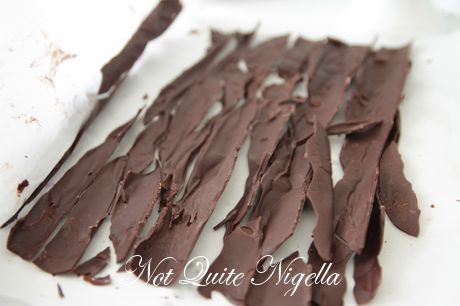