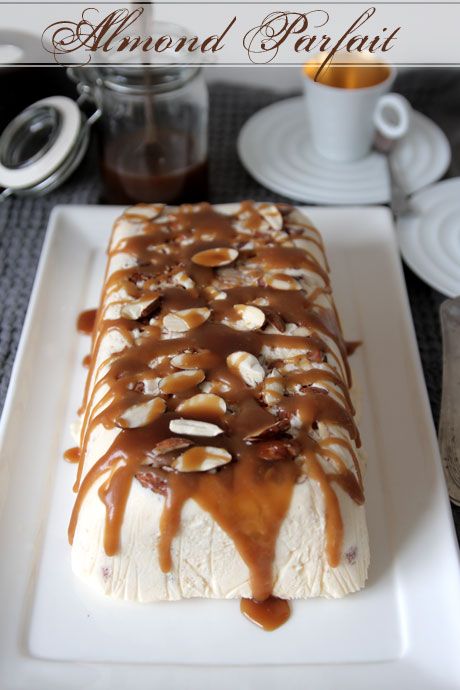 I like to think that I heed signs. Not the literal kind, although being new to driving I do heed road signs. I'm speaking more of metaphorical signs. And one afternoon I managed to be blind to all of the signs that were shown to me. One day I took a peek in the fridge and spied a neglected pot of cream. "I'll make something with you later" I said to it and closed the door.

I rushed out to see friends and before I knew it the day had gotten away from me. I had that container of cream in the back of my mind thinking "I really should go home and make that almond parfait" but instead I was carousing with friends and shopping. I glanced at the time and it was suddenly 4pm so I made my way back to the car to go home. 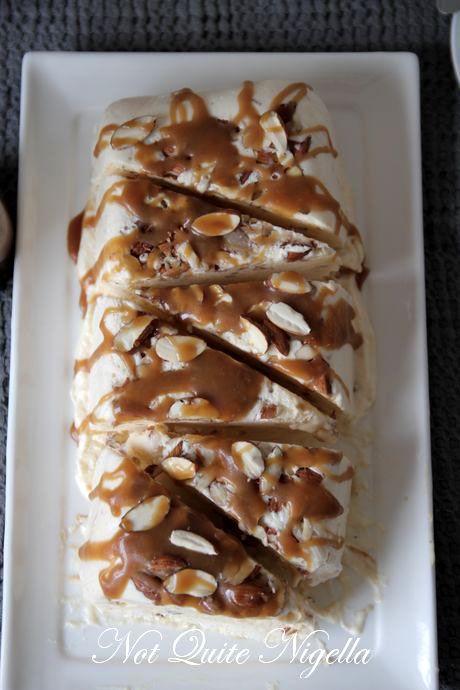 The piece of white paper on the car windscreen fluttered at me as if it were waving a hand. "Yoohoo! Look at me!" it said. Could it be my very first parking fine? I prayed for something like a stalker note or something. I snatched it from under the windscreen wiper and there it was, my very first parking fine. $86. For being 15 minutes late. That's the price of a free range goose! I was mad at myself for being late and having to spend money on something incredibly boring when I could have bought food with the money instead.

In a dark mood, I started the car and it stalled. Our car is prone to temperamental bursts (but luckily this was a once off). I punched in the address into the GPS (and why do GPSs always lag between when you punch a letter in so you end up writing the same letter three times?) and then it just decided to die. This involved another wave of muffled screaming.

I drove on hoping that I could find my way home. At a light a truck driver pulled up next to me and rolled down his windscreen. I must have been scowling at the GPS as he said "Hey luv, is that the Navman? Does that send you around in circles like it does to me?" . I grimaced and nodded "Well if I could turn the damn thing on it might!". He then kindly helped me with directions to get home which was rather fortunate as I was heading in the _opposite _direction and exhausted I made it home with a little time of the light to spare for photographs. 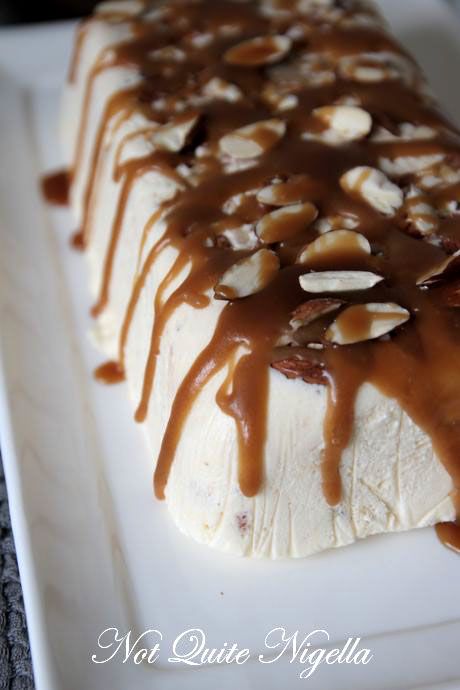 I wanted to make this almond parfait for a couple of reasons. One, of course because the cream was expiring in a few days and I knew that I would be away for the next few days and secondly, I wanted to make this while the weather was still warm and ice cream was a desired commodity. The recipe is from the Delicious. More Please cookbook and is a lighter version of an ice cream heightened and buoyed by beaten egg whites and whipped cream.

I know some aren't comfortable with eating raw eggs but I always have my eggs soft poached and haven't suffered any ill effects so I don't usually have any issues with raw eggs personally.  However if you don't want to go the raw egg route I would simply double the amount of the cream and whip that and fold that with the icing sugar, nuts, liqueur and biscuits. The caramel sauce is gorgeous drizzled on top of it and the whole confection is sweet, creamy, nutty and light. Perfect for a dinner party.

So tell me Dear Reader, do you often listen to "signs"? And how long did you have your driver's license before you got your first fine? 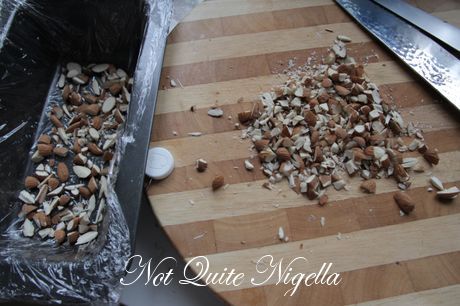 Step 1 - Grease and line a 1 litre terrine or 21x10cm loaf pan with plastic wrap, leaving plenty of wrap overhanging on the sides. Scatter the sliced almonds over the base to cover. Separate the eggs ensuring that there is no yolk in the white. Using clean electric beaters, beat the whites with a pinch of salt until soft peaks form. Place in a clean metal bowl. 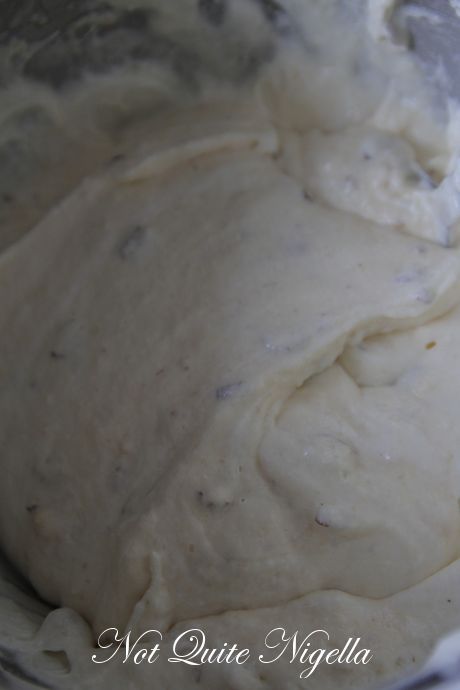 Step 2 - Then using the same bowl, beat the cream until soft peaks form and place this in another bowl. Then in the original bowl (you don't really have to clean the beaters beforehand between these two steps as long as the egg whites are beaten in a spotlessly clean bowl), beat the gg yolks and icing sugar.  Then add the amaretto, toasted almonds and crushed amaretto to the egg yolk mixture and stir until combined. Take a clean metal spoon and gently fold in the egg whites and whipped cream in alternate batches keeping in as much air as possible into the mix. 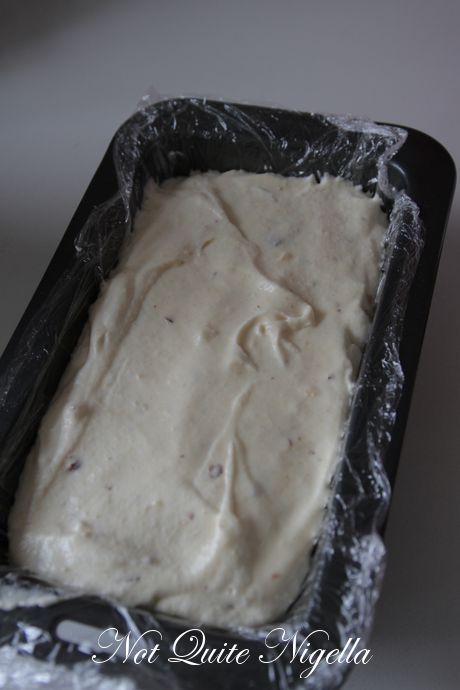 Step 3 - Pour the mixture into the prepared terrine, packing it well and smoothing the surface. Tap the tin gently several  times to get rid of any air bubbles. Cover with extra plastic wrap and freeze for at least four hours or overnight until firm. 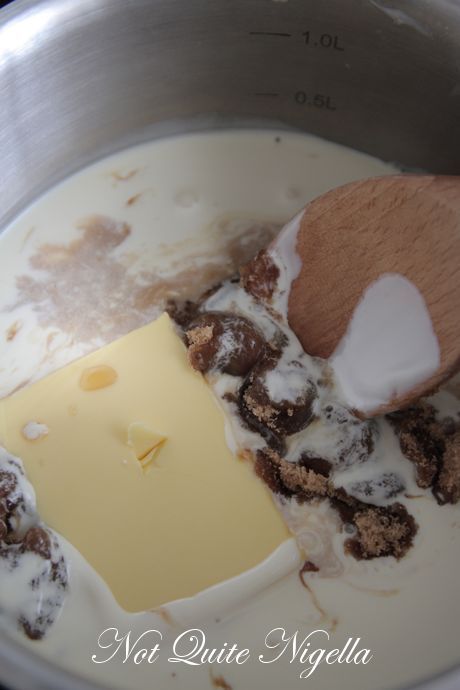 Step 4 - Make the sauce which needs to cool before pouring it over the parfait. Place all of the sauce ingredients in a small saucepan over low heat and stir until the grains in the sugar have dissolved. Simmer, stirring occasionally for 5 minutes or until the sauce has slightly thickened. Allow to cool and then chill until ready to serve. If the sauce has solidified in the fridge, microwave for a few seconds.

Step 5 - To serve, briefly dip the terrine in warm water then turn out onto a platter. Remove plastic wrap and drizzle with caramel sauce and slice and serve. 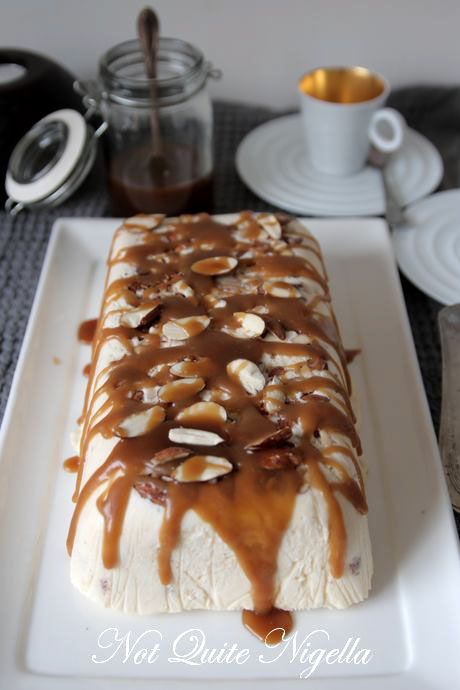