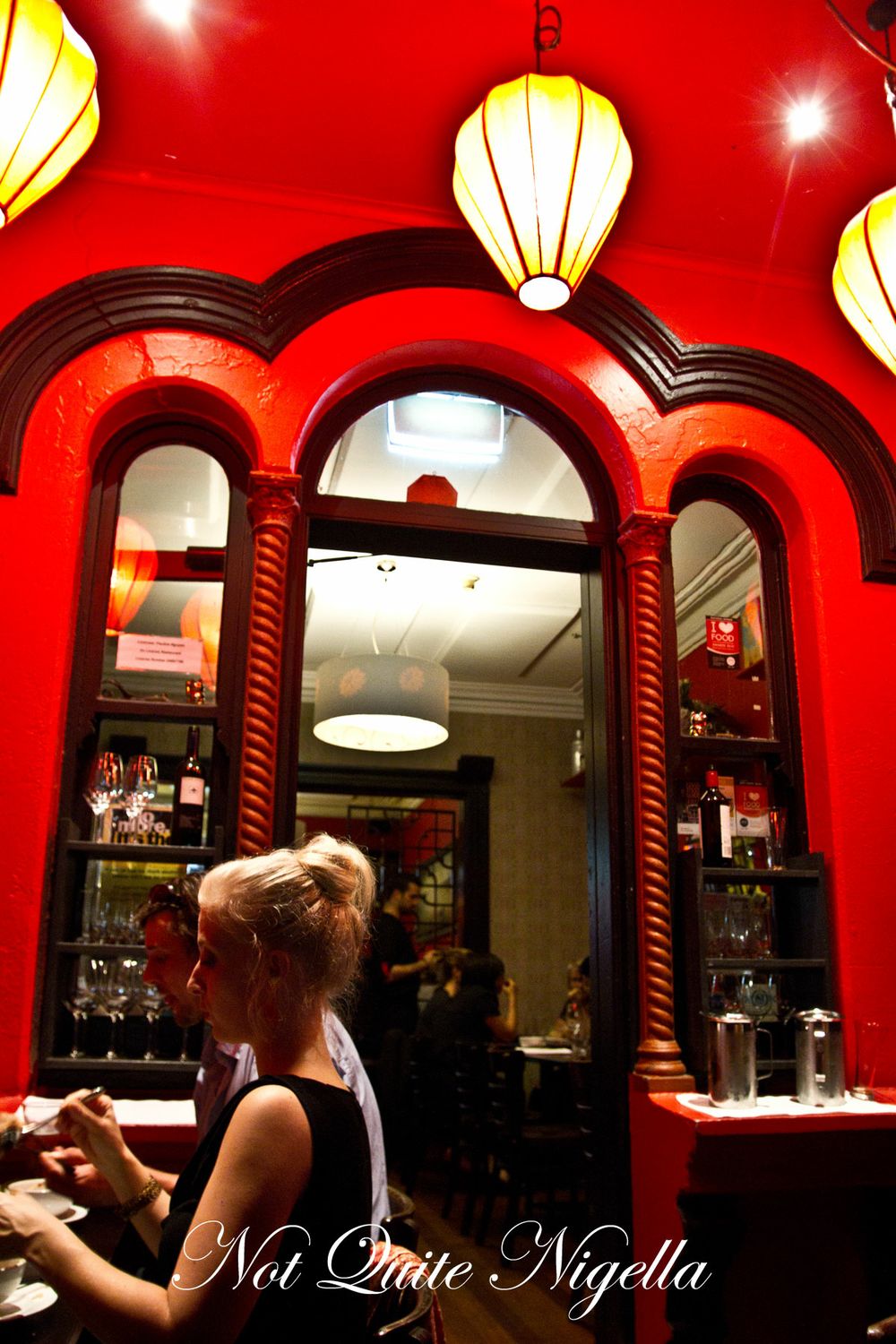 What do they say is the definition of insanity? Doing the same thing over and over again to get the same result. Over the years we had tried to get into Red Lantern and every time it was booked out. Granted we were trying fairly last minute on the busy nights but I was determined to get there eventually. When friend Ute suggested that we try it I repeated our tale of woe. I suspected the queues would be much worse now the owner Luke Nguyen has his own television show but Ute came back with a booking-we had a table there from 6pm-8pm! 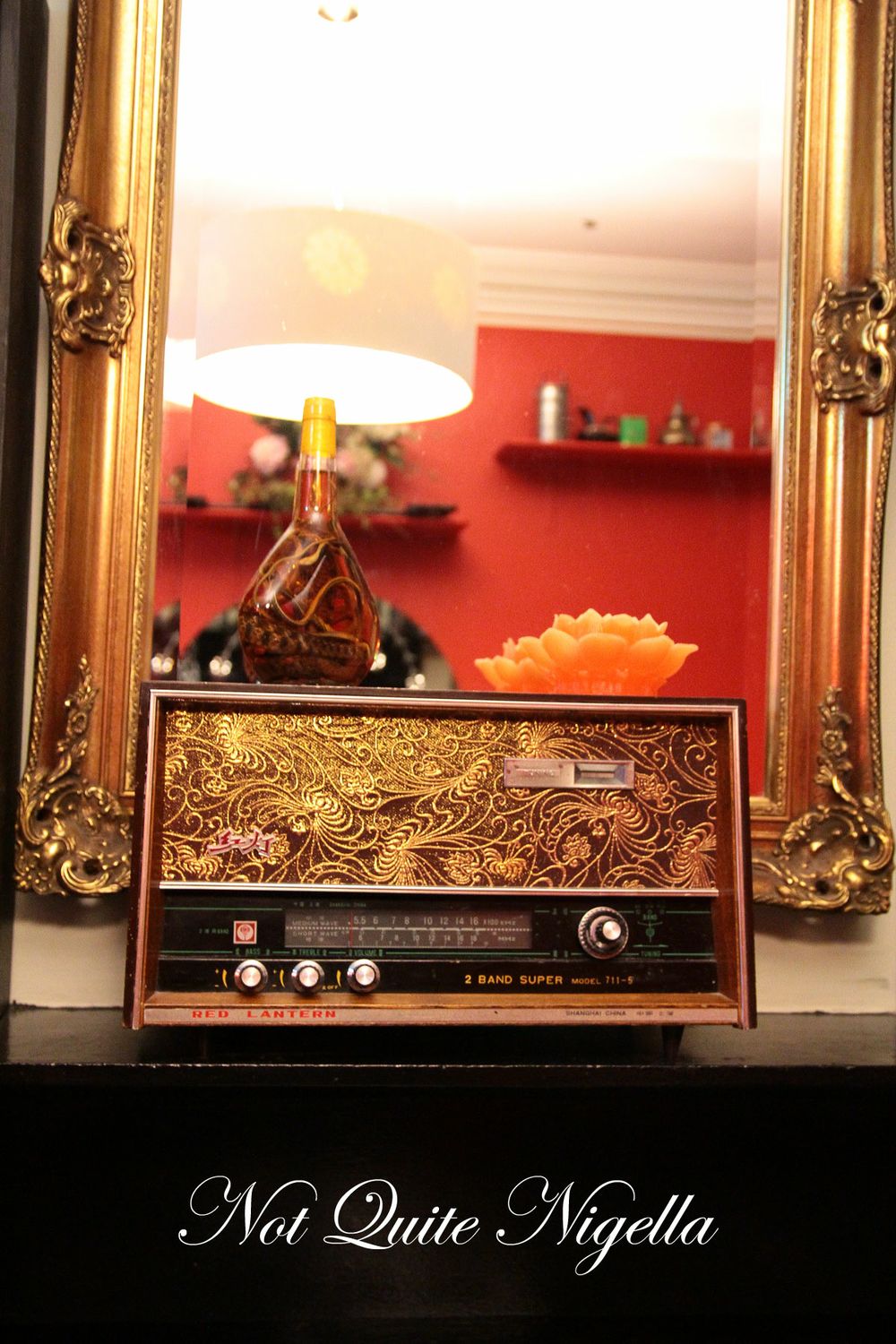 Inside the restaurant, the walls are black and red and the lighting is dark. Items like a North Vietnamese radio sit on a bookshelf with the brand name "Red Lantern" written on the side. Vietnamese artefacts and tin robots sit on shelves. Service is lovely, our waitress steers us towards her favourites at our request and since we only have a two hour window we order and then proceed to talk and talk and talk. 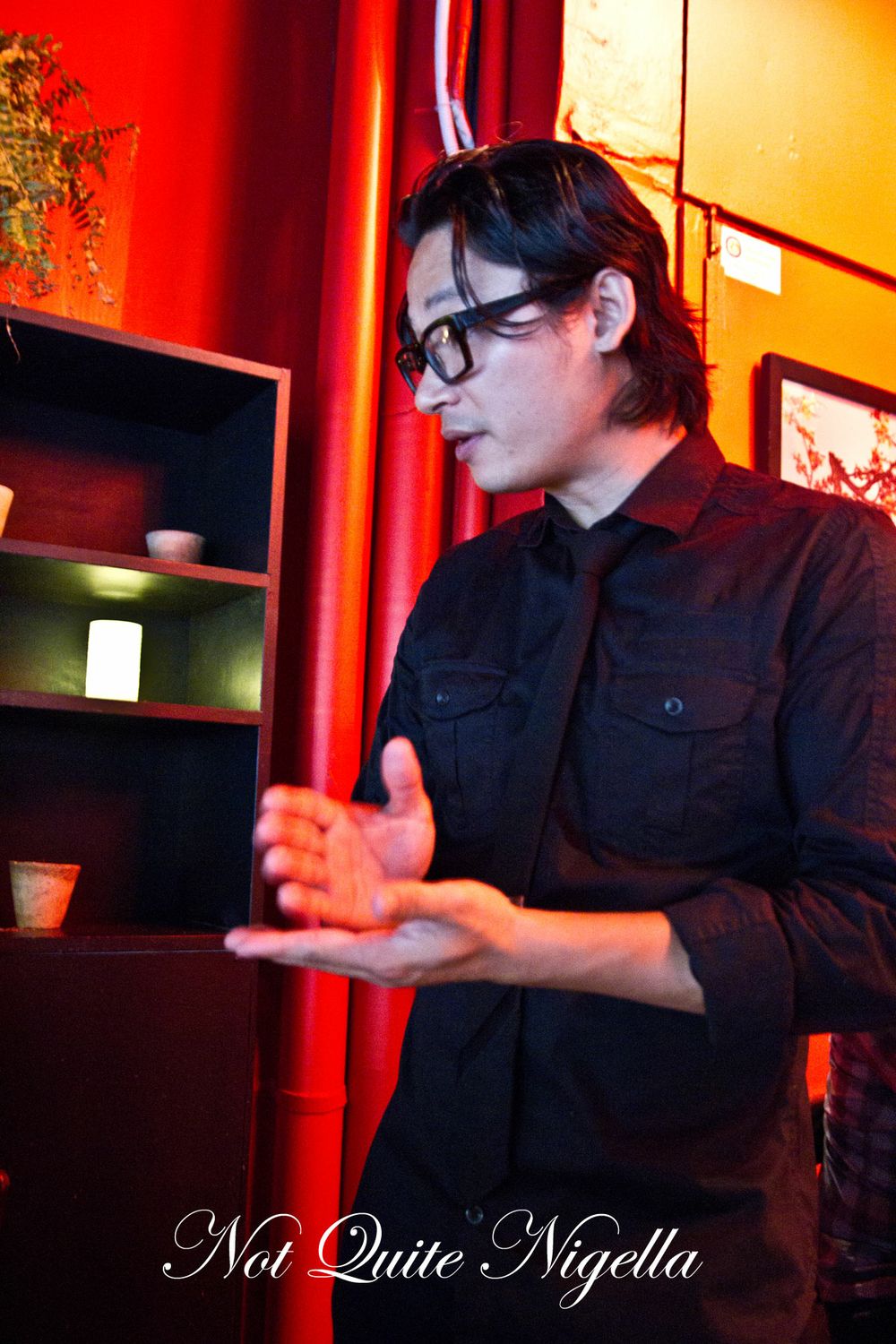 Seeing my camera the waitress mentions "Luke in the house tonight" and we look at each other. I guess I had presumed that once you get a television show your time in your own restaurant is minimal but then we see him bringing out dishes from the kitchen. "That's very uncheffy" Ute says as he we overhear him asking a table how they found their food was and removes their plates. 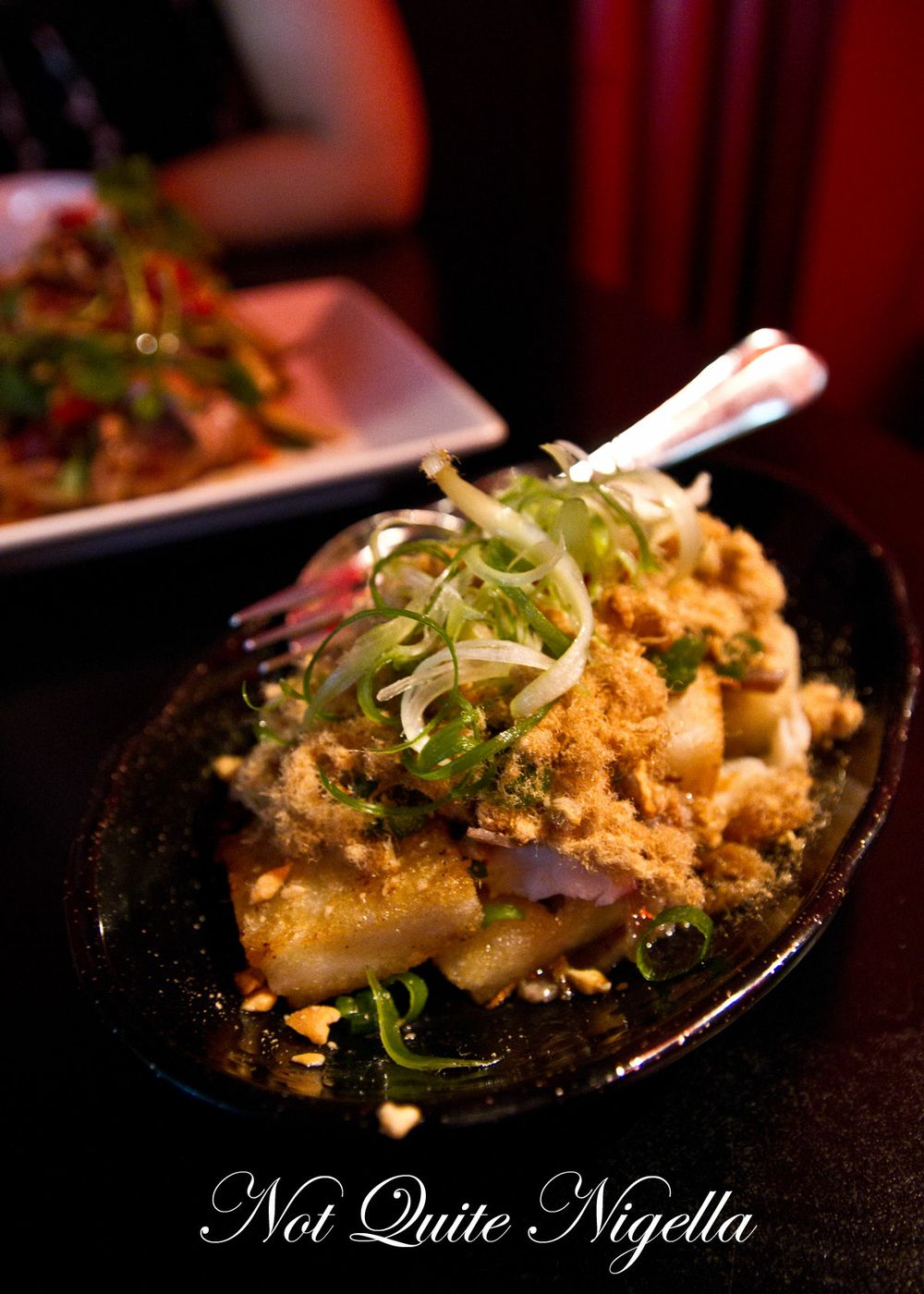 Luke brings over our entrees. "Aunty 5s rice cakes" are squares of chewy, sticky rice cakes that are served with pieces of tiger prawn, caramelised pork, pork floss and shallot oil. Ute asks Luke about these and he explains that he fell in love with them during his time in Vietnam. When it came to putting these on the menu he sought the advice as to which of his aunts made the best rice cakes and it was apparently auntie five out of the twelve aunts whose recipe inspired this dish. "These are just what I needed" Ute says and she is a big fan of the sticky, slightly crispy rice cakes and the fluffy, sweet pork floss sitting on top. 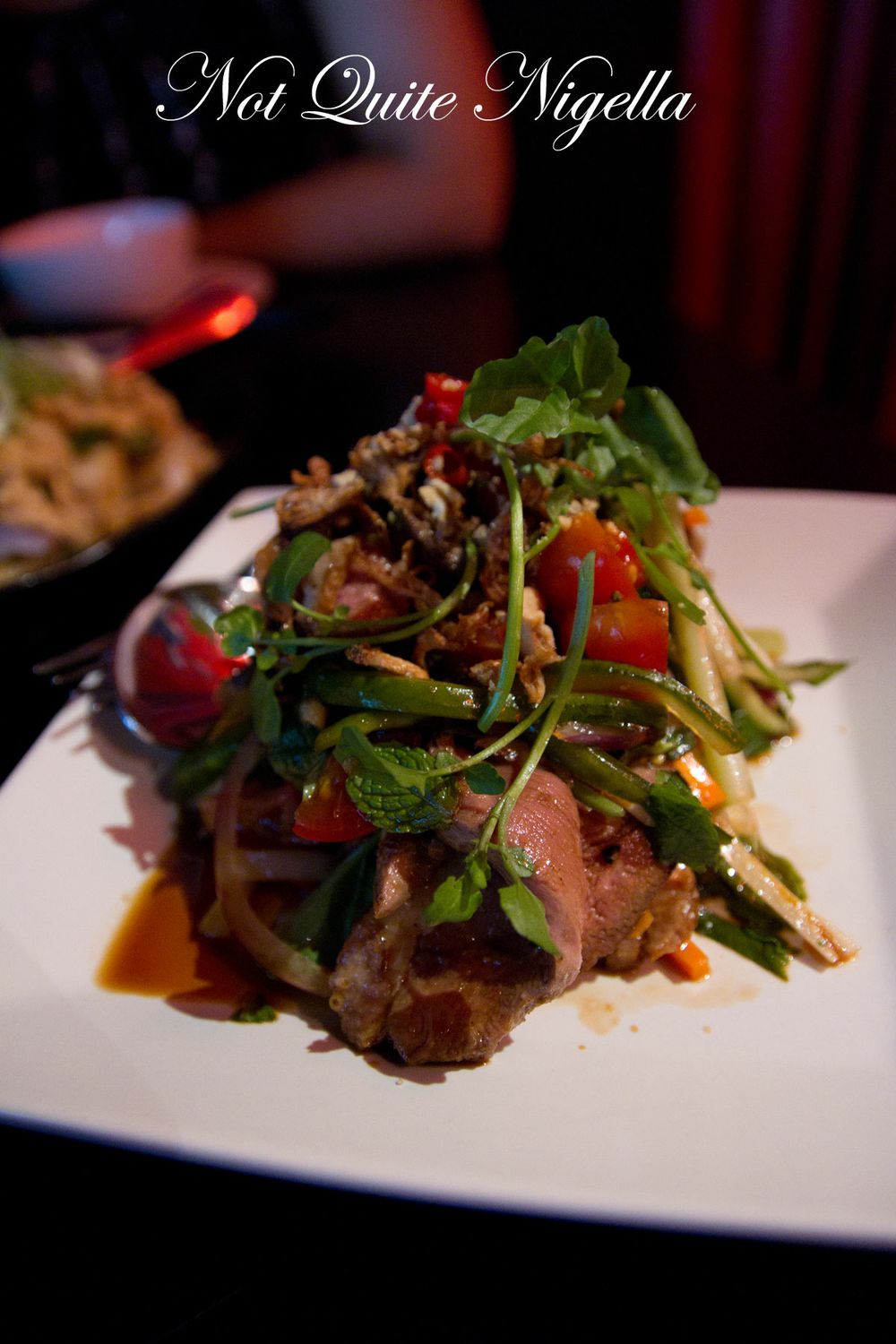 Now this was just what I needed, the duck breast with a lovely light char flavour, tender and paired with a crunchy pickled salad with myriad textures from the batons of cucumber, quartered cherry tomatoes, red onion, crushed peanuts and herbs all brought together  with a sweet dressing, deep in flavour. 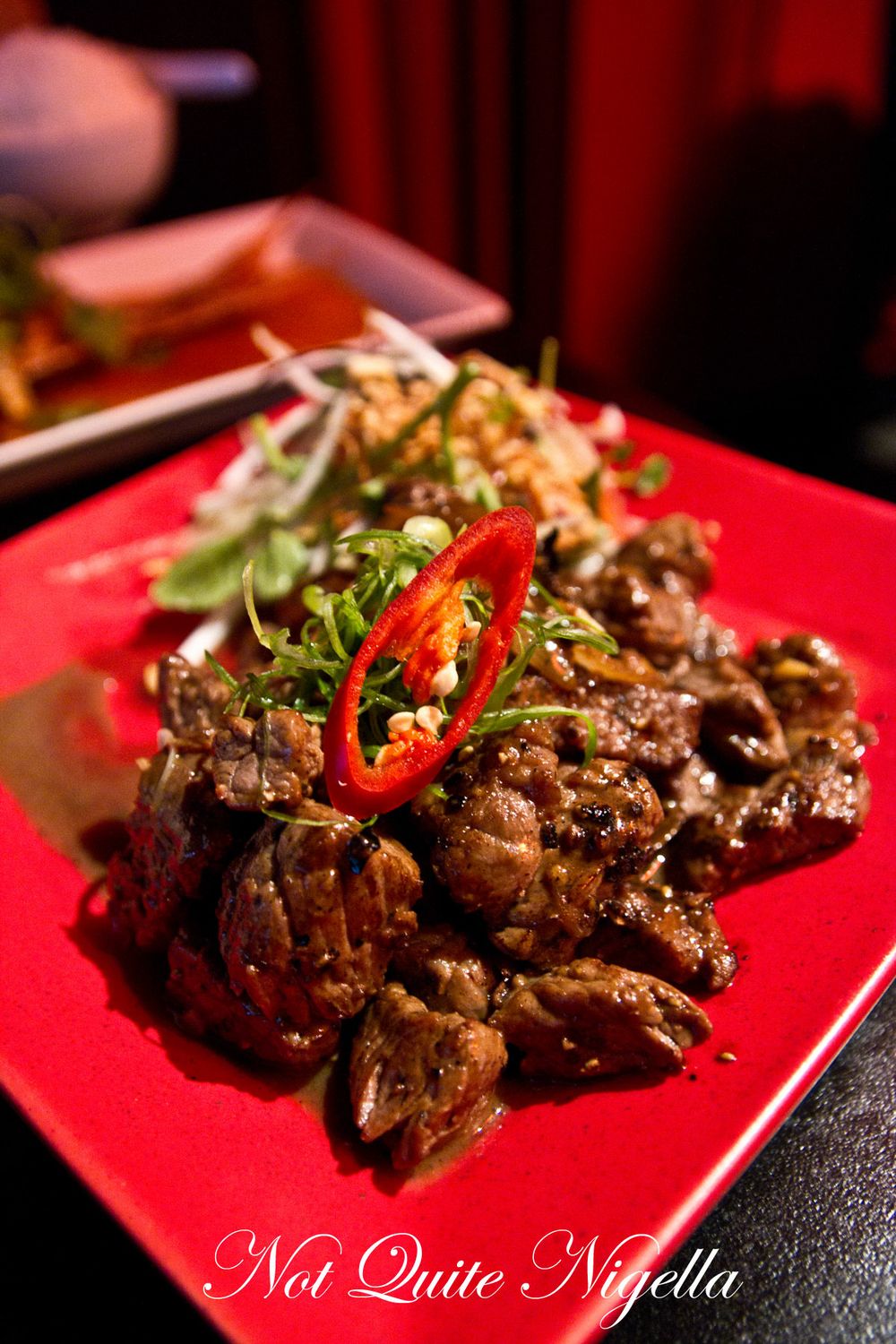 Shortly after, the mains arrive and the first is a tender cubed pasture fed Black Angus sirloin tossed in the wok with garlic, sesame and black pepper. The cubes of beef are plentiful and the accompanying salad gives the tender, rich, peppery beef a counterpoint. 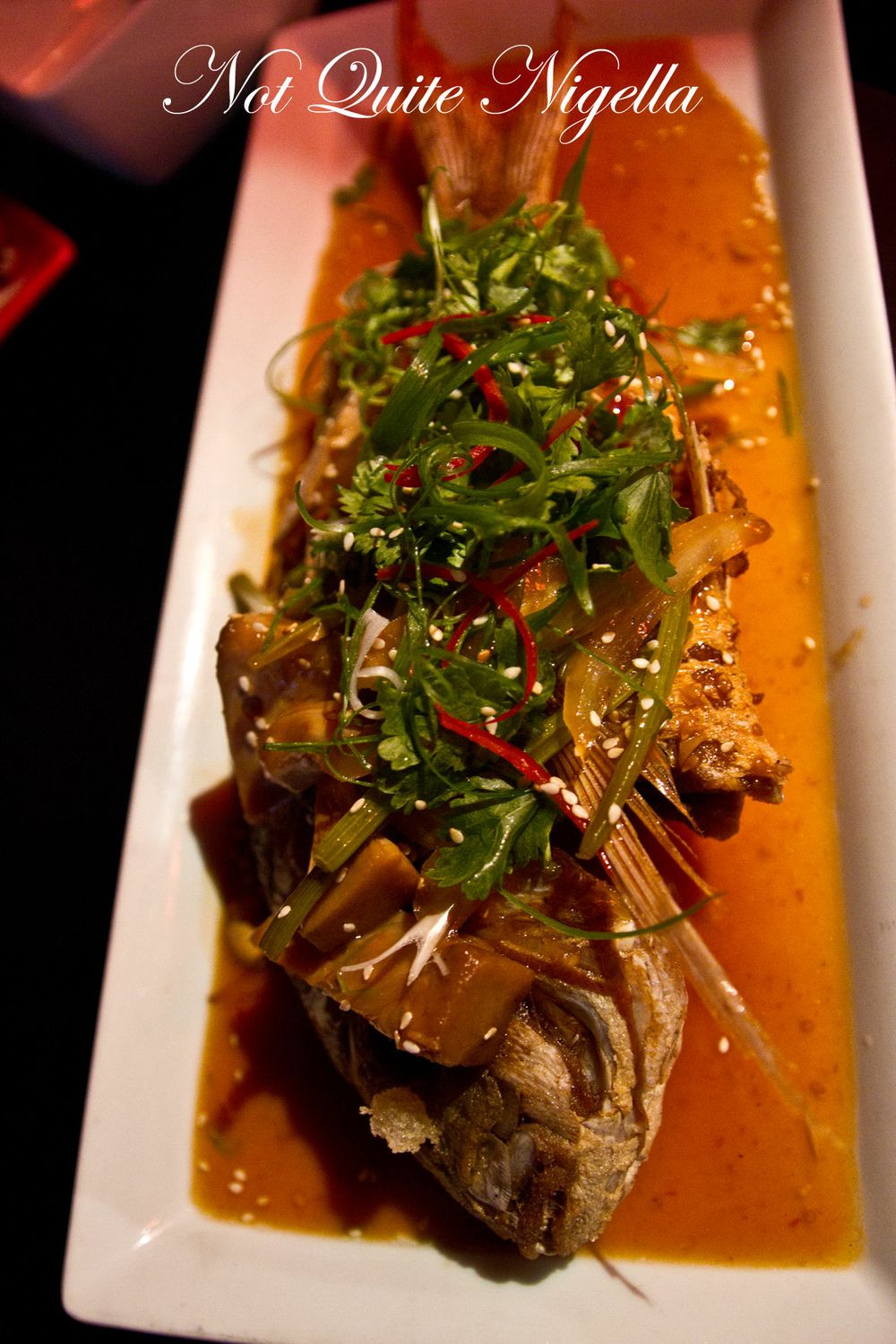 The other main was the line caught snapper which was served whole. It was shallow fried with a salad of green mango, radish, young jackfruit, tomato and Vietnamese herbs with the tumble of herbs on top giving the predominant flavour. The sauce is a beer sauce using the Vietnamese 333  beer (called ba ba ba). The mains are both good but the entrees really won our heart. Also, we were perhaps overly ambitious ordering these two mains given that we couldn't finish both and we had our eye on dessert. 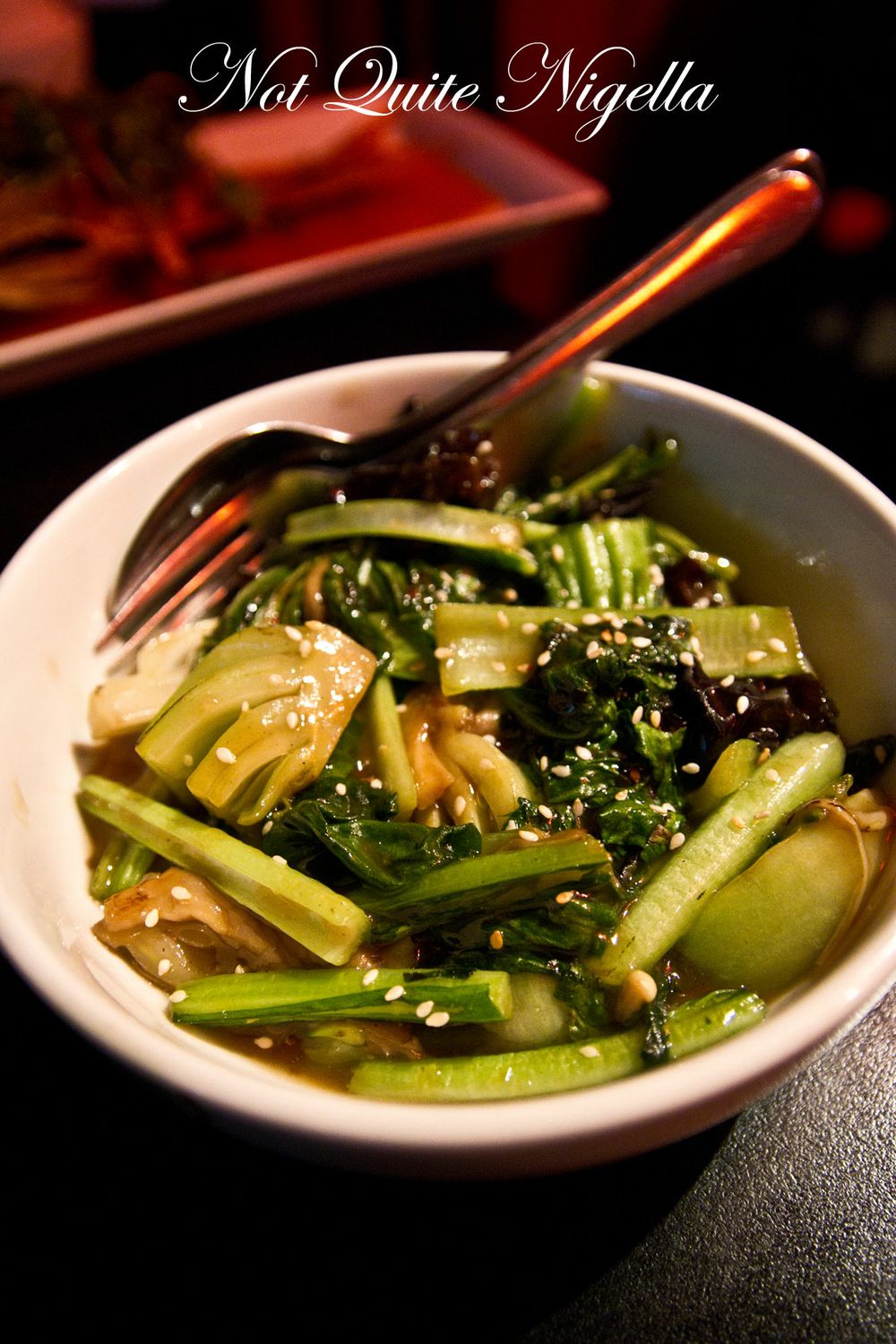 We are both quite smitten with the Asian green with bok choy and wood ear mushrooms because of the sauce - you know those sauces which have such a lovely balance of flavours that you just find it hard to stop eating them? 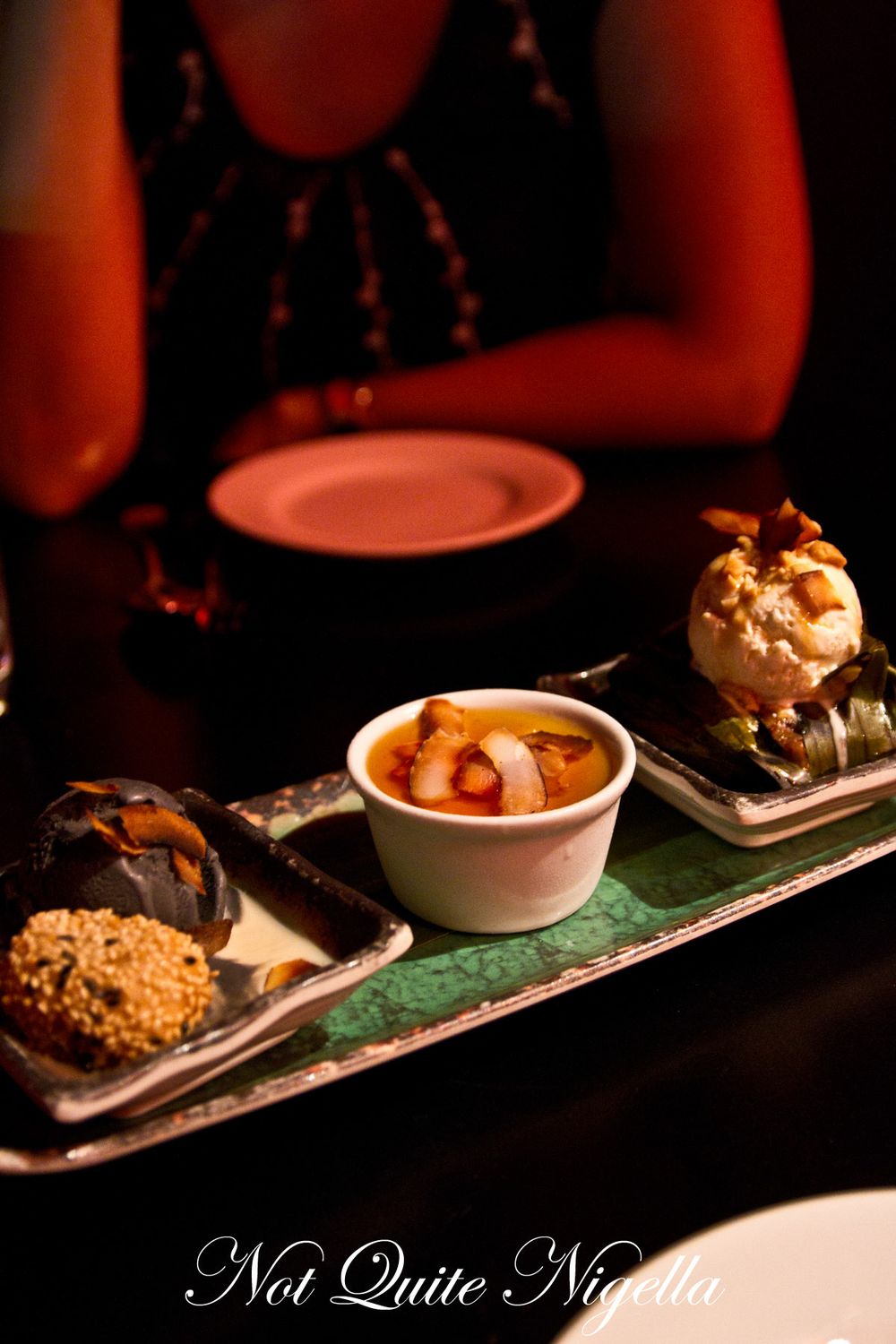 "What time is it?" I ask Ute mindful of dessert and our time limit. She looks at her watch, laughs and says "It's 7:15pm."  Dessert, despite our distended tummies, is ordered and we try the dessert plate trio. In the centre is the Kem Flan which is a coconut creme caramel made with  free range eggs and coconut milk which is smooth, eggy and with a delicious syrup. It is topped with small pieces of fresh strawberry and toasted coconut. 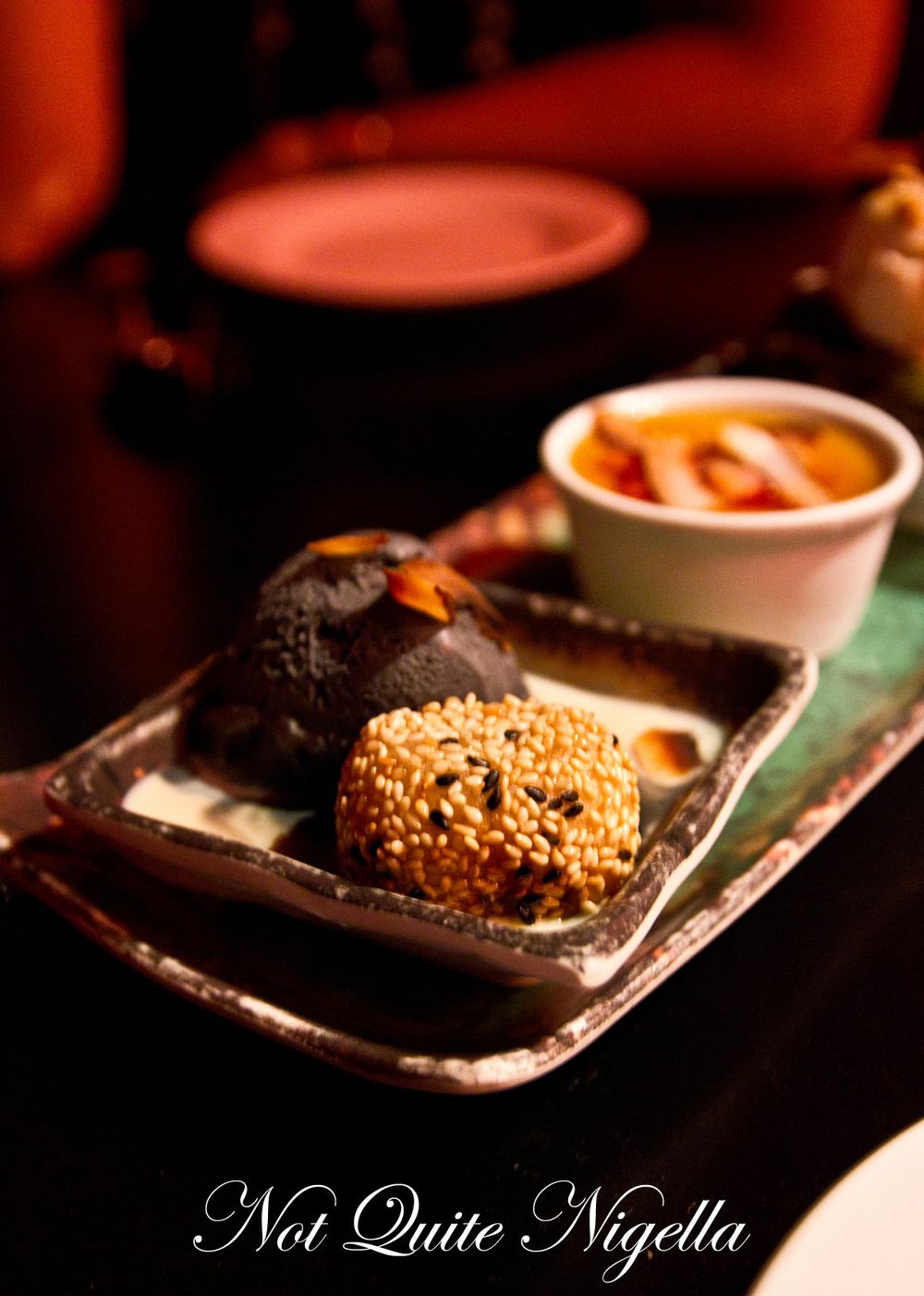 On one end is the Banh Cam Mang Cau which I learned how to make in the cooking class in Nha Trang. They're sesame balls made with rice flour and glutinous rice flour that are filled with soursop fruit and then rolled in sesame seeds and deep fried. They sticky and starchy and sweet and come with a black sesame ice cream. 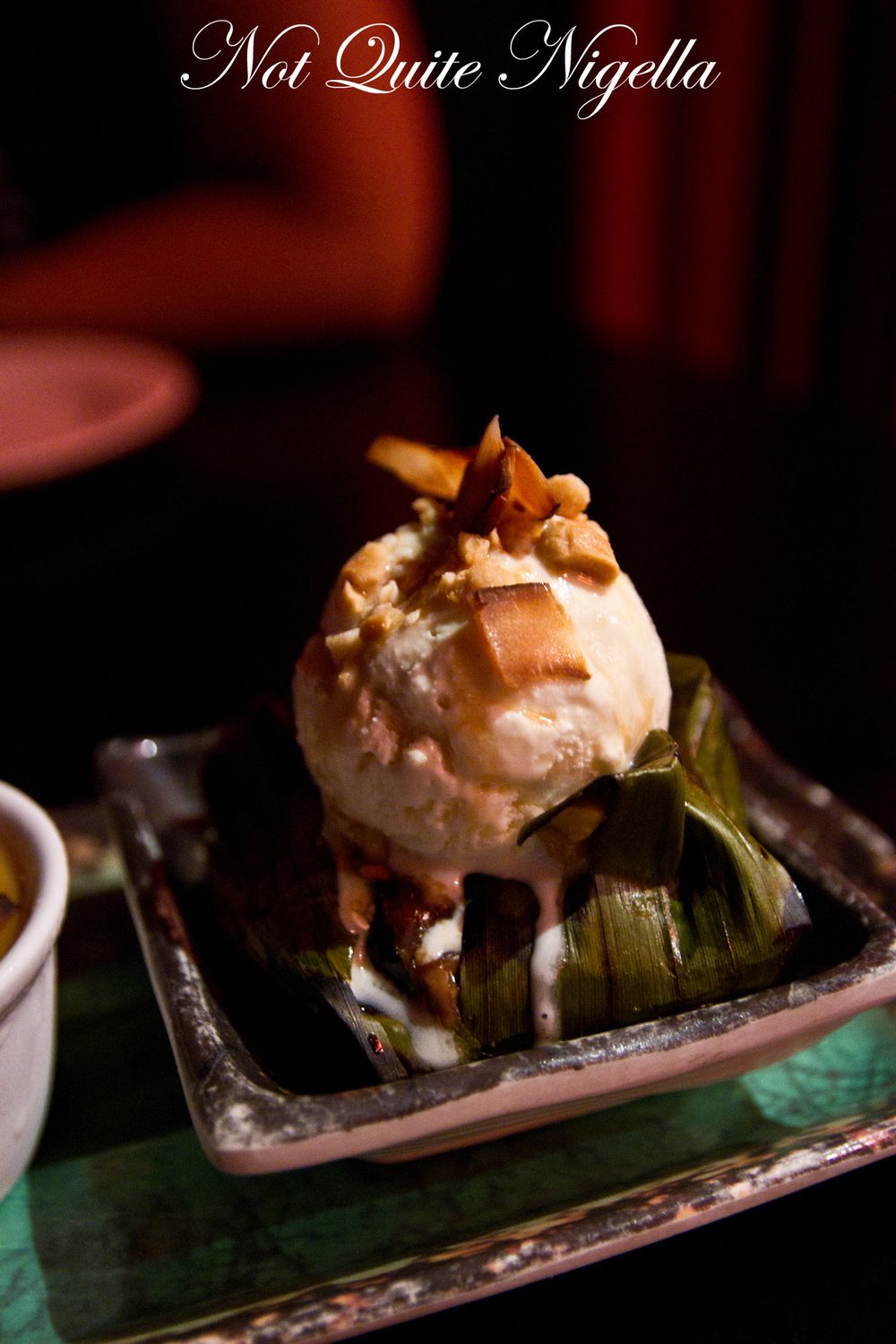 Lastly is the Com Nep La Chuoi which is red sticky rice wrapped in banana leaves and topped with a scoop of coconut macaroon ice cream. The red sticky rice is less sweet than Thai versions of red sticky rice so the coconut ice cream that sits on top sweetens it. The ice cream is just what we needed on this hot, sticky night and has a good texture from the coconut throughout it. 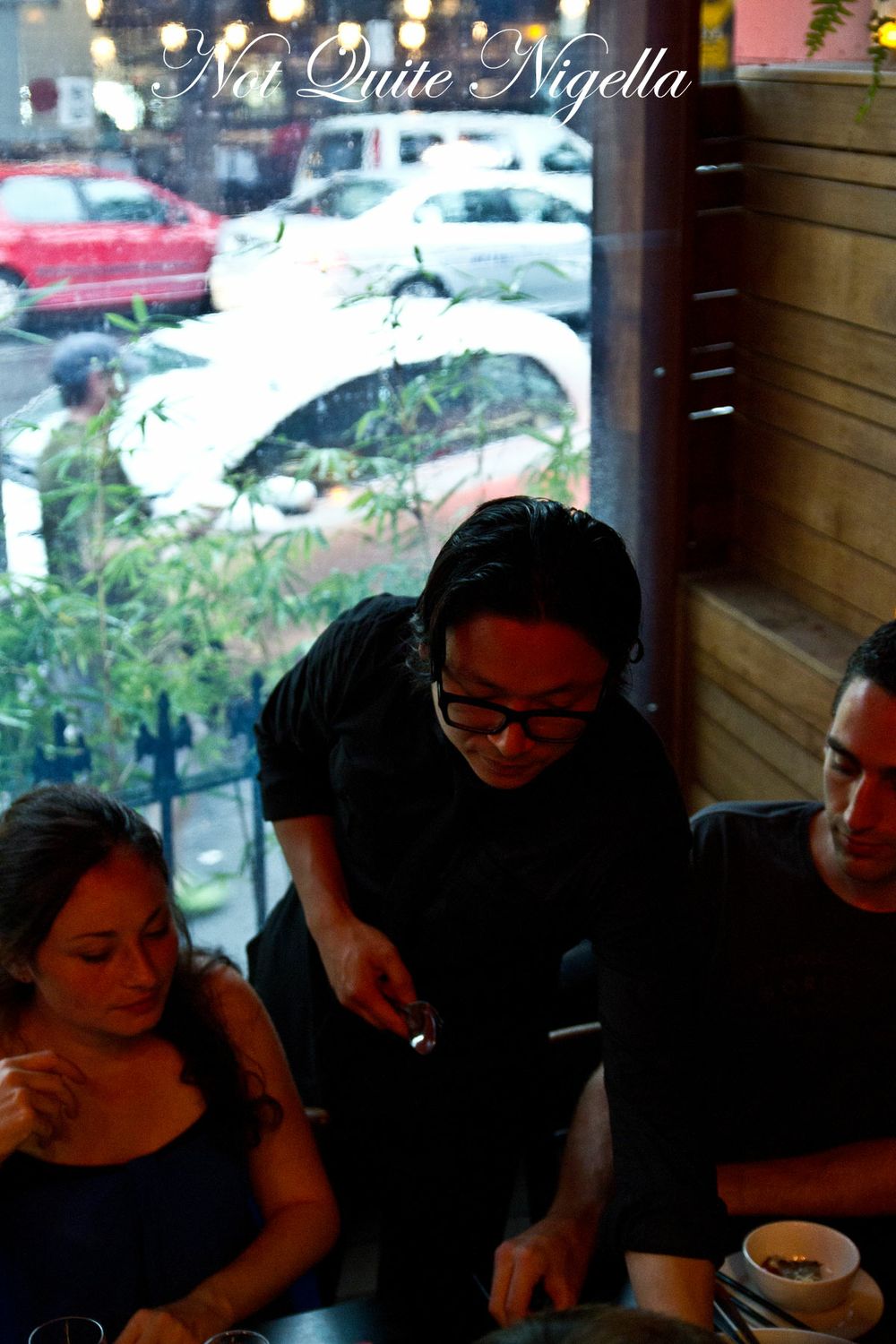 Luke comes over to ask how our meal was and adds "Do you know that you're missing an episode of my show dining here tonight" Luke says and hands me a copy of an episode of his series Greater Mekong on DVD. "OK that's a bit cheffy" Ute says and laughs.

So tell me Dear Reader, do you get inspired to visit a restaurant if you see the chef on television? 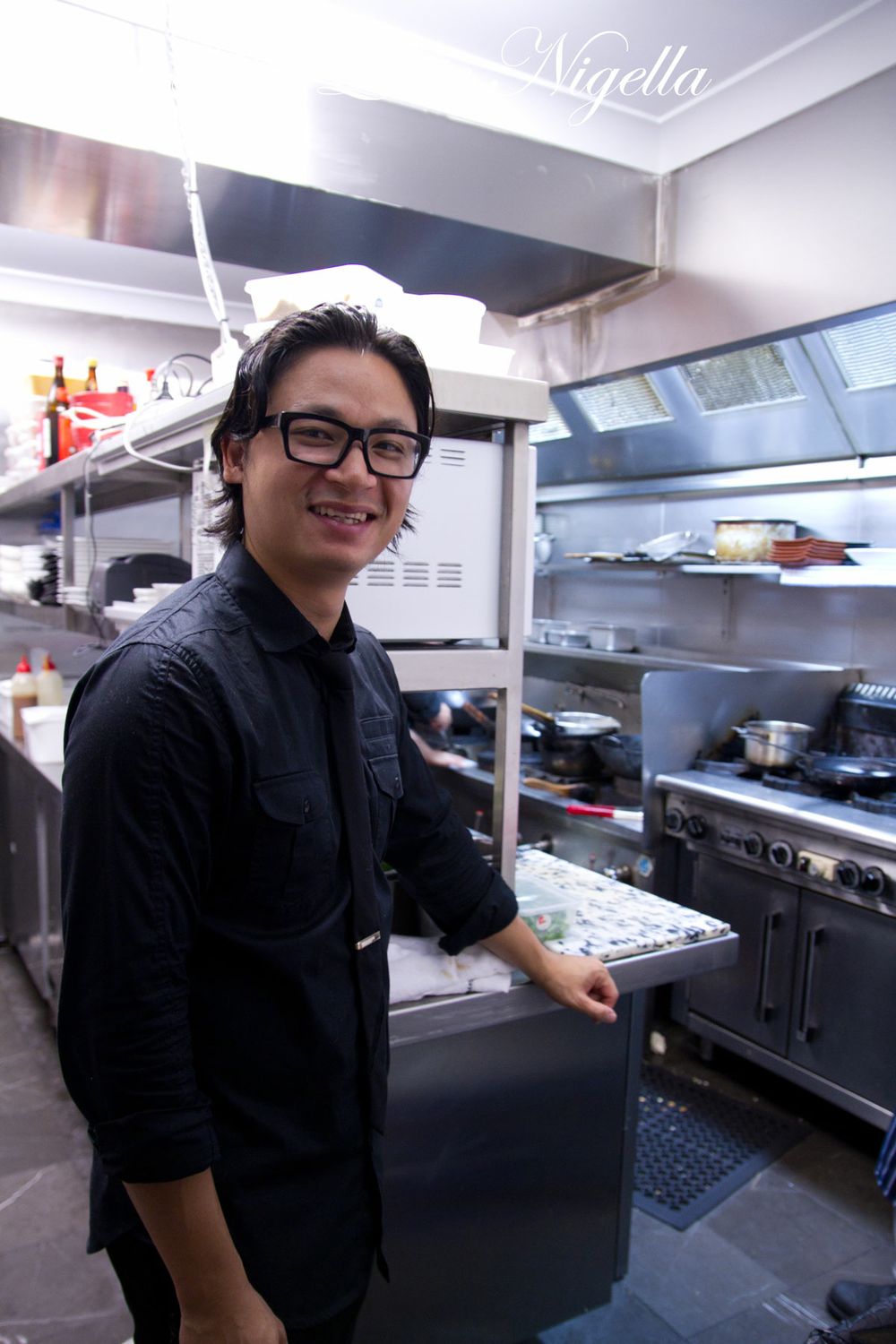 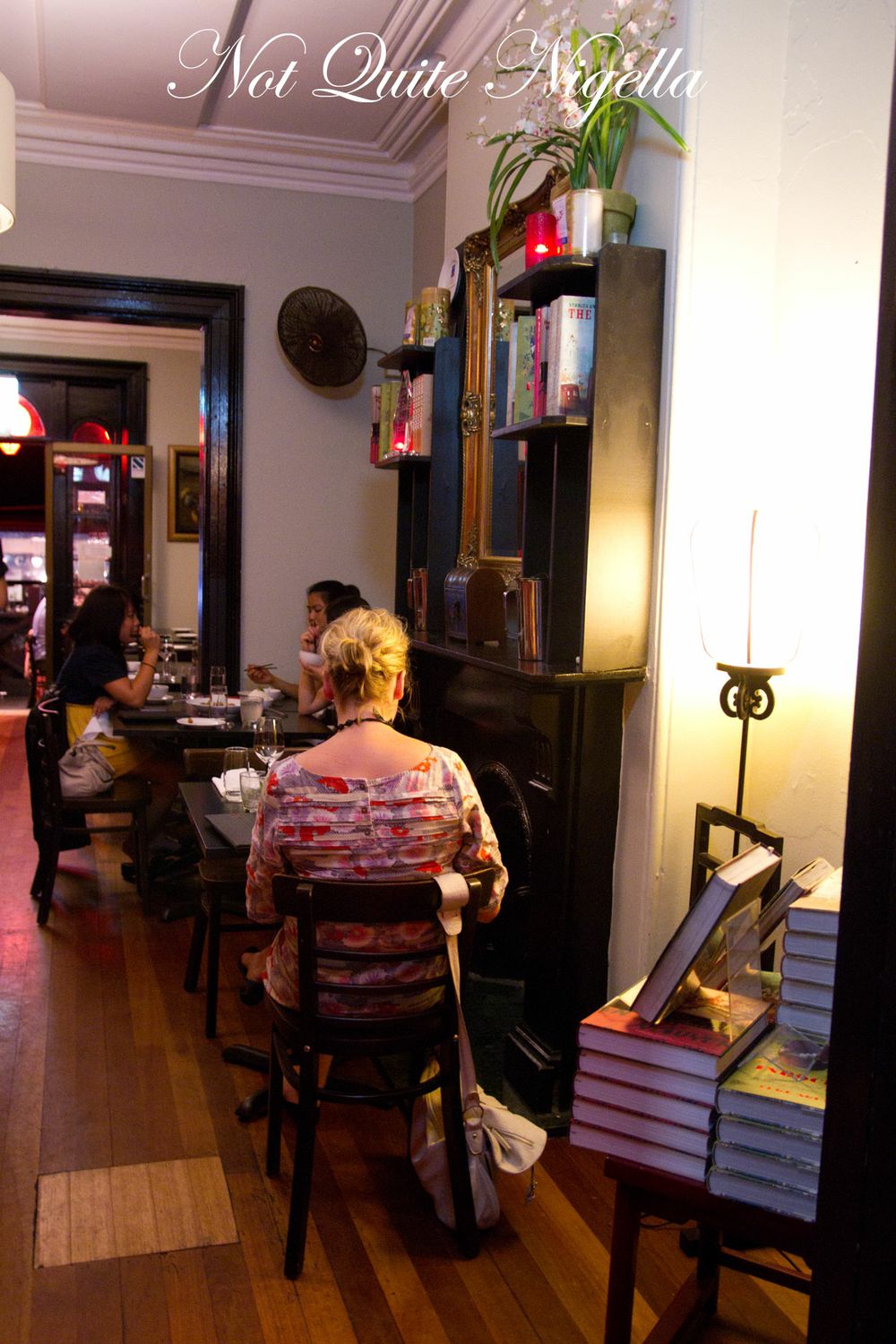 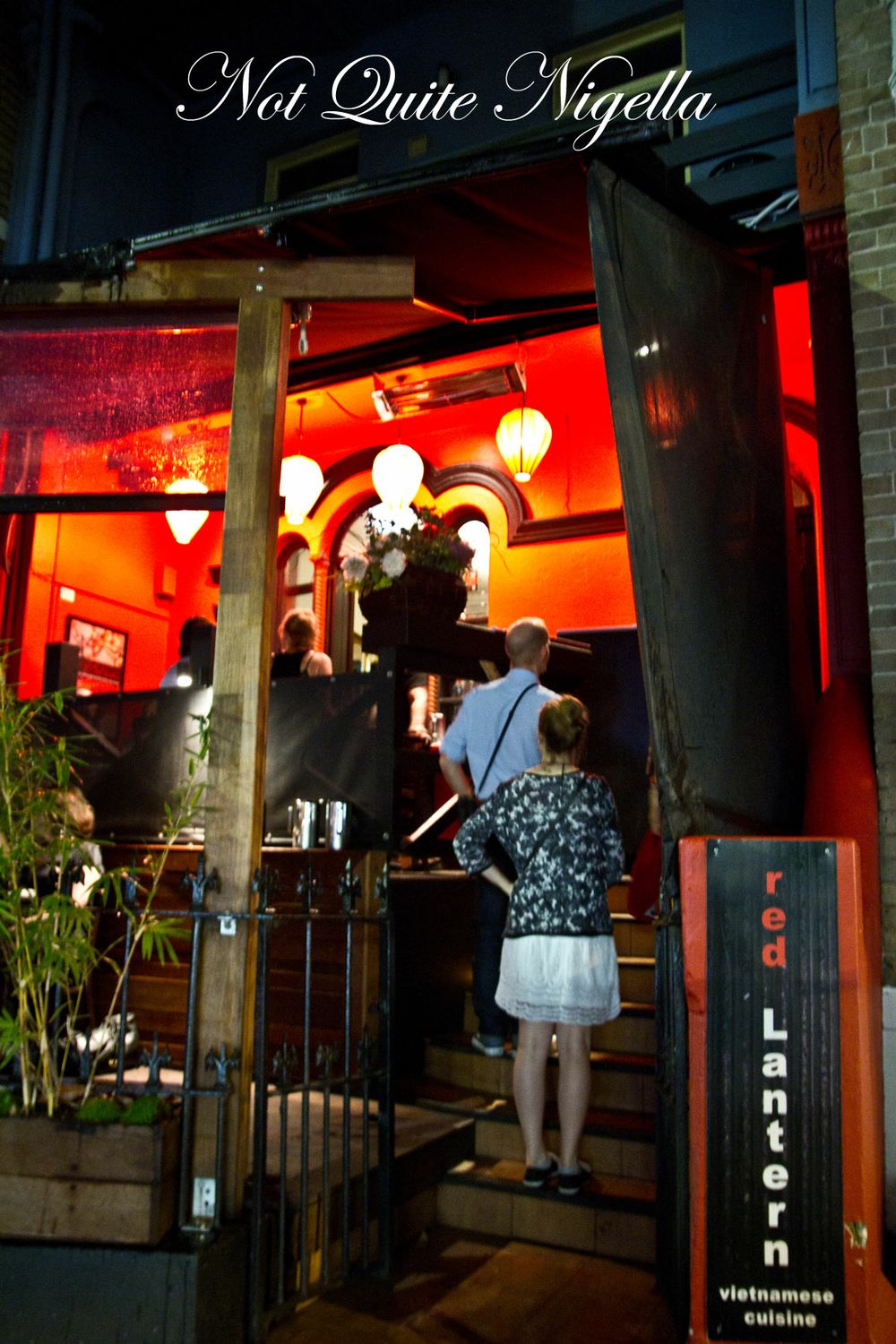