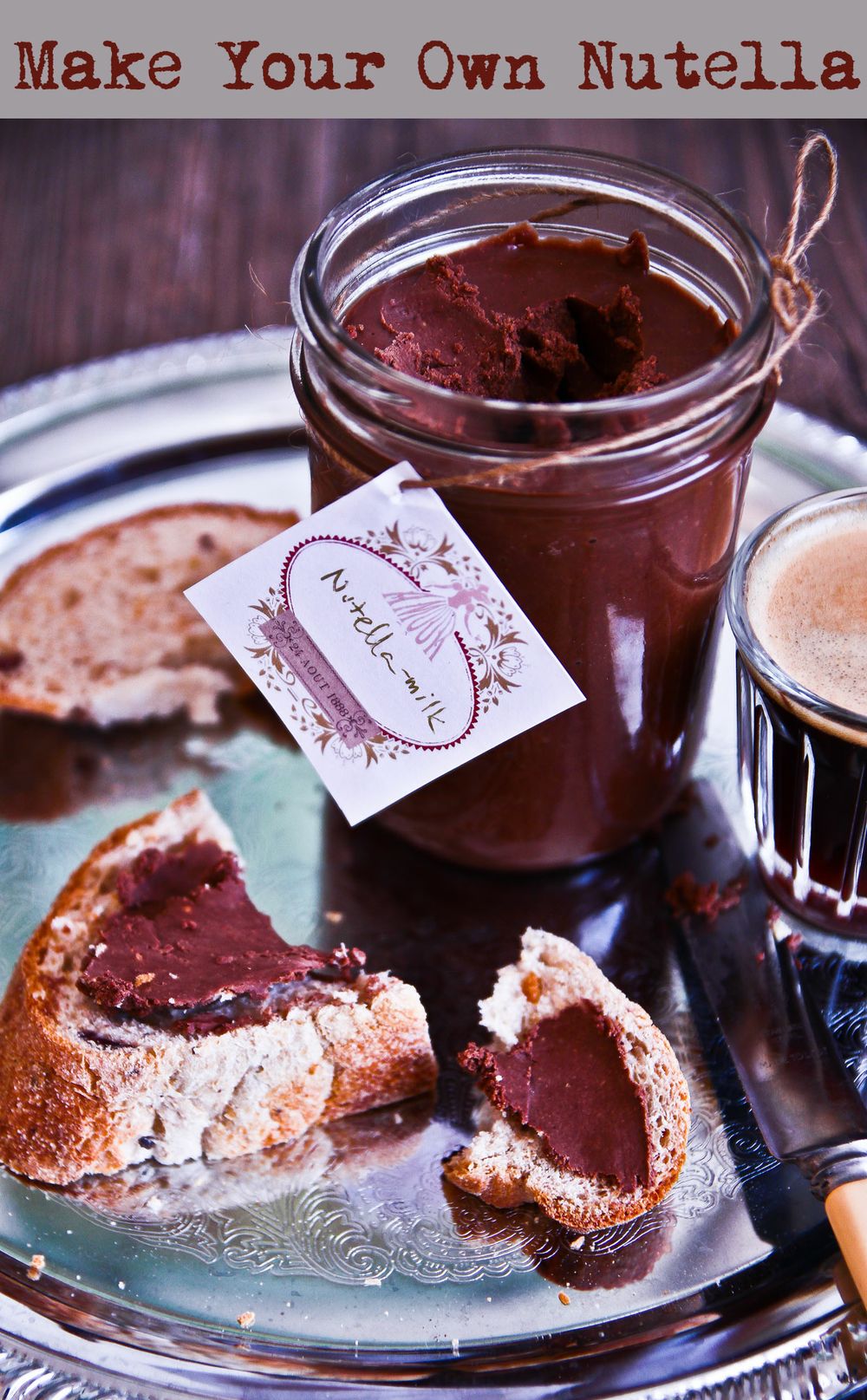 Now that I am no longer in the dating pool, I have to rely on friends to feed me horror stories of dates gone bad. One friend is an attractive girl, the kind that most would do a double take and give appreciative glance to when she walked down the street. Nevertheless, she found it hard to find a boyfriend so she turned to accepting a date from a colleague (who is actually quite famous in sporting circles).

Said colleague was more physical than intellectual which didn't really bother her (no, I promise this wasn't me although as I write this, it sounds like I'm trying to tell you a story about me disguised as a "friend's" story). They went out to dinner and then a bar and then they went back to her place. After going to the bathroom she walked back into the living room and her jaw dropped.

"Hey babe, want to watch a movie with me?" he said winking.

"It was the most depressing date I had been on" she said. "Worse still, I had no chocolate so I just opened a jar of Nutella and ate it with a spoon." 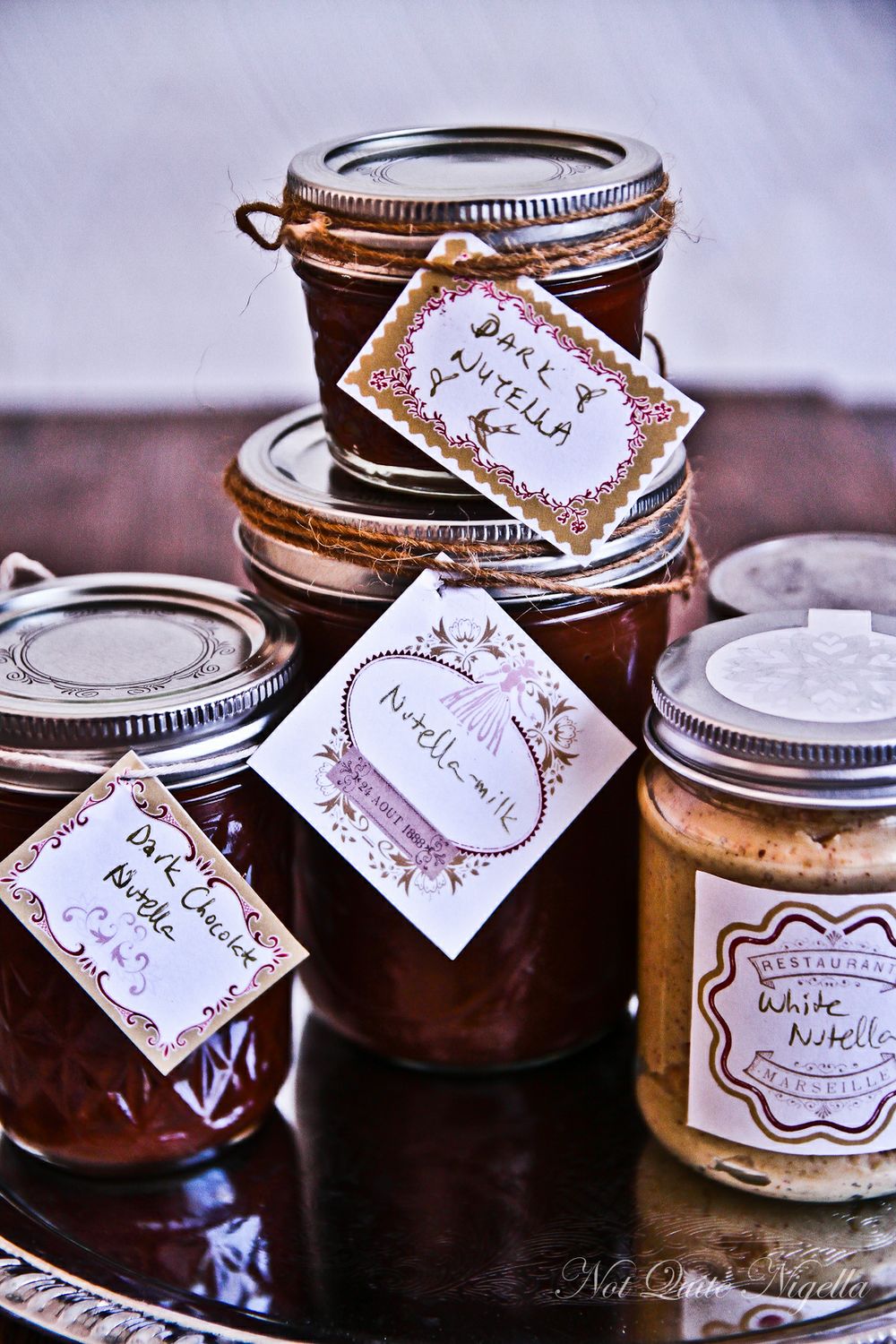 I don't think you need a dubious date to eat Nutella by the spoonful. I'm sure there most people have at some stage delved into the dark, chocolate, hazelnut spread and eaten it with a shovel ahem... spoon. But did you know that you could make Nutella in the space of five minutes? Not only that, you can tailor the Nutella to whatever flavour you want.

When I made one lot of milk chocolate Nutella which is the classic Nutella, I wondered what it would be like to make dark and white chocolate Nutella. I based them on a recipe by Cake Simple by Christie Matheson. The milk recipe produced a doppelganger for Nutella although it was slightly stiffer and firmer. The curious thing is that the list of ingredients in Nutella starts with sugar and palm oil, the latter of course one of those ingredients that has had a huge environmental impact destroying habitats and rainforests. The former, well having sugar as the first ingredient isn't ideal.

This version of Nutella uses hazelnuts, chocolate, a little sugar & oil, cocoa powder, vanilla and salt and is virtually identical to the store bought except of course you can tailor it to how you like it. If you find regular Nutella too sweet as I do, make a dark chocolate version and if you like the sweet stuff, a white chocolate version with some spices like cinnamon or ground ginger might do the trick.

The texture is thick although spreadable and I tinkered with the quantities to make it more spreadable. Keep it at room temperature and not in the fridge. Otherwise, it will harden up like a ganache and be impossible to spread unless you heat it gently. I asked Mr NQN to taste the difference between the two and the taste was pretty much identical with him preferring the home made version just a little bit more.

And always keep a jar handy just in case a date goes wrong. You can also use it as a weapon ;) 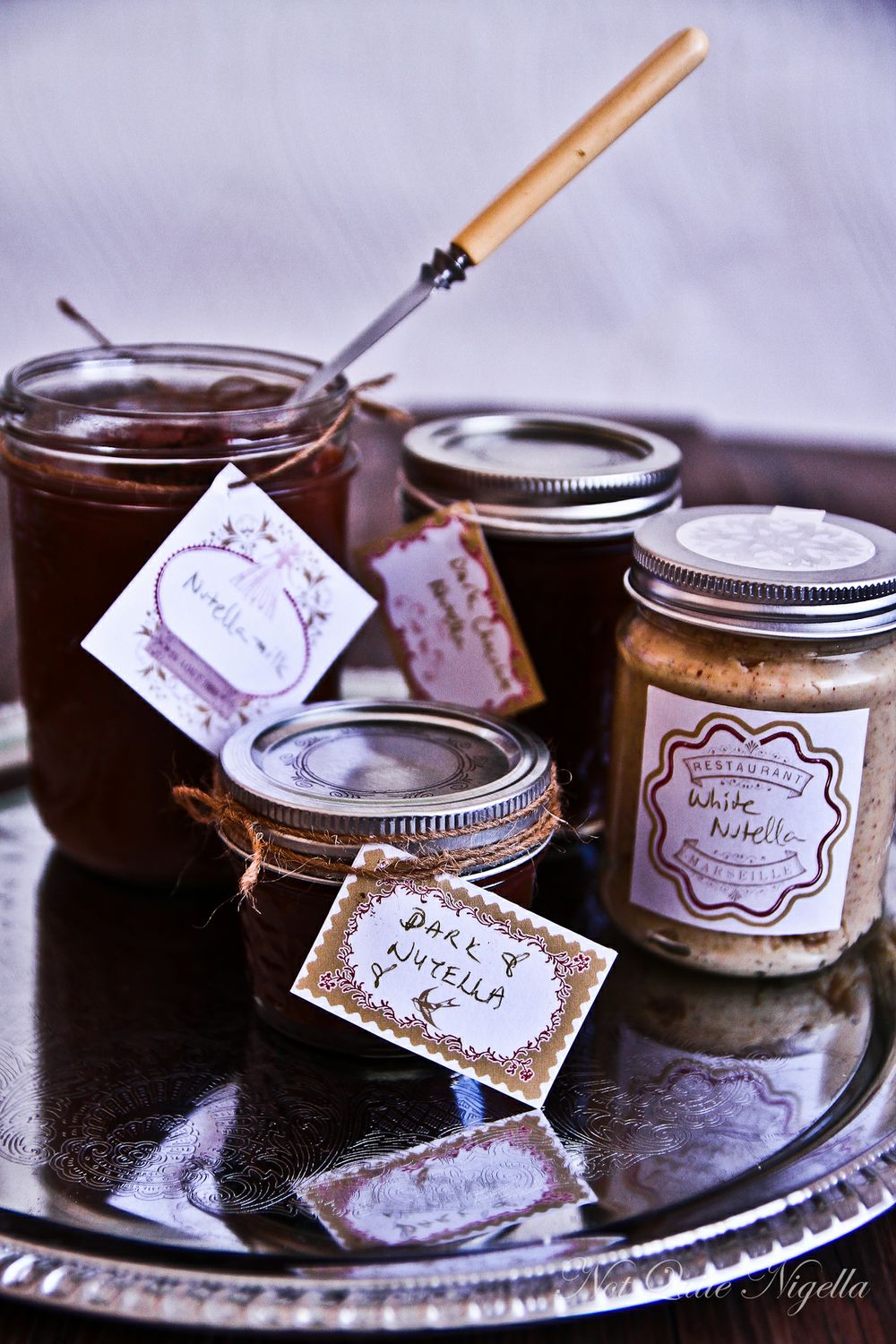 Nutella Made From Scratch 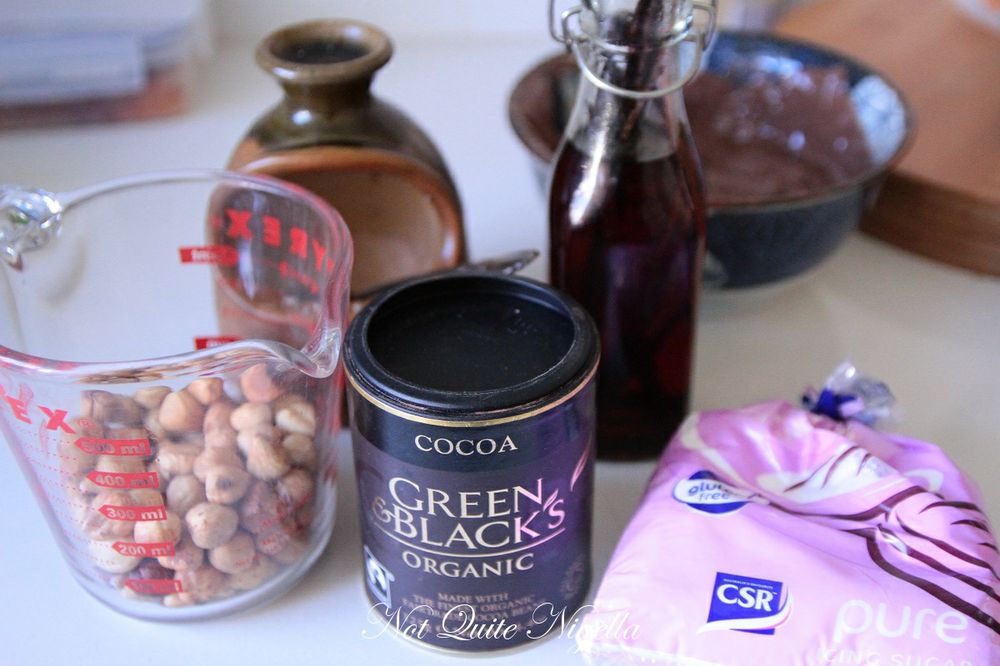 Buyer's tip: if you are based in Sydney, you can buy skinned, roasted hazelnuts at Paddy's Market at Nuts City

*To roast hazelnuts yourself, preheat oven to 180C/350F and lay the hazelnuts on a baking tray in a single layer. Roast for 10 minutes. Remove from oven and in a clean teatowel, rub these to remove most of the skin (not all of the skin will come off but that's ok). 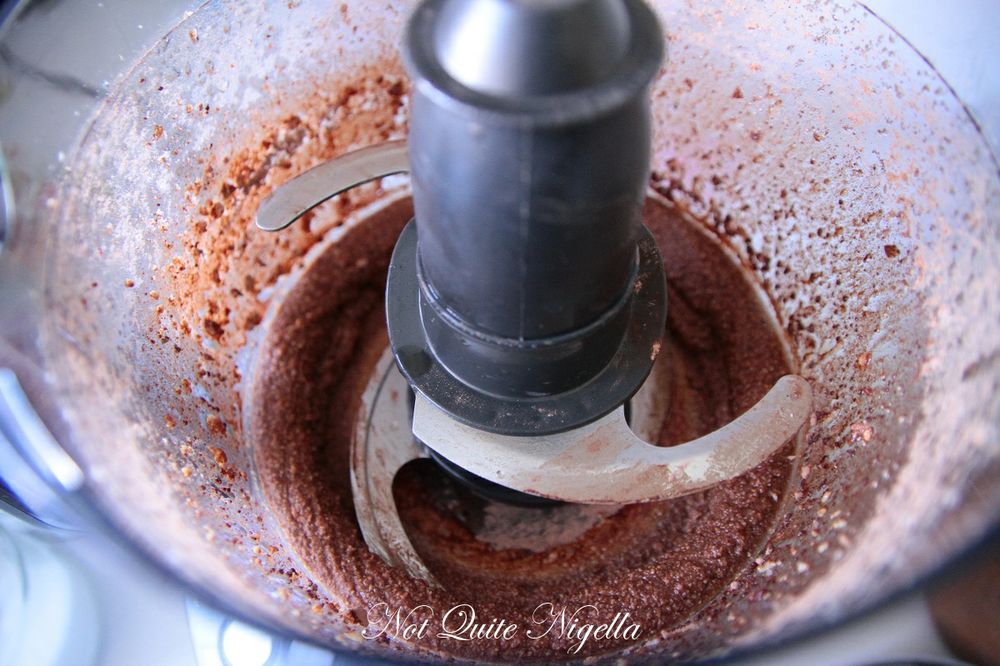 Step 1 - Have suitably sized jars ready-this makes about 500ml or 1 pint of Nutella. Place the chocolate in a heatproof bowl over a pan of simmering water (making sure that the base doesnt touch the water) and stir until the chocolate is melted and smooth. You can also do this in a microwave on 50% in 60 second bursts making sure to stir between each burst. 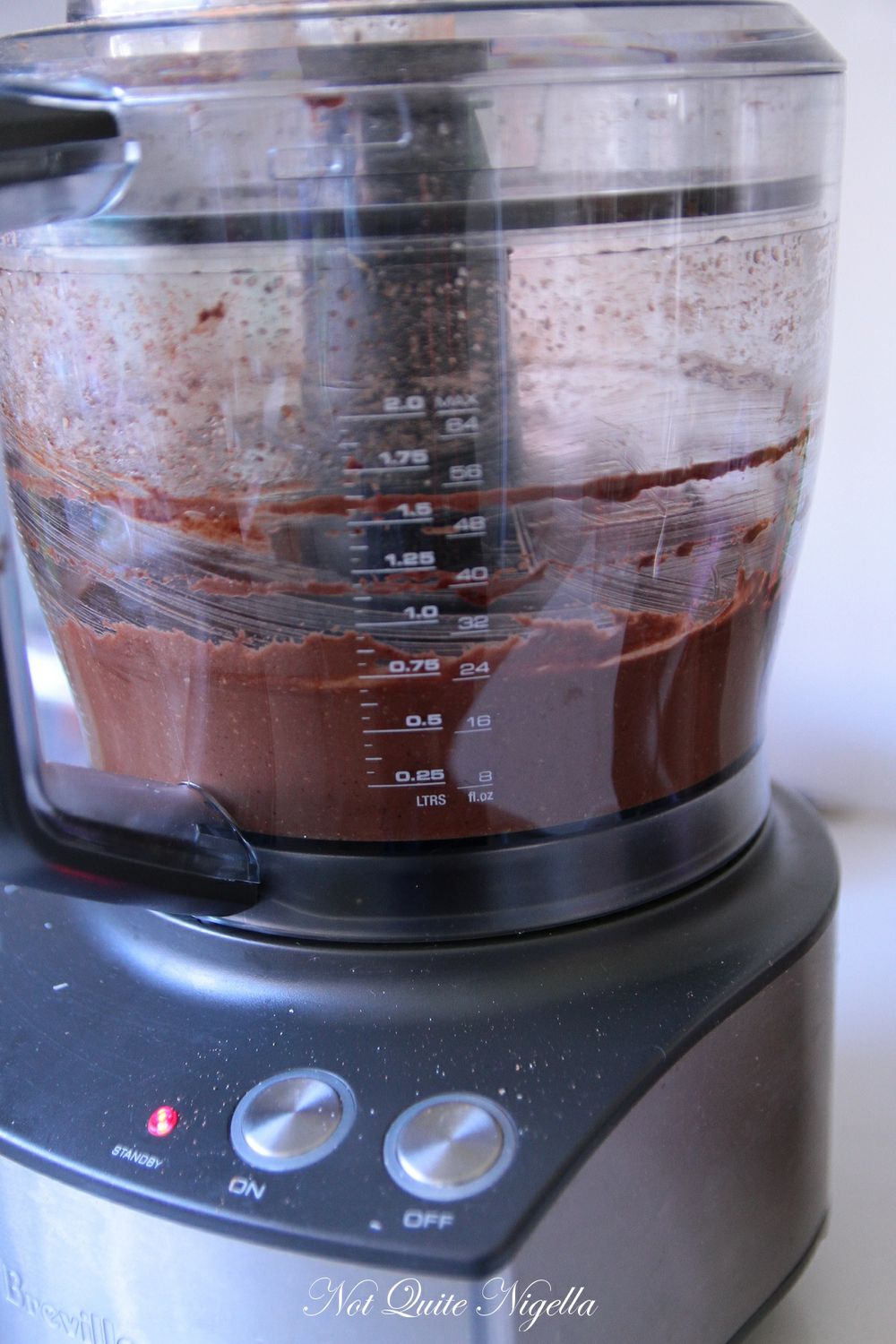 Step 2 - Add the roasted, skinned hazelnuts to the food processor and grind until it becomes small particles. While the blades are going, add the sugar, oil, cocoa and vanilla down the funnel and add a small pinch of salt (a little goes a long way). Process until smooth scraping down the side once or as necessary. Then remove the lid and add the melted chocolate and process. 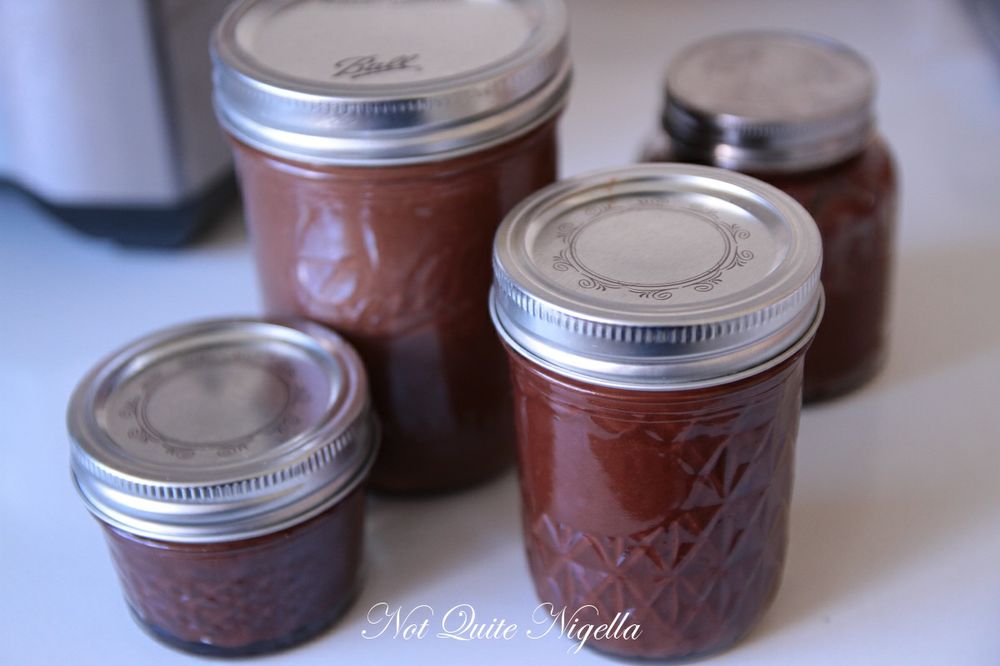 Step 3 - Pour into the jars while it is still warm and liquid-it firms up on cooling and is easier to place in jars and remove the air bubbles when it is liquid. Gently rap the jars against the counter to remove air bubbles and place lid. And then claim the rest of Nutella in the food processor as a cook's treat! ;)

Use the same method as above. 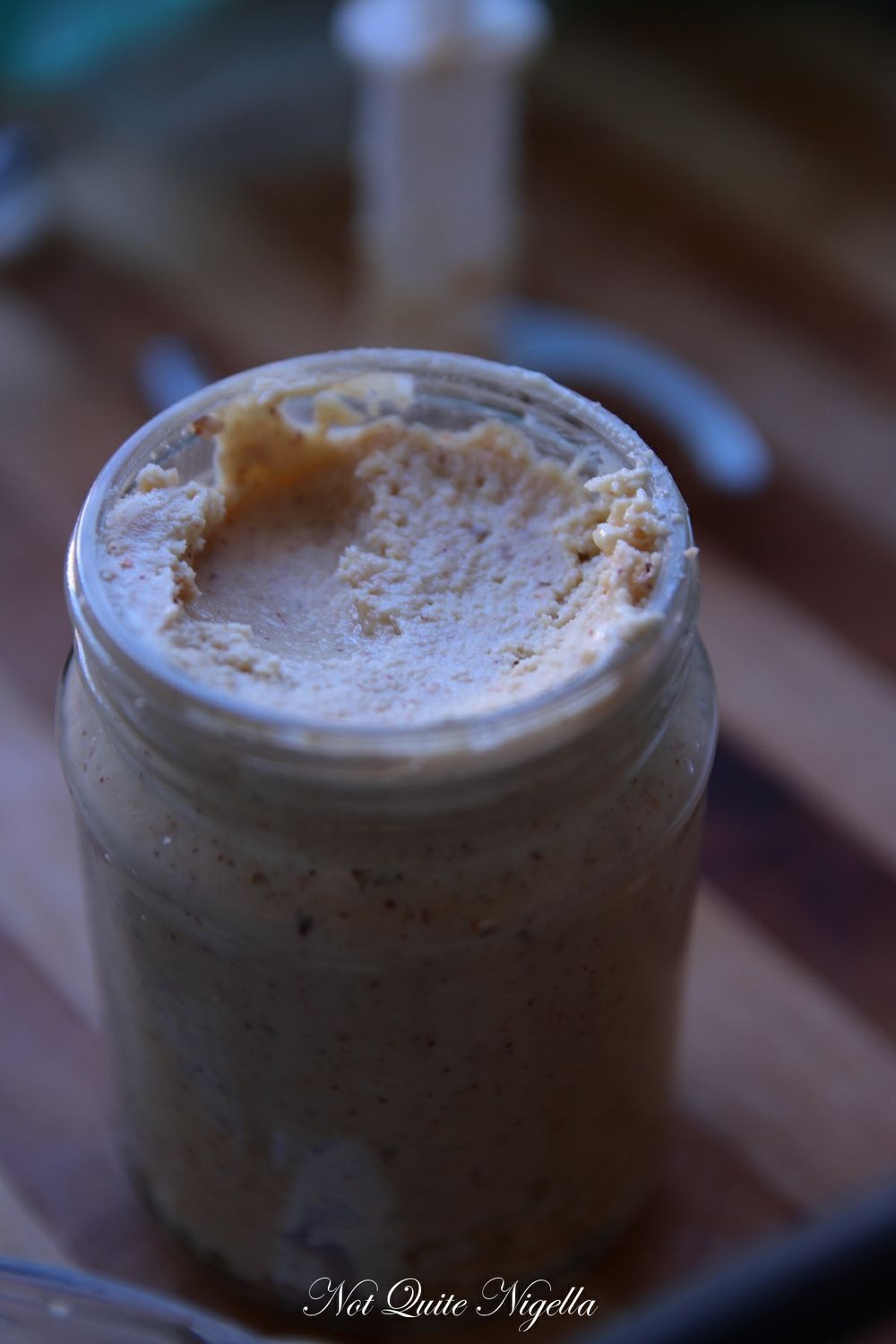 Use the same method as above although you will be omitting the sugar and cocoa and adding ground ginger or a spice to it. 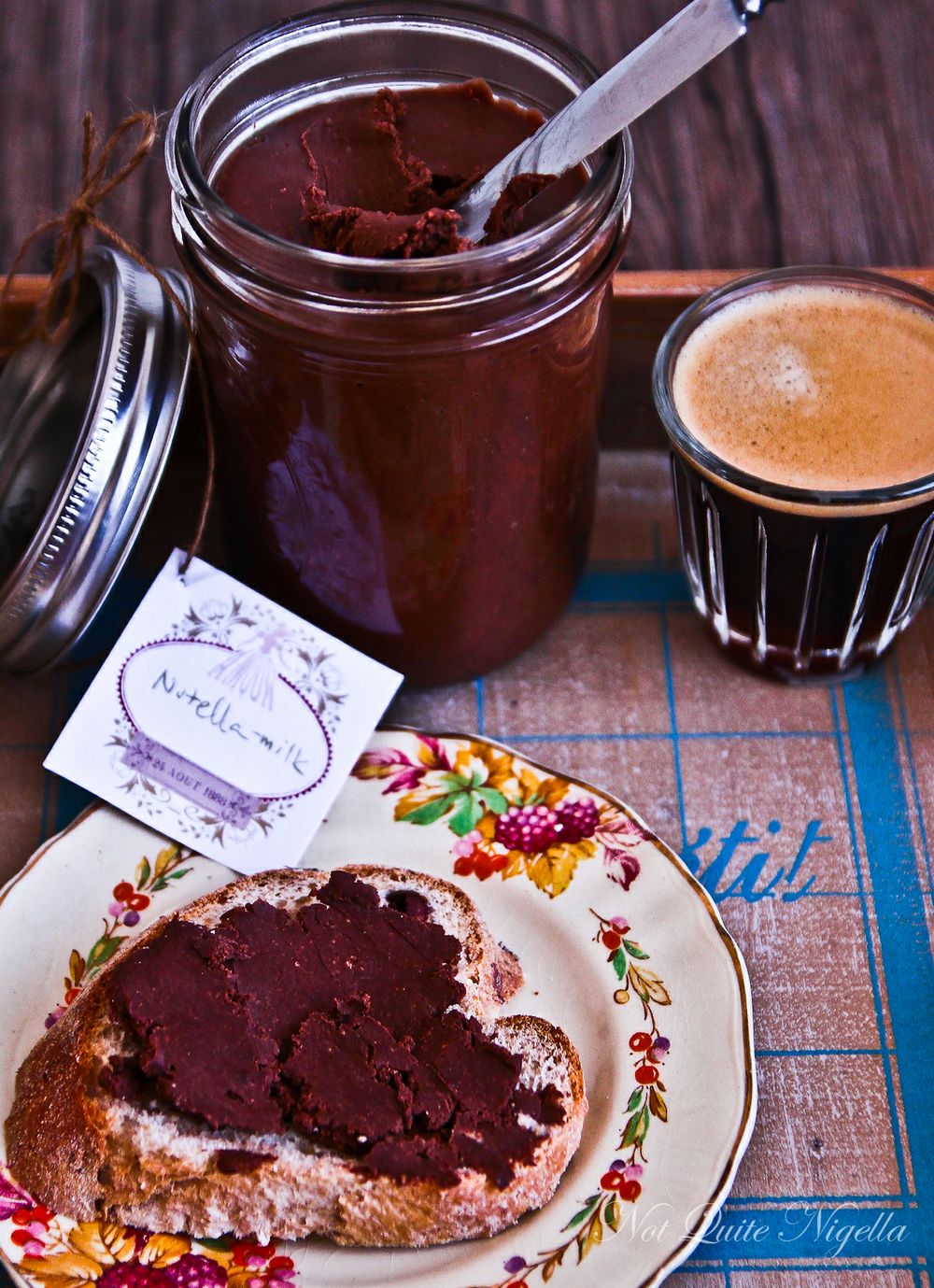