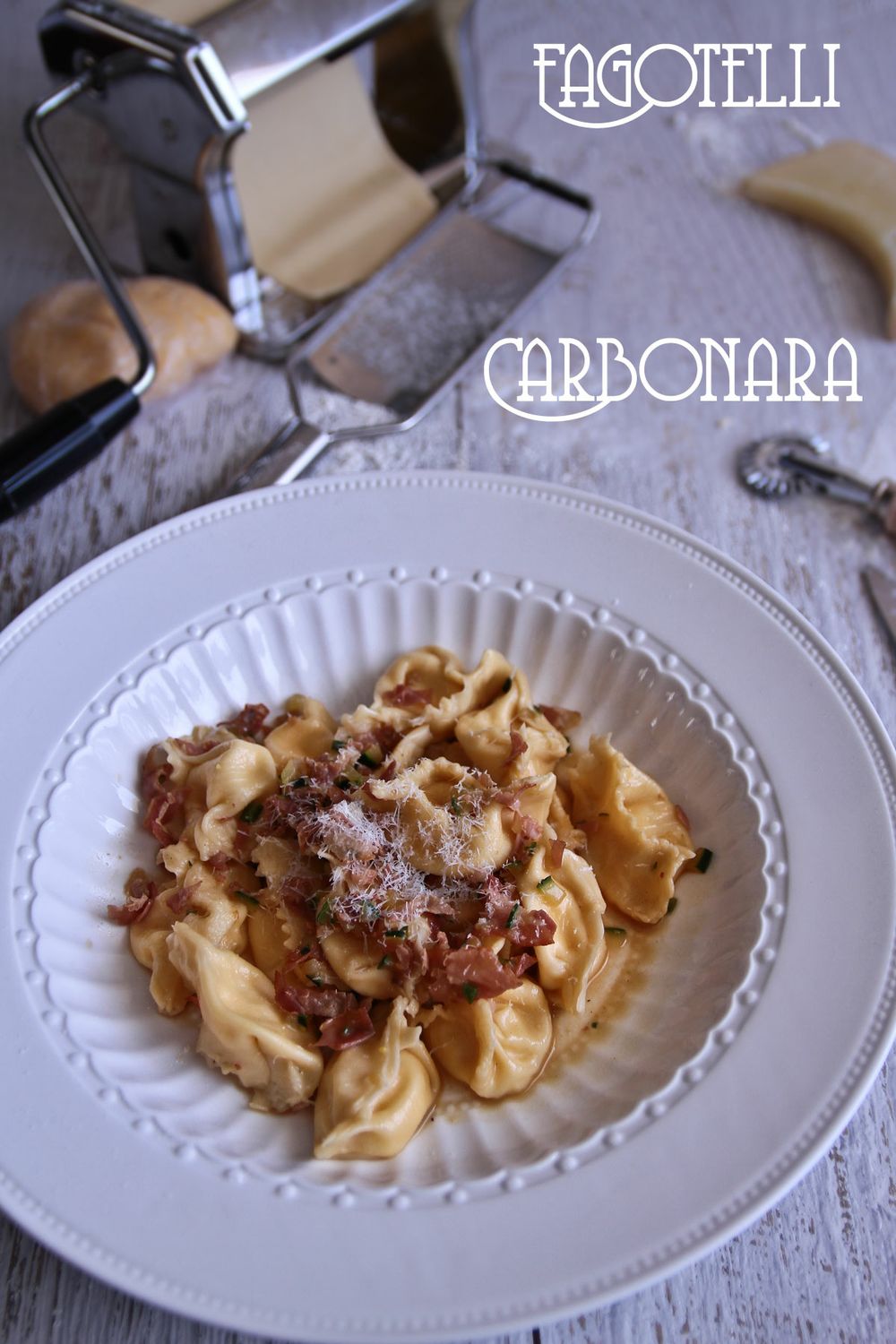 What is your impression of an eight course degustation. Is it the idea of luxury, the endless number of rich courses? The feeling of fullness or being completely stuffed like a turkey at the end? For the three Michelin star chef Heinz Beck, the idea behind the eight courses is not only taste but healthiness. 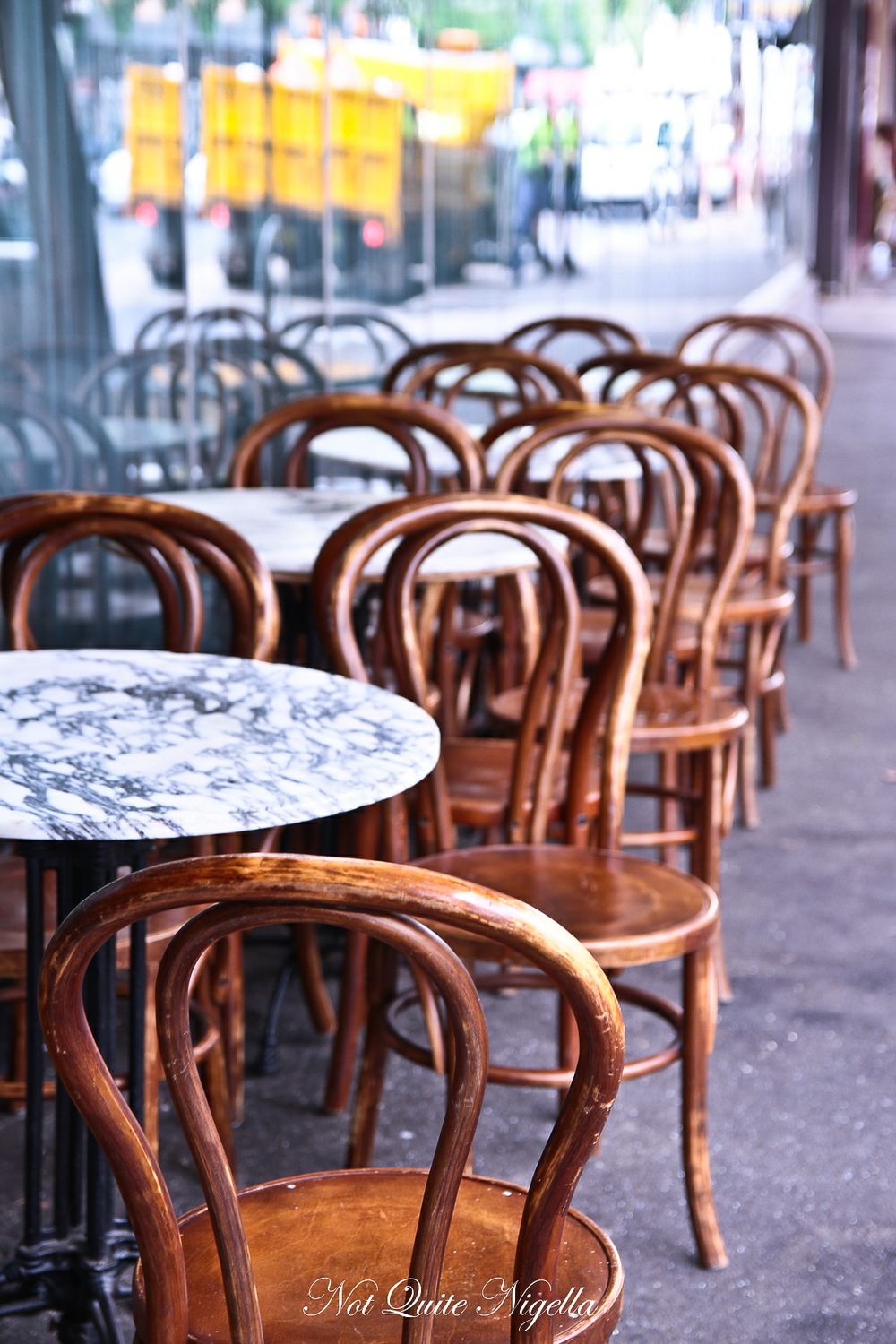 Healthiness? Michelin? Degustations? As strange as it sounds, it's all possible. I'm up early to meet with German born chef Heinz Beck who has two restaurants in Rome and one in London and is the proud possessor of three Michelin stars. Travel has made him a little weary so he is quiet but amiable but don't ask him about why a German chef loves cooking Italian cuisine. "I'm European" he says emphatically. 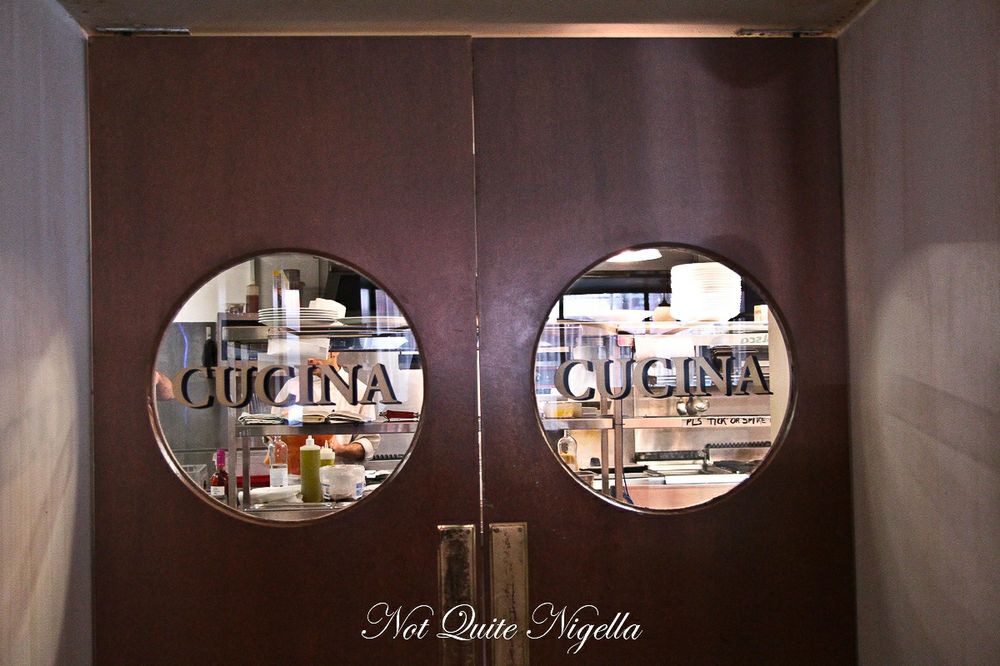 Part of his influence is from his Sicilian wife and mother in law. The waiting list is 2.5 months at La Pergola, his lushly decorated restaurant in Rome. One wall is covered with a 18th century Aubusson tapestry-the others in the collection rest in The Louvre and in a private collection. And once he changes into his chef's whites, he becomes quite playful and excited showing us exactly how to make his signature fagotelli carbonara, the dish he is famous for and Michelle Obama so enamoured with. 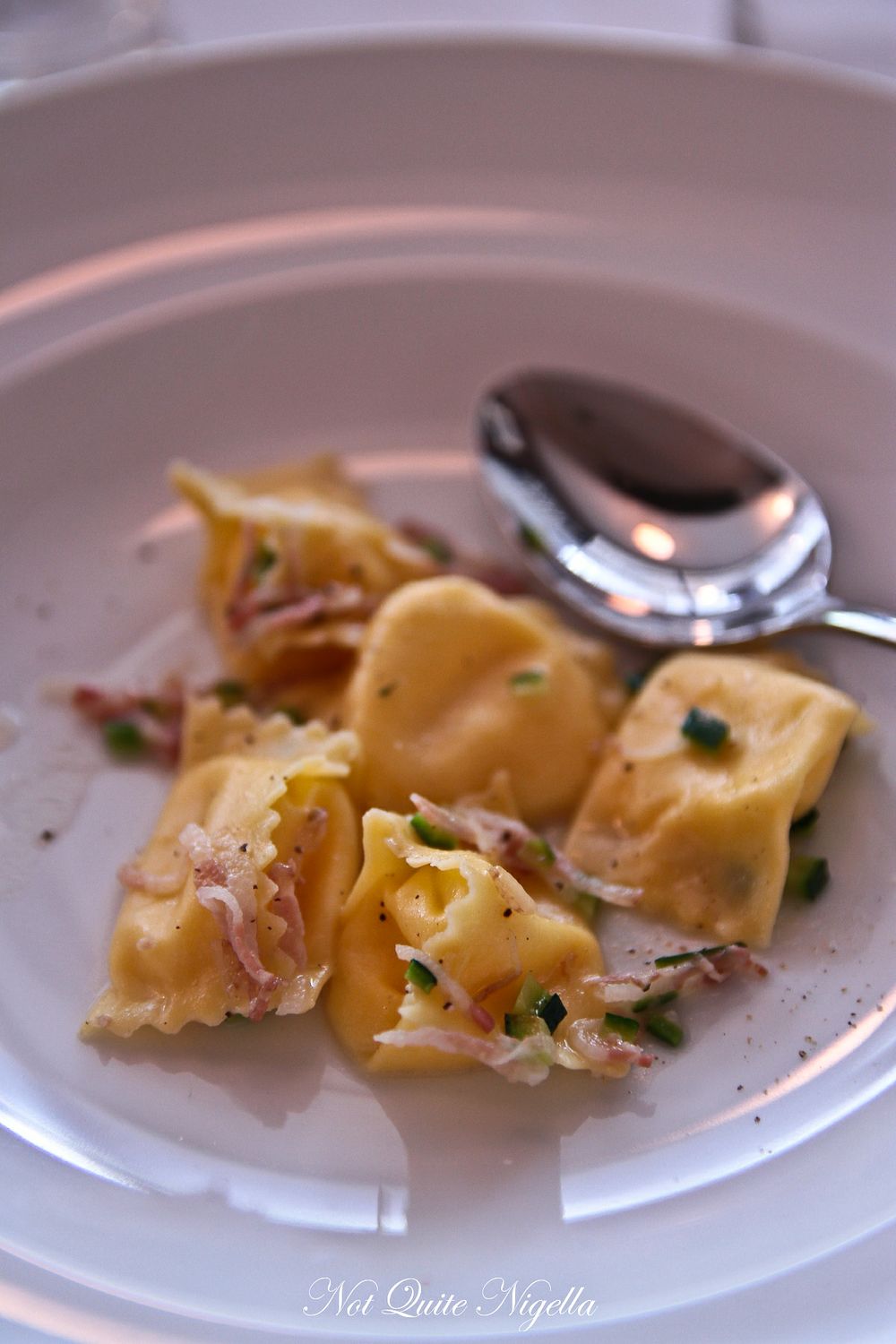 It's an intriguing dish, nothing like spaghetti carbonara. In it, fagotelli which are little square parcels, are filled with a mousseline of cheese. The pasta itself is rolled so thin that you can read through it and it is made from De Cecco semola flour, the only one that he will use that is slow to release carbohydrates and is better for you. The pasta is served as five pieces with a little of the sauce and you spoon onto into your mouth and let the paper thin membrane of the pasta burst with the creamy cheese filling all over your tongue. Watching others eat it, you know their smile appears when the liquid has been released and then a spoon goes quickly back for another spin. 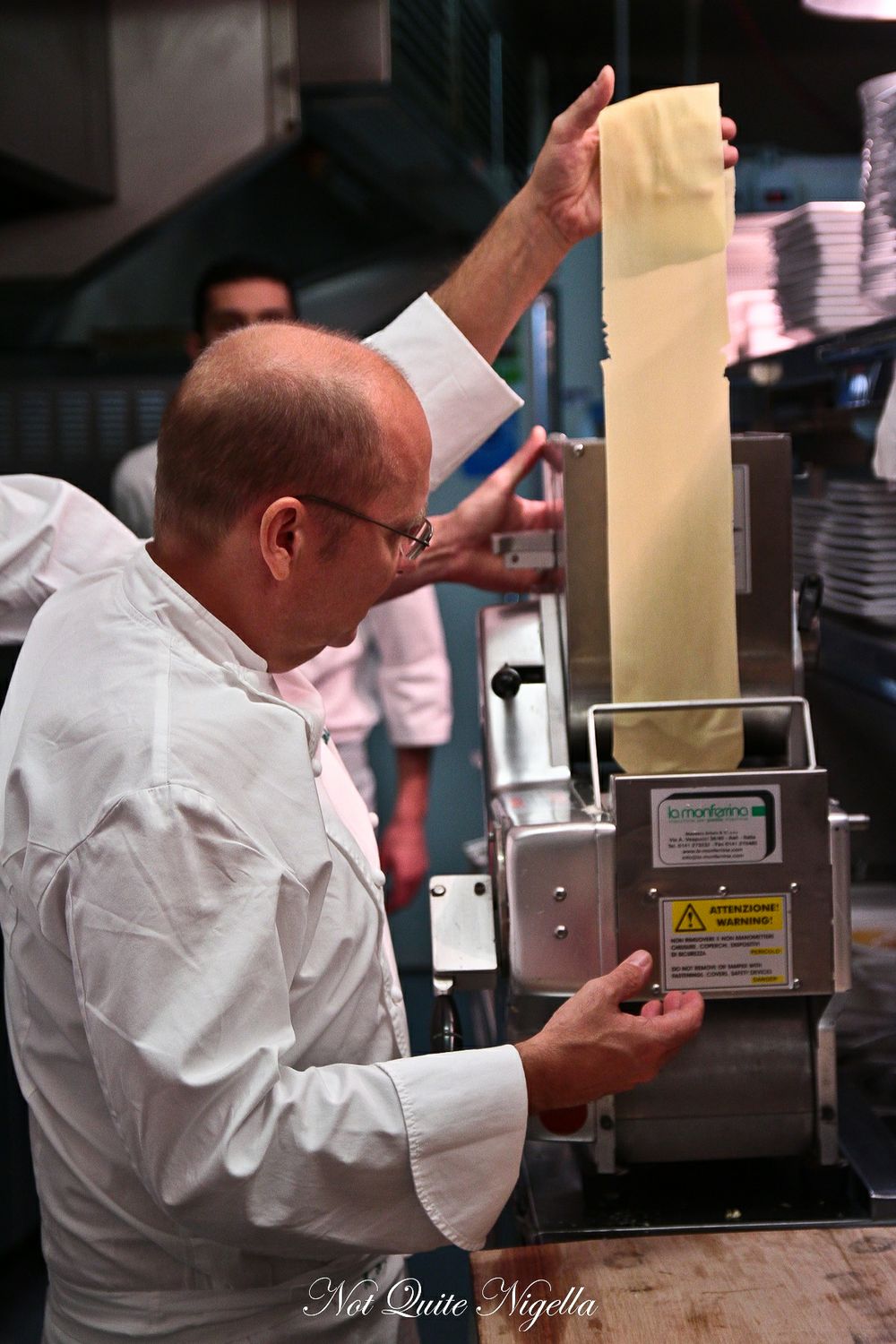 I am lucky enough to get a lesson on how to make these little parcels from Heinz himself. He is encouraging and helpful, his enthusiasm winning. He was in Sydney to cook three dinners at Caffe Sicilia. It's not something that he does often, he says that he doesn't like the idea of the chefs that appear on gourmet congresses where they demonstrate their ideas to others and in turn, their ideas are replicated all over the world. It was his long time friendship with Caffe Sicilia owner Philip Visalli that convinced him. But in case it sounds like it was a whim, the $350 a person 8 course meal requires a mammoth amount of organisation including the following including $14,000 spent on just crockery:

Along with this, he has brought four staff members from his international team comprising three chefs and one front of house person. 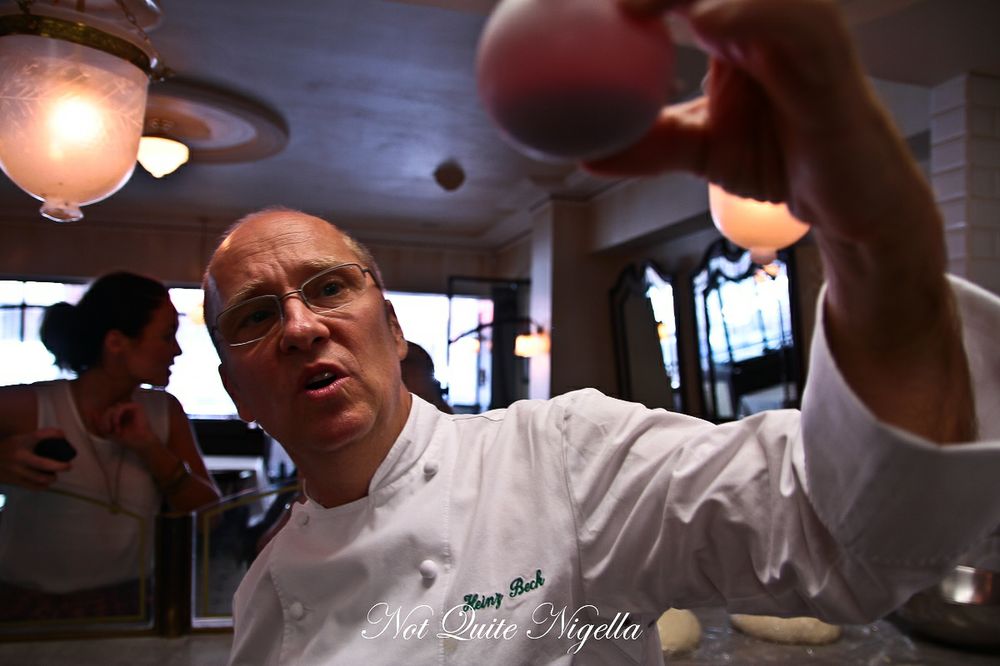 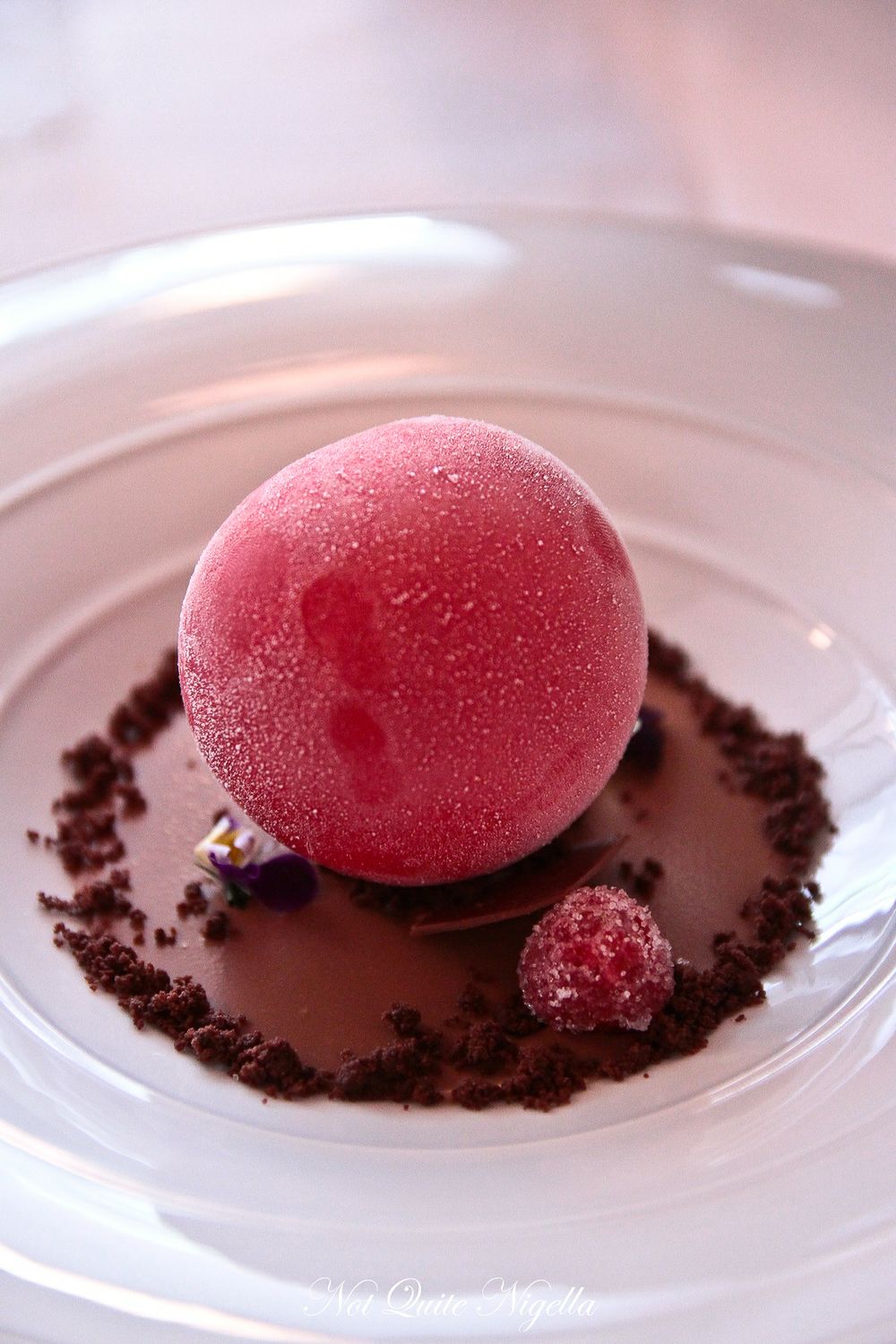 Four of the eight dishes that have appeared on the degustation dinner are available throughout the month of December as "legacy dishes" at Caffe Sicilia as Heinz has trained the chefs on how to create them. 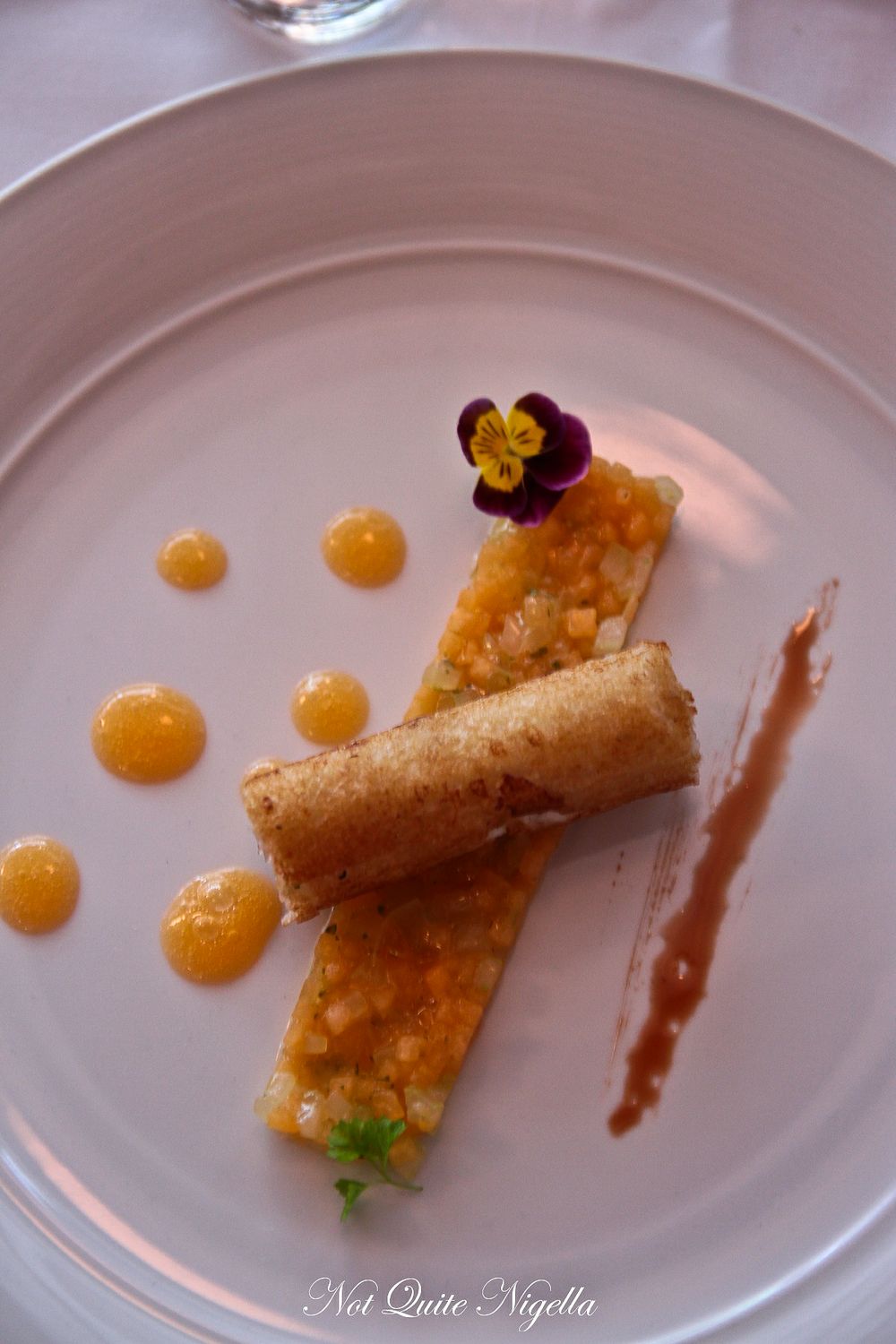 One of the legacy dishes that will appear at Caffe Sicilia: Crispy bread cannolo with palmers island Mulloway and a brunoise of melon and celery

The one dish that doesn't appear however is the Fagotelli Carbonara. Here is the recipe, adapted slightly for those of us that do not possess Michelin level skills. I found its degree of difficulty moderate and I have pasta a few times before but never quite this delicate. I also think that now that I've done it at home once, it will be much easier to do it again and the dish is such a sublime exercise in textures that I think dinner guests will love its simplicity and flavour. There's no palate cloying heaviness with this carbonara, just the gentlest pop of the liquid inside the pasta.

So tell me Dear Reader, have you ever tried replicating a Michelin starred chef's recipes? And when you travel, do you tend to stick to casual places, high end or do you prefer a mix?

Step 1 - Make the filling: Beat the yolks in a double boiler and add little by little the grated Pecorino cheese to eggs. Add the white pepper, the salt, let cool and then using a whisk, incorporate the whipped cream. It will come together eventually. Put the mixture into a sac-a-poche (pastry bag) and keep cool in a refrigerator for 1 hour.

Step 2 - Make pasta by kneading all ingredients together for 3-4 minutes adding as much water as need to make a stiff dough. Allow to rest (Heinz vacuum seals his) and then run through pasta machine. See detailed instructions on this post from yesterday). 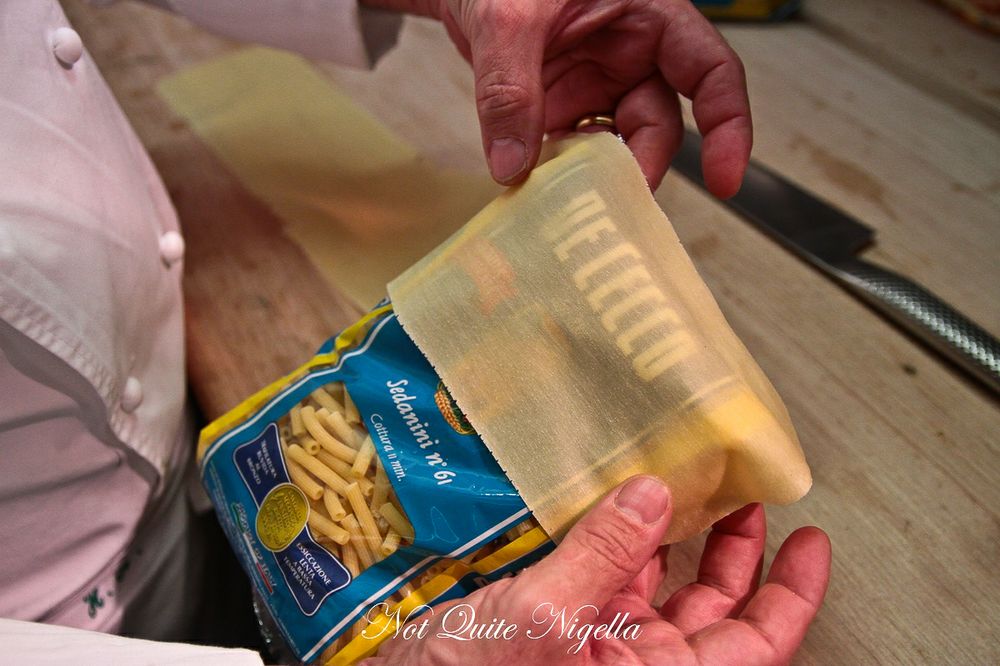 Step 3 - Make the fagotelli. Have a tray of flour or fine semolina ready to place the delicate fagotelli once made. Roll out the pasta until thin enough to read through. Very lightly dust the surface and lay a length flat. Brush very lightly with extra water or an egg yolk. Place small dollops of the filling mixture an inch and a half apart on the pasta. Fold the pasta over and cut the edges. 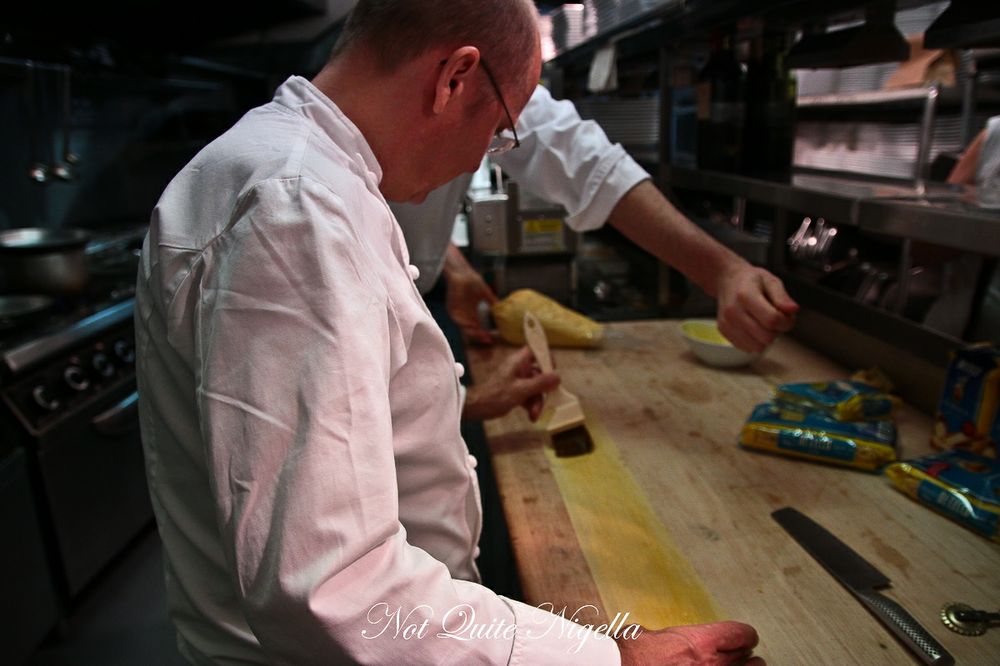 Brushing the pasta with egg yolk 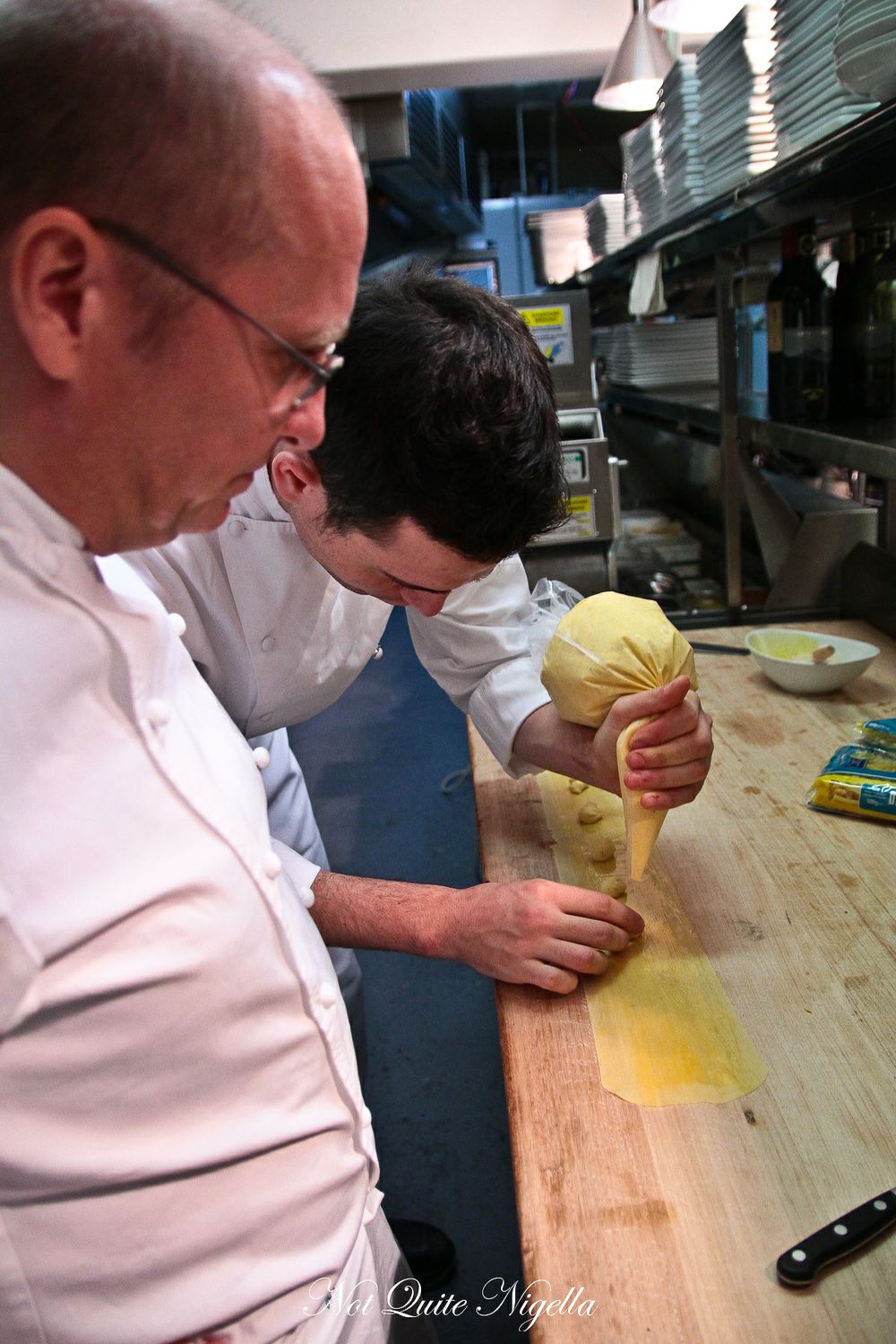 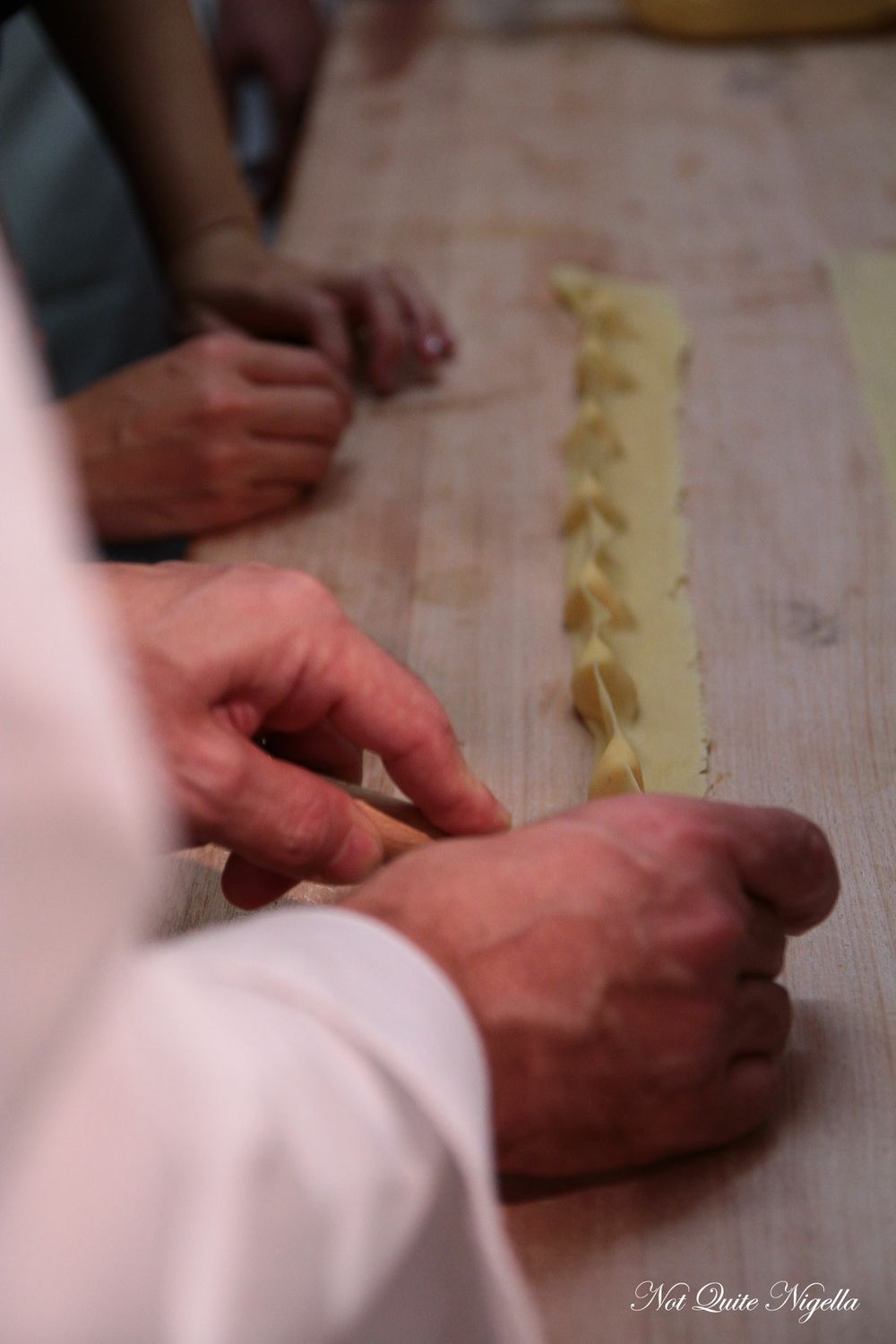 Step 4 - Then press gently to seal the filling in on all sides. Using a pasta cutter or small knife, cut the pasta slightly angled as shown and bring together the sides to make a pocket.  These are now ready for cooking and take less than a minute to cook. Place in the fridge until needed. 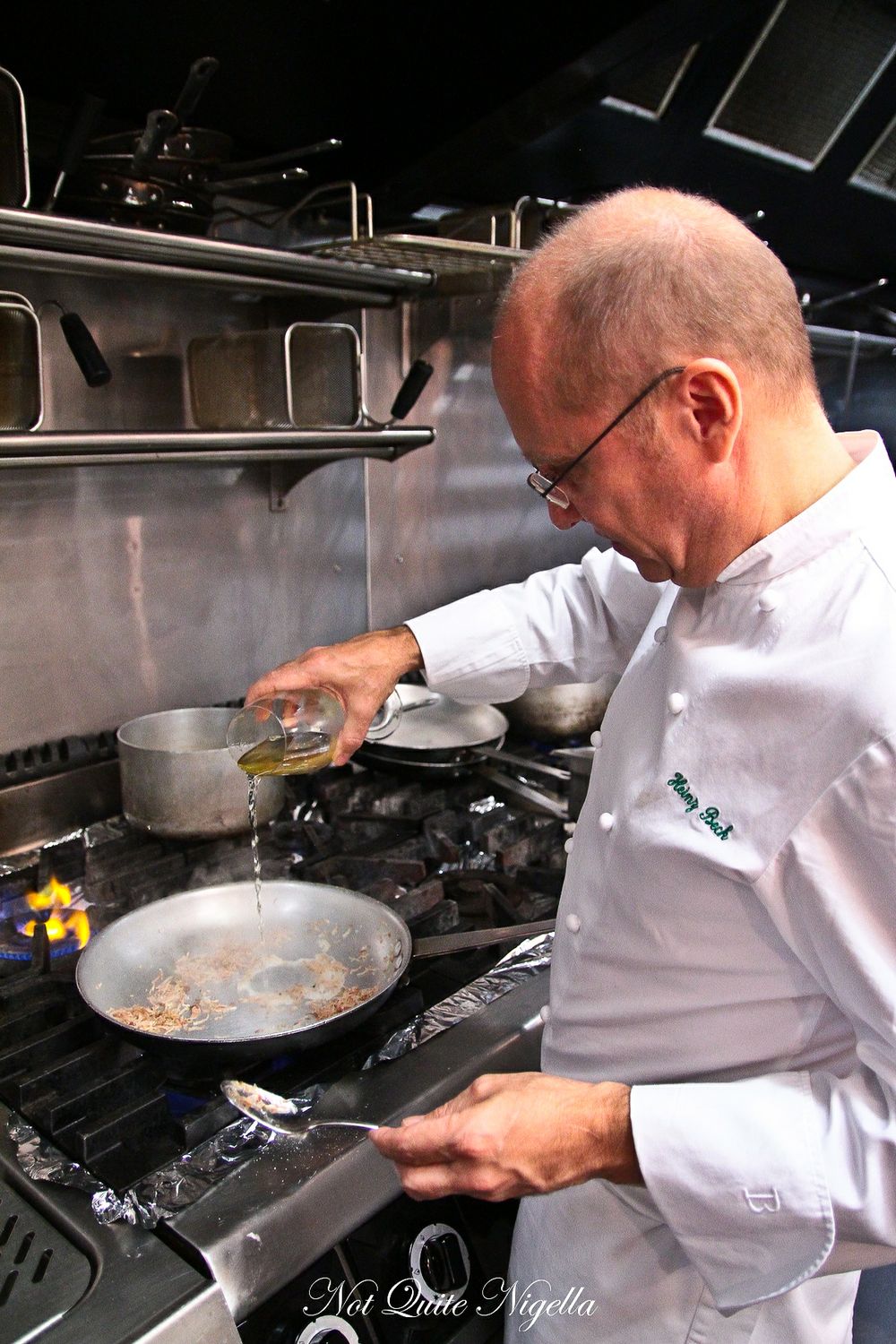 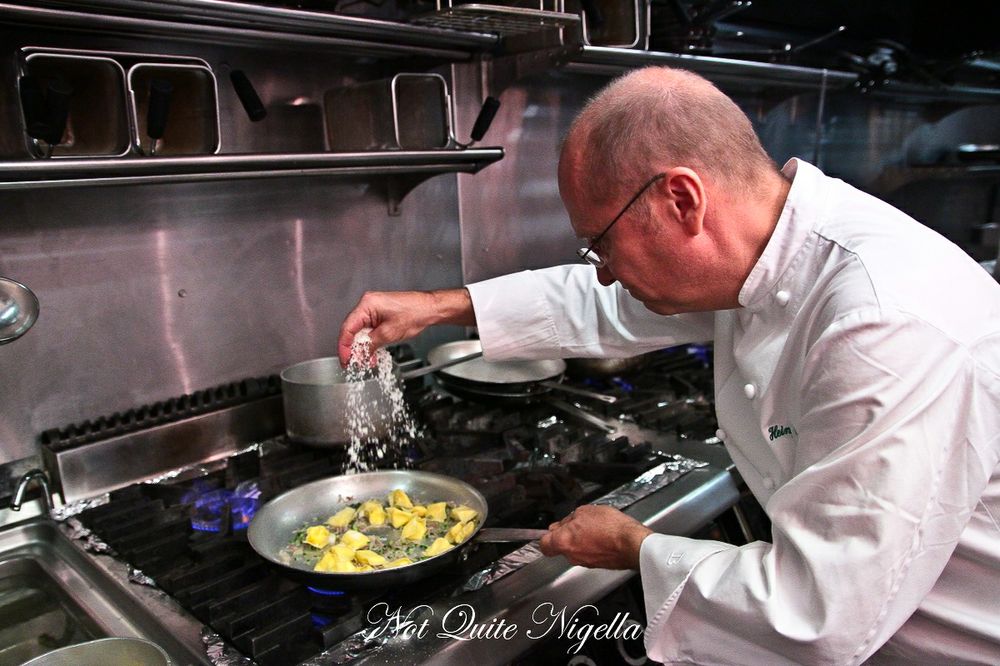 Step 5 - Have a large pot of salted water to on to boil. Heat a frypan on medium to high heat and add olive oil and then add the guanciale or prosciutto and zucchini and cook for a minute or two. Add the white wine and veal stock and cook and then turn down the heat. Meanwhile, cook the fagotelli in a few batches and add to the sauce prepared and gently spoon the sauce over them. Ladle gently into a serving plate-Heinz serves these five to a serve. Serve straight away as the filling with be a lovely liquid pop in your mouth through a thin pasta membrane. 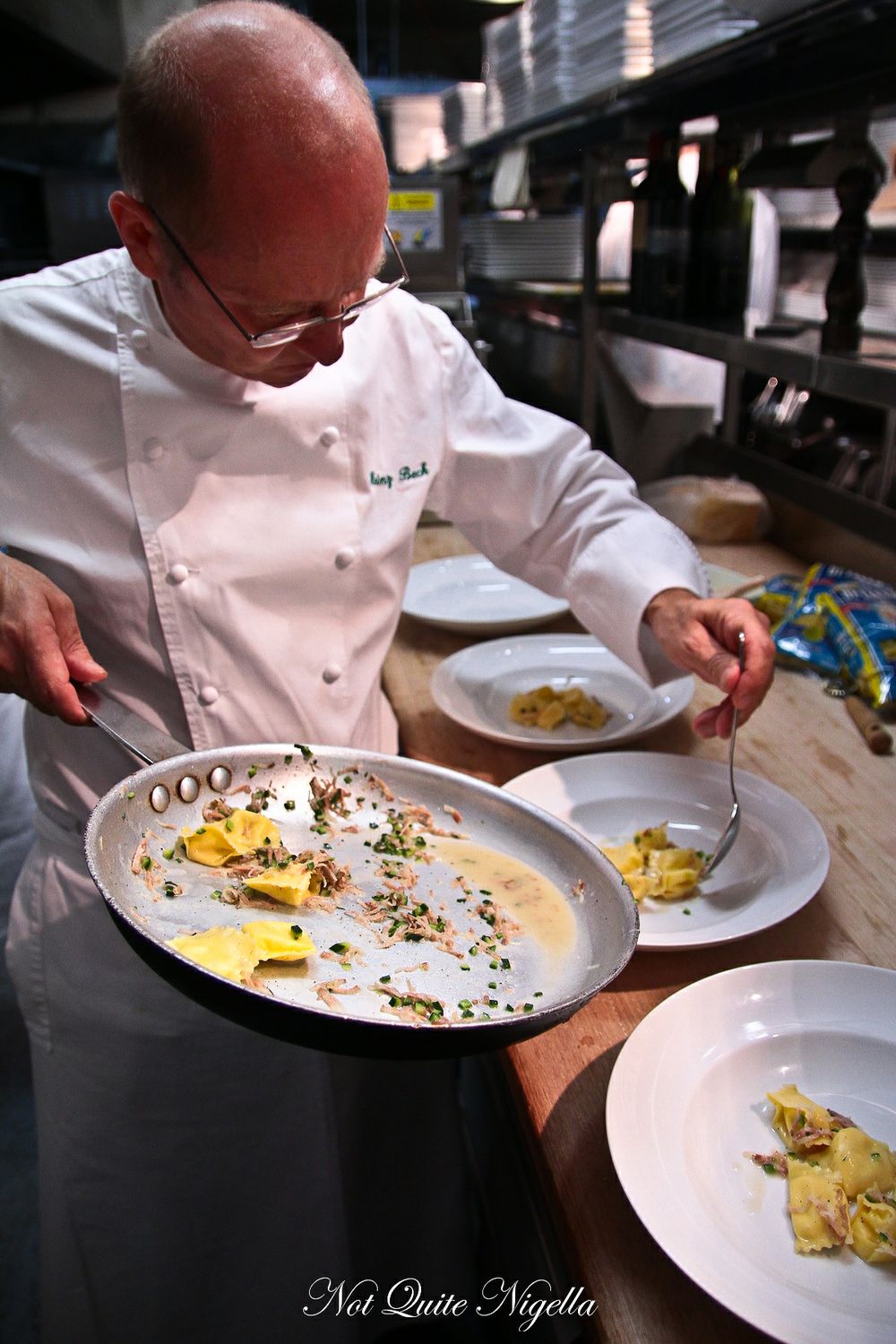