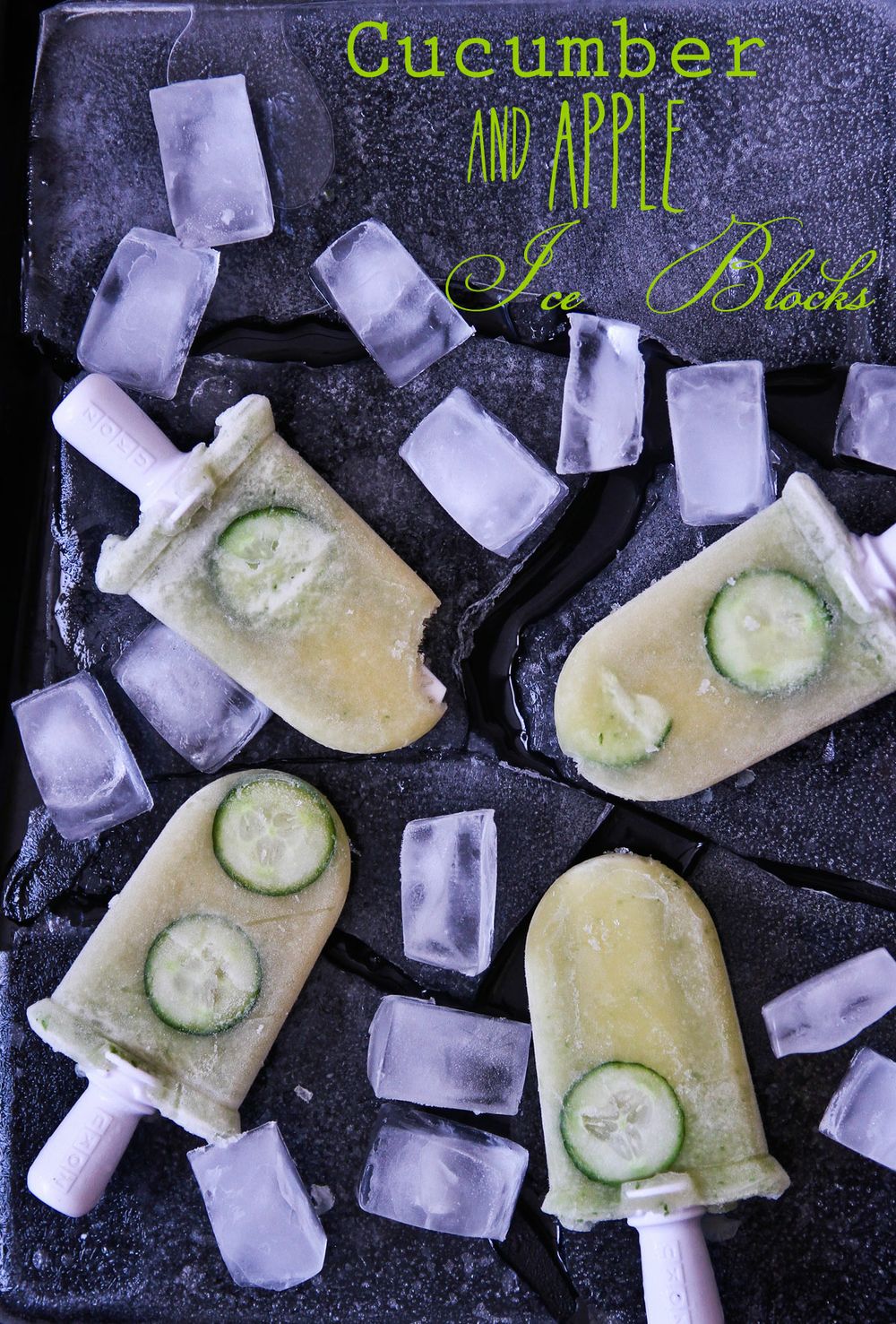 I will say this: except for his parents, Mr NQNs family are a great crowd to cook for. They have simple tastes. One time we rented some rooms in a resort for a family getaway. It turned out to be a glorified motel. I was embarrassed at booking everyone in there but Mr NQNs brother Manu entered our room smiling broadly and excited. Clearly impressed by our lodgings, he said Did you see? They gave us an iron and an ironing board!!. Aww bless...

Mr NQN is a little different. He's brutally honest with his opinions on things which I actually appreciate (unless I've been working on something all day and he gives it the thumbs down :P). He never gushes or says "I love this dish" and sometimes he can be sparing with his words. Indeed, his highest praise is the phrase "I'm a big fan of this" followed by a request for seconds. It's easy enough to guess what he'll like and ice cream or icy pops are high on his list. 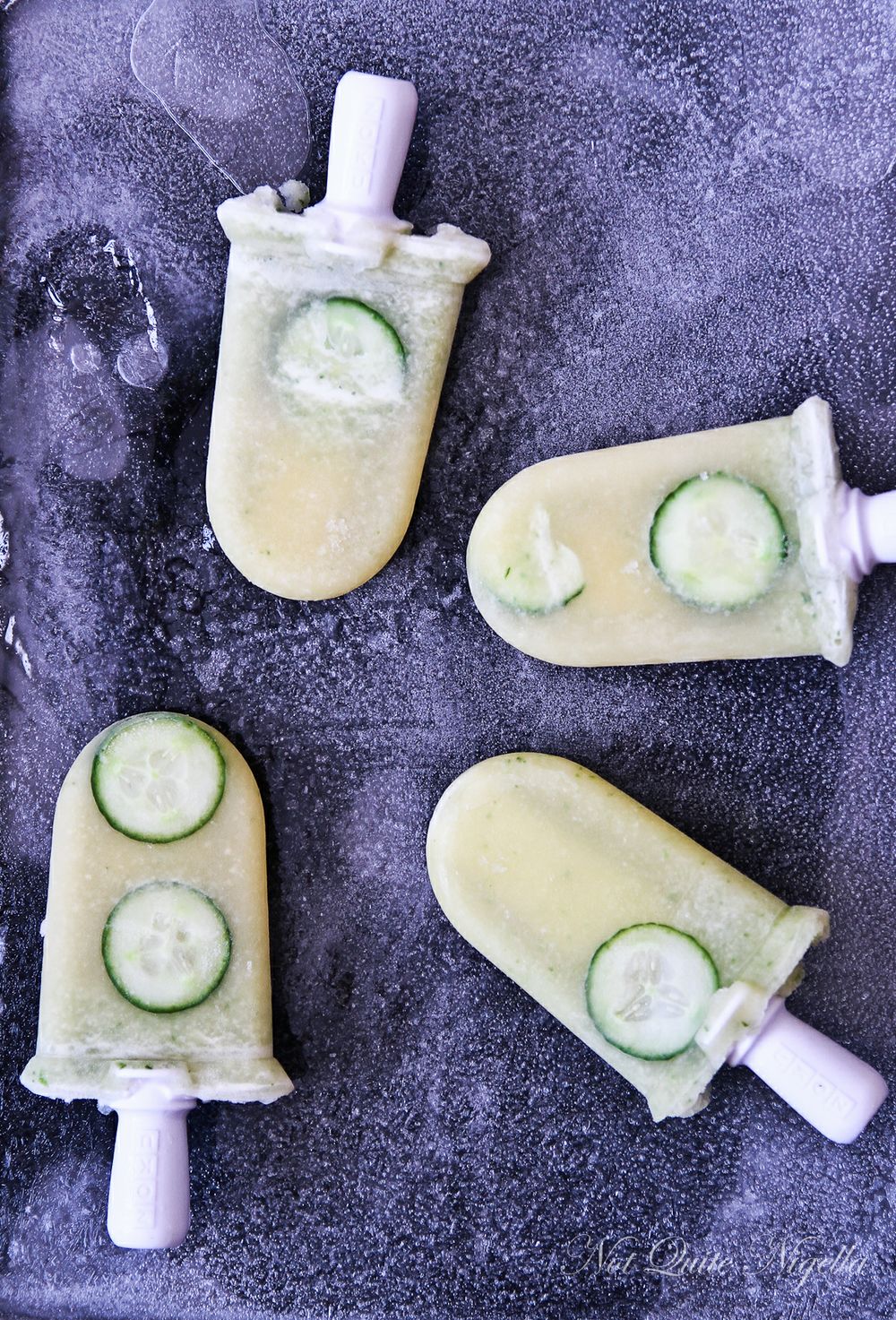 The weather...well it's erratic of late to put it politely. It's batpoo crazy if you want to know what I honestly think of it. But during a sweltering two day stretch in which we slept on cold towels and tossed and turned in the sticky night heat, I decided that icy pops were the order of the day. I had some cloudy apple juice in the fridge and plenty of salad so I decided to combine the two to create a fun, natural pop with superb cooling properties. The cucumber that I used adds a little bit of flavour but not too much and you don't feel as though you're sucking on a vegetable juice lollipop.

Which of course the Elliotts would love... funny things!

So tell me Dear Reader, what's the weather like where you are? Are you fanning yourself furiously or snuggling under the covers? And do you like it when people give you honest feedback on your cooking? 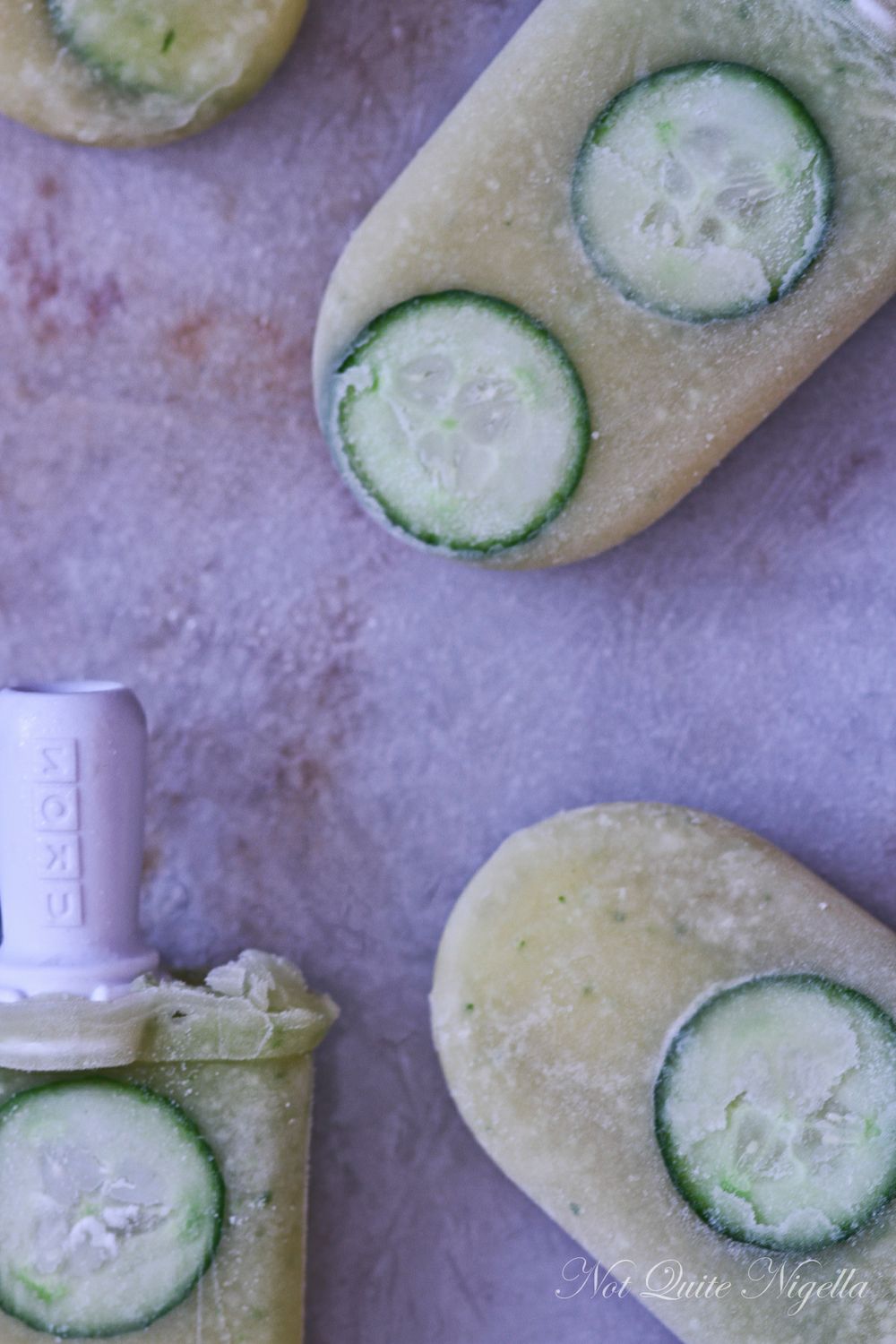 Step 1 - Slice 12 pieces of thin cucumber rounds and set aside. In a small food processor or blender, combine the apple juice and half of the rest of the cucumber and the honey. Process and taste and add more cucumber if you feel that it needs it (I have found that if you add all of the cucumber, it tastes a bit too "green").

Step 2 - Place discs of cucumber down the sides of the pop containers and then pour the unstrained juice into the molds. Place sticks inside and freeze until set. 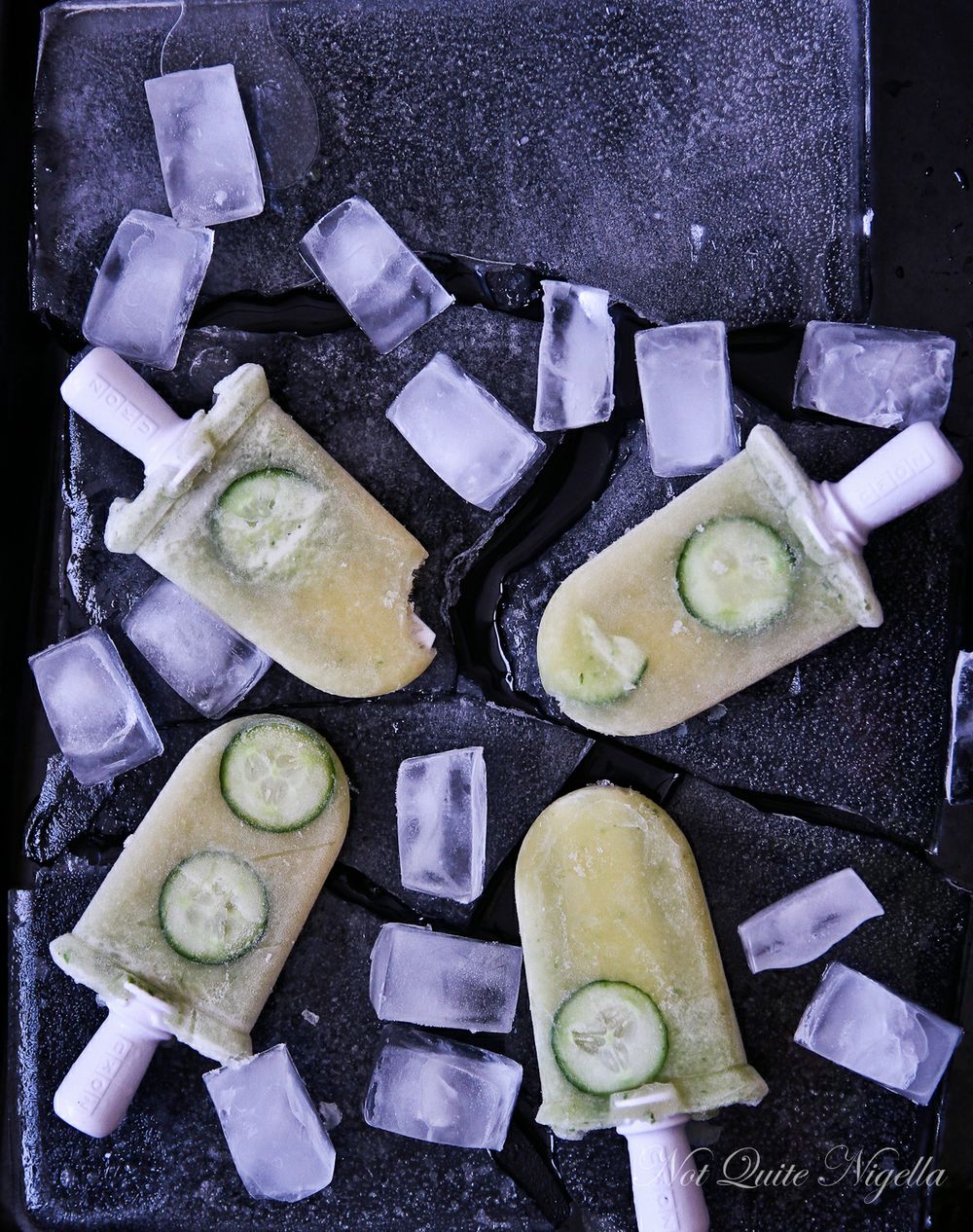