Made From Scratch: Fresh Udon Noodles Made With Your Feet! 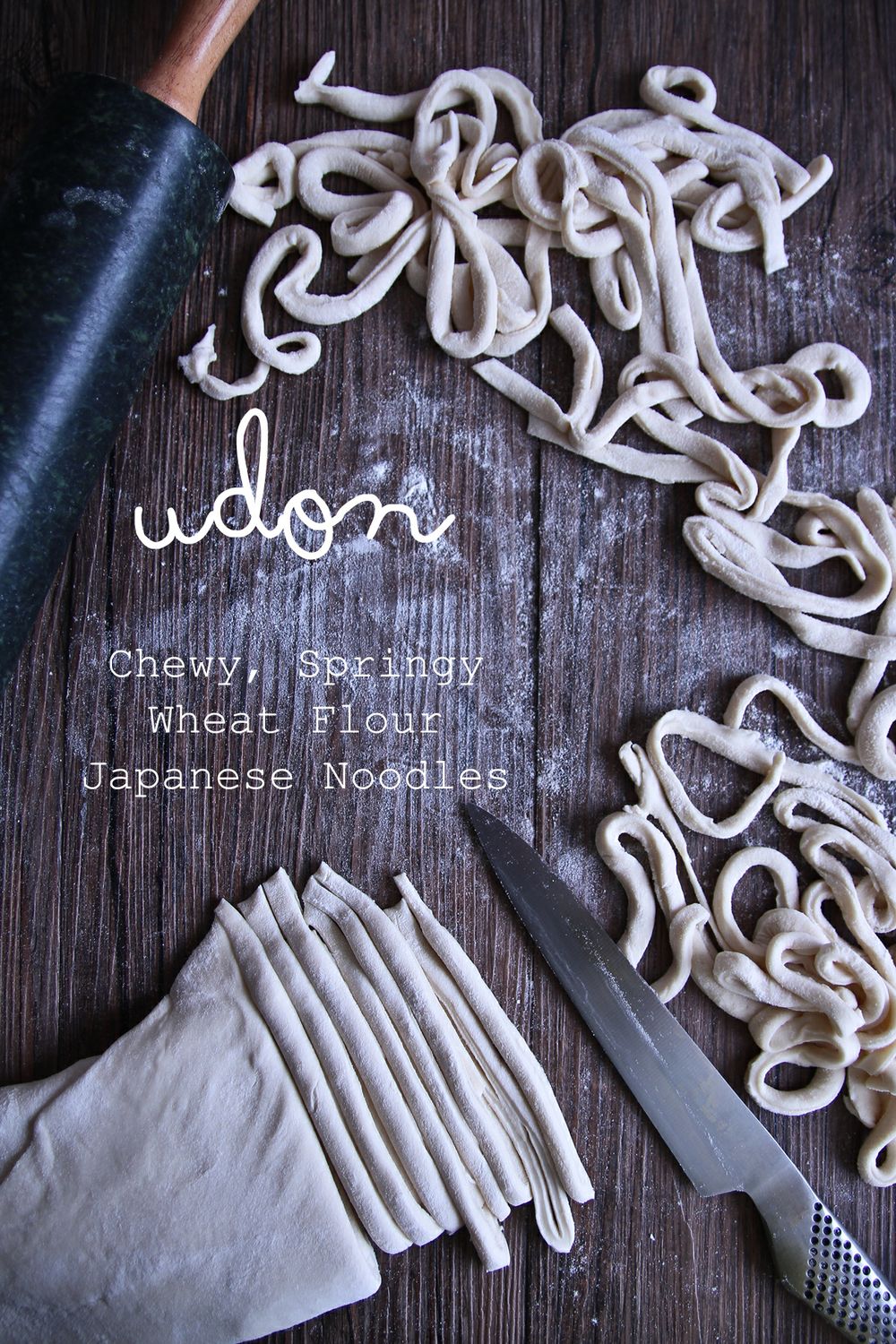 When I lived in Japan, I used to teach children about Australian culture in order for them for learn English. My first job was at a juku school which is an after-school school. It was an easy job for me and sometime during five to nine pm, I would come out and do a short one hour lesson including a question and answer session where the kids would ask me questions. The questions were all quite similar with questions like "What is your favourite colour?" and "What is your favourite animal?" All of the children were delightful but one day I managed to shock them.

One girl asked me "What is your favourite season?" and I answered, "that's easy, summer." She then asked me why I liked summer and I answered that it was because of the warmth and that I liked getting the extra hour of daylight through "Daylight Savings". There was a puzzled murmur around the room and students quietly looked at each other and the teacher. The main teacher was curious too so he asked me to explain what Daylight Savings was. 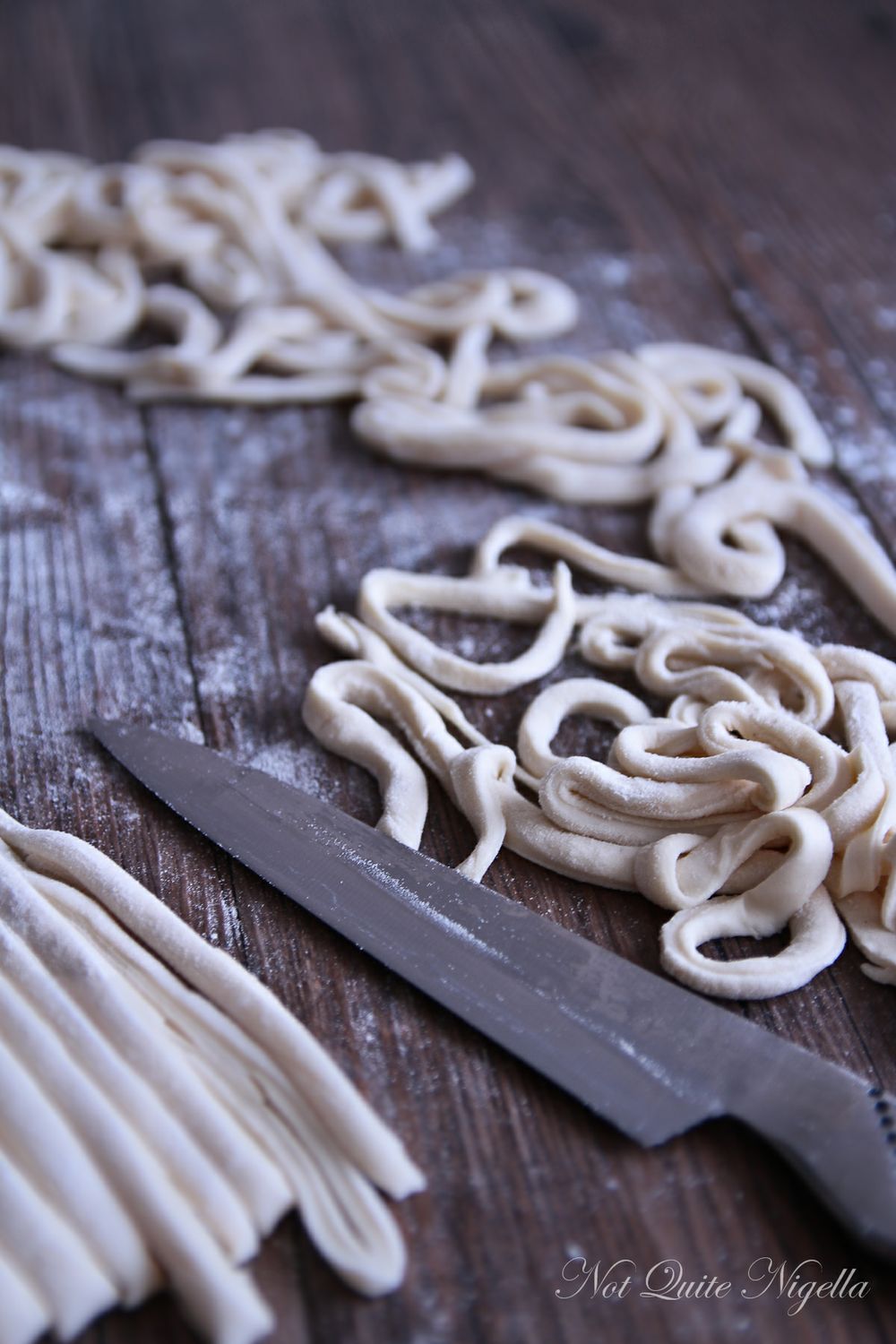 "Well we basically change the time to go backwards so we get a few hours of extra daylight in summer" I said, explaining it not very well. Shock registered across the room and the students seemed appalled at the very idea - albeit politely. I tried to explain. "It's not like we actually change the time, I mean we do but...well it gets dark later and that's rather nice...?" I said digging a hole further. Now that I'd established that Australia is the land of those who change time to get more sunshine I never quite got them on my side. Oh well!

Sometime during those four hours I would have my dinner break. My favourite past time was going to the convenience store to see what was on offer. Convenience stores in Japan are so much more fun than any here. There are so many things to eat, see and buy and I usually found something interesting to eat there whether it was a colourful bento box or a Kit Kat in an unusual flavour. Sometimes I would buy udon noodles which I love for their chewy, springy texture. I get the odd craving for them every now and then and one day I looked to the pantry to see that I'd finished them all. Then I discovered that they're incredibly easy to make. 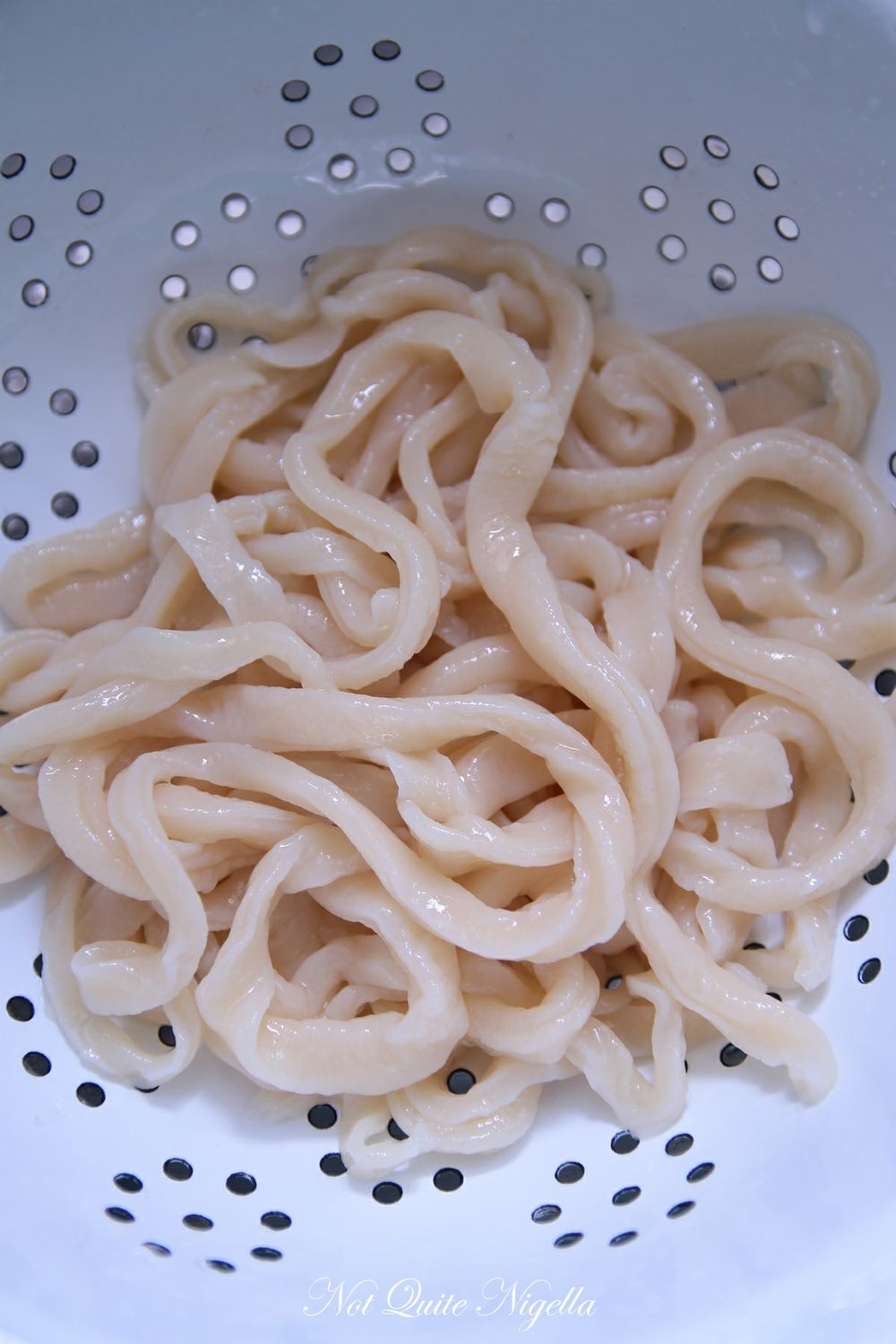 Like any pasta, it's really about kneading flour with water and then resting for an amount of time. And when I heard that there was a method recommended where people could use their feet to knead it I became utterly obsessed with trying it. Using your feet uses your weight to knead the dough quicker than you would using your hands. Plus, how often do you get to turn the music on and dance on your dinner? ;)

I will be honest, my first lot while tasting great were just way too thick but the second lot and the ones after, once I had the thickness sorted out were just right. I think I've converted Mr NQN into becoming an udon lover too-he loves these both in a broth but especially when I stir fry them with some soy sauce, oyster sauce and kecap manis and the udon takes on a slight char from the pan. And whilst he is a reluctant cook, getting him to help by kneading the dough with his feet is easy!

So tell me Dear Reader, do you have Daylight Savings and what do you think about it? And have you ever kneaded anything with your feet before? 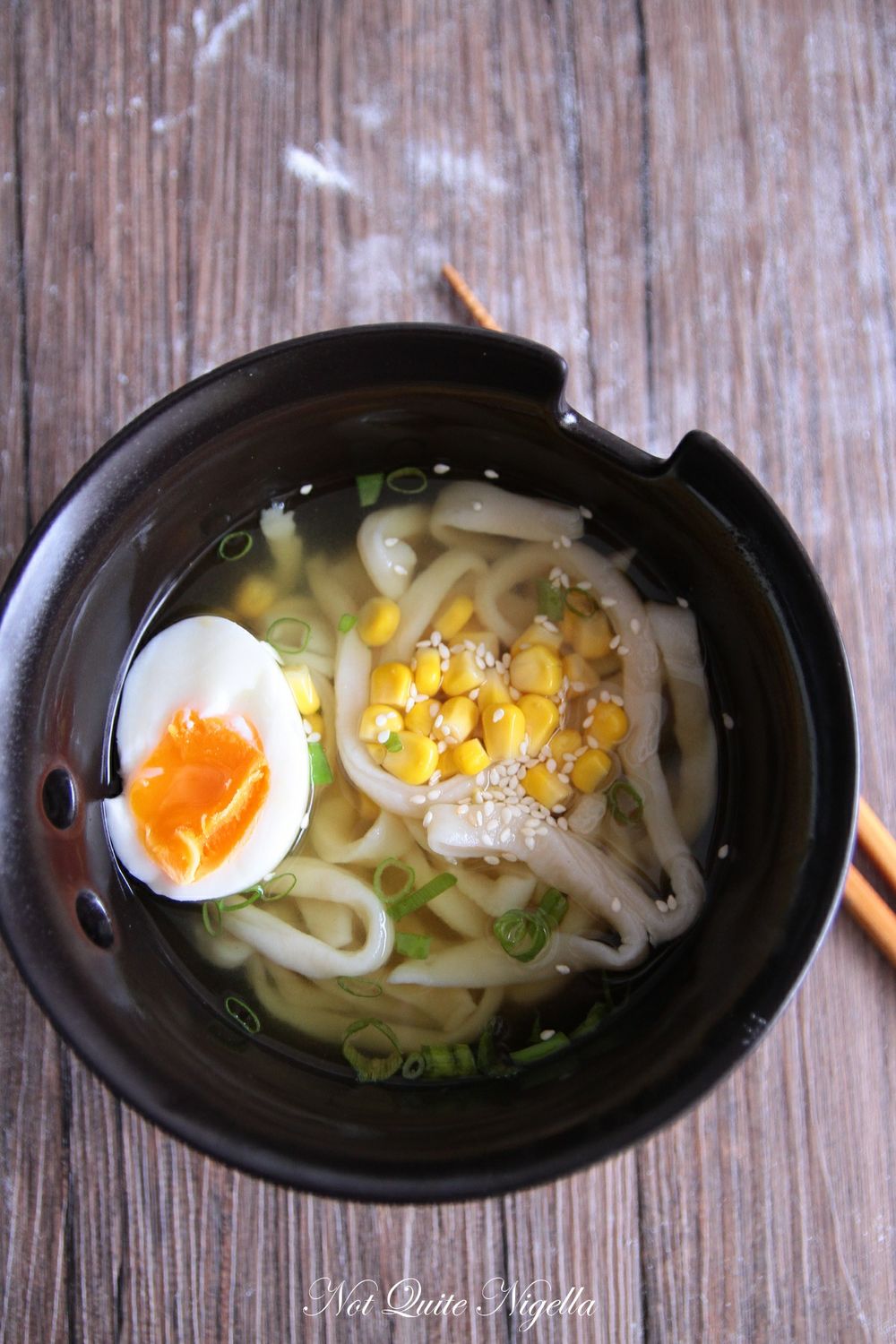 Made From Scratch: Fresh Udon Noodles 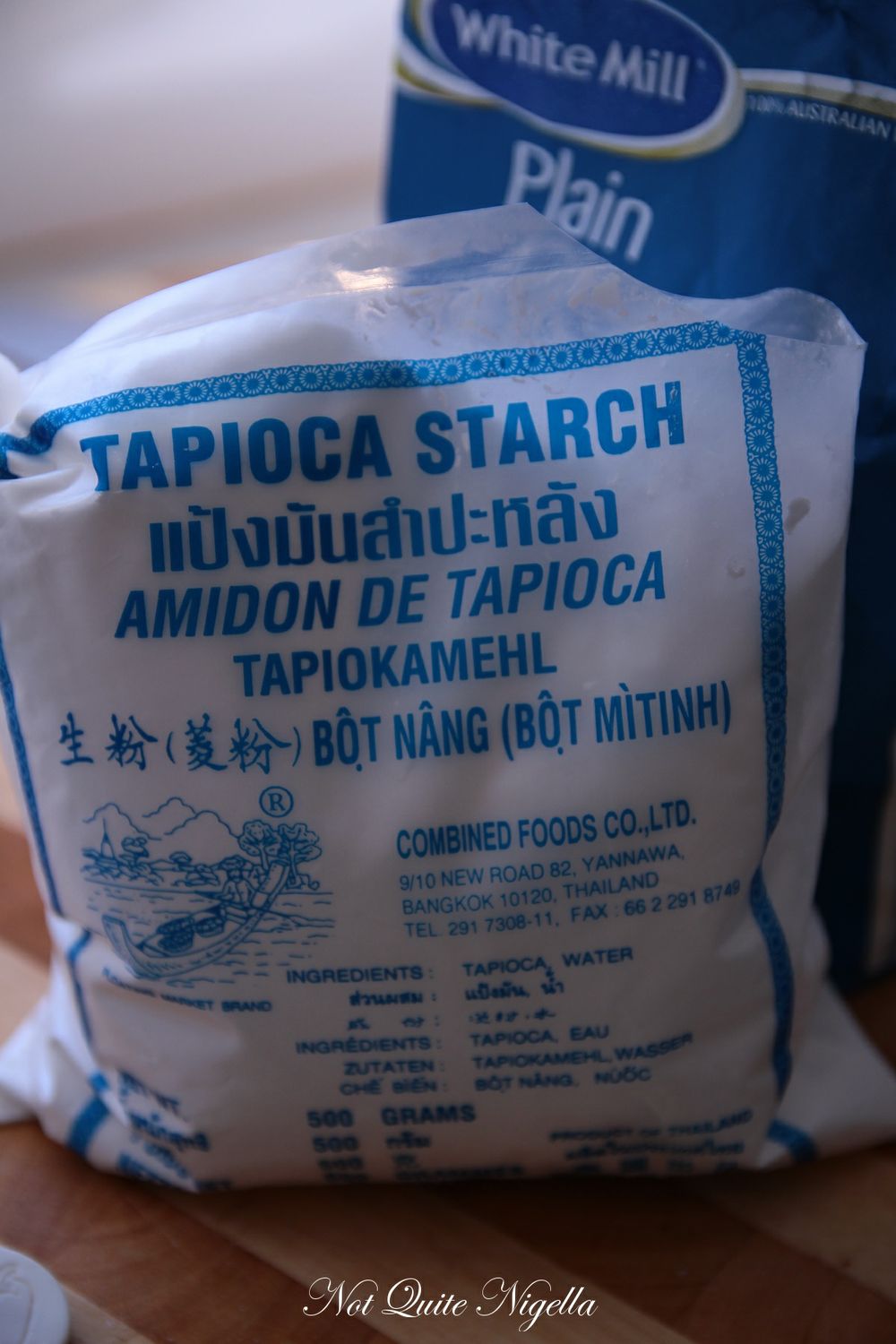 Step 1 - With mixer: Firstly, measure out the two flours in the bowl of an electric mixer fitted with a dough hook. You can do the whole thing in the mixer bowl or if you don't have a mixer, your feet will help out! Add the salt to the water and dissolve and set mixer to knead for about five minutes until you get an elastic dough. Wrap in cling film and allow to rest for four hours. 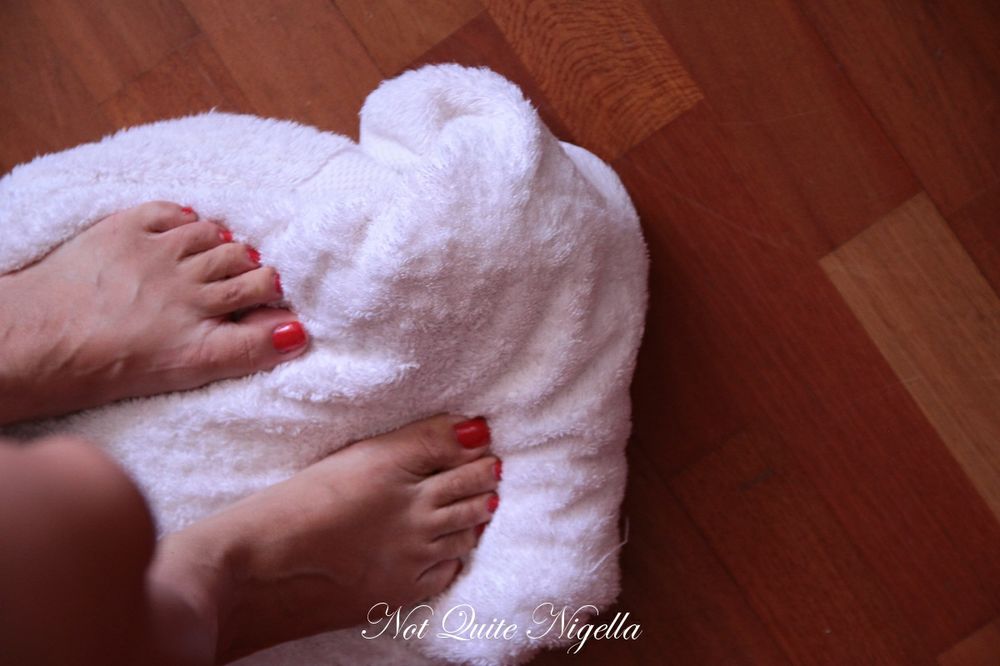 Step 2 - With feet: If you're doing it by hand or more correctly by foot, measure out the flours in a large bowl and then dissolve the salt in the water. Knead this by hand in the bowl for about five minutes. Then take it out of the bowl and put it in a large ziplock bag. Wrap it in a towel and use your feet-the front and the heel to massage the dough. Keep stepping on the dough with both feet until you get an elastic texture. Wrap back up in the bag and allow to rest for four hours. 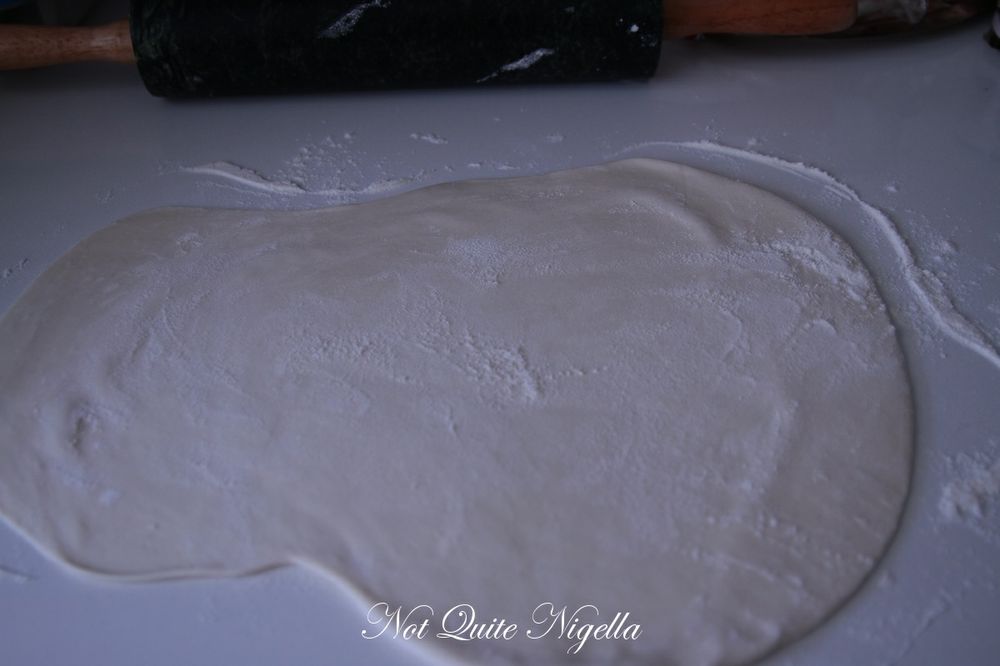 Step 3 - Put a large pot of water onto boil and I also put a kettle full of water to boil too to top it up. Generously flour a clean surface with flour and divide the dough in two. Roll out one ball and flour the top and fold it over like a book into thirds. Using a sharp knife, cut the noodles into thin pieces-the thinner the better and they will expand slightly. But if you like your noodles chunky and thick that's fine too. Carefully separate them as you go and flour them lightly to stop them from sticking. 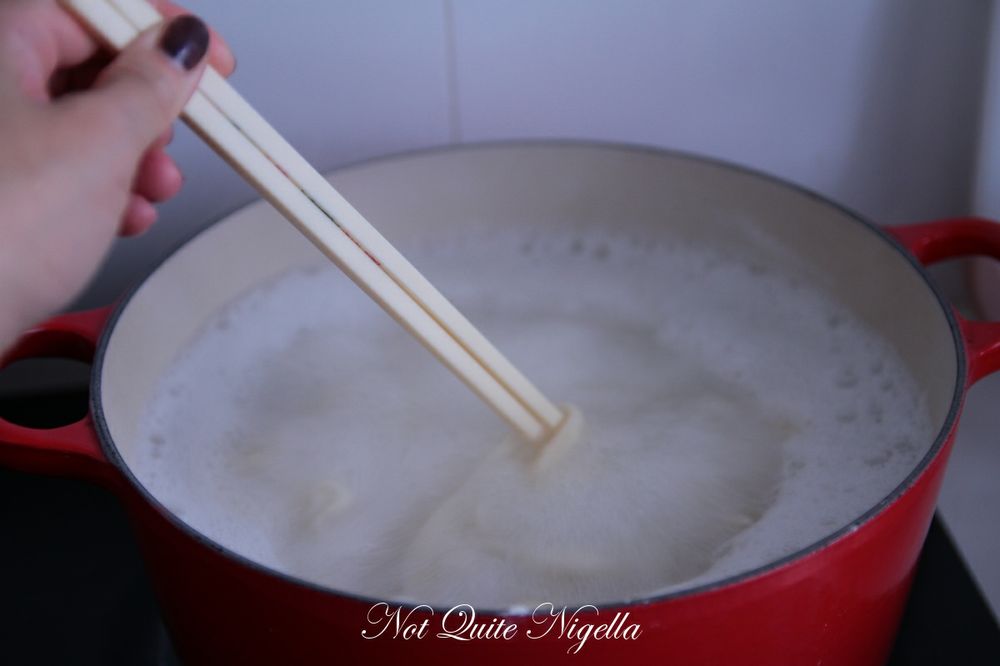 Step 4 - When I've done half of the first ball, I add the noodles to the boiling water and use chopsticks to make sure that they are completely separated. Cook for about six minutes or so until done - take a thick piece and taste for doneness. Refresh in plenty of cold water. You can now serve these with soup or stir fry them to make stir fried noodles. 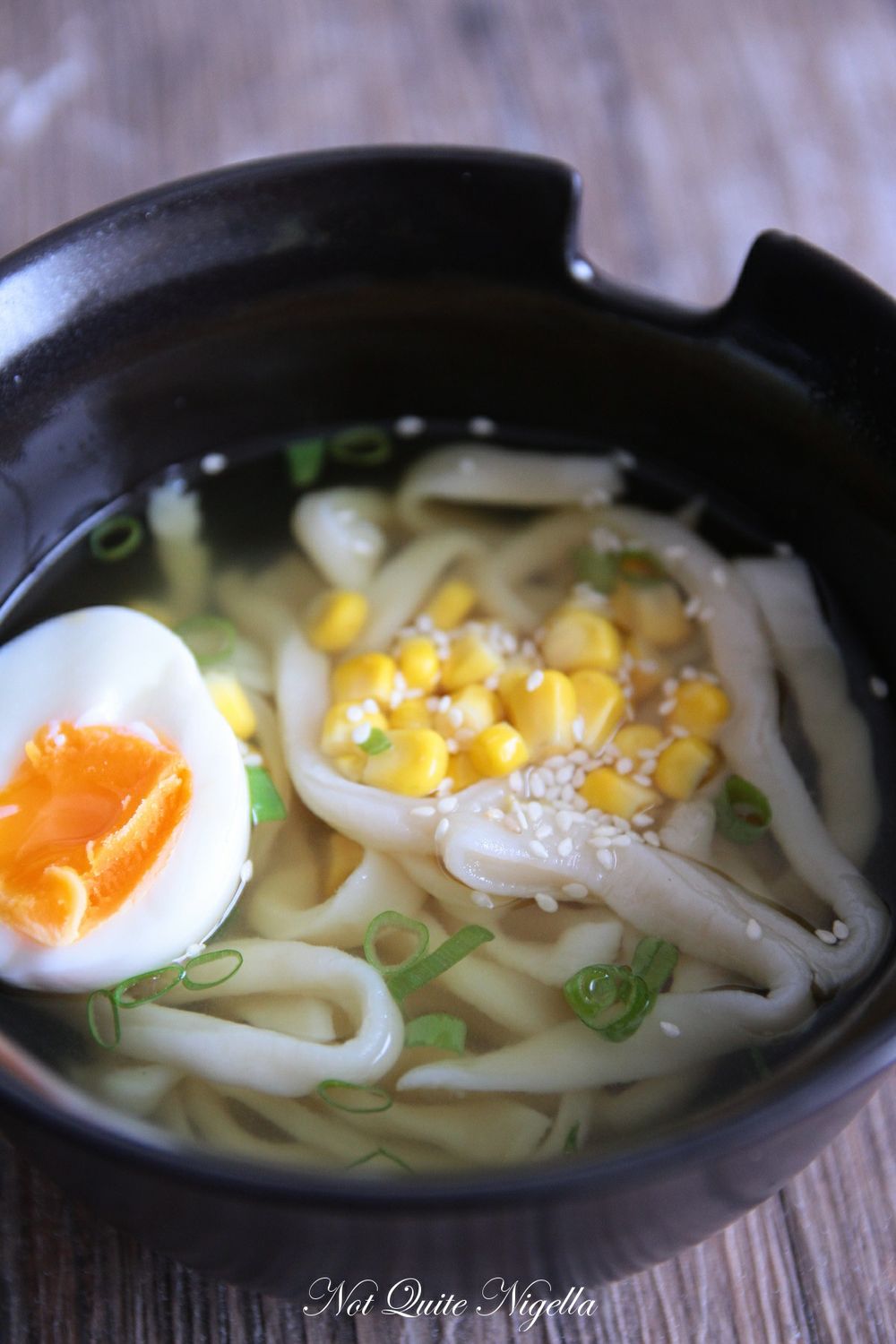