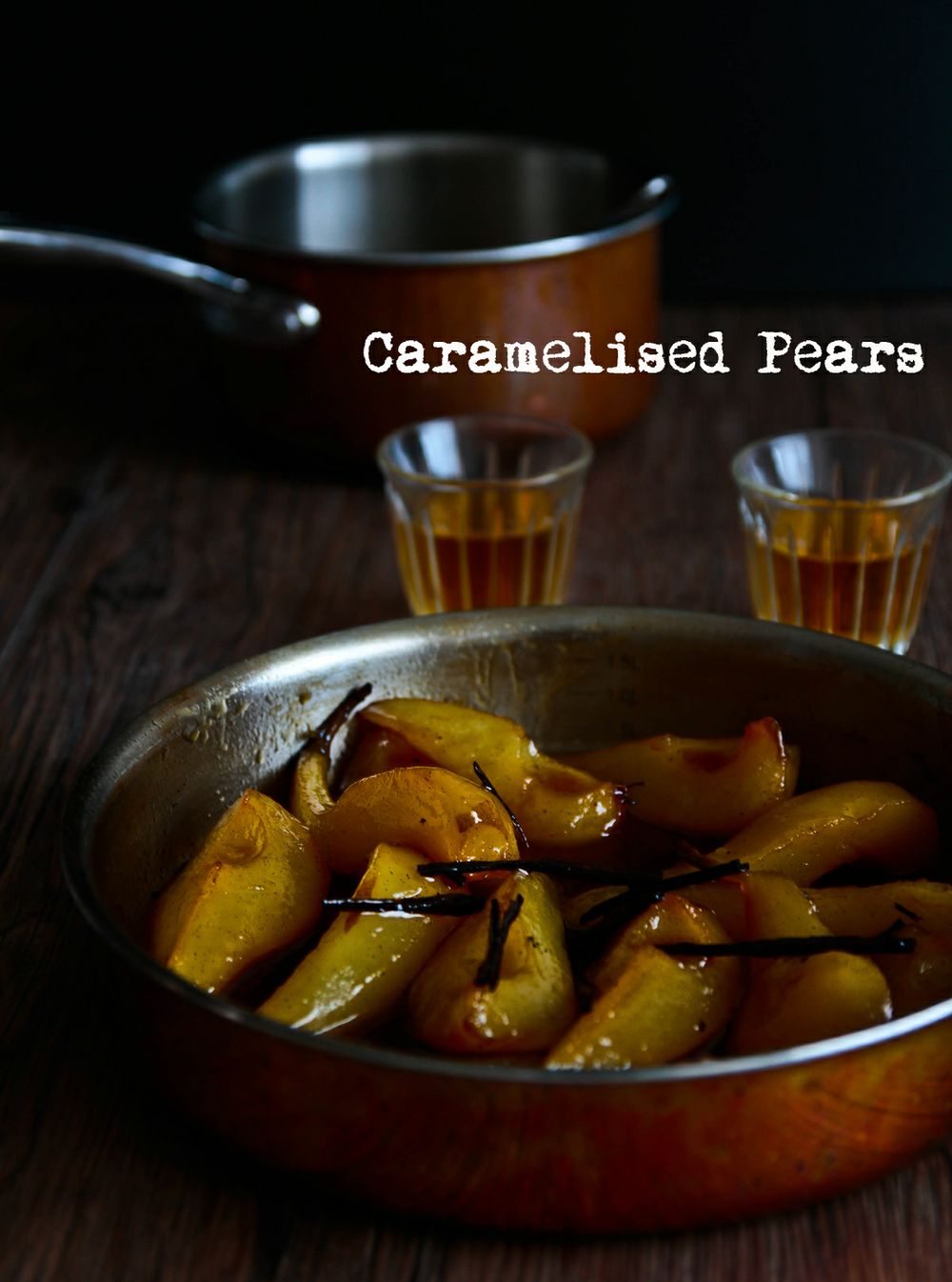 I know that this may sound strange, but every time that I find myself getting caught up in myself and whiny and I need to recalibrate myself I think to myself "Well you know at least I'm not in prison." Okay I know that sounds strange because when I told Mr NQN about that he looked at me oddly and then asked me if I had ever been to prison. Incidentally, the answer is no except for for the book but I do watch a lot of Law & Order and I've seen Bangkok Hilton and it doesn't seem pleasant at all.

And as odd as that sounds, it recalibrates me immediately. Instead of focusing on "first world problems" (and don't you hate it when someone plays devil's advocate's annoying cousin and stops any sort of conversation with that phrase? ;)) I immediately become happy that the sun is shining or that I can do what I want without being told and that I can eat what I want. When I was young and watched the movie Kiss of the Spiderwoman, I remember William Hurt's character being grateful for being given roast chicken and tinned peaches while in prison.  I don't remember what his character's name was or anything else but the roasted chicken and peaches stuck in my mind. 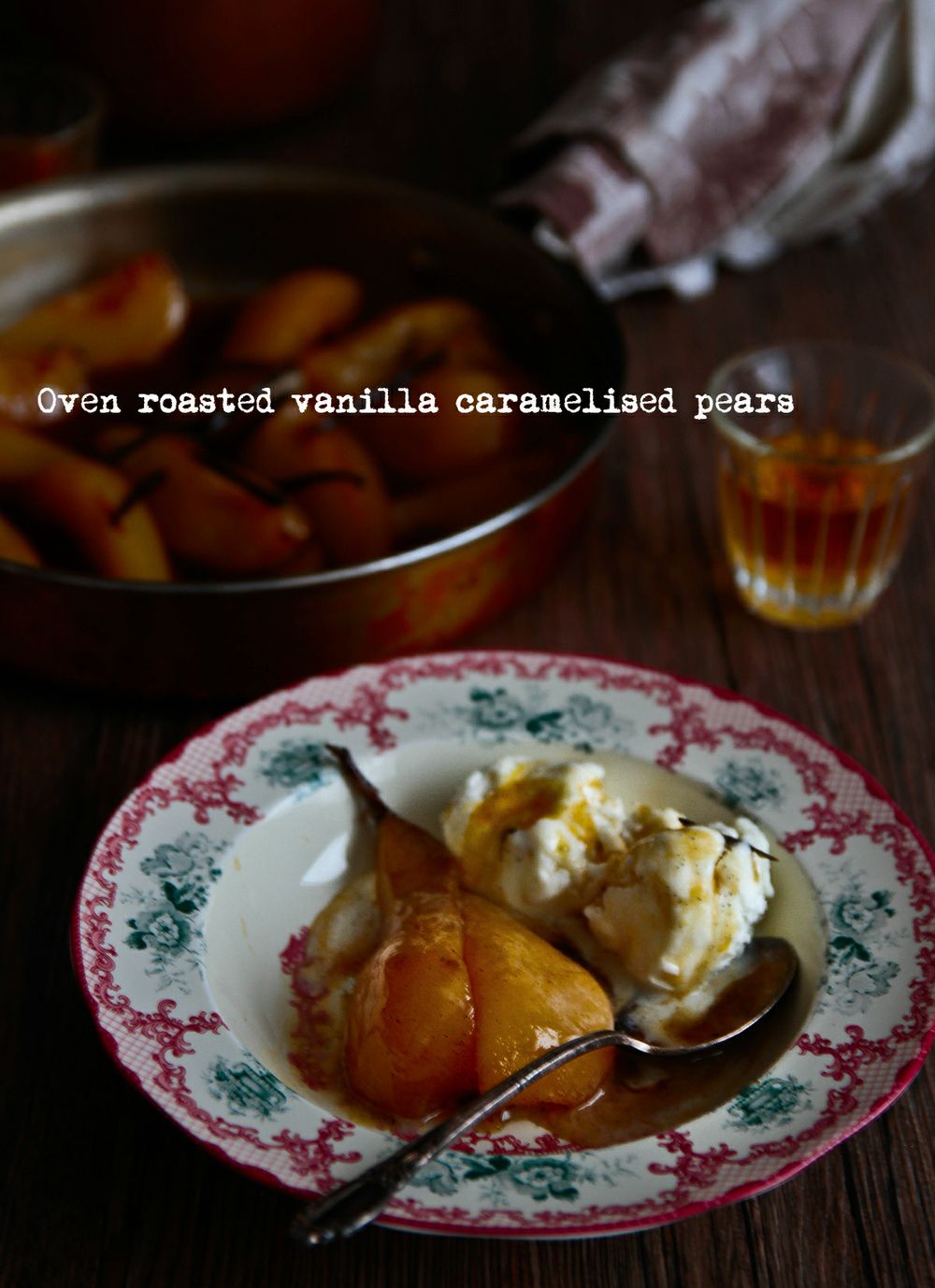 In case you're feeling blah or need recalibrating during the chilly season, this is an incredibly easy but rewarding dessert using simple fruit. These caramelised pears are a cinch to make and you can do them in the oven so you don't need to attend to them. I use two whole vanilla beans to make them that much more special. To me pears signal winter and I know that for a stretch of time that's all that we tend to see during winter for fruit. That may mean that I tend to get sick of eating them but not when I make them like this. This is a treat but such a simple to make one. I serve them with vanilla ice cream or pouring cream and suddenly every thing is golden after a bowl of these glossy, caramelised pears.

So tell me Dear Reader, how do you recalibrate yourself? 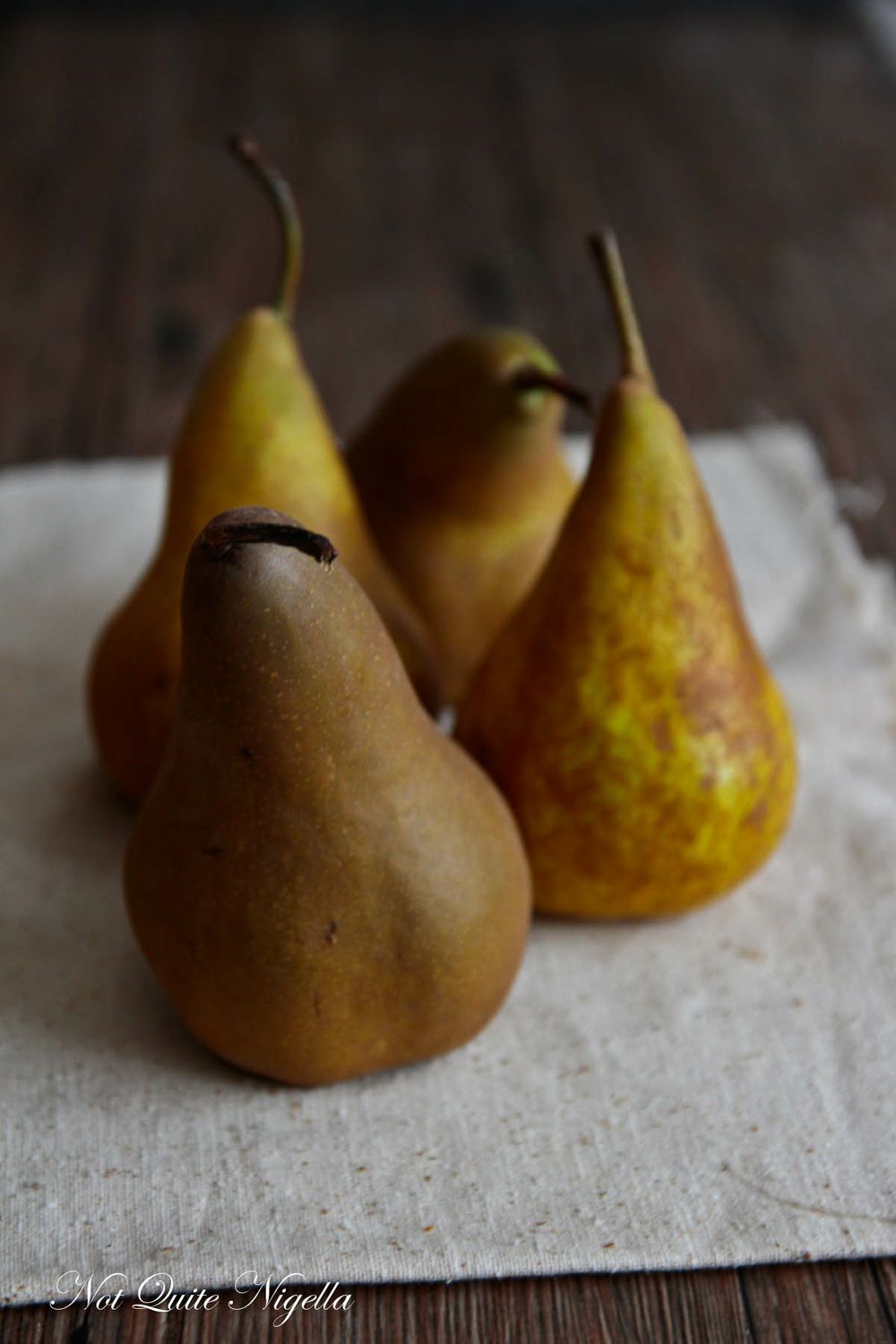 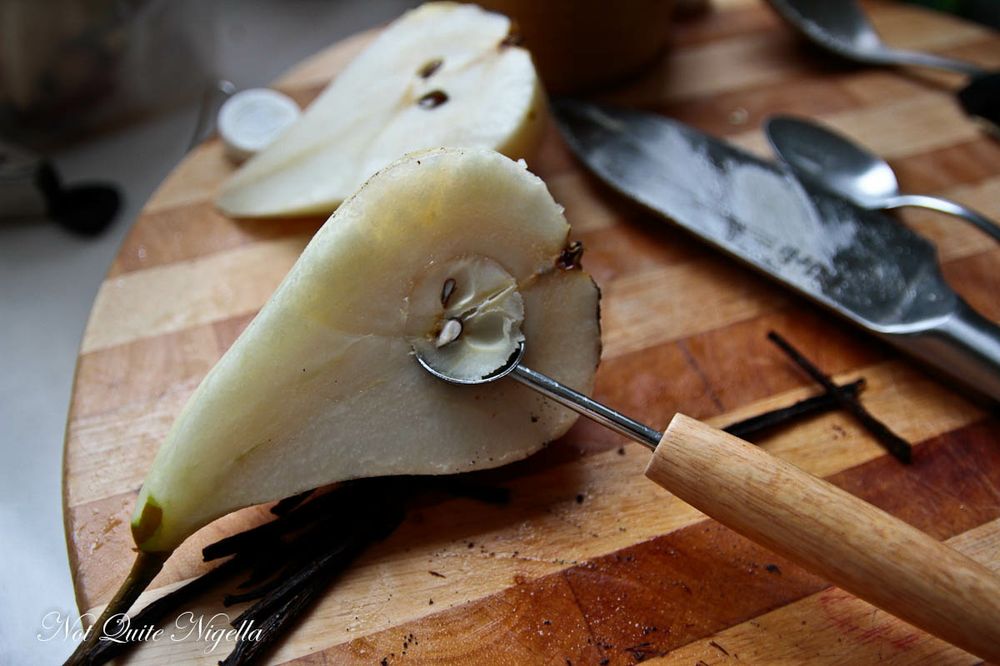 Step 1 - Preheat oven to 180C/350F. Peel and core the pears and quarter them. Rub lemon juice over them to stop them browning and set aside. 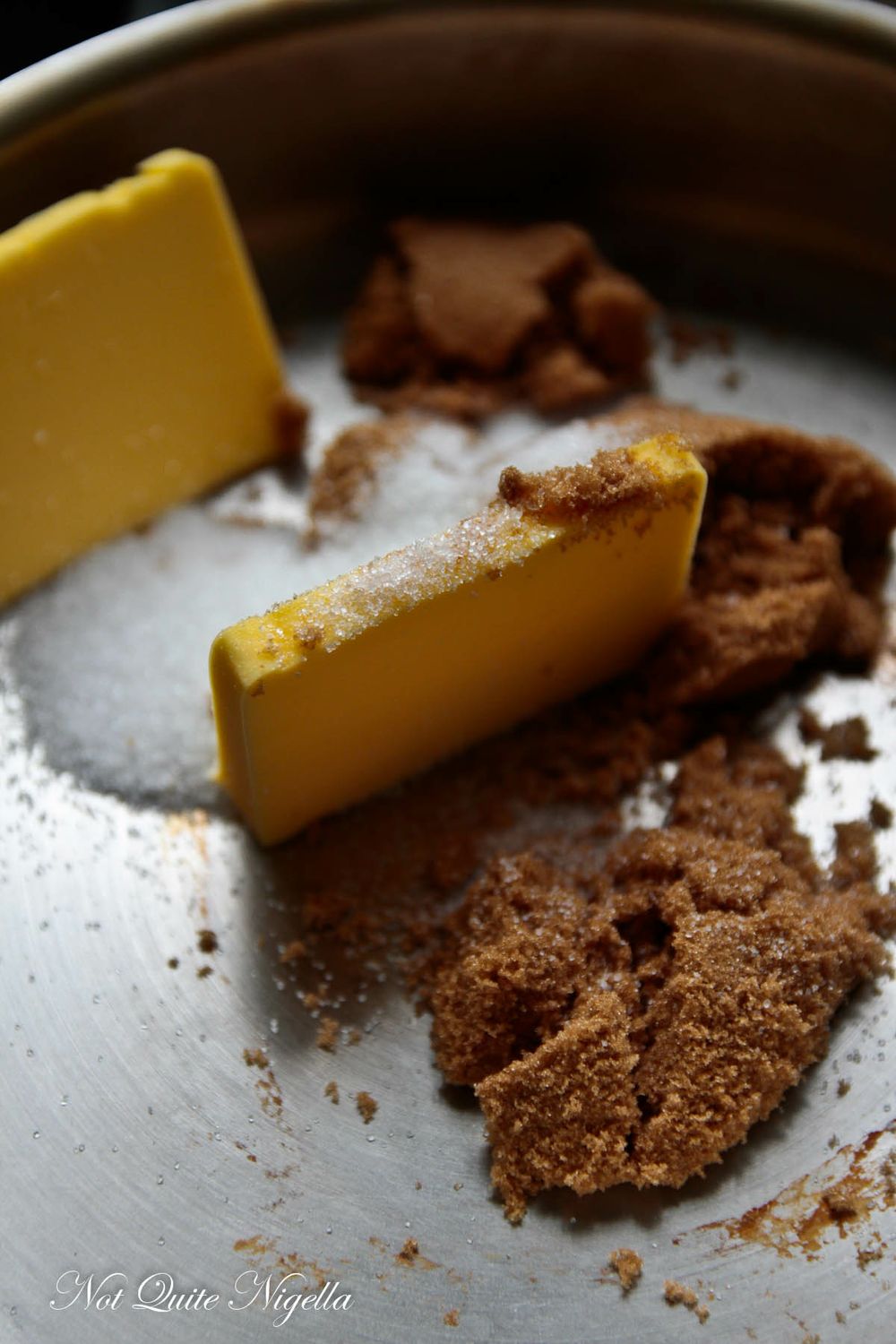 Step 2 - In a pan with an oven proof handle and lid, place the brown sugar, white sugar, butter, dessert wine or bourbon, vanilla beans and scraped out seeds on medium heat and stir until combined and melted. Add the pears cut side down and bake in the preheated oven for 45 minutes, turning over halfway through. If the sauce is too thin, drain the liquid into a small saucepan and boil until the quantity of sauce has reduced. 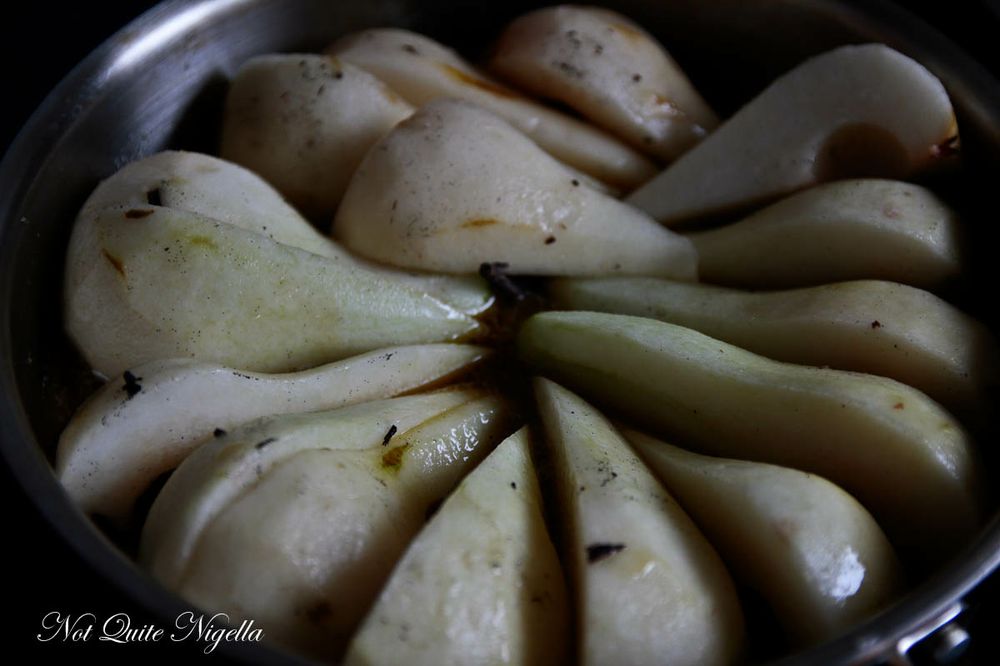 Before going in the oven 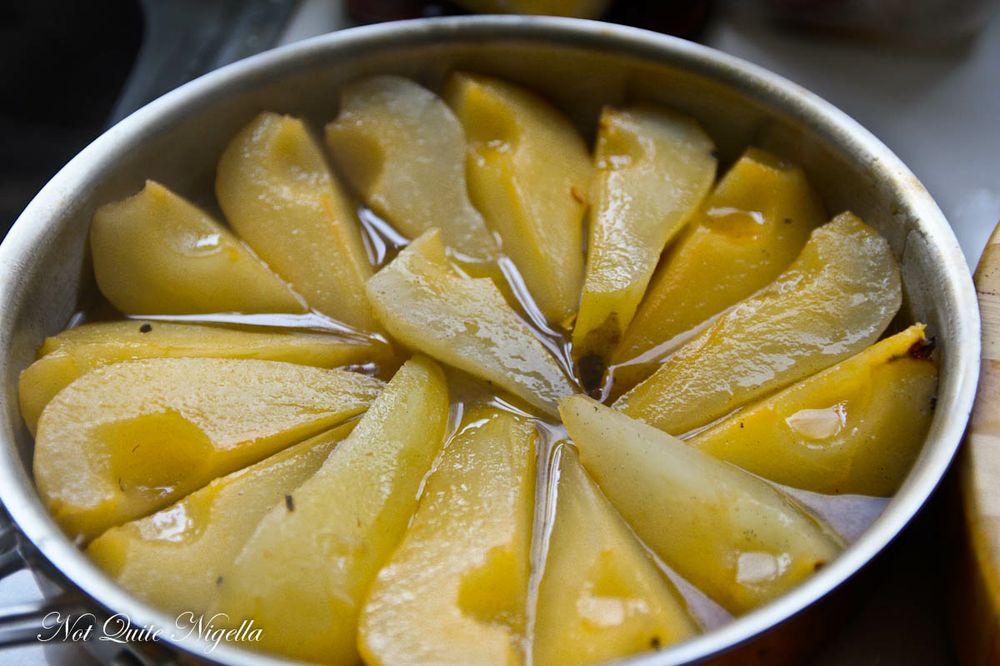