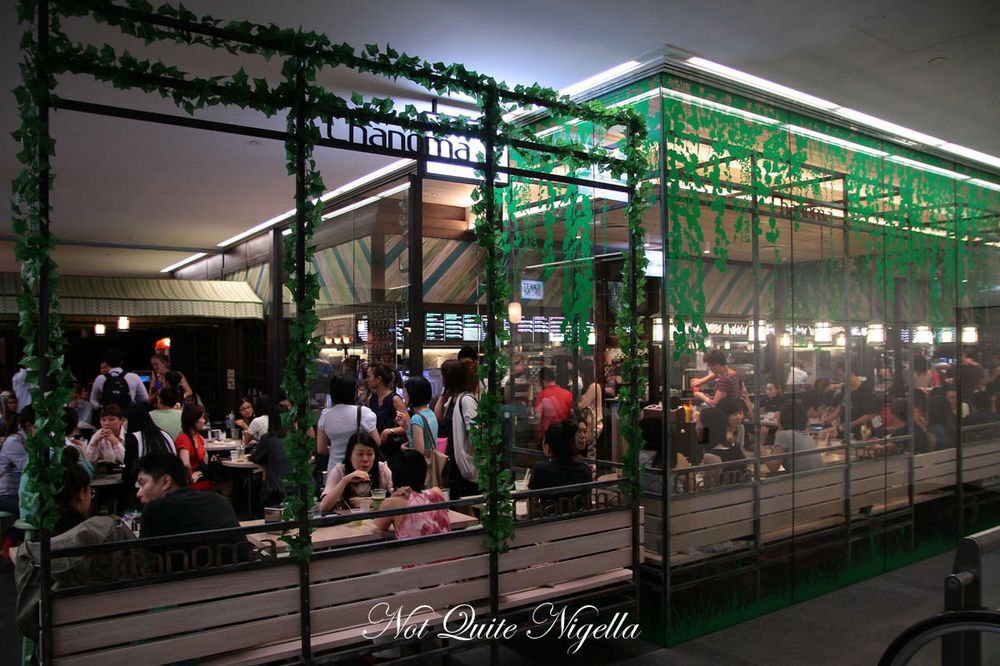 A couple of years ago Mr NQN and I were fortunate enough to visit one of our favourite countries, Canada. While in Vancouver, we had an afternoon free and my friend Kathy recommended that we try Japadog. The Japadog phenomenon started off as a single hot dog street cart vendor that sold delicious hot dogs and was said to be a must stop in any Vancouver food holiday. It has even had a slew of celebrities visit including Anthony Bourdain and rapper Ice Cube who reportedly ate ten japadogs. 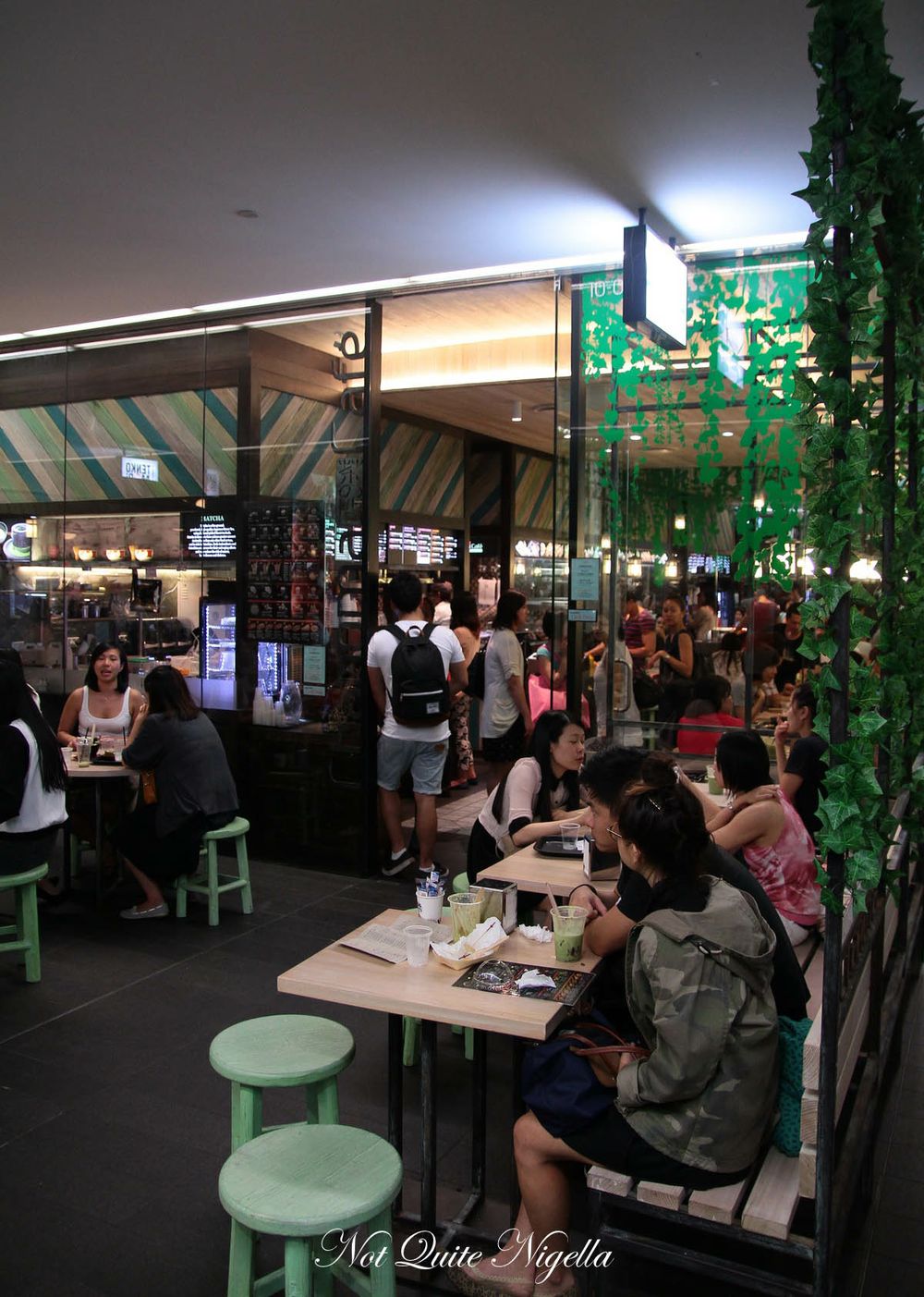 Fast forward to a couple of years later and we're at Regent Place just near the George Street cinemas and Town Hall where a new place called Chanoma Cafe has opened up just a few weeks ago. Their main item is green tea in float, shake and dessert form and they serve these alongside Japadog or Japanese hot dogs. It's busy this Friday night but turnover is fairly quick and people mostly take their drinks or $2.90 green tea soft serve cones to go. 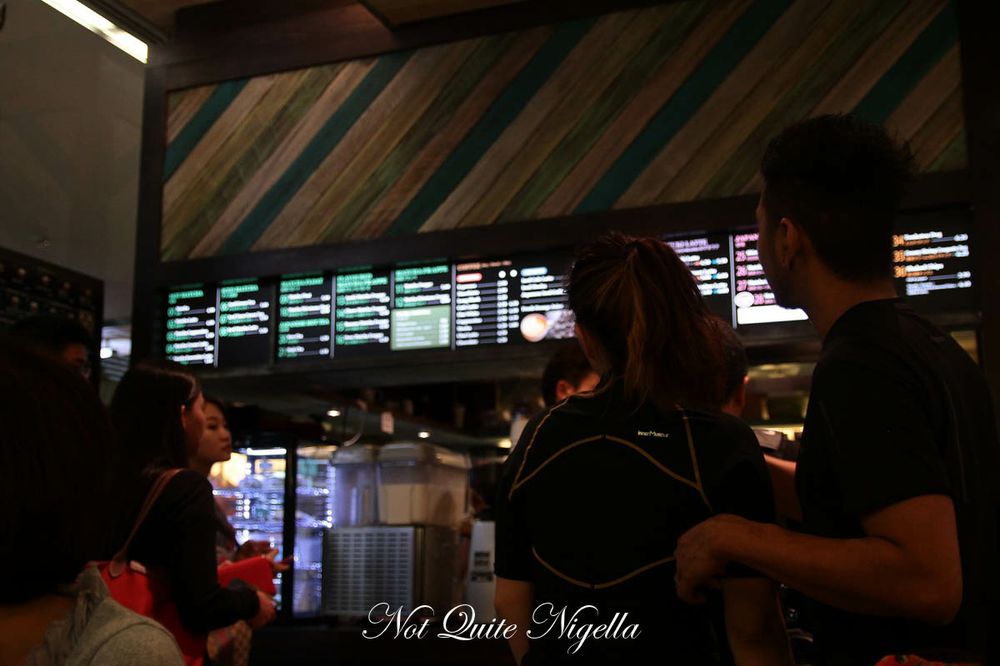 Ordering is done at the front counter and it is cash only so we dither at our table trying to figure out what to order. The staff are helpful even while they are busy and we narrow it down to two drinks, two hot dogs and a serve of chips. We take our buzzer and return to the table. 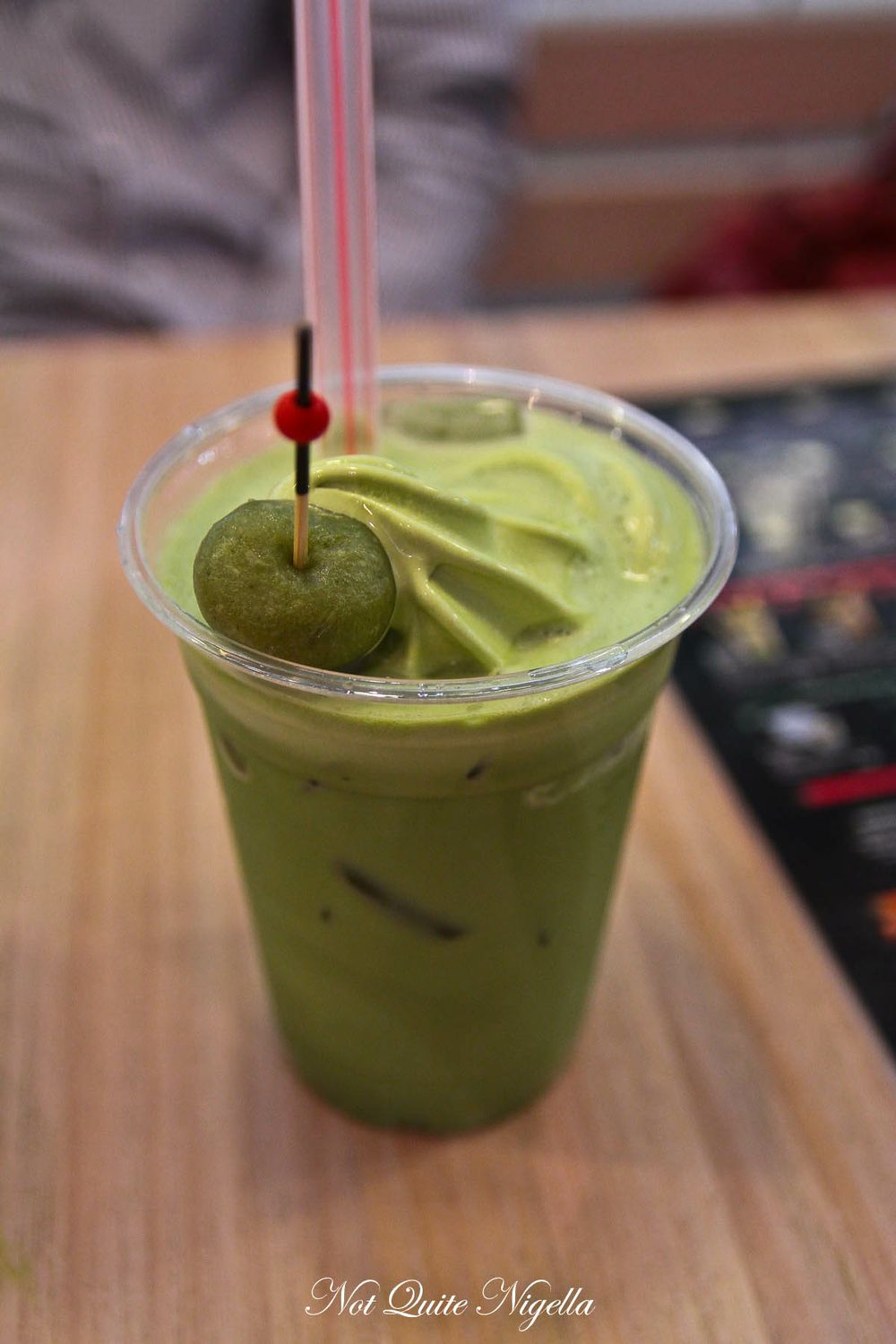 The drinks are ready first and I go up to collect them. The matcha shiratama float has green tea, some green tea soft serve and a toothpick with five soft, chewy mochi balls on it. It is also not sweet in the slightest and quite bitter and we wonder if it is meant to be sweetened at all. I ask at the counter and the staff member offers to add more syrup to it and it is better but it appears that there is quite a bit of variation to the drink depending on who is making it. 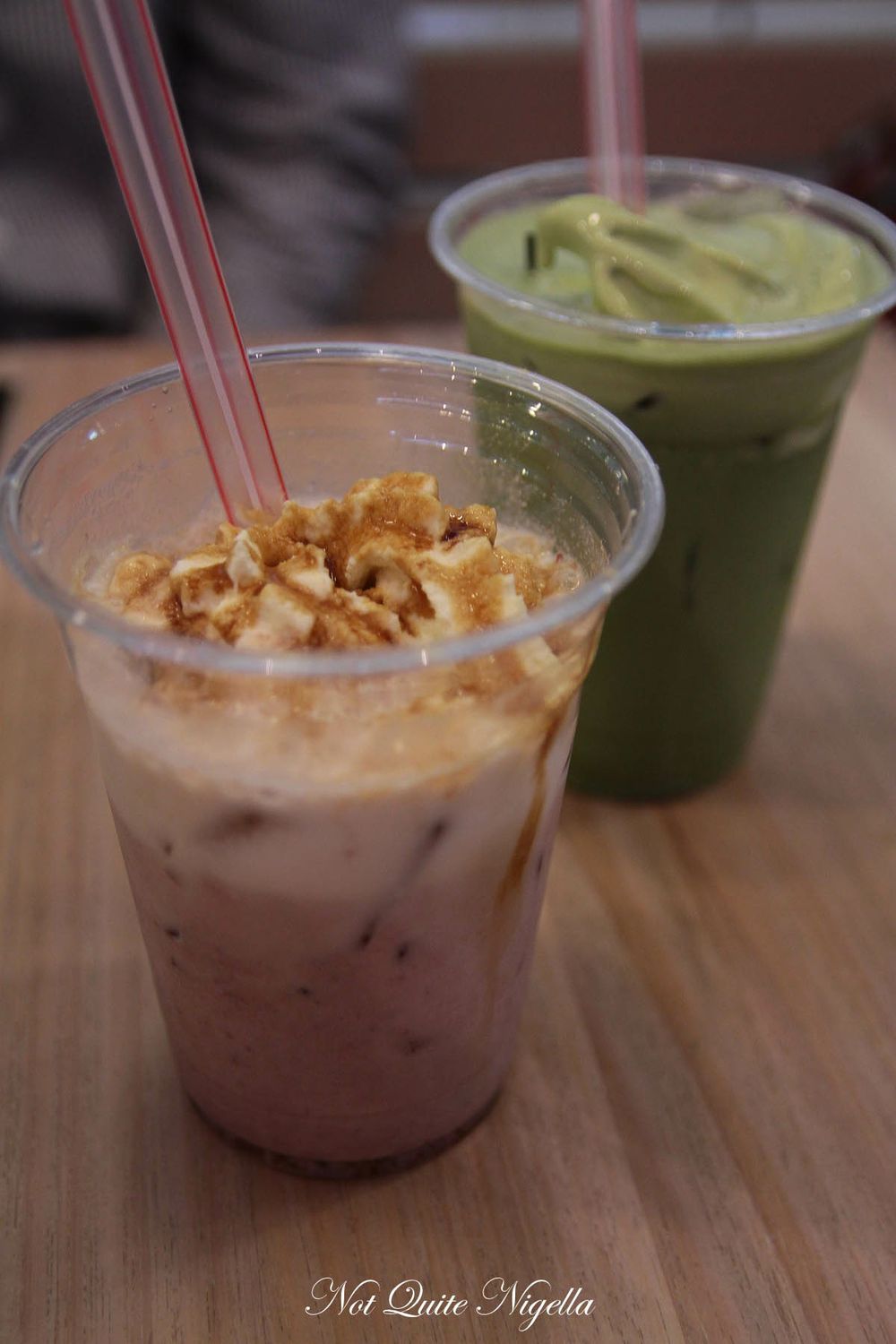 You could get this red bean drink either hot or cold and since it was a muggy evening, we opted for cold which costs $1 more than hot. The actual drink was delicious, perfectly sweetened unlike the matcha float and really quite good with the whipped cream and brown sugar syrup. The only issue was the fact that the drink was not full and only filled three quarters of the way up and Mr NQN downed it in about two gulps. 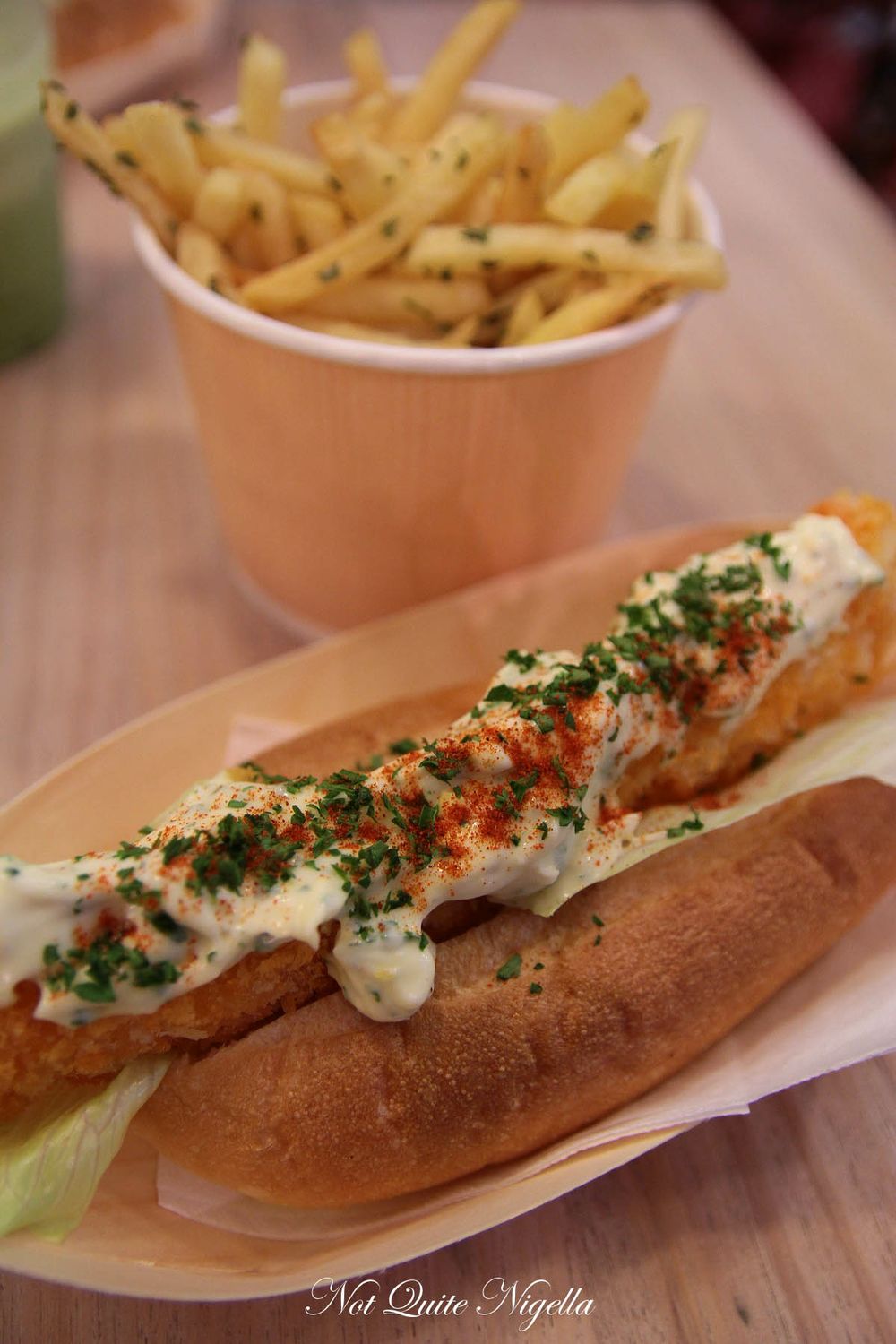 Hot dog time! This was the first one that I tried as it was very moreish indeed. The freshly fried croquette was crunchy on the outside and soft inside and filled with finely diced shrimp. There was a layer of crunchy iceberg lettuce underneath the croquette and on top was a tartare sauce that tasted like a creamy egg salad. The hot dog buns all appear to be the same and this was light and soft. 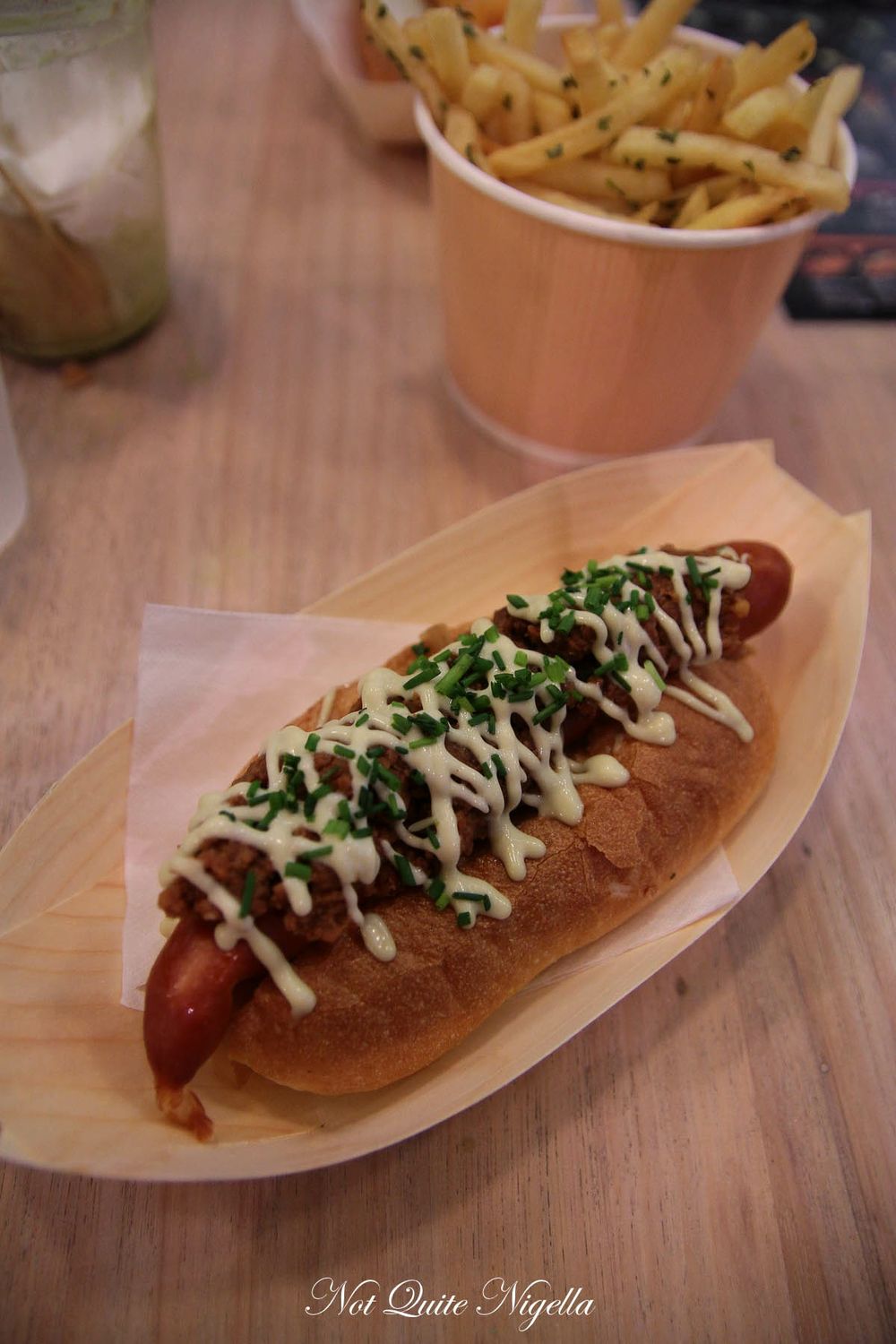 For the spicy meat lovers dog, you can choose the sausage that you want. I chose the Slovenian kransky which was said to be the most popular sausage out of a choice of three that included chorizo and German bratwurst. This one is bolder in flavour with a nice amount of mild spice right at the end. Alongside the Slovenian bratwurst was miso pork mince, white beans and mayo and underneath the sausage was a thick layer of sweet, soft onions. It's also a favourite but with much stronger flavours than the shrimp croquette dog. 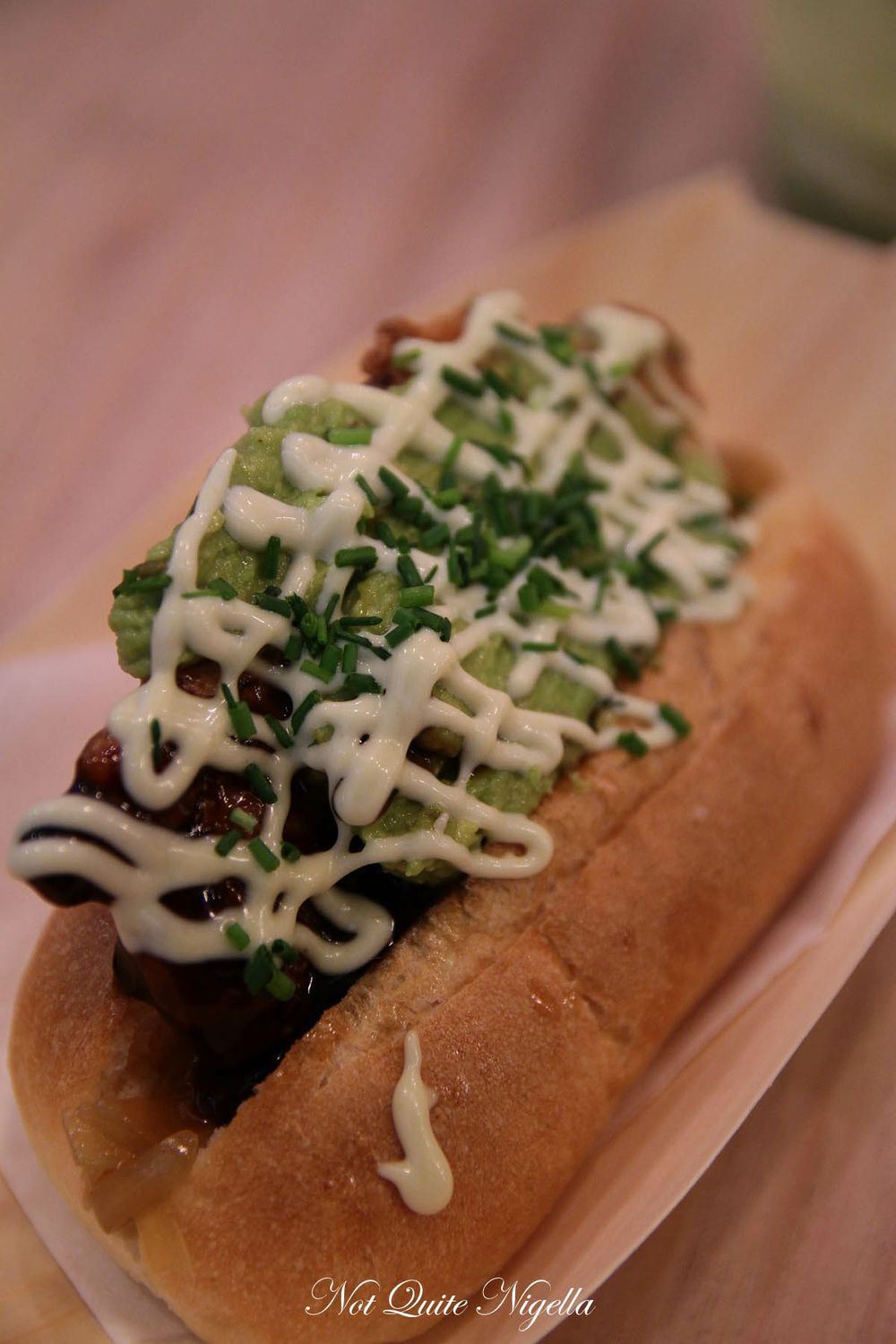 We couldn't resist and ordered just one more dog because Mr NQN was hungry after work. Even though the menu describes it as a chicken dog, it's actually not a sausage but a piece of chicken breast that has been battered and fried, much like a large, flat chicken breast nugget. There's another layer underneath of the caramelised onions and on top is avocado, mayonnaise and just a light touch of wasabi alongside a generous amount of thick, sweet teriyaki sauce. This is for those that like their hot dogs sweet and saucey. 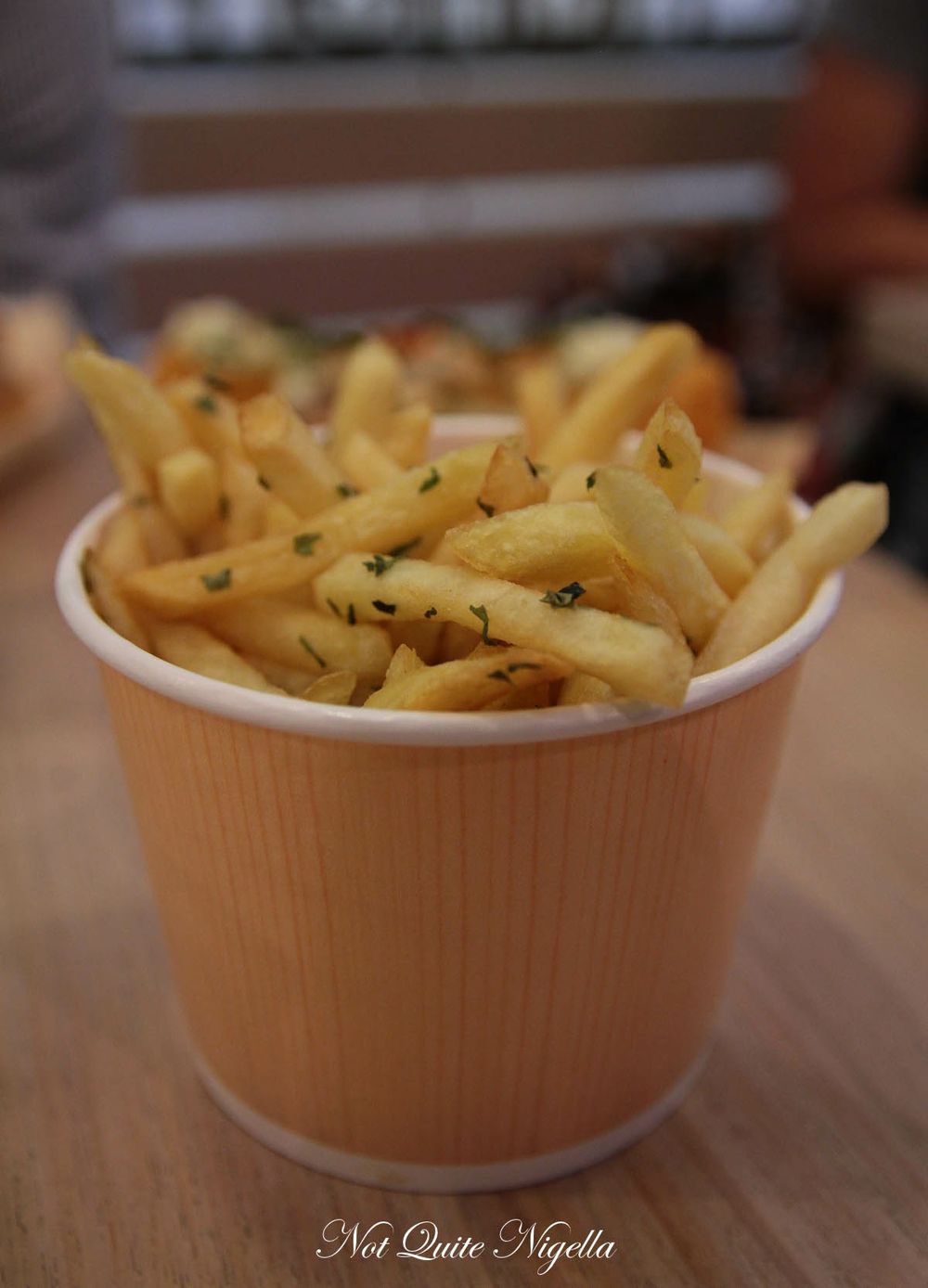 There were four types of French fry seasonings available: salt and pepper, wasabi, teriyaki, chilli & garlic and soy butter and seaweed and we chose the latter. Mr NQN wasn't so taken by the chips but I really loved the salty umami flavour of both the soy butter and the seaweed and I had to really stop myself from demolishing these!

Alas, there's no room for dessert and there are some sundaes with green tea ice cream and some anmitsu desserts. But given how busy it is and how many people want tables, we decide that it's time to exit.

So tell me Dear Reader, are you a sweet or savoury person? And how many hot dogs do you think you could eat in one go?