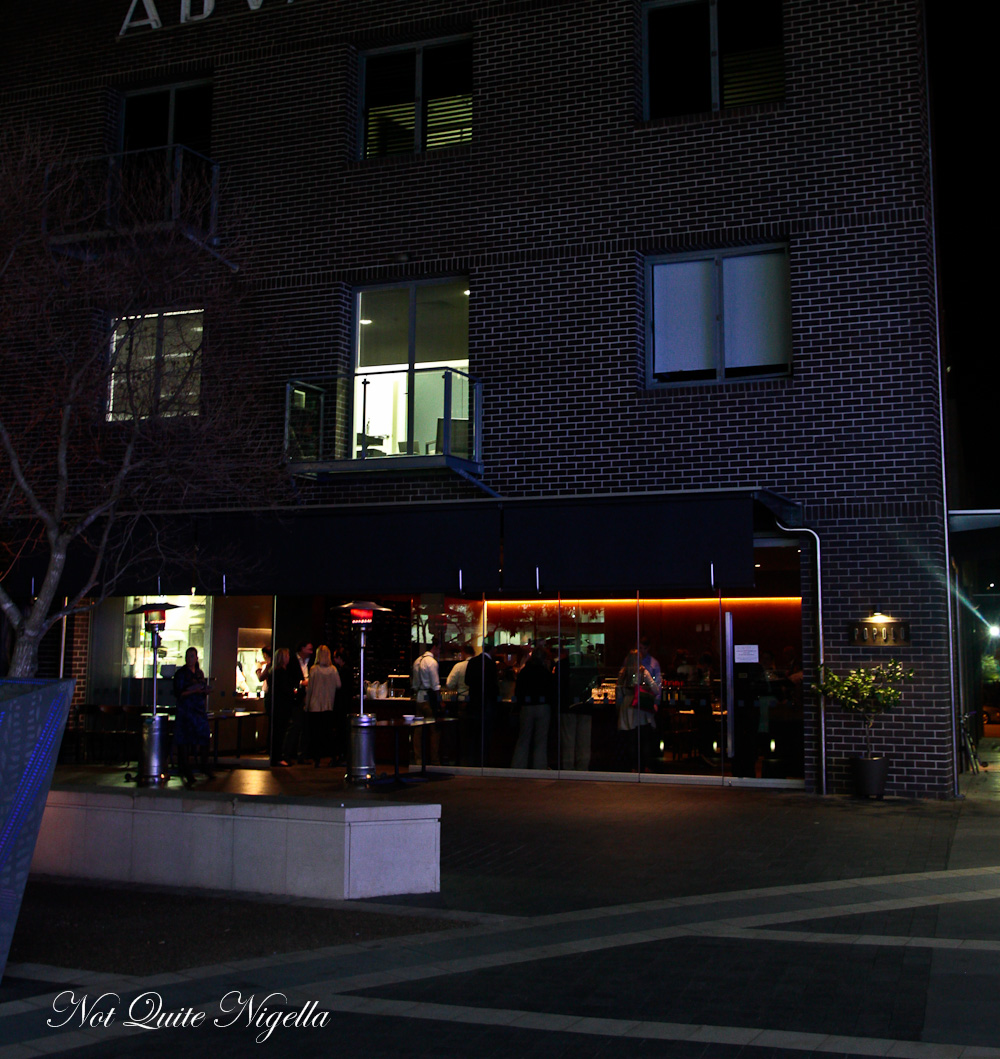 You tend to know when someone is Sicilian. They may announce it to you as they wear their declaration as a badge of honour. At Popolo (meaning "people" in Italian) in Rushcutter's Bay, their new chef Niko Pizzimenti proudly tells the crowd assembled tonight for the Qantas Epiqure event that the food is "All Italian" and that the restaurant's food is Southern Italian. 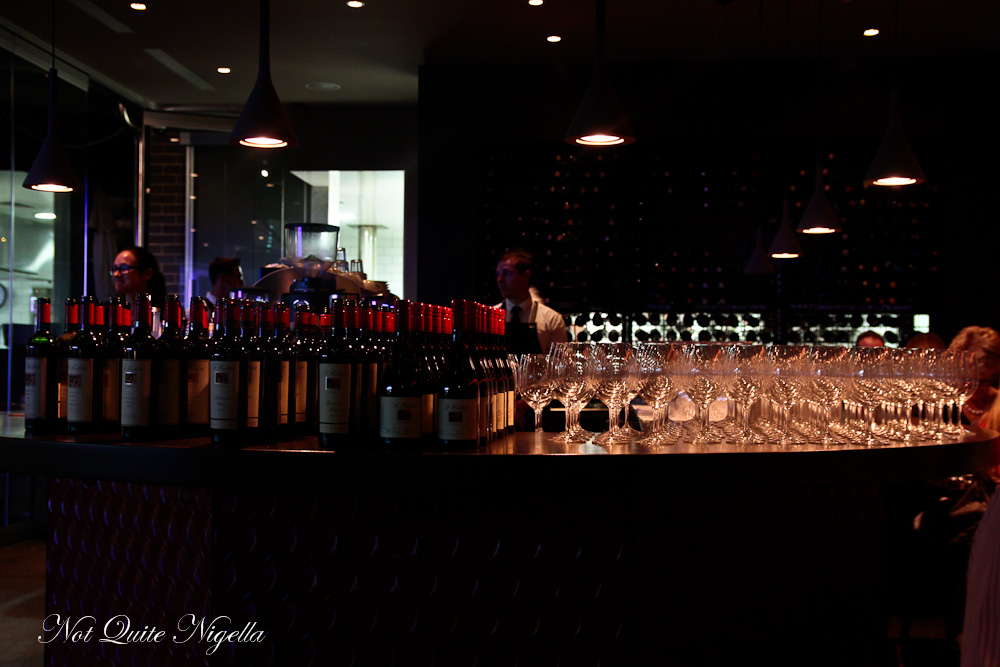 Qantas's Epiqure member programme matches the airline's frequent flyers with exclusive wine and food events - case in point, a previous event was a dinner with Rene Redzepi at Rockpool Bar and Grill. This evening's is an event that sees the pairing of St Hallett wine with Italian dishes like chestnut ribbon pasta and lamb ragu or tuna carpaccio with figs and truffled honey. 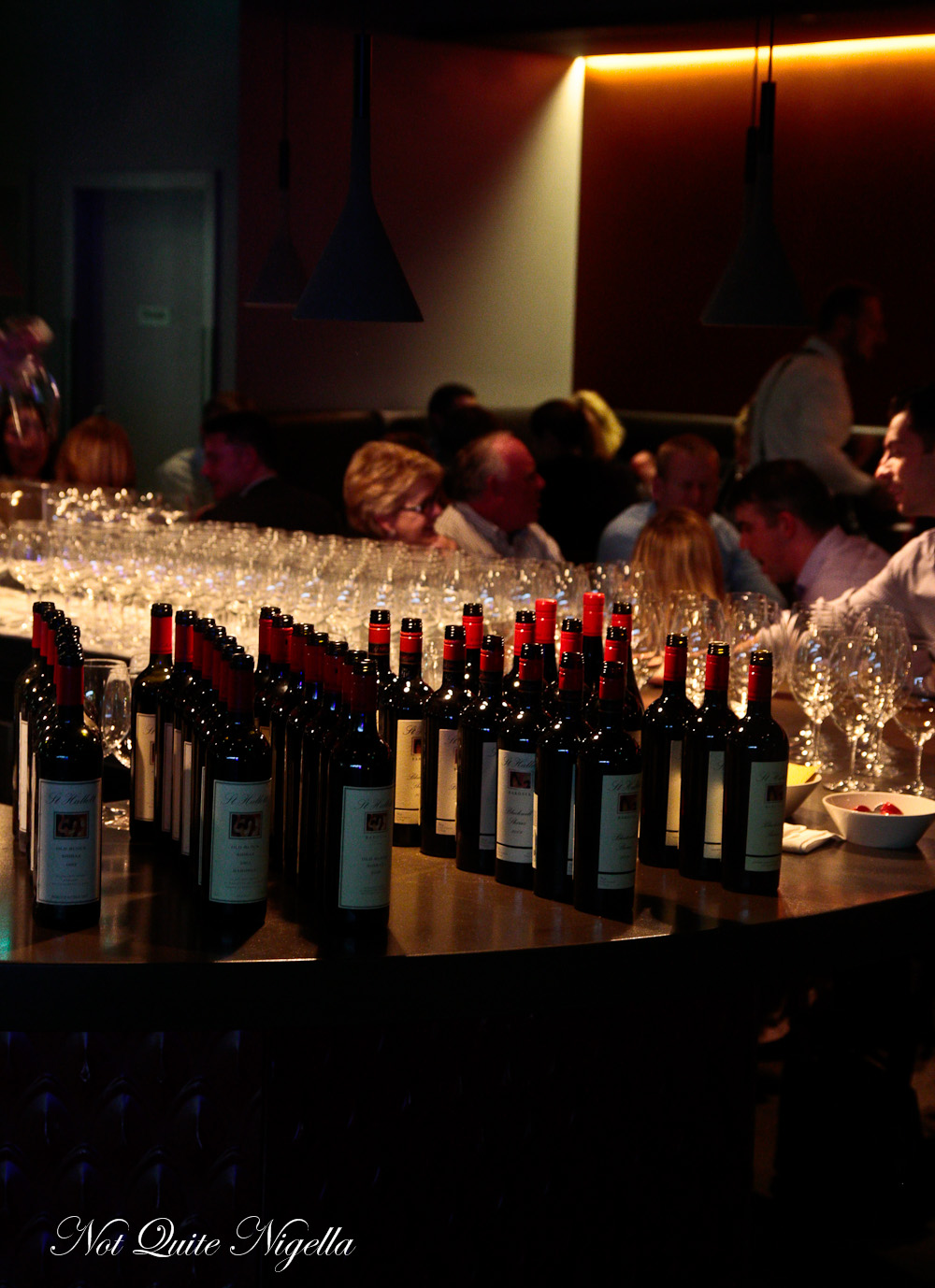 The Barossa winery is popular with being driving from quite a distance to attend the event. They're lured not just by the food but by the wines which range which includes three world class St Hallett Old Block shirazes from 1992, 2002 and 2010. The Old Block is their flagship range named after the vines that were planted in 1912. 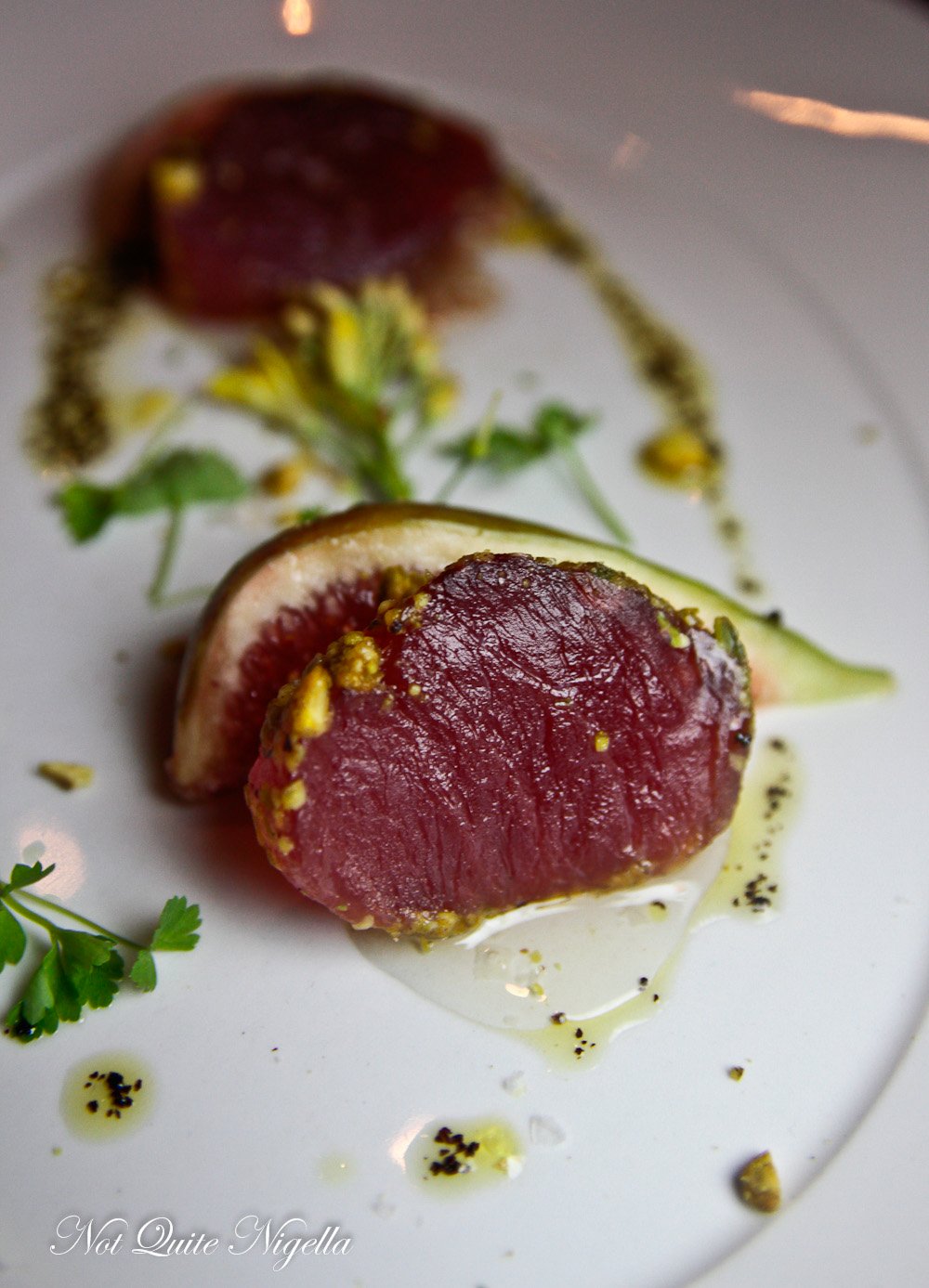 The food is matched to several wines with each course, most with two wines which allows diners to compare and contrast wine years. Each year is distinctly different with some years a clear match to the dish over others. For our first dish, the textural combination of the creamy tuna, with a pistachio crust, sliced figs and truffled honey is perfectly executed. Niko tells us that the dish was one that he first came across four years ago in Central Italy. 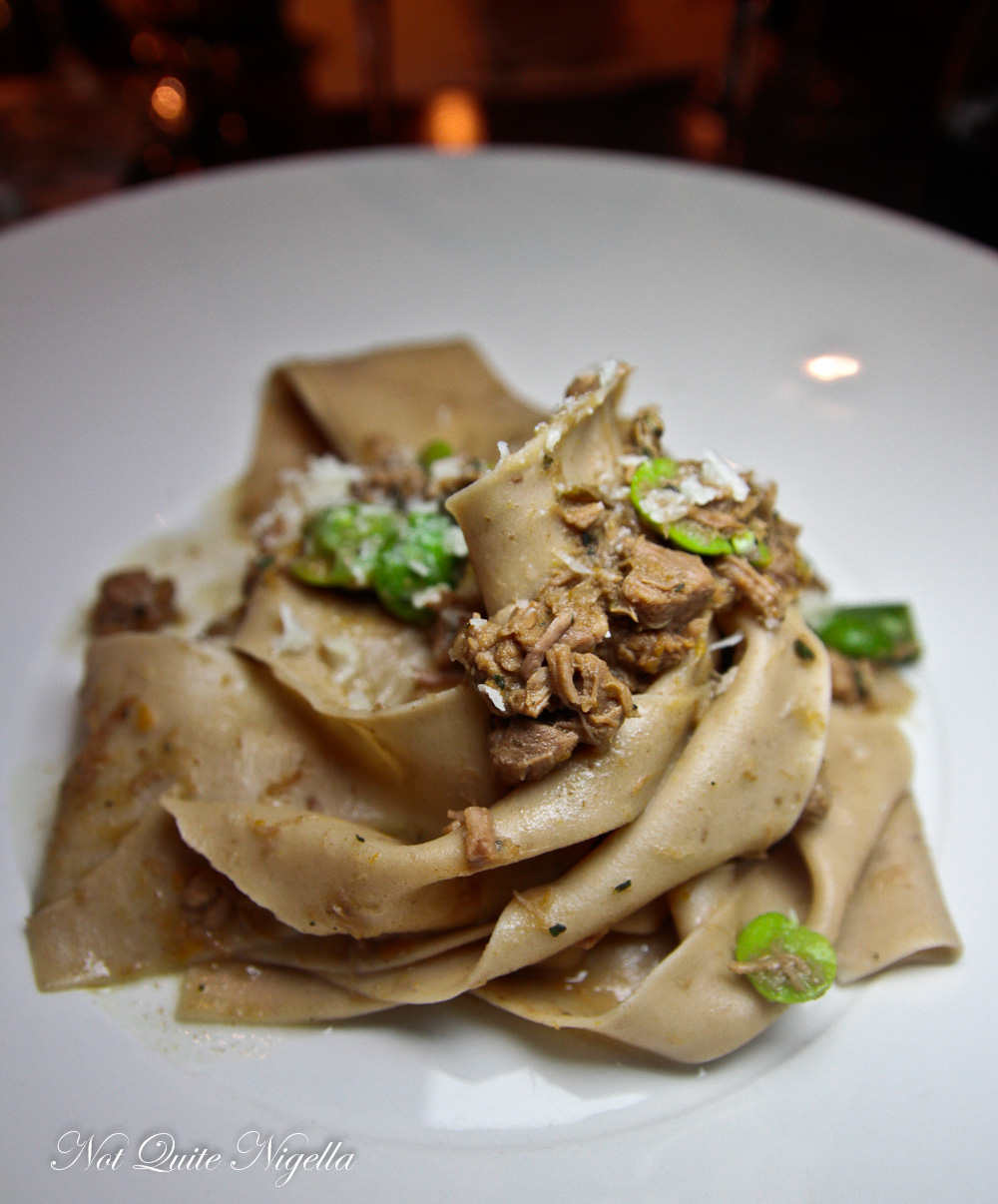 My Italian is barely existent but there are words that I have a Pavlovian response to where I automatically start drooling. One of them is castagne or chestnut. Here the pasta ribbons are thin and silky courtesy of the chestnut flour. It's served with a soft, luscious lamb ragu and spring's first broad beans. The texture of the pappardelle sends everyone around us in raptures. 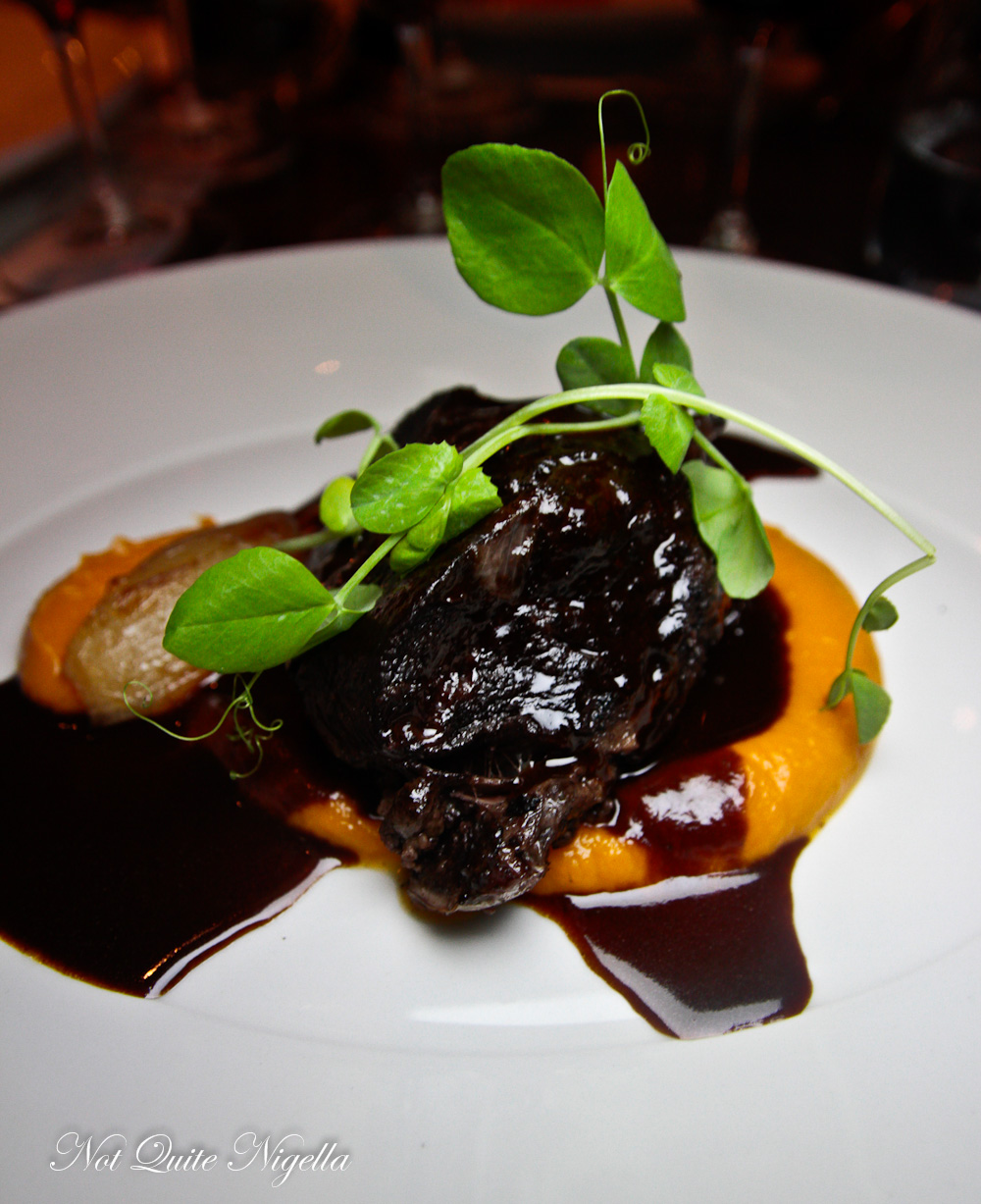 In between courses Stuart Blackwell, the winemaker from St Halletts introduces each course and the matching wine to us. The main event was a rich, generous serve of twice cooked wagyu beef cheek made rich with Shiraz and cacao and a touch of sweetness from vincotto. It's served with a spiced cinnamon pumpkin puree and roast shallots and I only wish I had room for every bite. I even considered asking for my remainder to take home with me to eat on a pasta. 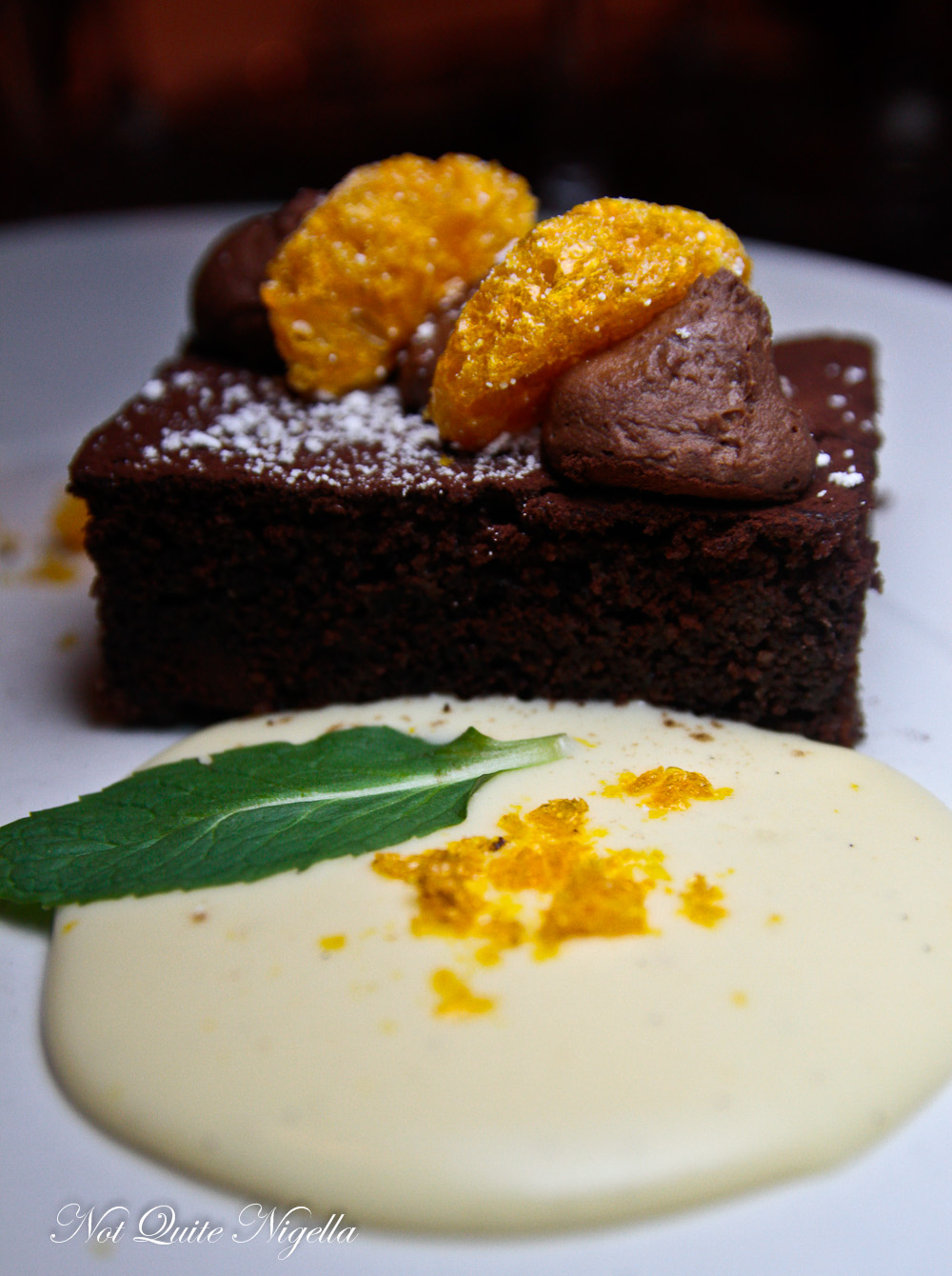 The chocolate and almond cake is light and dry in texture and reminds me of those Italian cakes that are served with coffee. It is paired with a creme anglaise and salted hazelnuts and chocolate ganache dabs on top with dehydrated mandarin segments. 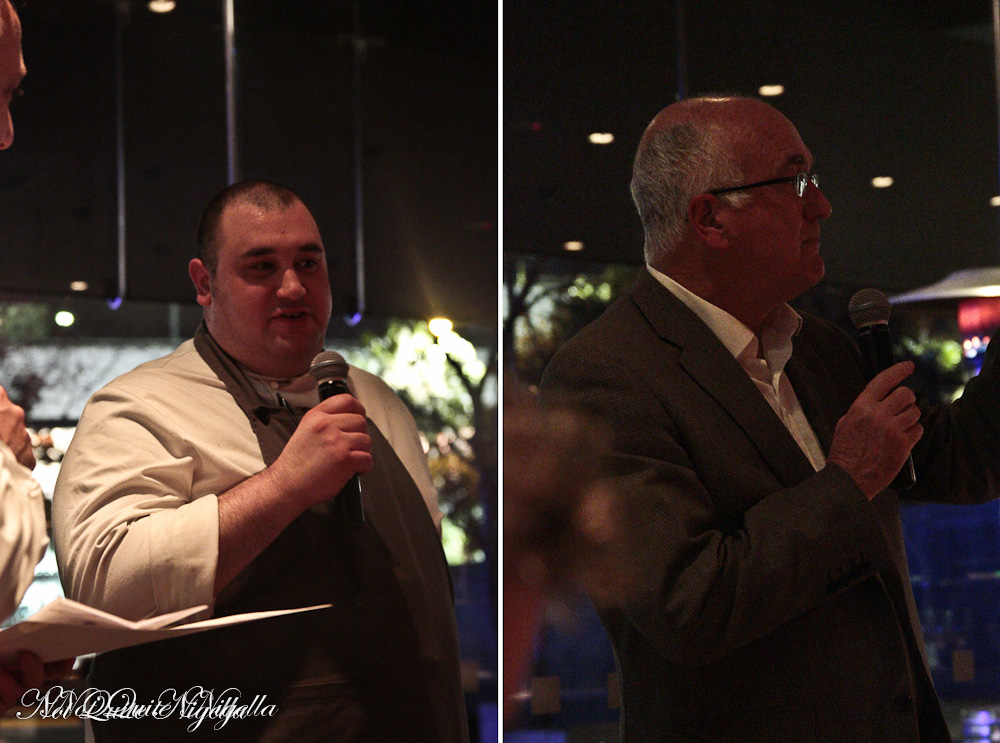 Just before dessert, Niko comes out to answer questions from Epiqure's Jan Rundle. Niko tells us that he learned to cook from his grandmother and mother and its through them that he learned about flavour but he uses techniques to bring out this flavour. "In Southern Italy we have simple flavours that are fresh" he says. He explains that he came to Australia eight years ago and liked the lifestyle here and with a shrug "we just stayed here." And Niko's last meal? His mum's baked lasagna. "The smell of that would wake you up after a night out" he says.

So tell me Dear Reader, what's the furthest you've travelled for a meal?