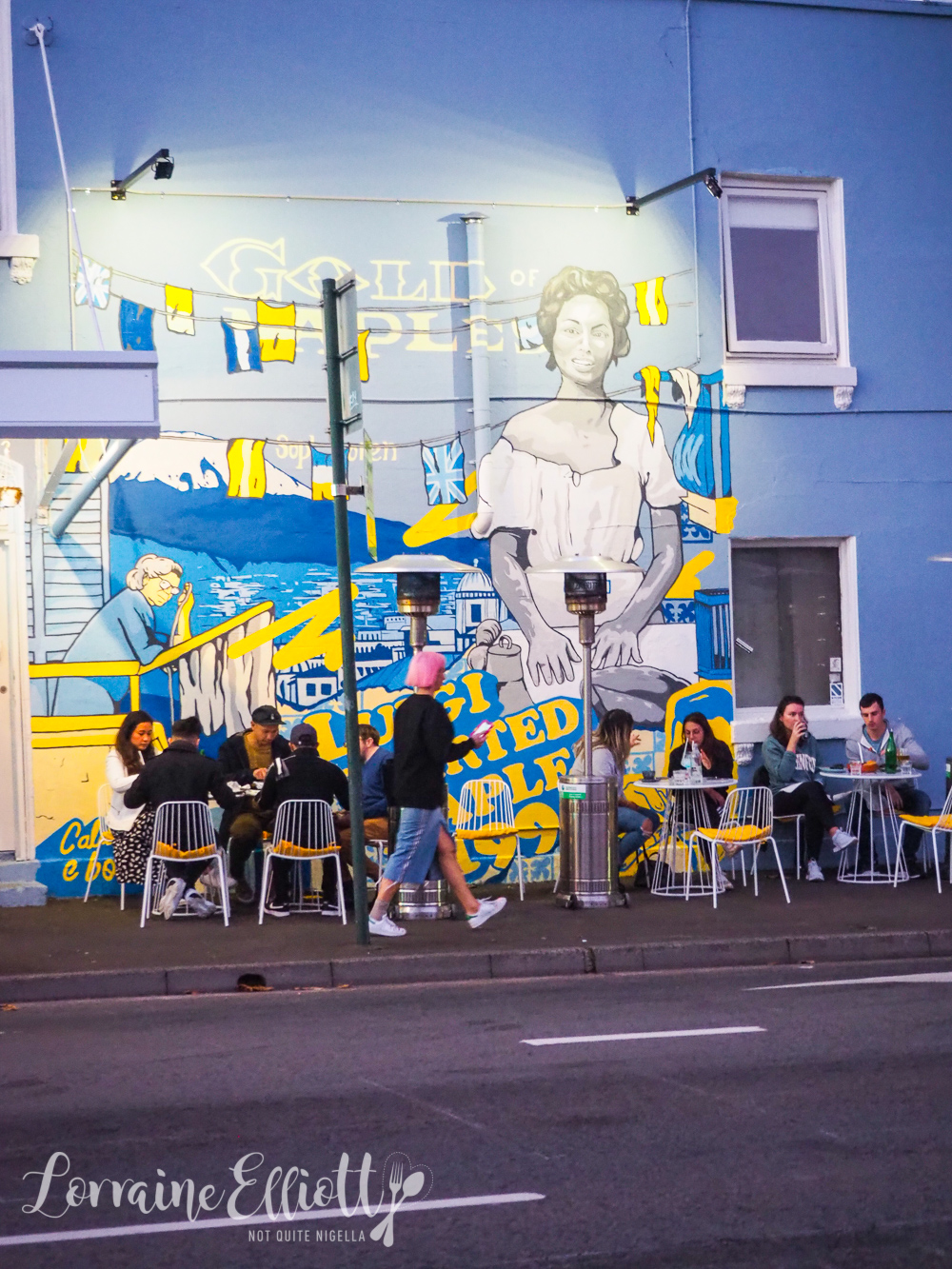 Pizza Fritta 180, located on the corner of Crown and Foveaux streets in Surry Hills, serves up a Naples pizza specialty. It's deep fried pizza whether it is Montanaras or fried dough rounds or their namesake Pizza Fritta, a folded over calzone style of dough! 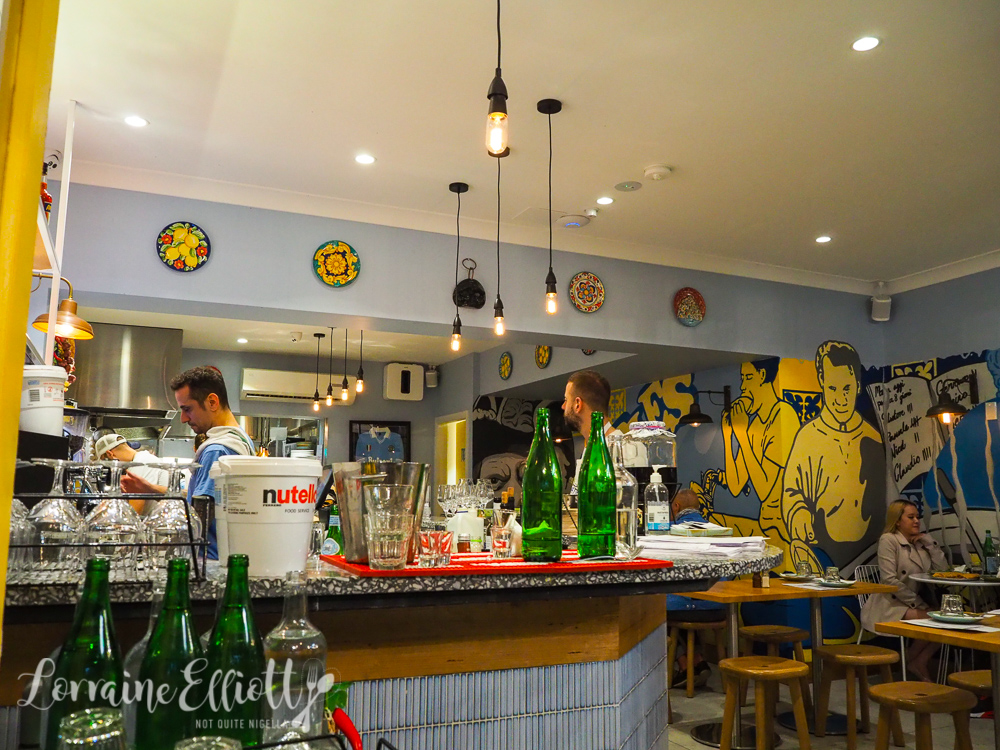 Pizza Fritta is by Luigi Esposito of Via Napoli on Crown Street, about 600 metres down the road. The 180 in the name reference the temperature of the oil (180C) that the pizza dough is flash fried at. 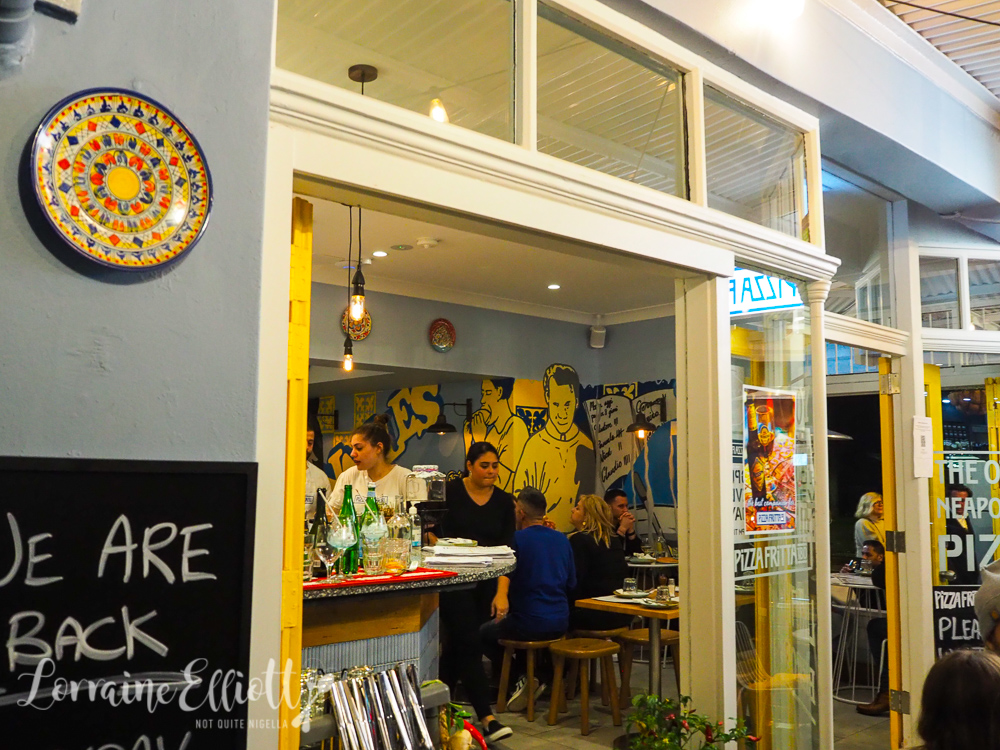 "We love you!" says our waitress many times over the course of the evening. I look behind us and there's another sign proclaiming "We love you." Pizza Fritta is dishing out fried pizza dough and the most Italian gregarious service. 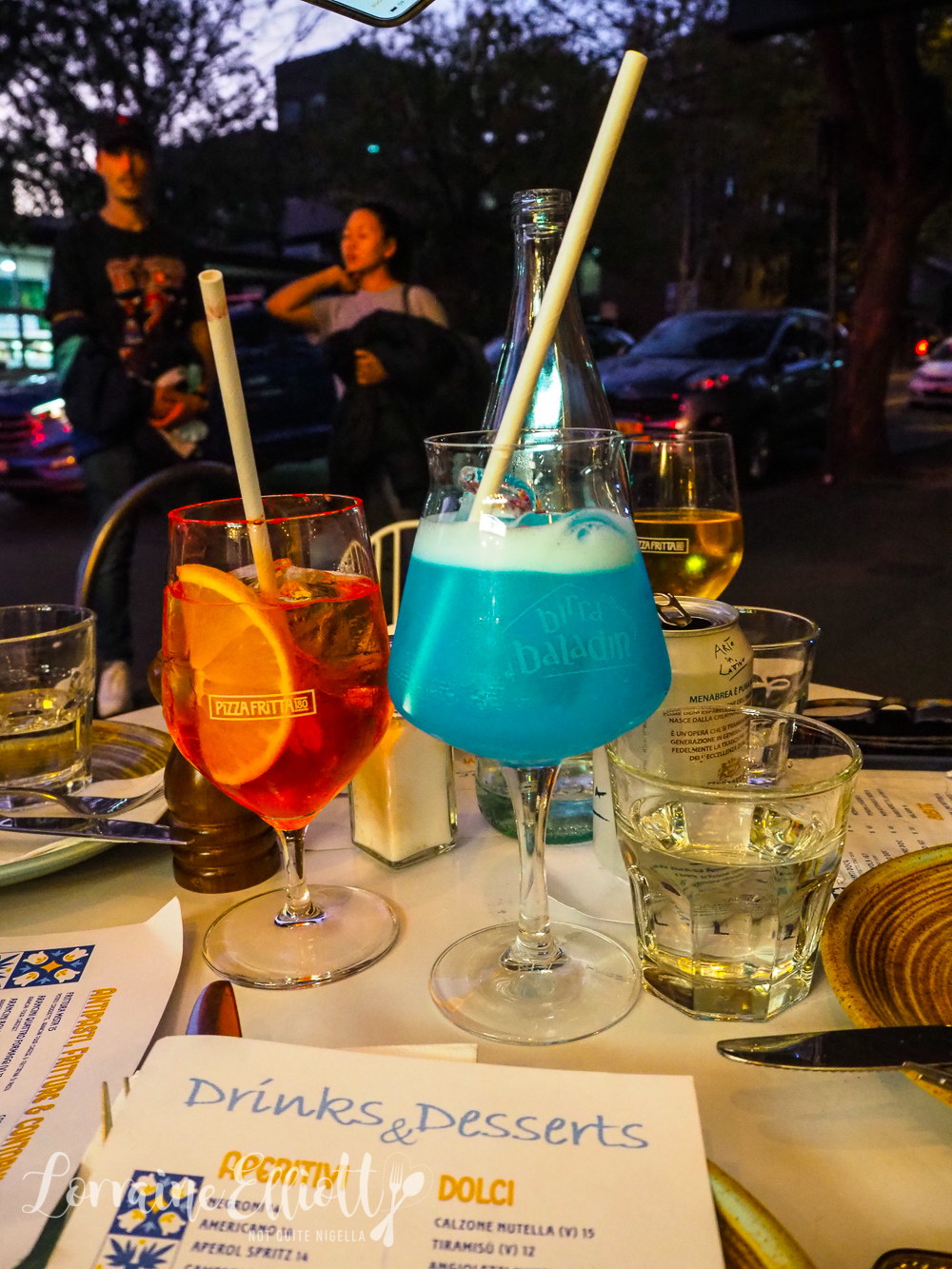 We're sitting outside under a heat lamp and have arrived at 5pm, firstly to avoid crowds and to get a table as they don't take bookings. We order spritzes and a cocktail of the day which involves gin, vodka, egg white, blue spirulina, rose petals and gold leaf and it's not bad although quite sweet and strong (and we saw no trace of gold leaf). 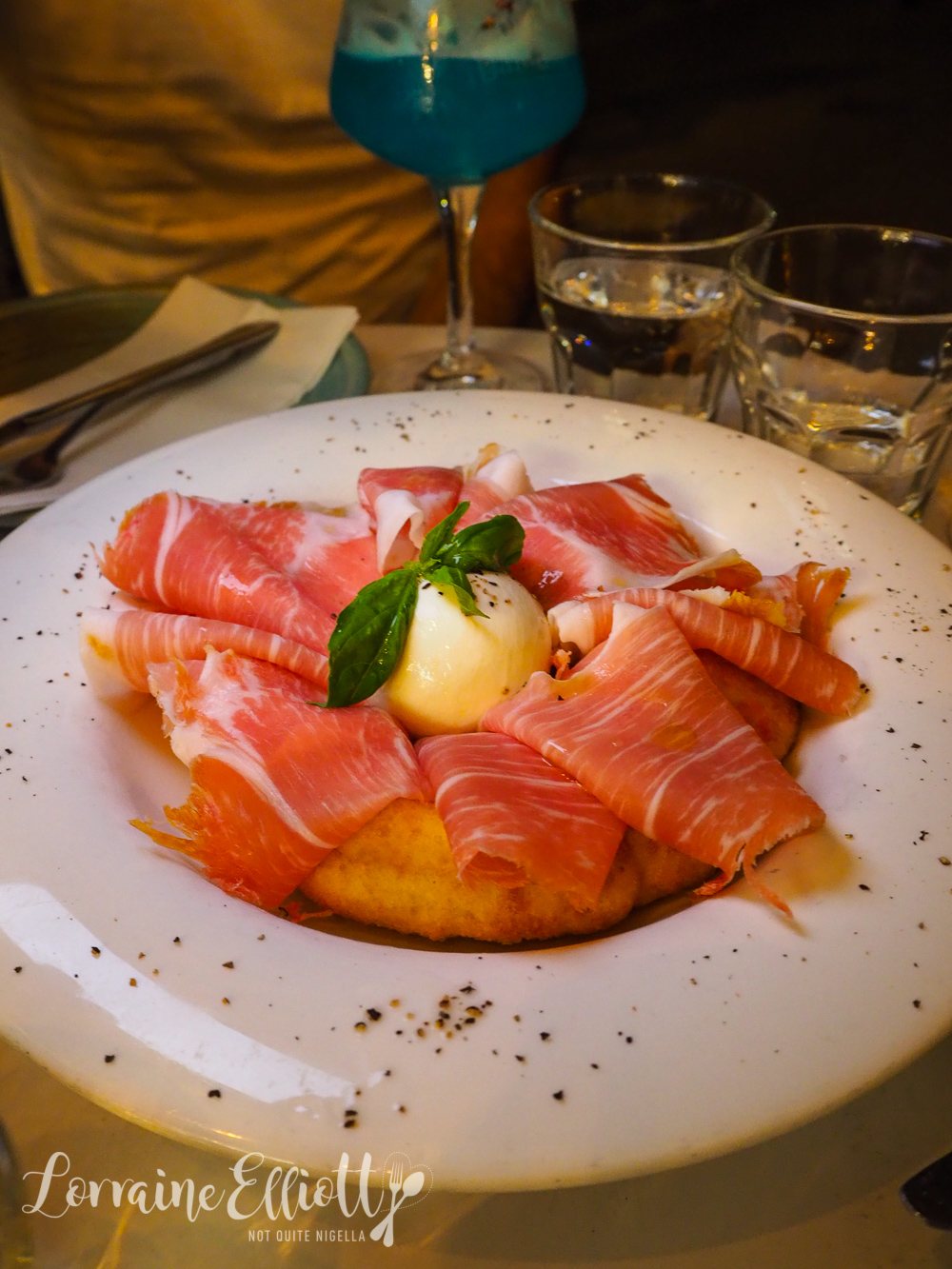 The Montanara pizza comes out fast-it only takes 60 seconds to fry the dough. These pizzas hail from the mountains of Italy hence the name Montanara and are a personal sized round of puffy, blistered, light golden dough. There are a few different toppings available and we went for the one with prosciutto and a whole burratina cheese in the centre. The burratina isn't particularly oozy but the whole thing is brought together nicely with a little chilli oil which you can ask for. 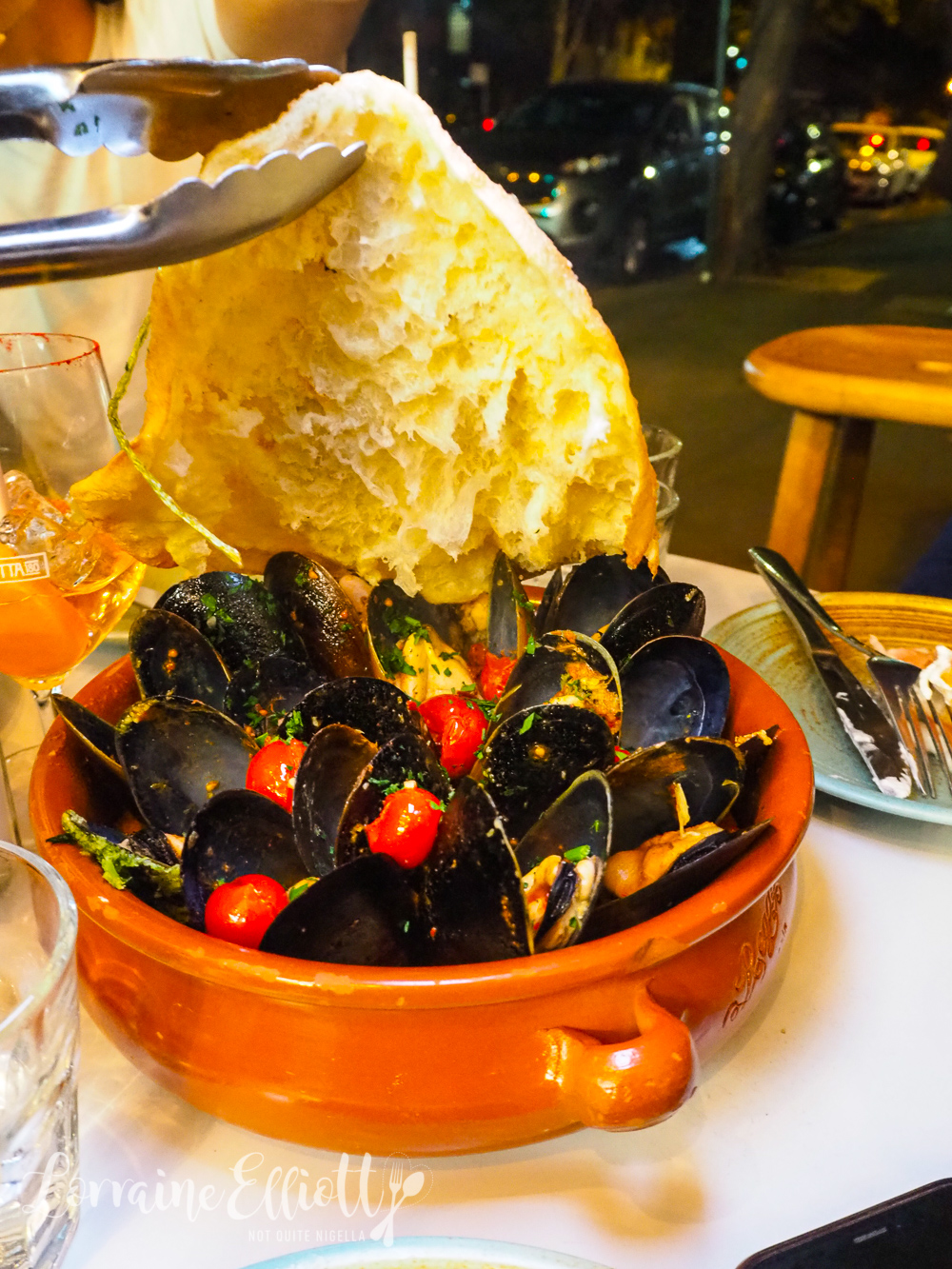 We didn't quite know what to expect with the Cozza Alla Luigi because when the waitress described this to us it sounded like two dishes in one but it's the one dish. On top is a fried pizza round split in half that perches atop a layer of mussels with a rich cherry tomato and nduja sauce flavoured with garlic, parsley and chilli. On the bottom layer is the other half of the fried pizza bread that has soaked up all of the delicious tomato sauce so that it is soft and melting but still intact. The black mussels are enormous, from the land of the giants and similar in size to New Zealand green lip mussels. A little tip: ask for some chilli oil. Then tear off some of the bread on top, extract a fat, quivering mussel from the shell, scoop up some sauce and a slice or two of chilli and eat. Repeat until you get to the final reward: a piece of the sauce soused bread. Fini. 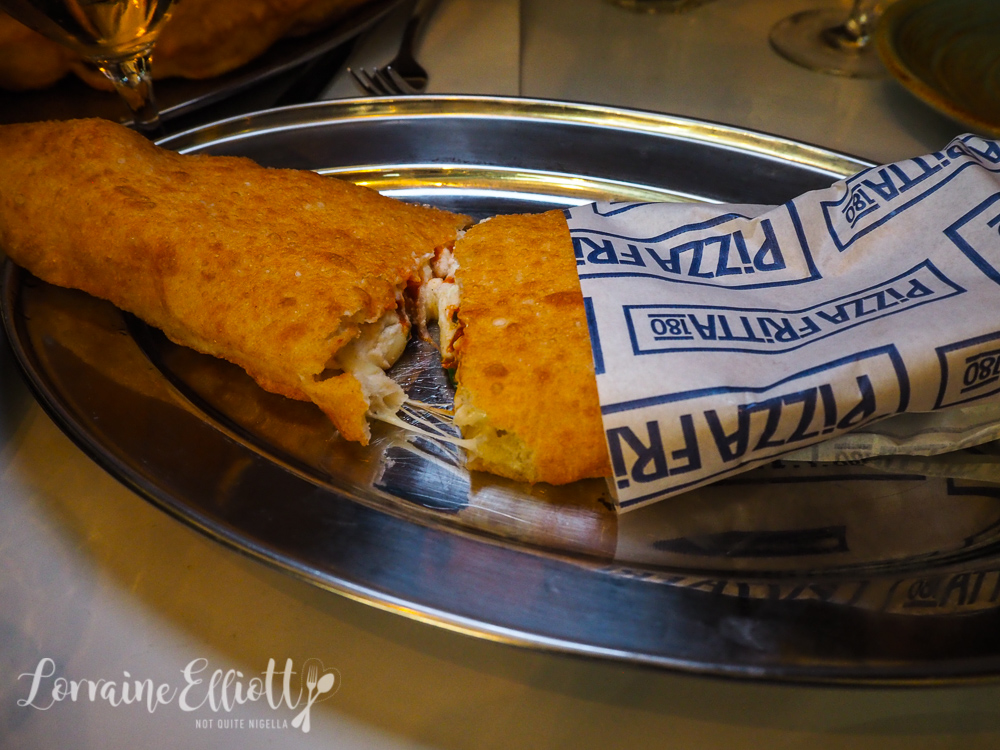 The second half of the menu is made up of Pizza Frittas which are the calzone style folded over pizzas and they come in a regular and a large size. We order some regular ones and they come to the table cut in half. "I didn't know we were at a fish restaurant," says Ryan to the waiter. "You're not the first to say that today!" he replies. We all love spicy so the Allegra with Nduja, ricotta cheese, caciocavallo cheese and tomato gives a nice balance of tomatoey flavours and cheese but the ricotta cheese is dominant in all of them. 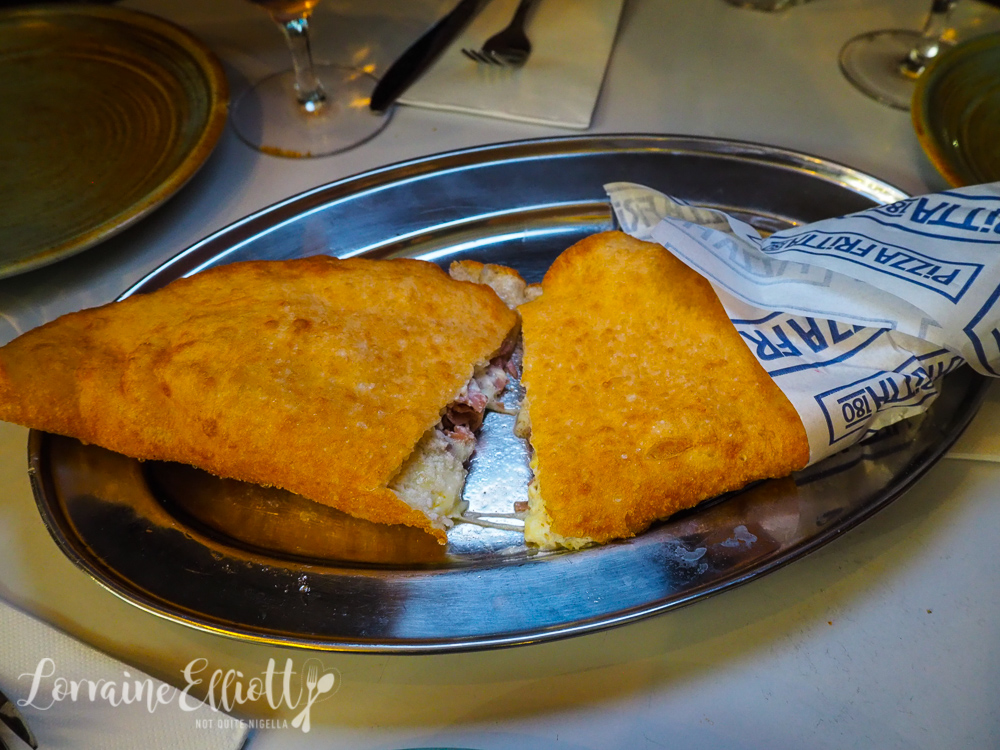 Likewise, the mortadella is paired with provola or provolone cheese and ricotta cheese and is a gooey, oozy delight where you take a bite and try to hold in the filling. 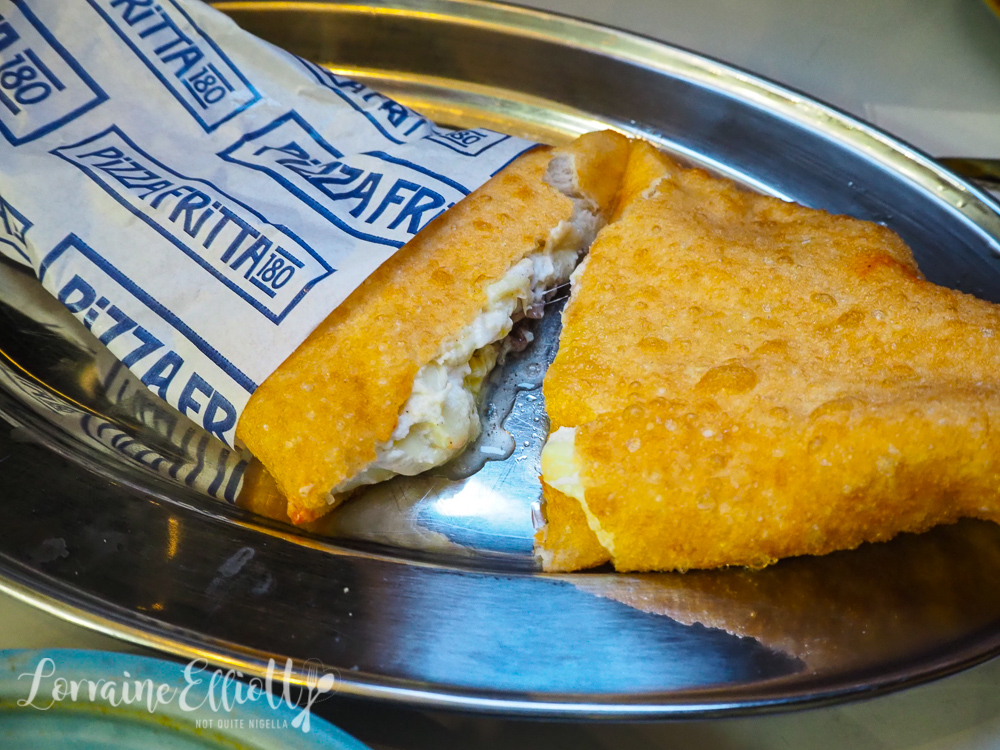 My favourite is the cicoli and ricotta with soft pork belly, provola cheese and pepper. Truthfully they're all very close to each other with a puffy, thin and golden dough barely holding together an oozy ricotta based filling. The flavours are slightly different from each other and they're all good. 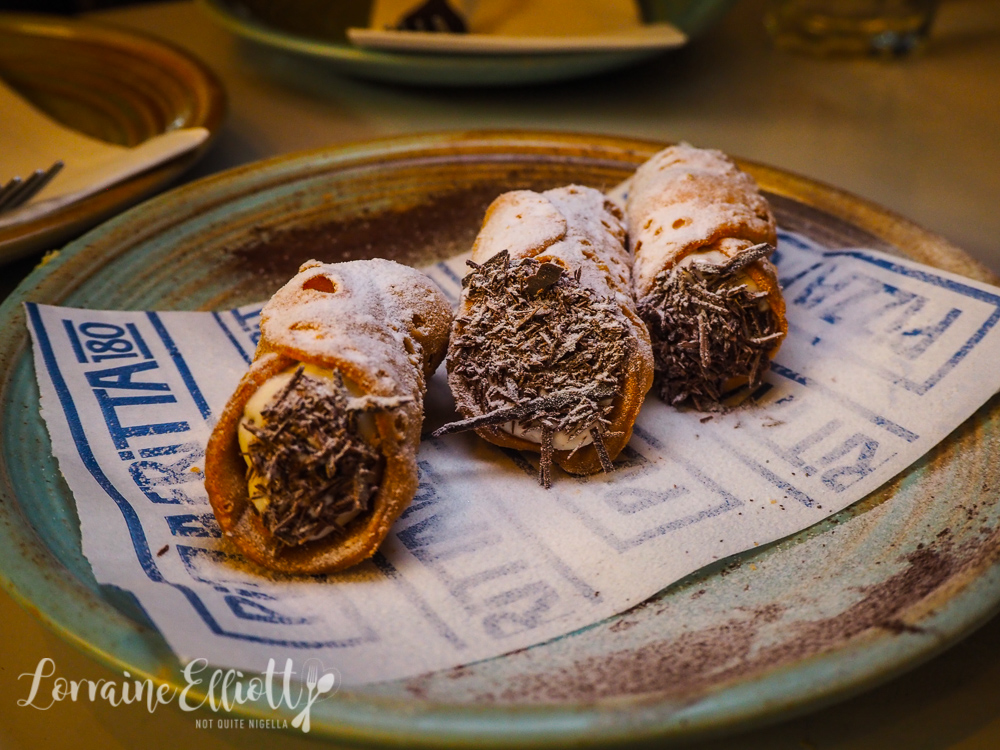 The cannoli have a crunchy, thick shell and a creamy ricotta filling. Perhaps I'm spoiled but I like it when the ends are dipped in chocolate. 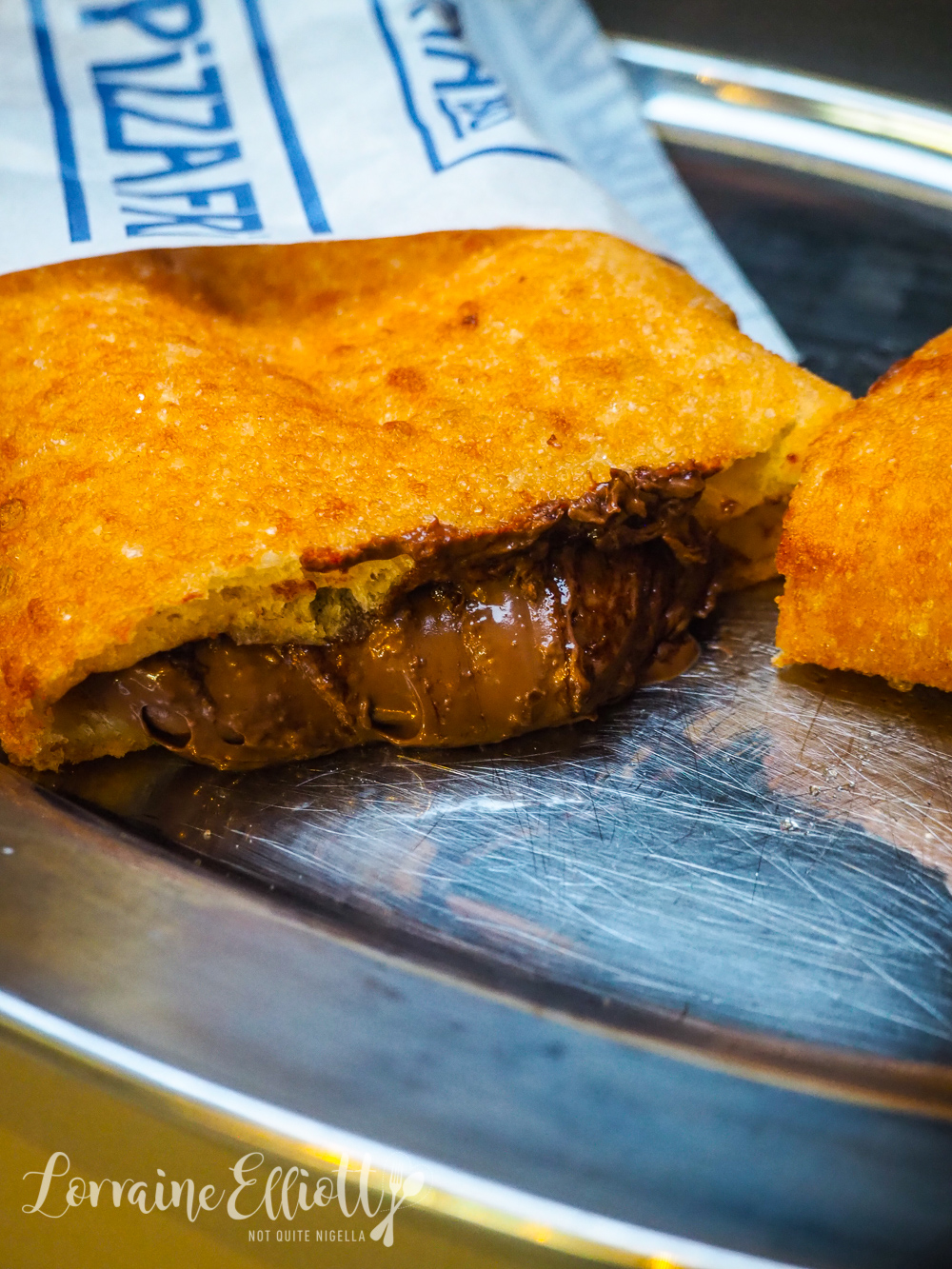 But being that were in for a penny and a pound, we decide to try the Nutella calzone. We've tried Nutella pizzas but a deep fried version seemed prudent to try. There's plenty of Nutella in these and it's the sort of dessert best shared especially after a few of the pizza frittas. 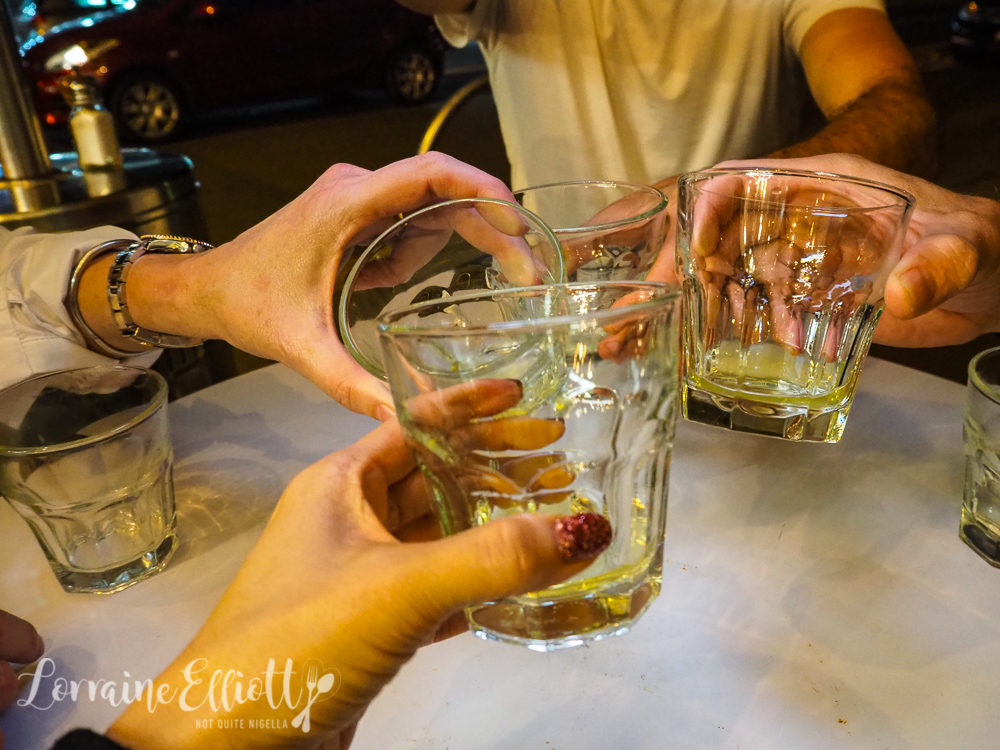 They bring us glasses of limoncello to finish. We're so full and stuffed with oily carbs and nobody is complaining at all. Even when we look up and see the shop signage from the neighbouring store that promises Liposculpture. What a sense of humour!

So tell me Dear Reader, have you ever tried fried pizza? Do you like the idea of baked or fried pizza better?