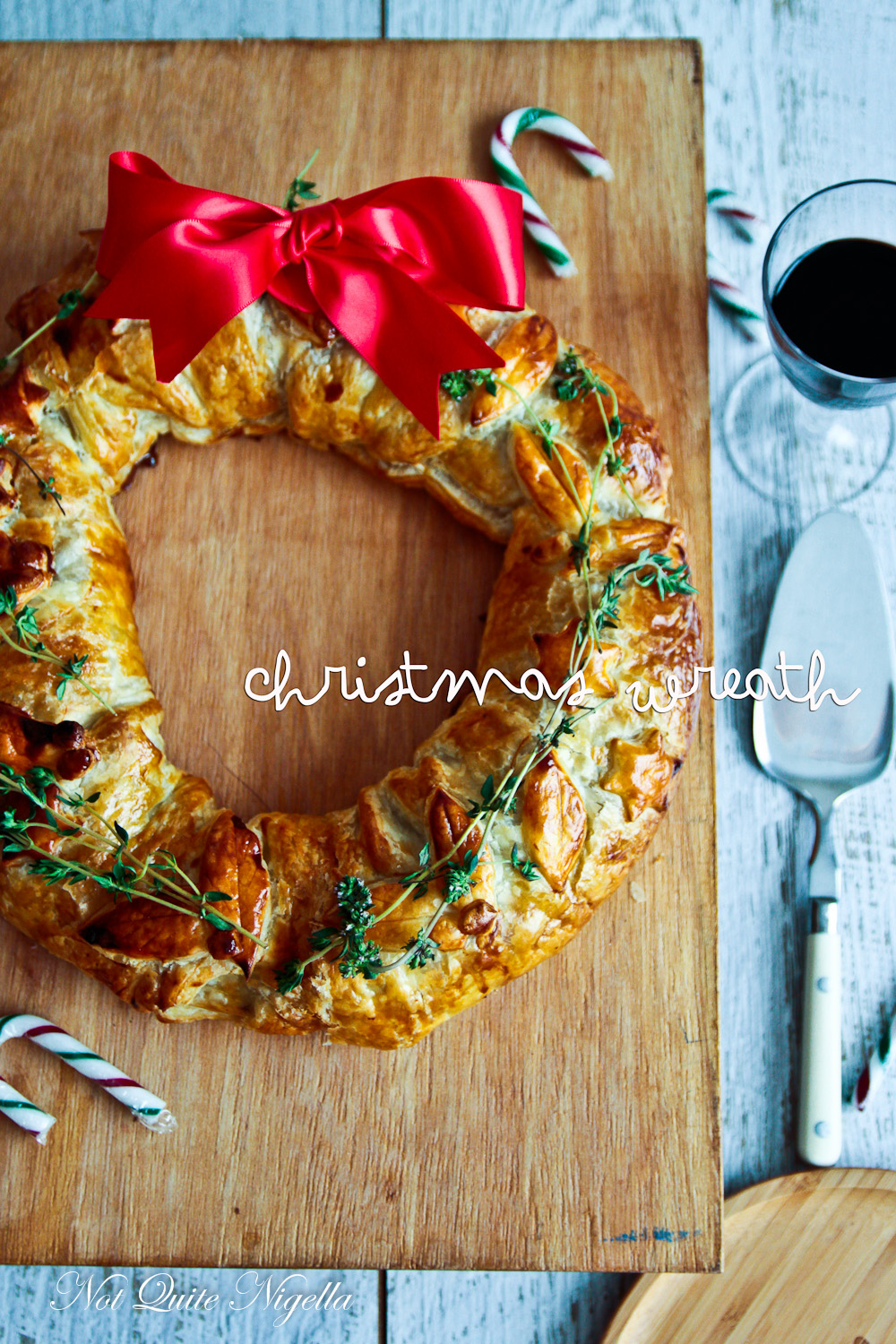 A few weeks ago my sometime vegetarian friend Laura and I were staying at a boutique hotel in Shanghai called the 88 Xintiandi. I love boutique hotels because they're smaller, more unique and this hotel has a fantastic hotel manager called Serge. As we were packing to leave we mentioned to him that there was one thing that we had neglected to do during our time there and that was cruise the aisle of the supermarket to find unusual items. We had been told that there were things in China like cucumber flavoured chips.

"Let me see what I can do" he said and we looked at each other. We were leaving for the airport in just over an hour but before we could contemplate how he could find us the chips, time swept us up and he had already disappeared. 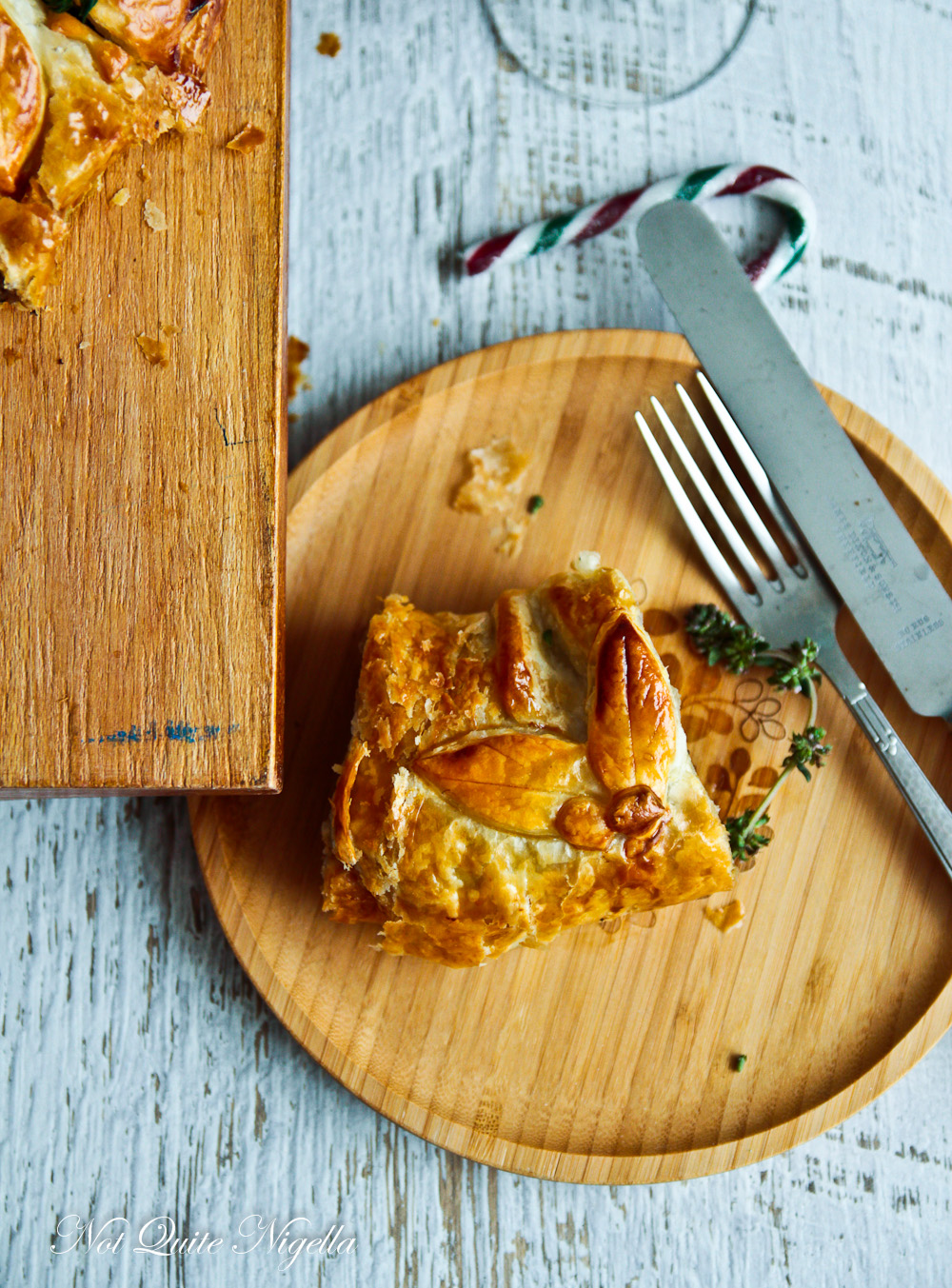 An hour later he brought us eight bags of chips in a fabulous range of flavours. So naturally we had no choice but to try a little mobile chip degustation on the flight home! Like Goldilocks we tried each flavour - some were sweet, some salty, some spicy while some were juuust right. I found my favourite, a spicy hotpot flavour and before I knew it, I had eaten half of the packet while Laura flitted around me repacking a bag.

I looked into the chip packet. They were half gone. "Take these chips away from me. Hide them!" I said to her with a serious urgency. I was on my way to eating the whole bag and I knew that we had dinner coming by at any time. 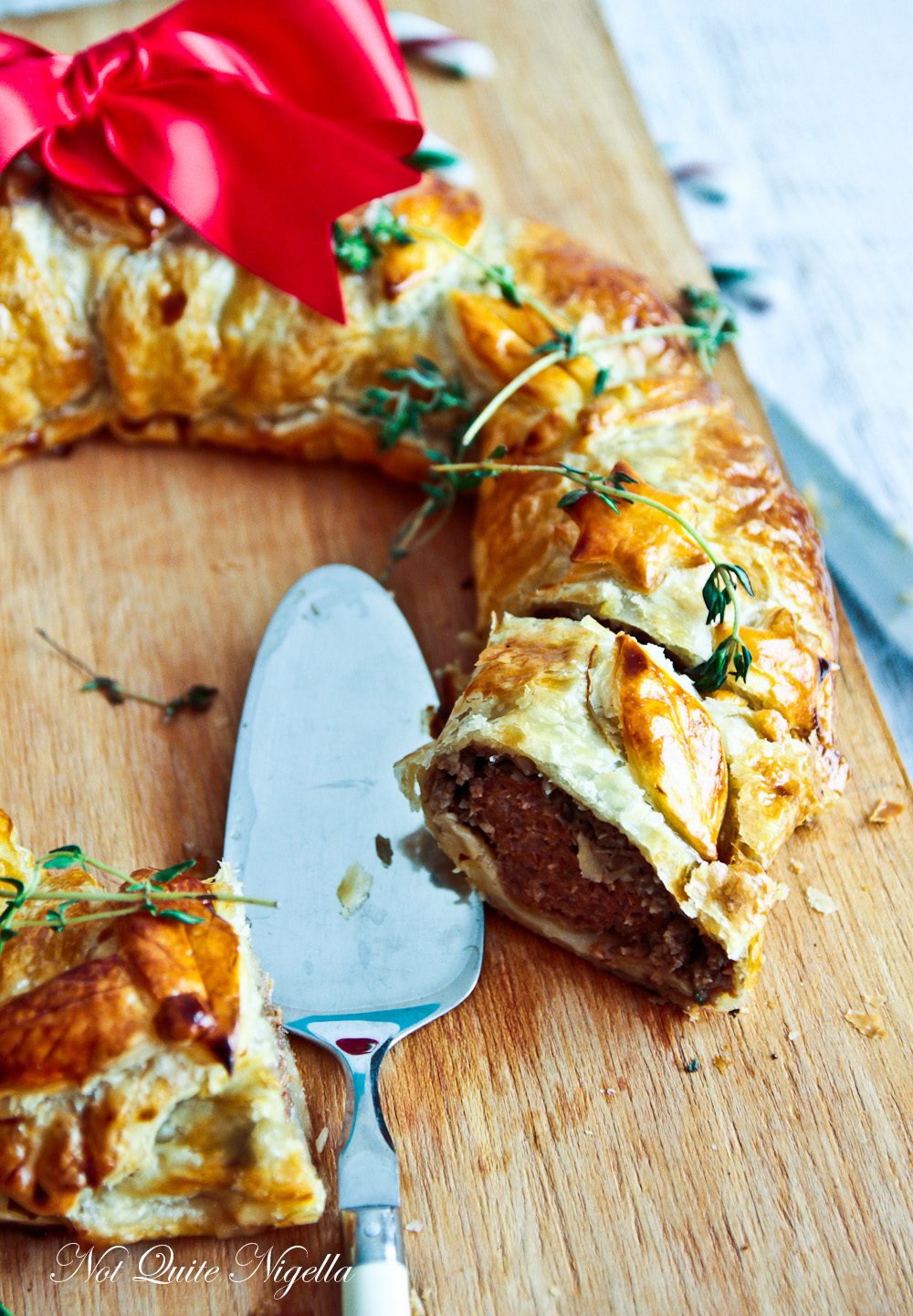 "No. I mean it. Hide them!!" I said with desperate urgency, taking one last chip from the packet. With slightly terrified eyes, she took the bag from me and stashed them far down the back of the overhead locker, where someone as small as me couldn't possibly reach. Mr NQN has to do this every time I eat chips, it's a routine and he hides the packets around our apartment.

Chips aren't the only food that I shouldn't be alone with. Bizarrely, I'm safe around chocolate, chips, cake and most other foods but pastries are dangerously tempting. I love the tempting buttery crunch in a pastry. And this Christmas Beef Wellington was terrifyingly tempting. 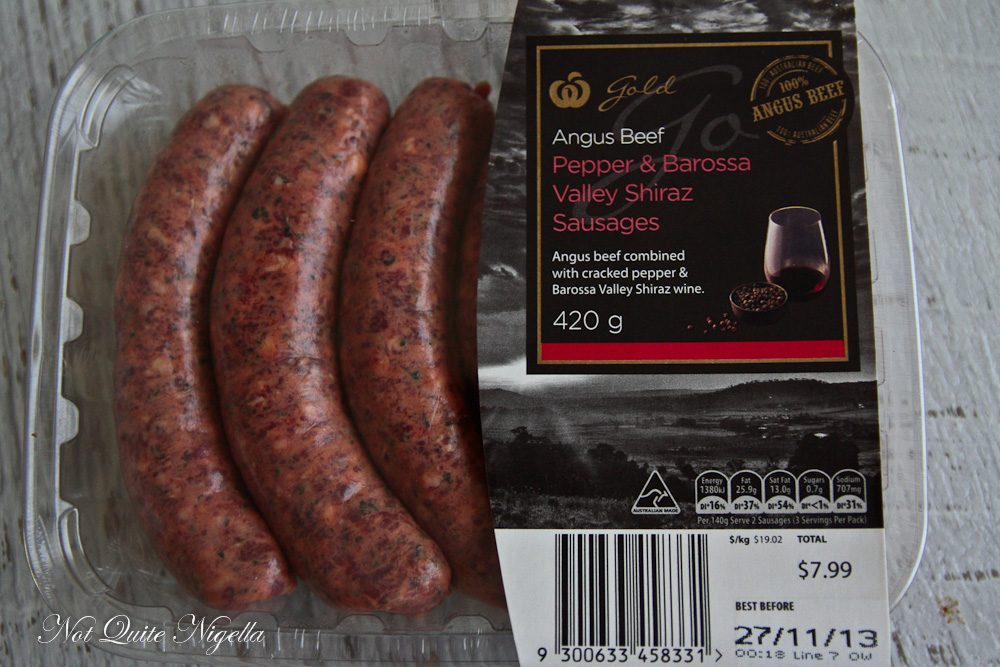 I made these using the new Woolworths Gold sausages. There are several different kinds of sausages and I decided to do a Christmas Beef Wellington using two of the Angus beef sausages. I chose the Angus Beef, Pepper & Barossa Valley Shiraz and the Angus Beef Tasmanian Wasabi Sausages. 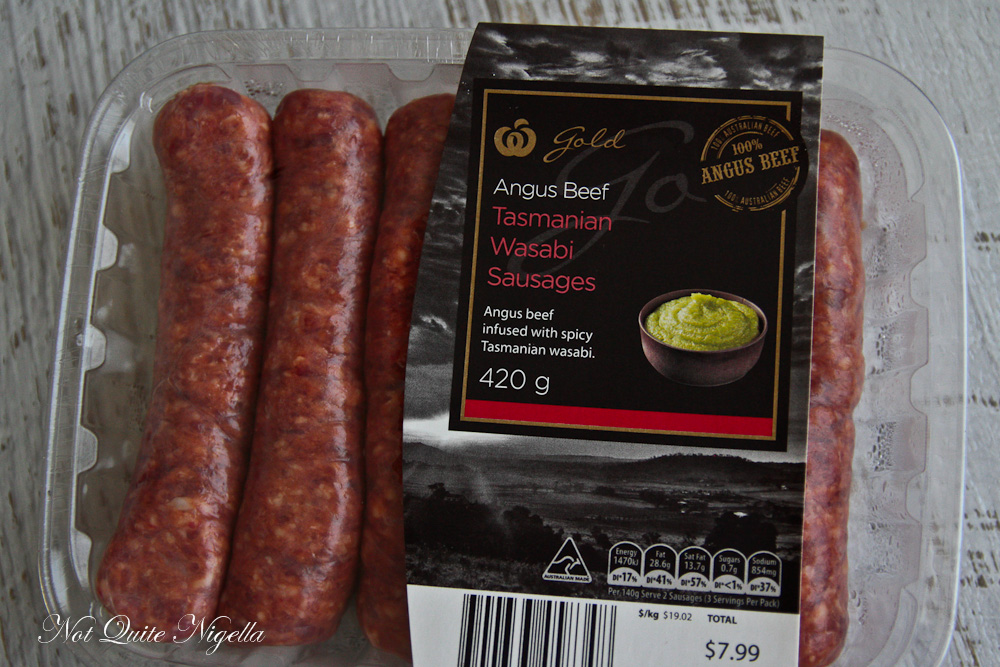 These sausages are fantastic as they're full of meat. The percentage of meat in sausages varies widely and some use a lot of water or breadcrumbs as cheap filler. Some even go down as far as 60% meat. Both of these have 90% Australian Angus beef in them and the texture and taste is noticeable. The texture is less wet and more concentrated and deliver taste in spades.

I wasn't exactly sure if this would work out and I ended up buying quite a few packets in case they wreath burst open or it didn't taste as good as I wanted it to. I didn't have to worry as the wreath was so simple and not much harder than making a sausage roll. I stuffed them with a mushroom duxelle which is just a fancy sounding way of cooking finely chopped mushrooms, butter and herbs down into a paste. A whole wreath feeds plenty of people particularly as part of a feast. Or one hungry, happy husband. Oh and if you grill these sausages by themselves, I'd definitely recommend boiling them in water for 2 minutes before putting them under the grill or on the bbq. They end up so juicy this way!

So tell me Dear Reader, do you ever have to avoid certain foods because you can't resist them? And do you check the amount of meat in sausages? I have ever since watching a documentary about sausages a few years ago. 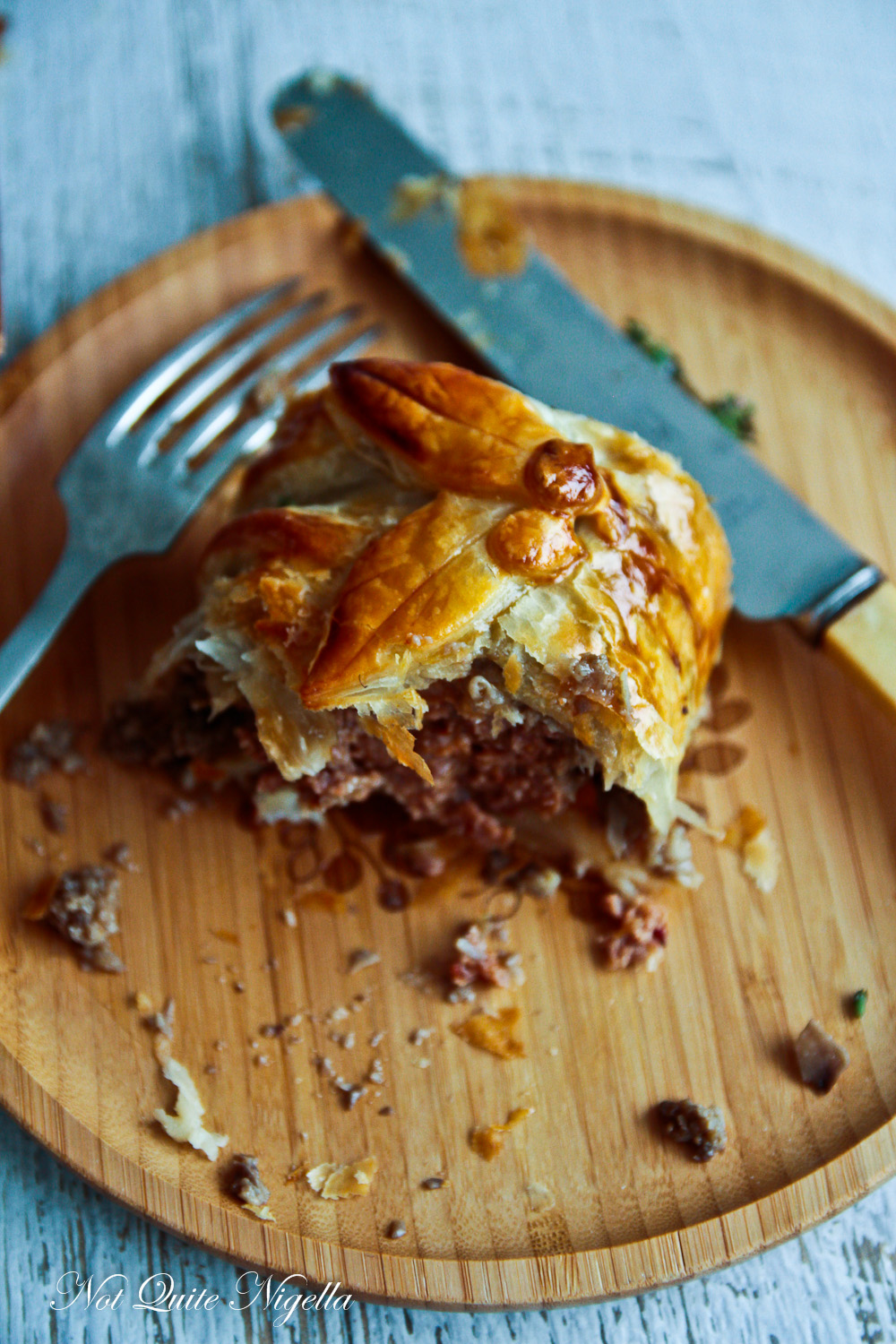 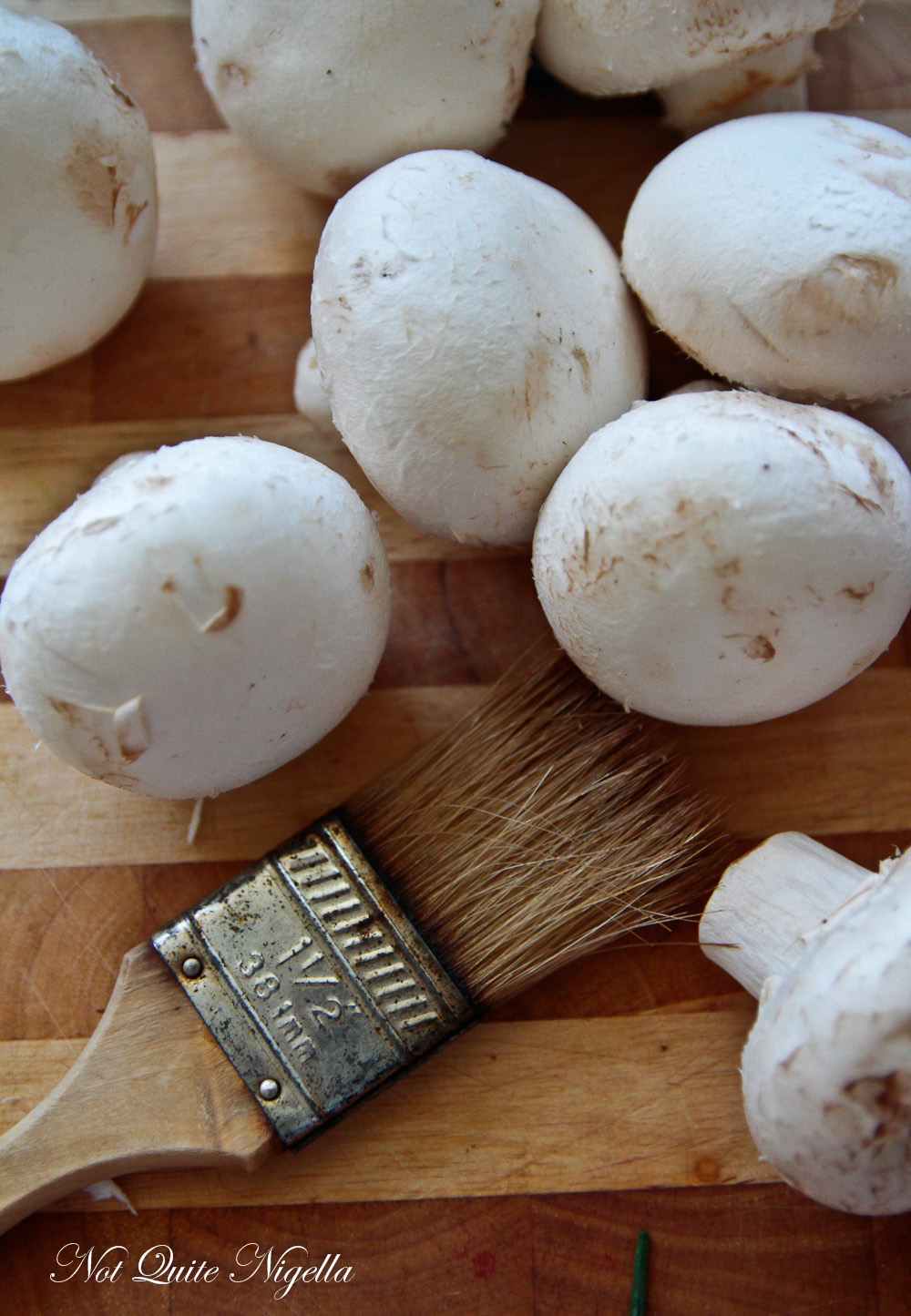 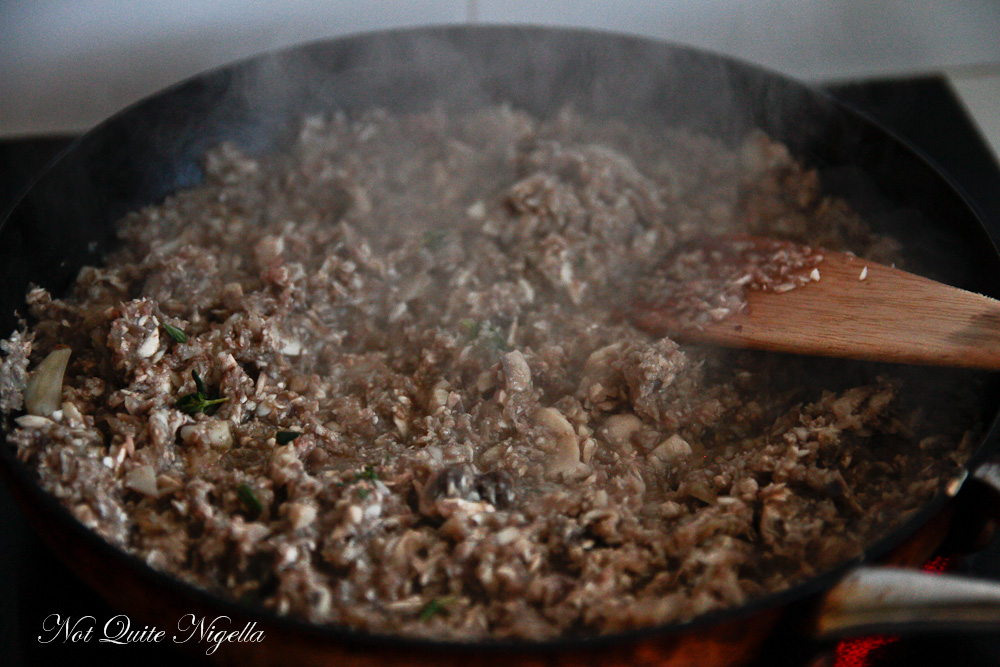 Step 2 - Defrost the sheets of puff pastry and preheat the oven to 220C/428F. Line a large baking tray with parchment. Remove the sausages from their skins. 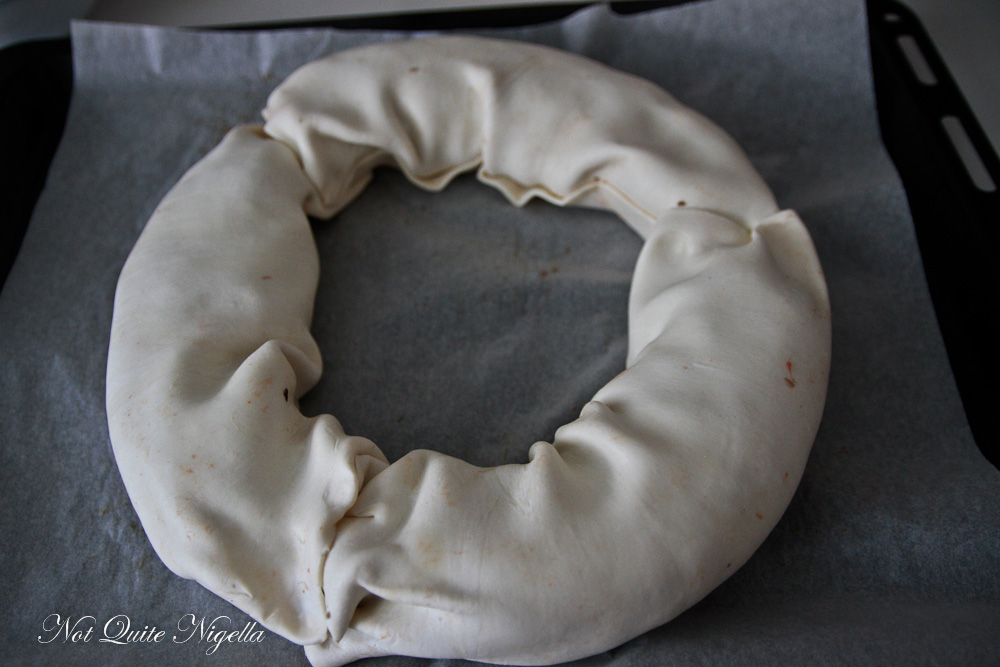 Step 3 - Spread the mushroom paste in the centre of three sheets of puff pastry. Line each sheet with three sausages reshaped into a log and then close it up using the egg wash. Each of the three sheets will make up a third of the wreath. It should be very easy to shape and join each with egg wash. 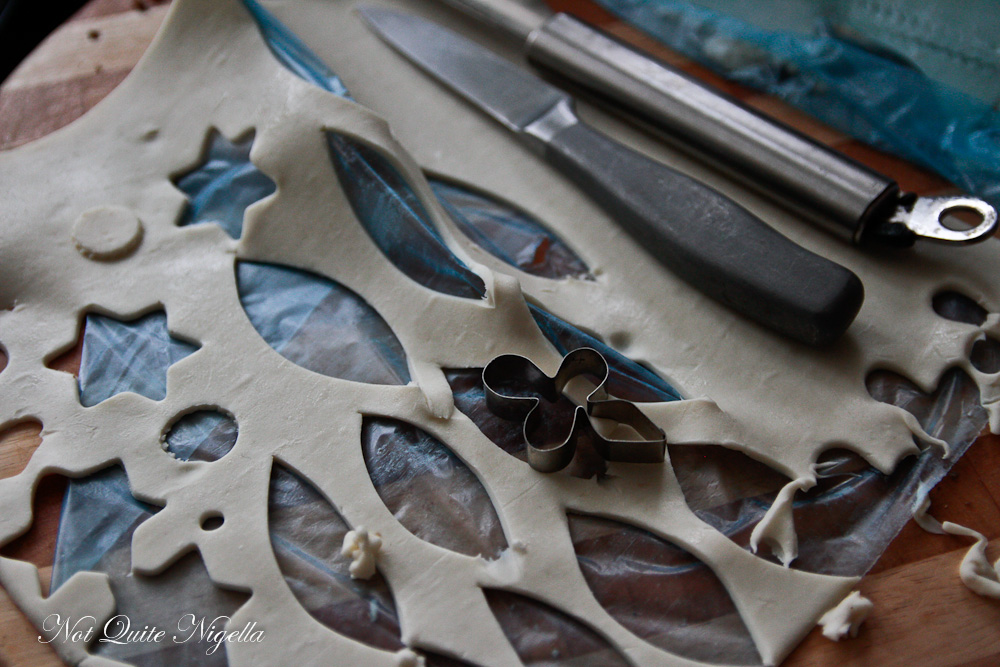 Step 4 - This is optional but with the extra sheet of puff pastry you can make stars, leaves and berries. Or you can lightly slash the top of the pastry or make patterns if that is easier, especially if you want to decorate it with extra thyme. Brush with egg yolk and bake for 30 minutes until golden. 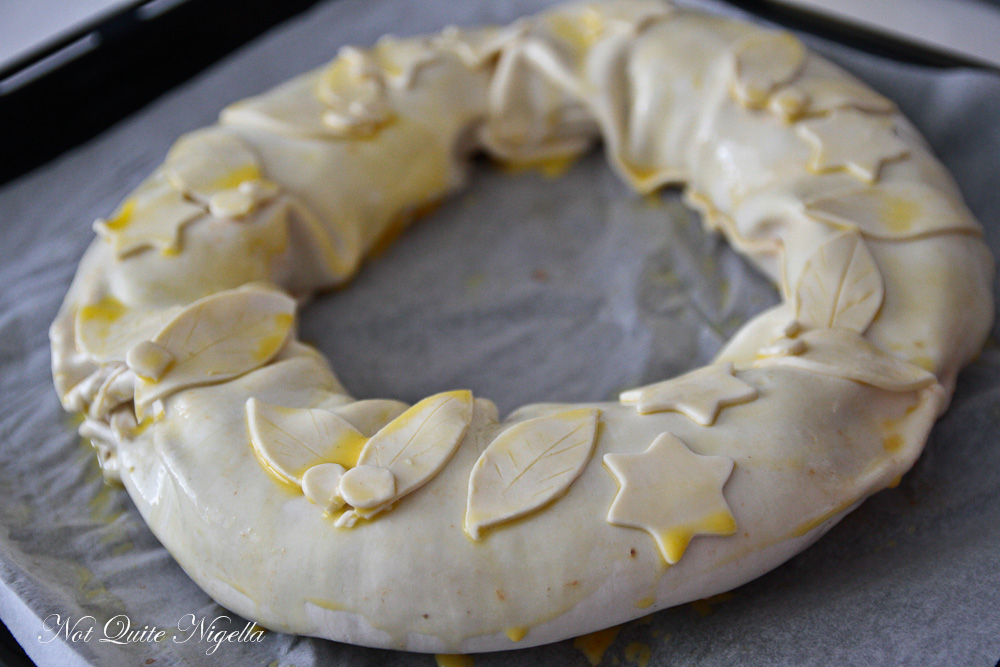