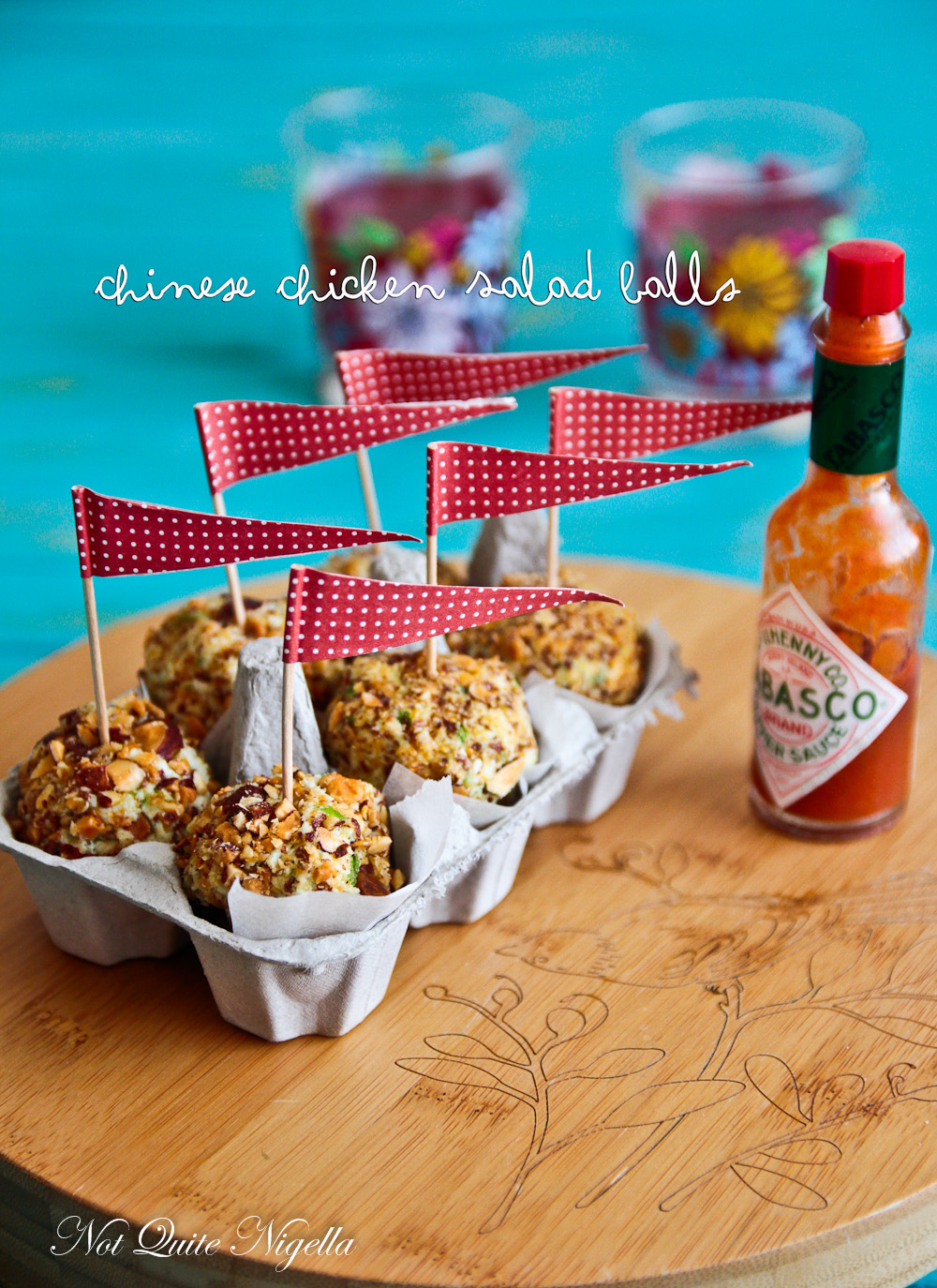 A few weeks ago I caught up with my friend Lisette. We hadn't seen each other in a few months and I asked her how the relationship with her newish boyfriend was going. She had just started dating him when I last caught up with her and she was not entirely sure as there were some differences that could possibly hinder their relationship.

"He did something ... err very strange when we went away" she began. Even the people sitting next to us in the cafe leaned forward eager to hear more. She explained that they had gone away to a very beautiful, luxury, all-inclusive lodge. When they drove there she didn't think much of the excessively heavy luggage that he had brought along but when it came to unpacking, her jaw dropped open.

"He had packed so much food including a dozen eggs and a gigantic tub of yogurt" she said. "But that's not the strangest bit, he also brought along plates, a kettle and cutlery!". Lisette tried to explain to him that they wouldn't need it because they were in a hotel but he simply became defensive in return.

I asked if it was his first time ever travelling but she said that he travelled quite often for business and stayed in good business hotels which made the Bring Your Own or BYO plates and cutlery even more befuddling. "He's quite frugal" she said by way of explanation. Over the course of the weekend, he had actually cooked the eggs by pouring boiling water over the shells several times (I did I wonder if he was going to fry them on an iron). 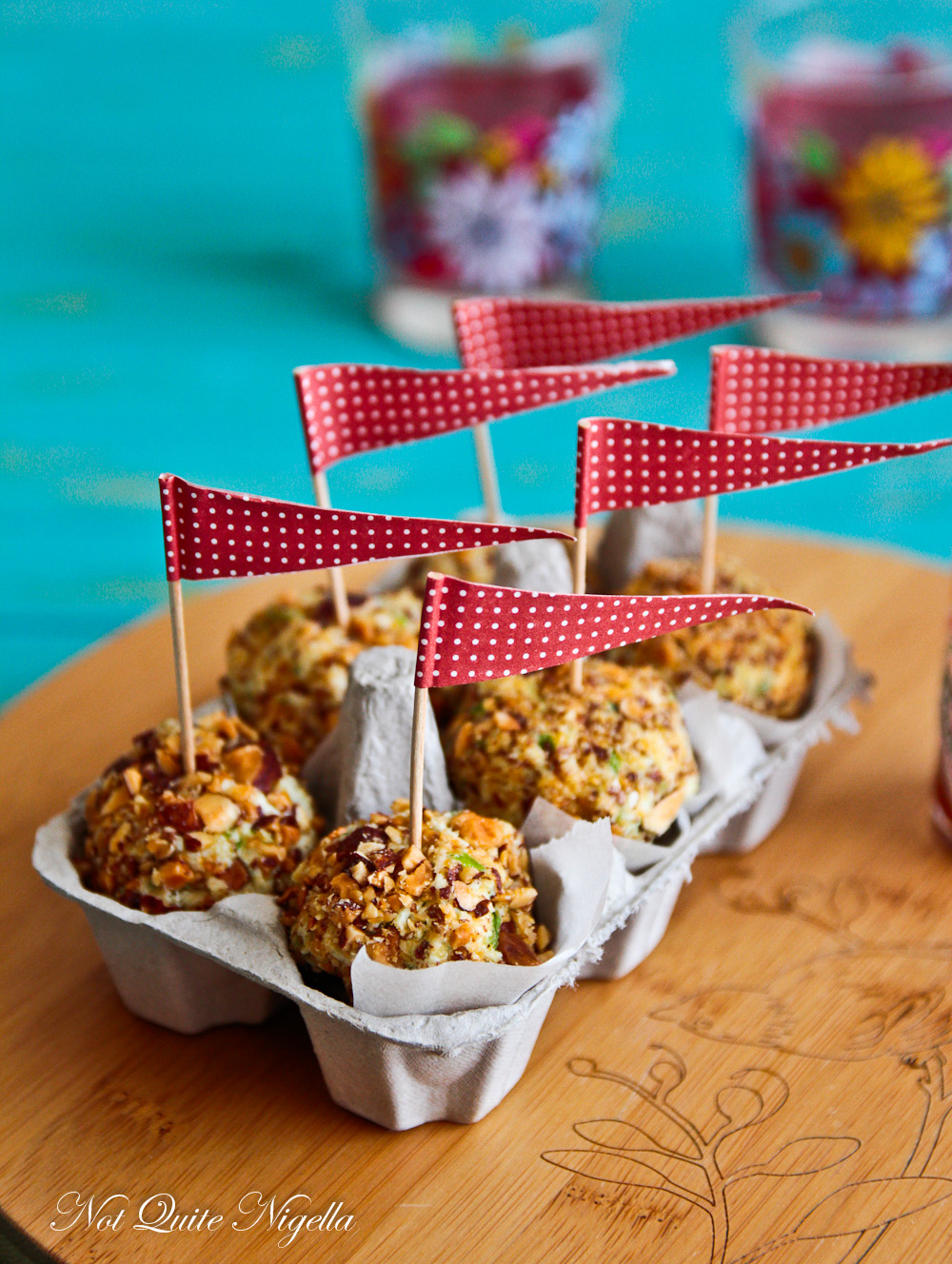 Whilst I've never BYO'd cutlery, plates or eggs to a hotel, I have been taught from a very young age to never waste food . And if you've got lots of leftovers from Christmas and want to do something with the turkey, chicken, duck or ham, then this are a great idea. I found these on Kristi's lovely blog Inspiration Kitchen and adapted them to suit what I had in the fridge and pantry.

These are flavour packed little balls of deliciousness. I loved how the almonds added crunch to these balls yet there was no cooking involved and the whole thing took about 10 minutes to make using leftovers. They're extraordinarily versatile and I even used a little wedge of blue cheese that I had leftover from a salad. And they're great for serving at a party because you don't need to bring your own plate, kettle or cutlery to eat them! ;)

So tell me Dear Reader, what do you always pack with you when you go away? And is there anything that you bring with you while travelling that might seem odd?

Step 1 - I do this entirely in a food processor to make it as easy as possible. I start with processing the smoked almonds finely. Place in a bowl for later. 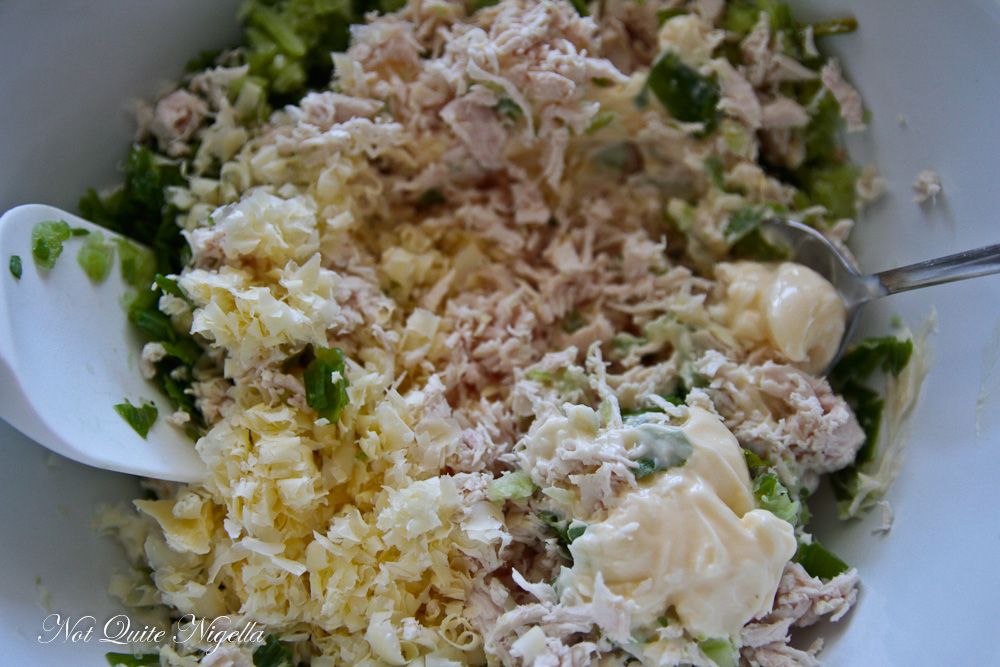 Step 2 - Place the rest of the ingredients in the food processor and pulse until well combined. Line a tray with parchment. Take a spoon and make walnut sized balls with your hands. Roll them in the chopped almonds and place on parchment. Cover and refrigerate until serving. These can be made six hours ahead of time and stored in the fridge. 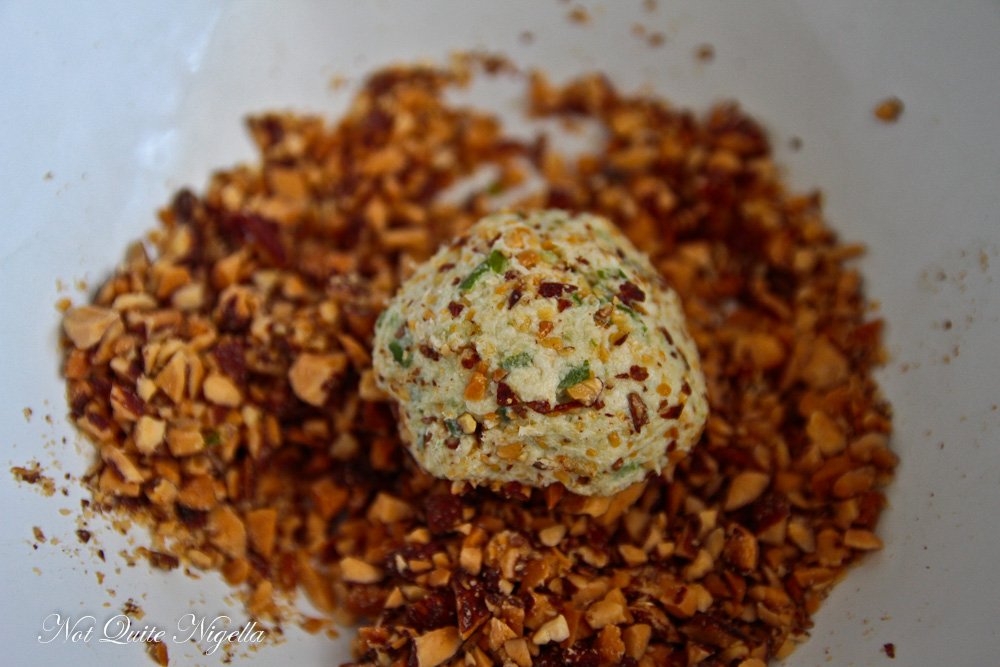 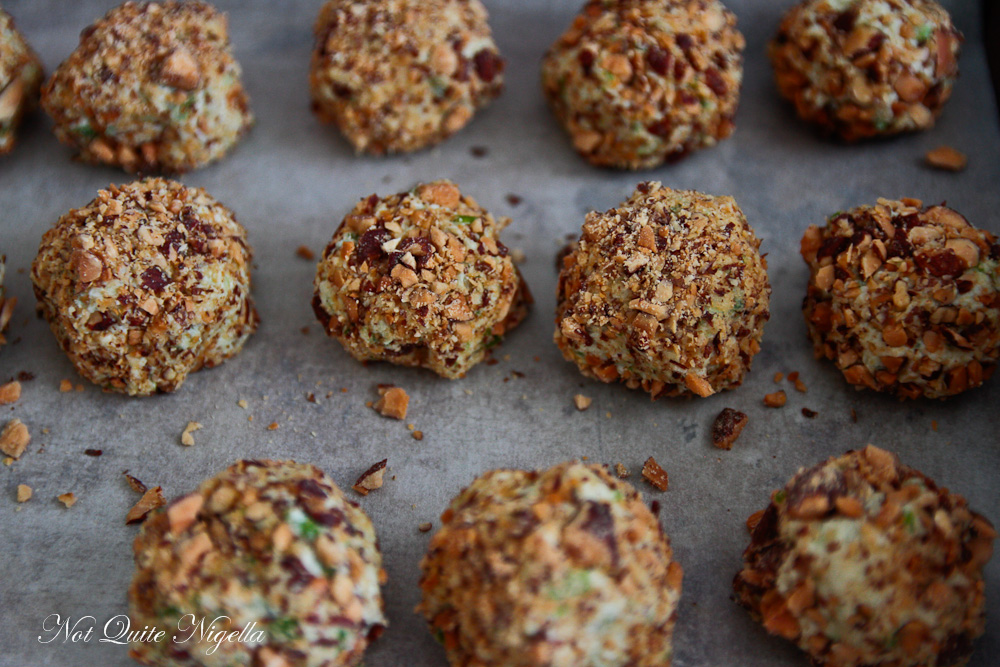