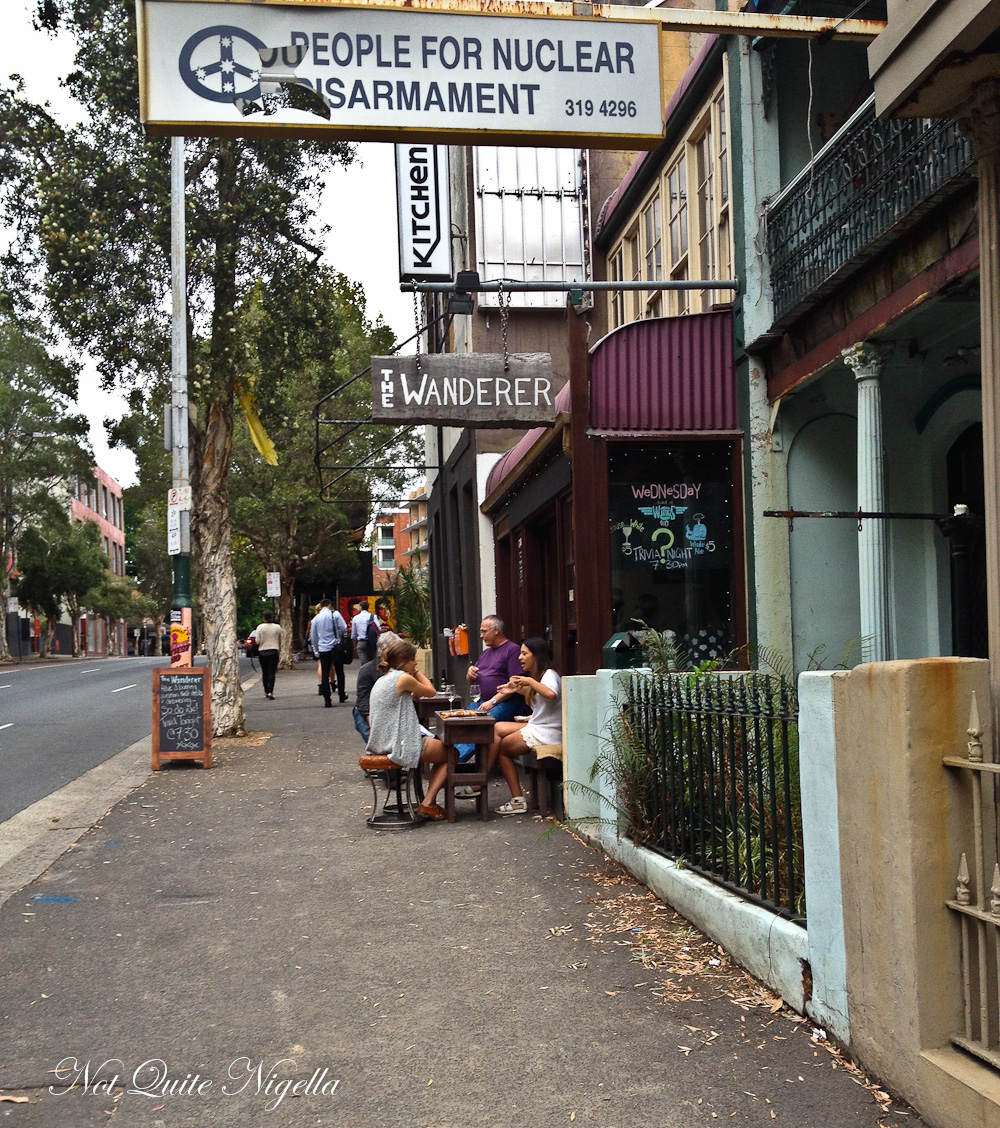 Sometimes you stumble upon a quirky and charming place. It may be tiny, a little bit disorganised, it may be have three menus that don't match but it may end up being one of those nights that you think back to and say "That was fun." 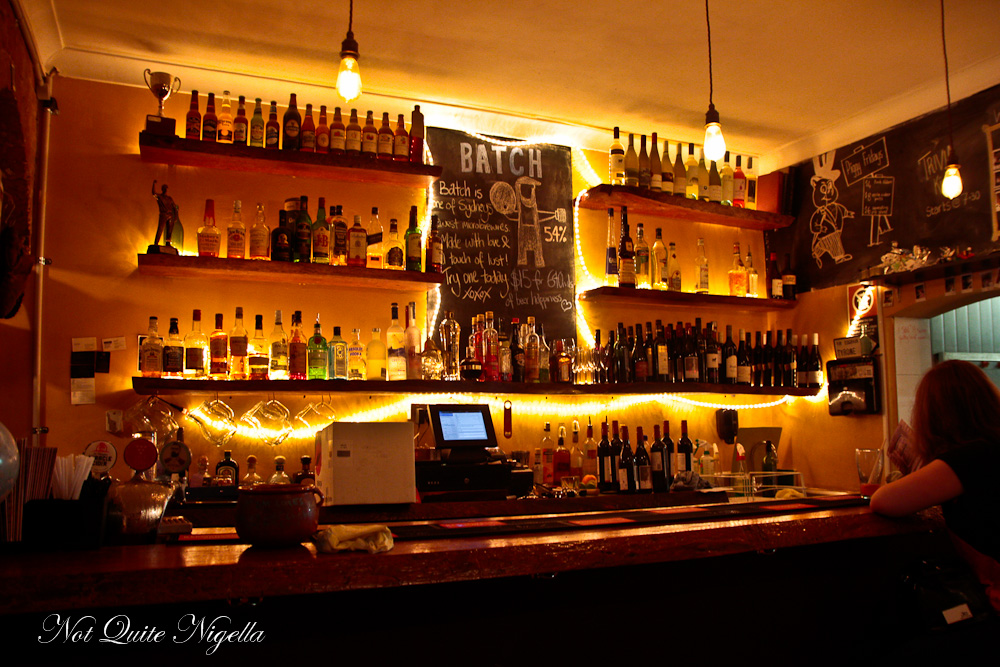 Perhaps that's how the first Wanderer came across the bar of the same name in Surry Hills, located where El Bulli used to sit. It's a joke come to life with the joining of three people: a Welshman, an Irishman and an American who opened up the bar. Things at The Wanderer are casual but it's also friendly and hospitable. We're not sure which menu to use - there's one on their website, one current one and a future one. 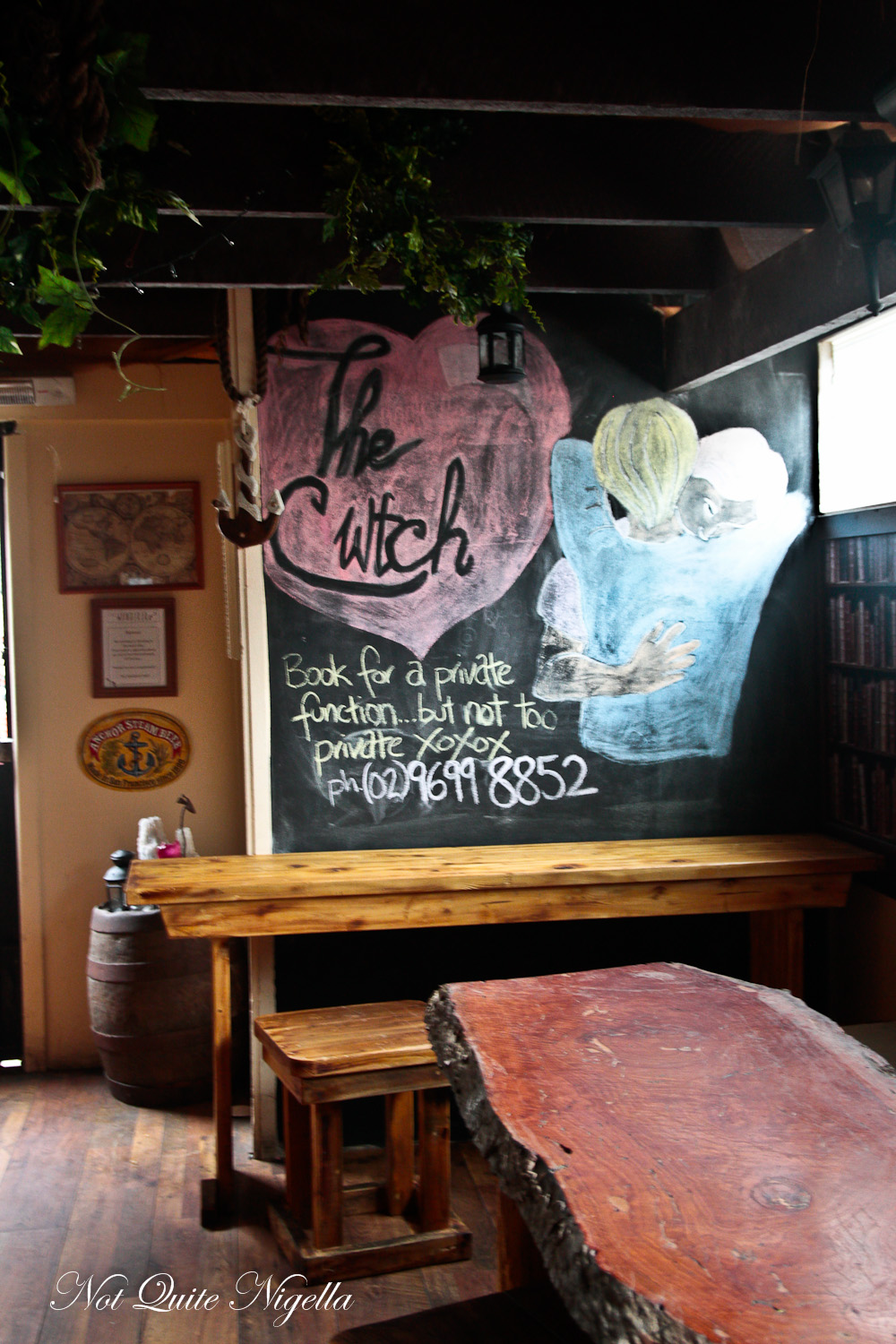 It turns out that tonight is trivia night but friends Gina, Teena and me have much to catch up on and it is Gina's birthday. She originally wanted to visit the Wanderer because of the "Cider and Slider" nights advertised on their website but it seems that that is no longer. It's now Wings, Wine & Whale Ale night. 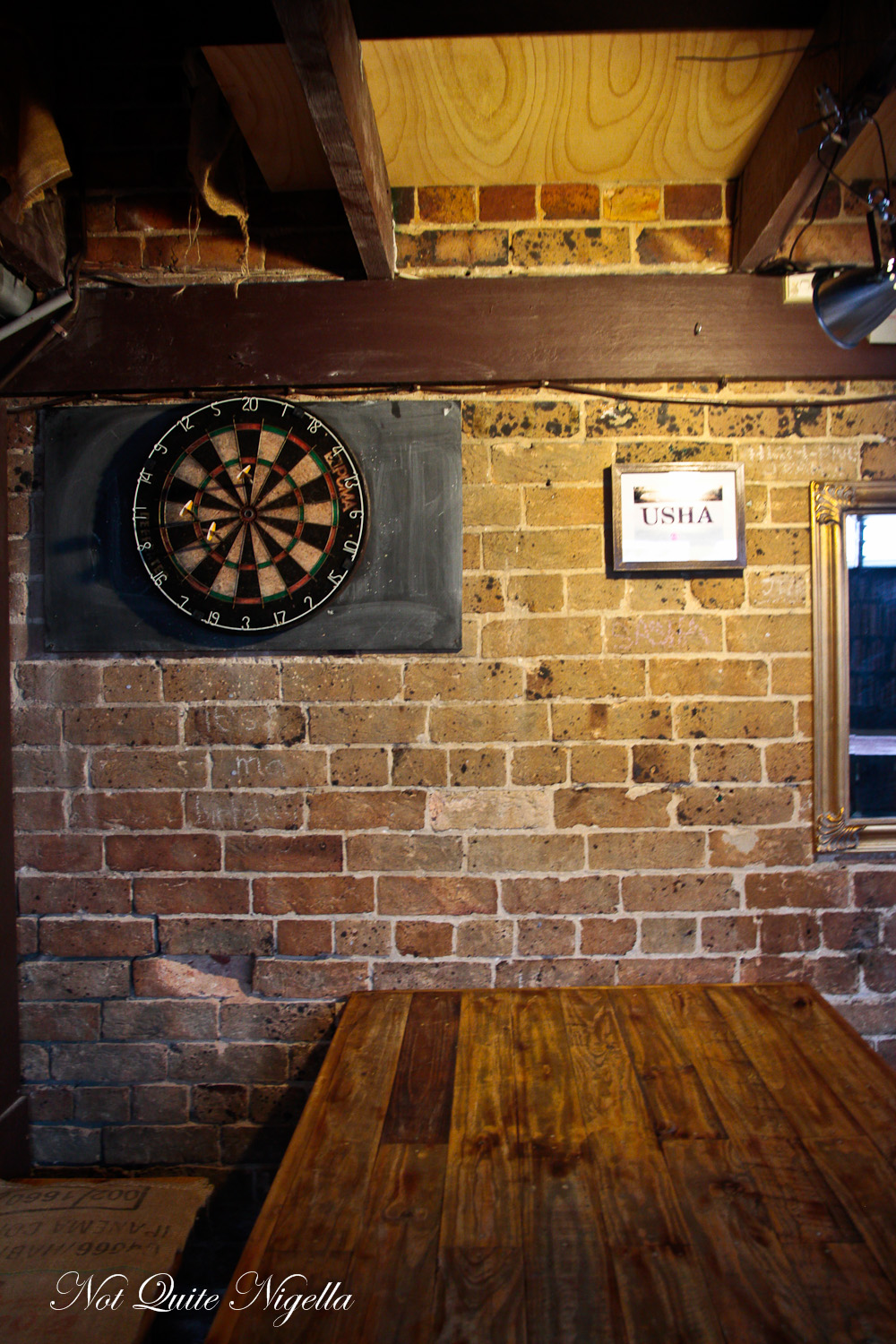 The waft from the cigarette smokers outside comes into the front section so we pass the Polaroids on the wall, the sign for free Hi 5's and the "No Nickleback" jukebox and make our way down to the back room which can apparently be booked for free while listening to the faint almost apologetic tones of an Englishman reading out the trivia questions in the front section. 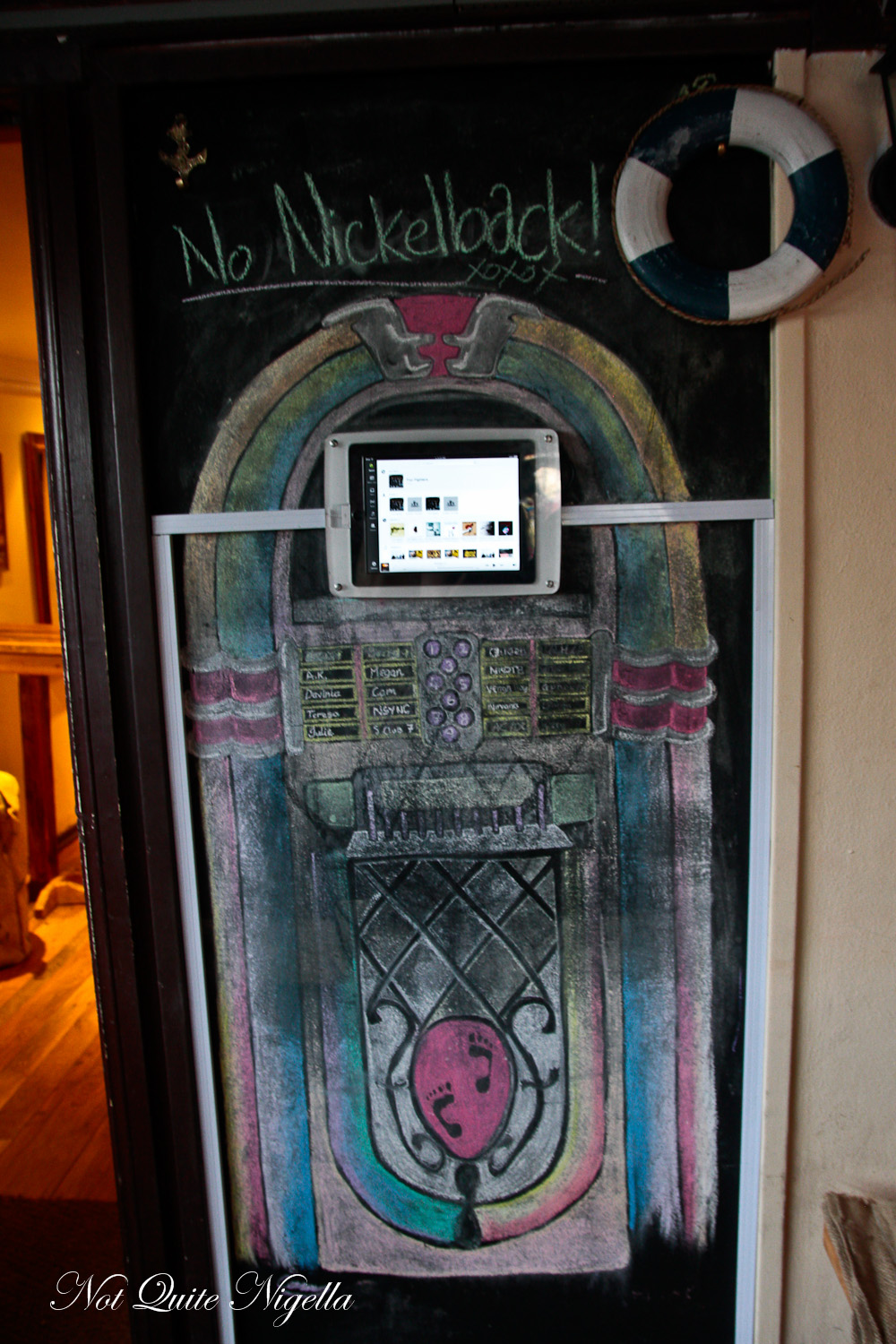 We take a look at the menus. The "Moonshine" menu features house spiced rum and house infused vodka. Drinks come in various sizes including "crock pot" size. Curious to see whether it is a crock pot we ask. Alas not (although that would be interesting!) it's a jug instead. Ordering is done at the bar and because we are operating using one of the menus, not everything is available. 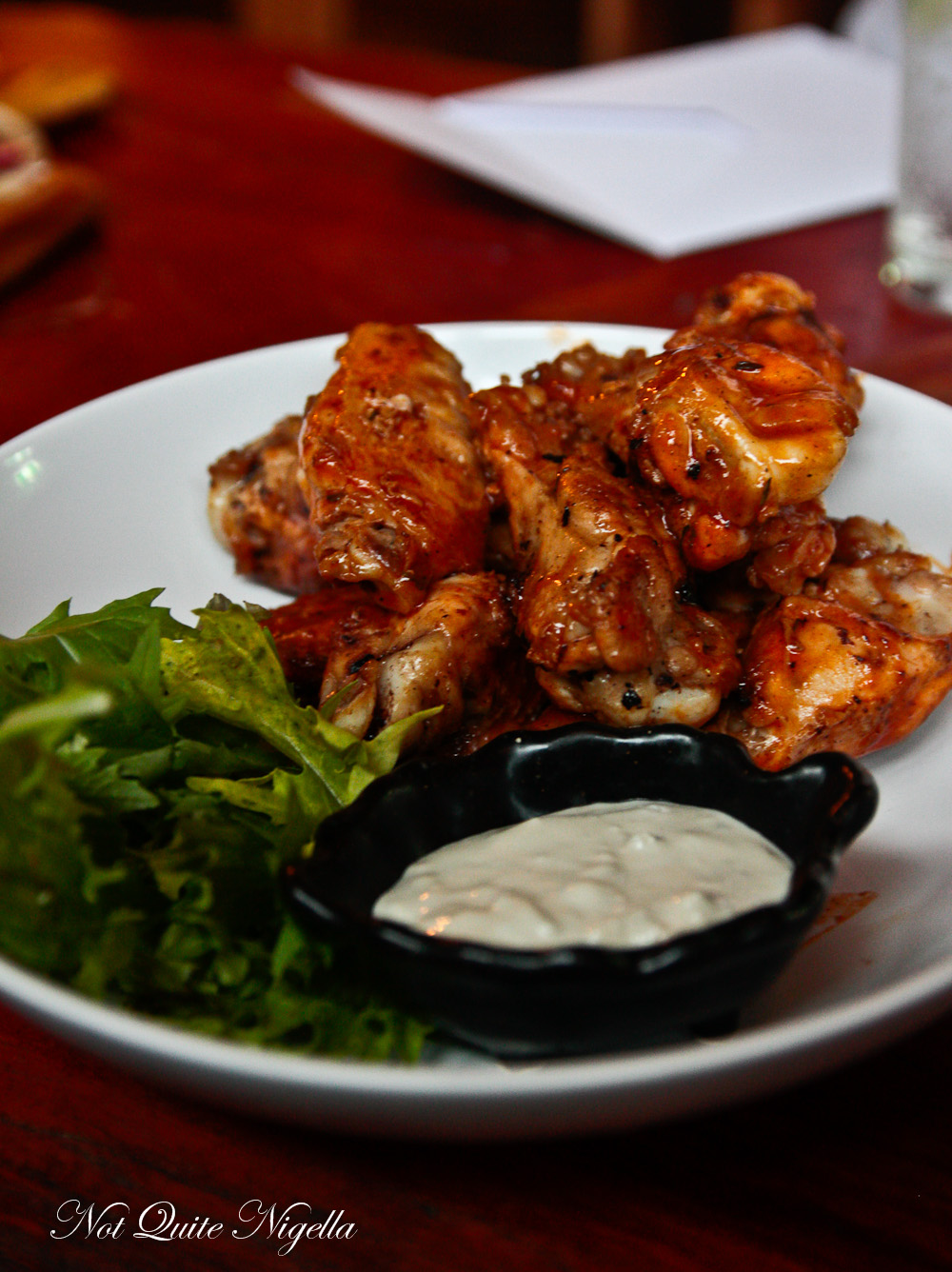 As it is Wednesday night the hot wings are $10 instead of $16. Gina is a wing aficionado and she makes these often at home so she holds strong opinions on wings. They're hot, vinegary and enormous sized with an excellent blue cheese dipping sauce that Gina really likes. 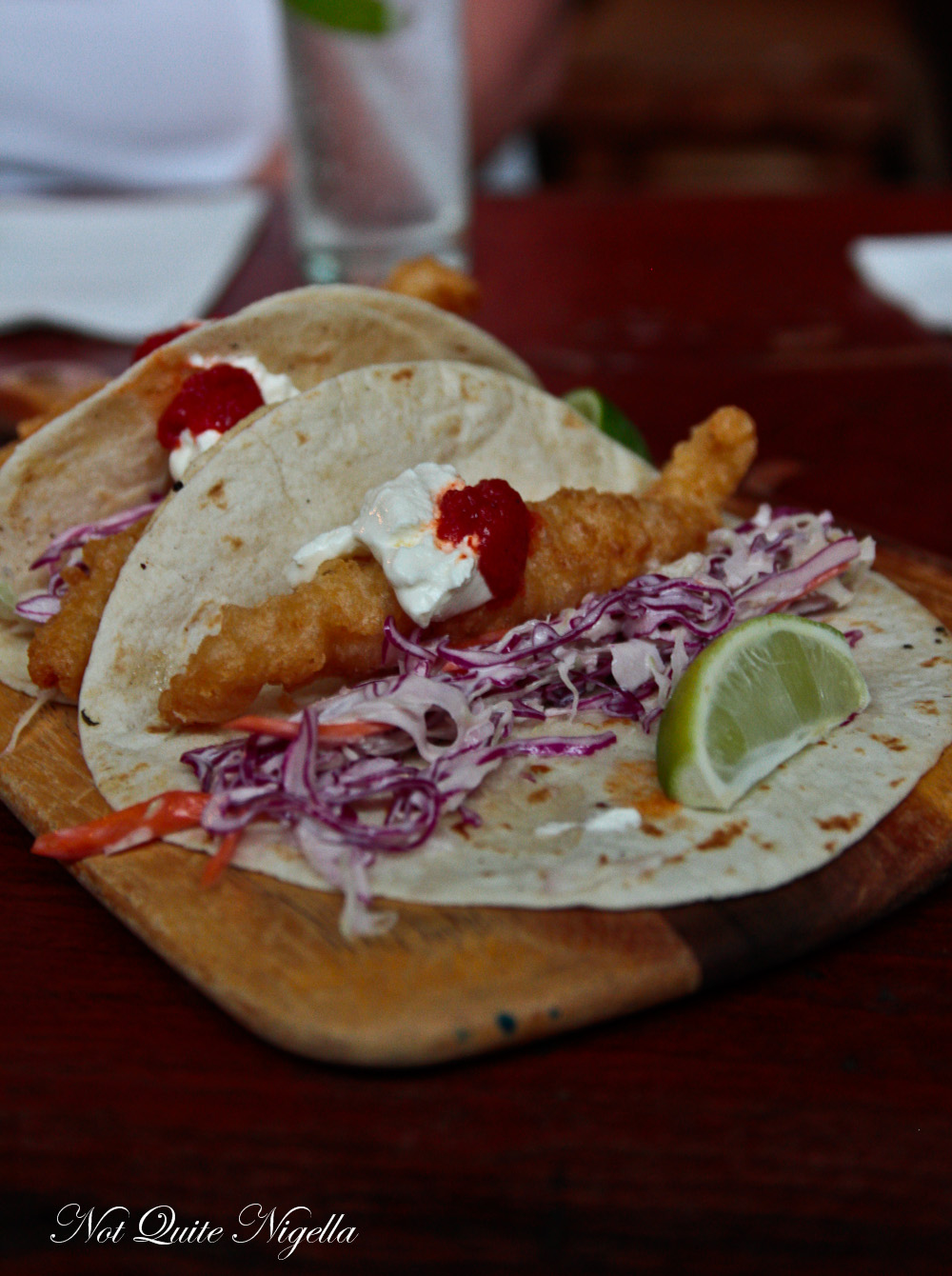 Fish tacos are everywhere nowadays with varying degrees of taste and success. These are definitely one of the better ones and they're my pick of the menu with golden battered crispy beer battered sea bream on a soft, tortilla with white slaw, sour cream, pico de gallo and a wedge of lime. 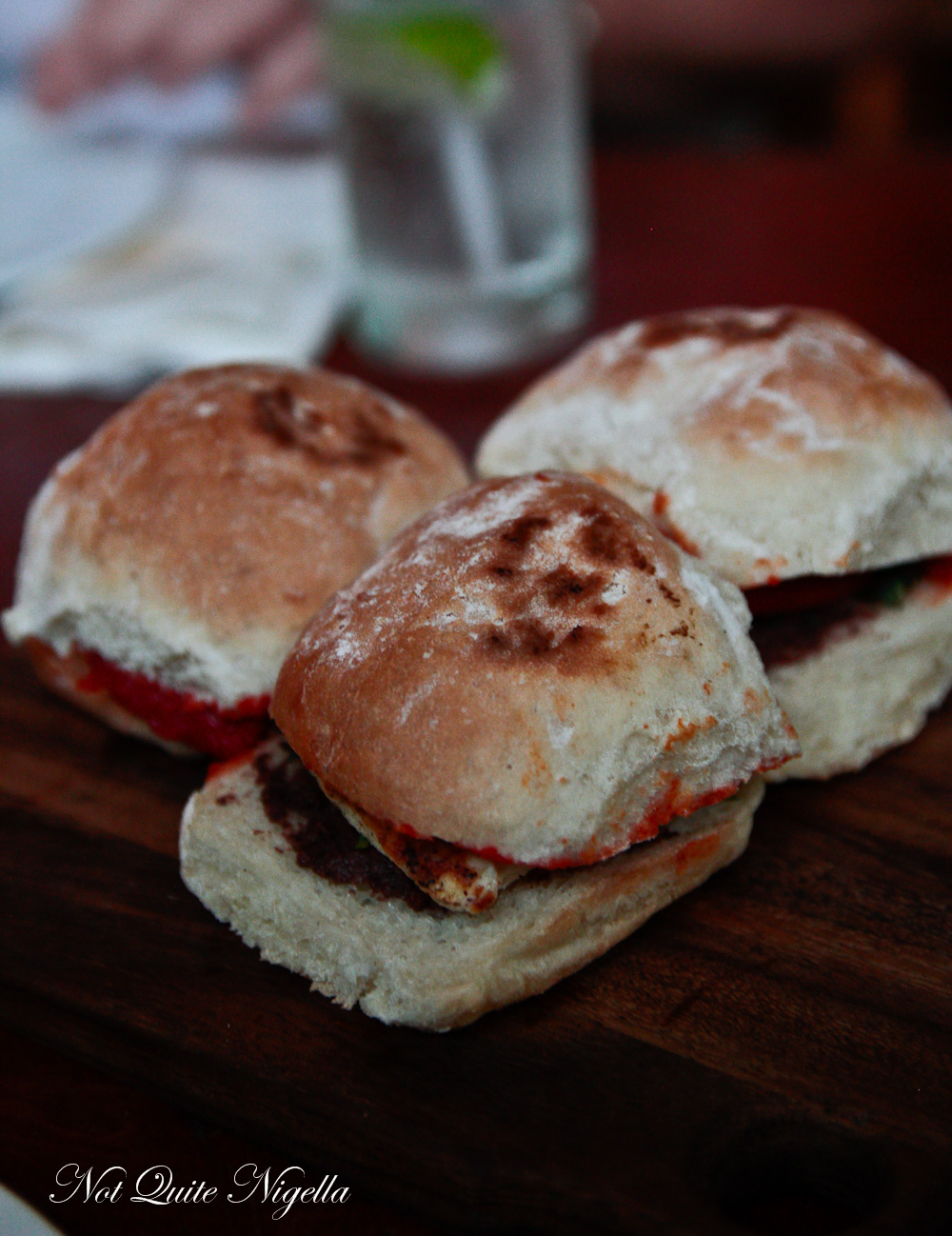 "I baked these buns myself" says the Australian. The buns are really nice and light but I just wish that there was more halloumi with it as I love a thick slice of pan fried halloumi. There's a sweet basil and pimento salsa and a spread of olive tapenade too. When he comes to collect the plates he notices that I've left the top of the bun. "Didn't you like the bun?" he asks, playing mock hurt (I think). I tell him that I like a bit more halloumi to bun and he says "You should have just asked for more." Fair point I guess! 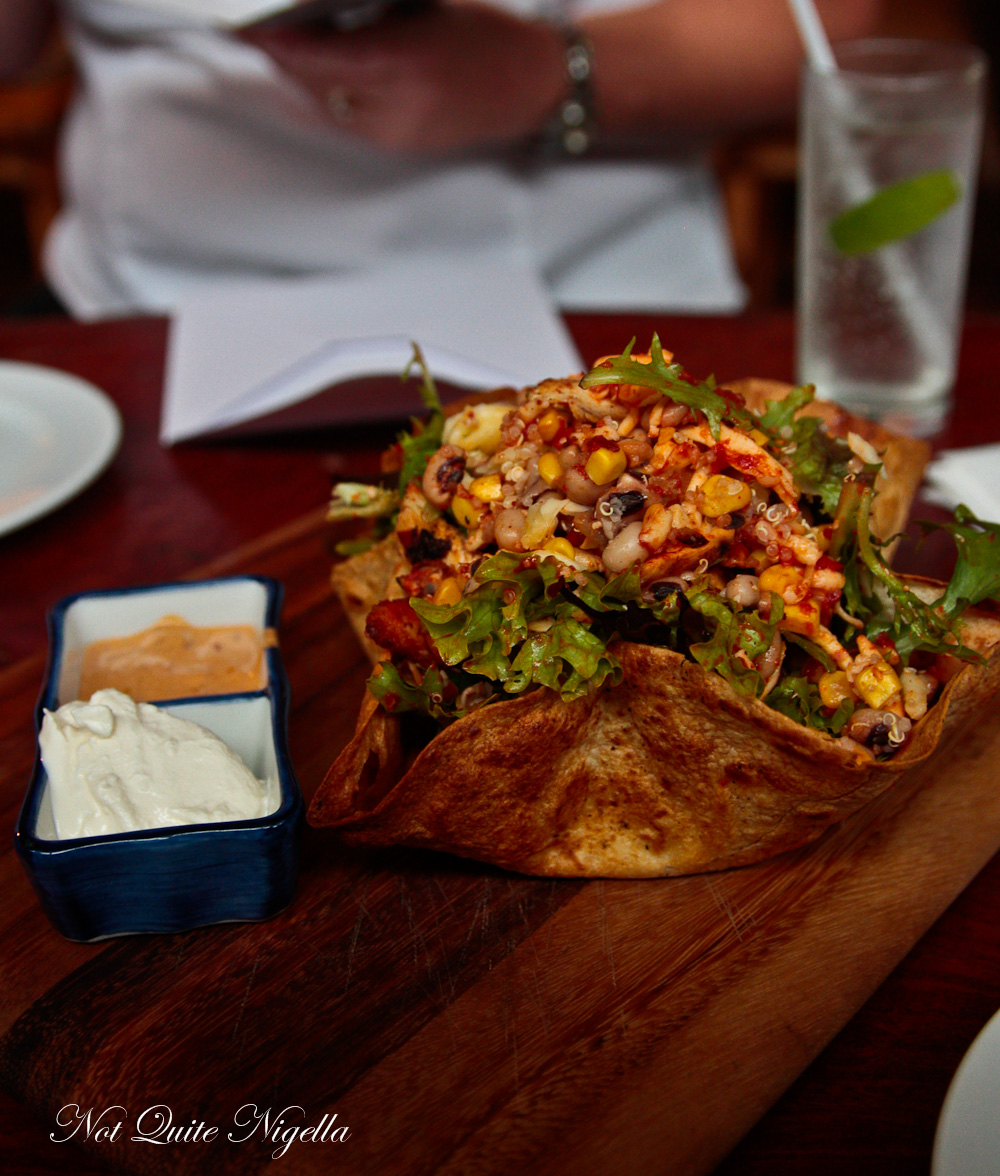 The big salad comes with a choice of either soft shell crab, pulled pork or chipotle chicken and we chose the latter as Gina doesn't eat crab. It's an enormous serve filled with black eyed peas, corn, quinoa, fresco cheese, guacamole, salad leaves, tomato and pimento salsa and seasoned chipotle chicken breast. It comes with a small serve of sour cream and thousand island dressing in a large flour tortilla bowl which is crispy and can also be eaten. Between the three of us very little of this goes back to the kitchen. 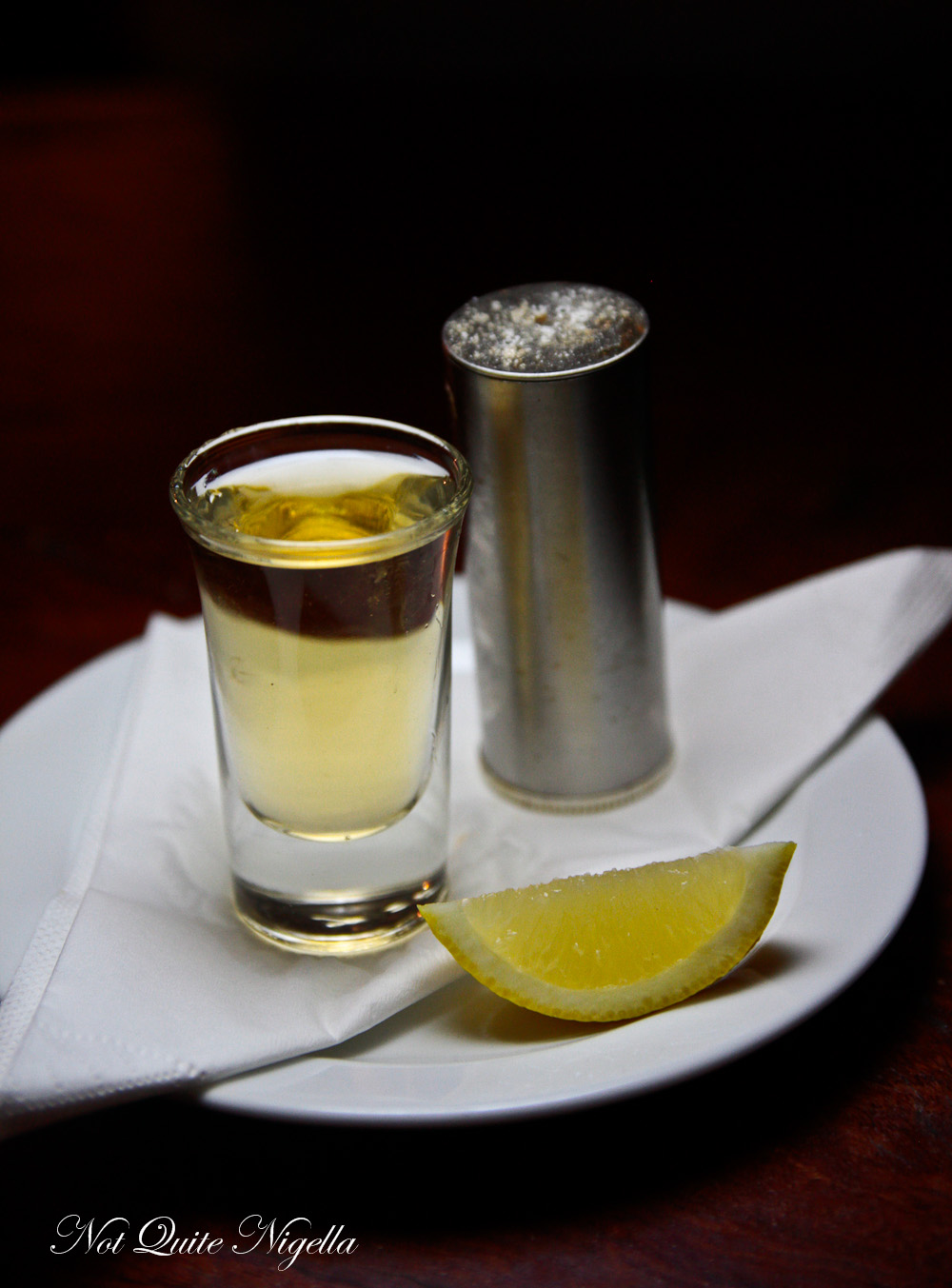 "Is it your birthday?" The Australian asks Gina seeing her opening her card and present. "Yes it is" she answers. "Well do you drink tequila?" he says and before long Gina has a complimentary shot of tequila, salt and lemon. And despite the fact that we've stopped eating and drinking, they ask if we'd like water or anything else which is nice and we don't feel like we have to leave. 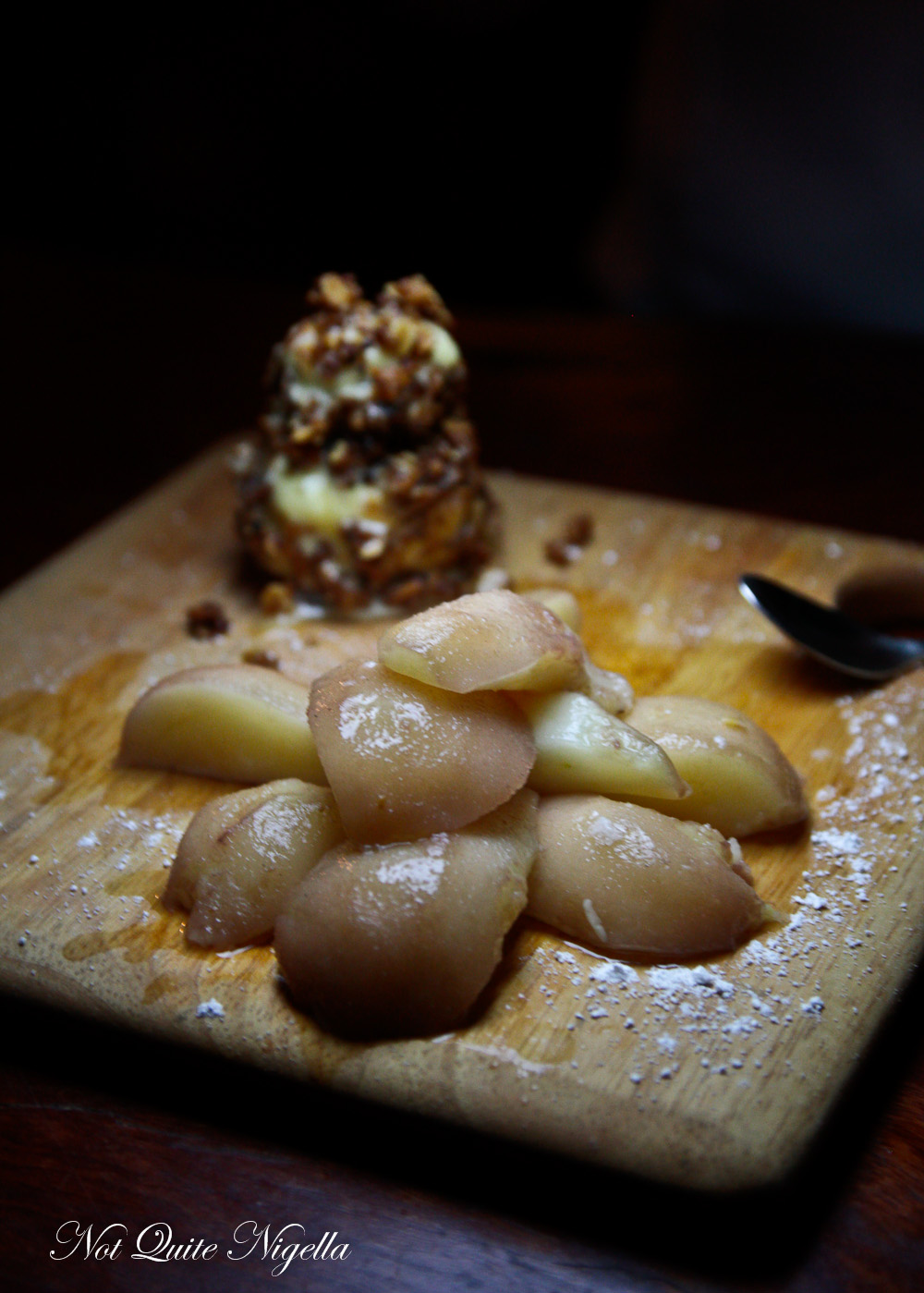 We inquire about dessert and alas there is no dessert although there are two on the menu. But they're not giving up and they offer to put something together for us. It's poached pears with passionfruit sorbet and a delicious crumble on top. "The passionfruit sorbet is from across the road" they tell us and we appreciate the effort that they've gone to as they didn't have to do this.

So tell me Dear Reader, are you good at trivia? Do you ever go to pub trivia nights? 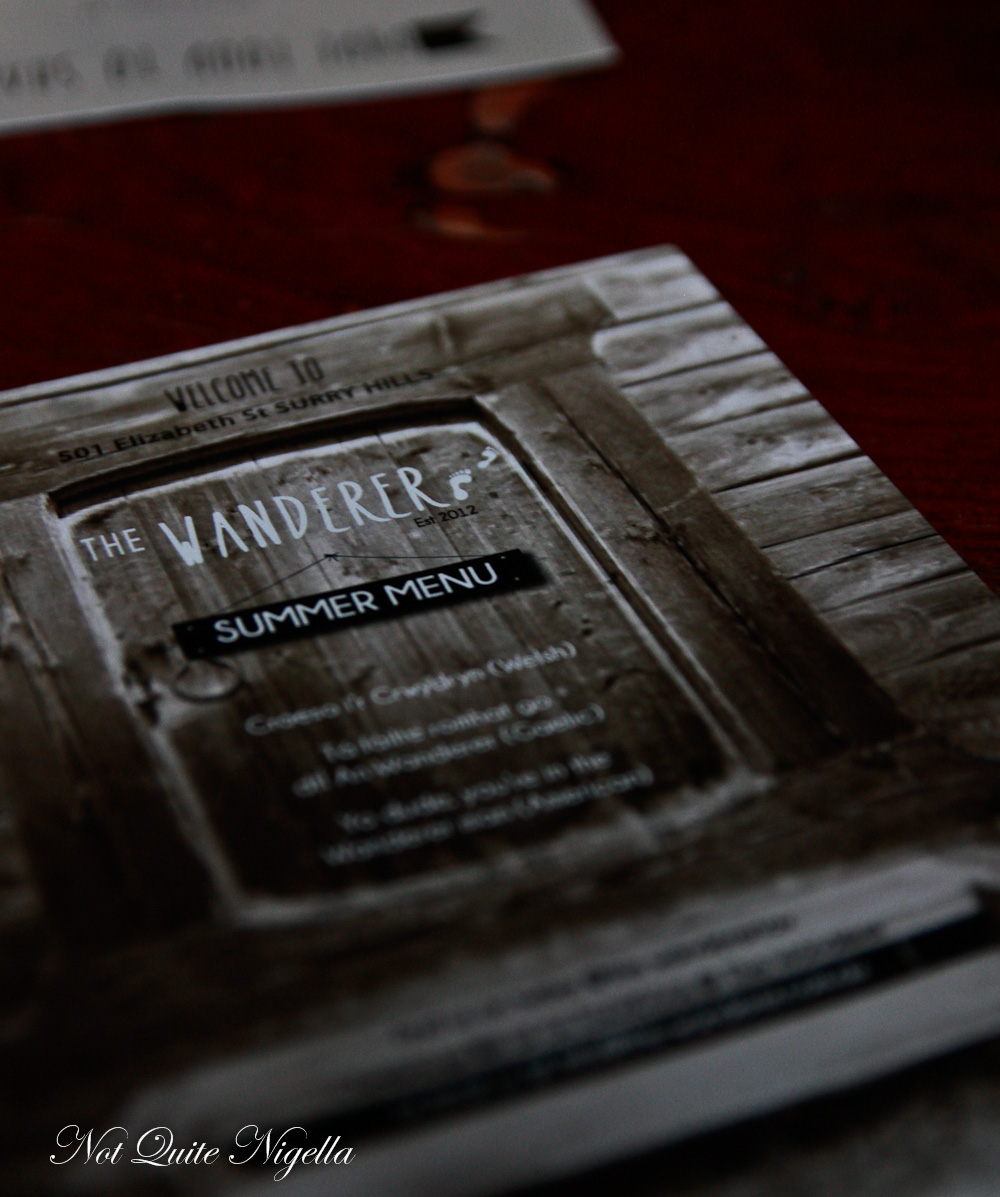 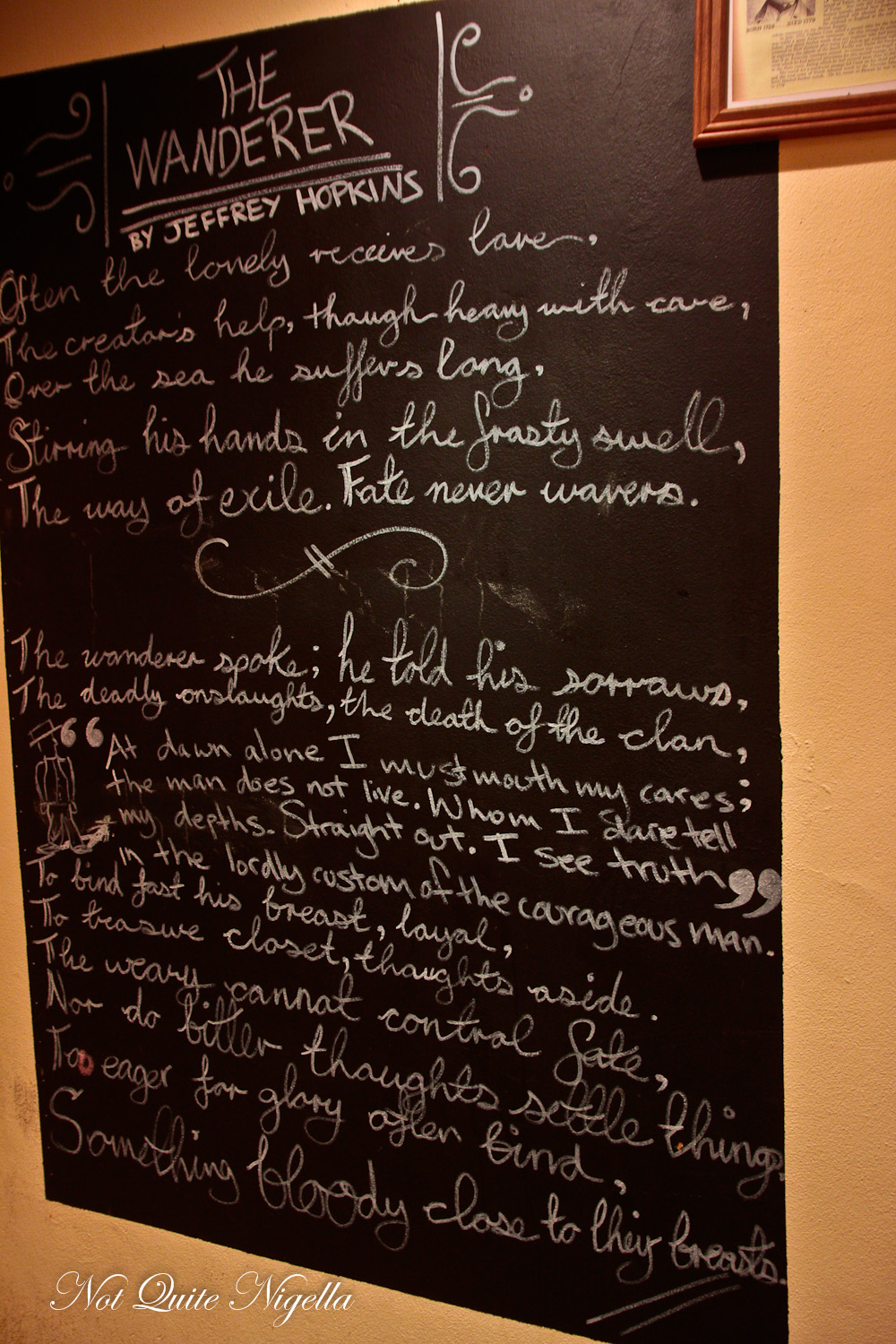