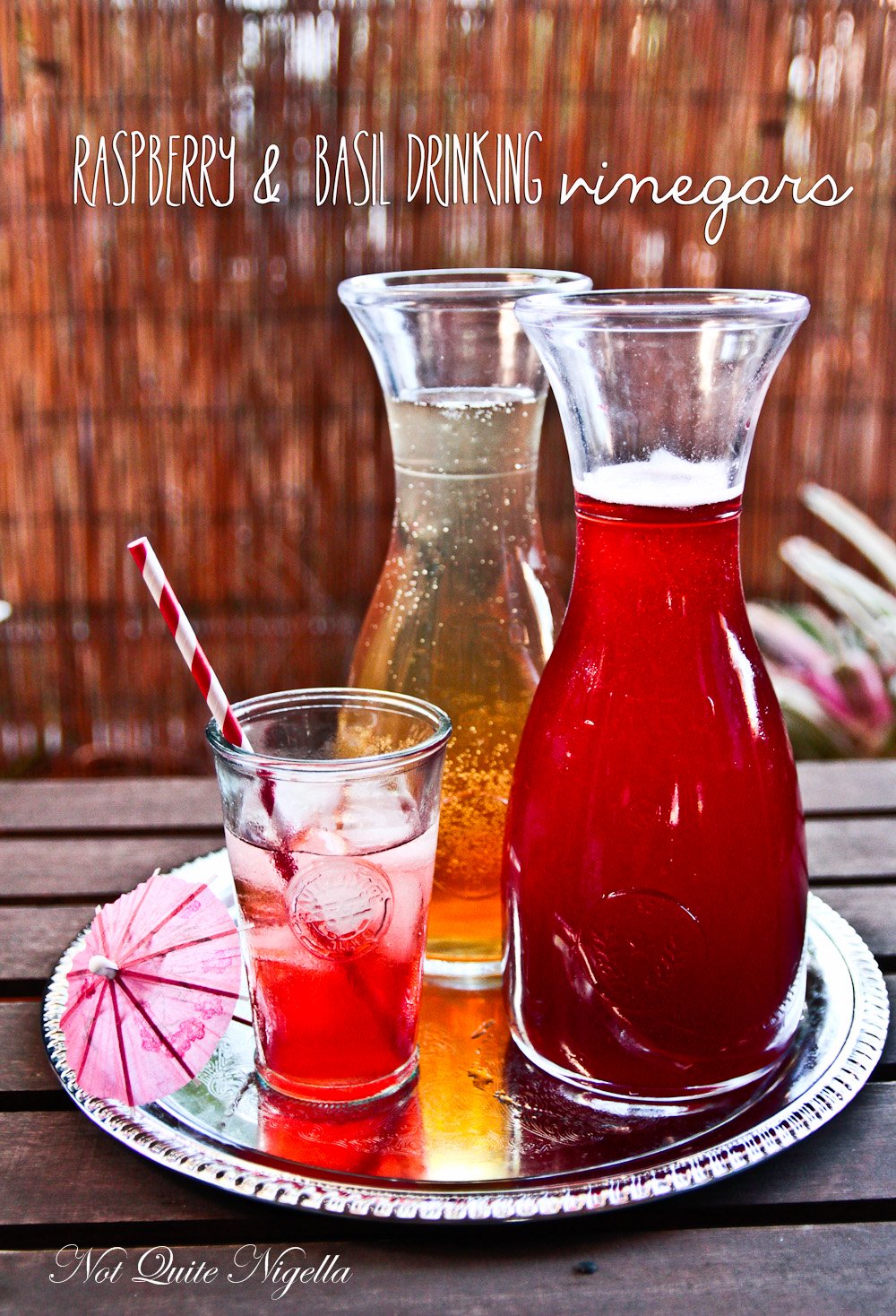 I'm often talking to people and it's always interesting to see how people initially react to a concept or even a person. The microsecond of expression that their face volunteers up before they manage to compose themselves is so very telling. I have the opposite to a poker face so no matter how much I try, my face always shows exactly how I am feeling.

So I'm just warning you that you will get the following reaction with these drinking vinegars:

"I love this, this is fantastic!" 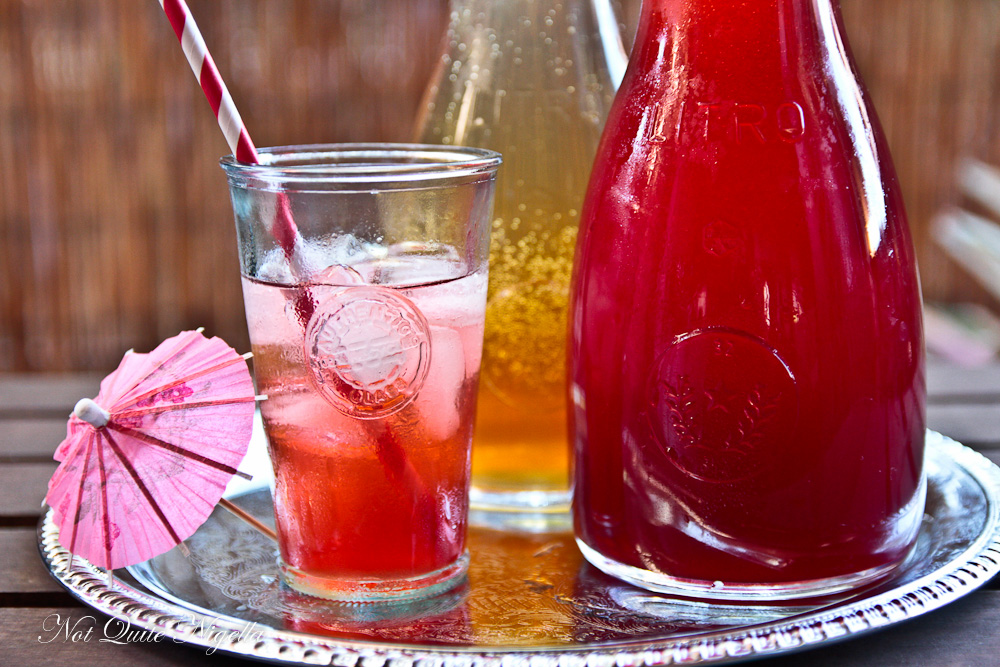 I've done a terrible job selling you on this concept but drinking vinegars are not a new concept in themselves. Plenty of people drink a little apple cider vinegar for health reasons and others enjoy the taste of kombucha which is a fermented tea that tastes very similar to this. The first time I tried kombucha I thought that it had become fermented and turned bad. After establishing that it hadn't turned, I became quickly addicted to its refreshing properties and looked forward to it every morning. I had the same exact reaction to drinking vinegar.

The recipe is from Marisa's fabulous blog Pinch and Swirl. Drinking vinegars are popular in some areas of the United States, particularly in Portland. Marisa tells us that they were recently popularised by a Thai restaurant called Pok Pok. The recipe comes from Imbibe magazine and the art of making drinking vinegar is actually very simple. 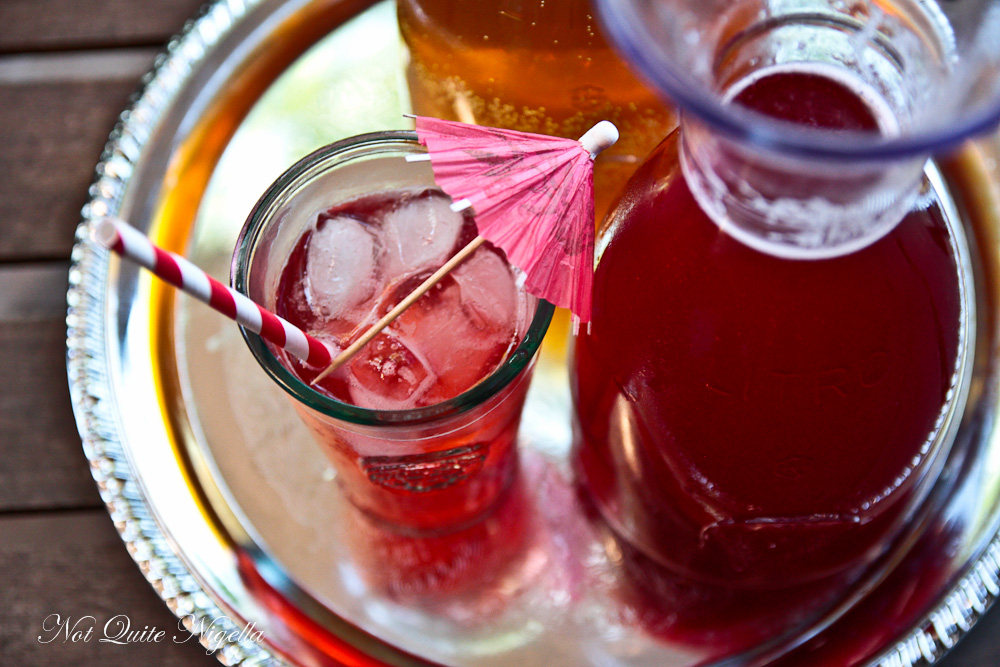 It's a waiting game more than anything else and you simply steep the herbs or fruit in vinegar for one week before adding sugar. Then you dilute it with some soda water and ice for a fantastic, refreshing drink. Pair it with the last of summer's rays one afternoon. After the first reaction you may be as smitten as I was with this fabulous drink. Some will not like them whereas some will love them and it's generally split at 50/50. I'm the one that loved them while Team Sweet Tooth Mr NQN didn't.

So tell me Dear Reader, do you like tart flavours or are you more a sweet tooth? 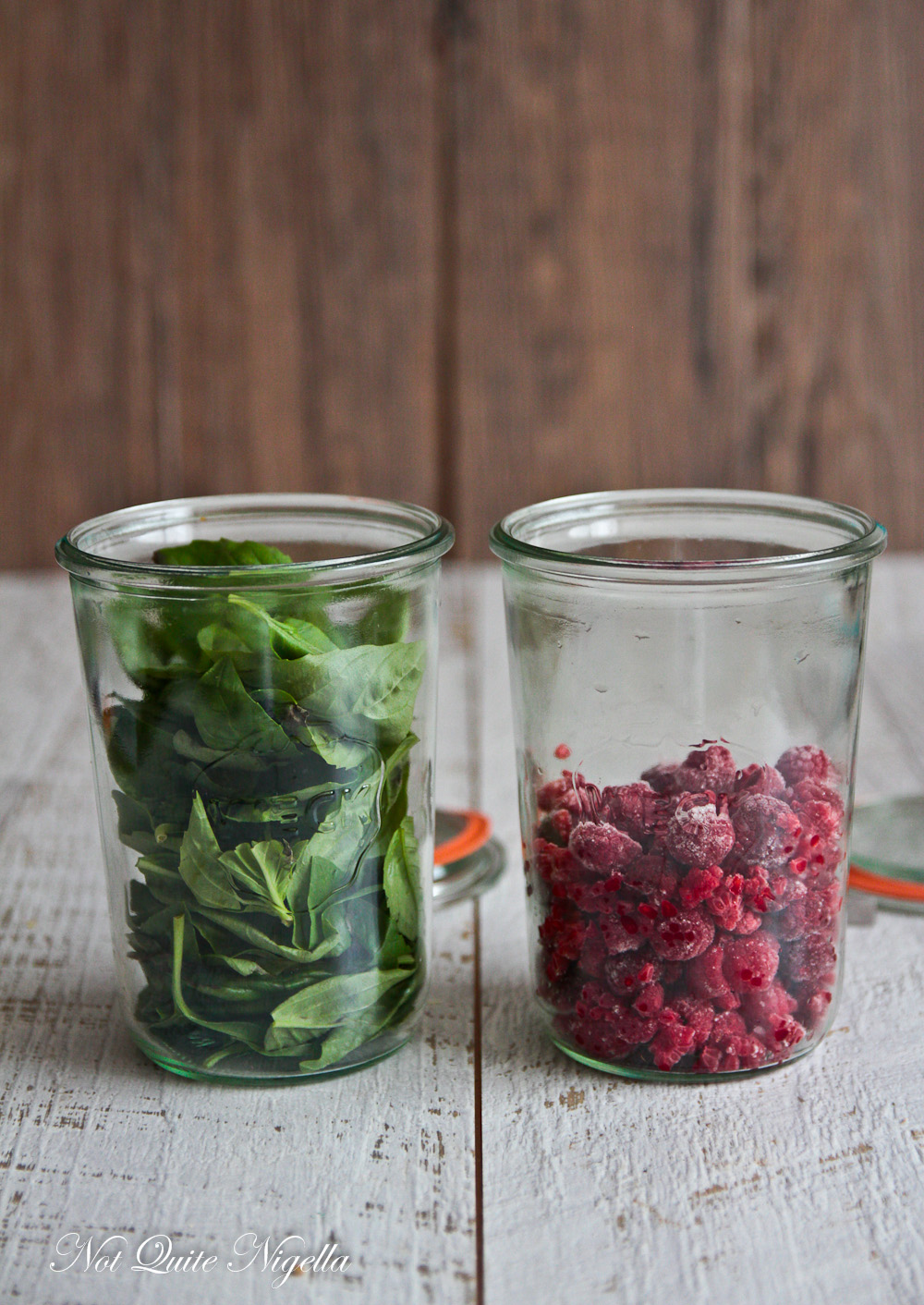 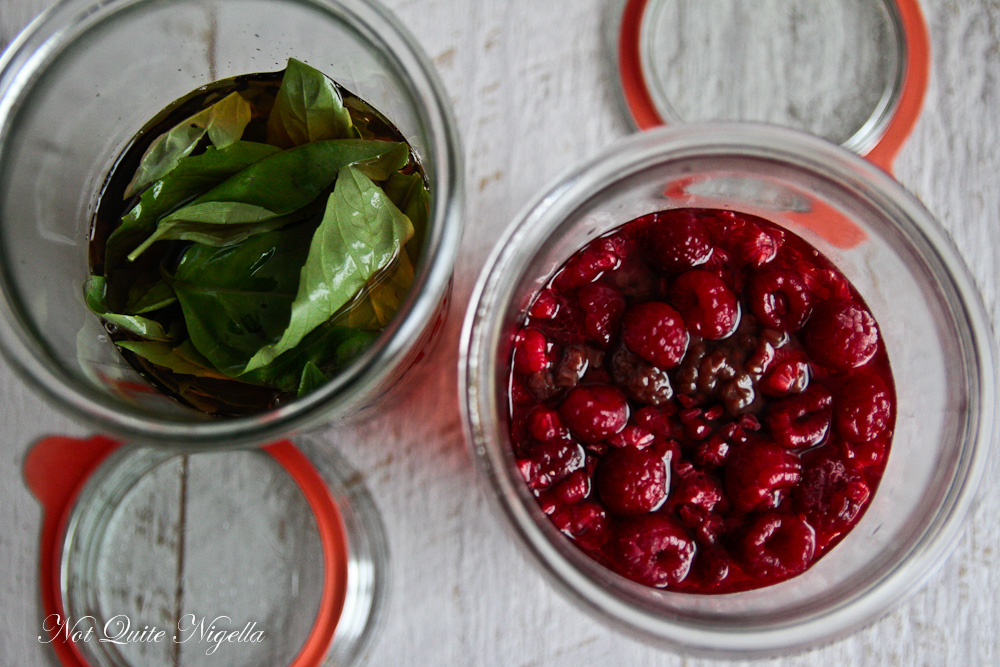 Step 2 - Sift the icing or powdered sugar into the jars. I wanted the basil to be sweeter so I used 3/4 of a cup in it and just 1/2 a cup of sugar in the raspberry one but do it to taste. Stir well until all of the sugar is dissolved. If you use honey, it will take about a day to dissolve. 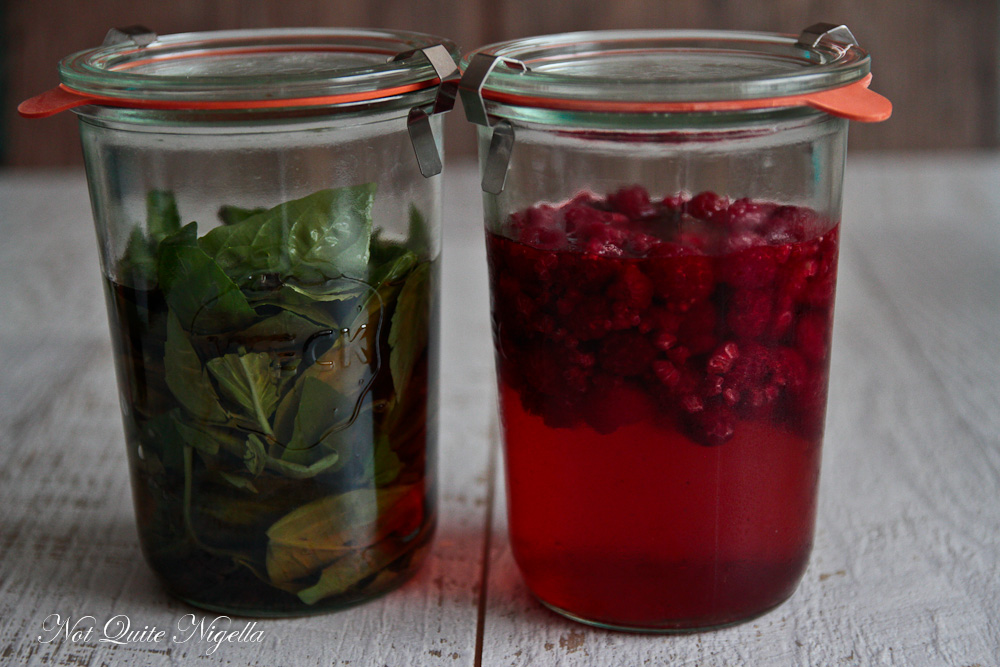 Step 3 - Keep in fridge and serve with soda water or sparkling mineral water. I use about 1 part vinegar to 4-5 parts soda.