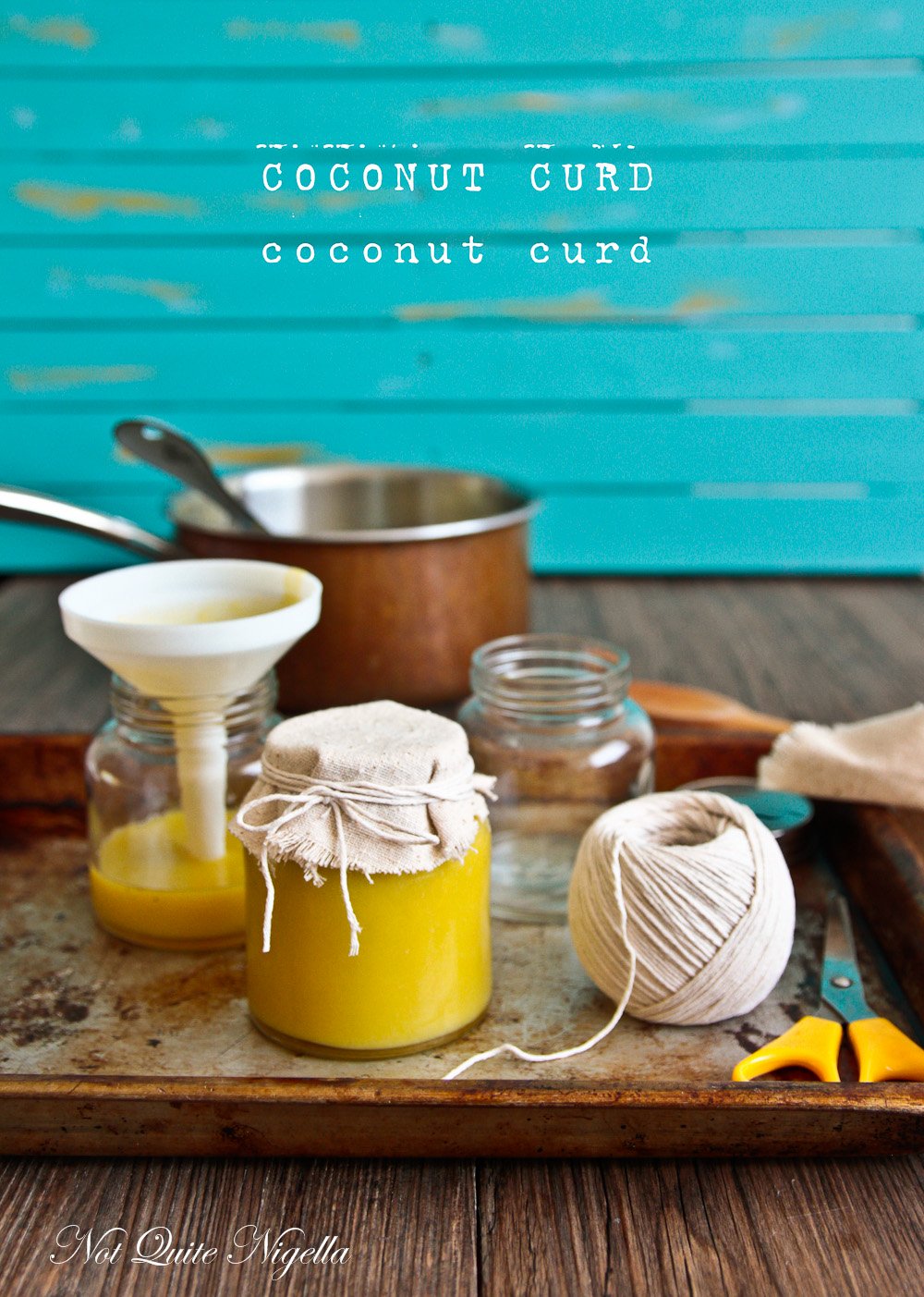 Mr NQN was not happy. I was in Melbourne and he was in Sydney and when he called he sounded a bit peeved.

"There's nothing to eat" he said sullenly. I pictured him giving the table a bit of a defiant kick as he spoke. He described how he had put the water on to boil to make pasta (his standby single man meal) but couldn't find it. I asked him if there was spaghetti in a container and he said that there wasn't.

When I arrived home a few days later I found that there was in fact plenty of food to eat. The spaghetti where it was supposed to be and in the fridge I found tofu steaks (one of his favourite snacks), salami, salad and plums and then I saw bread and croissants in the freezer. 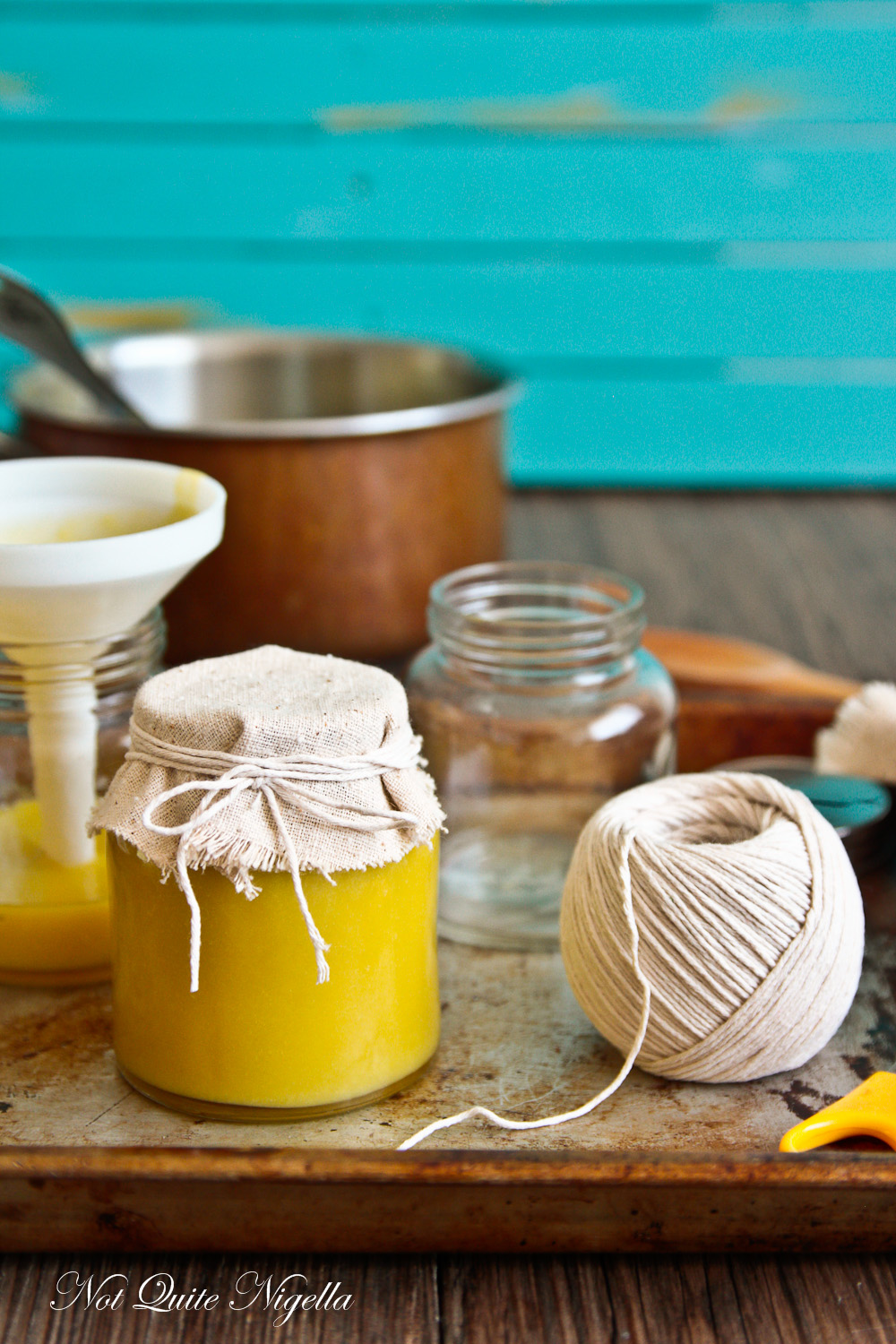 When I asked him why he hadn't eaten the plums he perked up like a puppy dog hearing the can opener and said "Plums? Where were the plums?" "In the crisper, where they always are" I answered. Yes he had gone to bed without eating instead of looking in the fridge. I shook my head, not knowing what to do with him...

In the fridge were two jars of coconut curd that he wouldn't go near because they weren't yet labelled (I made them in a hurry). I was once served a coconut curd in New Zealand at Breckenridge Lodge. The curd was made by the owner and chef Malcolm Redmond and was so wonderfully good that it stuck in my mind for years to come.

So I tried making my own. This version isn't like Malcolm's but it's rich and delicious and utterly scrumptious by the spoonful. It ended up tasting like a cousin of kaya coconut jam, the moreish Malaysian/Singaporean spread that is eaten on toast in the morning (and by the spoon by yours truly). It also makes a wonderful gift, like a jam and butter with a slight tropical twist!

So tell me Dear Reader, do you ever find it difficult to find things even though they are in plain sight? And do you label all of the items in your fridge and freezer? I confess to being remiss with that! 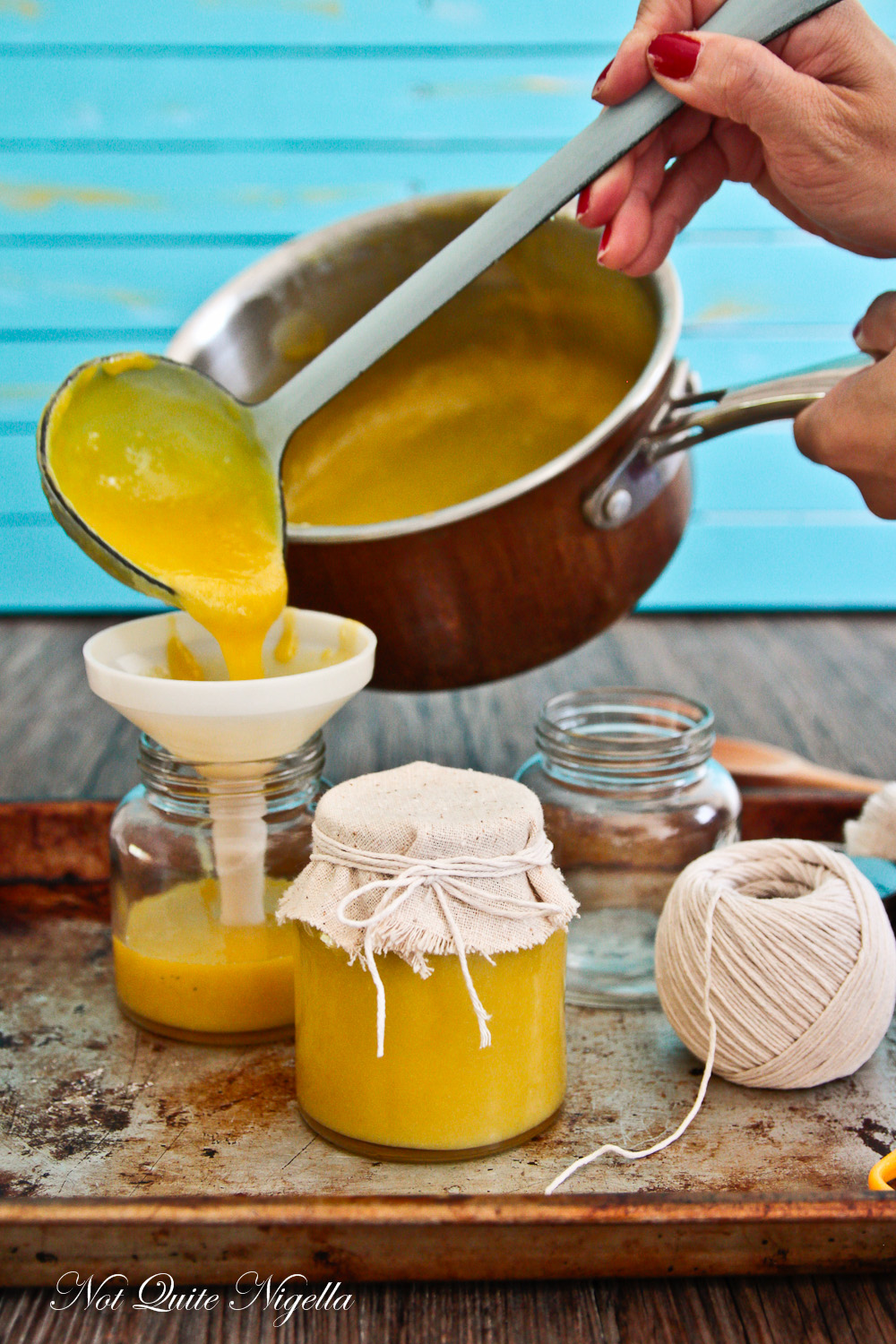 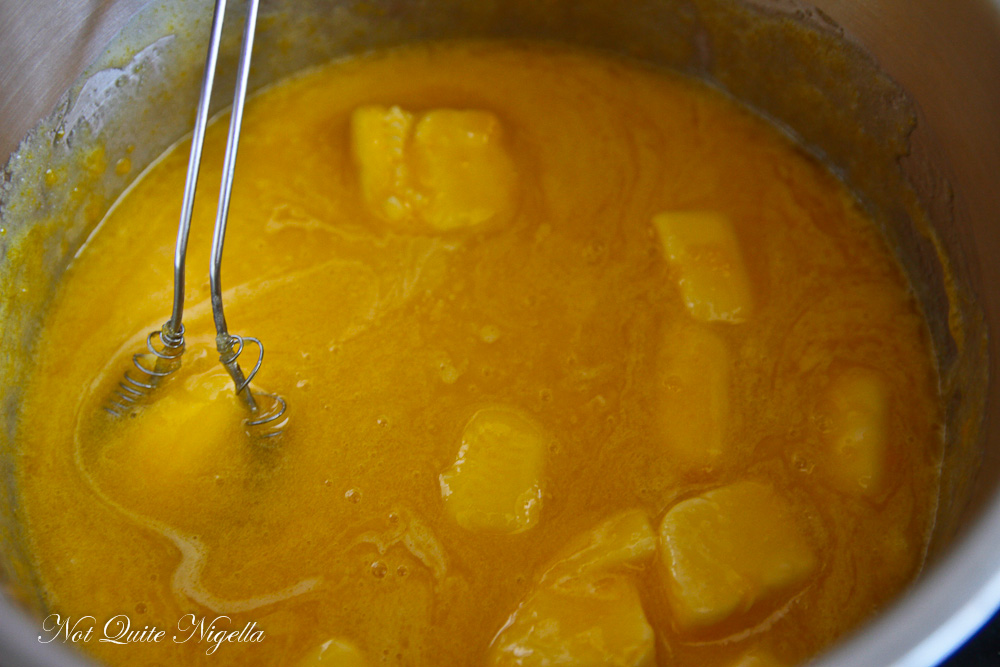 Step 1 - Whisk the yolks and the sugar in a saucepan on low to medium heat. Heat gently and then add the butter cubes and stir until melted. 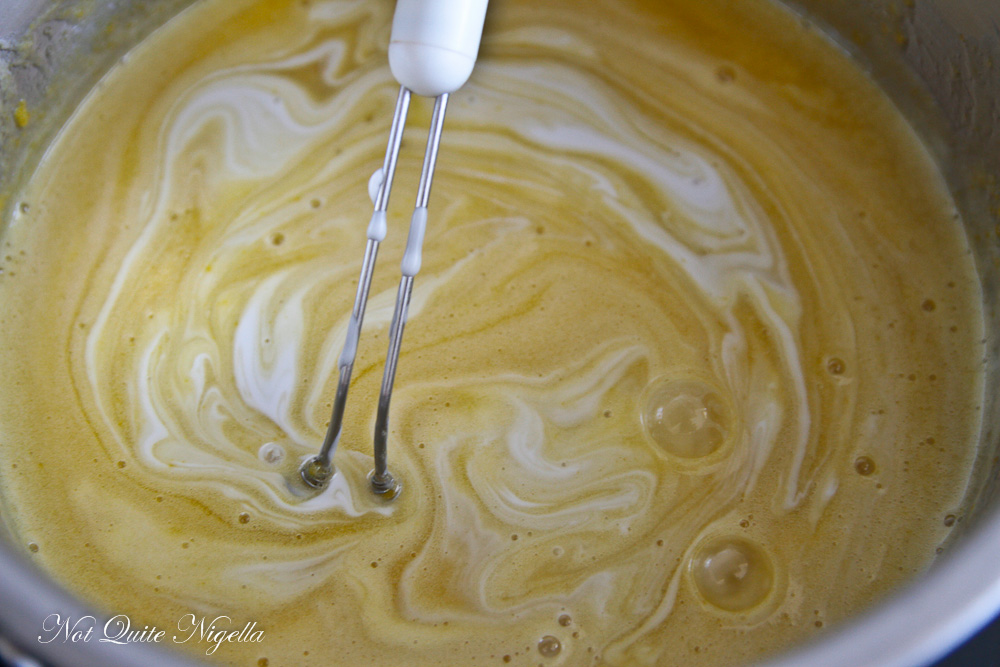 Step 2 - Add the coconut milk and keep stirring until it is smooth and thickened. It will thicken much more on cooling. Place in sterilised jars and seal with lid.