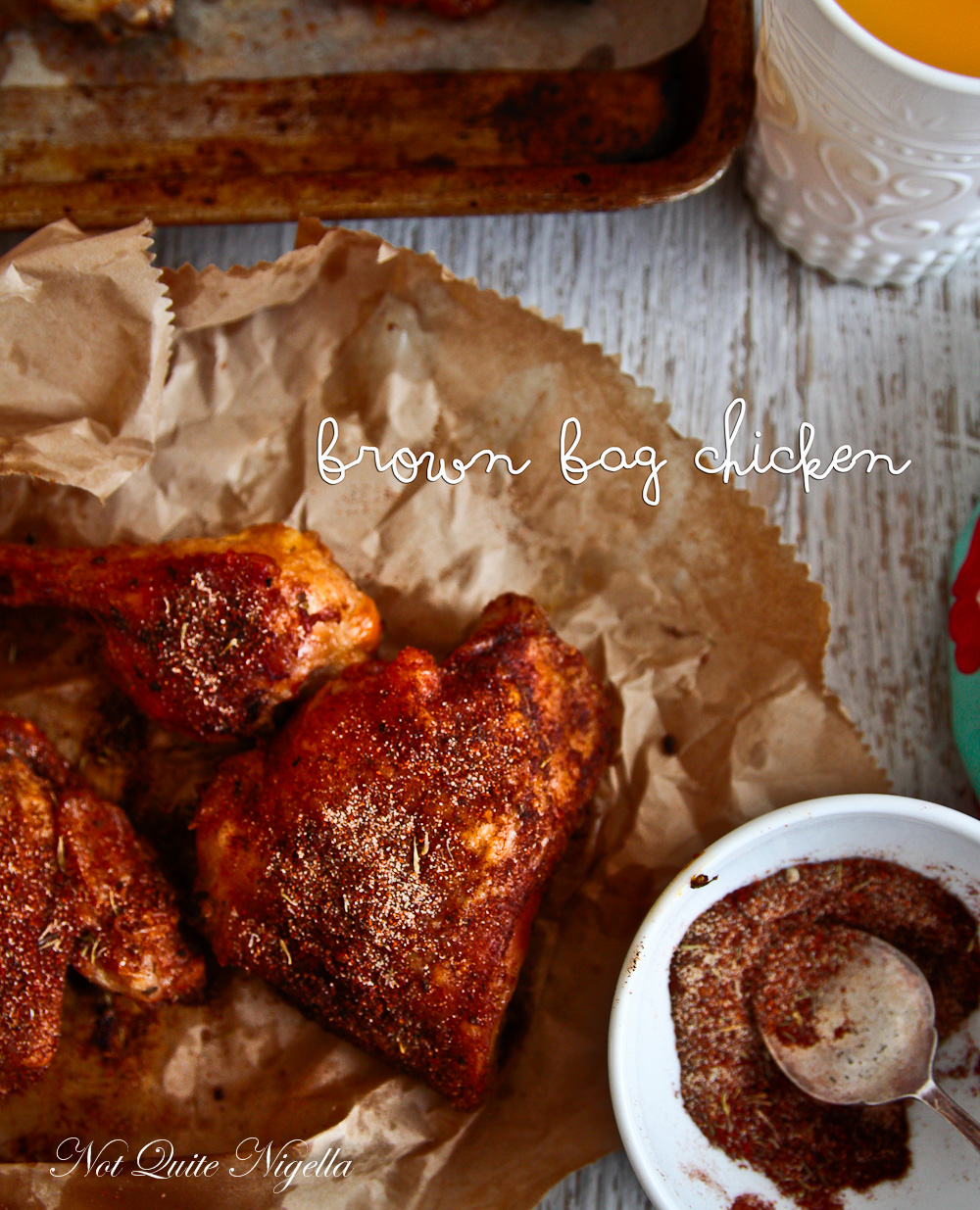 I've got an easy recipe for you today Dear Reader because it is the weekend and I'm sure that you'll want to spend time enjoying the sunshine or if you're in the Northern Hemisphere, the fall leaves. It's called Brown Bag Cajun chicken where a simply roasted chicken gets an extra coat of flavour by shaking it in a brown paper bag filled with spices.

It's from a cookbook I was sent called the "Three Blue Ducks" named after the cafe of the same name. Loyal readers will have noticed that I don't do a lot of book reviews any more. Truth be told it's because while so many cookbooks look pretty and nice, I've found a complete lack of recipe testing with so many of them. Nowadays I turn to blogs that have process photos that show me that they have tried the recipe. 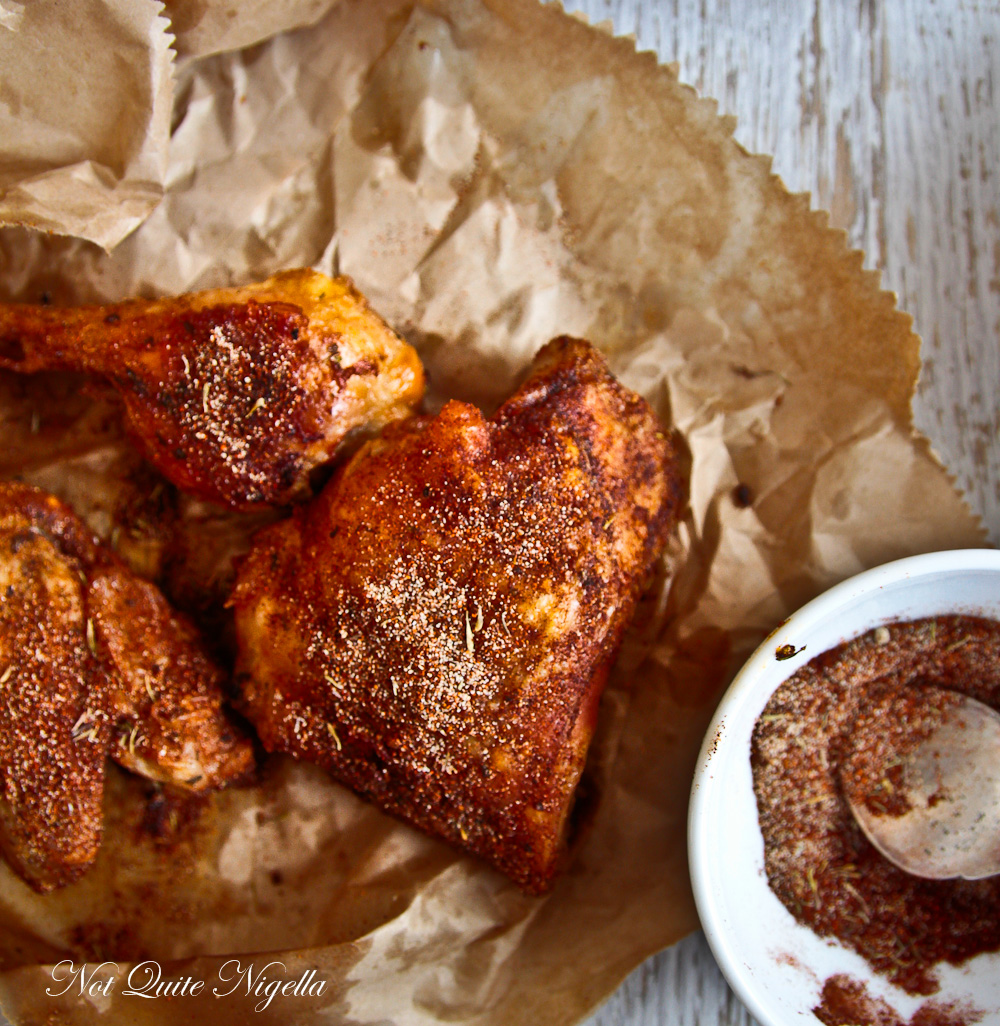 I really wish I could say that the recipe that I chose went swimmingly and that there weren't any mistakes. But alas there was a rather big one and it goes to show that either a)I have incredibly bad luck when choosing recipes and I tend to zero in on the one that is wrong or b) there isn't enough editing and recipe testing done nowadays in the haste to get a book out.

In the recipe, the chicken is supposed to be roasted at 180C/350F for 15-20 minutes. That's it. Keen cooks will probably react in the same way that I did and think "That's not long enough or hot enough." And it isn't. But in the interests of testing out the recipe as it was written, I cooked it for that long. The chicken was pale and nowhere even close to the golden chicken that was shown on the pages and some of the pieces just weren't cooked through (which leads to a discussion about liability if you want to get serious about it). 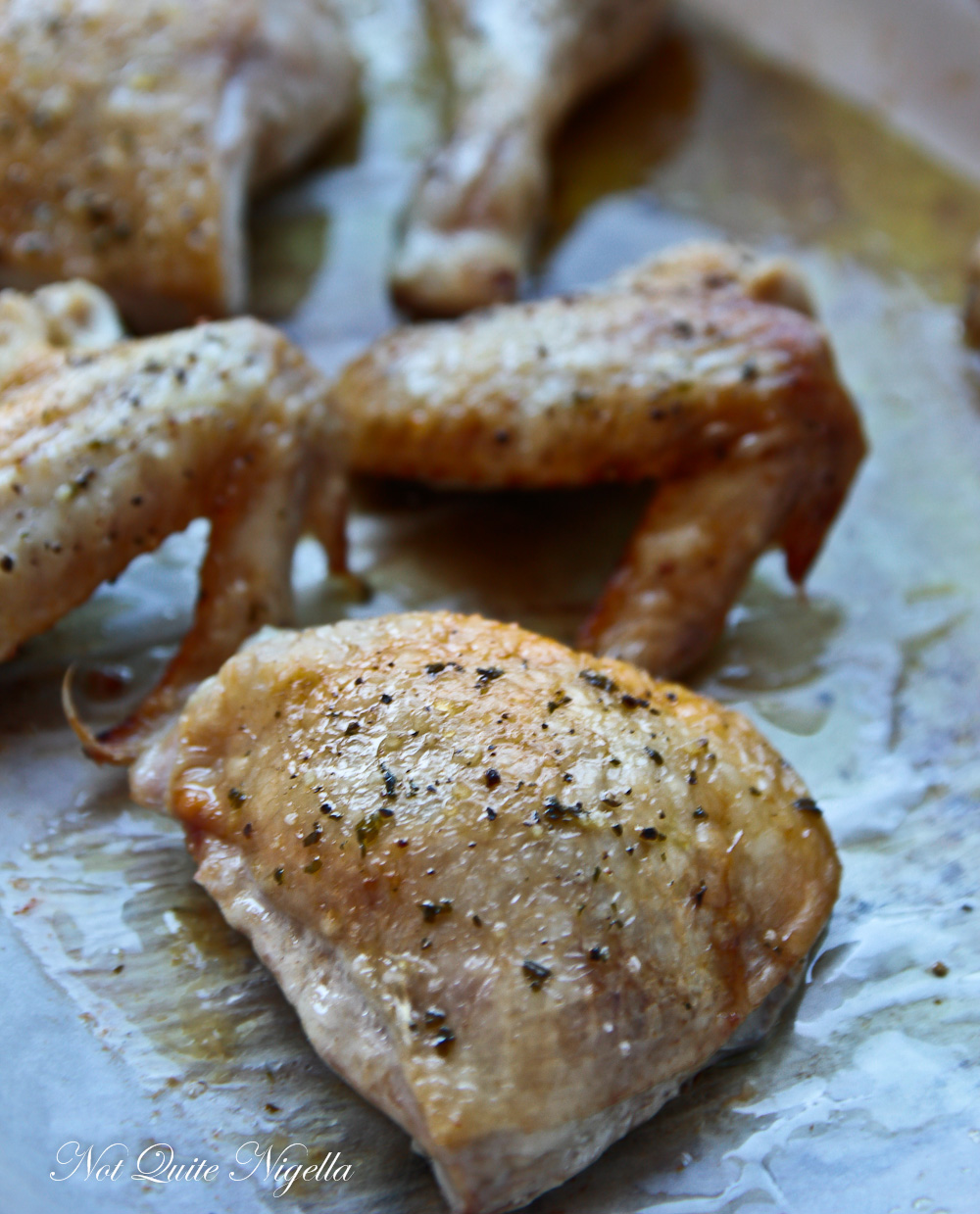 I decided that getting food poisoning was just silly and just roasted the chicken the way that I would have normally. I also adjusted the Cajun spice mixture to something that I liked and in the end, the recipe and cookbook became more just an idea inspiration and a vague guide. The chicken was crispy and full of spices and flavour and it's lovely cold on a picnic or hot roasted straight from the oven with salads or baked vegetables.

So tell me Dear Reader, how many tries do you give a cookbook before you give up? What's the most reliable cookbook in your experience?

Step 1 - Preheat oven to 220C/428F. Line a baking tray with parchment and brush with oil and sprinkle with salt and pepper. Bake chicken for 40 minutes, turning over halfway through. Additional note: This is fantastic if you roast some sliced up par boiled potatoes rolled in oil, butter and polenta in the oven at the same time-they may need a total of about an hour depending on how big the pieces are.

Step 2 - Mix all of the spices together and place in the paper bag. Take the cooked chicken pieces and shake them around in the bag to coat. Serve with lemon wedges and salad or baked vegetables.