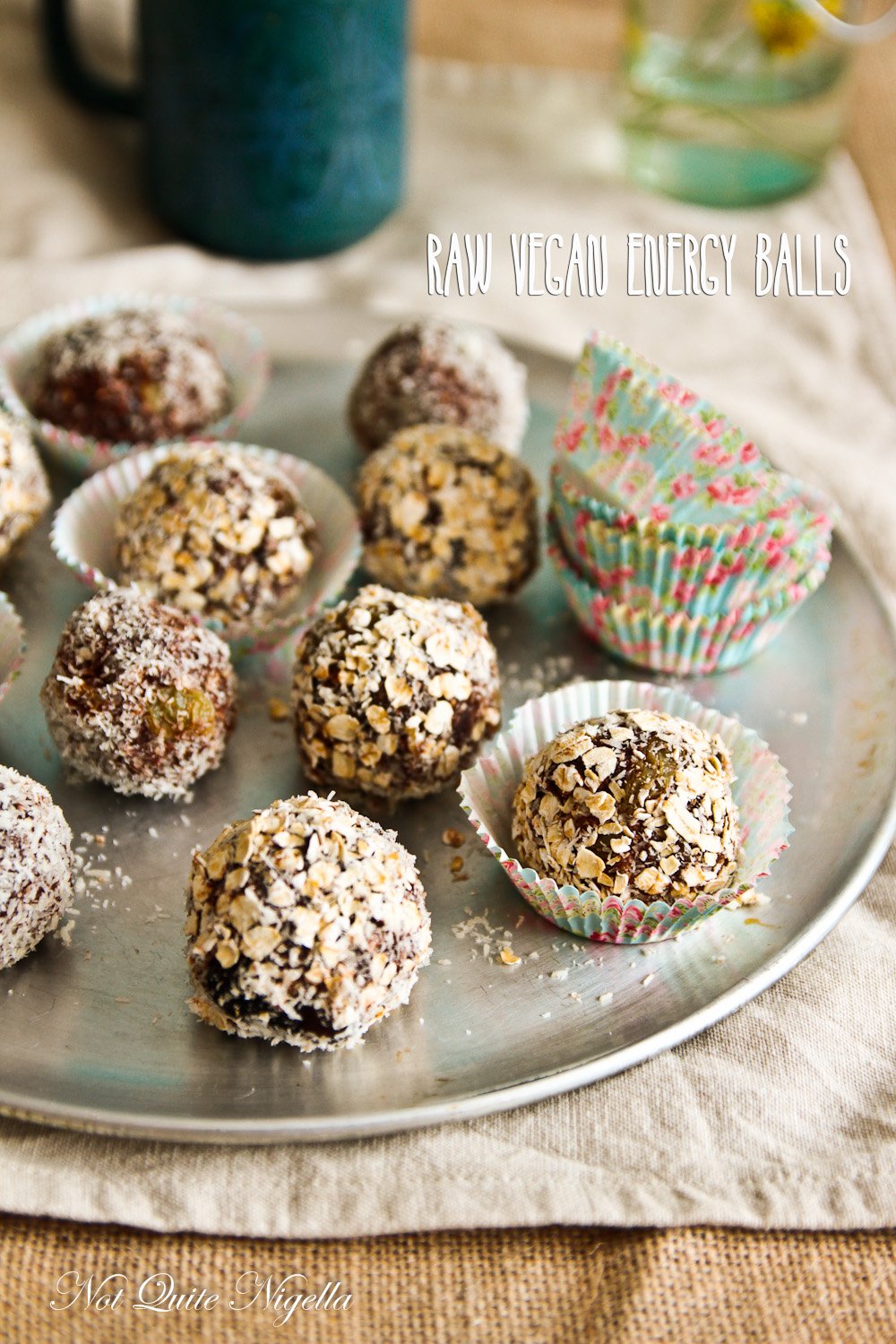 Whenever Christmas or a birthday or celebration rolls around, there is one thing that I can always count on being given by my in-laws. It's a fruit platter or a bag of what we call "Elliott Nut Mix." This consists of a range of mixed raw nuts, dried fruit and yogurt coated sultanas.

I started to see it so often that we gave it its name and every celebration, without fail, a freezer bag full of this mix is furnished to the birthday girl or boy. We've even talked about creating a range of Elliott Nut Mixes for sale. Until of course we realised that it would be a lot of work and in this situation, it is best not to mix family and business.

The other thing that the Elliotts make that I like and we have talked about making into a business are these bliss balls. Growing up, Mr NQN ate nothing but raw vegan food and every year their birthday cakes would be made up of a large rectangle of this "bliss ball" mixture with halved grapes studded on the sides. It looked just like a small chocolate sheet cake but now that they're grown up, it is just rolled into balls. 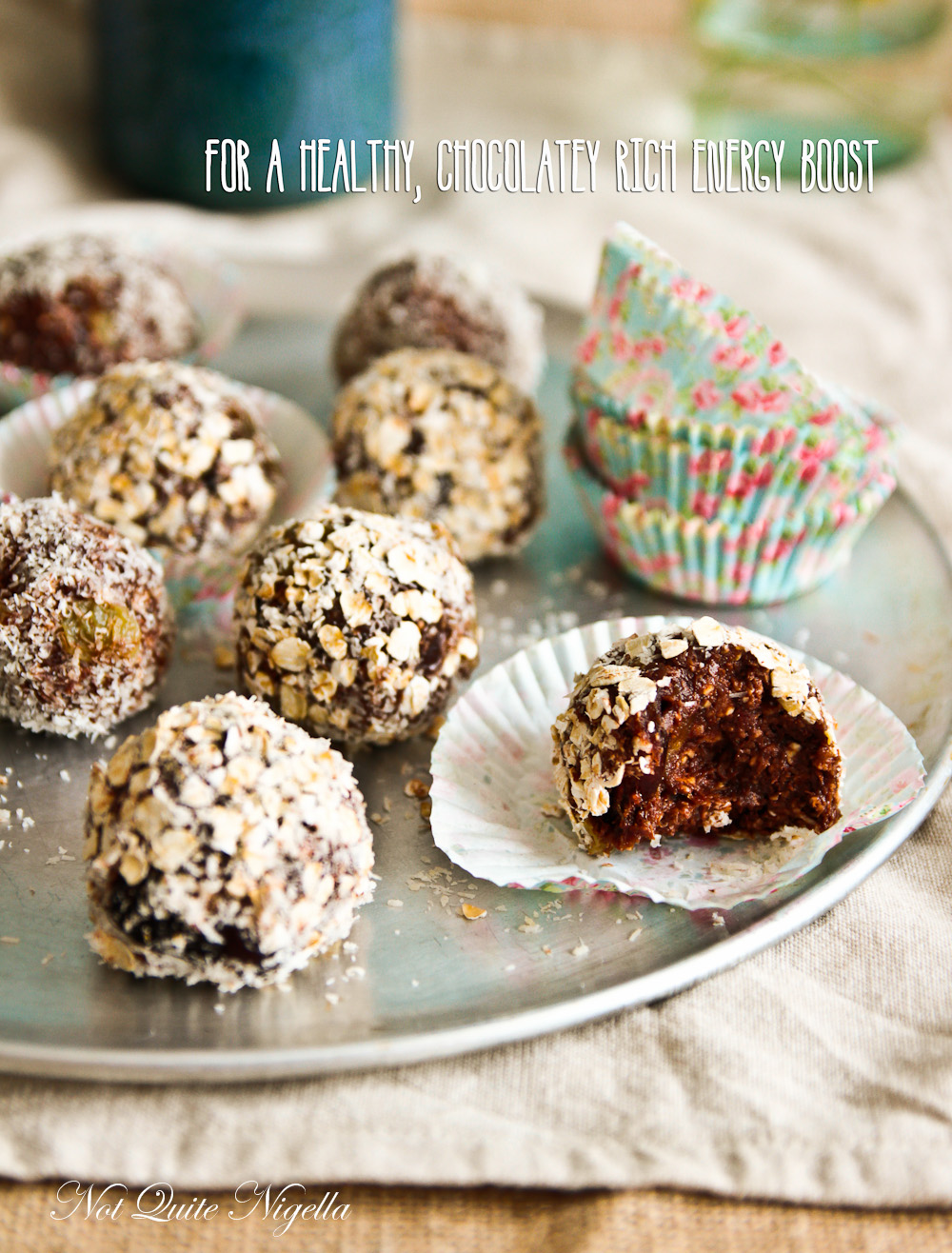 I'll be honest, I didn't hold much hope when I first tried them. Sometimes when they bake cakes, they can double as a weapons as the health conscious Elliotts remove the sugar and butter from standard cake recipes but I was really surprised at how good these were. After my first bliss ball I had to ask for the recipe. It was just the right amount of sweetness and I loved the texture of these. They are also perfect to take in a lunchbox as they stay firm. It's a recipe that comes from being honed for over 30 years. Forget buying them from health food stores for $2 each, you can make them fresh for a fraction of the cost.

I adapted the basic recipe to add vanilla, cinnamon and dates although Mr NQN's sister Amaya who furnished me with the recipe says that it is very versatile and you can add whatever you have to hand to it and it still works well. Every time they served these, I would say that I should make them. Until one day I finally did and laughed at how long it took me to make something so ridiculously easy.

So tell me Dear Reader, what were your birthday cakes like growing up? Did you have a favourite one? Mine was a sponge with jam and cream filling and pink icing.

Step 1 - Firstly place 1/2 cup coconut and 1/3 cup rolled oats in two separate shallow bowls so that you can roll the balls straight in them as your fingers will be coated in mix. Have a tray ready to place them on when done. 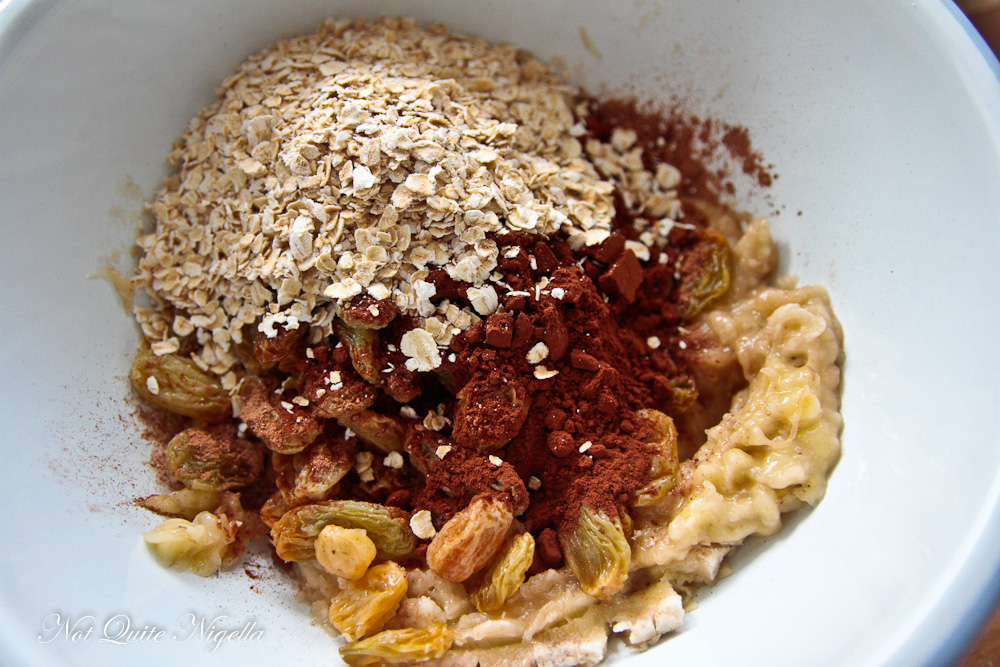 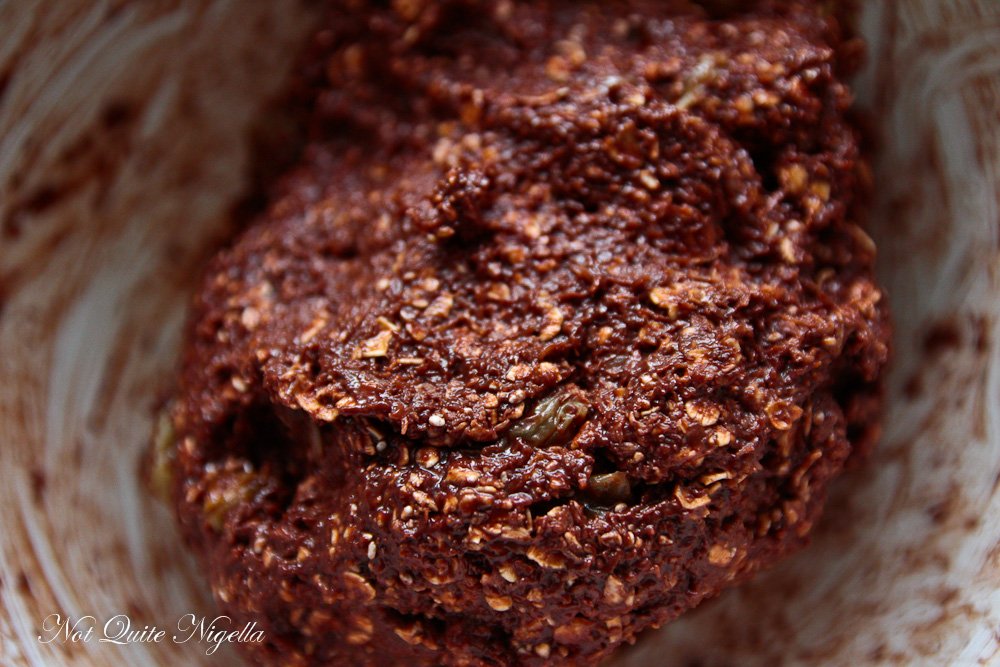 Okay this looks bad I know...

Step 2 - Mash the bananas and add the dates, drained raisins or sultanas, 1/2 cup coconut, raw cacao powder, 2/3 cup oats, agave or honey, vanilla and cinnamon. Mix with hands and taste, if you like it sweeter add some more syrup or if it is fine, then roll into balls. First roll them in the rolled oats and then the coconut. You can also just roll these into the coconut at the end omitting the extra oats - I find it tastes better with just coconut but is perhaps more wholesome with the final roll in the oats. 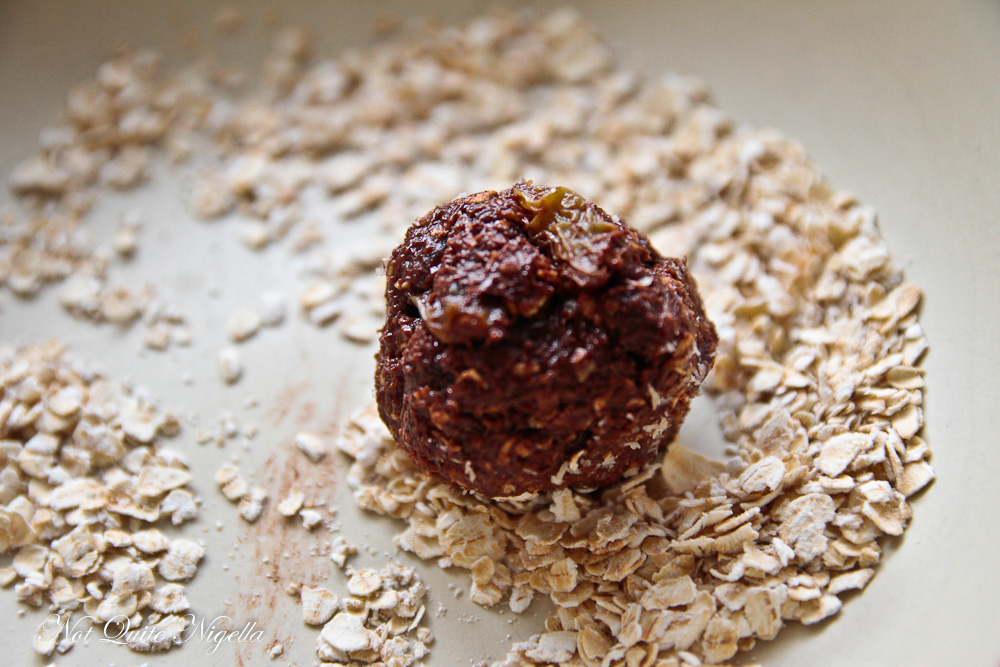