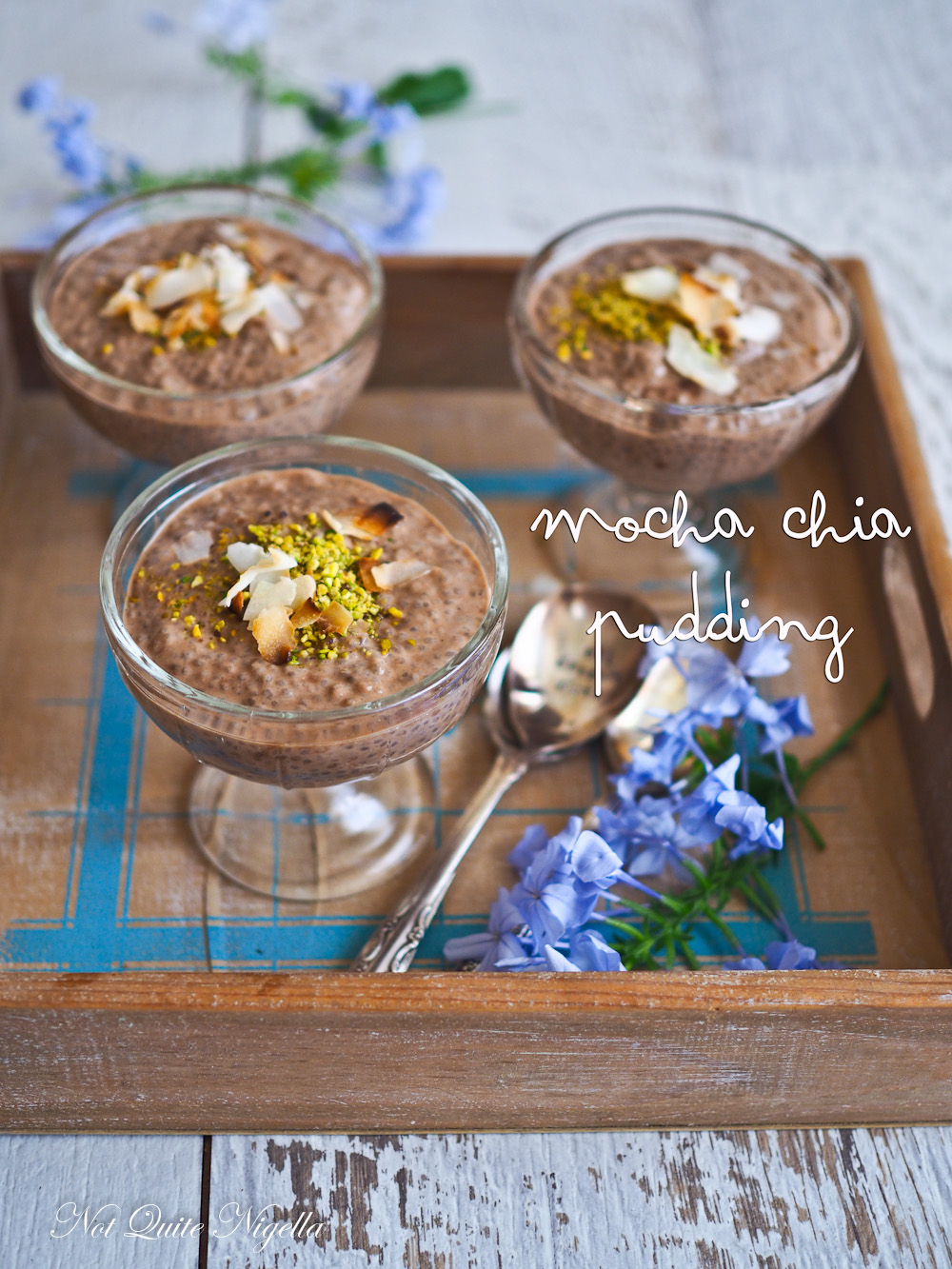 This mocha chia nut pudding was made for a recent weekend away. I made it for healthy eater Nina. It had three of her favourite things in the world: coconut, chia and coffee. It also had one of my favourite things int he world: a recipe that takes a total of five minutes to make. And what did she think?

She loved it! I mixed this up the day before we headed to the South Coast and served it up on Saturday morning. It just needed a bit of water to make it scoopable. I got the recipe from the lovely Merrymaker Sisters' new book Get Merry which they were kind enough to send to me. I don't often review cookbooks let alone healthy cookbooks anymore because I've had such a bad run of unreliable recipes but I do make an exception for many blogger cookbooks because I know that they've tested the recipes. 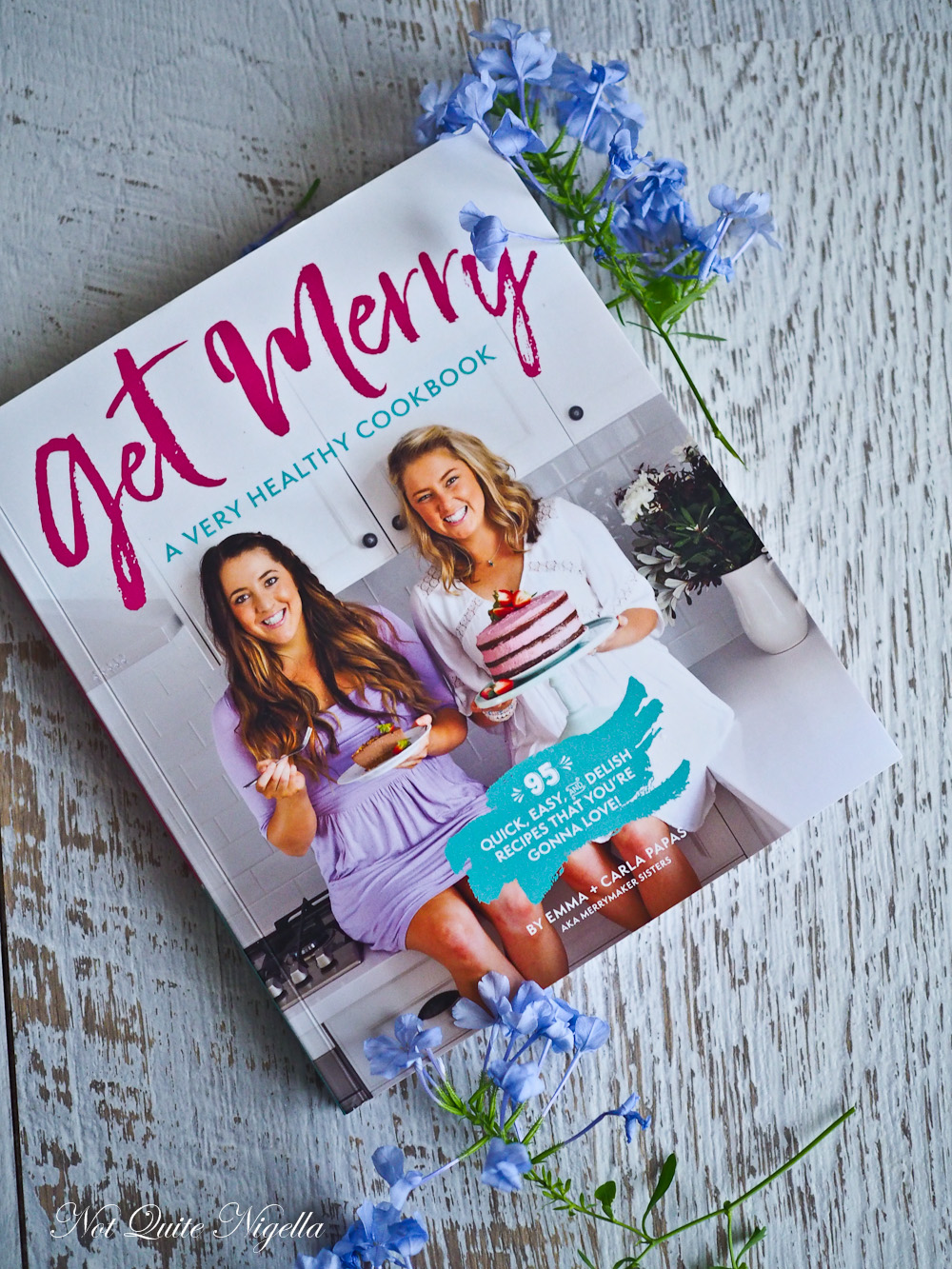 Speaking of health, we've got some not so great news about Mochi. When we first got her we were told that she had no issues at all but we took her to the vet for a thorough exam just to make sure because her previous owners were neglectful. It turned out that she has lumps under her tongue that are possibly cancerous but the vet wasn't able to get a biopsy of the lumps because she started crashing under the anaesthetic - so much so that her heart stopped beating and she stopped breathing. When the vet called to let me know I was shocked and went to see her straight away. Her breathing was slow and ragged, her eyes drooped, she had a pink bandage on her tiny paw and even with tubes attached to her she still tried to follow me home. Since then for the last few months we've switched vets and decided to monitor the tongue lumps to see if they ulcerate or grow larger.

Well yesterday we found out that the lumps are getting bigger. Our beloved little girl has to go under anaesthetic again and hopefully she will be ok. We are taking all the precautions we can. She is seeing an eminent cardiologist on Tuesday and they will schedule her surgery for soon after. I hope to be back soon with some better news about our little Moch.

So tell me Dear Reader, do you have to start every day with coffee? Have you had a better run of cookbooks than I have? 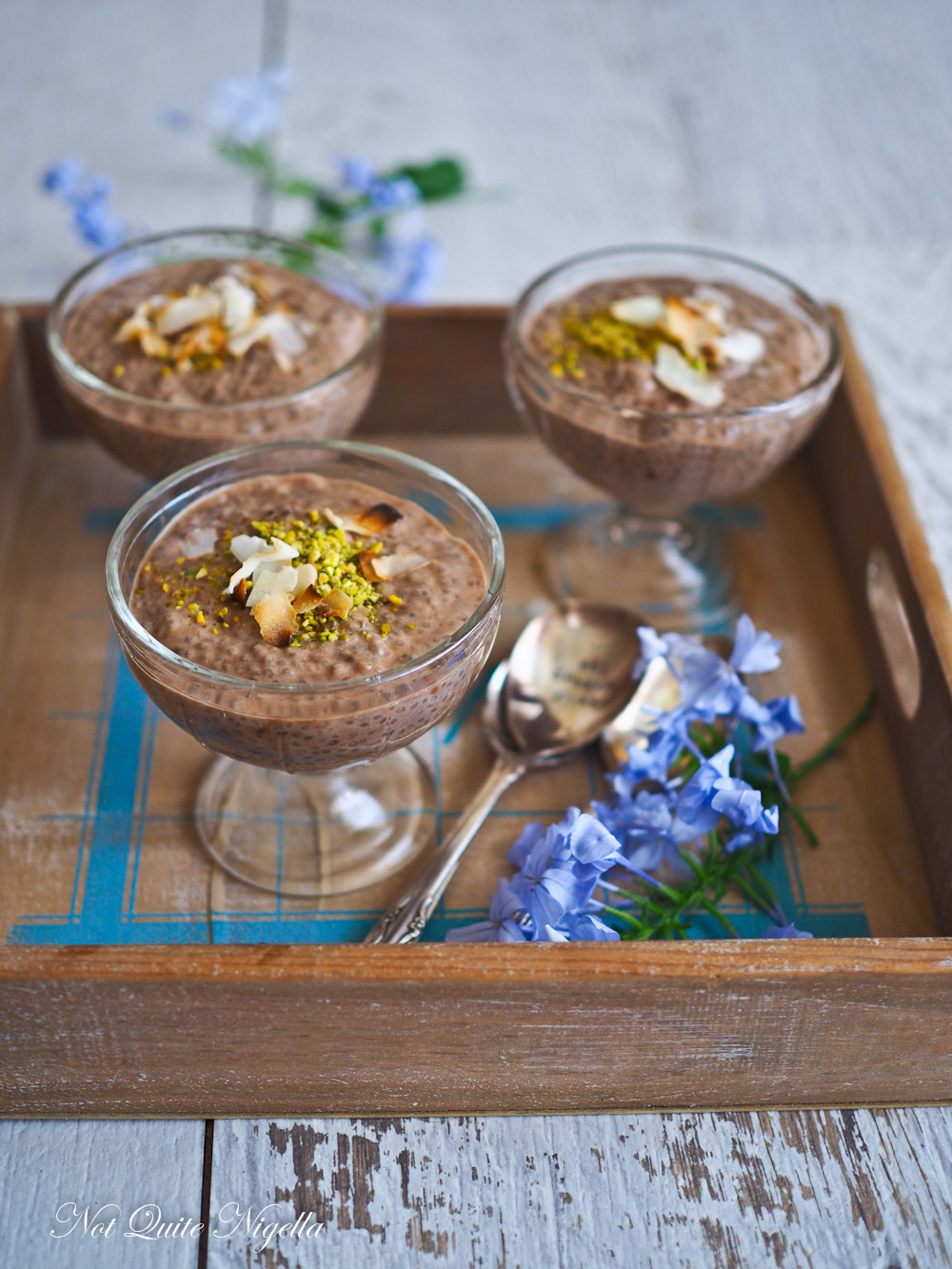 Step 1 - Mix all ingredients together in a bowl making sure to stir through the chia seeds at the bottom of the bowl. Cover and refrigerate for 2 hours. You can also make it the night before, just add a little more water to loosen it up in the morning.