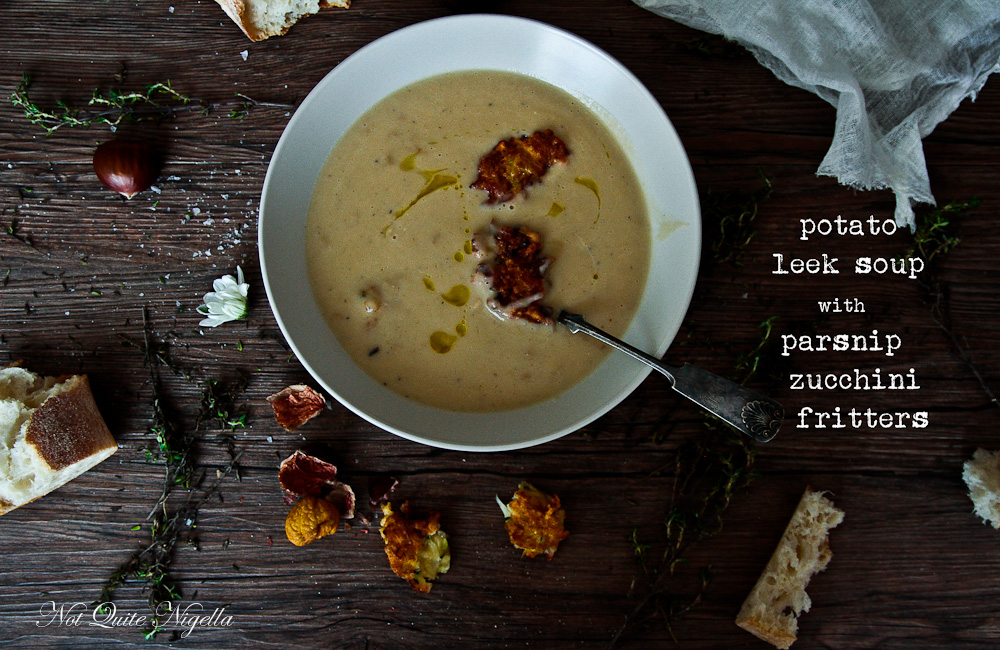 I know that many lament the demise of the English language as our lexicon changes over the years. Words like "Bootylicious" now appear as entries in the Oxford Dictionary and "Yo" is now a frequently used greeting. It doesn't bother me as much as it does others, I think of it as the evolution of words but there is one phrase that I'm not a huge fan of and it is "thigh gap". 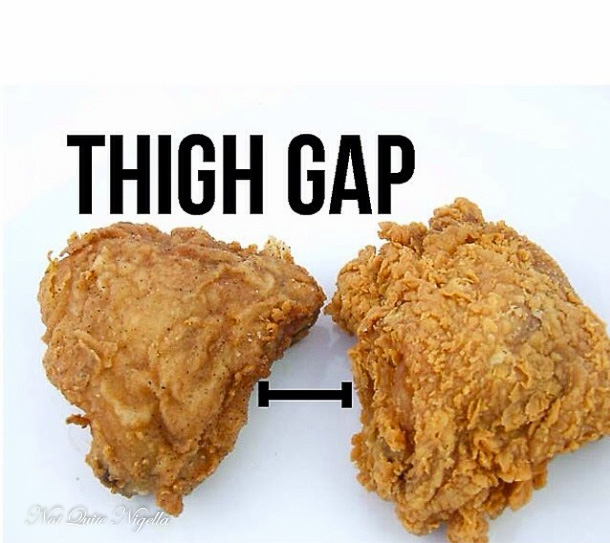 Can you hear the music to Jaws? Yes thigh gap is the desirable cavernous gap between your upper thighs. To me this is the thigh gap we should really be more concerned with (and yes it is not lost on me that one may cause the disappearance of the other ;) ). 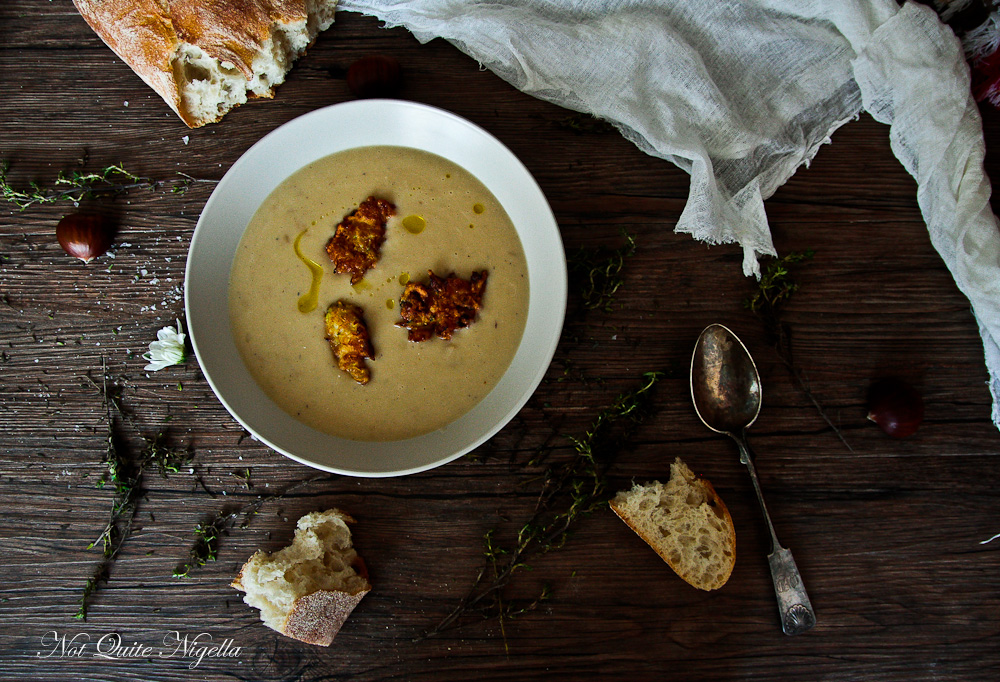 For the most part we eat quite healthily but it's always with a measured counterbalance. If I have a salad then I have a sweet. If I have a creamy pasta, I'll have just a little bit of dessert or none at all. And I decided to do a dinner recipe with a both of both.

The idea for this soup was sent to me by a Dear Reader Mrs Flowerpot who visited a place in Melbourne called Pope Joan (oh Melbourne and your funny names!). She so enjoyed this soup that she sent me a photo of it. I thought that it was a great idea. I put cauliflower on the list and parsnips and then when I saw that cauliflower had become very expensive that week I switched it to a potato and leek soup with zucchini and parsnip dumplings. 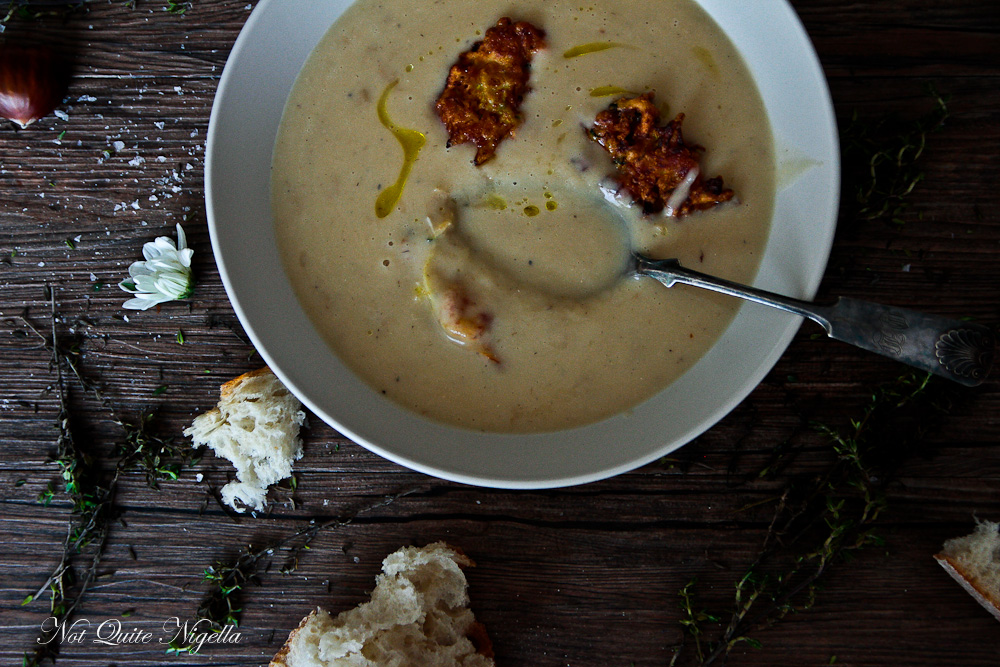 I decided to make the soup low fat and substituted the cup of cream with one tablespoon of sour cream and a quarter cup of natural yogurt. The key to using yogurt is to add it when the soup has cooled off a bit so that it doesn't split. It adds a nice creaminess without weighing it down. And on the other side, the shallow fried fritters aren't exactly low in calories but they're chock full of vegetables and gooey stringy cheese so I like to think that they balance each other out. Maybe? Hopefully? Talk to the thigh (gap)! :)

So tell me Dear Reader, have you heard of a thigh gap? Do you want a thigh gap? I'll be honest, I kind of wish I had one but I think I like food too much! 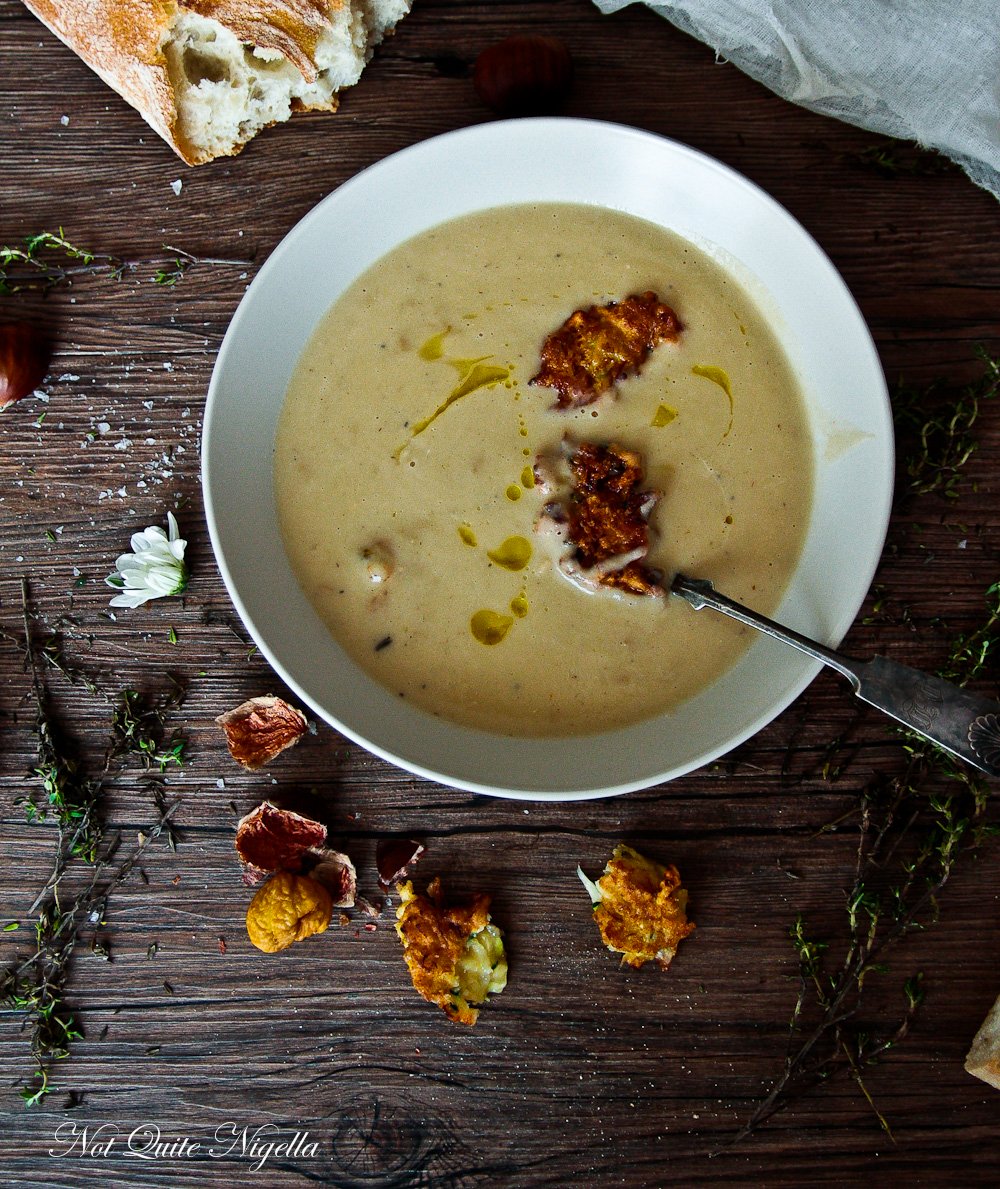 *Zucchini is a vegetable with a high water content which isn't ideal if you are deep frying as water makes the hot oil spit. I grate it onto some layers of strong paper towel and then allow the water to release for 5-10 minutes (do this first before the soup to save waiting time). I then wring out the extra water and use the zucchini.

Step 1 - Chop the leek and onion roughly and heat a large pot on medium to high heat. Add oil and saute until golden and then add the garlic and saute for another minute. Add the potatoes and stock and simmer for 30-45 minutes until the potato is soft (the time depends on how small you've chopped the potato). 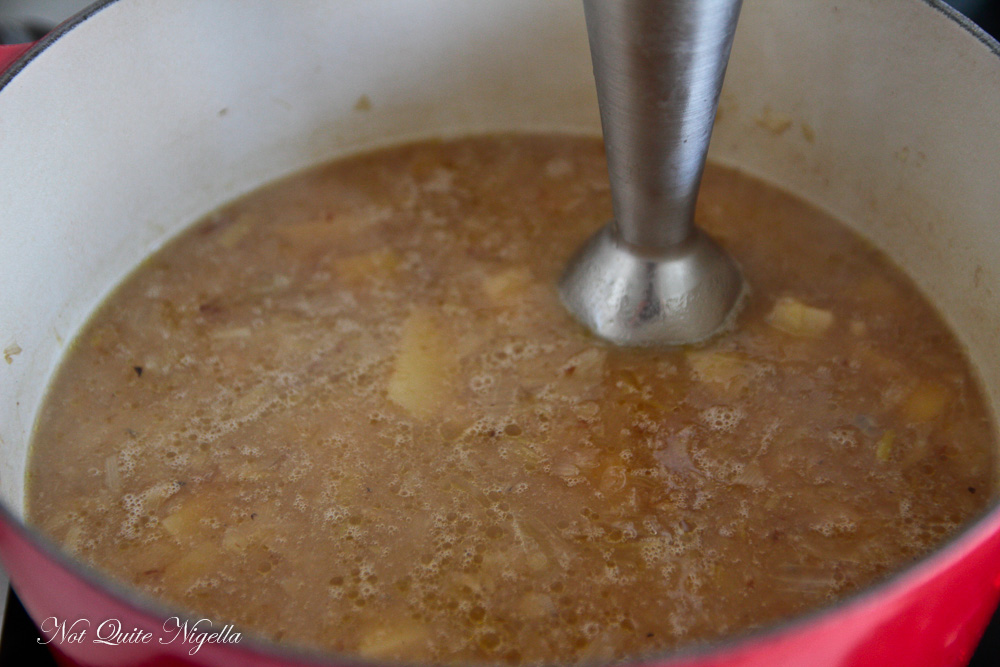 Allow to cool slightly before blitzing with an immersion blender until smooth. Stir in the sour cream and yogurt when it has cooled further (don't add the yogurt while it is hot or it may split). 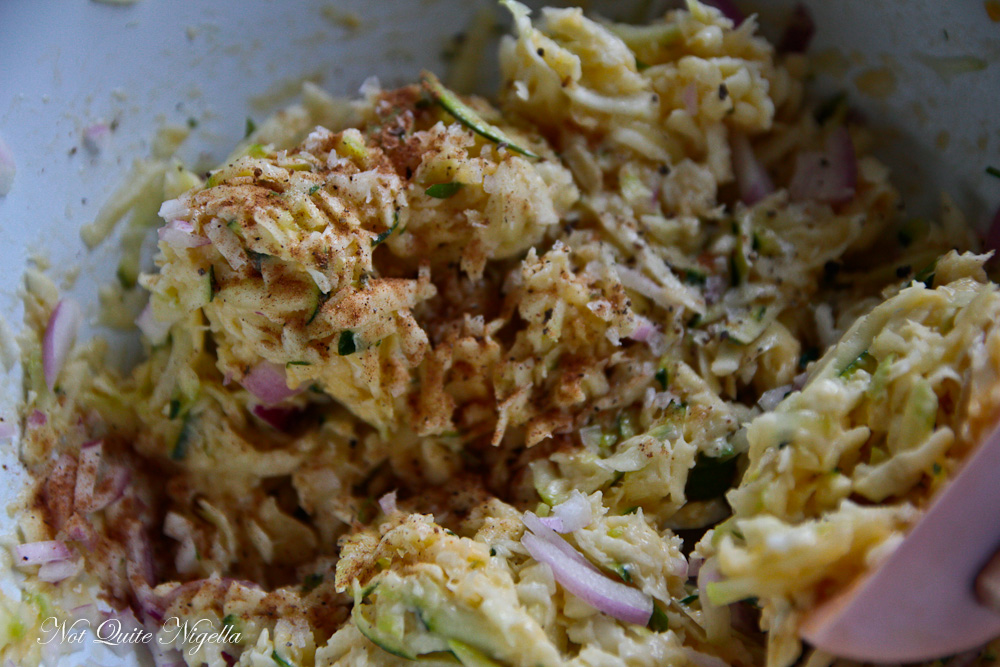 Step 2 - While the soup is cooking and cooling, make the fritters. Combine grated zucchini, parsnips, onion, cheese, flour, egg, herb, salt and pepper. You can either shallow or deep fry these. In a heavy bottomed pan add some oil until hot-test by placing a chopstick in the oil and if bubbles form then the oil is hot enough. Using two teaspoons, shape some rough fritters and fry until golden and cooked through. Ladle into soup bowls and top with three or four fritters. 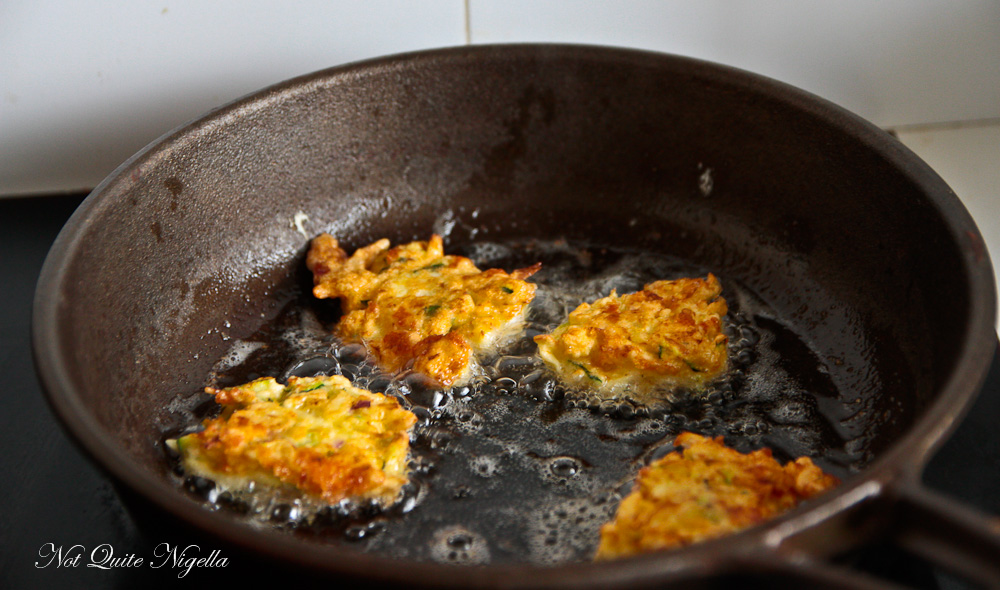