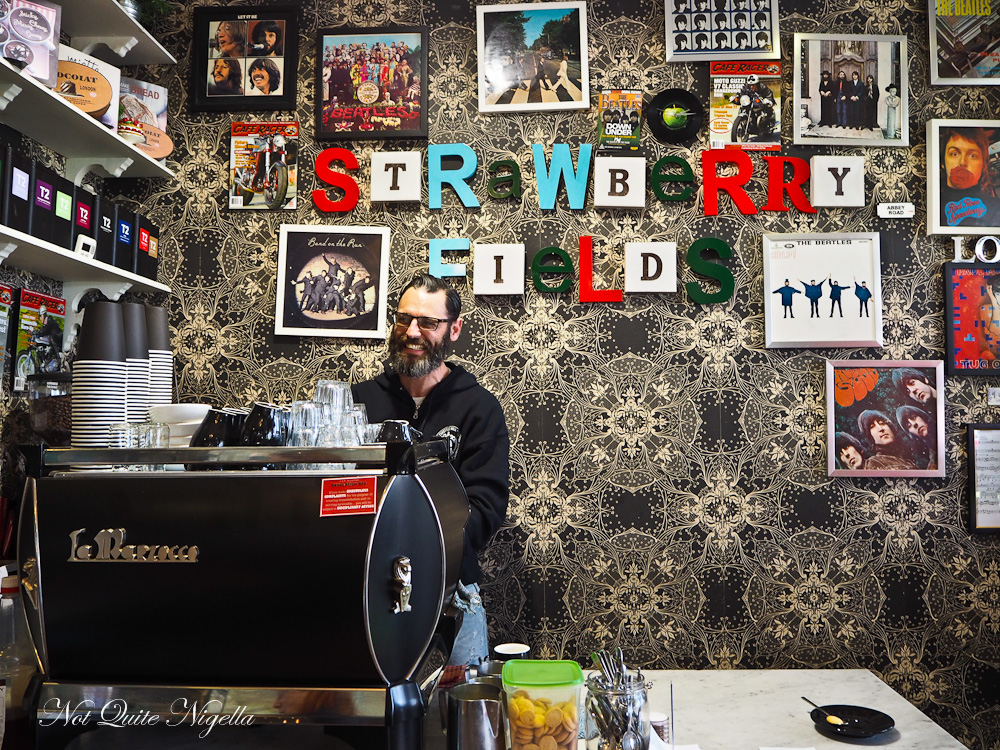 It's always a challenge, intellectually speaking to say that something is the best of anything. Logic kicks in and tells you that it's almost impossible to judge the best of any genre unless you've tried absolutely everything in that genre. But where your brain uses logic, your taste buds may take over and you might find yourself blurting out, "This is the best custard tart ever!" And that's what my friend Amanda and I did one day. 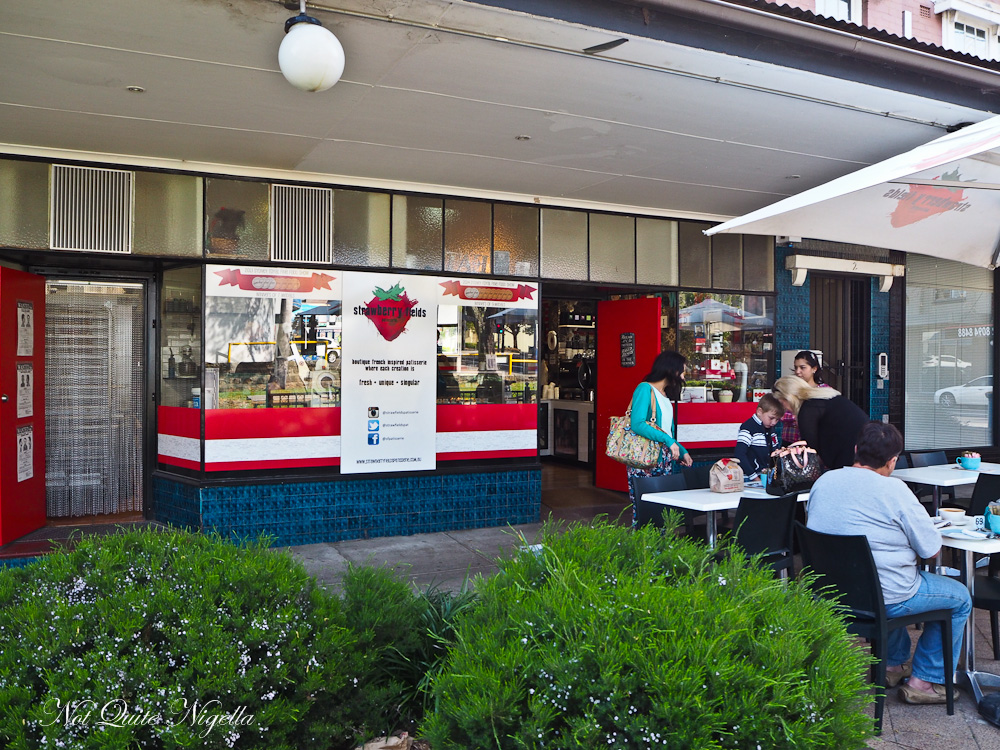 It was a long overdue catch up with Amanda. I suggested Strawberry Fields and Amanda readily agreed as she follows the patisserie on social media. Open in February 2011 the patisserie is run by pastry chef Simon Bimson and his wife Kate. 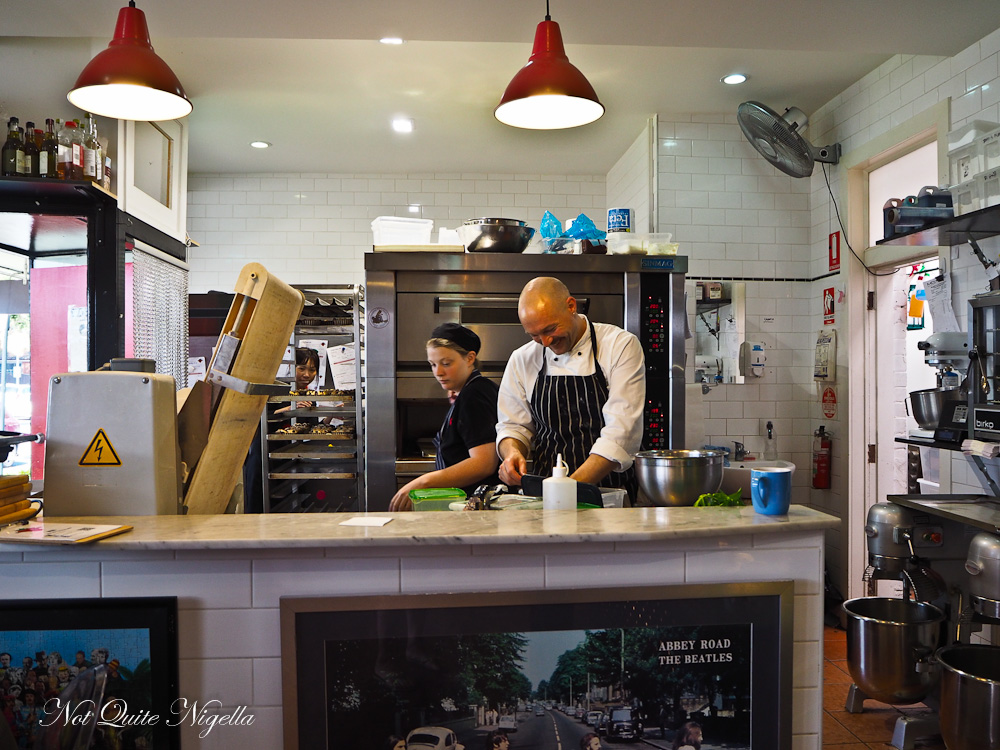 Simon has worked in the baking scene since the age of 20 starting at small bakeries and learning the art of the humble sausage roll. He ended up working at Glass Brasserie with Luke Mangan in the pastry section before starting up his own venture in Dulwich Hill. 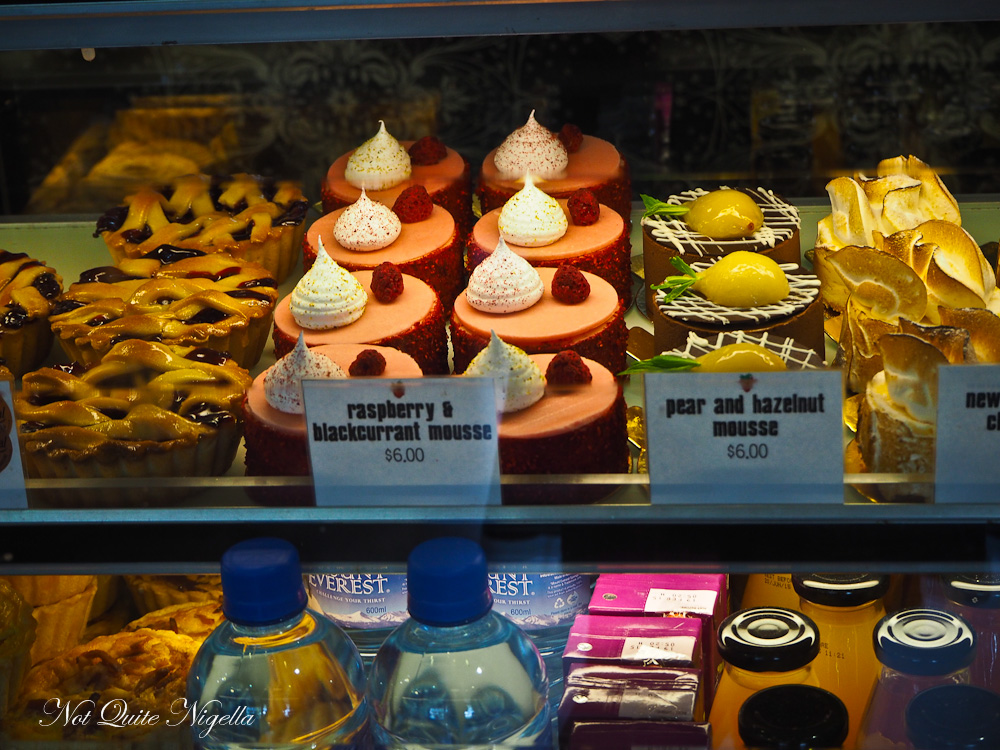 In that time he and the patisserie have won numerous awards for their muffins, tarts and pies winning nine awards at the Sydney Royal show in 2014. Arriving early is necessary to avoid disappointment - certainly our faces fell when we learned that they had sold out of their award winning croissants. 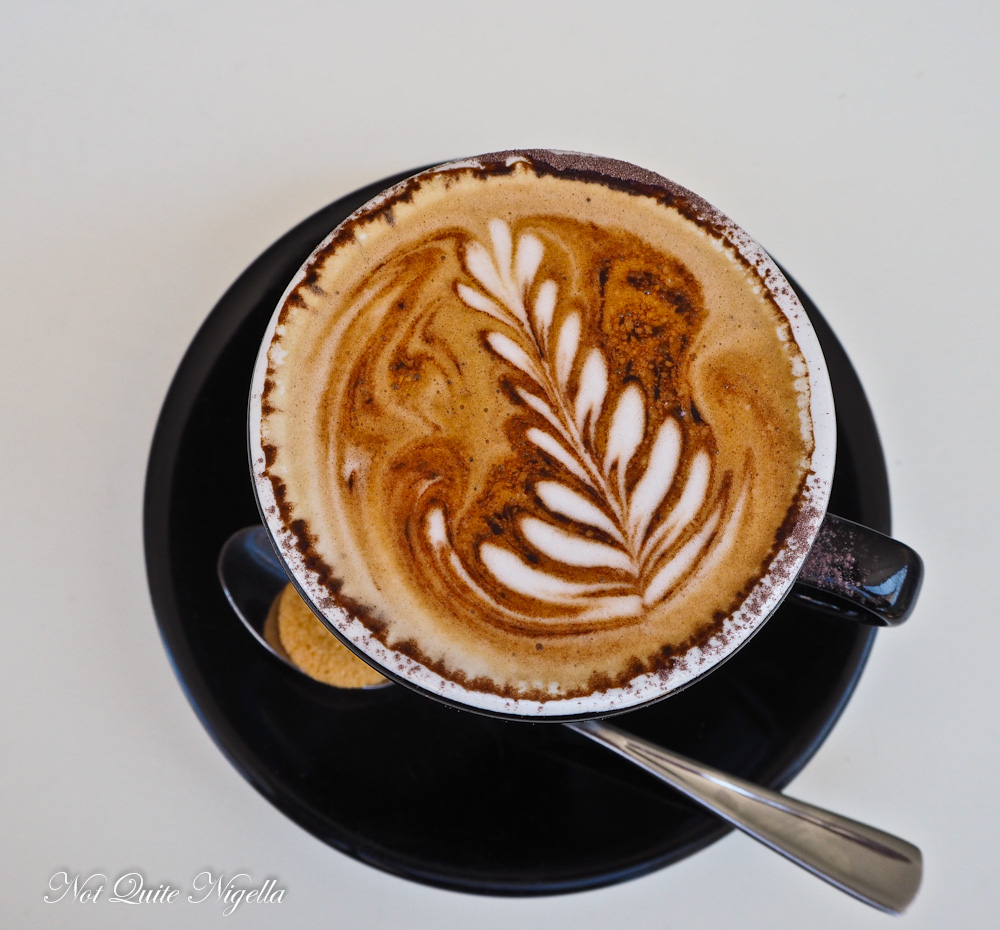 Amanda and I peer into the cake display. On the bottom shelf are sausage rolls, pies and quiches but we are told that the beef pies have just come out of the oven so we order one along with both sausage rolls given that we both love these schoolyard favourites. The coffee is also excellent and the tea comes out in a cute arrangement. 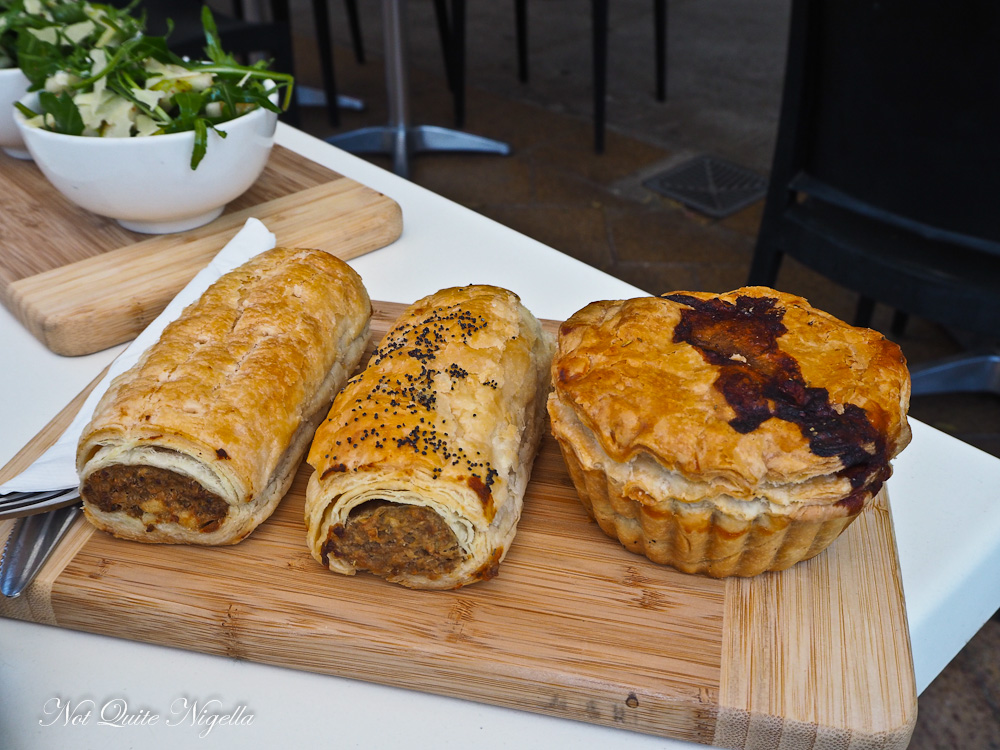 The traditional sausage roll is actually made with beef and a grain mustard and is one of the silver award winners. Simon explains that to win the awards, everything must be made on site to qualify among other strict judging criteria. It's comforting and good but I think I slightly preferred the lamb and rosemary sausage roll as it has just that extra bit more flavour but it's a hard one to judge. Each of these can come with a rocket and pear side salad. 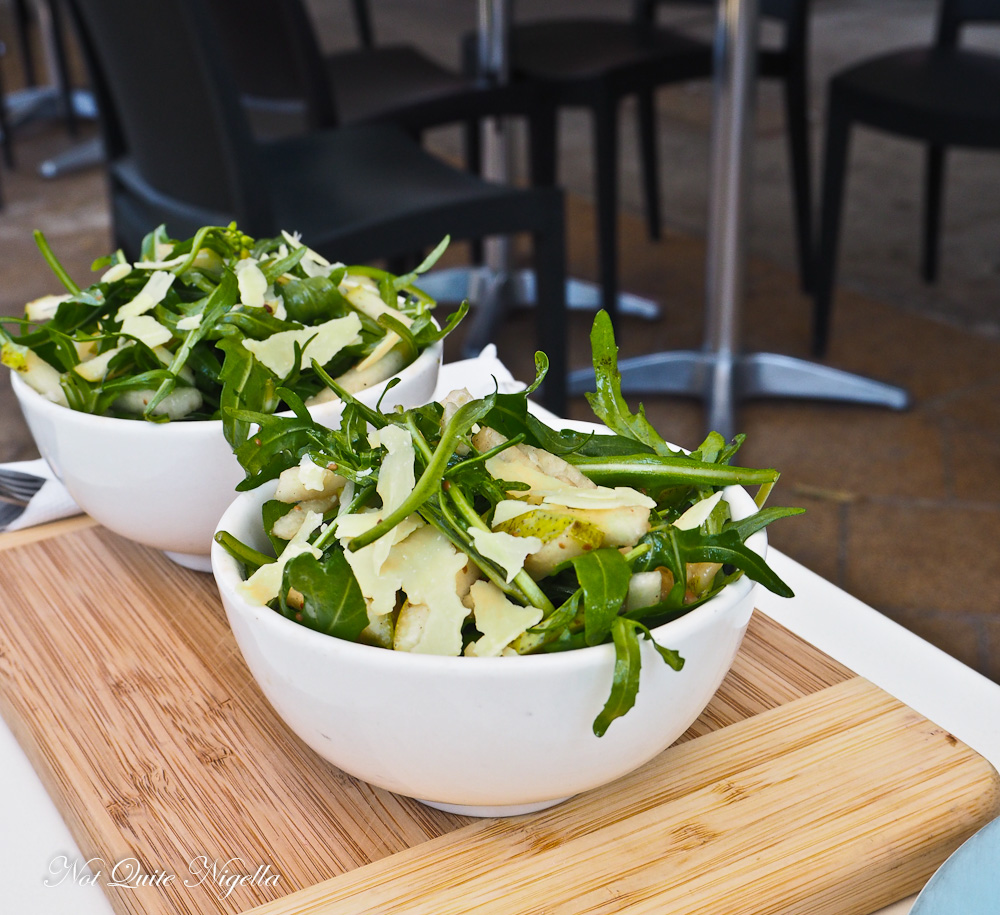 The beef and batch stout pie is full of softer than soft beef chunks rather than mince. The flavour of the stout is very mild and taking a bite into it causes splinters of puff pastry to shower upon you. 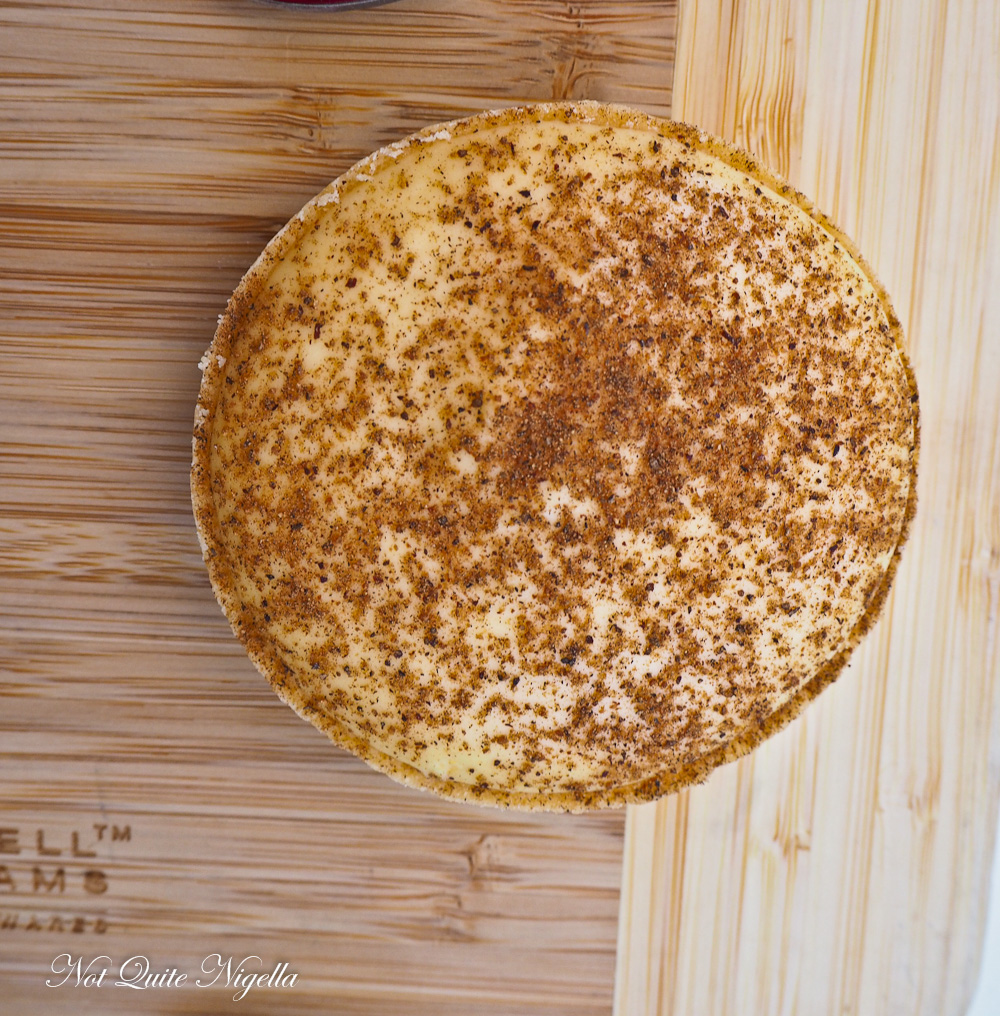 Simon tells us that the whole business started with this tart, or specifically these four items that are his original creations. It took him six years to come up with the perfect combination of crisp shell and silky custard and freshly grated nutmeg on top. These are not Portuguese custard tarts but an old skool Australian bakery custard tart. These tarts are sold on the day that they are baked to retain the crisp pastry crust. I expect it to be good but I am caught surprised at just how good it is. There isn't the usual bouncy, gelatinous texture of the custard. Instead it is silky smooth and rich and Amanda and I find ourselves going back for spoon after spoon of it. 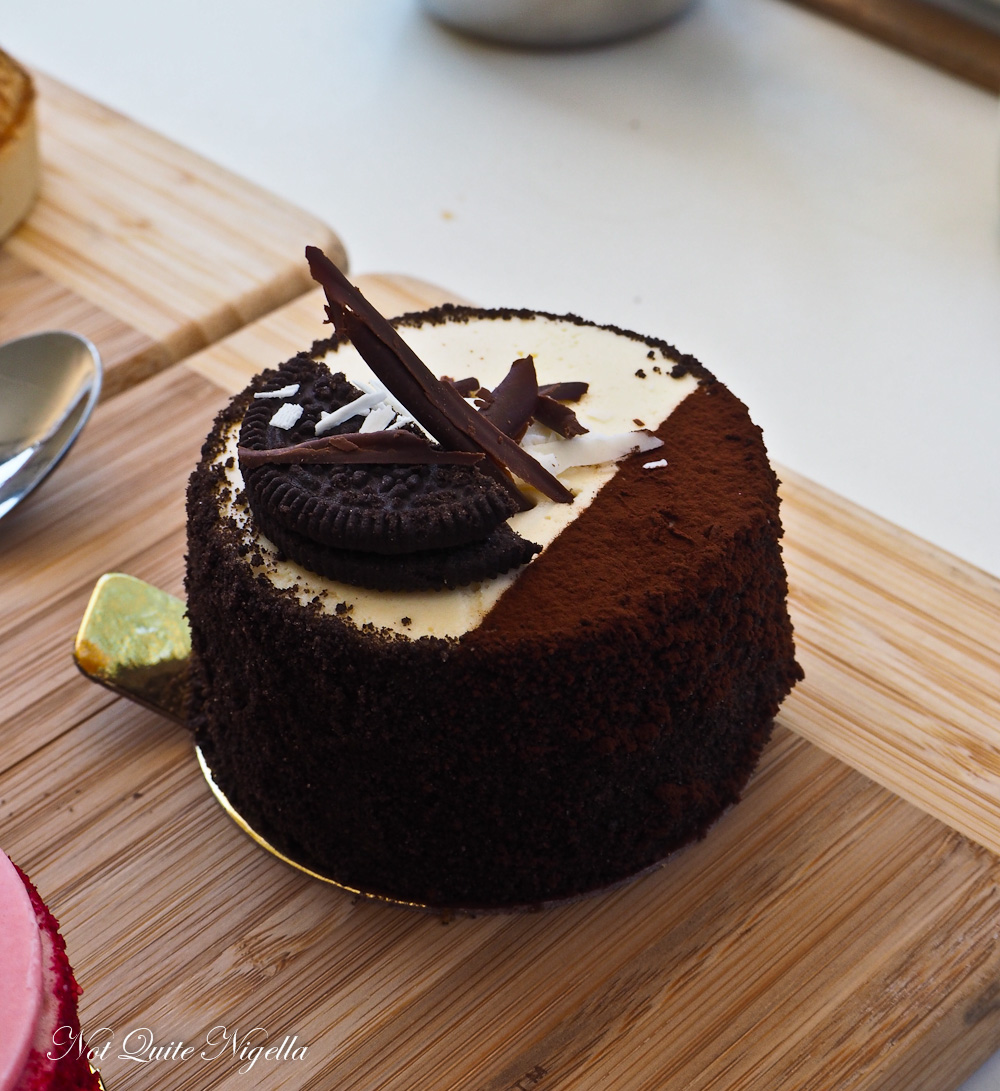 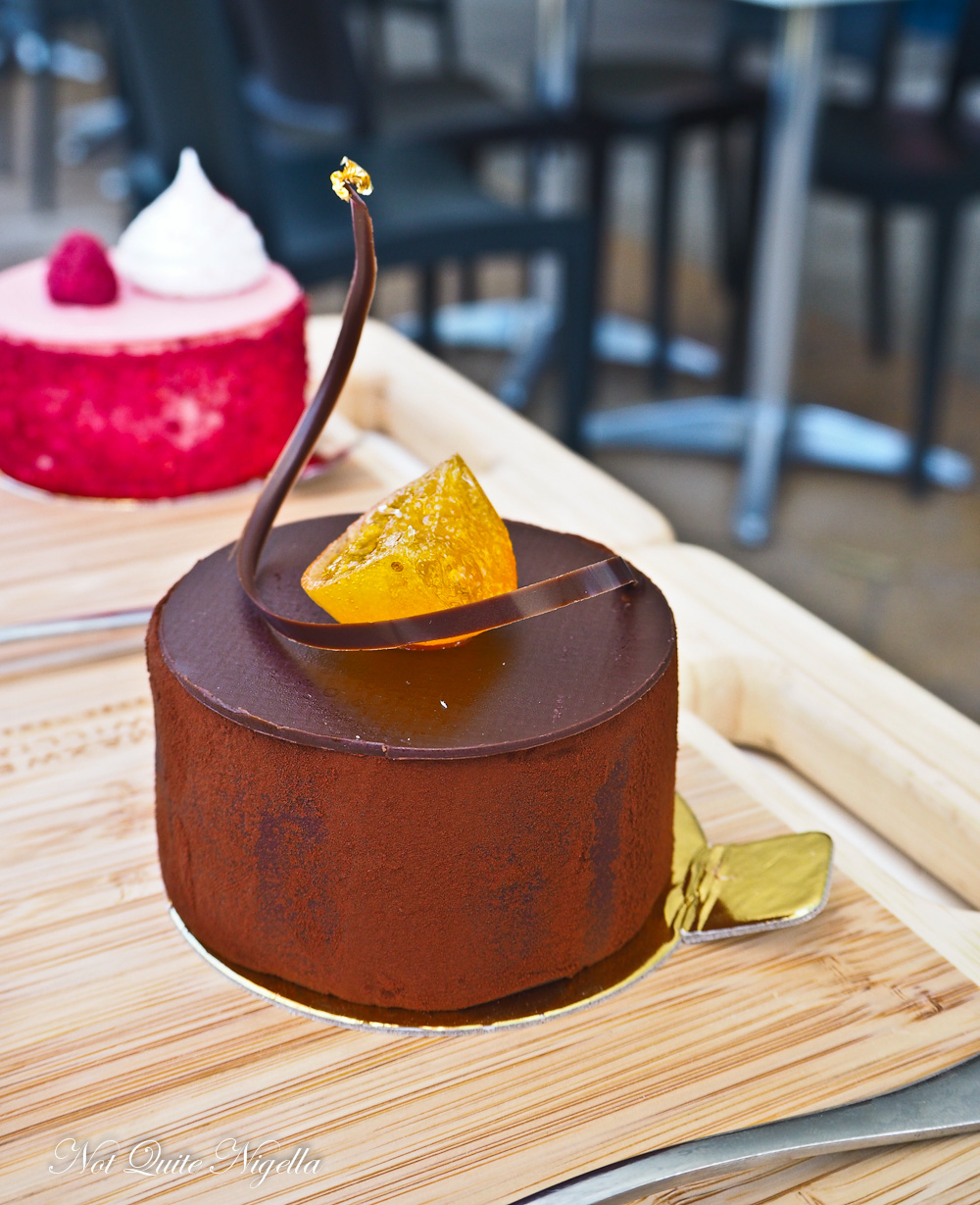 Although I'm not usually a chocolate and orange lover, the Jaffa mousse wins me over immediately. Made with milk chocolate mousse with a gluten free orange sponge soaked in Grand Marnier it has just a hint of orange so that it isn't overpowering. 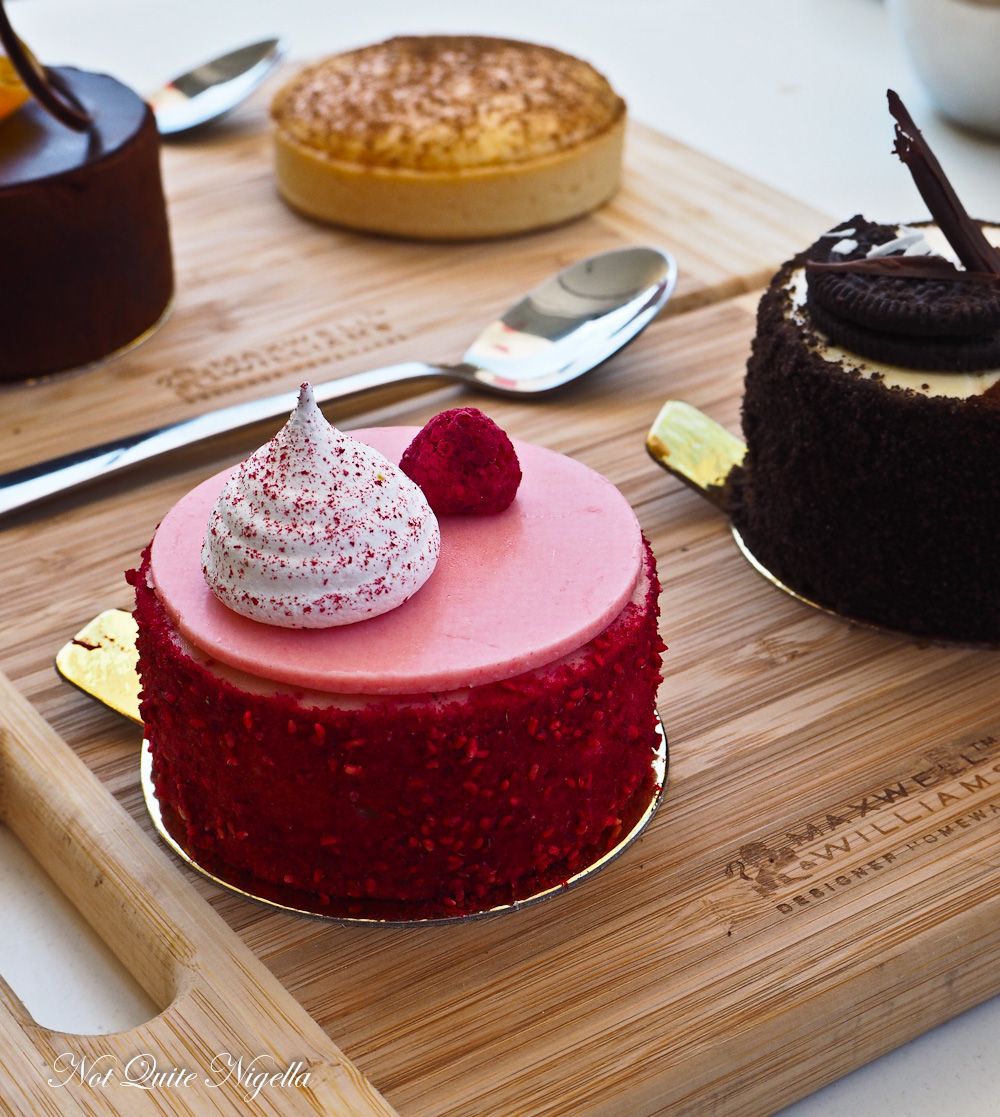 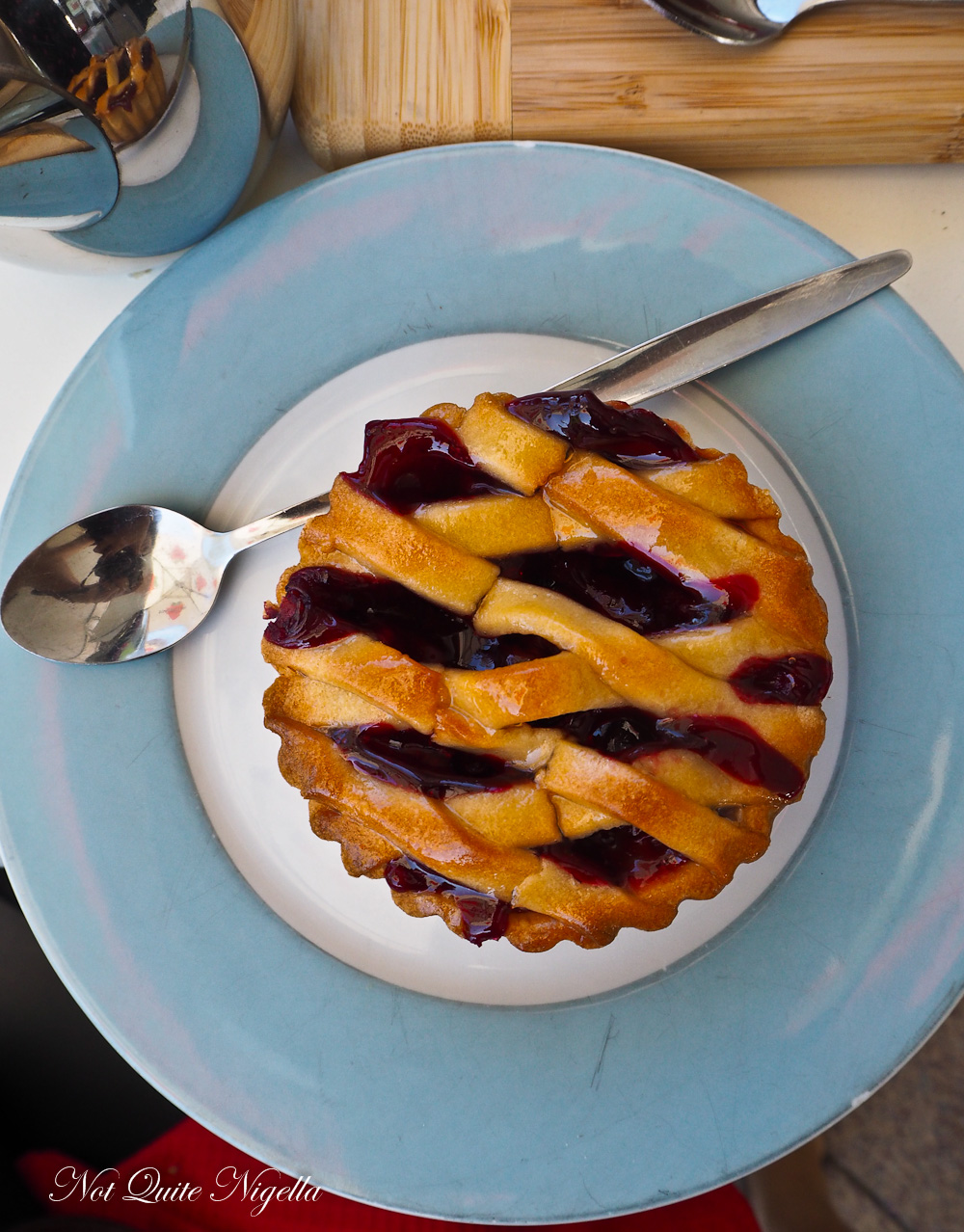 We're reminded of those glorious cherry lattice pies from the television show Twin Peaks and the pie is full of sour cherries with just the right amount of pastry.

The cakes change seasonally and it was Mangan that taught Simon to work on the 90 day rule that matches the seasons to when ideas and creations need to change. However, there is one thing that is always available and that is the nutmeg flecked custard tart.

So tell me Dear Reader, do you often say that something is "the best" or do you tend to reserve judgement? And do you prefer pies or sausage rolls? As much as I love pies, I can never resist sausage rolls!