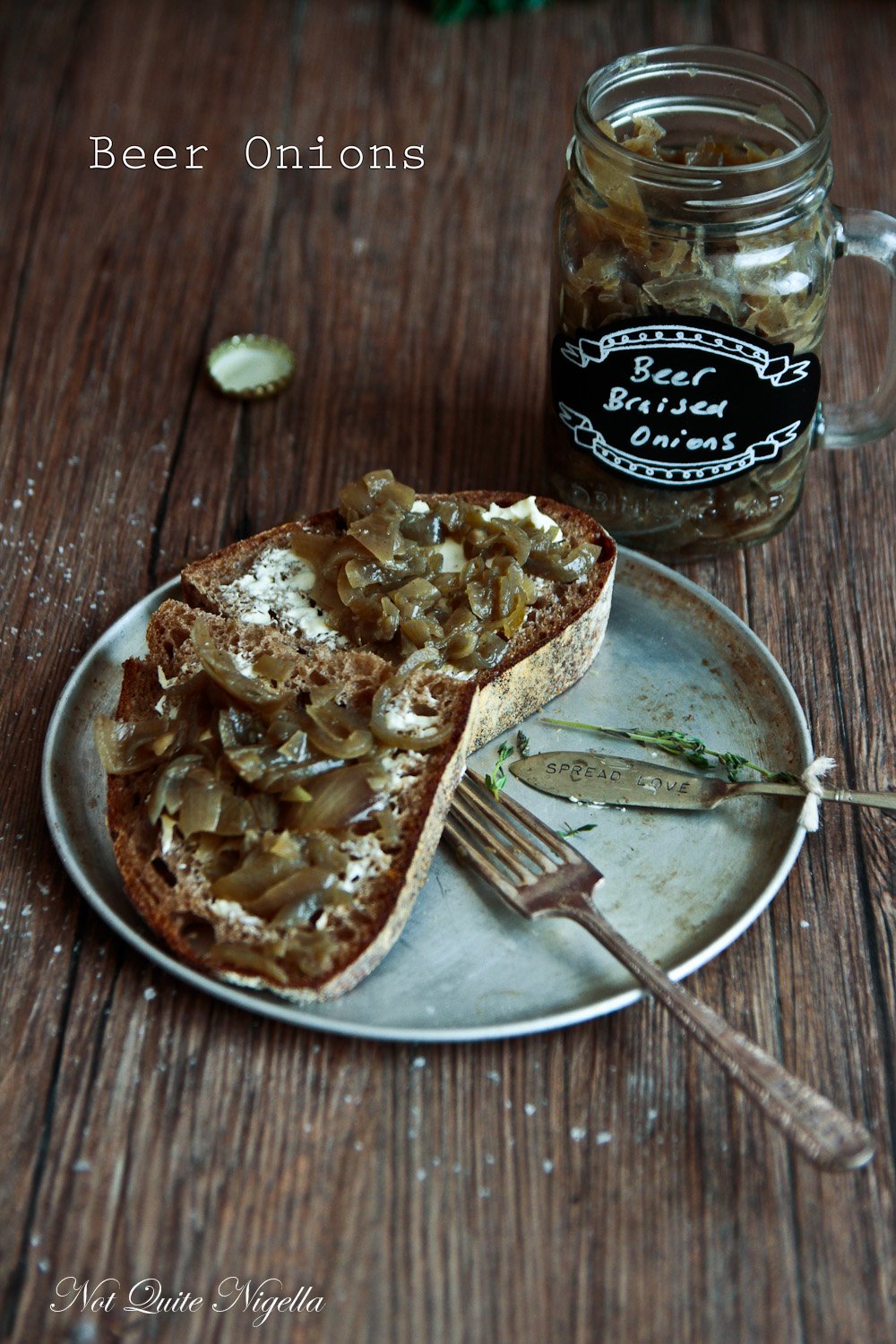 The process of slow cooking onions until sweet and soft is a little time consuming although nothing to really get too overwrought over. Instead of using lots of butter and oil, these onions are gently braised in beer so that the flavour of the hops comes through. A little salt and sugar is then added to season it. It's a great edible Christmas gift for a savoury lover and goes well spread on bread with cream cheese or to accompany roast meat or sausages.

I was talking to a friend who has a god child that she takes care of quite often. Last week she brought him to see Santa and he told Santa the list of what he wanted and promised that he had been good. Before he jumped off Santa's lap, he asked Santa if he would like cookies and milk left out for him.

Santa shook his head. "Santa would like beer... I mean ginger beer without ginger," he said. 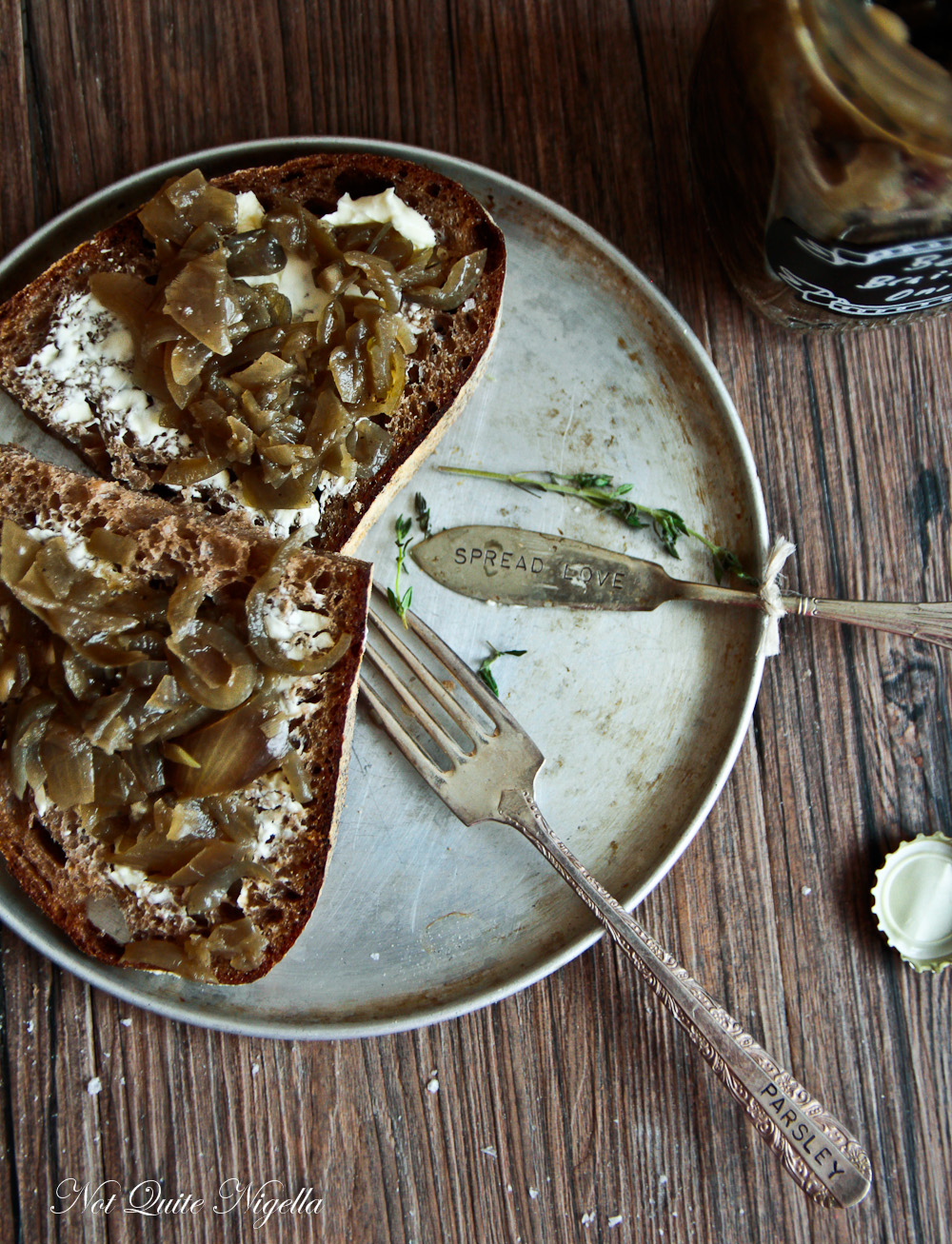 Her god son thought about it for a moment and his mind was trying to process the idea of ginger beer without ginger. "I don't think we have that Santa but mum has lots of wine, can I leave you some of that?" he asked.

"That will do!" Santa said and a pact was made.

Sometimes people just want a beer and whilst I don't drink a lot of the stuff, Mr NQN loves the stuff. I actually prefer cooking with it than drinking it. It can add a great flavour to savoury to sweet dishes. One thing I tend to make around Christmas are edible gifts. They're usually sweet but sometimes you need to give a gift to someone that doesn't like sweet and that prefers savoury.

I can't lie, cooking these onions takes time, about an hour, but it can be done in the background as they need little attention while they slow braise. They are delicious and versatile, lightly taking on the flavours of the beer. They pair perfectly with meat but also go well with vegetarian dishes and can easily fill quiches or vegetable tarts. You may actually choose to keep a jar in the fridge for yourself!

So tell me Dear Reader, are you leaving anything out for Santa? What will it be? And do you prefer wine or beer? 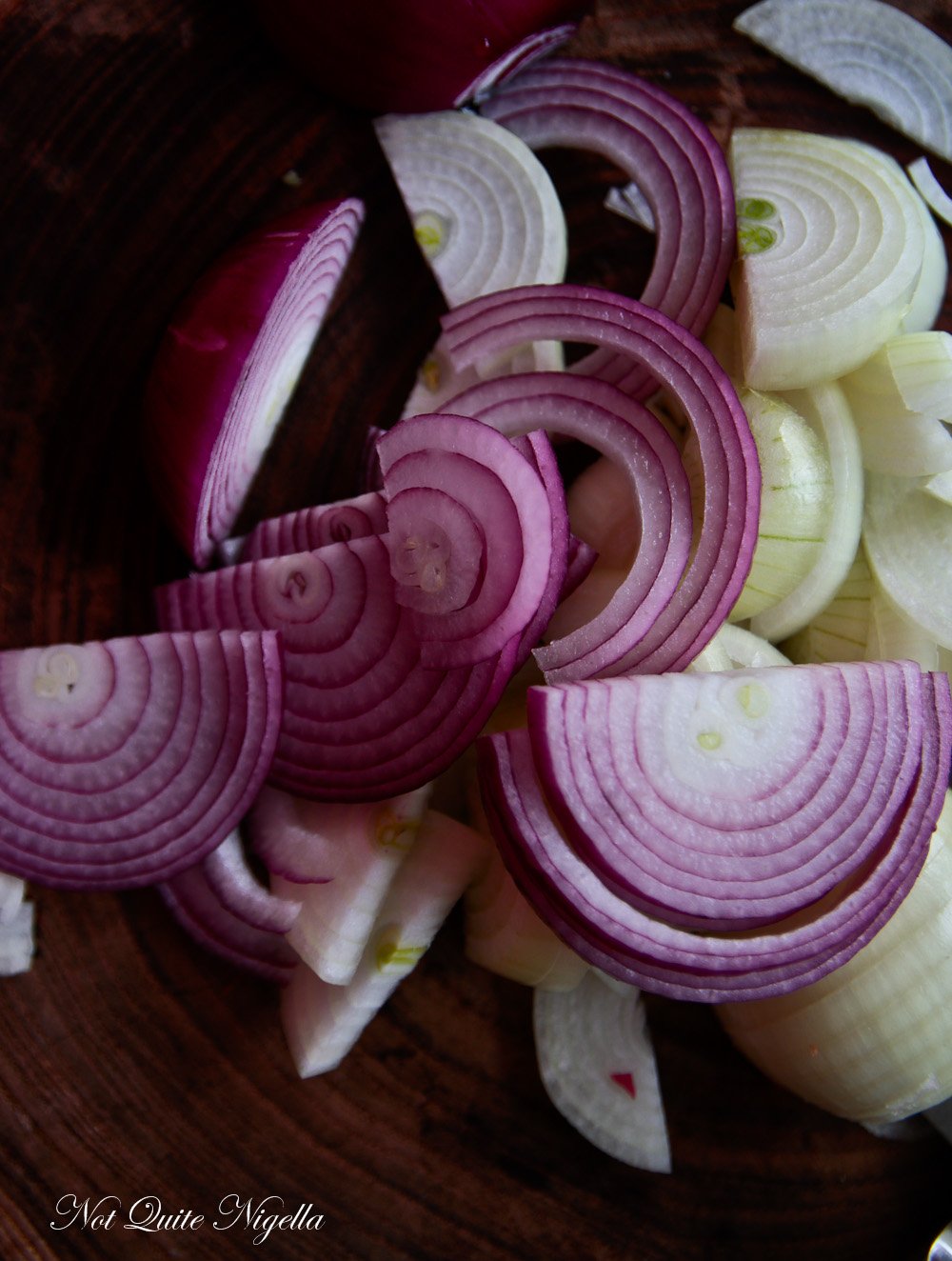 Step 1 - Slice onions into rings of around the same size (you don't have to be exact, just roughly the same will do). Heat a frypan on medium heat and add the oil and then the onions and thyme. Fry for a minute and then add the beer. Once the beer is simmering, turn down the heat to low medium and cook gently for 30-45 minutes turning a few times during this time. 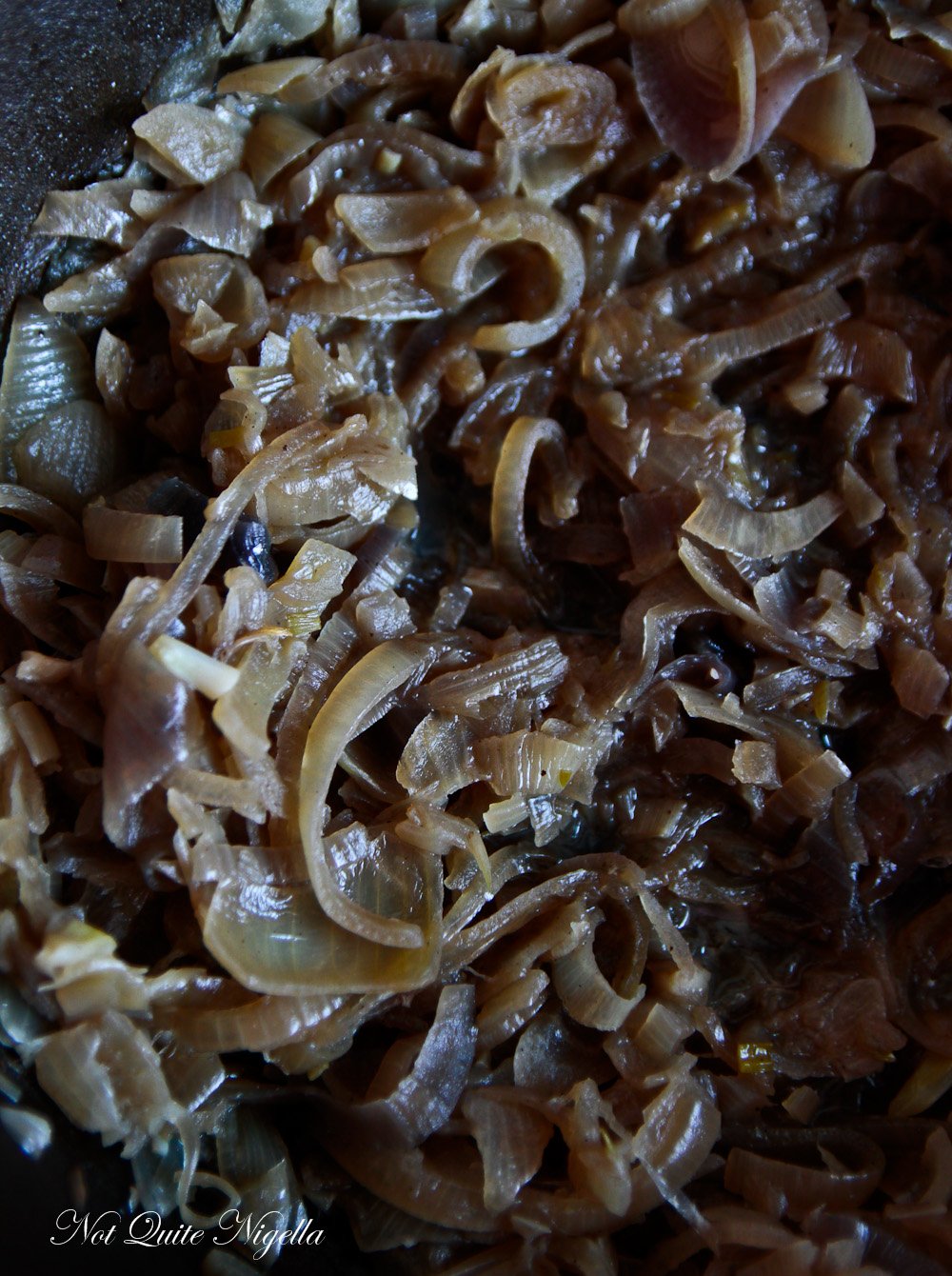 Step 2 - When the onions are soft and sweet (add more beer if you need to), add the sugar and salt according to taste. The beer gives it a distinct beer tang but if you want to temper it you can add more sugar.