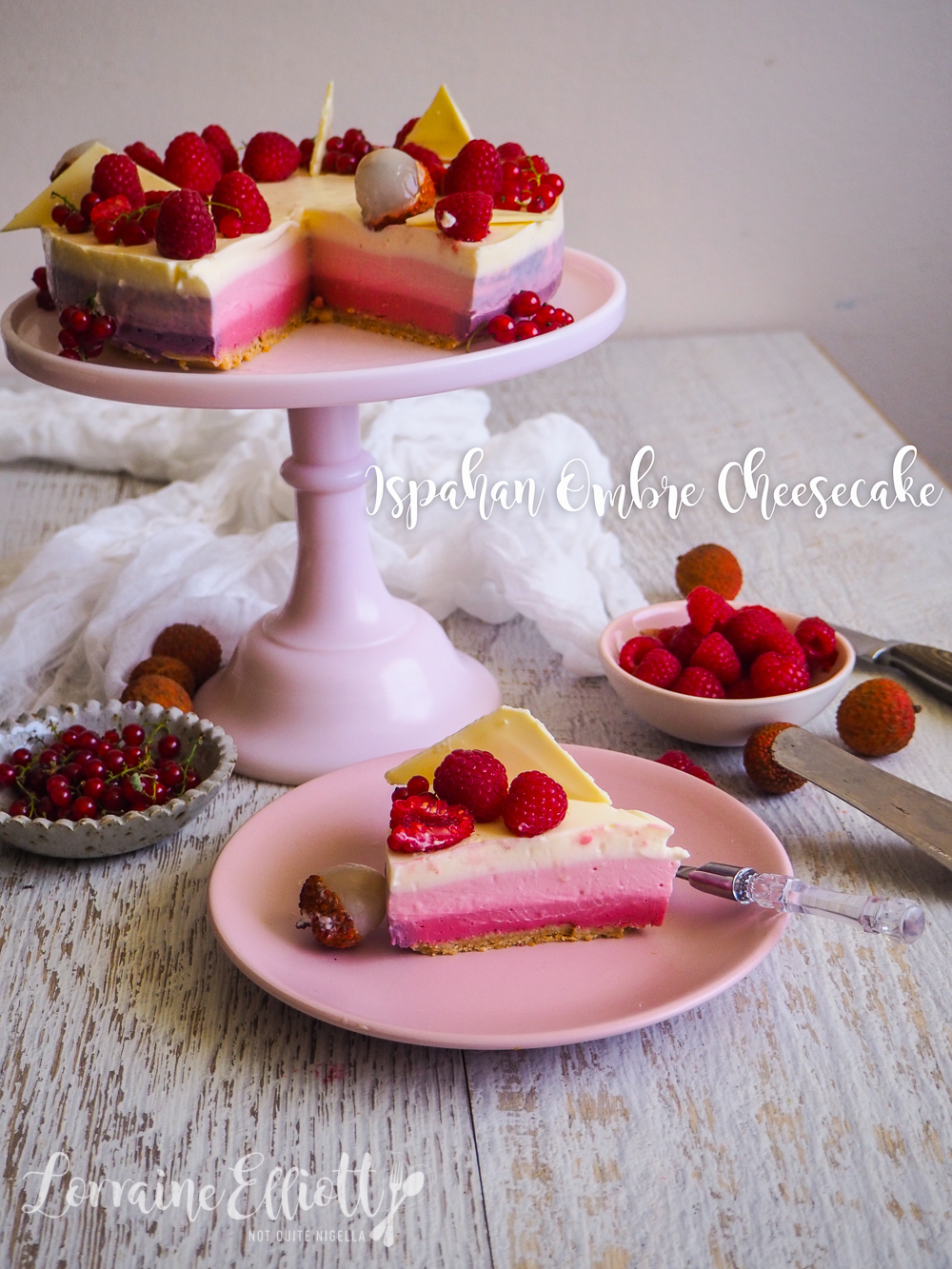 With Valentines Day just around the corner, how about making this pretty ombré cheesecake for your loved one be it a partner or a bestie? This raspberry and lychee ombré cheesecake is three layers starting with two layers of raspberry cheesecake and a top layer of lychee cheesecake. It also has a wonderfully delicate panna cotta-like wobbly texture! I called her Kitty (after my first cat).

Mr NQN pointed out twice that he liked this cake so much and he is a man of very little comment and I usually have to cajole a reaction out of him. I loved it because it wasn't overly sweet and it was very easy to do. All you need is space in your fridge for it to set and you can make one layer easily and then leave it for a few hours and then repeat. It's really the perfect cake for low key cake making on a weekend where you just want to read a book or watch a series. Or if you have a day running errands and going in and out. 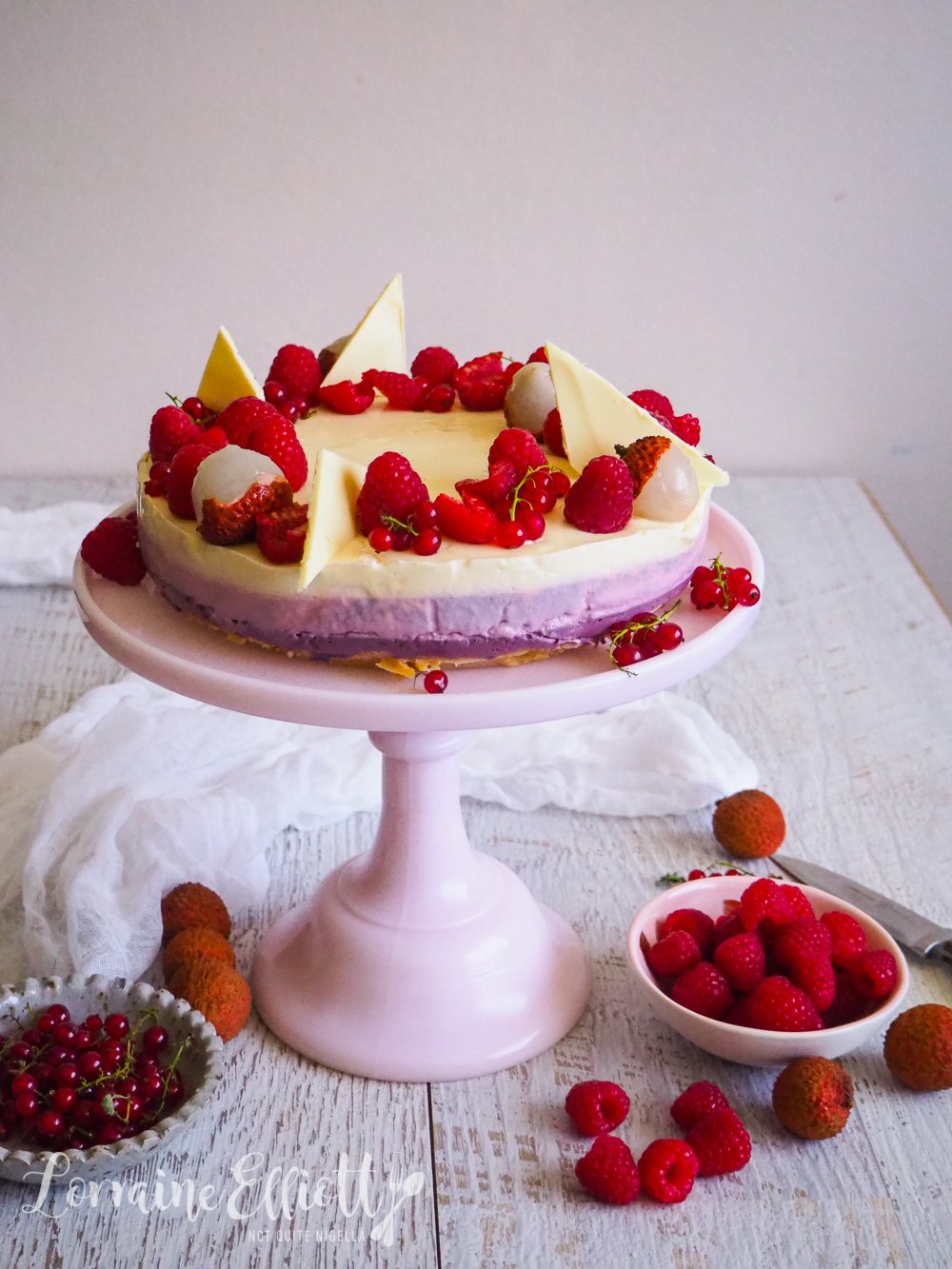 Speaking of Kitty, before Christmas when we were in the hospital visiting my father the nurses would ask us to engage him in conversation as much as possible. Every day we'd ask him a round of questions starting with our names. By day three he got most people's names so we widened the net for questions.

"What was our first cat's name?" my mother asked my father. 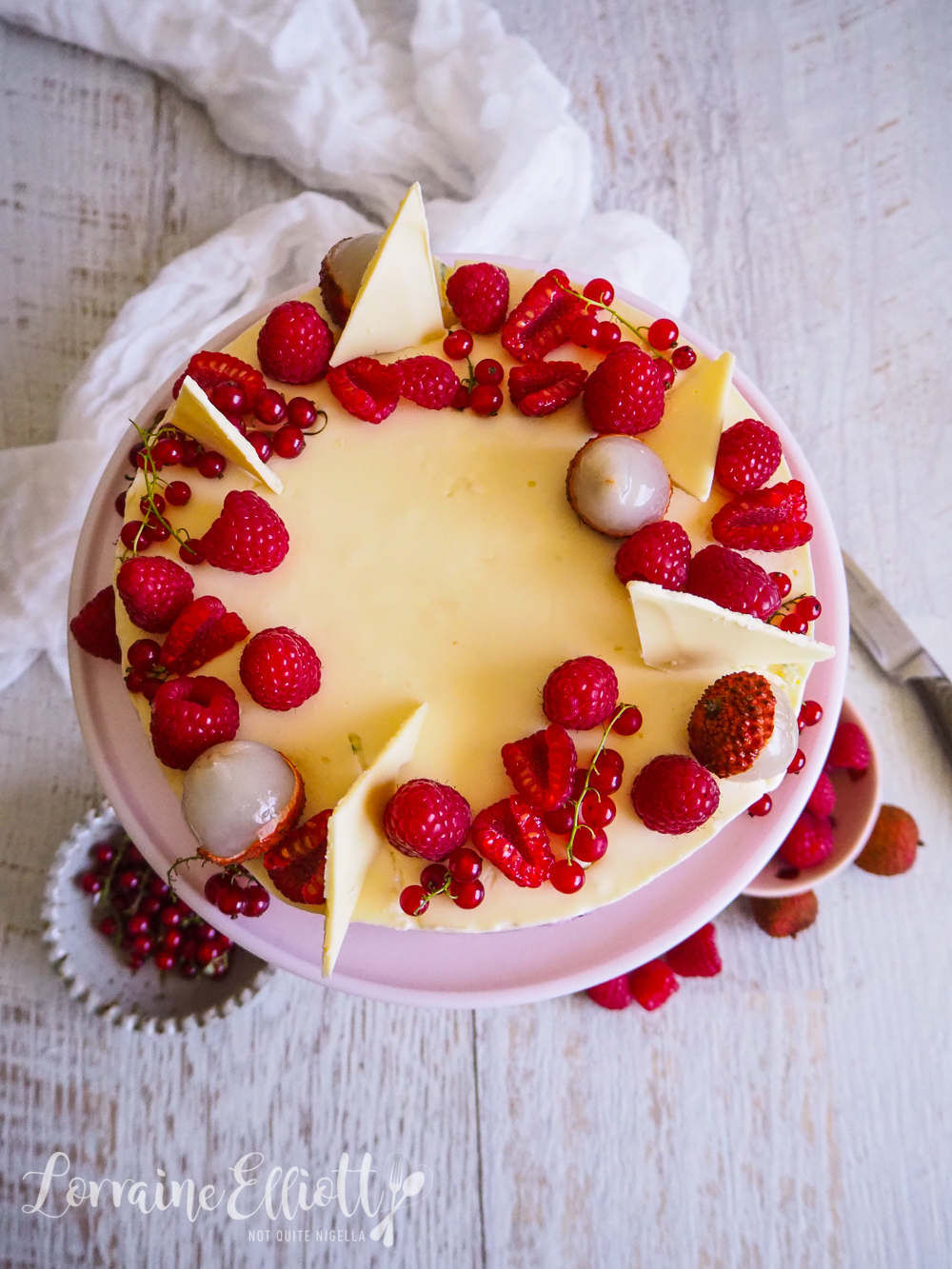 He tilted his head sideways to the left and right and furrowed his brow. "Errr" he said, thinking hard. I could tell that it was on the tip of his tongue.

"You know it right?" we said trying to encourage him.

Now before I tell you the alternate name for my first cat I need to explain a few things. Our first cat was an unfriendly ginger tabby with enormous anger management issues who scratched everyone he came into contact with. And because we were young we gave this cat about 10 names because we were so excited about the idea of calling its name and it responding when we called. And one of these names back then was G rated, but now has become rather X rated. I've always referred to this cat as Kitty because that's what my sister and I called it, but my parents used the alternate name.

"Can you remember the name?" asked my mother. 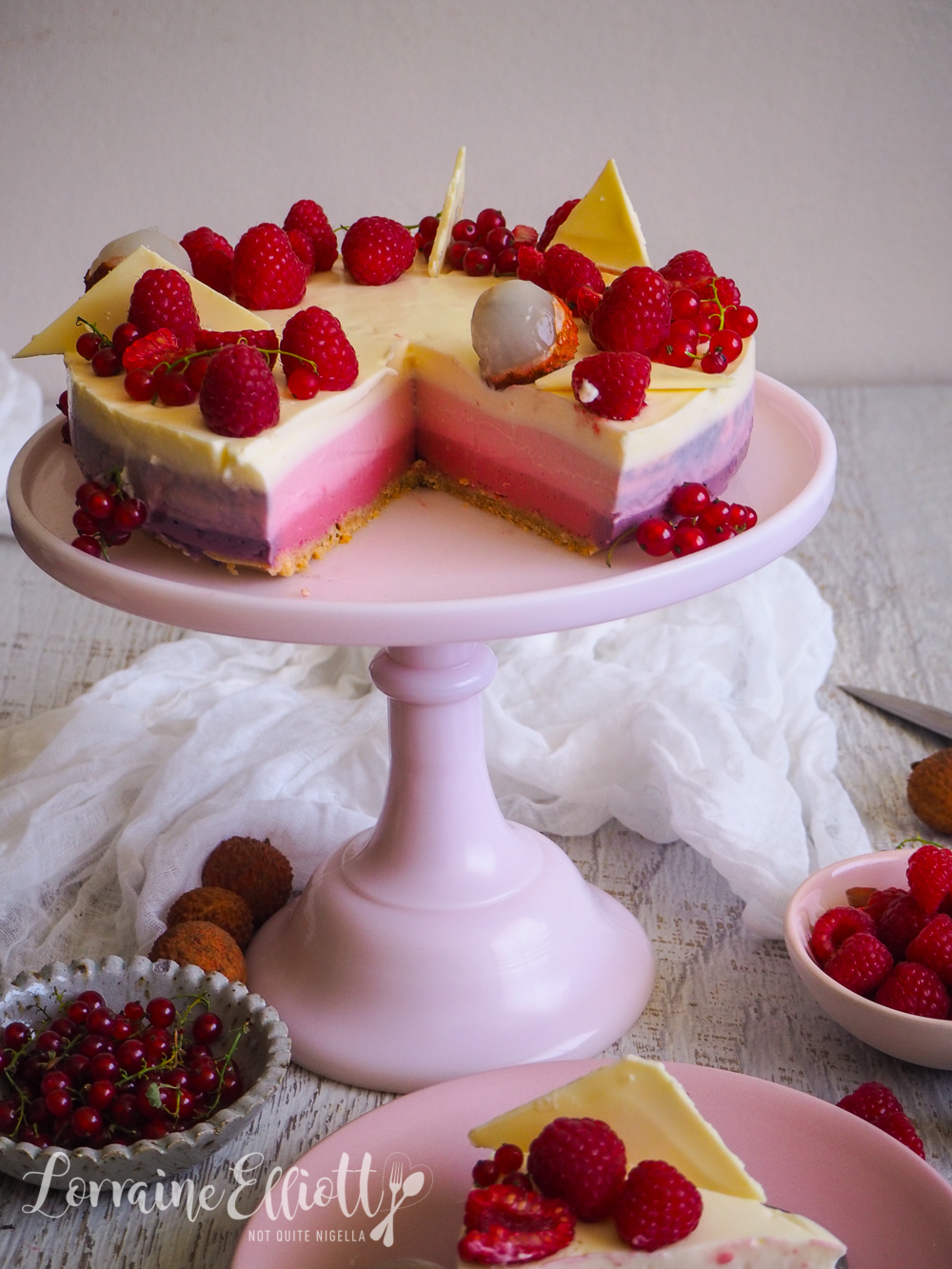 "It's PUSSY!!! PUSSY!!!!" she exclaimed loudly, her voice reverberating around the share hospital ward. This stirred up a commotion among the other patients and their guests. I heard gasps of horror and tsking.

"Oh my god staaahp!" I said trying to shush her in between laughing so hard that my stomach hurt. I actually think my mother still has no idea that it has become an X rated term. In fact she is probably still wondering why I shushed her!

So tell me Dear Reader, would you be surprised if someone shouted that term out loud? Do you see it as a G rated or X rated term? Are you making anything special for Valentines Day? 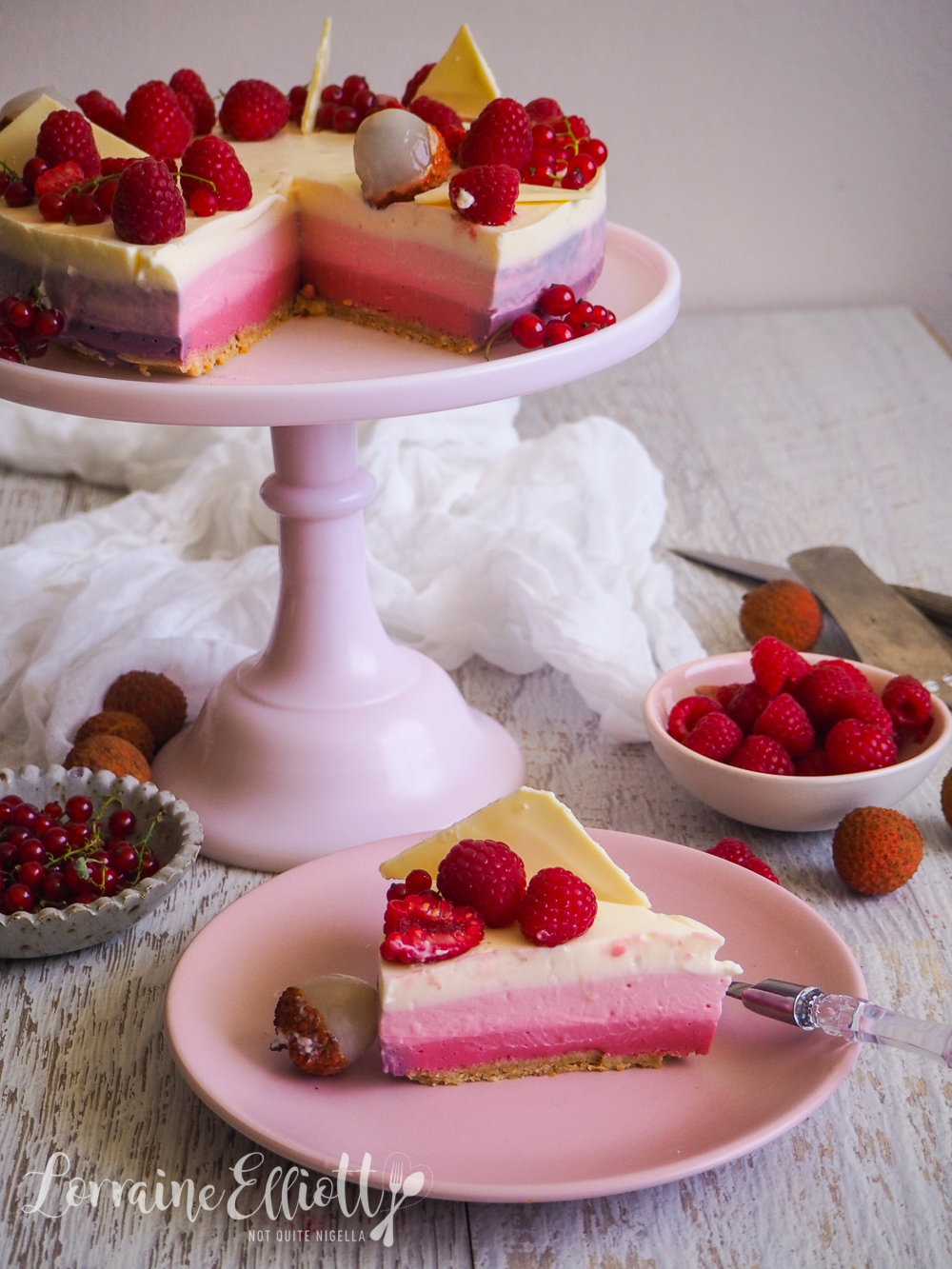 Note I used 2 titanium gelatine leaves per layer and this gave the cheesecake a lovely panna cotta and wobbly texture. Use 3 if you want your cheesecake firmer. To make the raspberry puree, use 500g/1.1lbs frozen raspberries and press through a sieve with a large spoon discarding the pips. 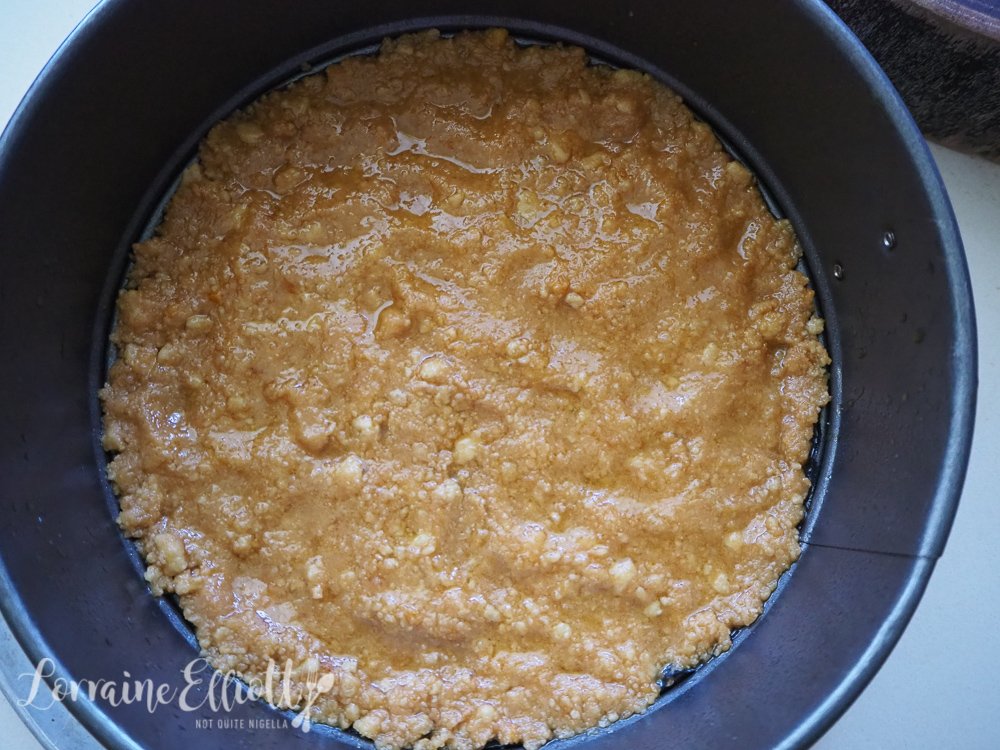 Step 1 - Line a 20cm/8inch springform tin on the base and spray the sides with oil spray. Break up the biscuits and blend with the melted butter and press into the bottom. Place in the freezer for 10 minutes while you make the first layer. 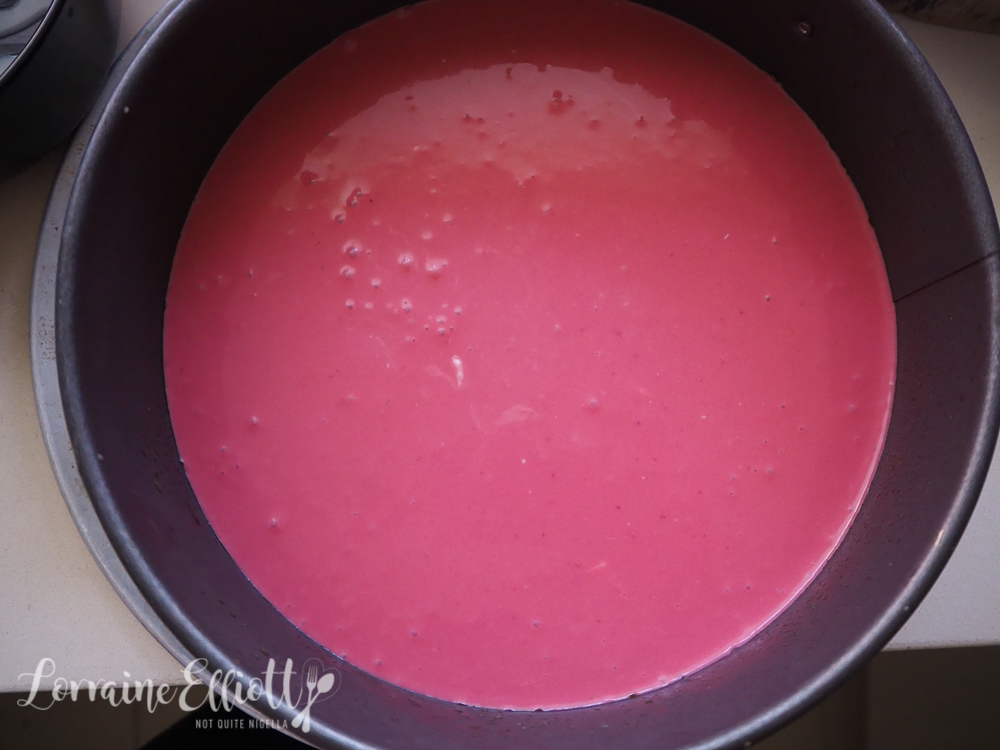 Step 2 - Place the layer 1 gelatine leaves in cold water for 3 minutes or so and then squeeze dry. Heat the cream (30 seconds in the microwave will do) and then stir the gelatine leaves into the cream. Set aside. Place the raspberry puree, cream cheese and sugar in a food processor and blend until smooth. Then add the gelatine cream mixture and process again. Spoon into the prepared tin and allow to set firm. 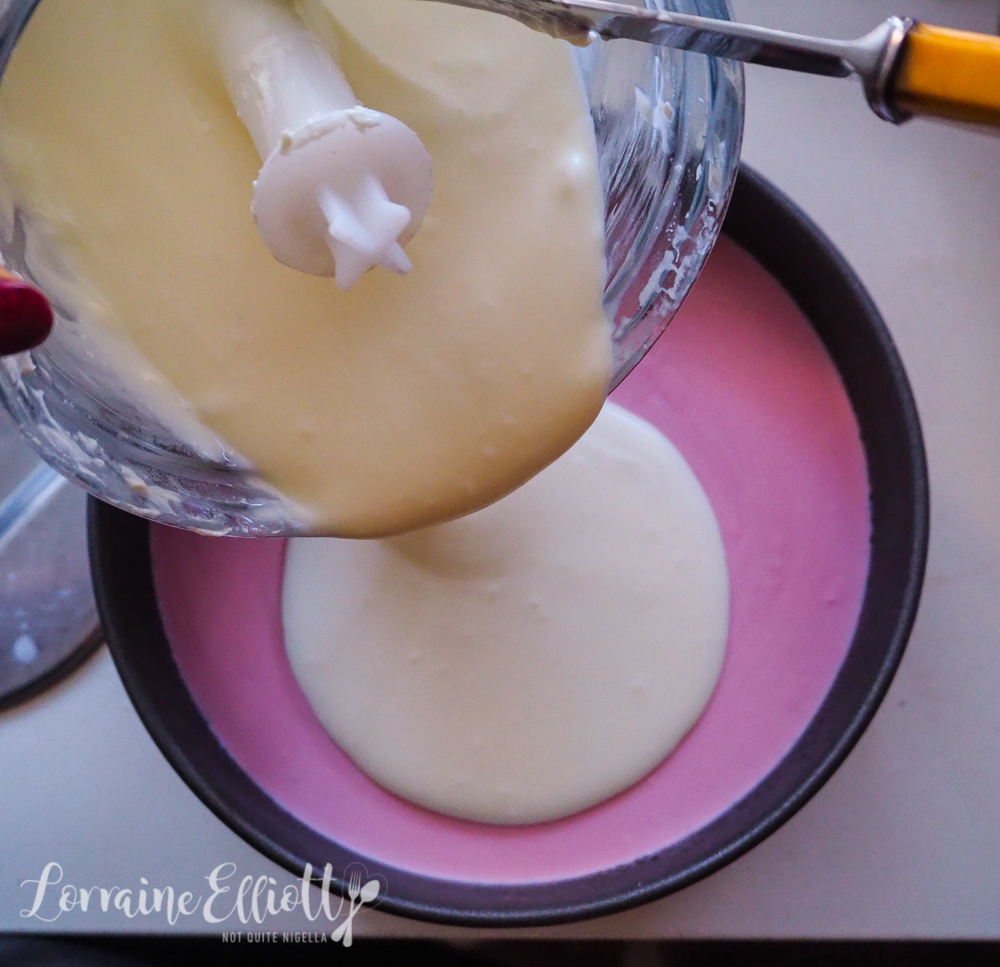 Step 3 - Make the second layer. Repeat process with gelatine leaves and cream and then puree the raspberry puree, cream cheese and sugar and then add the gelatine cream. Spoon on top of the previous layer-this will be a pale pink. Allow to set completely. Then make the third layer with the same method but using the lychee instead of raspberry. Allow to set completely. Top with fresh raspberries, lychees, redcurrants and thin white chocolate triangles.