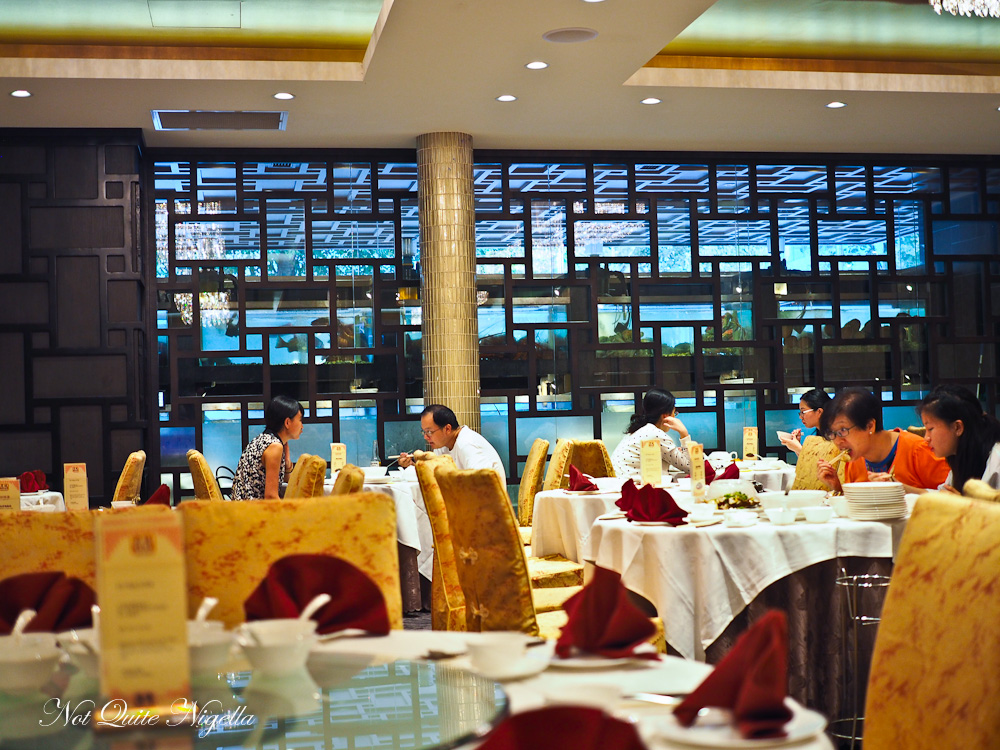 I don't know why, but Chinese family dinners, especially ones that involve the whole family including my sister Blythe are always full of drama and hijinks. And did I mention drama? It was my mother's birthday and Blythe was visiting from London. We had booked a table at Star Capital Seafood in Chatswood for the occasion. But one thing left us very surprised...

And there we all were staring at the menu, eyes widening with every page turned. "Umm is shandong chicken really $73?" Blythe asked pointing to a dish that is essentially chicken, vinegar, spring onion and chilli. And it was $73 and without a special annotation like "The chicken was massaged back to life using a Tibetan master's ghost hands". We did a quick price check: Peking duck $108.80, vegetables $48, sticky fried rice $42.80. When did Chinese restaurant prices become so high? There are no prices on the website so we weren't expecting this.

The manager comes over to take our order. I order some pippies, a small amount at 500g (1kg would have been better but I just plucked a number out of my head). He looks at me with barely concealed derision. "Is there anything else?" he says. 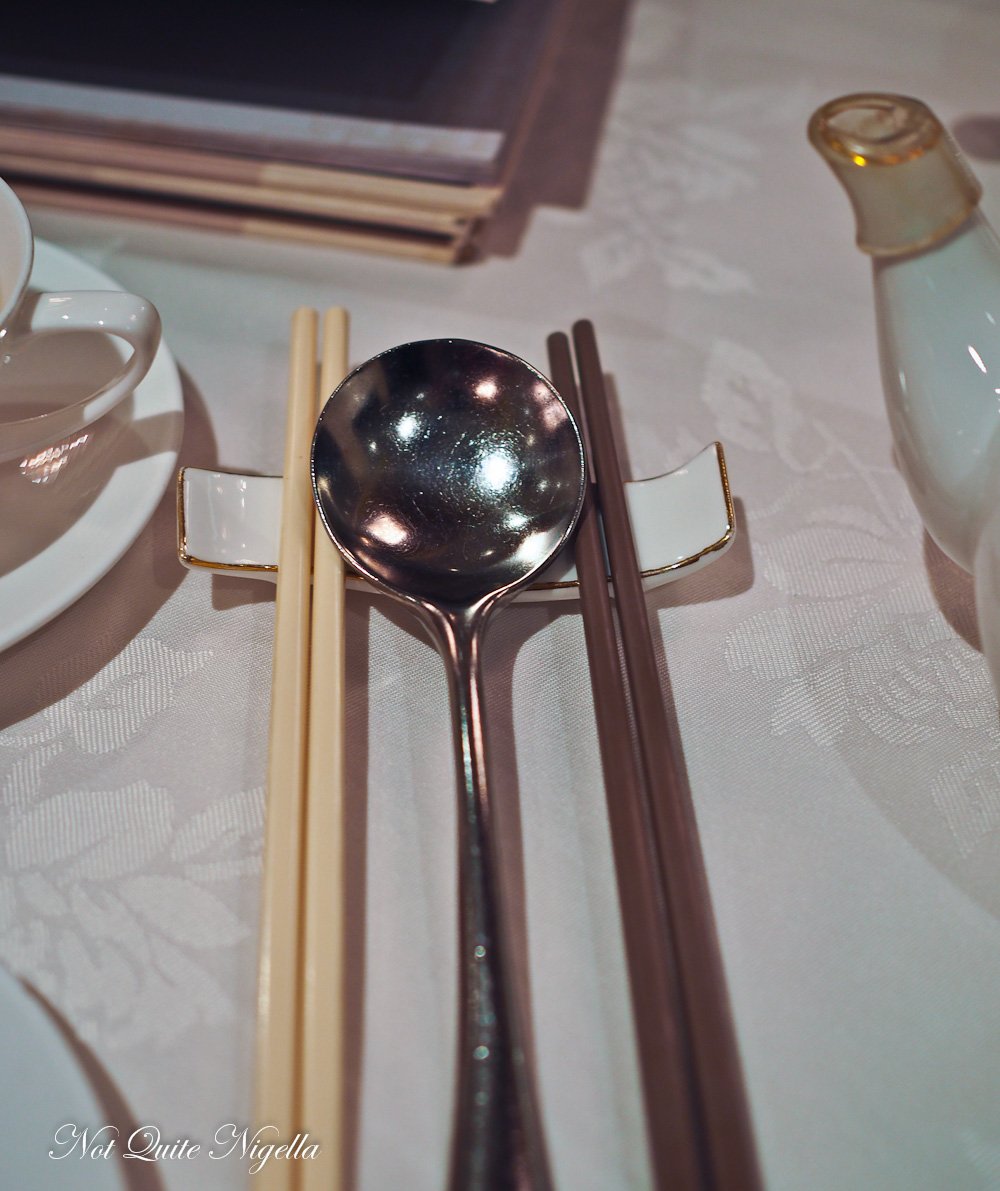 Well yes there is, considering I have only ordered one dish for five people. I order the rest of the items and a few minutes later he flies past with 500grams of pippies headed to the kitchen. "500grams..." he says barely looking back. We order 1 kilo instead (I swear that one kilo looked more than double) and that's the last we have to see of him.

The restaurant is not decked out particularly differently but there are a lot of staff and because our booking is for 6pm there are about five of them standing very close to our table. When my mother asks for a fork and knife for my sister we wonder if Mr NQN is going to get them (99% of the time even though Blythe asks for a fork and spoon, they automatically hand it to him, I guess as the only white boy at the table). We wait and they come by with a fork and spoon. With an elaborate "here comes the plane!" maneuver they present it to Mr NQN. After that with not much else to do they watch him eating (he is completely unaware as he isn't facing them but my mother is) and they seem fascinated by his use of chopsticks. 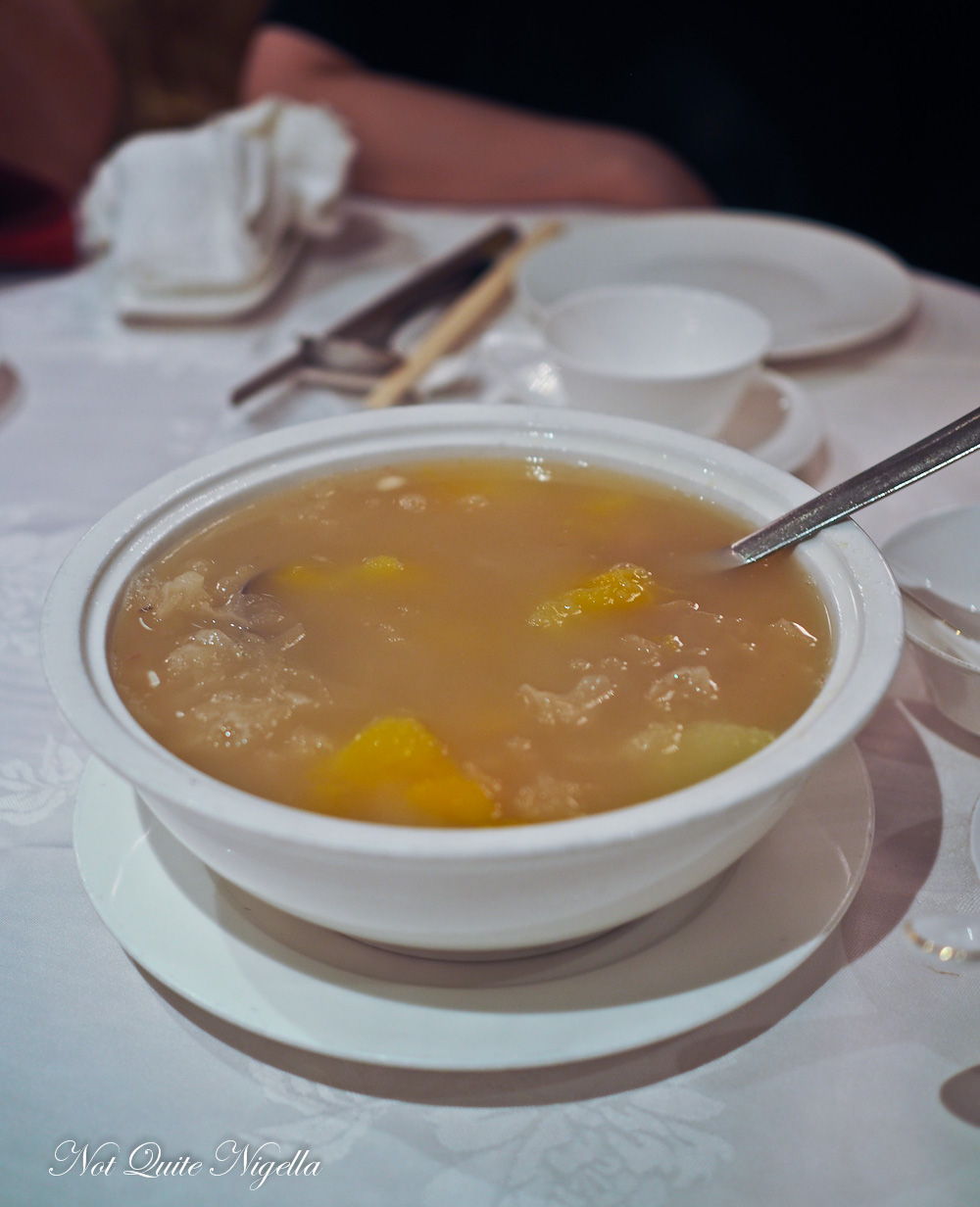 The complimentary soup is brought out. It needs a bit of seasoning but is a clear broth with squash and pork bones. 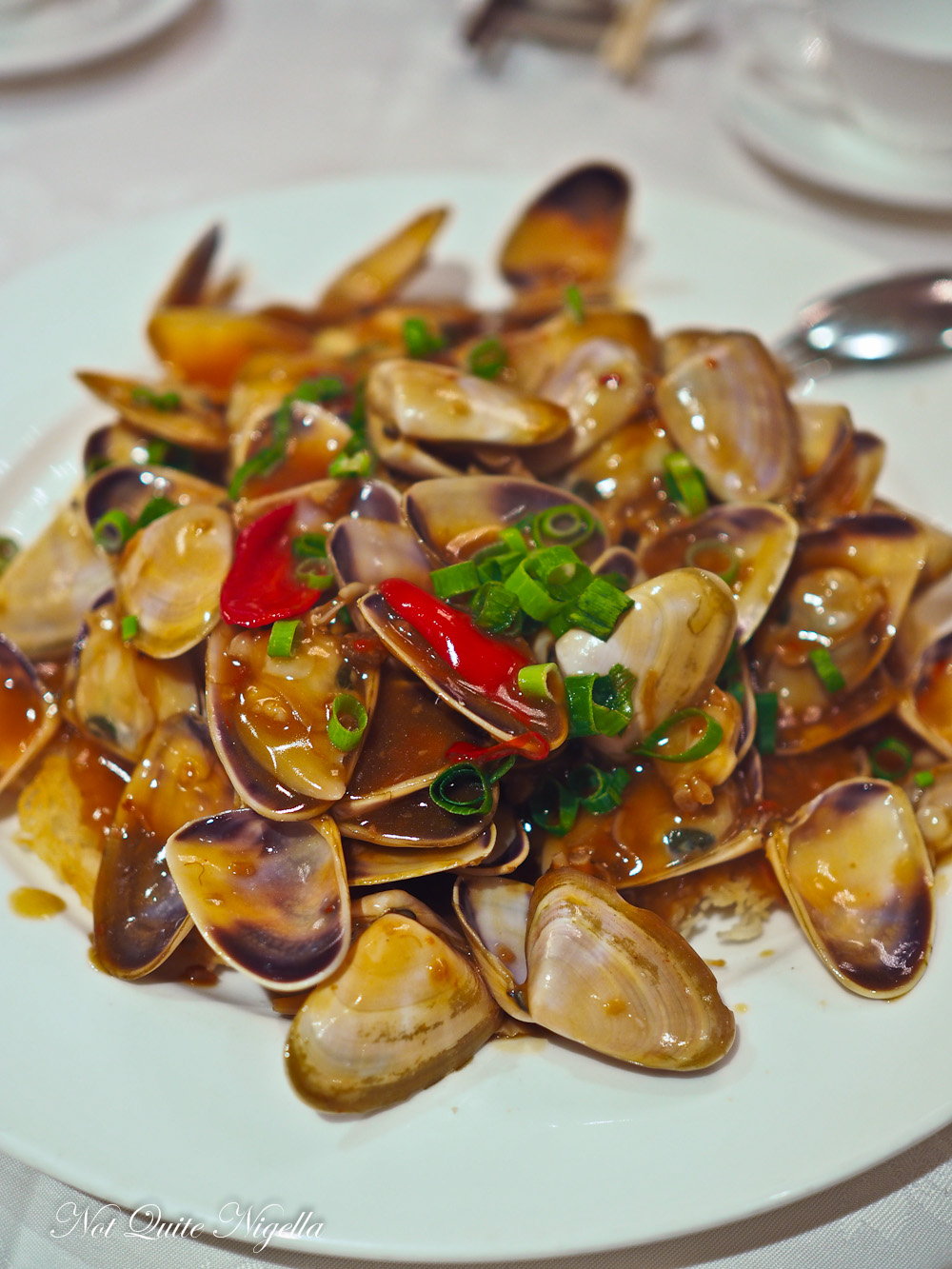 The pippies with vermicelli arrive next. The pippies are a bit shrunken and almost chewy and most have dislodged from their shells. Still the XO sauce is decent and I really like how crisp the vermicelli pieces are and the spicy abundant sauce. 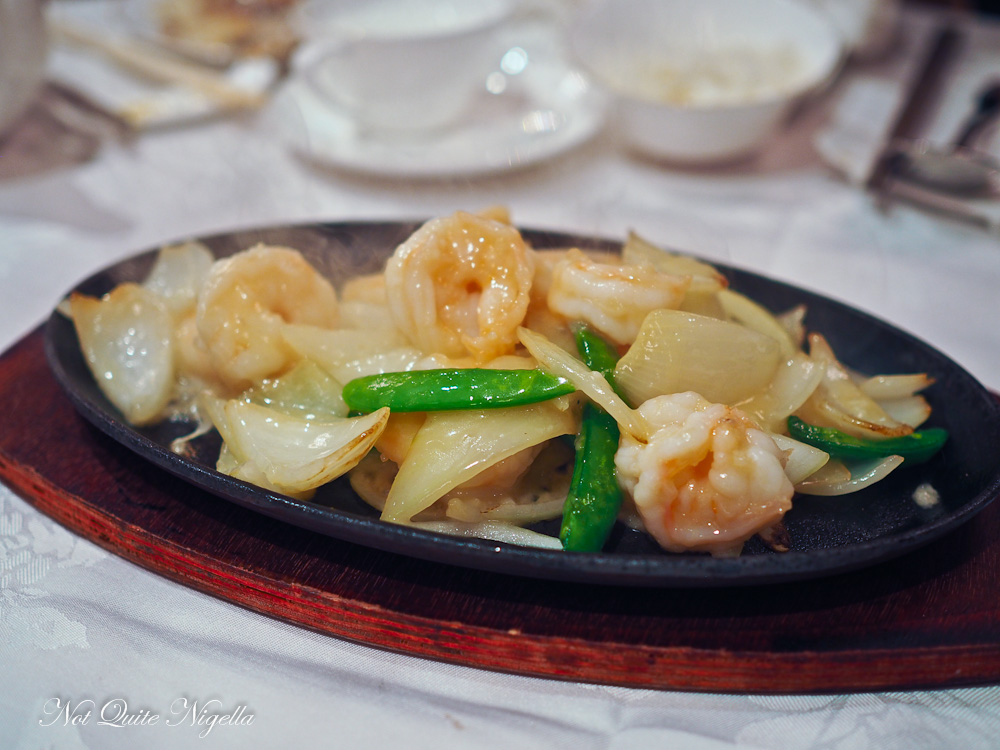 This isn't a huge dish, especially for the price and given that these weren't live prawns it's heavy on the onion and relatively light in the prawn. The garlic butter isn't quite as luxuriously rich as we've had in the past. I have one prawn as I'm not sure if there is enough for everyone to have two. 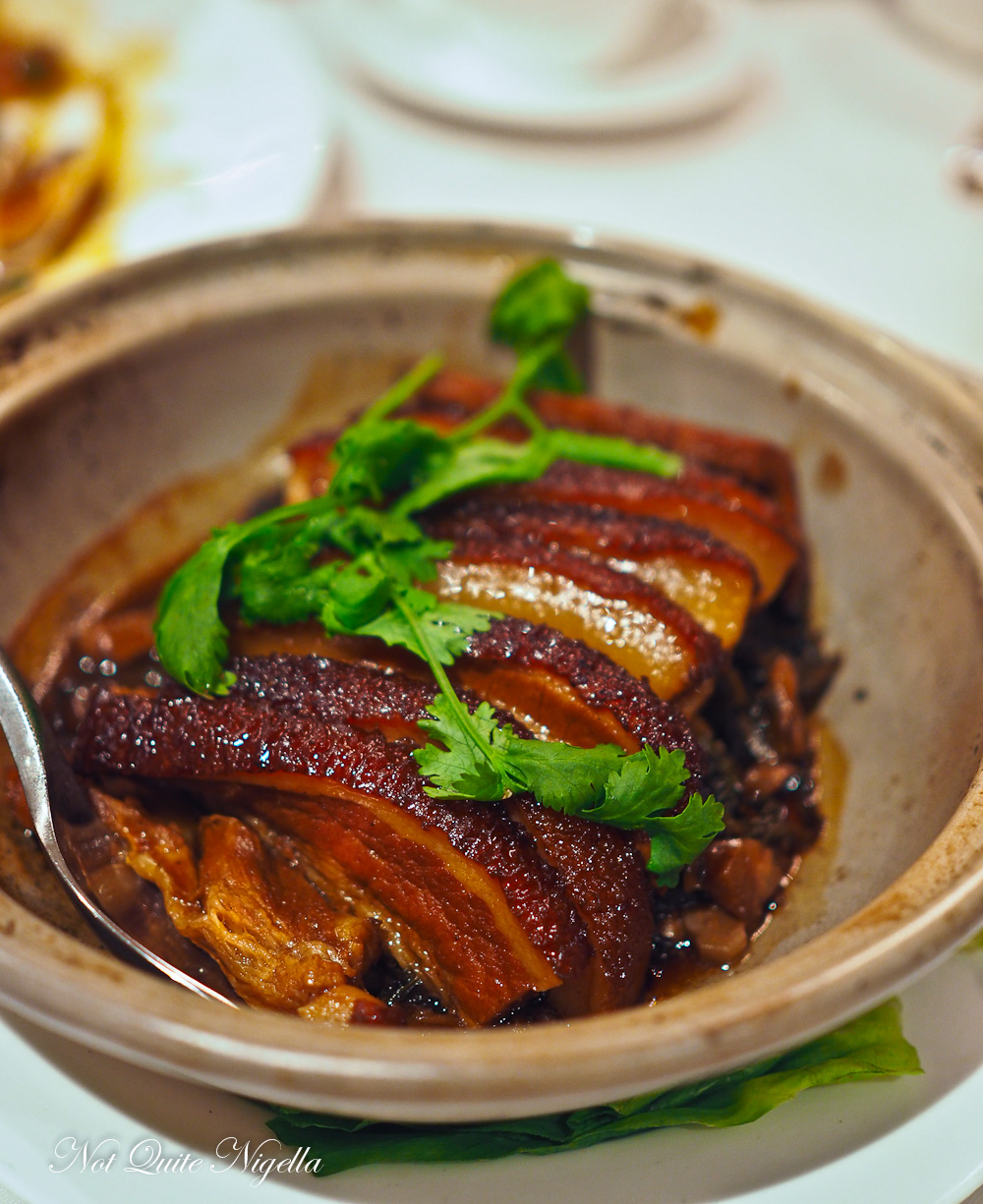 My mother liked the look of the pork belly in the picture so she decided on this as it is her birthday. She's also quietly proud that it is one of the cheapest things on the menu. The pork belly is served as thinnish slices on a bed of preserved vegetables. It's very tasty, especially with the steamed rice and the pork melts in the mouth. 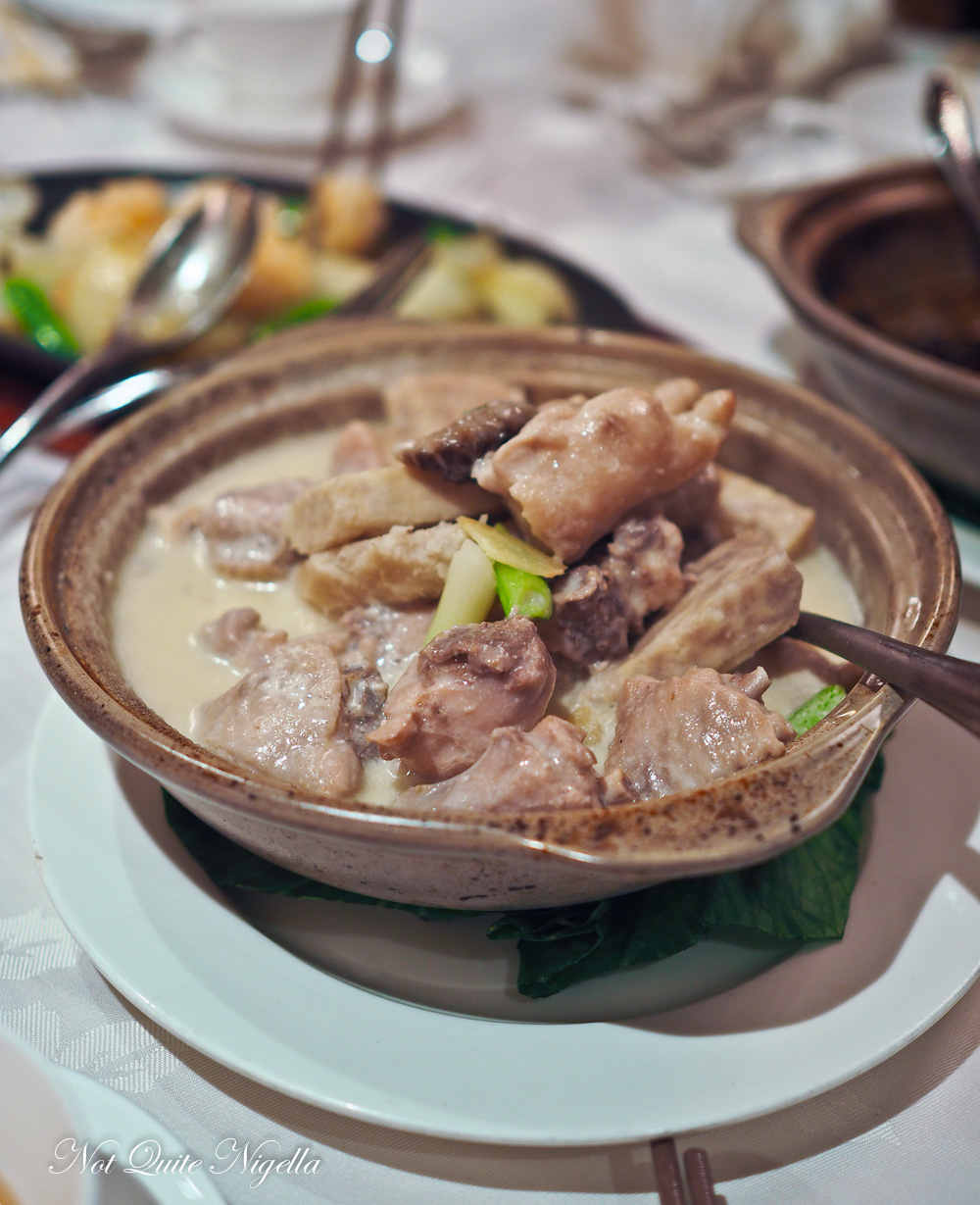 This is the last dish to come out. After the spice, chilli and flavour of the previous dishes this is just too muted. The chicken is drumstick and wing pieces bone in and cut in half. The milky taro cream sauce could use some seasoning. In fact when we take it home and add some salt it tastes great. 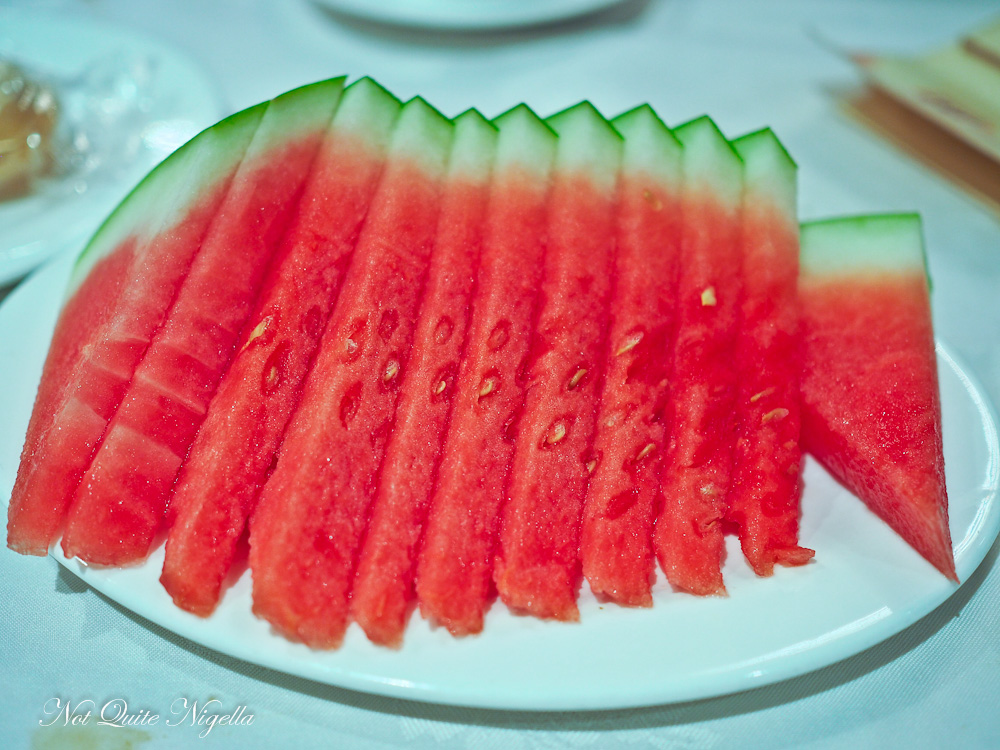 By now we aren't surprised that tea is $4 a person (so a total of $20 for tea) we leave feeling a bit confused by it all.

So tell me Dear Reader, if you opened a menu and were surprised by the prices, would you stay or leave? Has this ever happened to you? And would you pay $73 for shandong chicken? Have you ever had helicopter staff (ones that hover around you?). 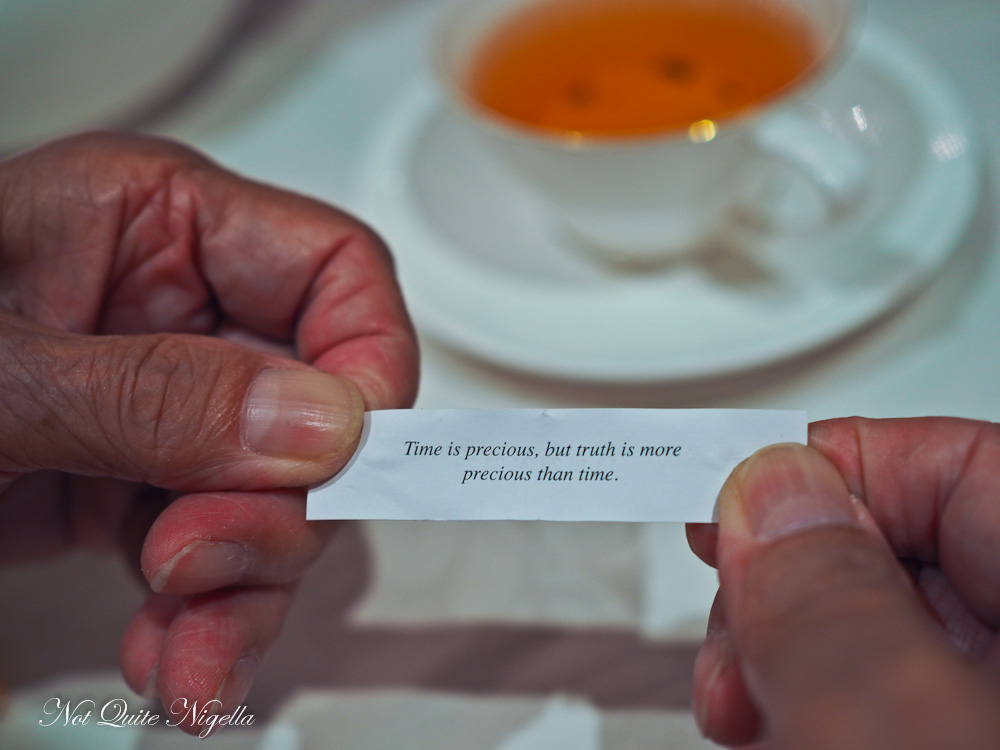