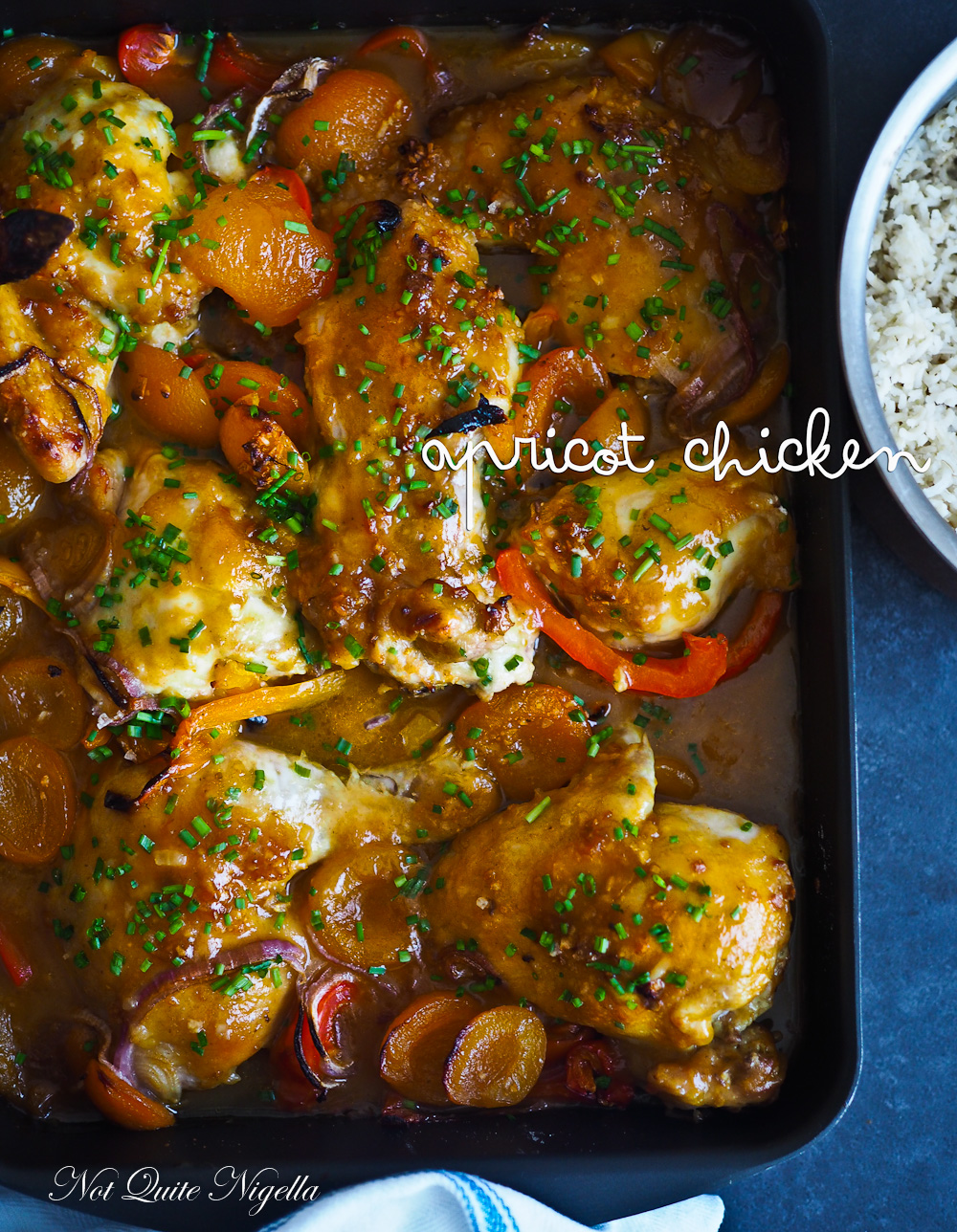 Looking for some comfort food or a bit of retro action from yesteryear? Apricot chicken is a family staple for many families and a quick prep meal. It is also a healthy chicken dish that can be made even healthier with the addition of vegetables making it a one pot meal!

I have to admit that I have a real soft spot for the Australian version although I have yet to try the American apricot chicken. I don't usually buy packet soups because I find them grainy or powdery by themselves but in this dish it is mixed up so it suffers no such fate. 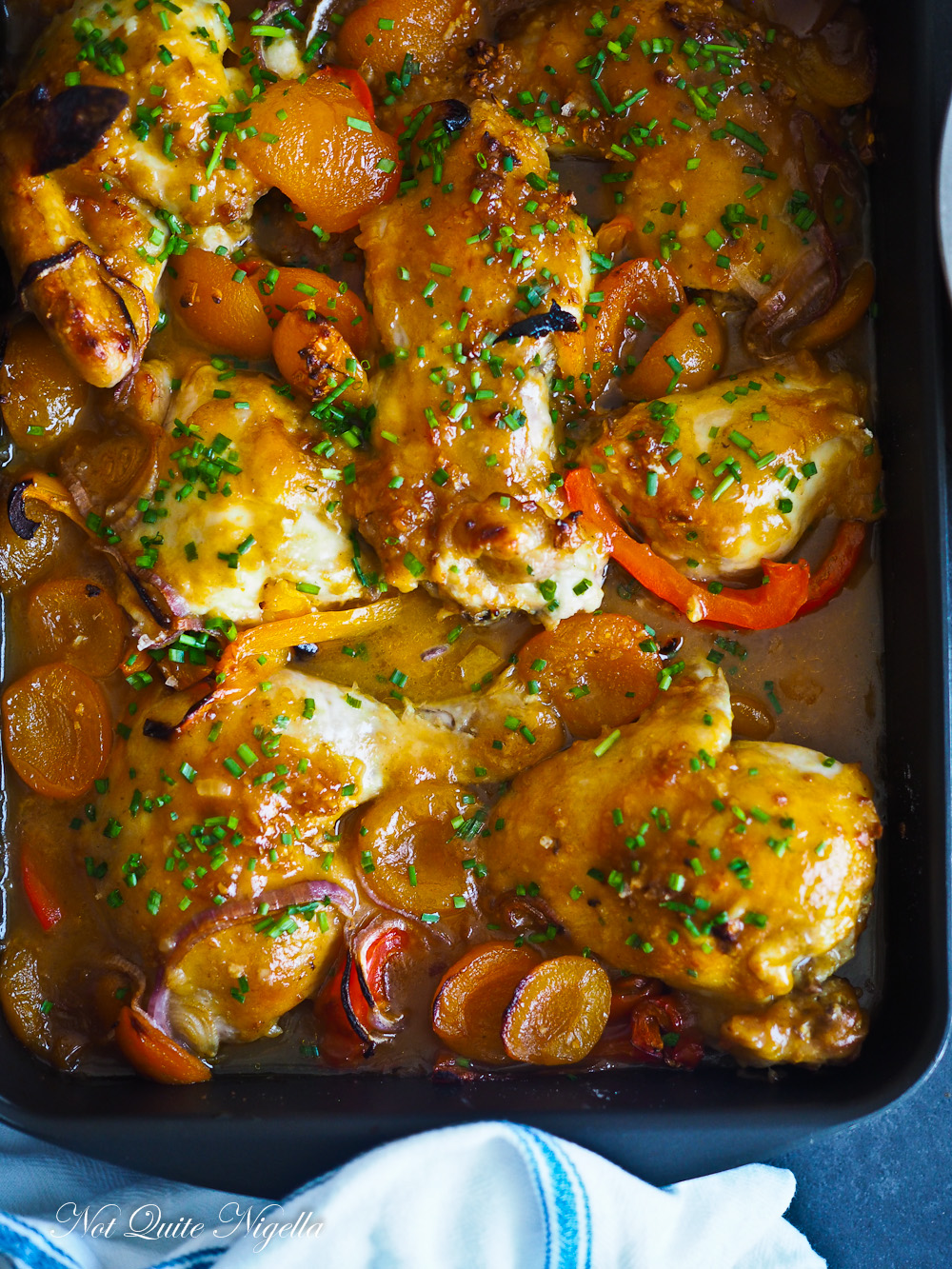 Apricot chicken was also one of the first Anglo Saxon dishes we made as a Chinese family. Its pedigree is not high, it came from a Microwave Miracles cookbook that came with our first microwave. It was simple enough for us kids to make it. You see we were fascinated by dishes that all of our caucasian friends at school were eating so once a fortnight my parents would buy things on our list (tinned peas, meat for roasts) and my sister and I would fix dinner. I remember heating up the tinned peas in my mother's wok or frypan and quite honestly loving the taste of tinned peas.

The apricot chicken was not a pretty sight, the chicken pale and unburnished but we liked the flavour as it was so unlike what we had eaten. This version is done in the oven after a very quick prep with some added vegetables so all you have to do it serve it with some rice for a great one pot meal.

So tell me Dear Reader, have you tried the Australian or American version (or both?). Do you ever cook chicken or meat in the microwave or do you prefer the look of browned chicken? Did you ever cook as a child and if so what do you remember making? 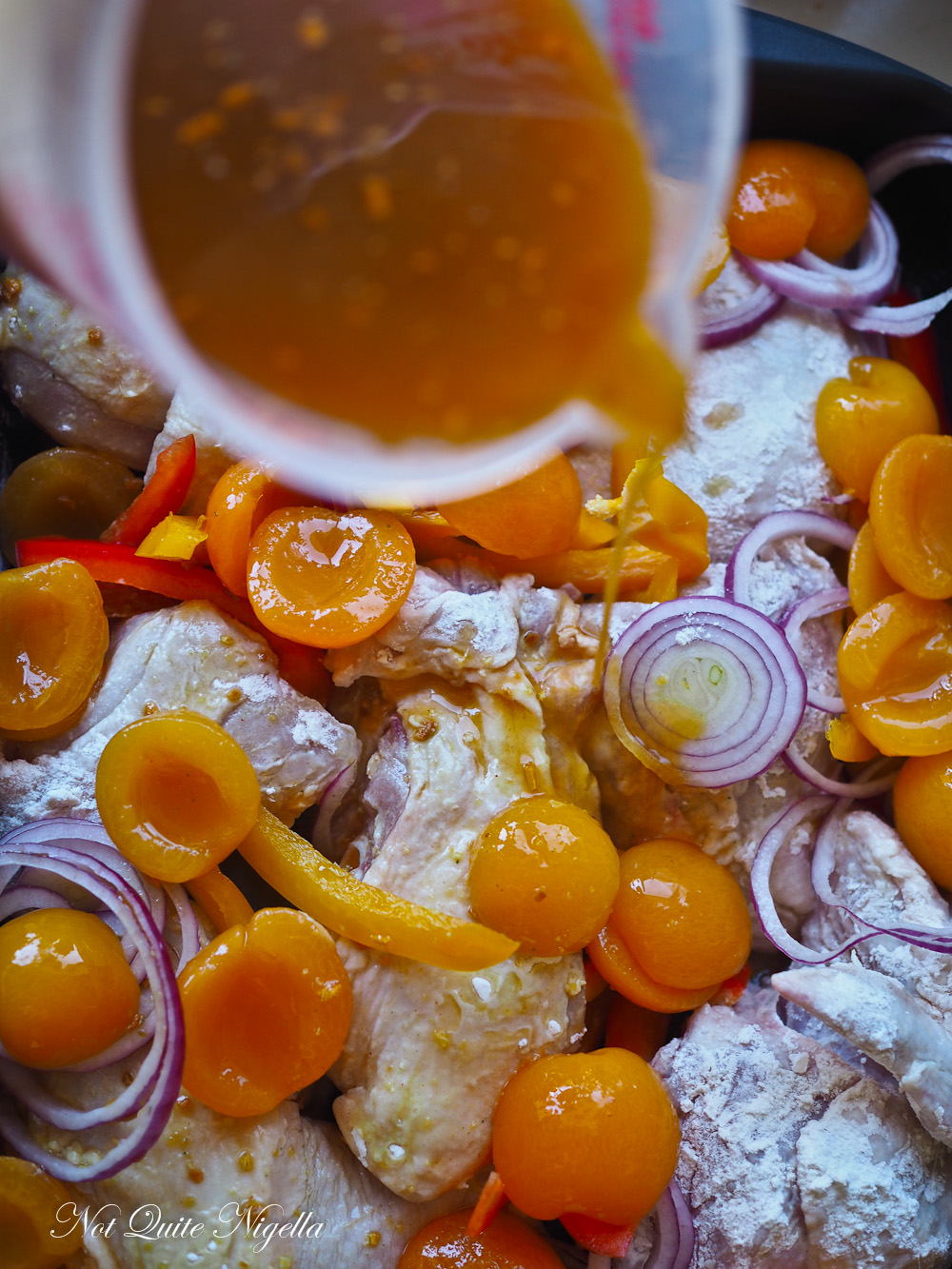 Step 1 - Preheat oven to 180C/350F. Wash the chicken pieces and then coat them in the flour, if using. Whisk the French onion soup dry mix with the apricot nectar and brandy. Scatter the apricots, capsicum, onion and garlic around the chicken and then pour over the nectar. 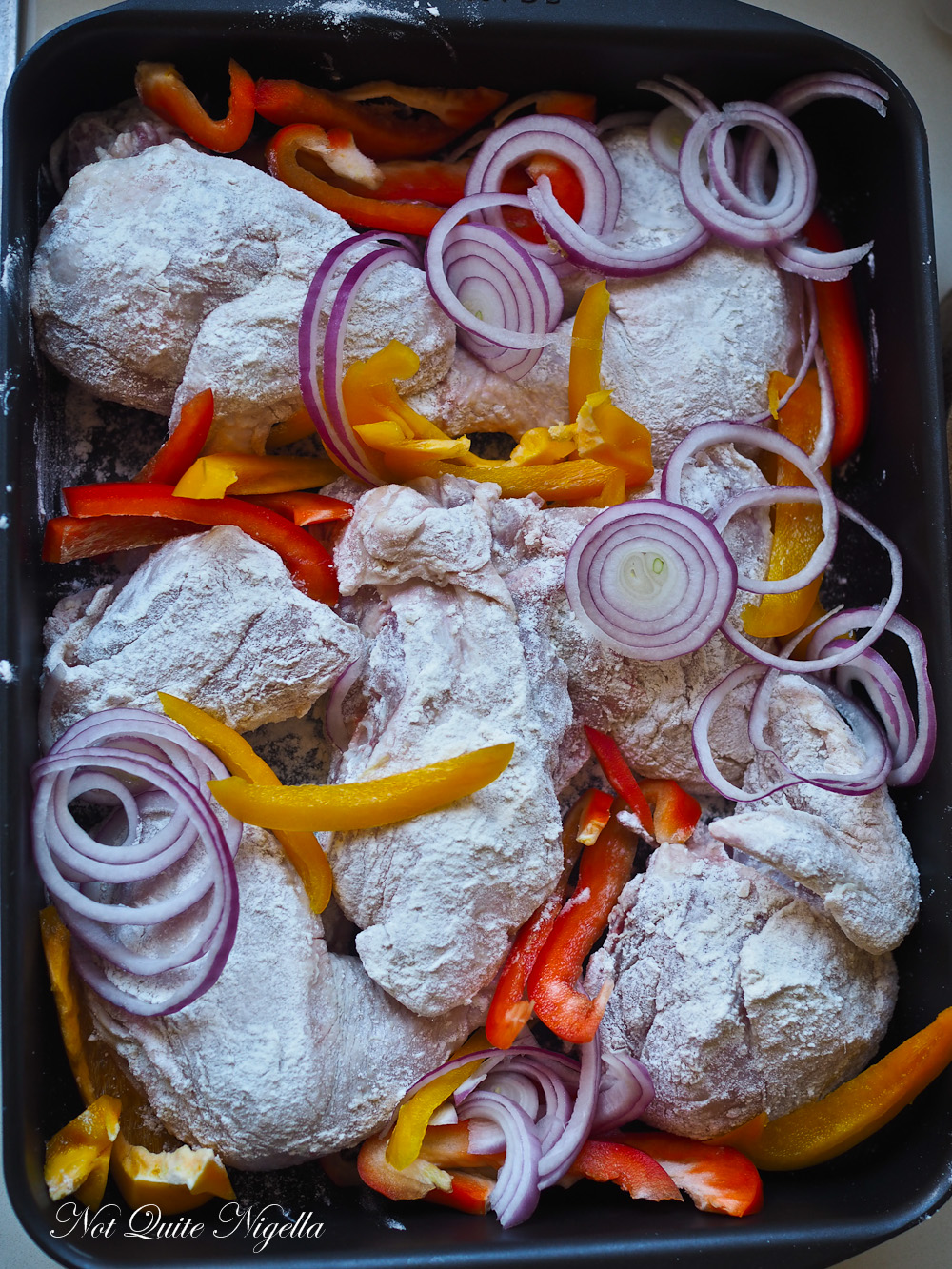 Step 2 - Roast chicken for 30 minutes then baste generously with the liquid. Increase temperature to 200C/400F and roast for another 30 minutes, basting once during this time. Season with salt and pepper and scatter chives over the top. Serve with boiled rice.