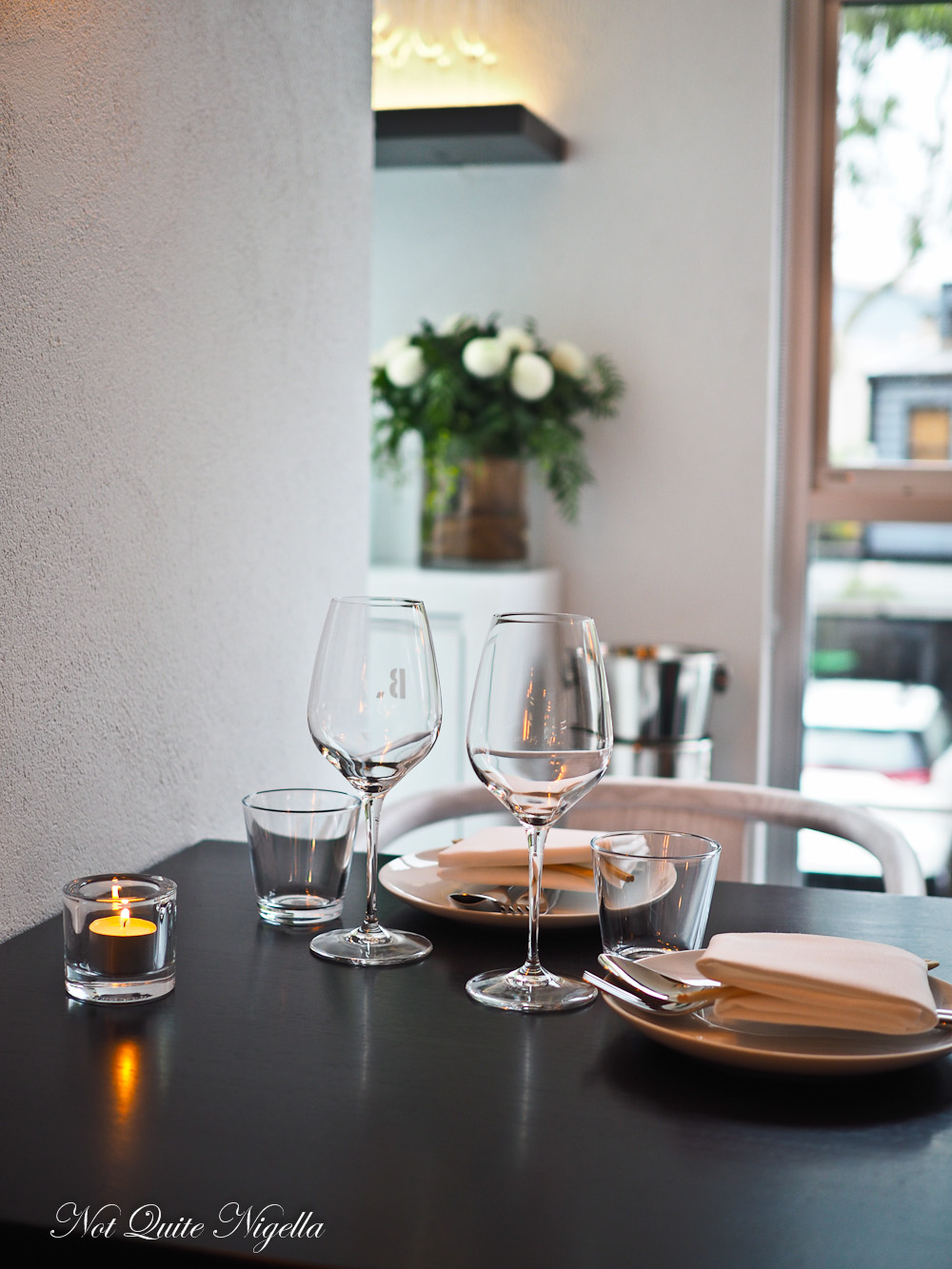 Blanca is the intriguing new restaurant to add to the offering at Bondi Beach. The menu is made up of Japanese Mediterranean dishes created by the Australian and Finnish chef duo of Sam Cole and Tomi Björck. Bold flavours, delicate touches, balanced dishes and a fab drinks list make up Blanca.

The time that made Finnish celebrity chef Tomi Björck most nervous wasn't anything to do with going up against Michelin judges or opening up a restaurant. It was facing the kids on MasterChef kids Finland, where he was a judge. "That was bad. These kids were like 'look at your nose, look at your hair,' and I was like 'shut up kids'. I've never been so nervous." 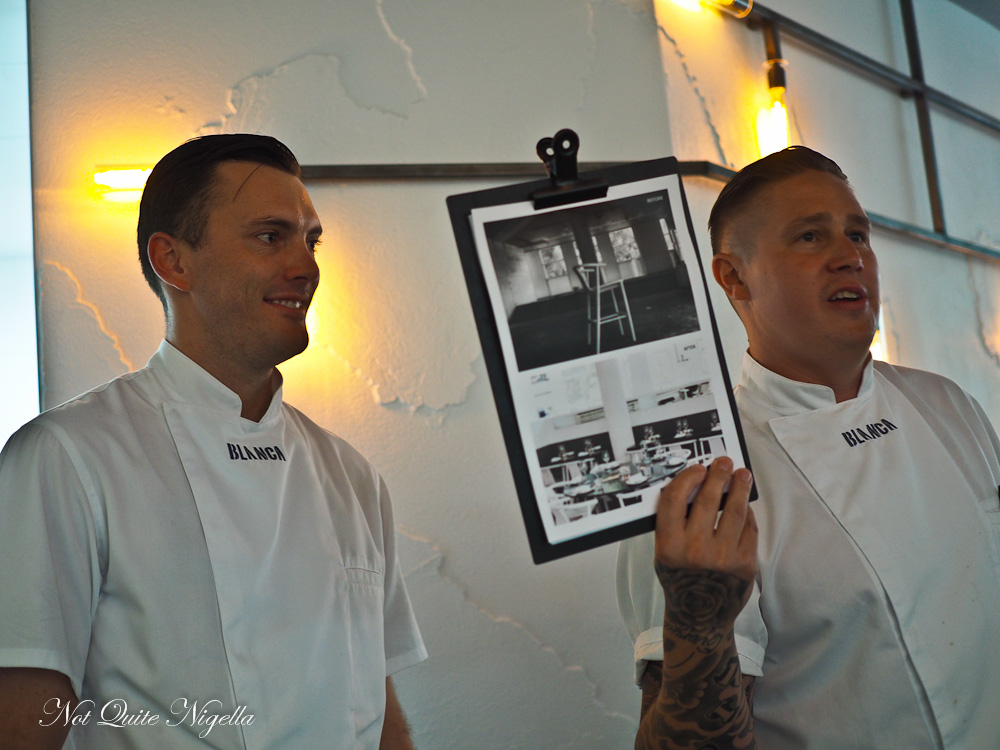 Tomi's introduction to Australia comes almost straight from a television show idea. The story goes: Finnish chef leaves the cold of the Northern Hemisphere to return to Australia. He claims Bondi Beach as the suburb to live and work in with his chef pal Wollongong born Sam Cole. 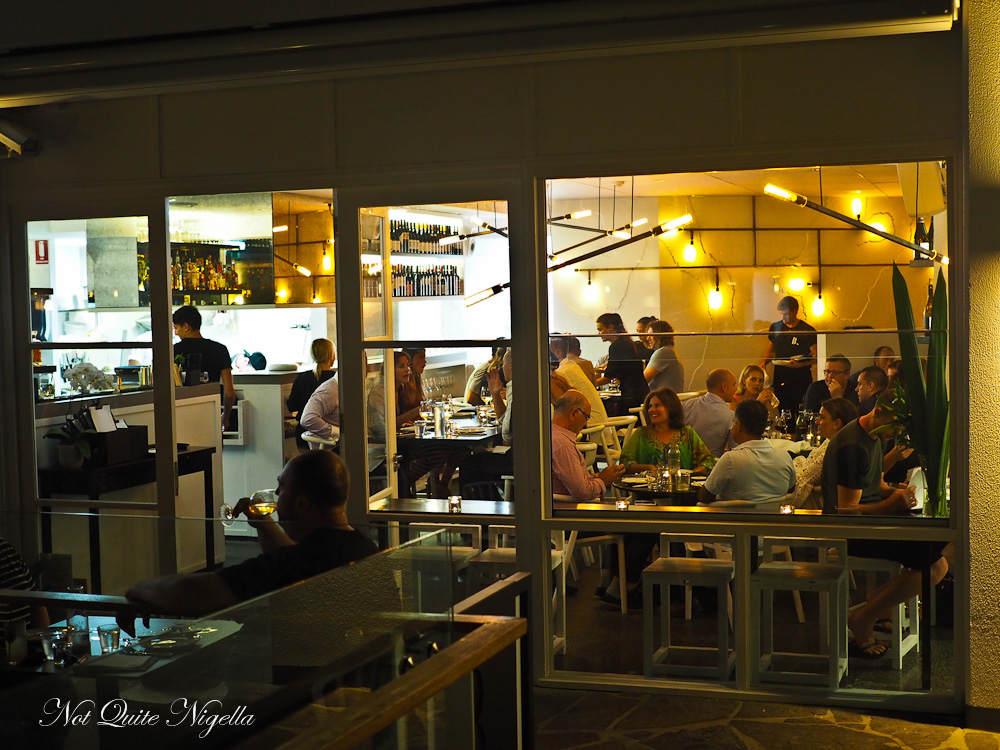 The two make up the duo behind Blanca, a Japanese Mediterranean restaurant in Bondi Beach. Sam's resume involves stints at Quay, Bentley, Glass Brasserie, Farang and dinner at Dinner by Heston Blumenthal. Tomi's resume spans 14 television shows, 6 cookbooks and a very successful chain of restaurants in Helsinki and Sweden. 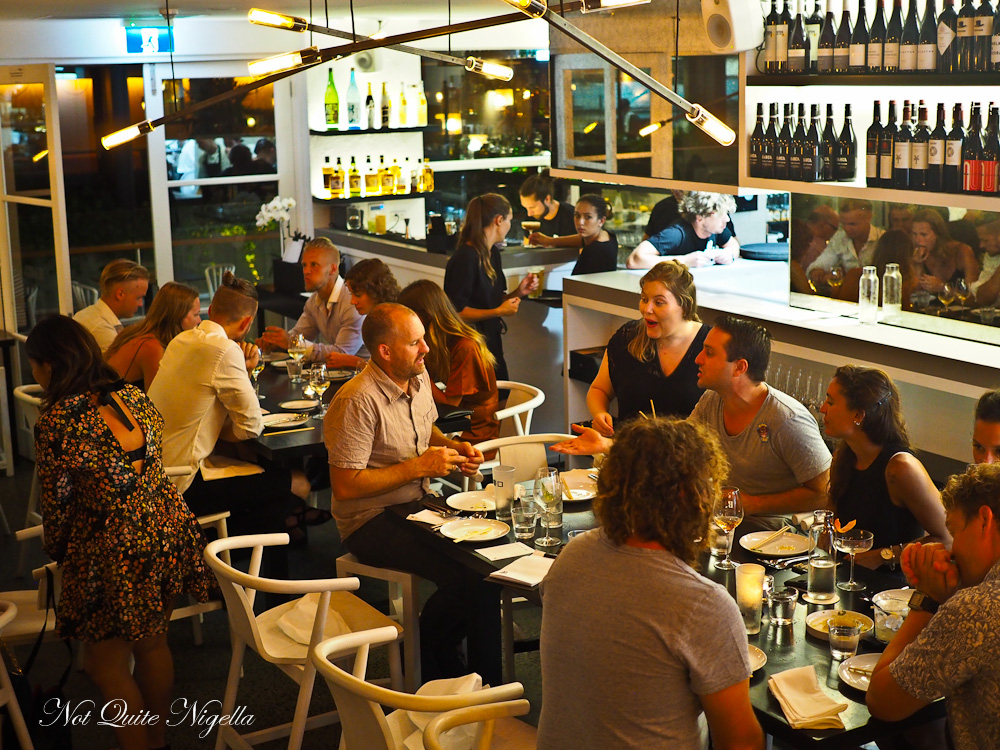 Blanca is so named as they want the space to be a blank canvas for creativity and has been 1.5-2 years in the planning. Why Japanese Mediterranean? "Well we actually had a few ideas including a Lebanese Mediterranean, Japanese, European" explains Sam. He has been to Japan once and Tomi half a dozen times and they draw from their collective experience there and in restaurants around the world. Although we won't see any Finnish dishes popping up on the menu Tomi finds there are similarities with Japanese and Finnish design, food like pickling, curing and dishes like gravlax.

The menu is extensive and made up of snacks, a raw and cured section, meat, seafood and sides. And vegetarians have six savoury choices to select from. There's also a great value 7 course menu ($69) and a 10 course menu ($85). One thing that we do notice that even for a newly opened restaurant service is fantastic and knowledgeable. 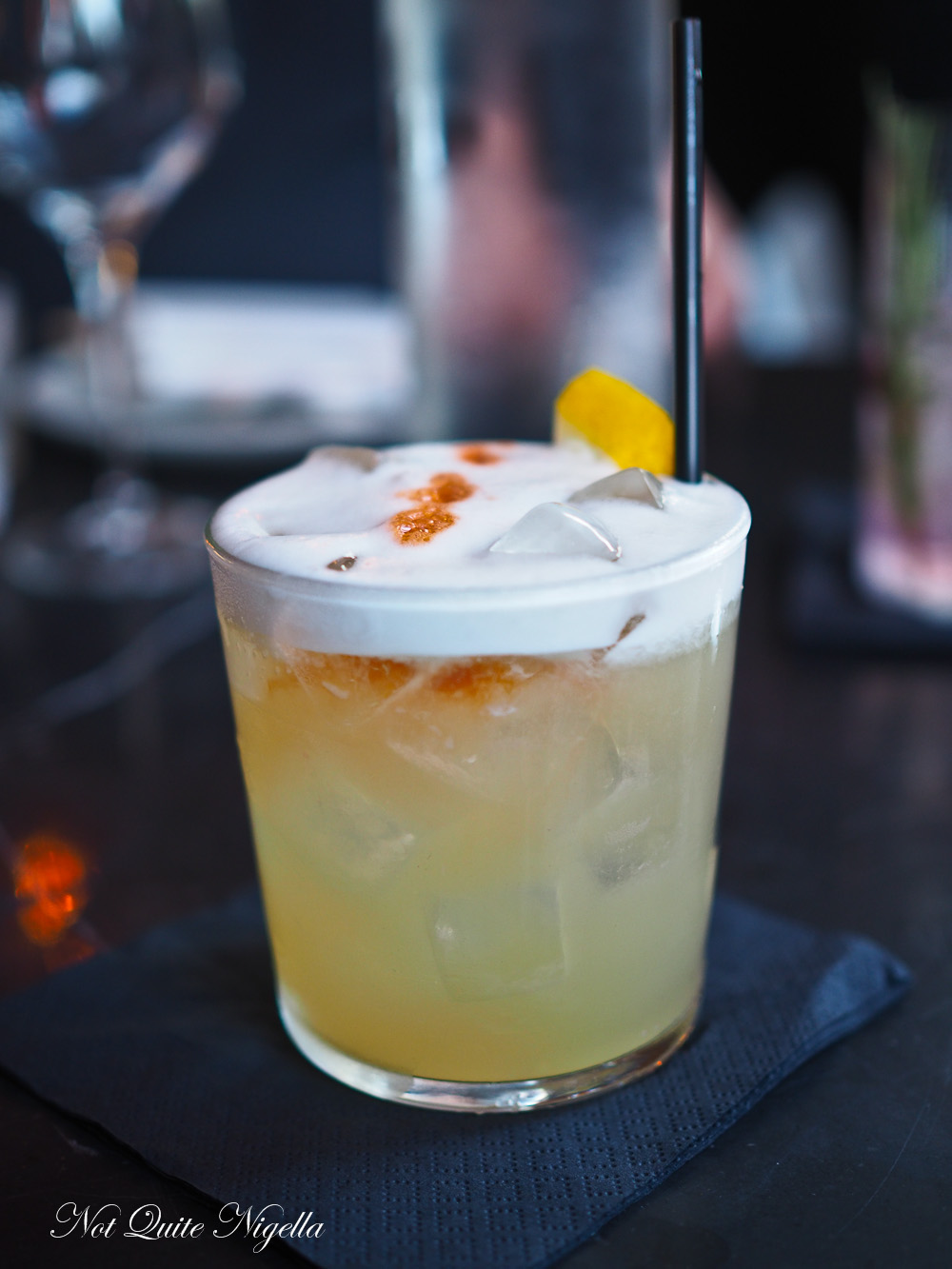 It's Saturday night so we start with cocktails. The Blanca Sour is made with Makers's Mark, yuzu sake, lemon and egg white and is a light, sweet number with just a hint of tart to it. 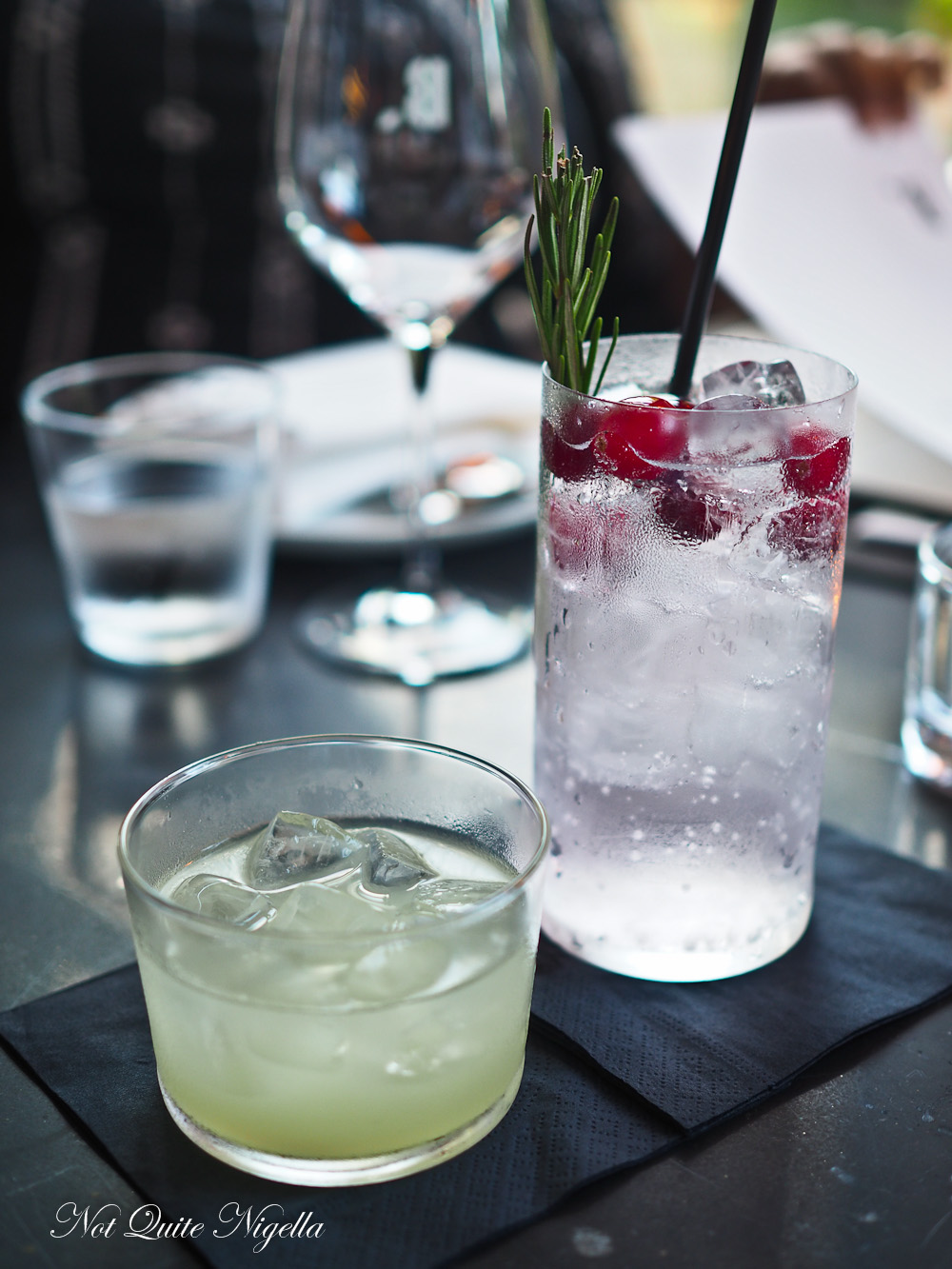 Louise orders a cocktail while Viggo goes for their divine yuzu sake served on the rocks. 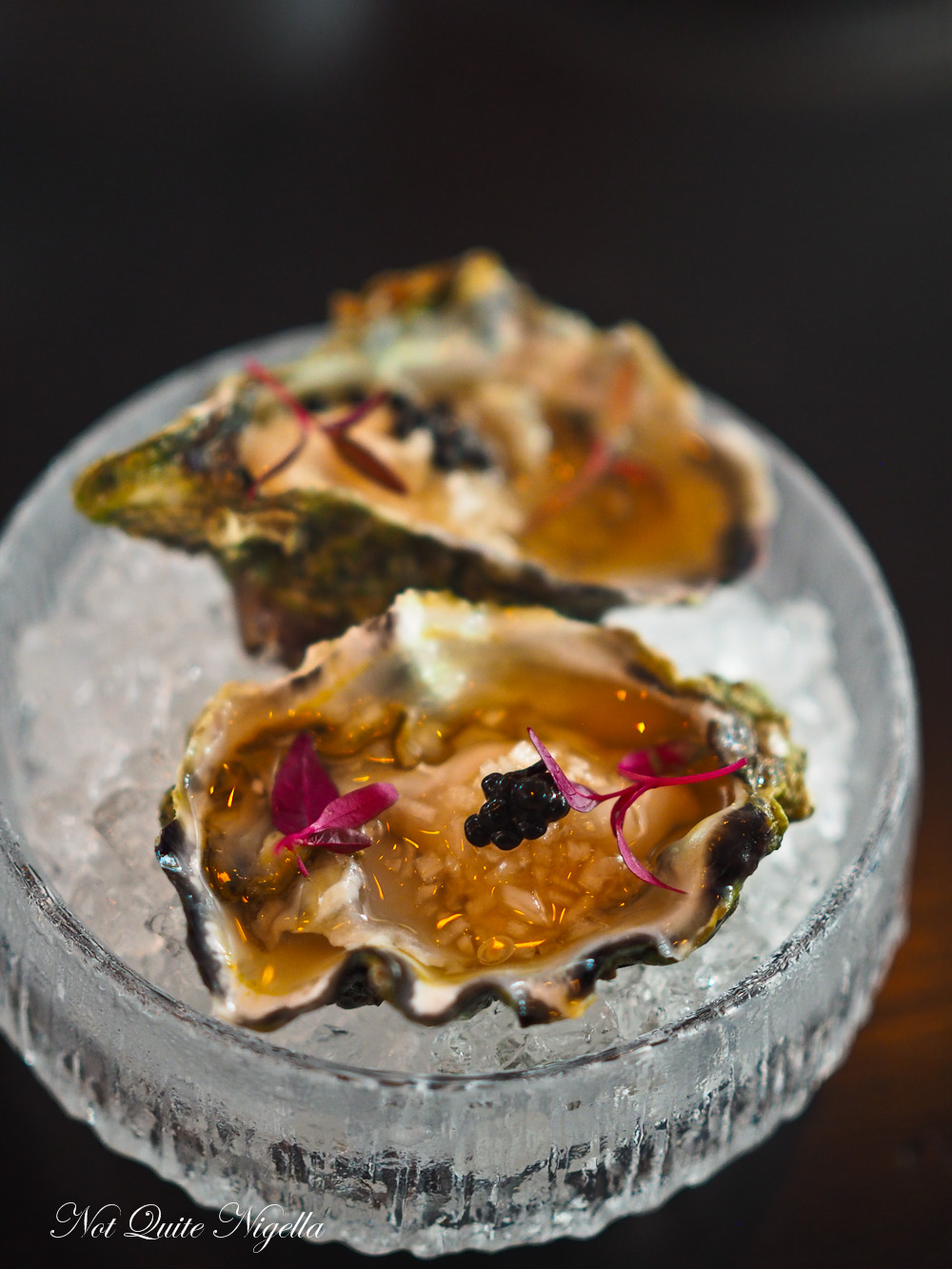 The Sydney rock oysters are given a sweet refreshing citrus burst from mandarin combined with Szechuan pepper, mignonette, amaranth and avruga. It's surprisingly sweet when you first try it, because usually I expect a briney shot when I down an oyster. All I can say is you need at least half a dozen of these per person they're that good. 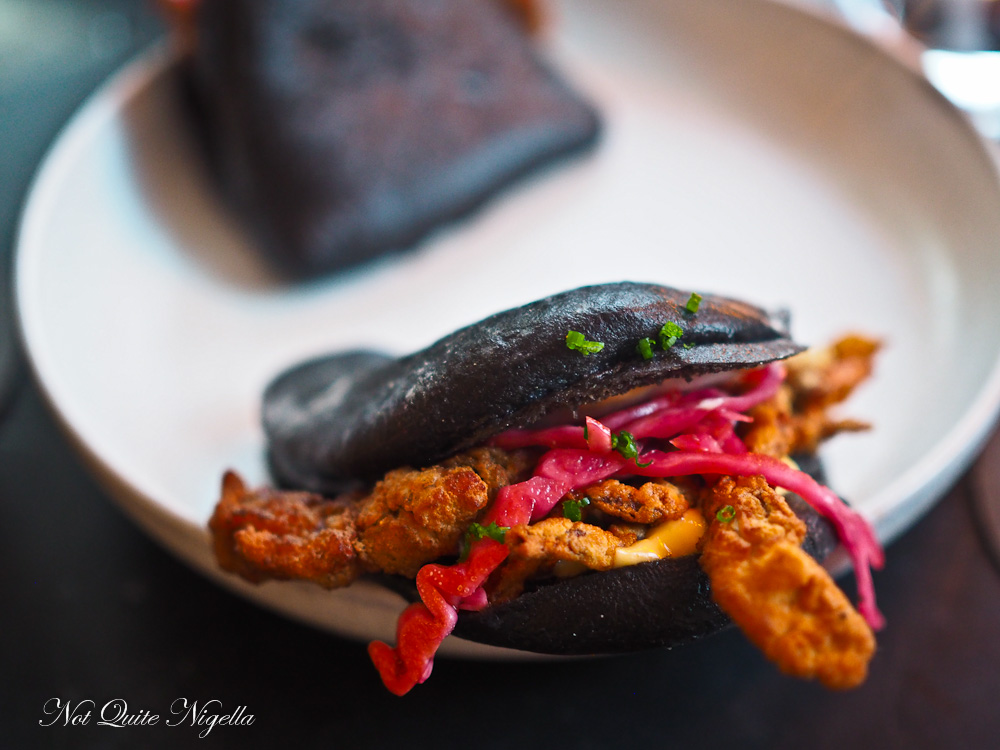 The Blanca black bun is a soft steamed foldover bun filled with crispy lightly battered soft shell crab with XO mayo and a spicy red cabbage. It's all soft, creamy and crispy textures and the XO mayo is a great idea that I'm going to pinch for at home! 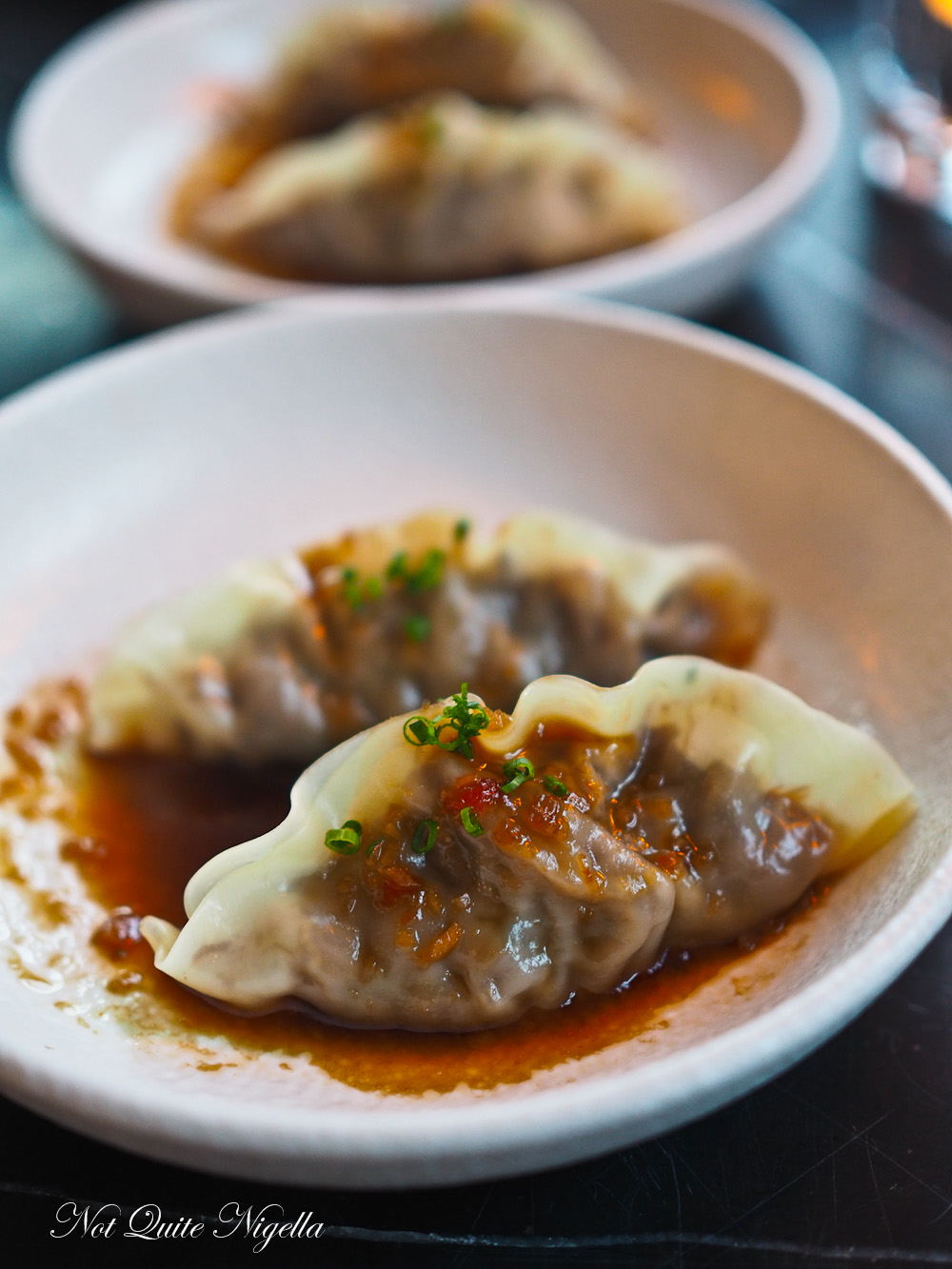 These filling of the oxtail dumplings have that wonderfully gelatinous, rich texture of oxtail and roasted beef with a black vinegar dressing, sesame and pickled chilli with a sweet edge to it. 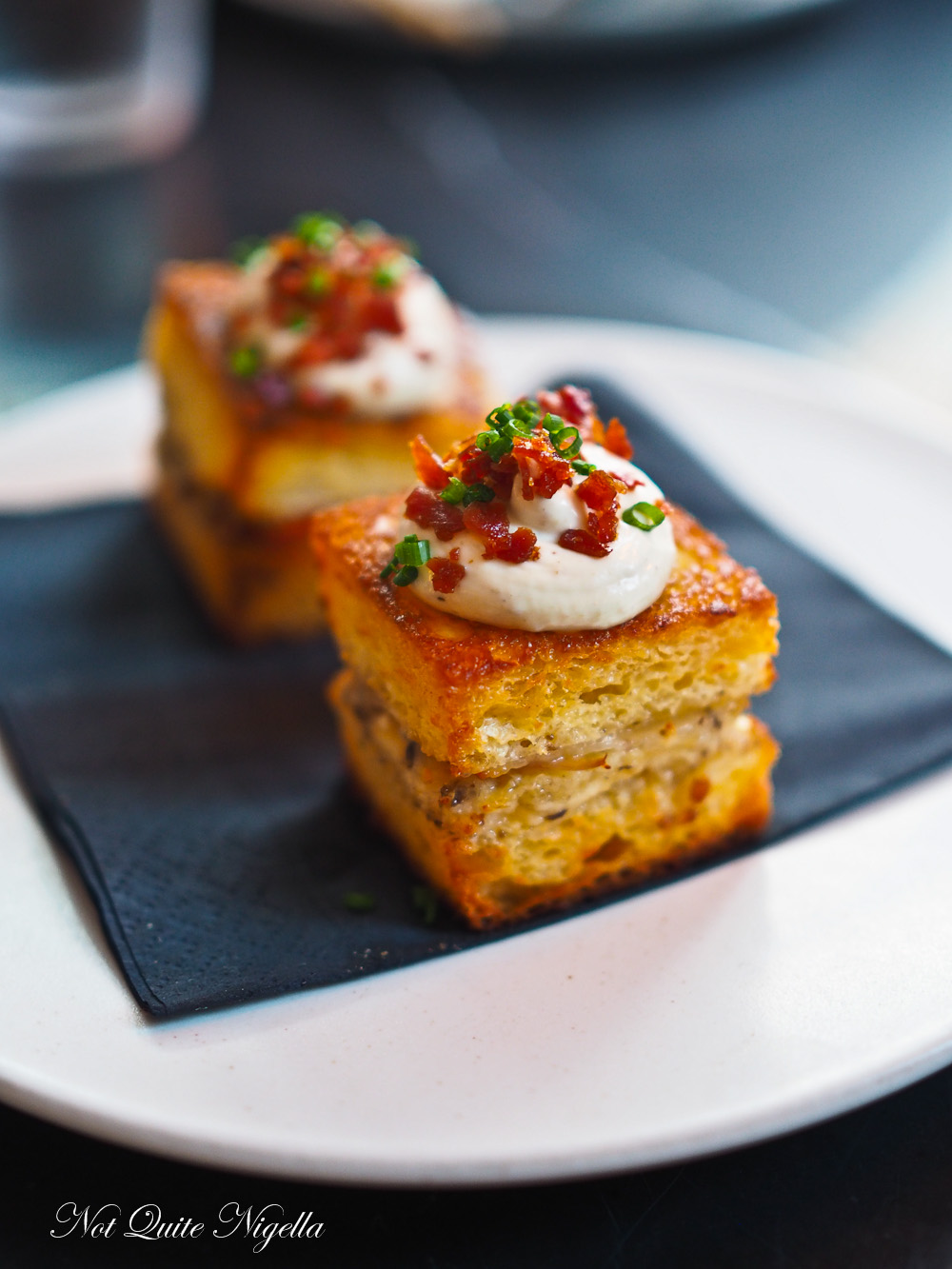 These are just small squares and make the perfect canape. Crunchy on the outside they're filled with jamon serrano, truffled cabbage and manchego cheese. I'd love a sandwich sized version of this and I give Mr NQN sad eyes for his share to no avail. 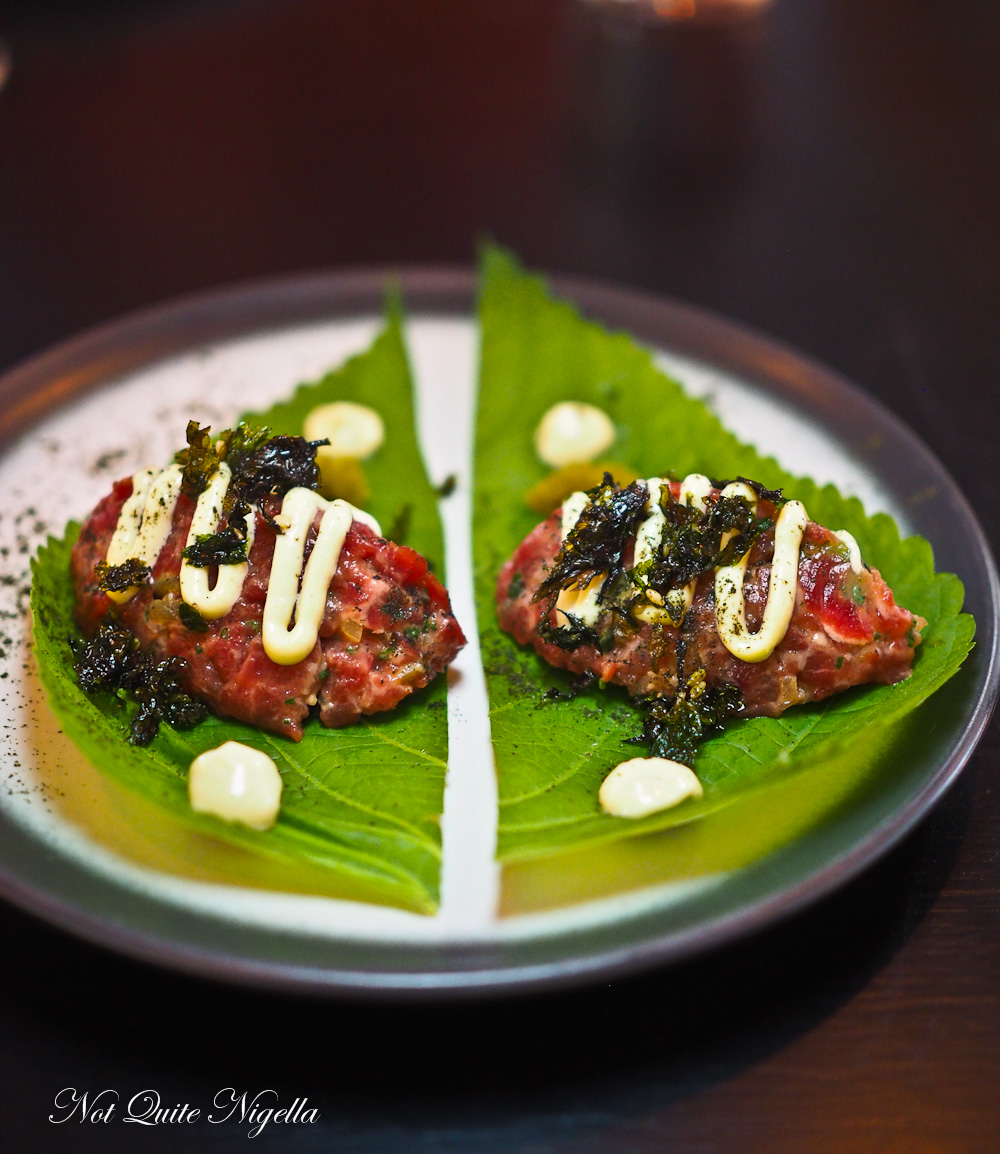 Raw Beef and Sesame $6 each

If you love beef tartare then I suspect this might be one of your favourites. A sesame leaf is split in half and then topped with aged raw beef, Japanese pickled radish and fresh wasabi mayo. You roll the leaf up with your hand and eat. The beef's texture is cotton soft against the peppery sesame leaf and the creaminess from the wasabi mayo rounds it off. 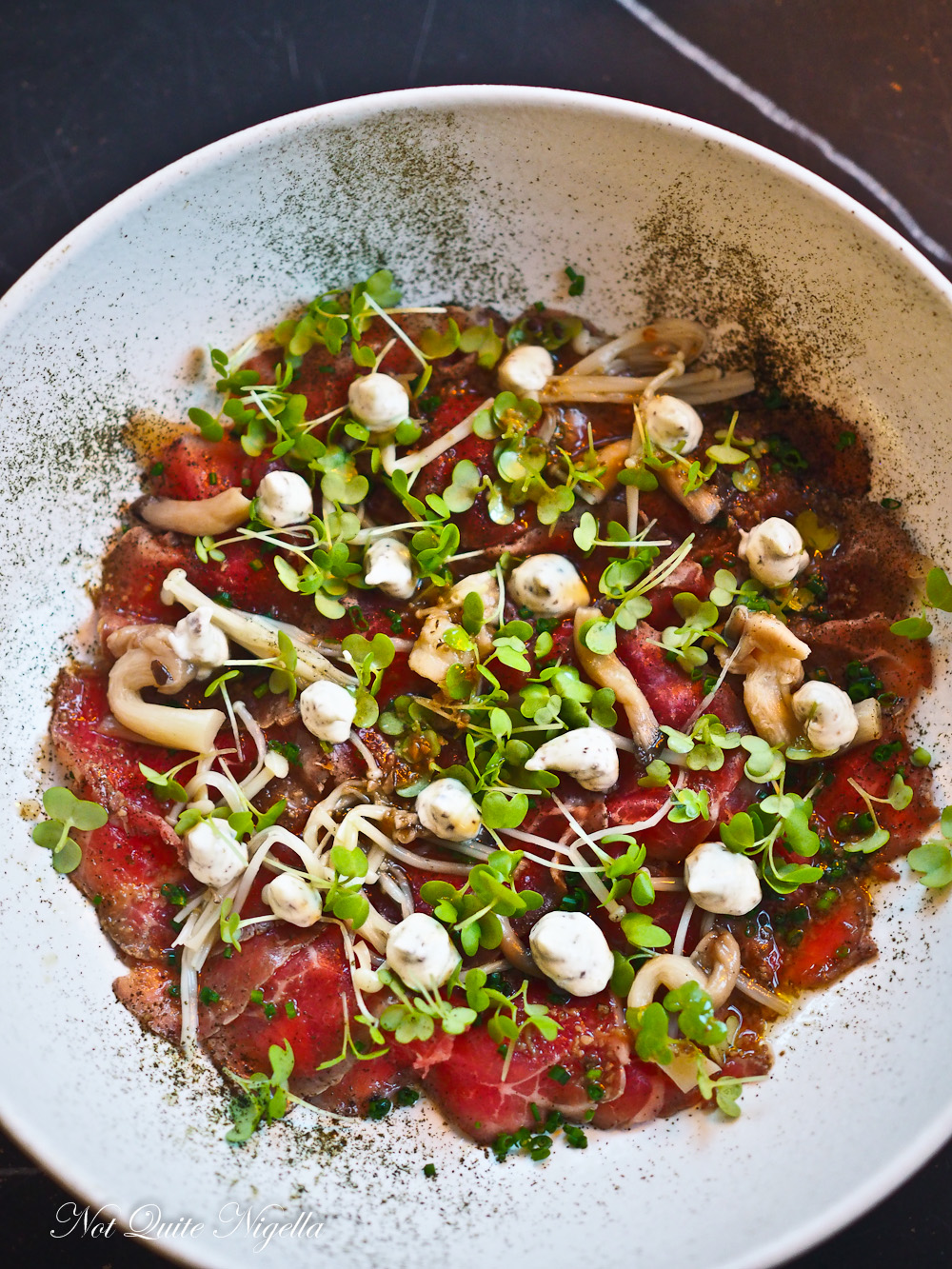 By now it's a little hard to talk to each other as noise levels get high. Then come the larger plates. Everyone is a big fan of this dish. Tomi comes over to add freshly shaved truffle over it. It's made up of cured wagyu beef marble score 5+ with truffle creme, rosemary ponzu dressing and pickled mushrooms. The balance of the flavours is key, there's not one item dominating but they work together beautifully the beef melting in the mouth while the truffle hits the nose. 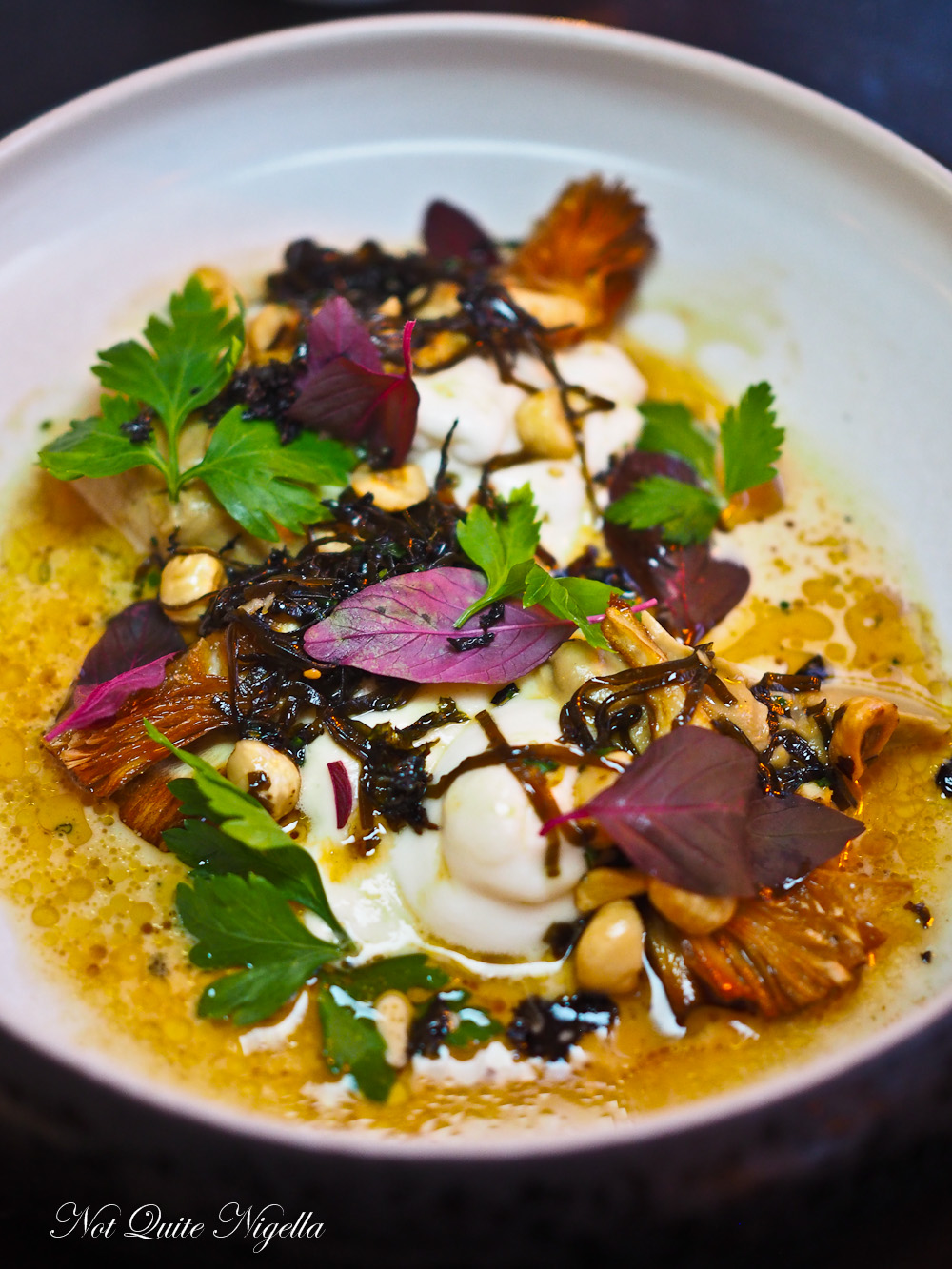 I was curious to try a vegetarian dish because the meat and seafood dishes were so good that I wanted to see how vegetarians would fare. The burrata with artichokes is two halves of soft gooey burrata with caramelised artichokes, walnuts, wakame and green chilli with a gorgeous butter sauce that ties this all together. This is one of those times where the vegetarian dish isn't a runner up or lacking something as the flavours are bold. 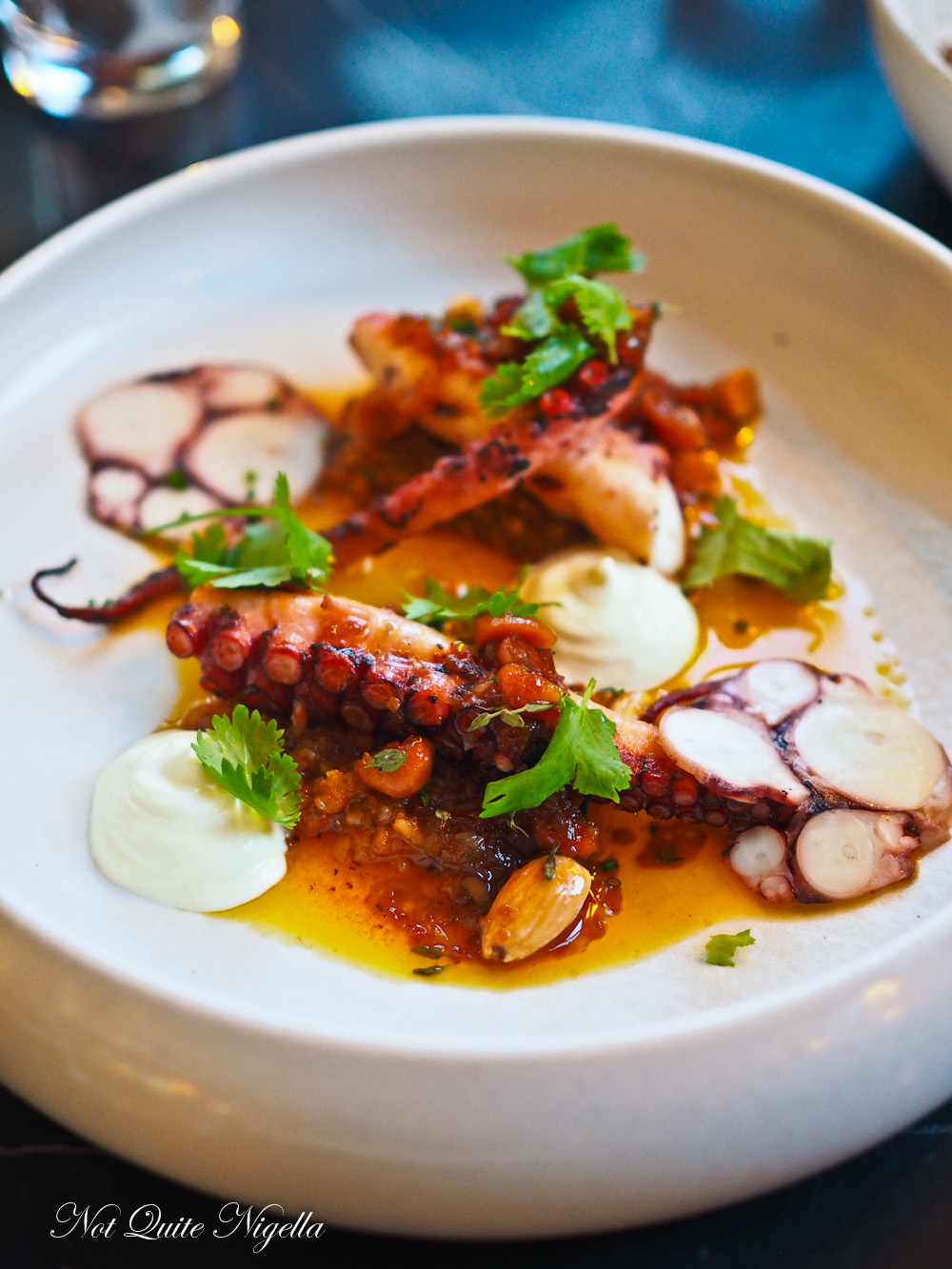 We first went here on a media night and revisited a few days later for a review. And I couldn't stop thinking about this dish all day which is not usual for me. I mean I like octopus but I don't daydream about it. The grilled Fremantle octopus is a gutsy flavoured dish with an almond rich romesco sauce, yuzu brown butter for richness and citrus, diced garlic confit and thyme. I loved the tender bite of the octopus and the full flavoured nutty earthiness of the romesco sauce and garlic. The only thing is that you do need a knife to eat this dish properly (a knife, spoon and chopsticks are given). 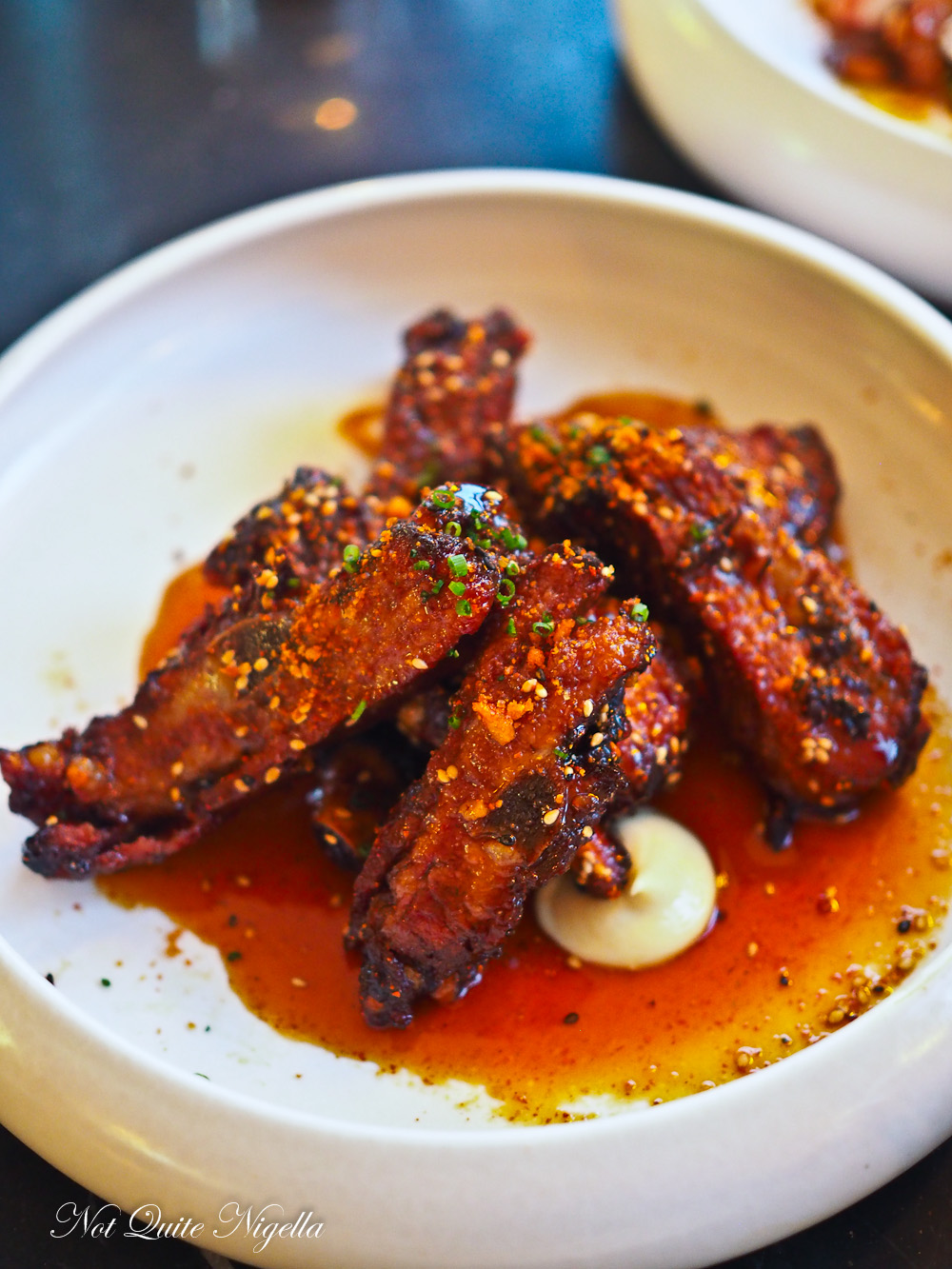 The ribs seem to be a popular dish as we see quite a few plates going past us. The ribs are intense - sweet and salty and with a robust flavour and an appealing caramelisation. Along with the rest of the menu they're best shared but these are first date safe ribs-they fall off the bone easily and you can eat them with a knife and fork. 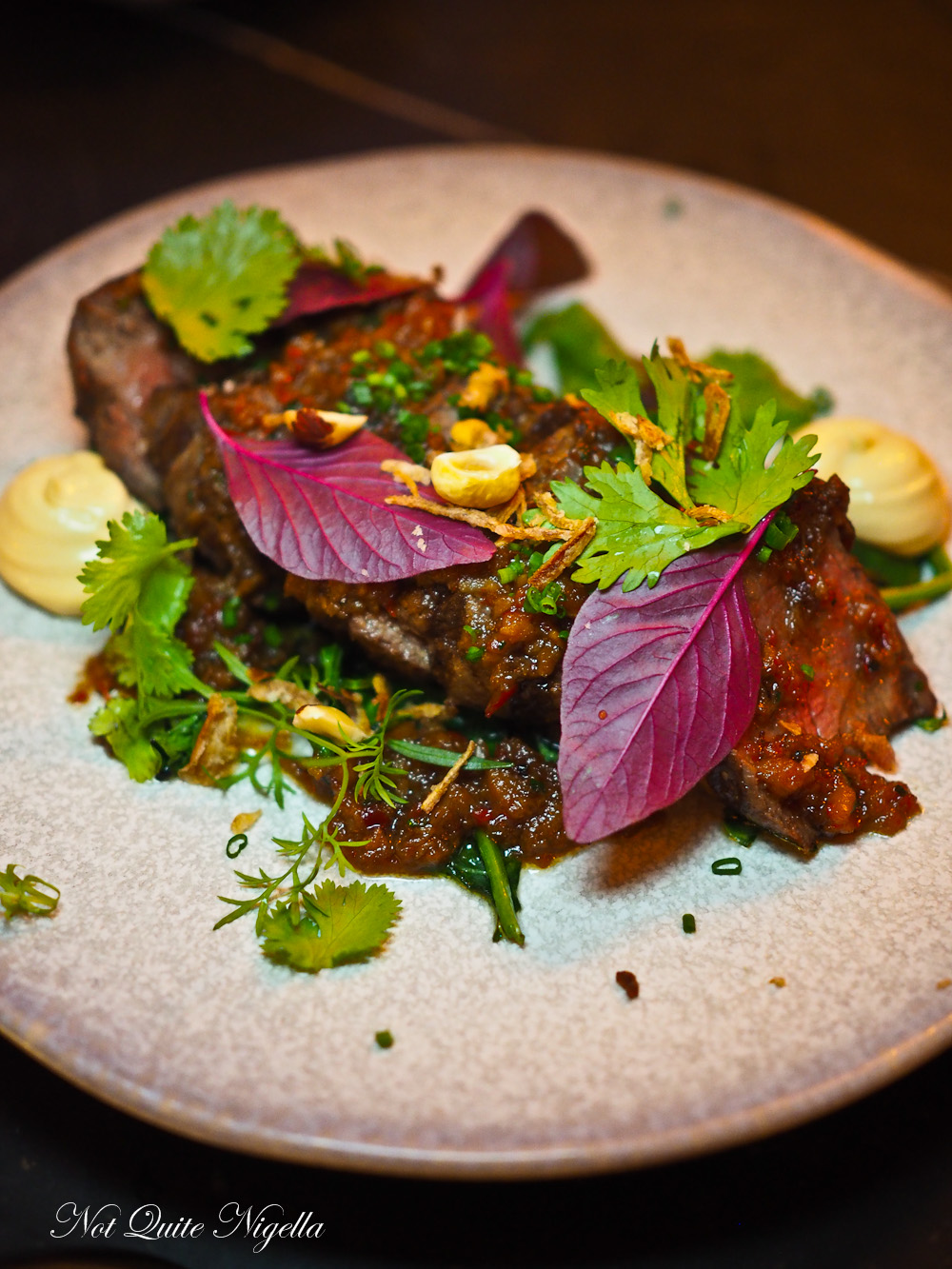 This is Viggo's only request and it proves to be a great choice. The beef is served pink in the centre and sliced up with grilled spinach, XO mayo and sauce and a pepper miso butter. The XO goes well with the wonderfully tender beef. "You don't even need a knife for the beef," says Viggo appreciatively. 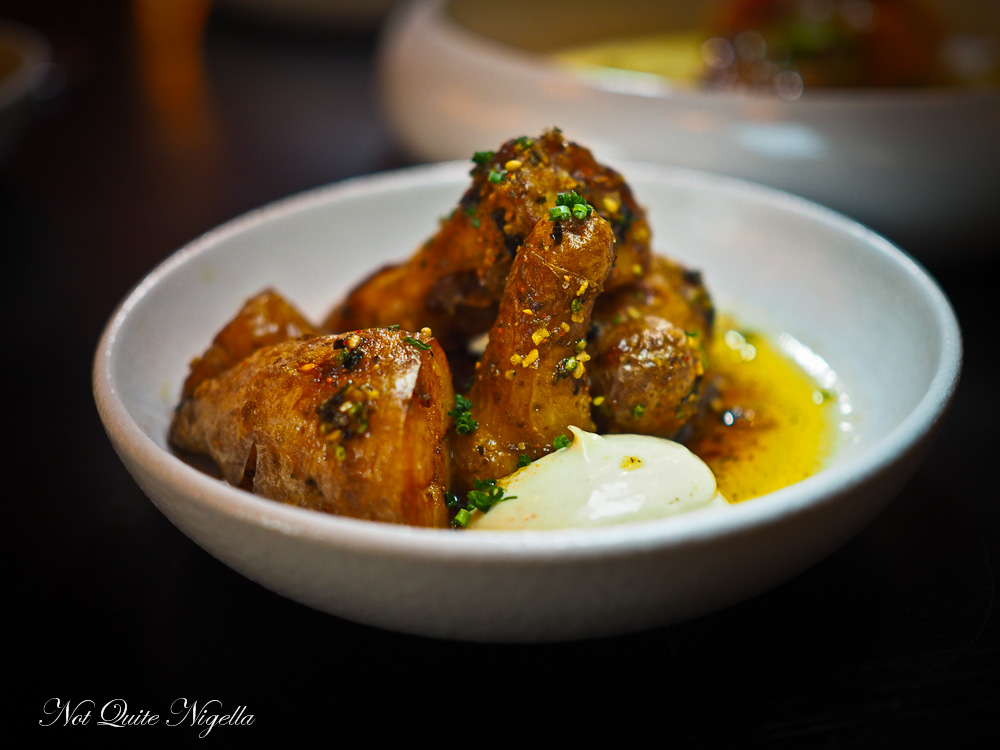 Potatoes? Yes! With furikake, garlic aioli, browned butter and chilli pickle sauce the kipfler potatoes are roasted and flavoured with this heady flavour mix. You may find yourself scraping the plate with a spoon chasing a potato and the sauce. Oh and some bread to mop up the burnt butter please! 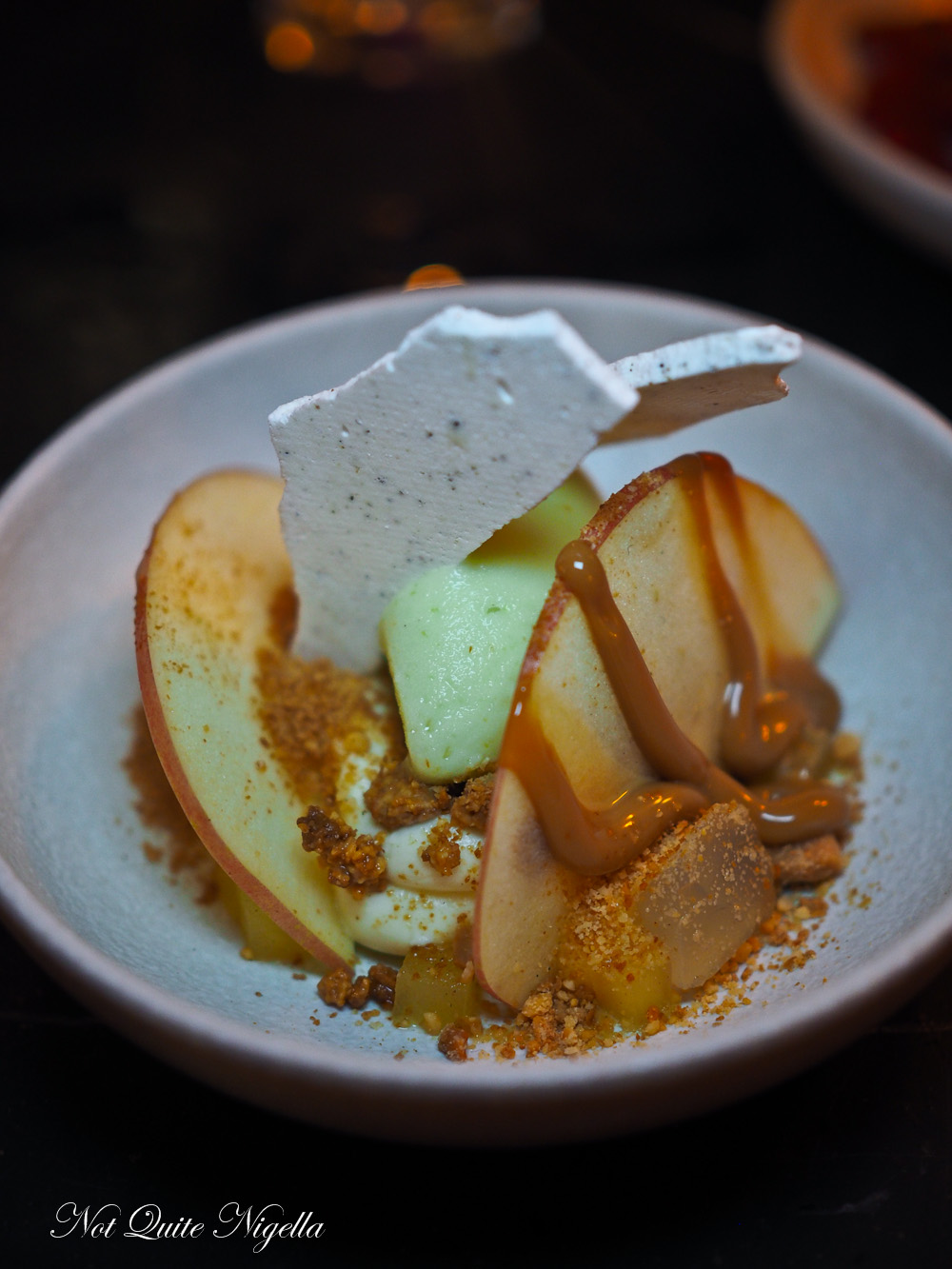 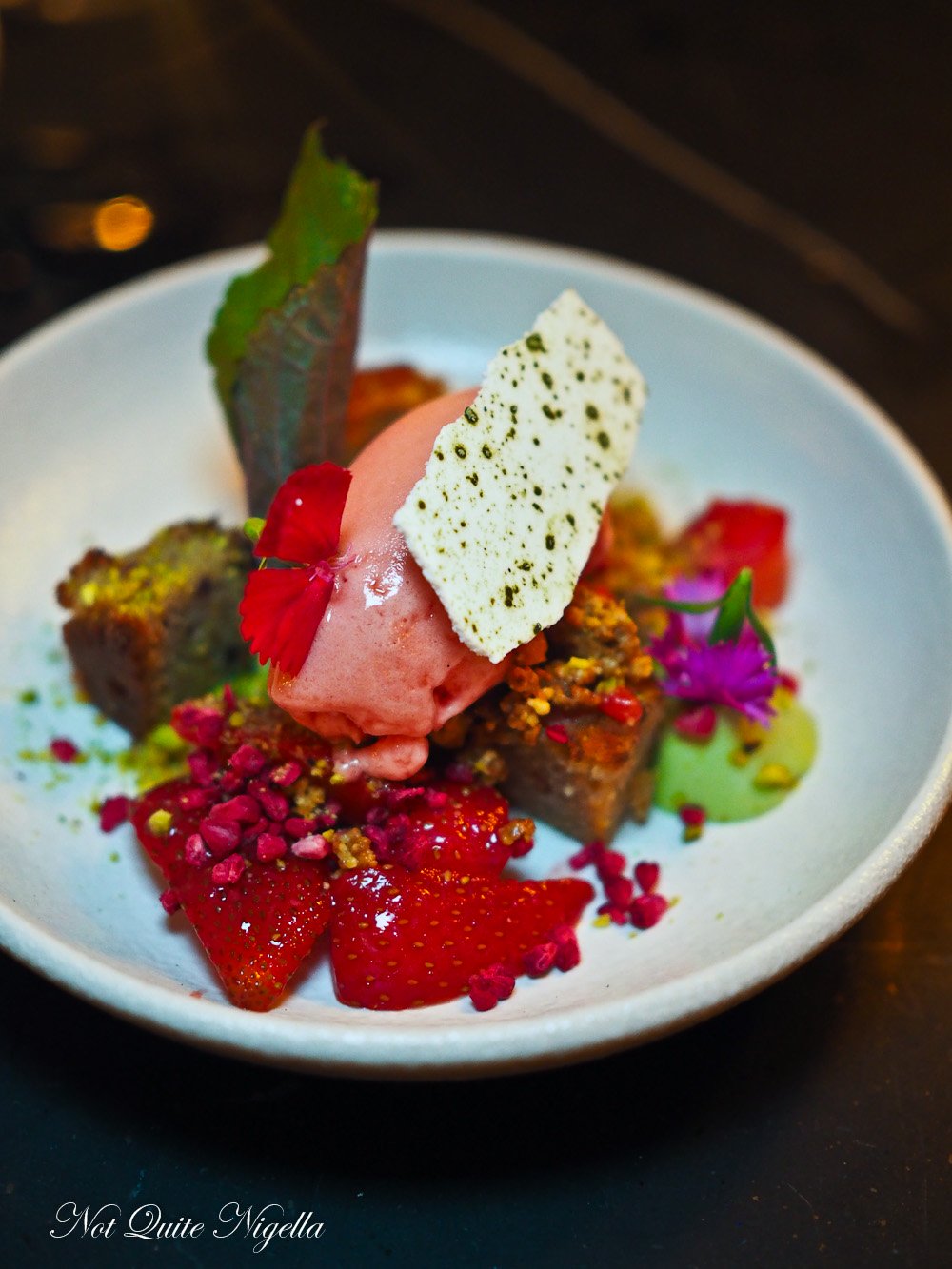 The dessert is a matcha tea mousse and meringue, strawberry sorbet, toasted almond cake, shiso and strawberries. What this dessert is is completely balanced from the cold to the creamy to the rich and every bite is satisfying.

And a little tip? Don't drive because the wine list and sake list are tempting and Bondi's parking situation is maddening unless you are within walking distance. And if you can, end off the night with a crisp yuzu sake!

So tell me Dear Reader, have you ever tried Japanese Mediterranean cuisine? And do you ever avoid driving in so that you can have a drink? And what situations make you nervous?