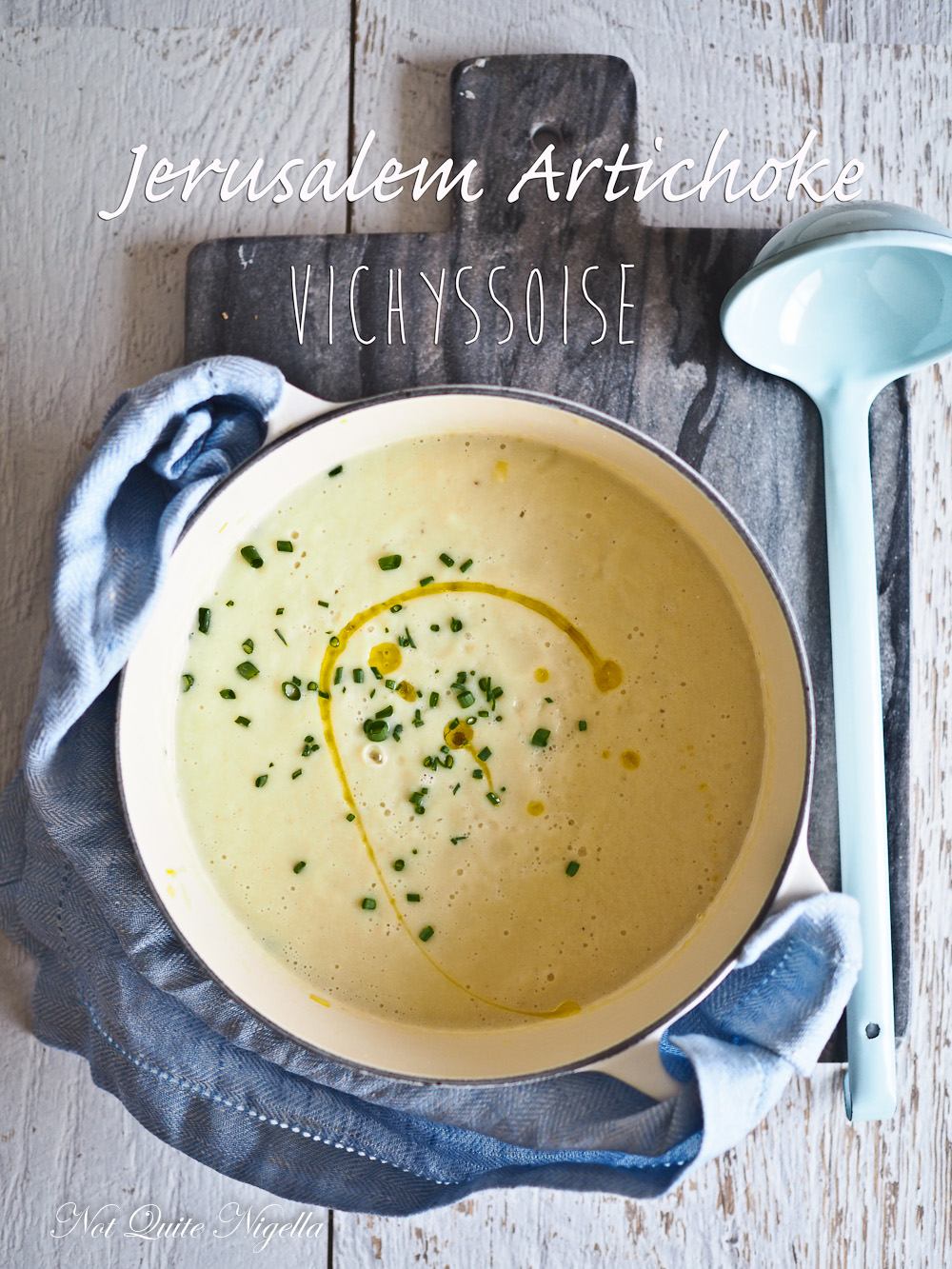 Are you in the midst of Summer or are you in the full blown depths of Winter? This soup is for both those in the Northern and Southern hemisphere. This updated, lighter version of a Vichyssoise is made with Jerusalem artichoke instead of potato giving this a sweet, earthy flavour. I have to admit that I prefer this lighter version to a regular Vichyssoise!

This was my first time cooking with Jerusalem artichoke. I've eaten this vegetable plenty of times. It's like potato but not potato and truth be told when you're expecting a roasted potato, a Jerusalem artichoke doesn't quite do the trick and isn't as satisfying. 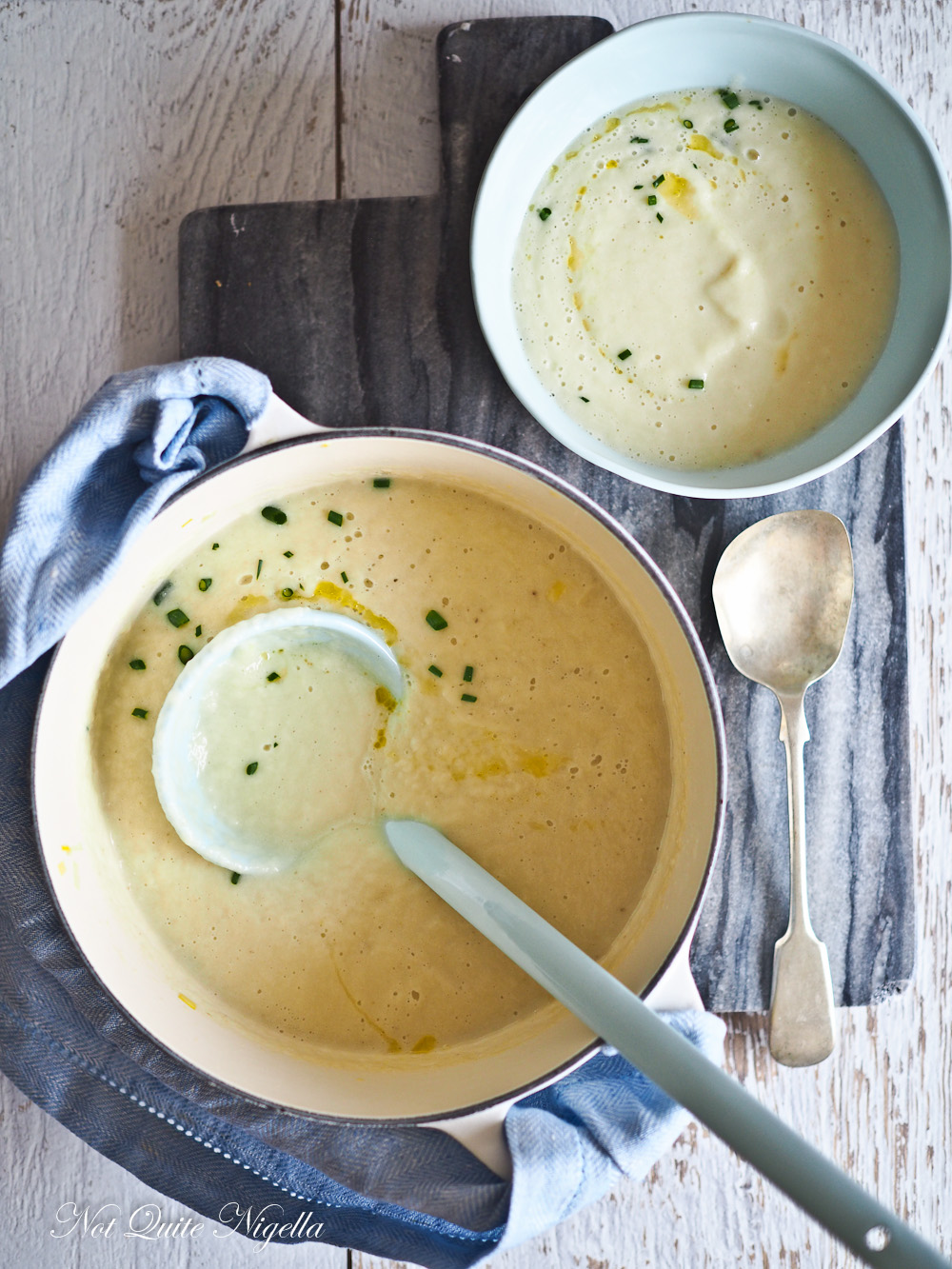 So then I decided to make a soup out of it for lunch but it would have to be a chilled soup as the weather was 38°C/100.4°F. Enter this wonderful vichyssoise which I actually think is better than a regular cream laden version. I added some natural yogurt instead of cream as cream was too heavy for a hot day but feel free to use cream if you happen to be in the depths of Winter and need that extra hug. Nobody's judging here.

Speaking of judging, I remember as a bratty kid I used to be embarrassed when my parents used to query things like being short changed by 5 cents. They had both grown up with money but the war had changed their family circumstances dramatically and their families lost so much, especially my mother whose father was taken. And being a kid I would hide whenever they'd politely query a discrepancy like the wrong change at the supermarket. "It's only 5 cents!" I would say as if it was completely embarrassing for me. My mother would just put the money in her purse and not say anything. I think it wasn't the sort of thing that she wanted to do as she has a lot of pride, but it was only made worse when your spoilt kid who has never gone hungry questions it too. 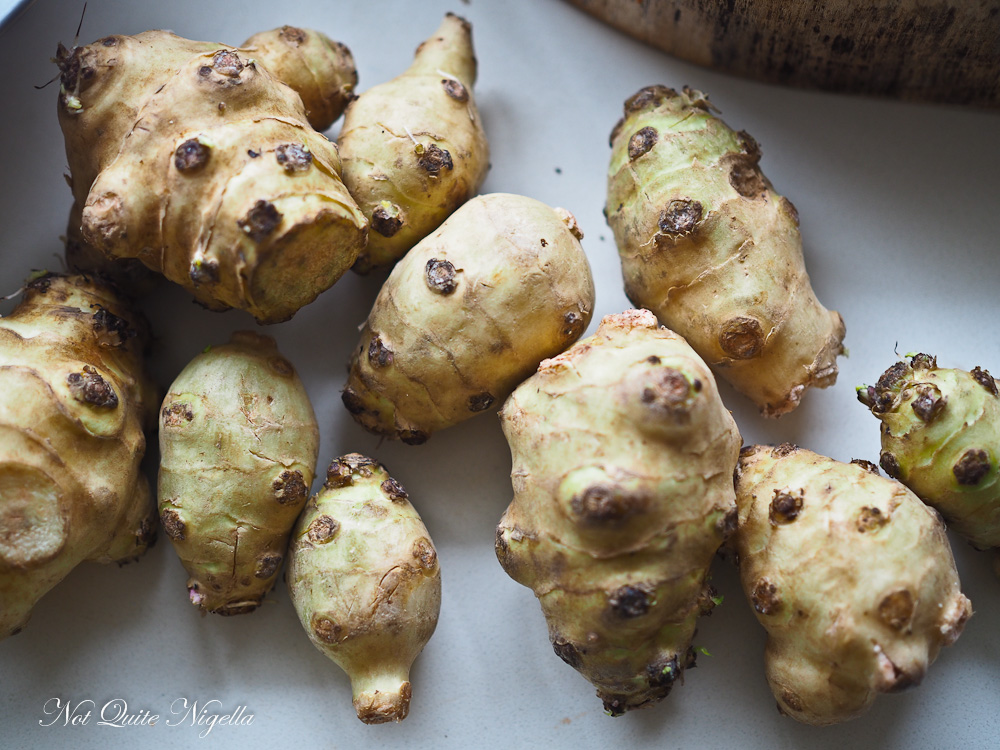 Anyway the apple doesn't fall far from the tree and I found these Jerusalem artichokes in the bargain section of a greengrocers. I always do a low and slow past it in case there is some treasure to be found there. I'm not sure how much they normally are but I figured I would just chance it on this $1.75 packet. They looked totally fine (and they resemble squat fingers of ginger actually more than a Globe Artichoke). And then I discovered my favourite Vichyssoise.

So tell me Dear Reader, did you have many bratty moments as a kid? Have you ever cooked Vichyssoise before? And are you in summer or winter now?

An alternative way of doing this is the way I did it. I boiled them in their skins until tender and when cold, peeled off the skins which came off easily. 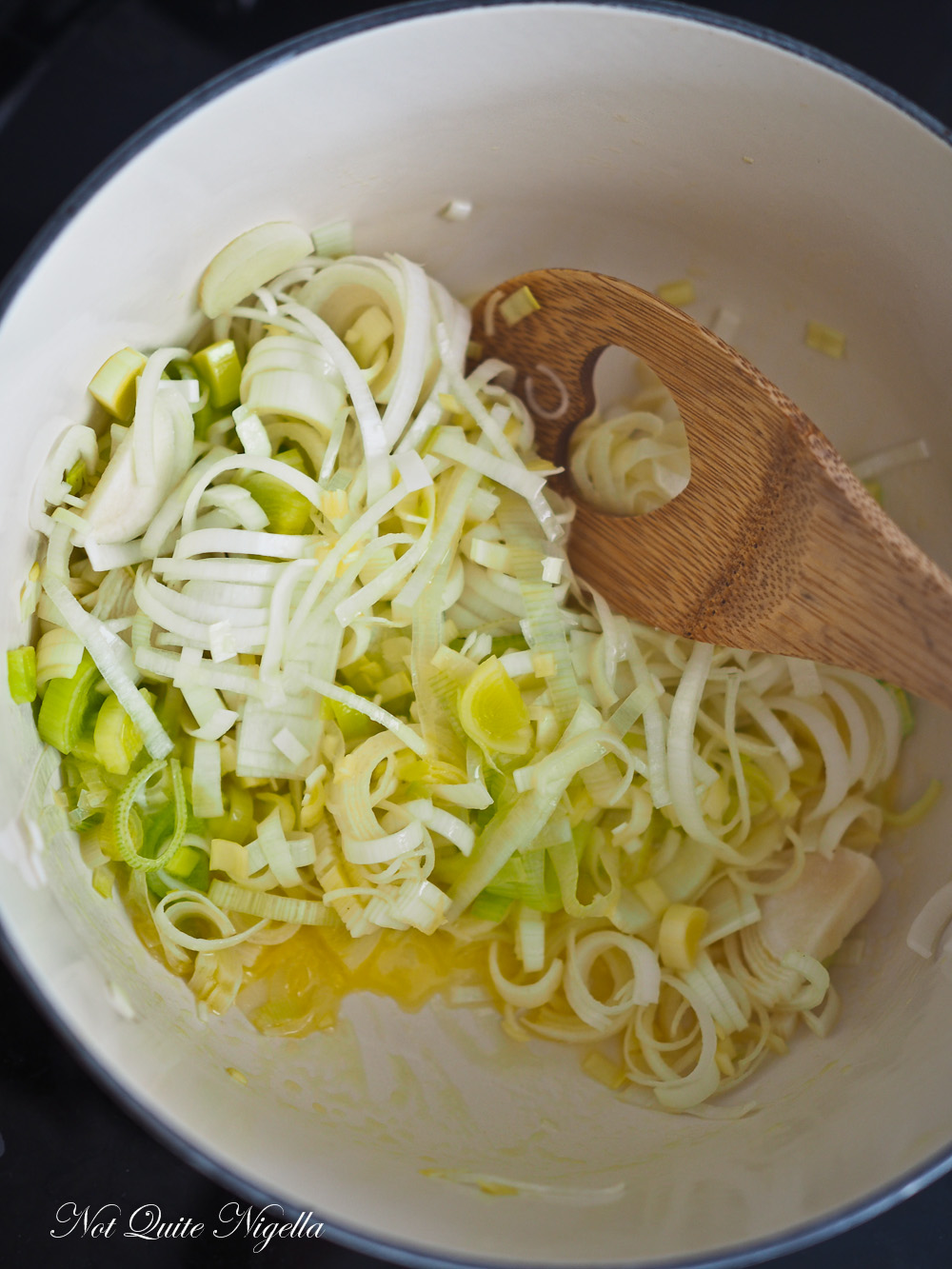 Step 1 - Slice the leeks in half horizontally and wash well. The outer leaves may have dirt trapped between the layers. Slice thinly. Place the butter in a medium sized pot on medium heat and saute without browning. It will take about 5-7 minutes.

Step 2 - Add the Jerusalem artichokes and chicken stock and simmer for 30 minutes or until the artichokes are soft. Remove from heat and puree in a blender or use a stick blender, add yogurt and puree again. Serve hot or cold with chives and a swirl of oil on top.