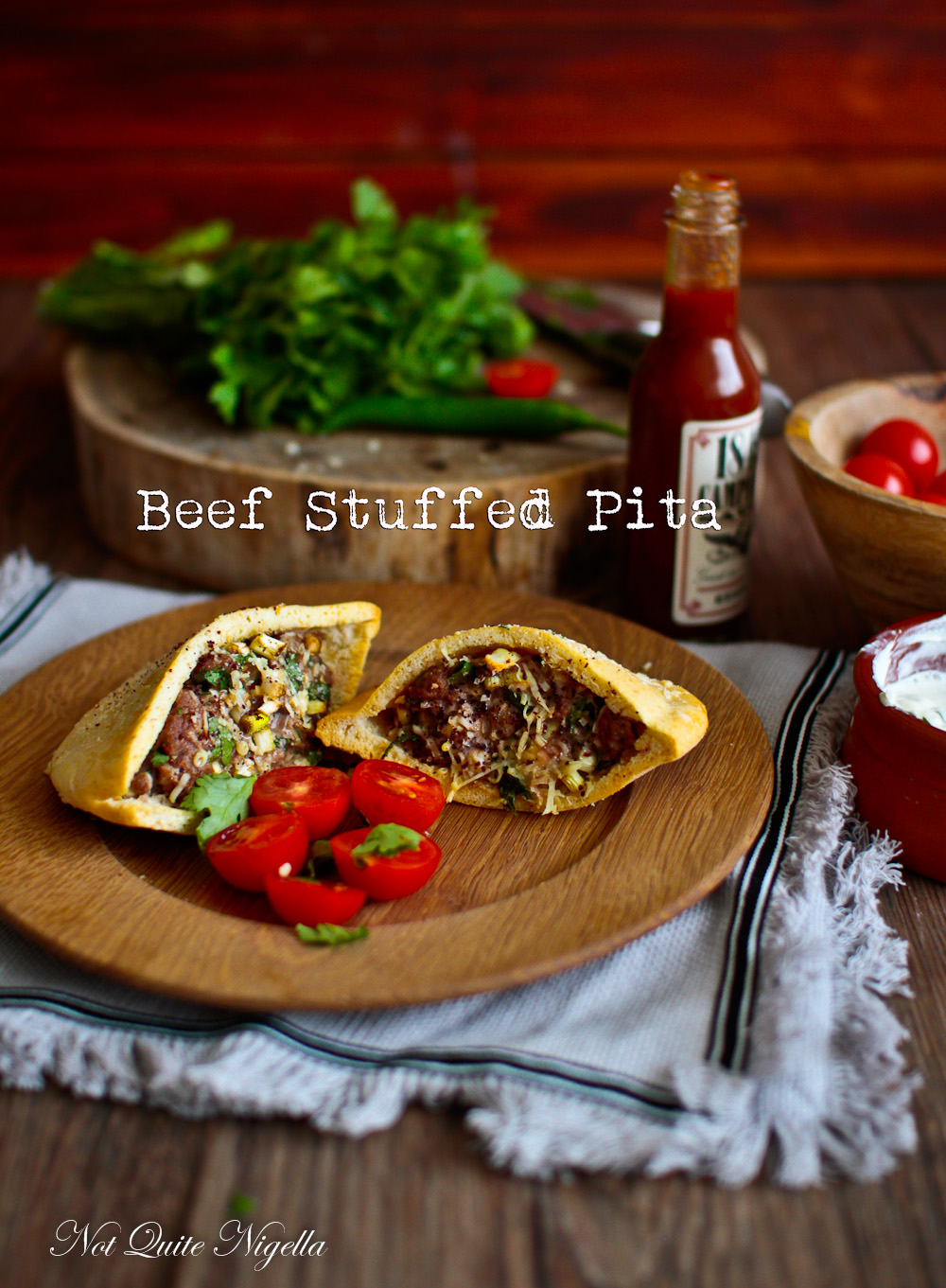 Short on lunch options? Try this super easy way to spice up pita breads. You can use home made or shop bought ones and then fill them with a spiced beef mince, herbs and cheese. The mince bakes into the bread releasing flavours and juices into the bread. These delicious pockets are based on the Egyptian snack Hawawshi. Lunch will never be the same again!

I say that they're inspired by Egyptian hawawshi because I changed things around a bit. And that's the beauty of these pita pockets. You could even use Mexican spices, Asian or Indian spices or whatever mince you want. You could even make it vegetarian by using a red lentil or chickpea mix. With hawawshi usually the filling is baked between raw dough especially in Alexandria but this is a quick version using ready made pita breads stuffed with raw spiced mince that cooks in the oven. The key is to wrap each sandwich in parchment or foil to keep the juices and flavours in and the bread soft. 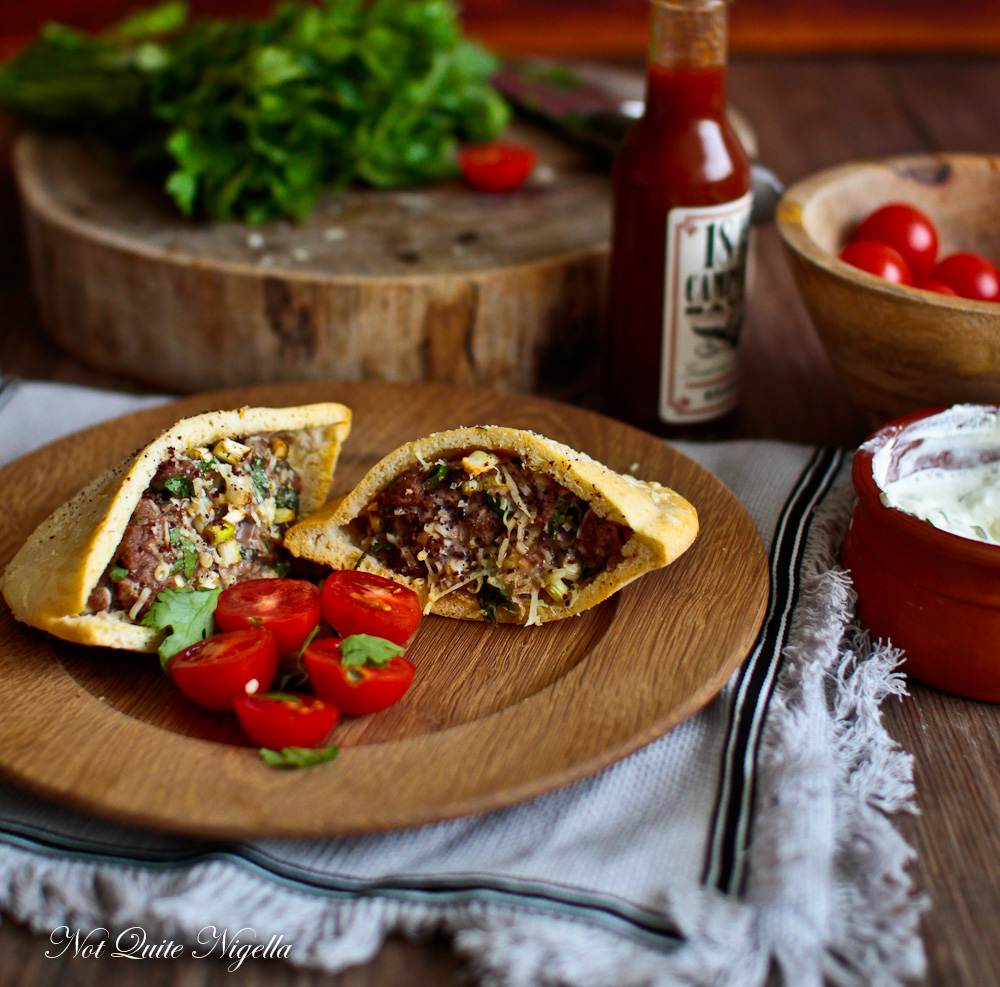 I made some of these for Mr NQN to eat while I was away in Orange. He had two nights to fend for himself so I hoped these would prove to be a handy dinner for him. Or so I hoped. He's not great at feeding himself and one night I messaged him quite late, near to midnight assuming that he was in bed. I asked for a photo or video or Mochi because I miss her little face so much while I am away. I have mentioned his obsession with an augmented reality game called Ingress before and it has become quite an obsession. Because I received this: 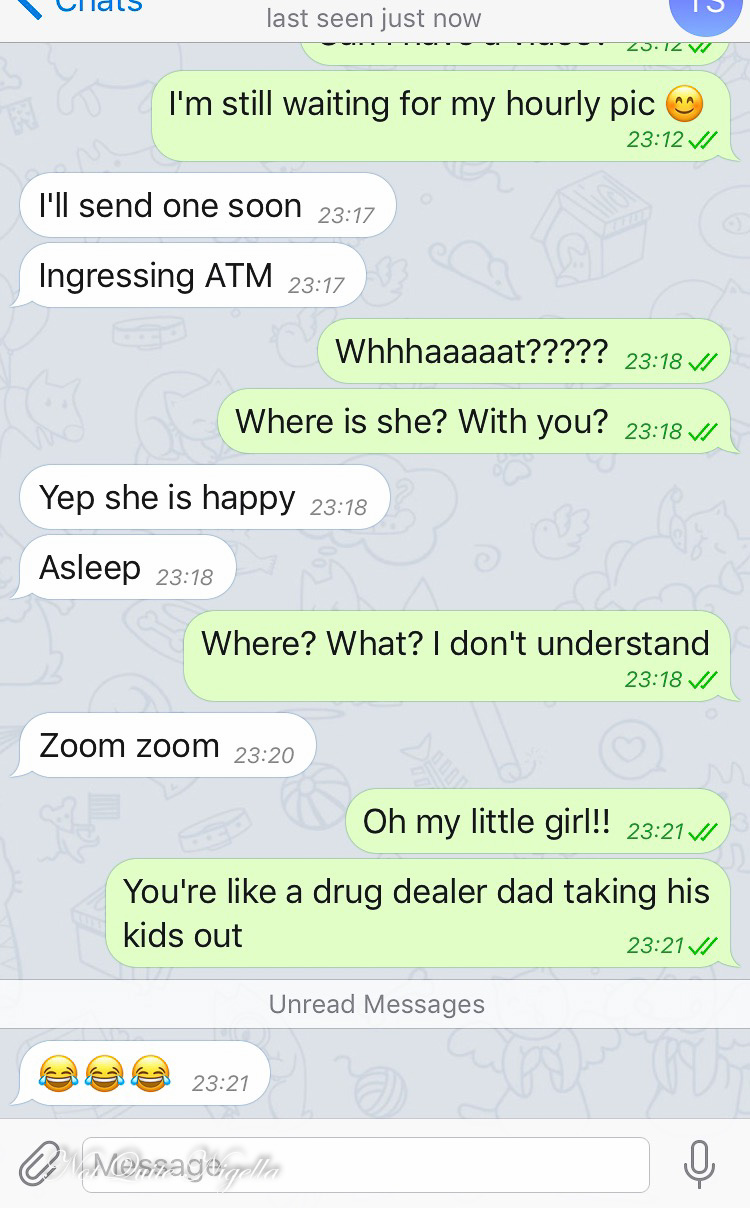 Well instead of having a full tummy and being tucked up in bed like they both normally would be, Mr NQN went wild with Ingress taking Mochi along with the ride. I worried about Mochi's sleep-she sleeps about 20 hours a day and all sorts of scenarios filled my head. But thankfully he had taken a hawashi with him to nibble on. It's a portable enough snack for you to do one handed while you're trying to play an augmented reality game-or so I'm told!

So tell me Dear Reader, do you worry about people eating while you are away? Do you always take food with you if you are going to be out for a few hours? And have you ever tried Hawashi? 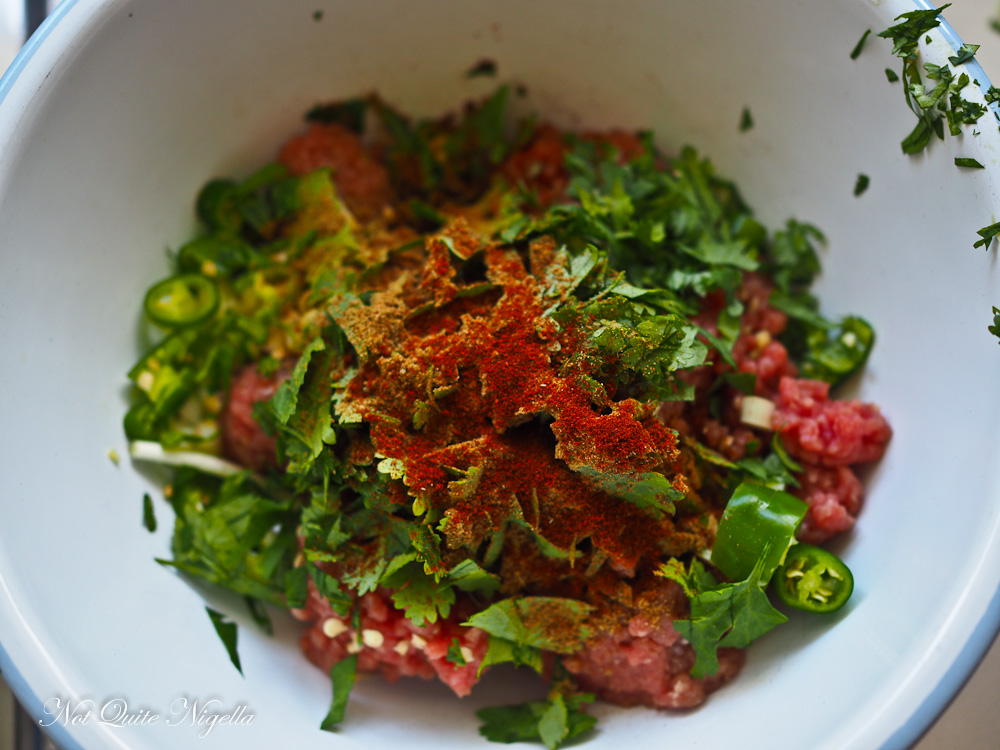 Step 1 - Preheat oven to 180C/350F and have a baking tray ready. Cut a slit in the middle of each pita bread half. Mix the mince, onions, tomato paste, garlic, chilies, parsley, cheese, salt, cumin, sumac and coriander in a bowl with a spoon or with your hands.

Step 2 - Stuff the breads with the filling, brush with oil and wrap each sandwich in parchment. Bake for 15 minutes. While they are baking, mix the yogurt, garlic and salt together and serve with halved tomatoes.