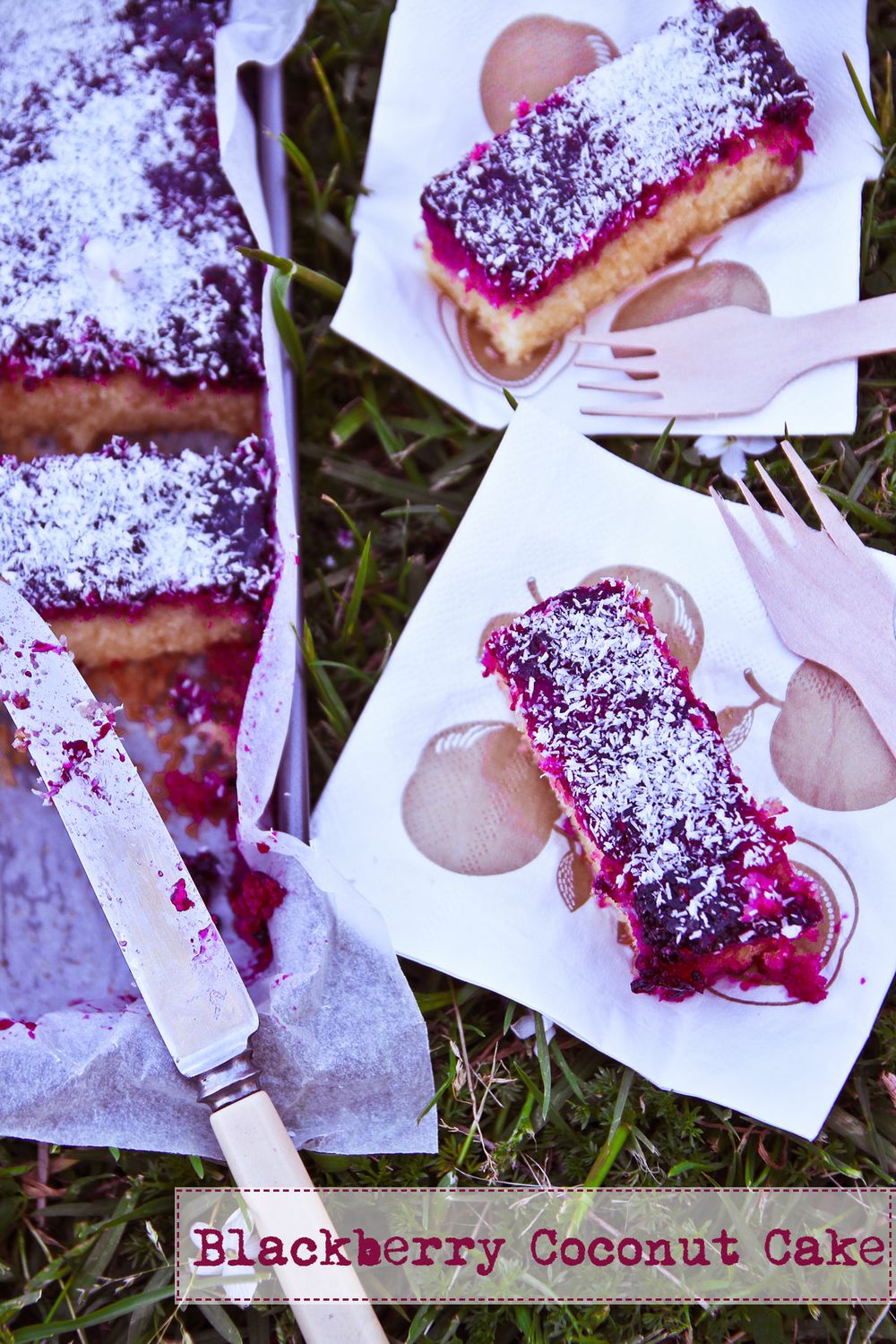 My mother in law Tuulikki is not your usual image of a mother in law. In fact my mother repeatedly tells me how lucky I am to have her as my MIL. Mr NQN and I often comment that Tuulikki often lives in a fairytale world where people are kind, wear flowing purple scarves and keep flocks of geese and herds of goats as pets. Things such as bills go missing and yet humans can subsist on a diet of music, incense and coconut oil. She retains an other-wordly air about her and should anyone nasty cross her path, she is genuinely befuddled and horrified by their behaviour. It's quite nice really.

She also tells very funny tales of when she was young. Growing up in Finland, all she wanted was a monkey. Living in Finland, you understand is really not a natural habitat for a monkey to be found. But every Christmas and birthday would roll around and she would make dresses and skirts for her monkey which never arrived. 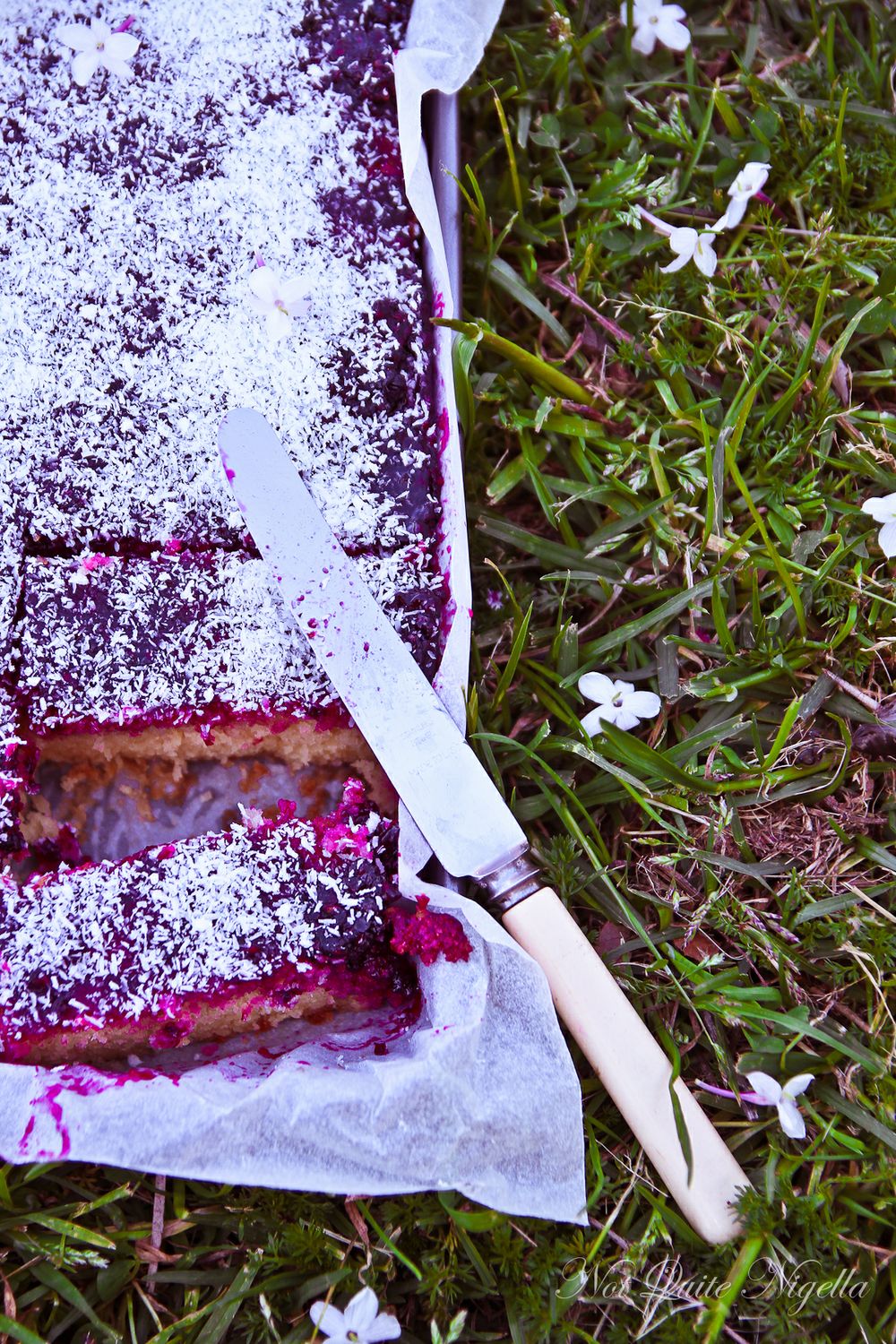 "They never told me that a monkey wasn't coming. I just kept making dresses for it until I got older. I don't know why they didn't tell me I couldn't have one in that climate!" she wondered to me, still slightly upset.

"How old were you when you realised that you weren't getting a monkey?"

"Oh well, I don't think I ever realised it..." she said trailing off, her shoulders sagging at the memory of lost monkeys. 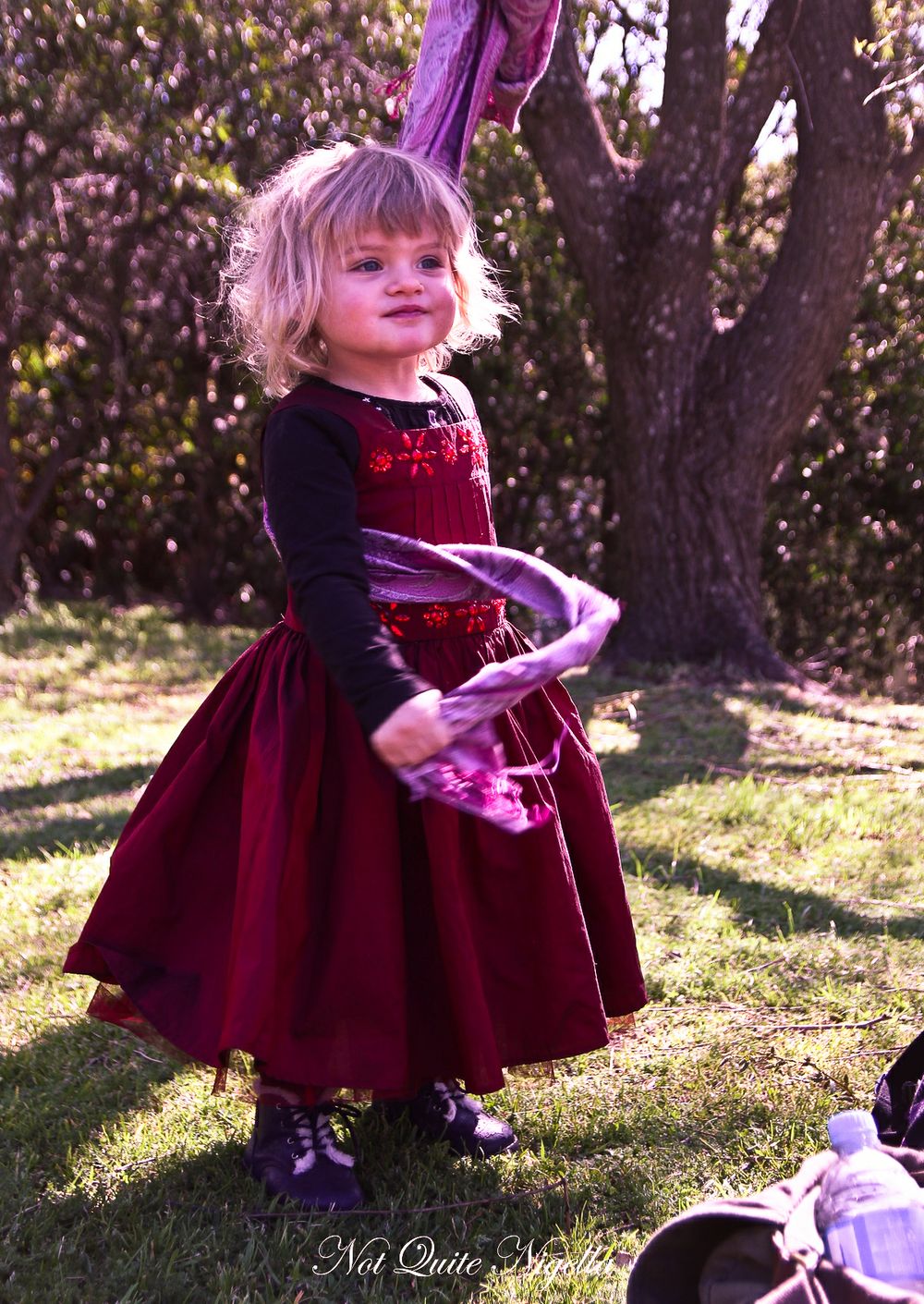 She now has the cutest little monkey in her granddaughter Aura who is a steadily growing and curious 21 month old. Just last week we had a picnic to celebrate the start of spring. Her dad The Banksia Man brought her to the picnic as her mum Mr NQN's sister Araluen had to work. "Aura the Explorer" as we now call her, ate everything in sight including grabbing a huge piece of Afghan bread, pickled radish, bananas, strawberries and cake. And what kid doesn't love cake? 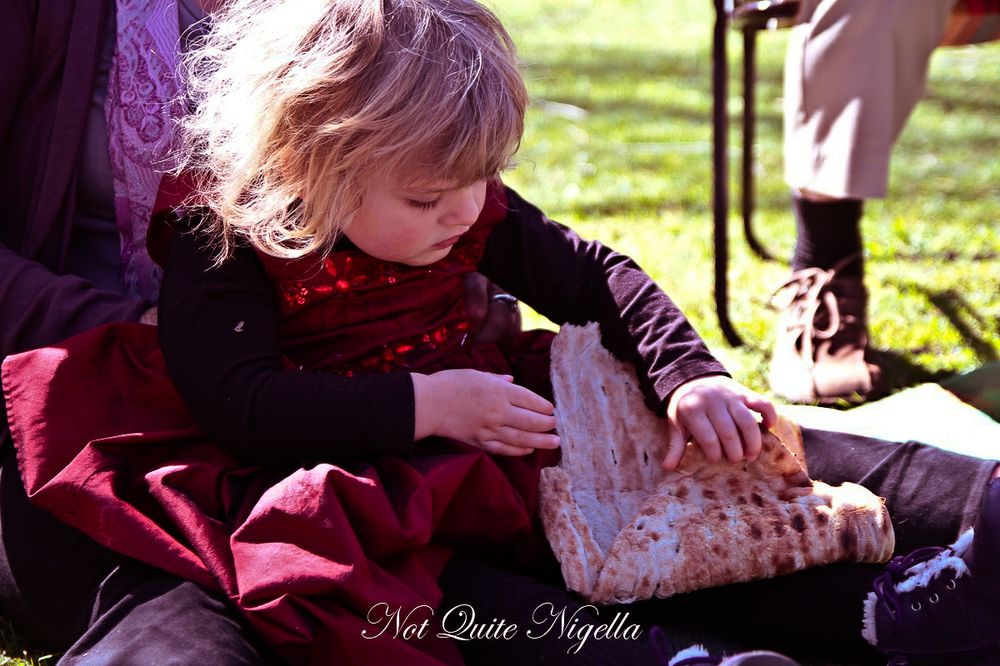 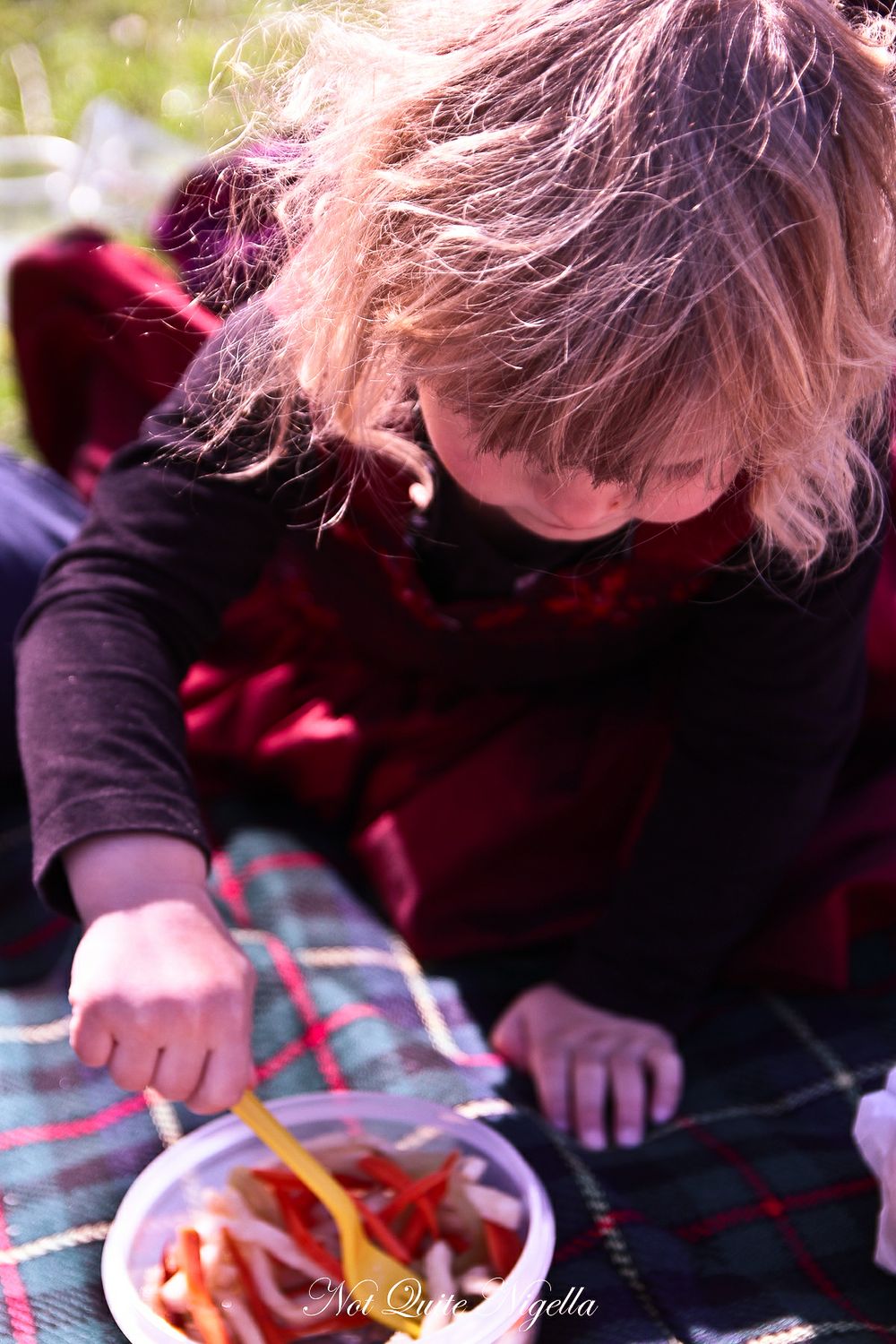 The cake in question was a blackberry and coconut cake, rich and moist with coconut and spread on top with a jammy spread made with blackberries. The cake remains moist for a few days so is ideal for when you want to prepare something ahead of time. It is also easily transported-I brought it in the tin in which it was baked and we just sliced it then and there while sitting on the rolling lawns of Centennial Park. Lightning-fast Aura the Explorer even helped herself to some which she declared yummy in both English and Finnish.

So tell me Dear Reader, were you a good eater as a child? And when you come across not so nice people, are you surprised by their behaviour? And do you go on picnics? 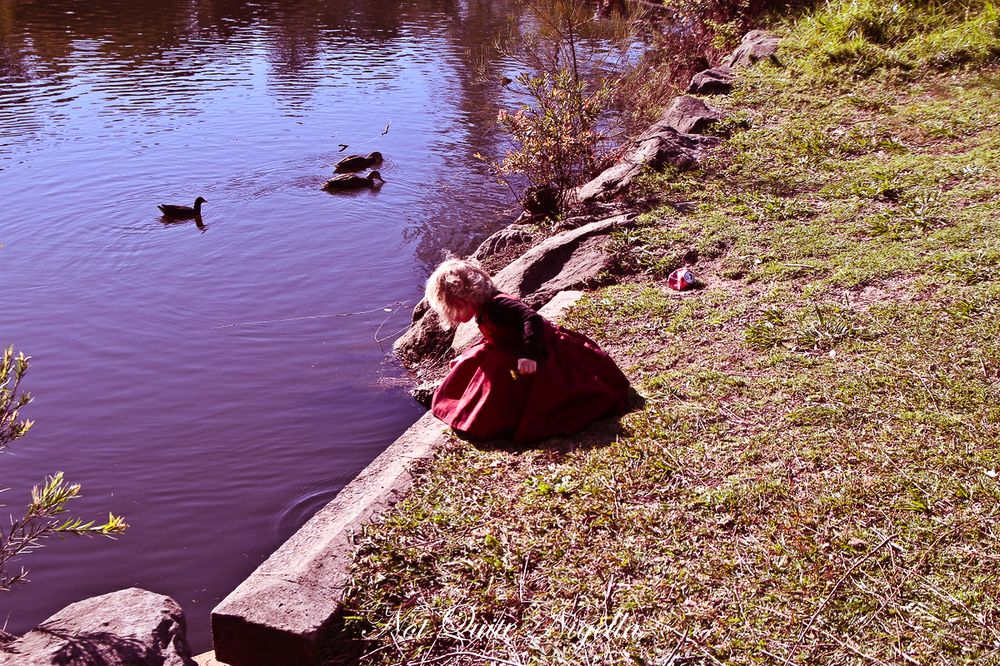 Step 1 - Grease and line a 30x20cm or 12x8 inch rectangular cake tin. Preheat oven to 180c/350F. In the bowl of an electric mixer, cream the butter and sugar until pale and fluffy and then add eggs one at a time. Mix the flour and baking powder together. Using a spatula, fold in the flour mixture and the coconut milk or cream, orange zest and vanilla extract. It will be quite thick but spreadable. Place in the prepared tin and smooth down flat and bake for 25-30 minutes. 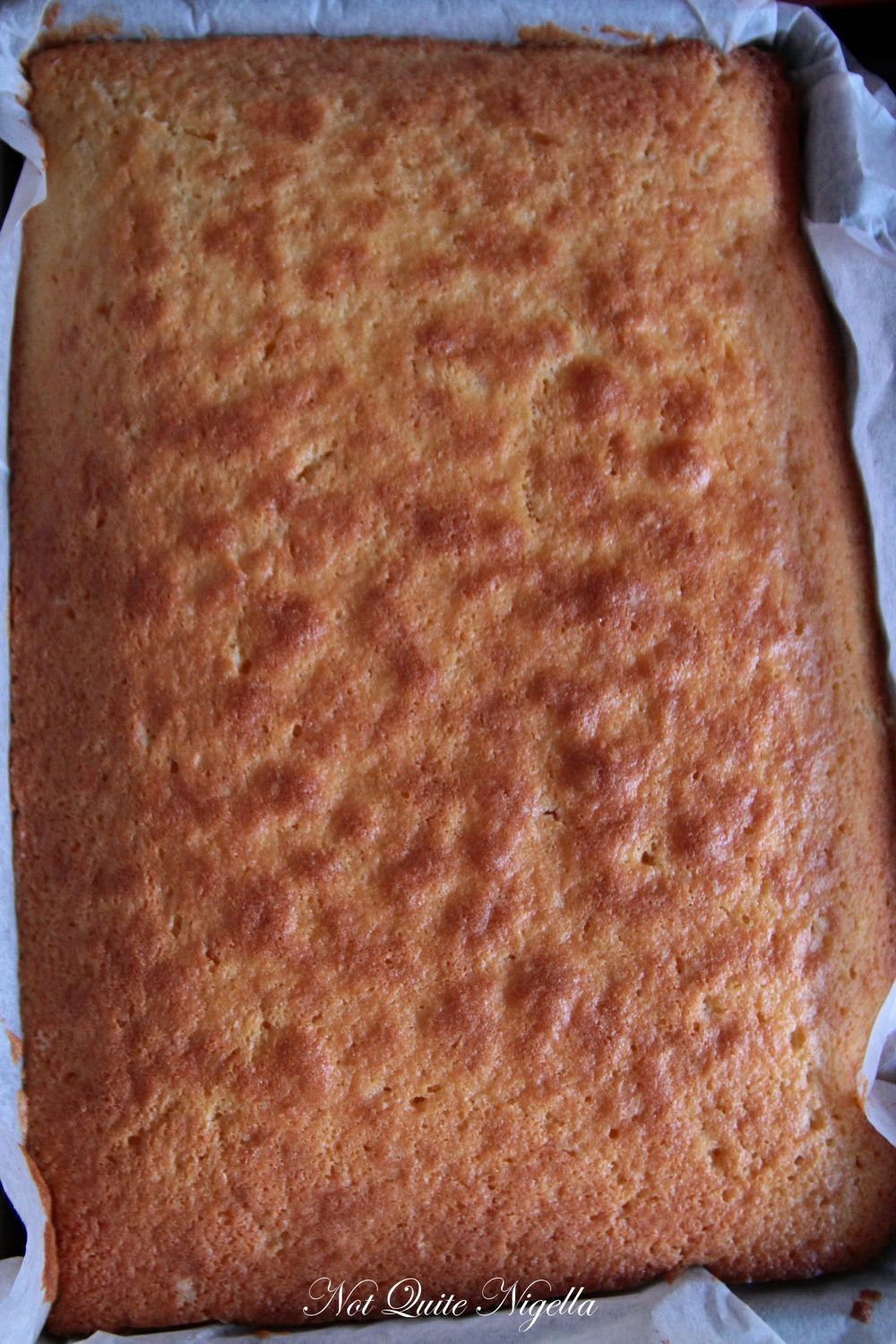 Step 2 - While it is baking, make the topping. In a saucepan heat the fruit and the sugar and lemon juice and simmer for about 25 minutes. Cool slightly for 5-10 minutes. 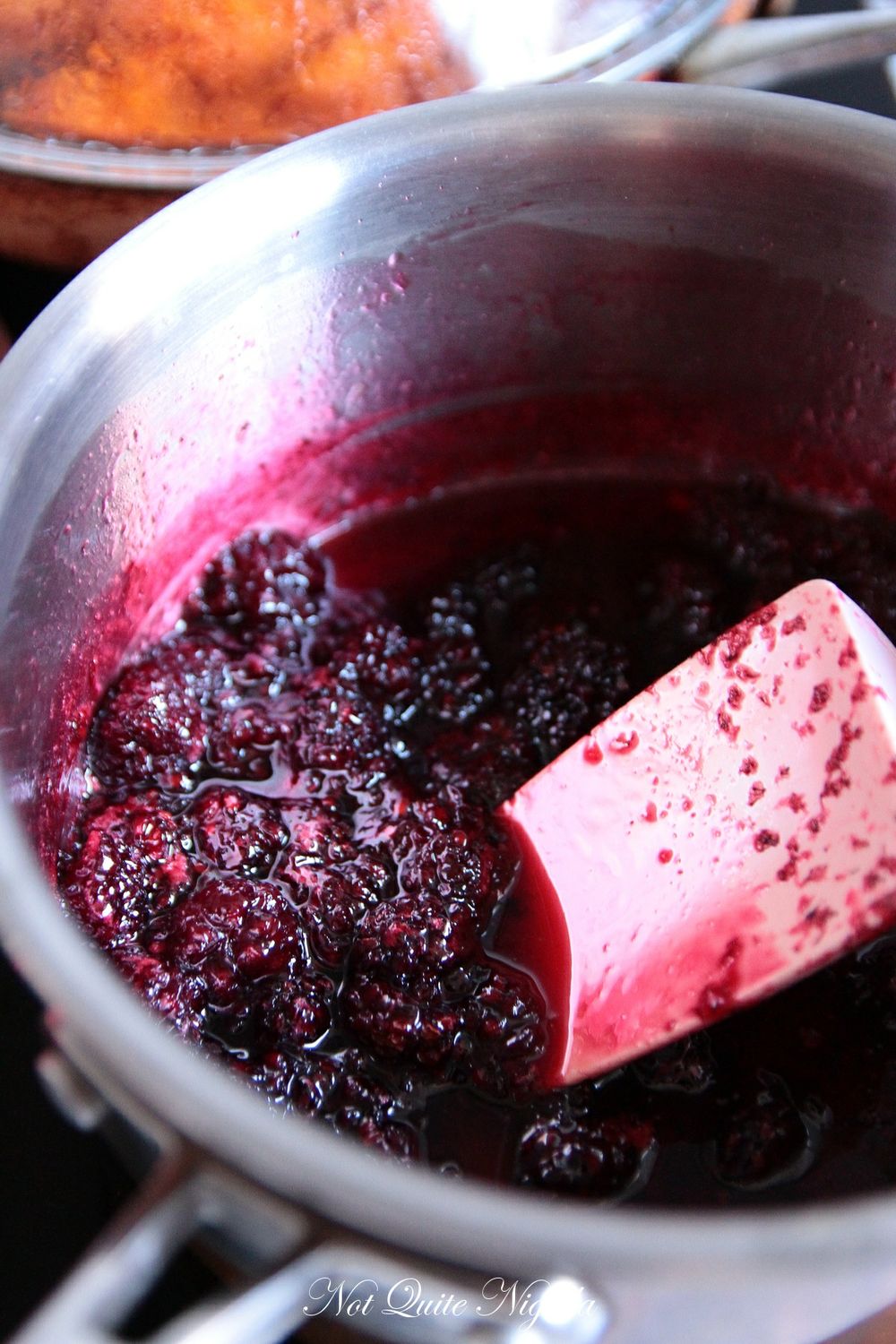 Step 3 - Remove sponge from the oven and allow this to cool for 5-10 minutes. Spread the jam topping over the cake with a spatula or palette knife and sprinkle with the coconut. 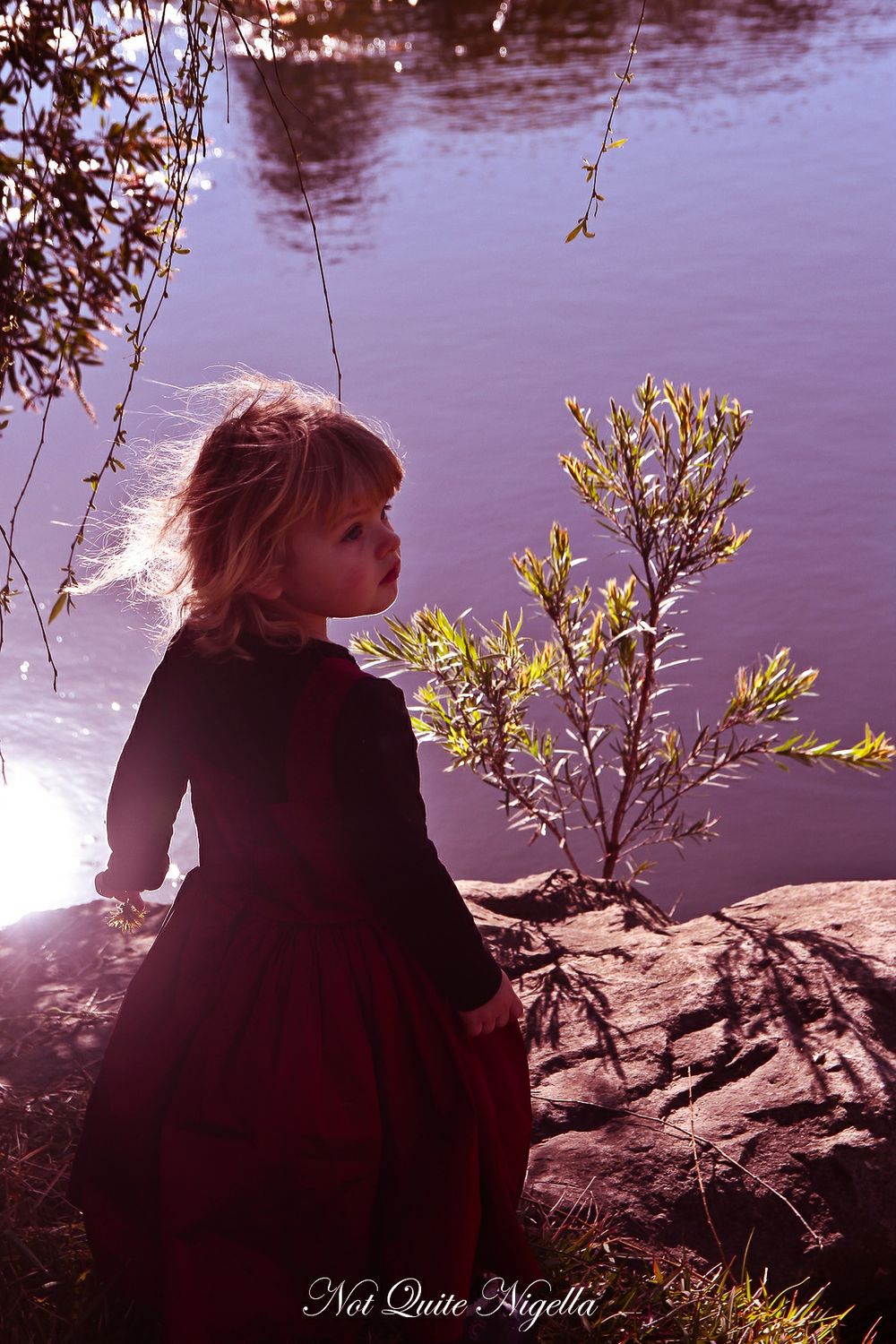 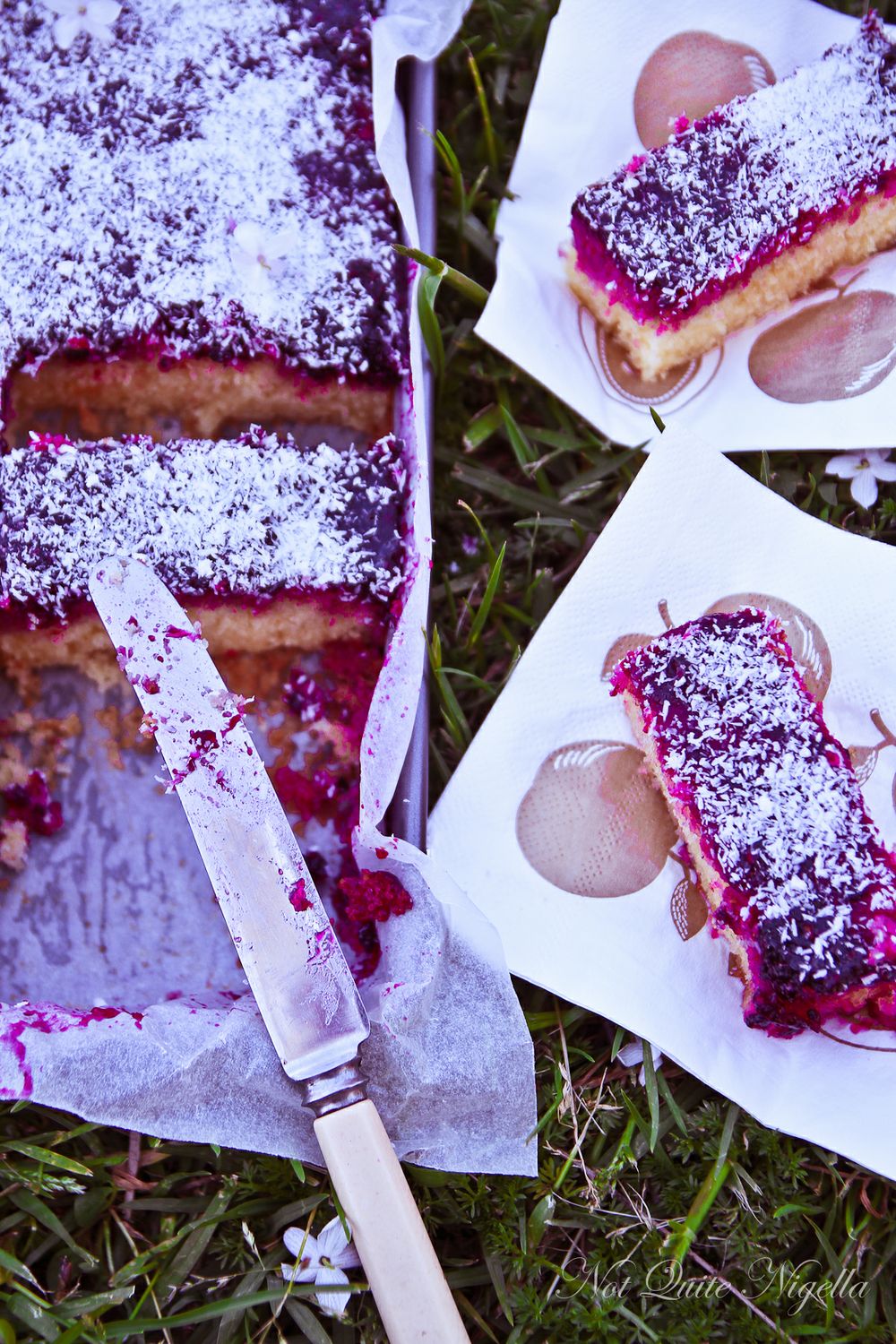