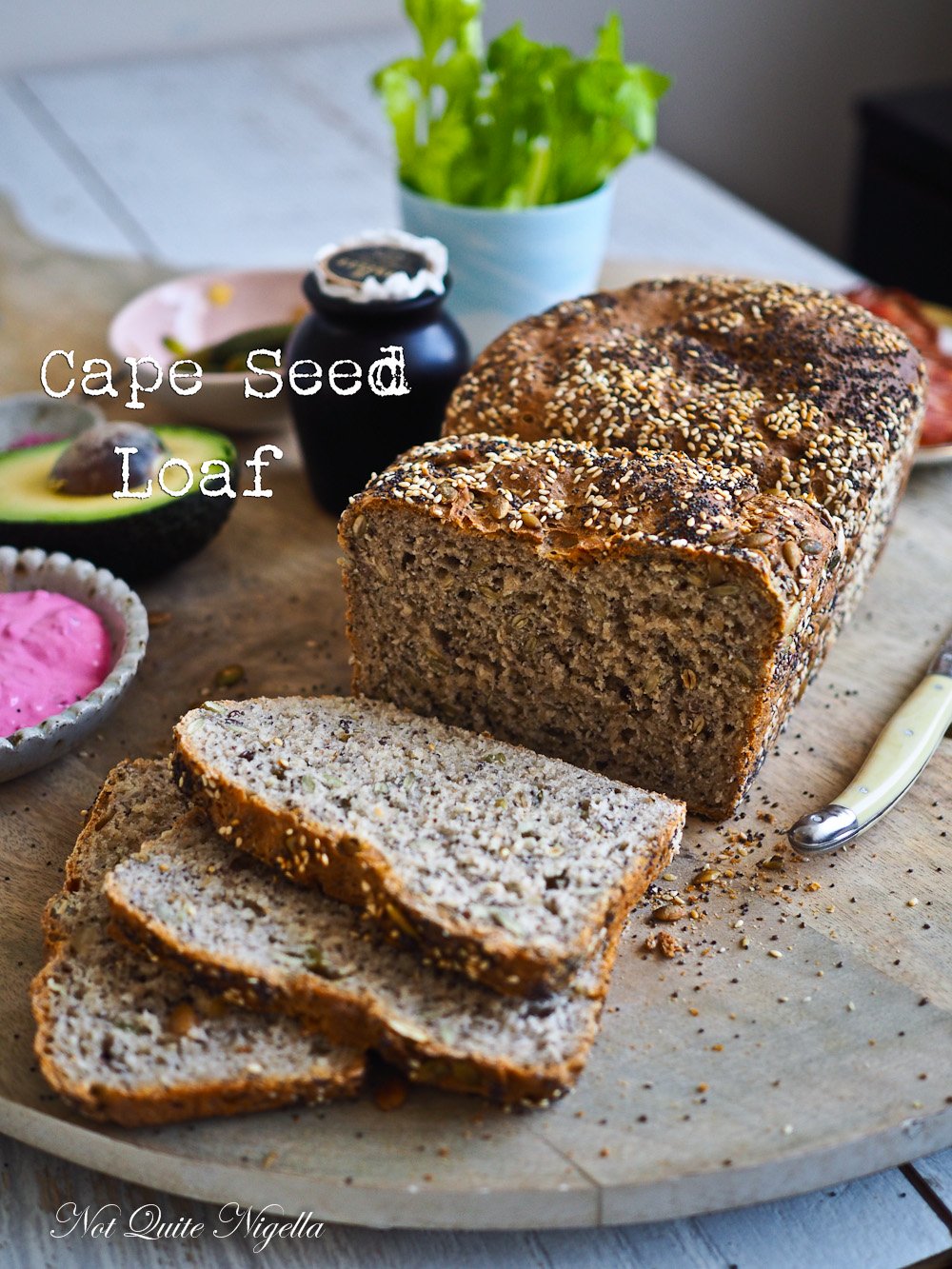 Want a bread that's full of those wonderful nubbly, crunchy seeds? Try this bread made with wheat, rye and buckwheat flour plus seven types of seeds for extra goodness and makes you feel full for longer! The bread is high in fibre and protein and also low GI and most importantly, tastes wonderful!

As soon as I saw this recipe on my friend Sally Hammond's blog I knew that I had to make it. Sally's loaf was a tall loaf resplendent in its seed coverage and height. I was overseas when I saw it and the week after I returned I rummaged through my fridge and pantry and was delighted that I had most of the ingredients. 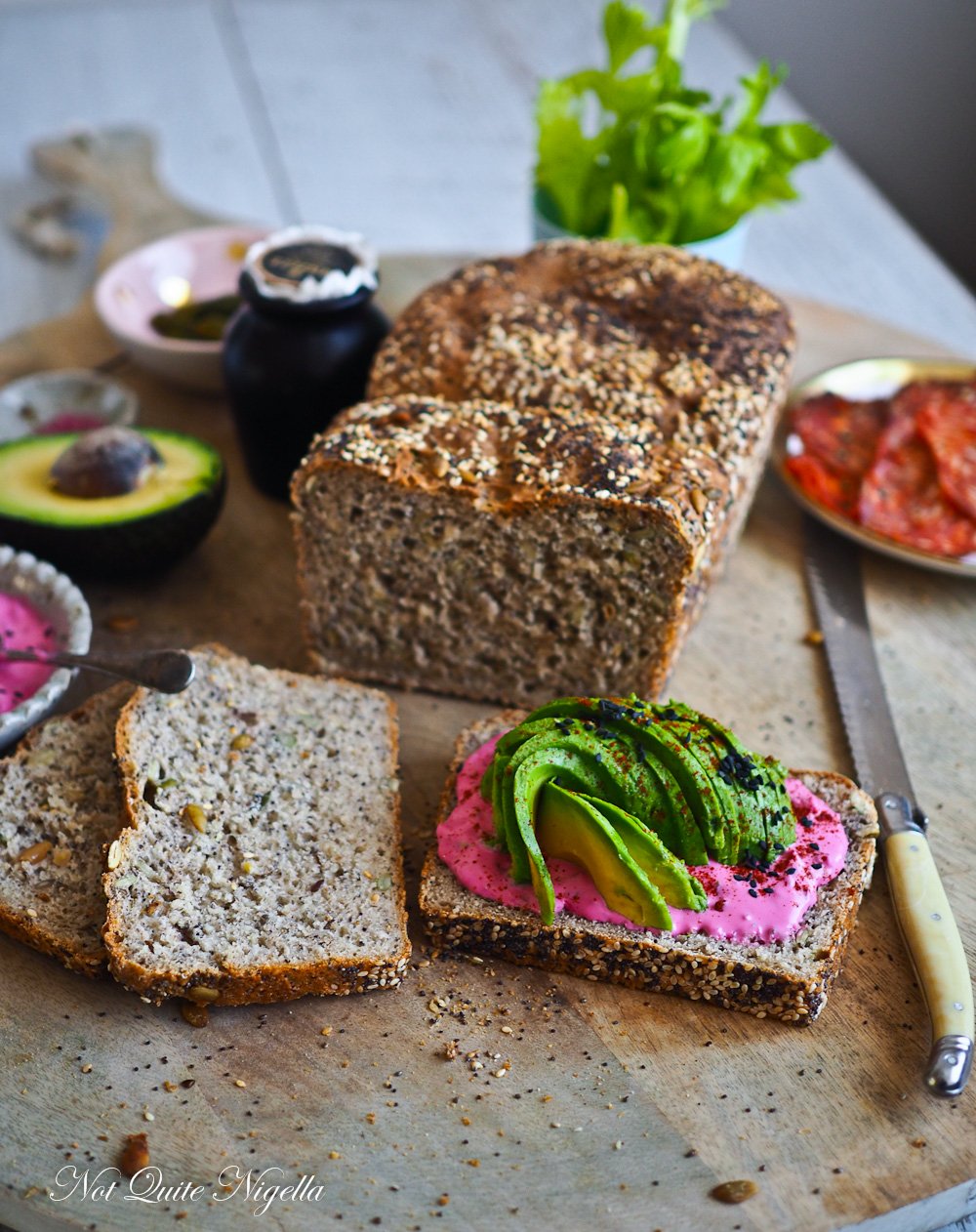 Sally's endeavours with this bread were in an effort to replicate a popular bread chain's Cape Seed Loaf. Their version is a kneaded, yeasted version although the original Cape Seed Bread was not a yeasted one. Cape Seed actually comes from Cape Town in South Africa and was created by a Cape Town farmer who used the seeds that he had to hand.

I overheard someone at a restaurant say the other day, "Now that carbs are back..." and I perked up. Not just because I was about to reach for a piece of bread. And then I realised that she may be right. Carbs, the demon that caused many to cry gluten intolerant was our best friend this winter. Also now seeds and grains are in (were they ever out?). And from listening to some people sugar is still out and now I hear that meat is becoming unfashionable and vegetarian and vegan is in. 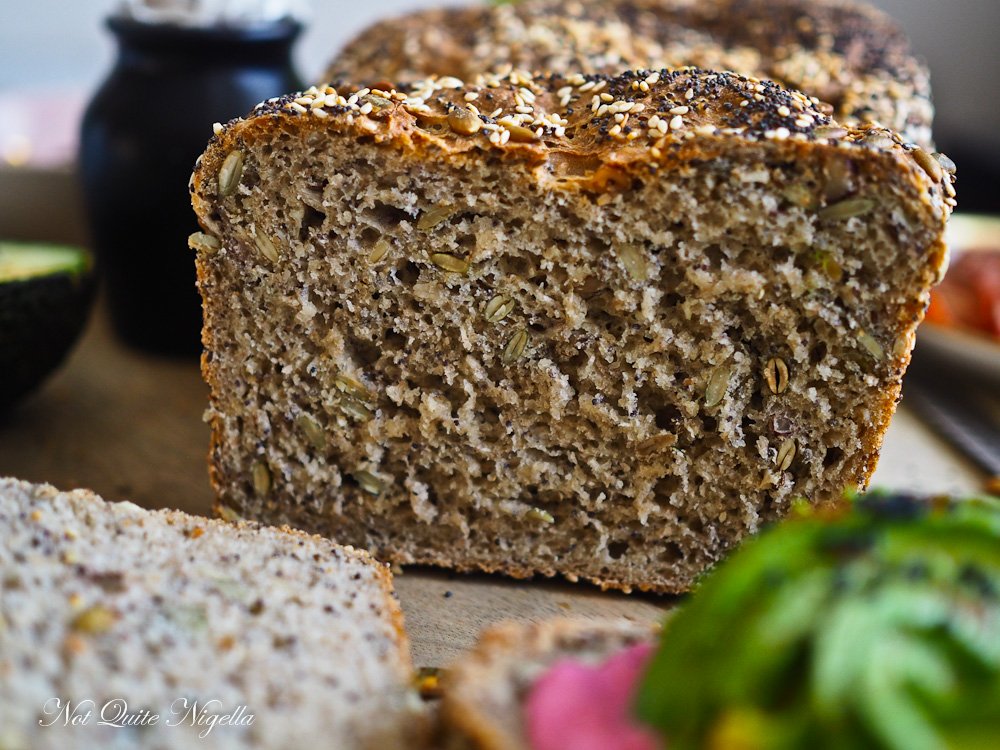 My head spins at all of this. I feel as though these food trends that would normally last a decade (fat in the 80's being bad) now last a year or two with the quick dissemination of news (or fake news some might say in the health and wellness arena). It's a lot to ruminate on. Perhaps I will ruminate on it with a slice of this seed bread!

So tell me Dear Reader, are you concerned with food fashions? What food do you think people are avoiding now or are there any foods that you are cutting down on or avoiding? Does it make your head spin when you hear about food fads?

Adapted from the lovely Sally at Food & Travel

Step 1 - Mix the three types of flour with the yeast and sugar in a mixer fitted with a dough hook. Add the water until it starts to come together but isn't overly sticky. Knead for 6-7minutes or until elastic in texture.

Step 2 - Oil a large bowl (I use the mixer bowl and use a dough scraper to make sure the sides are clean) and shape the dough into a ball and cover with cling film (Sally suggests a clean shower cap). Place in a warm, draught-free area. I sit it in a bowl of hot water to activate the yeast. Allow to rise until double in size for 1 hour or so. 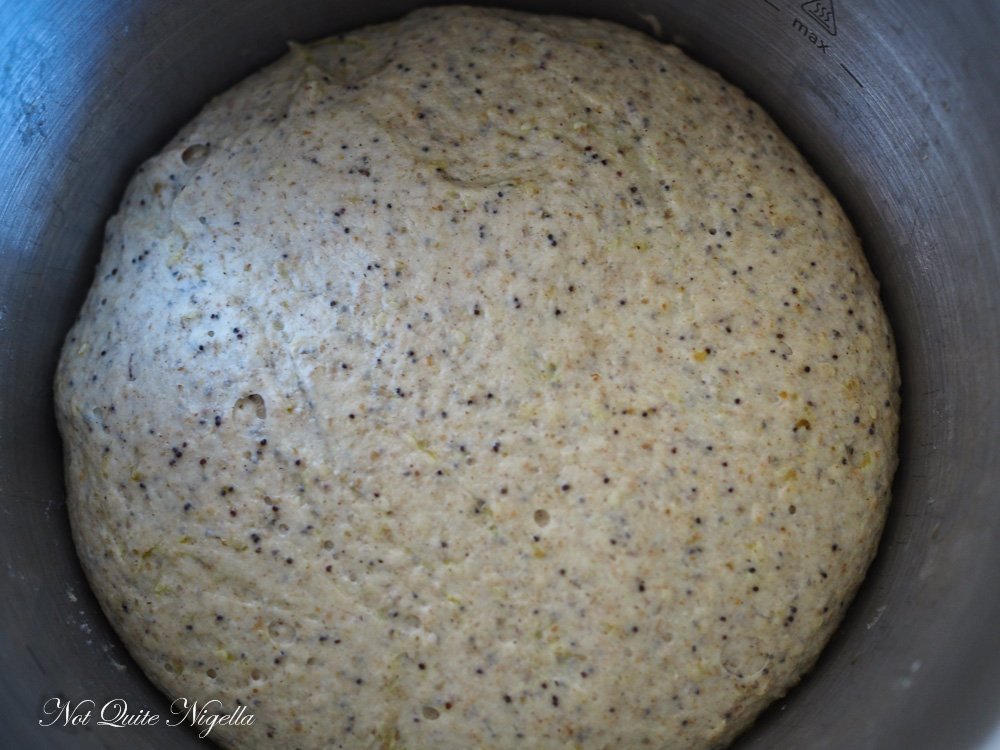 Step 3 - Punch the dough down and then knead in the salt, pepitas, sunflower seeds, sesame seeds, chia seeds, poppyseeds, linseed and caraway seeds. 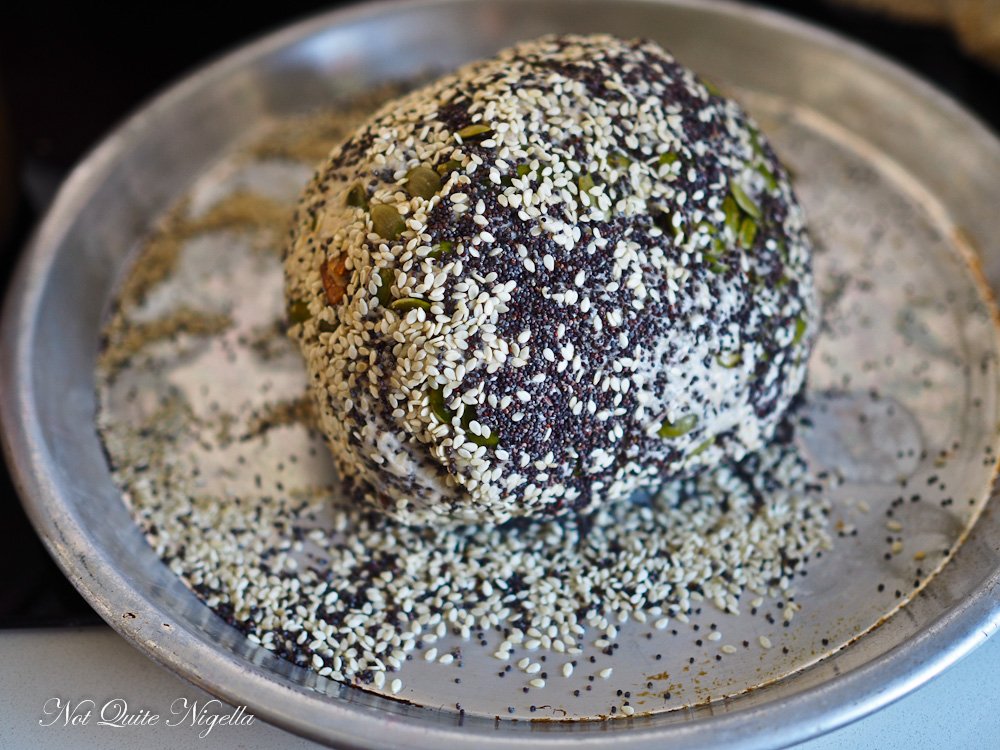 Step 4 - Oil a large loaf tin and line it with parchment. Place the seed rolling mix on a large plate with a rim. Separate the dough into two balls and roll them in the seeded mixture. Place them in the prepared tin and cover with cling film and allow to rise again for around 30 minutes. Preheat oven to 200C/400F and bake for 40 minutes. Cool in the tin for 10 minutes and then remove and cool on the bench. 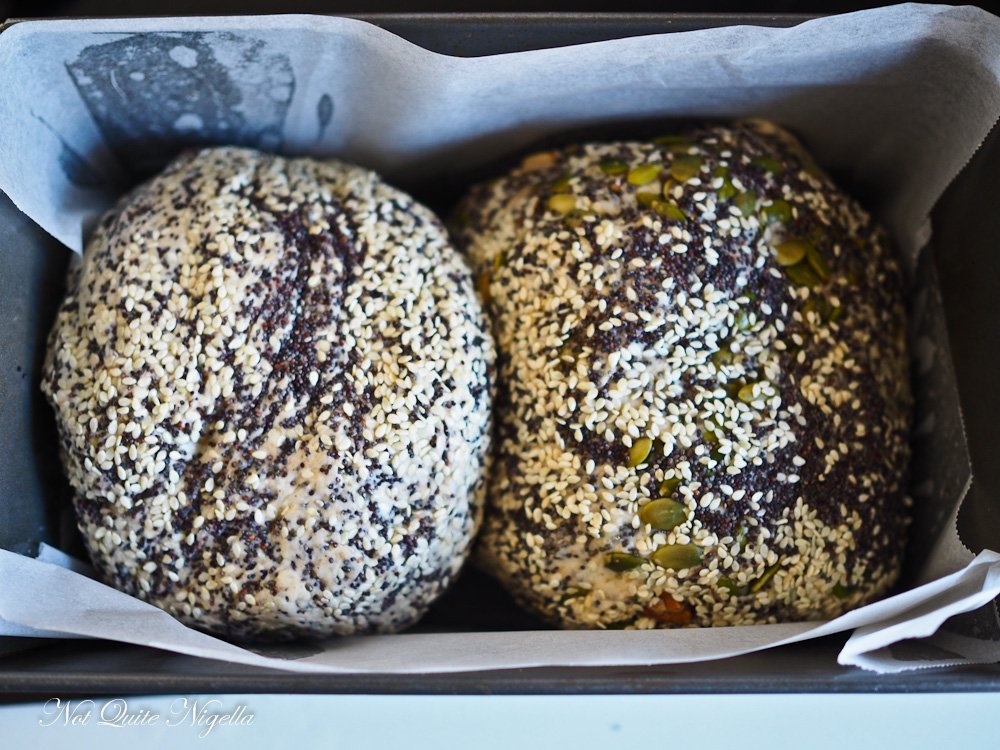