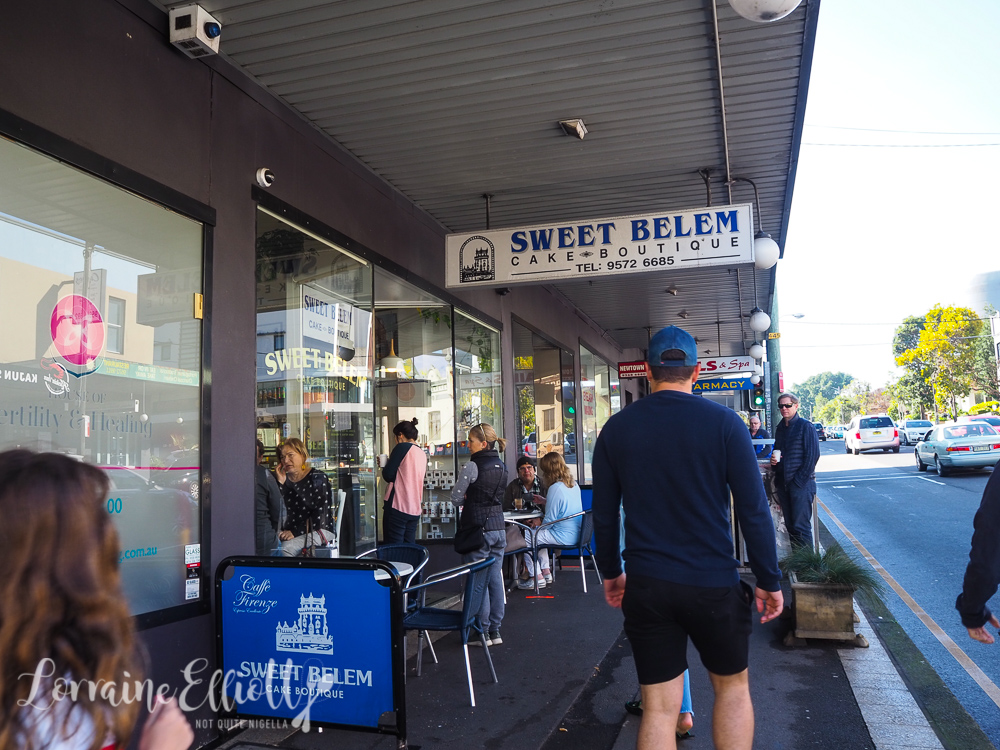 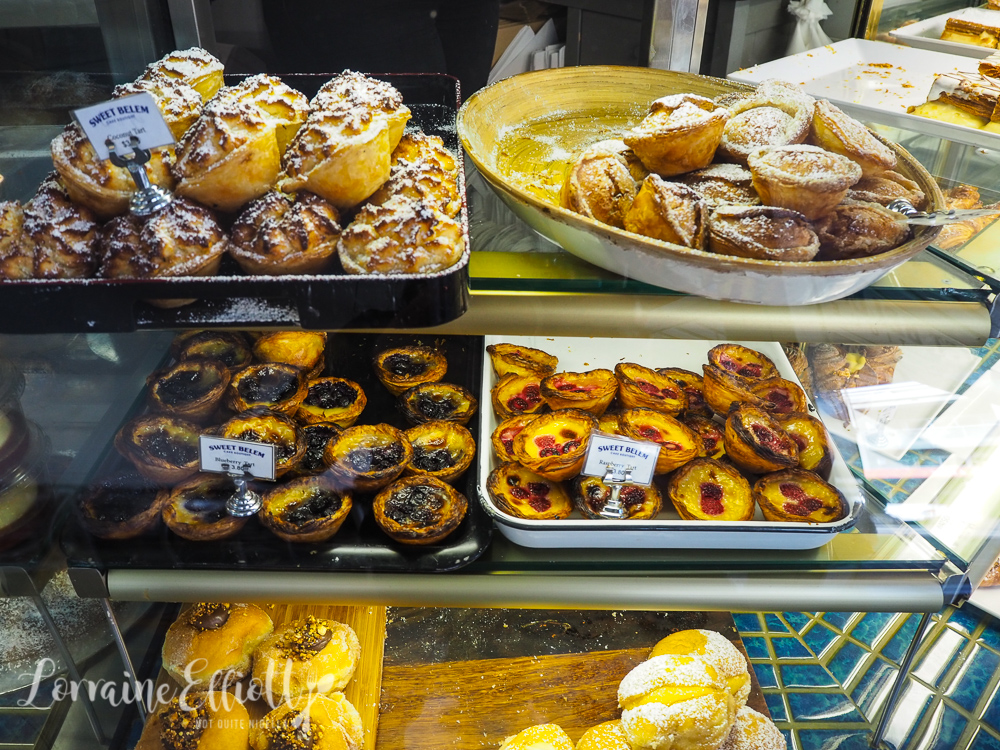 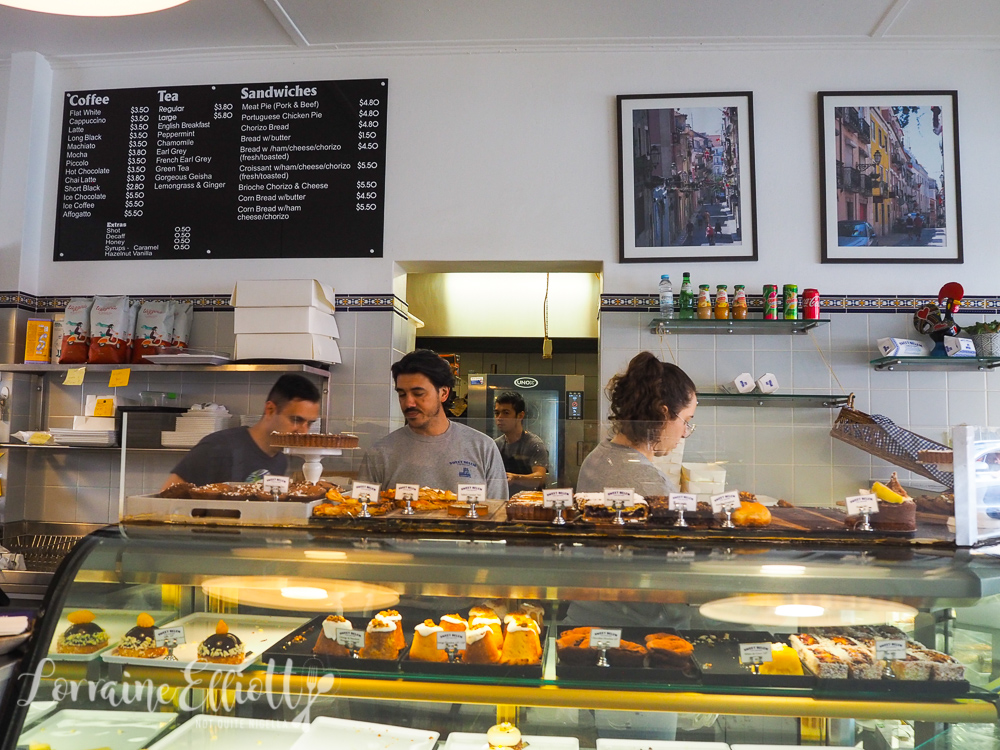 "The secret is the pastry," says José Silva, owner of Sweet Belem. For something relatively simple, perfect Portuguese tarts are in fact hard to achieve as they are very technical. They are a wonderful combination of crisp, thin pastry, rich but not cloying egg custard and a dusting of cinnamon on top.

How to make Portuguese tarts 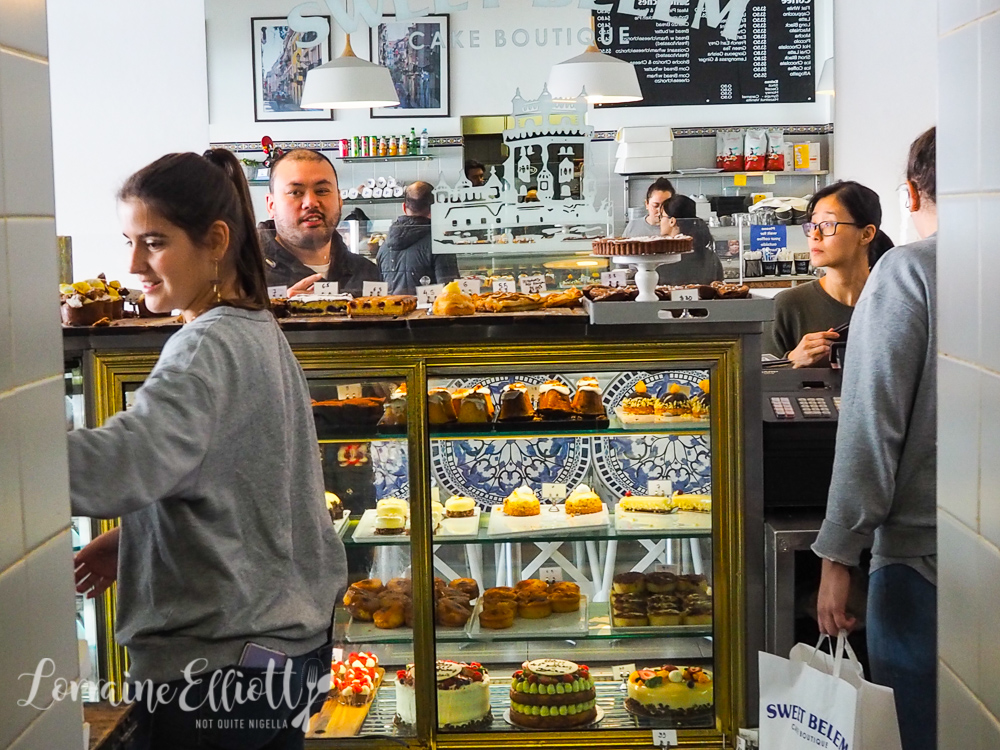 Sweet Belem started 17 years ago with a pastry chef called João De Almeida who became known for his exquisite and authentic pasteis de nata. Seven years ago chef José Silva (then the head chef at Guillaume at Bennelong) bought the business from him. José spent a couple of years making the tarts but enlisted Portuguese pastry chef João Cadete all the way from Portugal to take over as Sweet Belem's pastry chef. 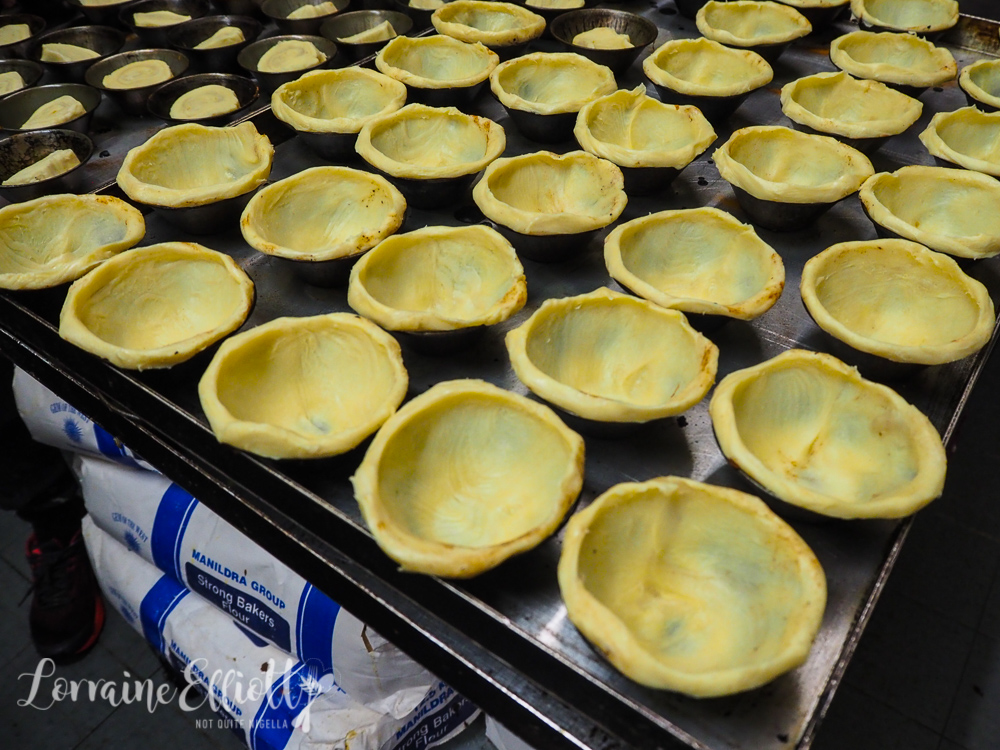 During COVID-19 Portuguese custard tarts were literally selling like hot cakes with the Sweet Belem store selling around 2,200 a day. In fact winter is the most popular time to buy these little treats and you can reserve these to avoid disappointment. Sweet Belem don't wholesale their tarts so you can only buy them here. 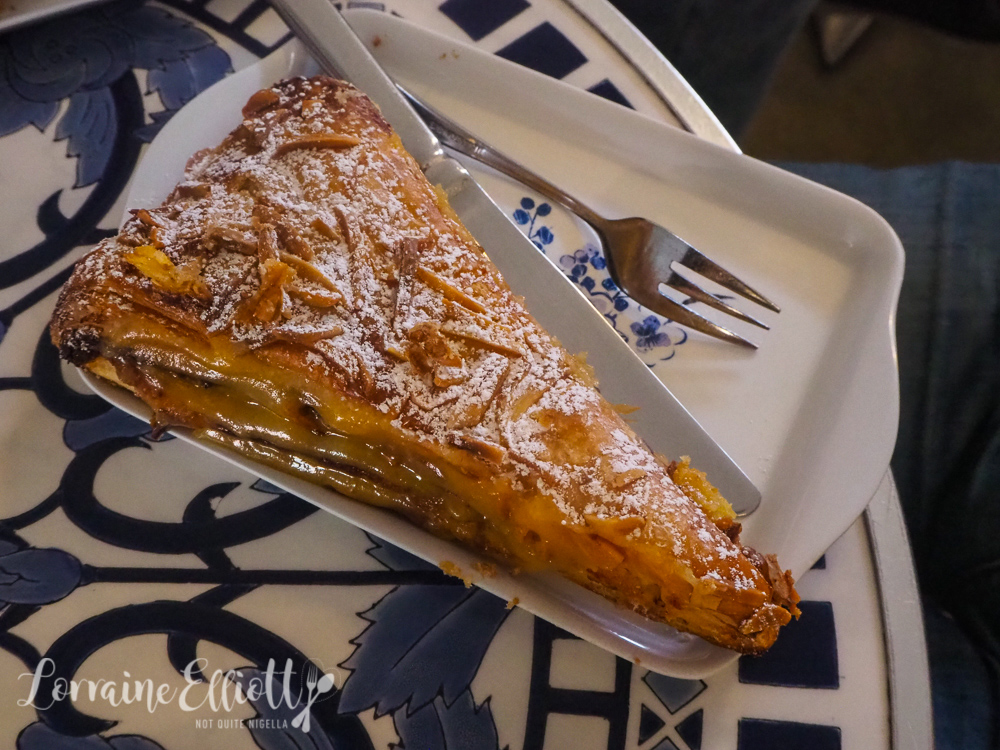 Today very little has changed of the original recipe. In the bakery José has added more choice with both traditional Portuguese selections and modern pastries. But if you have a hankering for Portuguese pastries like the Pastel de Nata, a Jesuita or bola de Berlim (Berliner donut) you can head here. 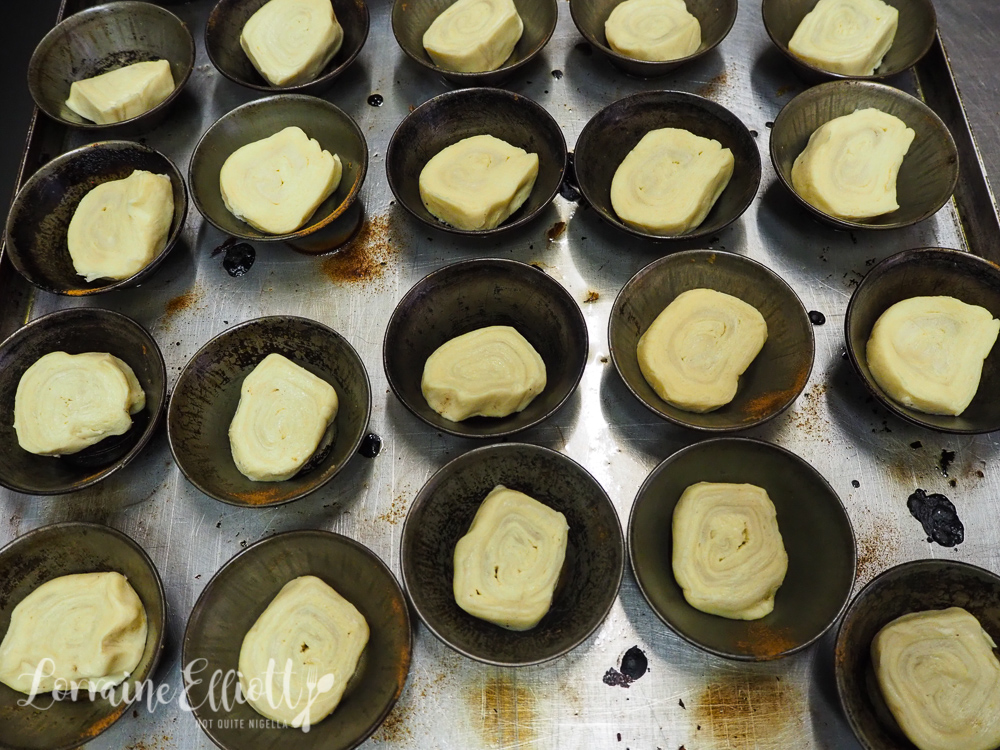 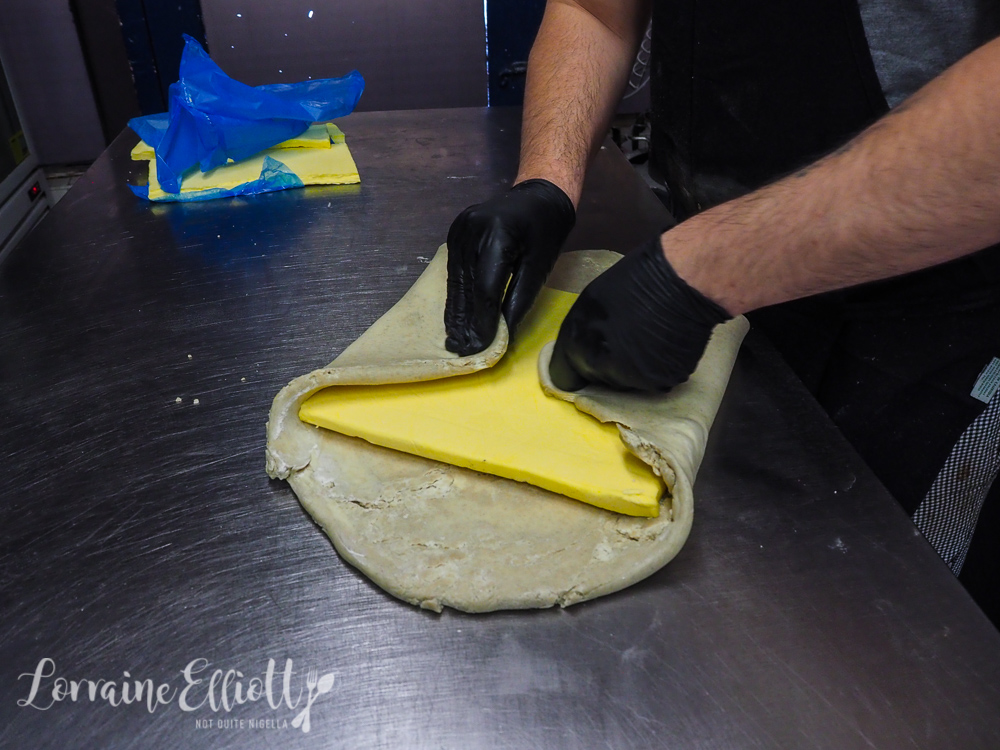 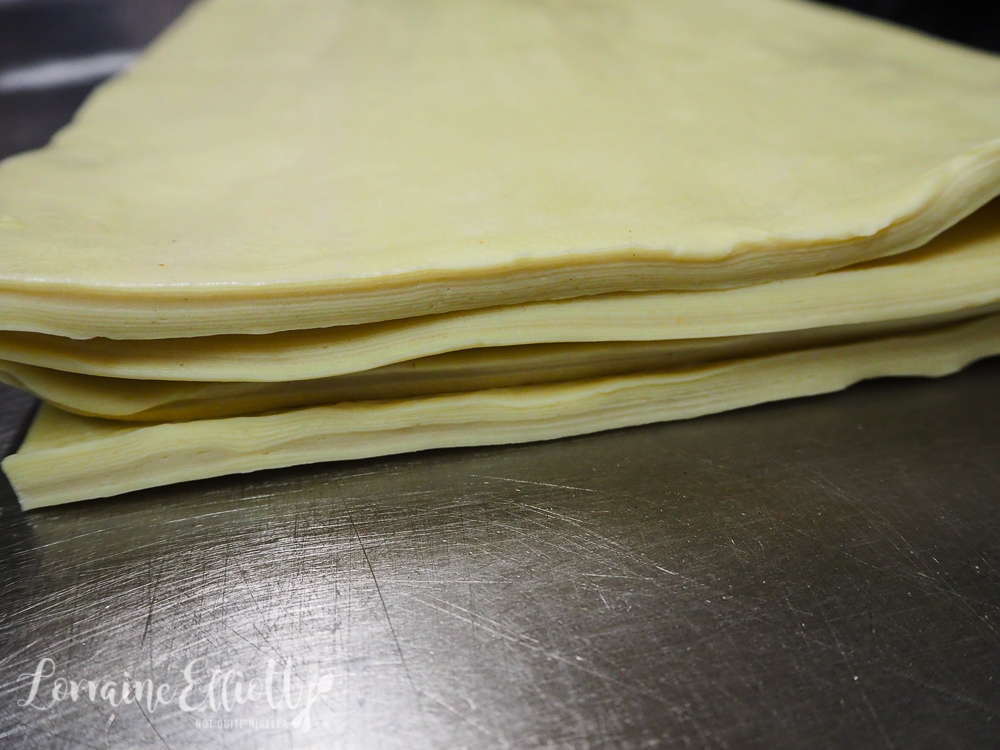 Sweet Belem use Manildra flour and Pepe Saya cultured butter in their pastry and omit the salt as this makes the dough more crisp. The dough needs to rest for a while at several stages making this a time consuming process that spans over several days. 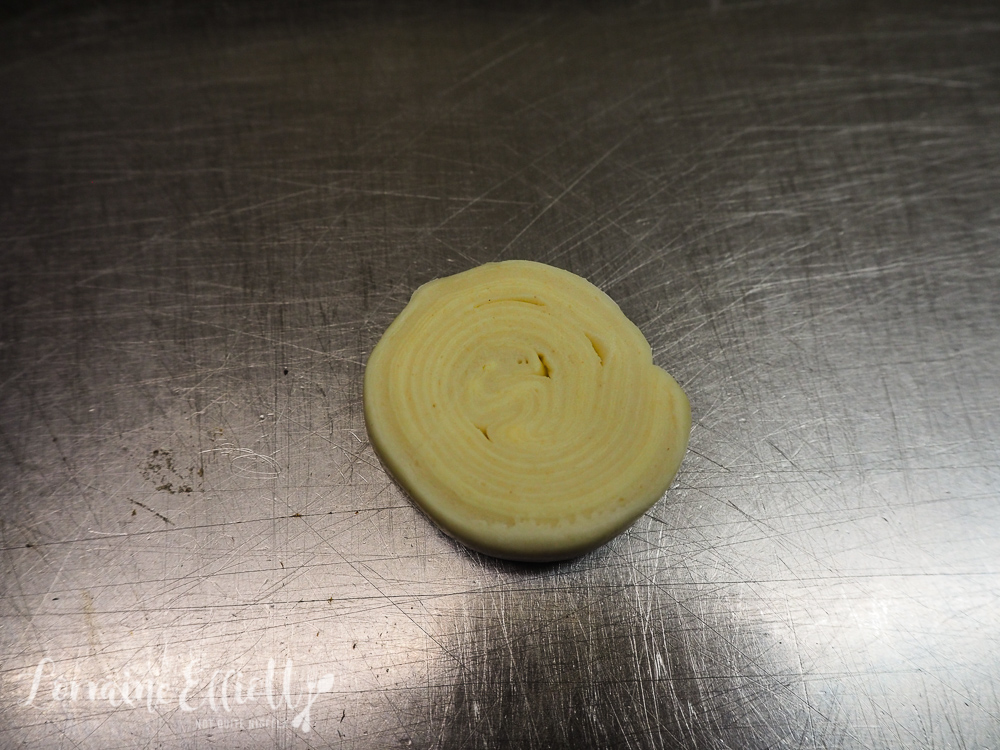 The layers of pastry for each tart

Their Pasteis de Nata are hand made at every step. I watch as João expertly presses down on the pastry to fill the metal tins. They key is to touch the pastry as little as possible to avoid the butter heating up. 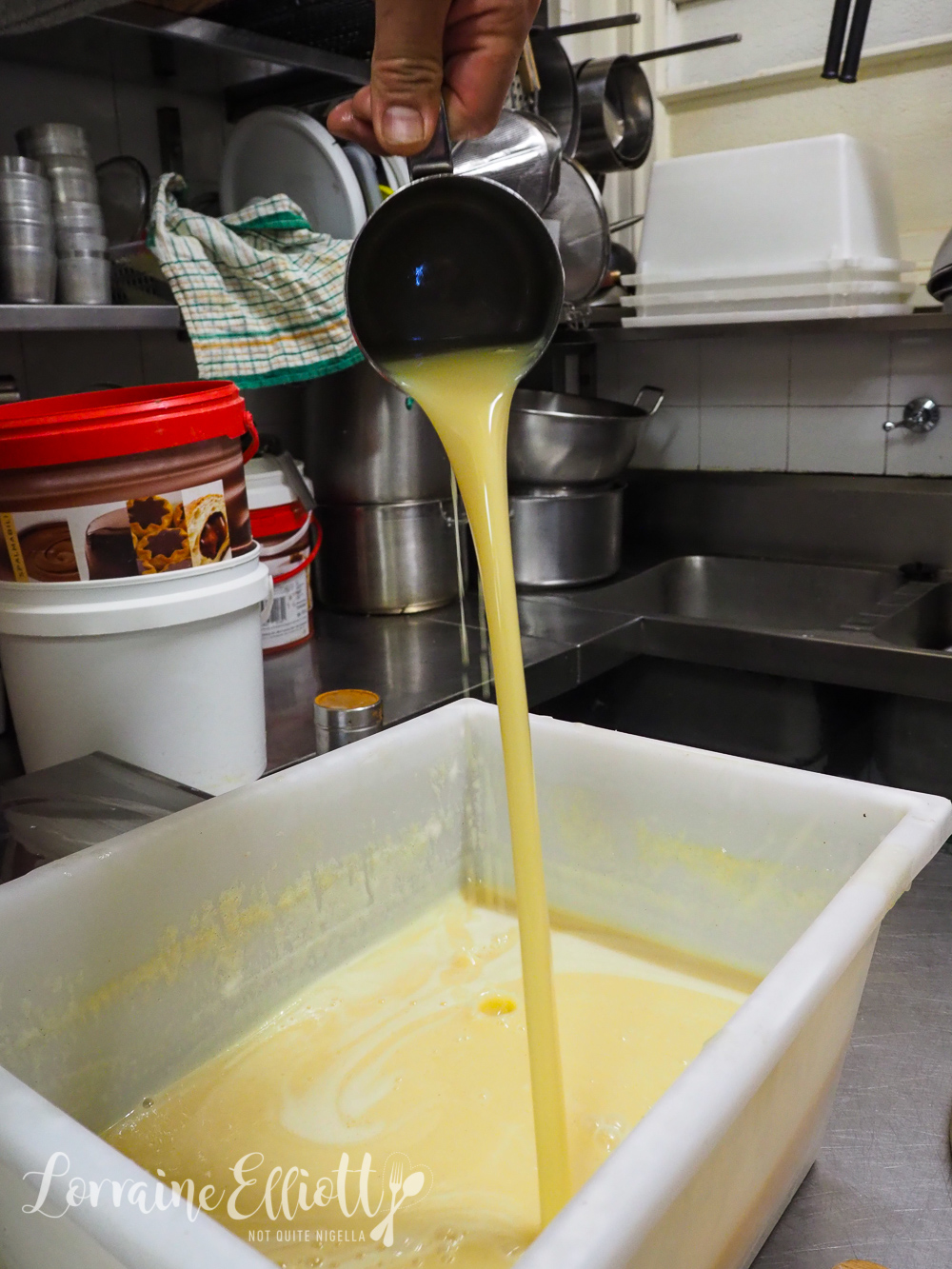 For the custard they use free range eggs because these produce a better quality of custard. The yolk's texture is thicker and the egg white is more viscous. They also make their own vanilla paste using Heilala vanilla beans. 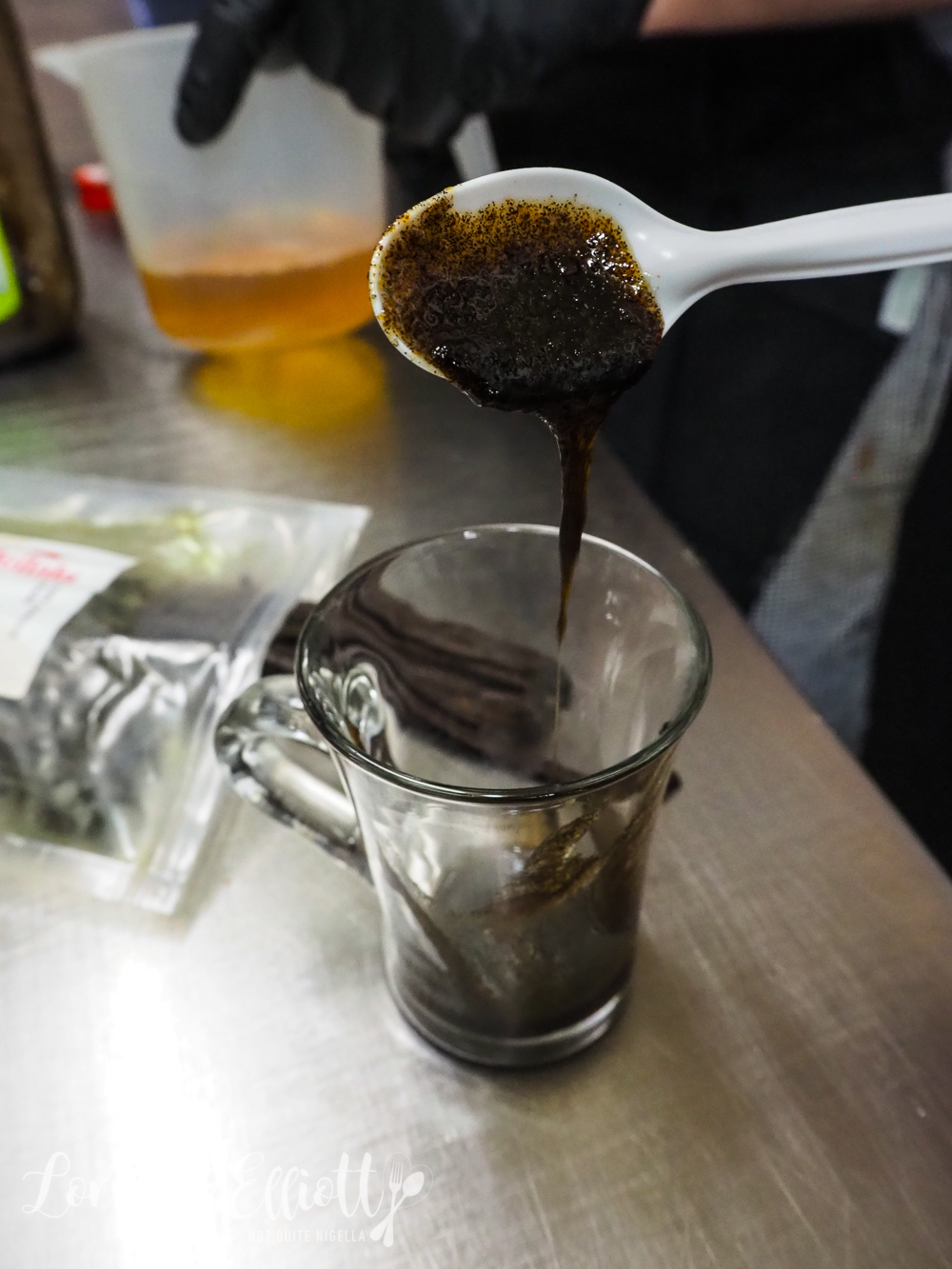 The custard itself is simple and made with sugar, milk, flour, vanilla, lemon zest and eggs. There is no cream used in their custard tarts and José believes that this makes them lighter in texture and easier to eat. "If I have one I’ll have 3," he says. There are some regional variations for custard tarts. In the north of Portugal they add cinnamon and lemon to the custard with no cinnamon on top. 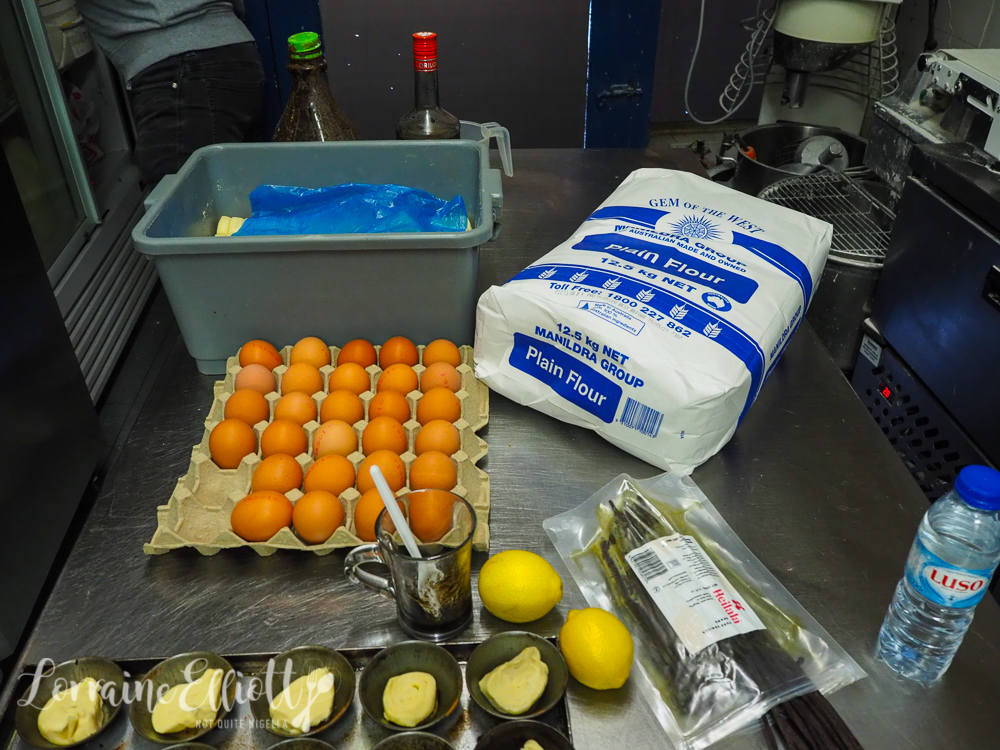 And if you've ever wondered about making these at home, rest assured that making them in a home oven is tricky. Both José and João have tried making them at home and they have not produced the same result. 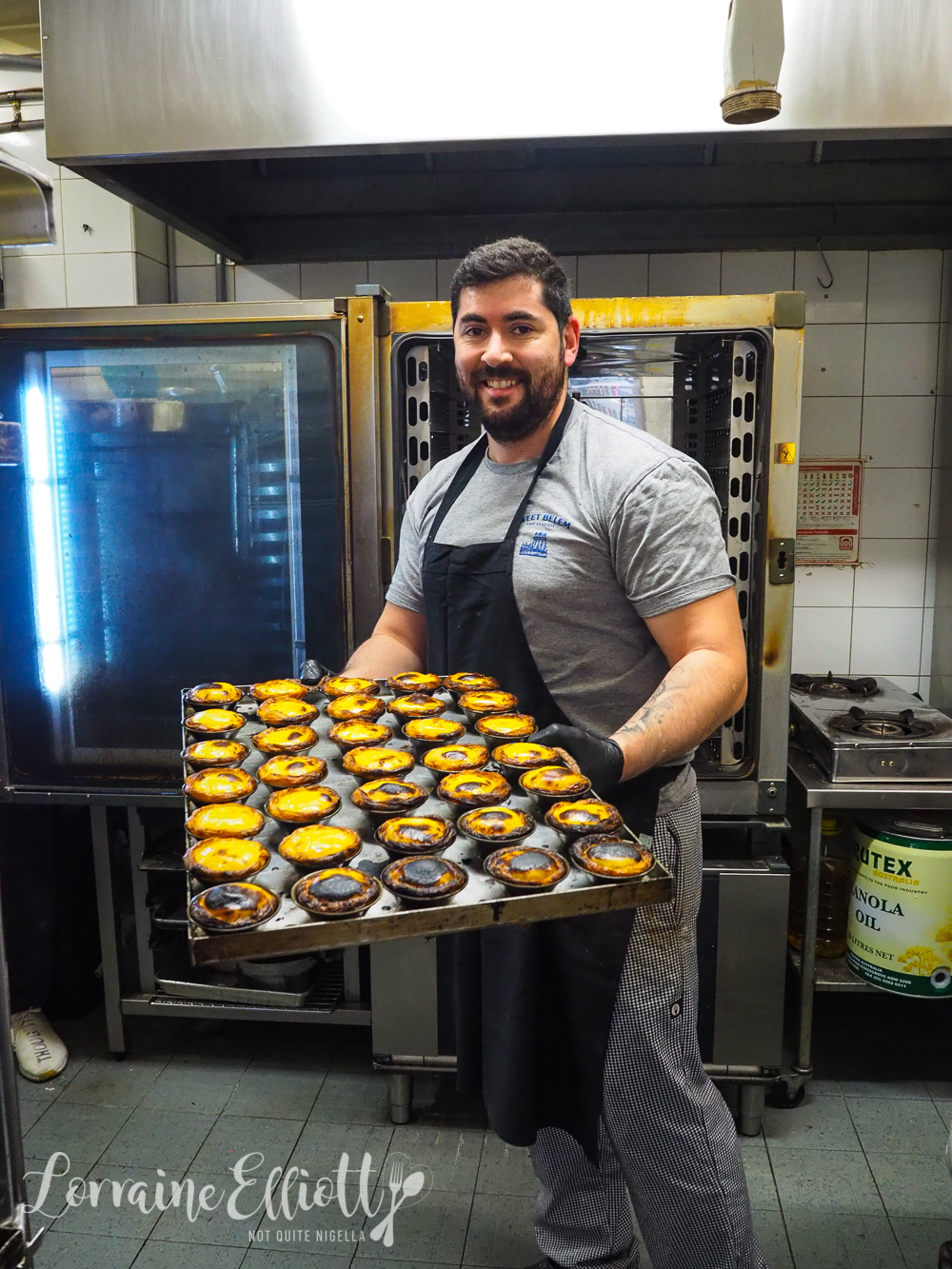 João taking out the hot tarts from the oven

To achieve the prized caramelisation you need to do several things. You first need to rest the custard in the pastry shells to form a skin (in the same way as you do a macaron). 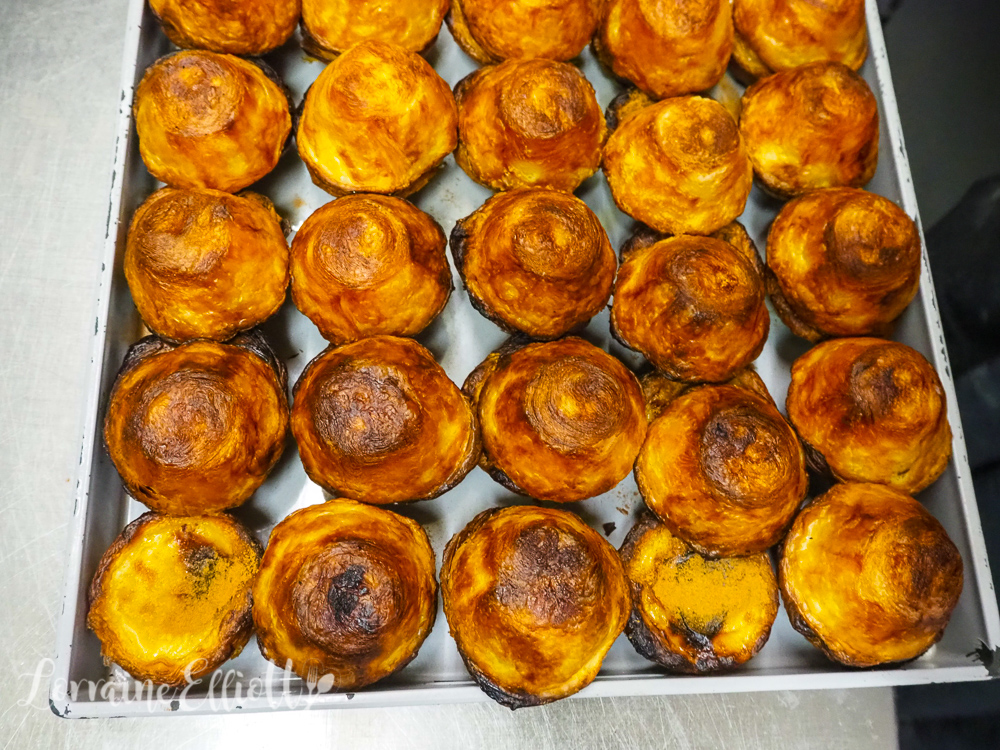 This skin puffs up and caramelises and if the top breaks, then steam is released preventing caramelisation from taking place. They also make sure that the custard is cold and not hot when it goes into the pastry shell too. 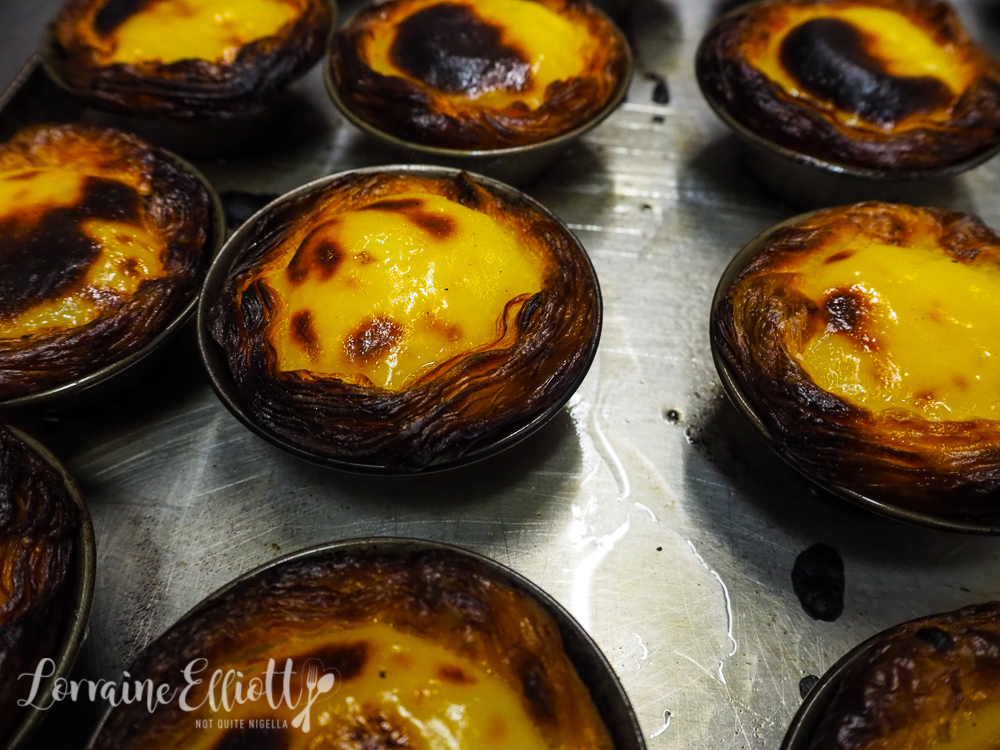 Once in the oven you need to decrease the amount of steam in the oven because that prevents the caramelisation from occurring. To do this they advise opening the oven vent to let the steam escape. If your oven doesn't have a vent, open the door a couple of times to let out the steam. Only bake one tray at a time to keep the oven temperature high and the air circulating. The tarts here are baked at 240C.

"When you’re on a diet in Portugal, they recommend a custard tart," says João quite seriously. He explains that each tart has around 10 grams of fat making it less calorific than other cakes. The perfect sweet snack!

So tell me Dear Reader, why do you think Portuguese tarts are so popular? How many can you eat in one go? Have you tried the ones at Sweet Belem?