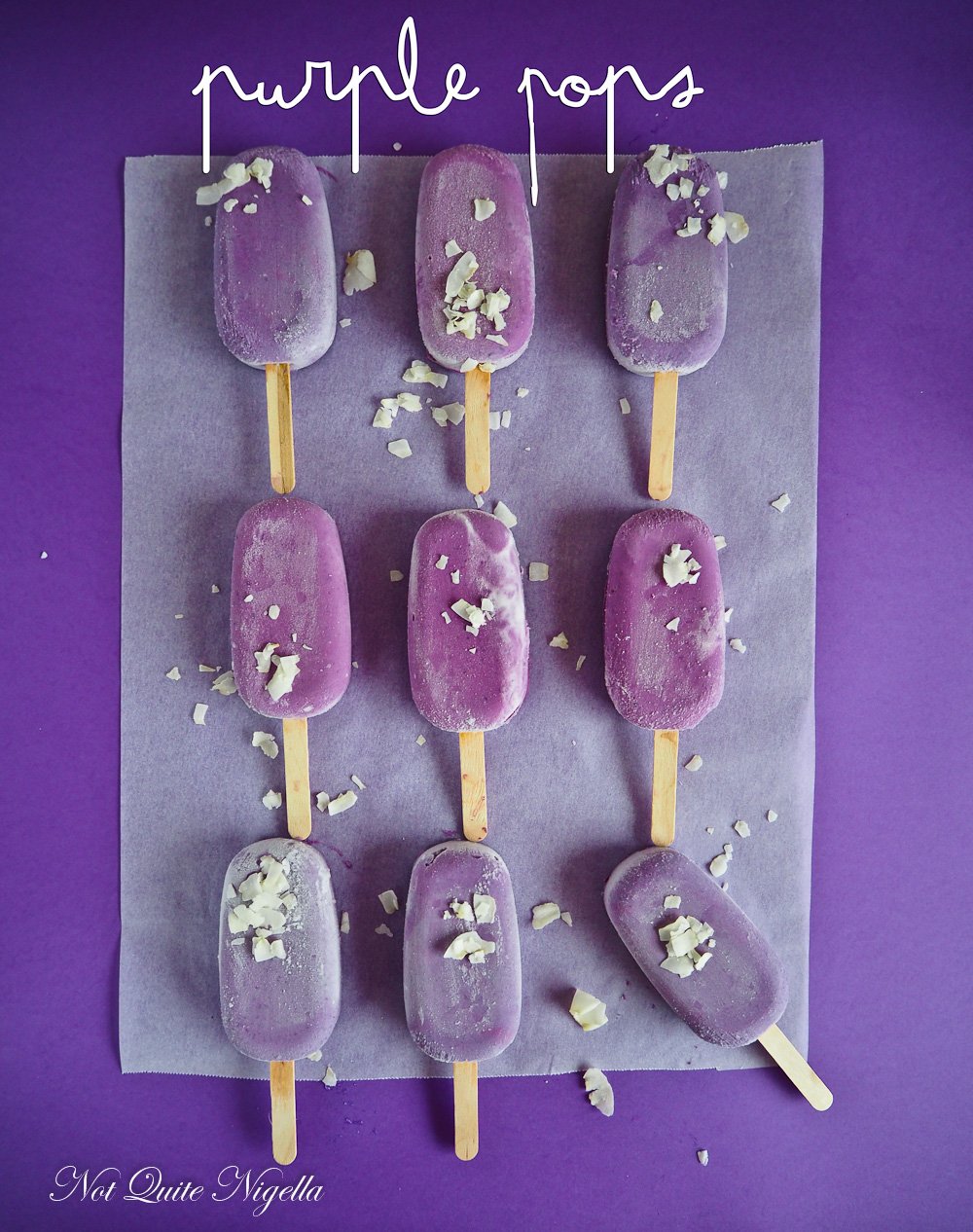 Ube or purple sweet potato is very popular in Filipino cooking. Usually it is used in cakes in the form of a powder but I recently came across some fresh ube. I loved that the purple colour once cooked was so vivid and it also tasted wonderful. The next week I bought more because I have become quite besotted with purple and purple foods lately. But when I asked around about recipes for cakes using fresh ube I was told that ube powder was used in cakes rather than actual ube.

But as I have a new popsicle mold I thought I'd try my hand at popsicles. I made a small batch (which accounts for the colour variation in these) and they were delicious. They reminded me of being on holidays in Asia where ice cream flavours run the gamut of red bean, matcha, sweetcorn and taro. 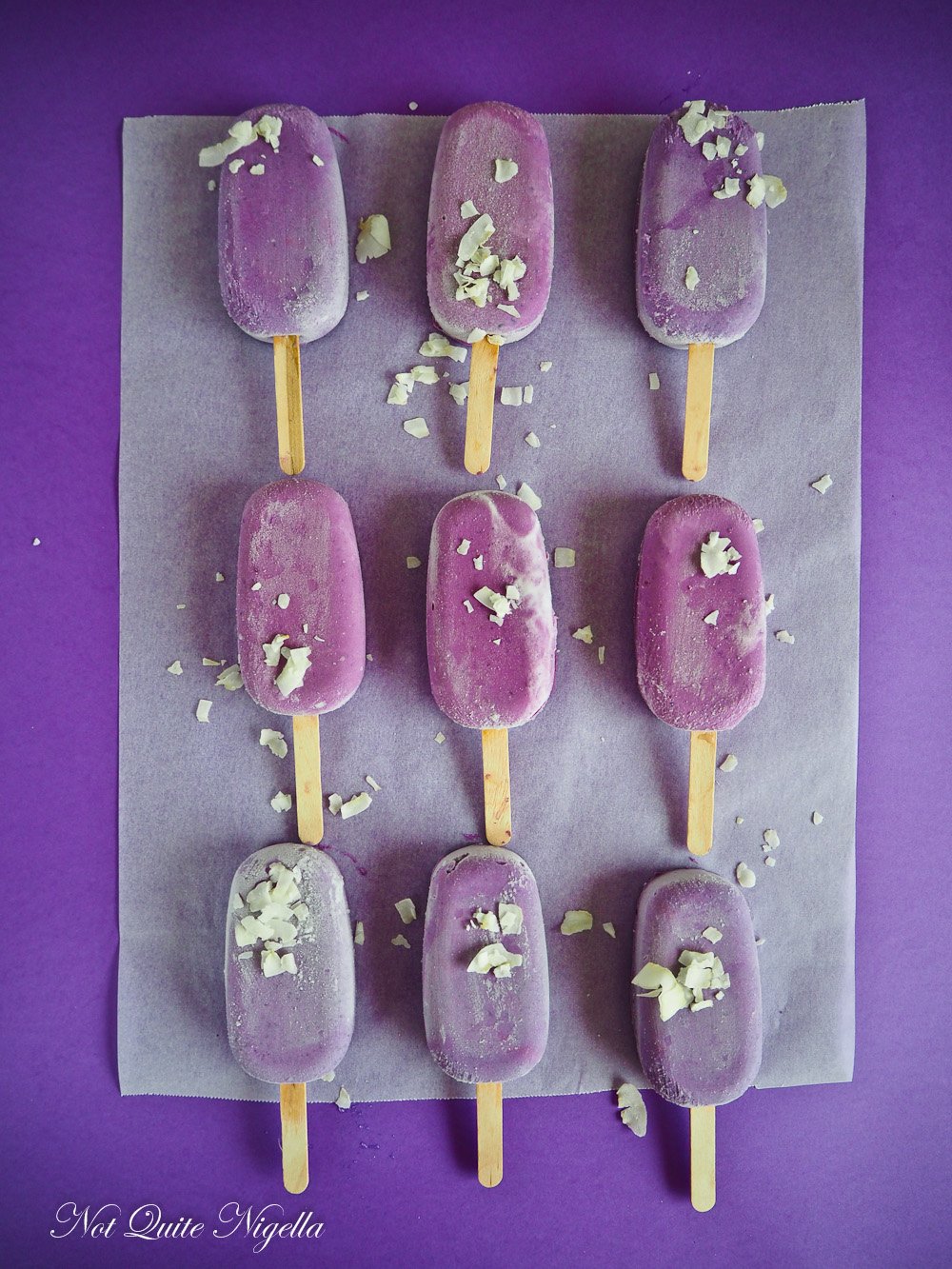 What was even better was that they were easy with only four ingredients and that they were dairy free too. They have a coconutty tropical flavour and the ube imparts a slight graininess to the texture that isn't bad at all, and really shows that a lot of the actual ube and its goodness rather than flavouring. I gave some to Nina warning her that they were healthy sweet potato popsicles and she really like them saying that she couldn't even taste the sweet potato and, "At first it was a bit strange but then it just got really tasty."

The last time I had ice cream was less successful than this. I recently came back from New Caledonia with a group of really lovely writers. One writer Sofia and I became fast friends as she and I had a lot in common including an obsession with food and she and I decided that we had to try everything that we could including a local gelateria.

We had our dream instagram photo in our heads - one of those flower gelatos with a macaron on top from the display photo but ours would be set against the blue waters of the Pacific Ocean in the background. The young guy behind the counter gave us lots of tastes and we chose our flavours and he crafted our flowers. We took our very expensive ice cream across the road. As soon as we stepped outside of the shop however, it melted. It was as if we stepped into an oven. 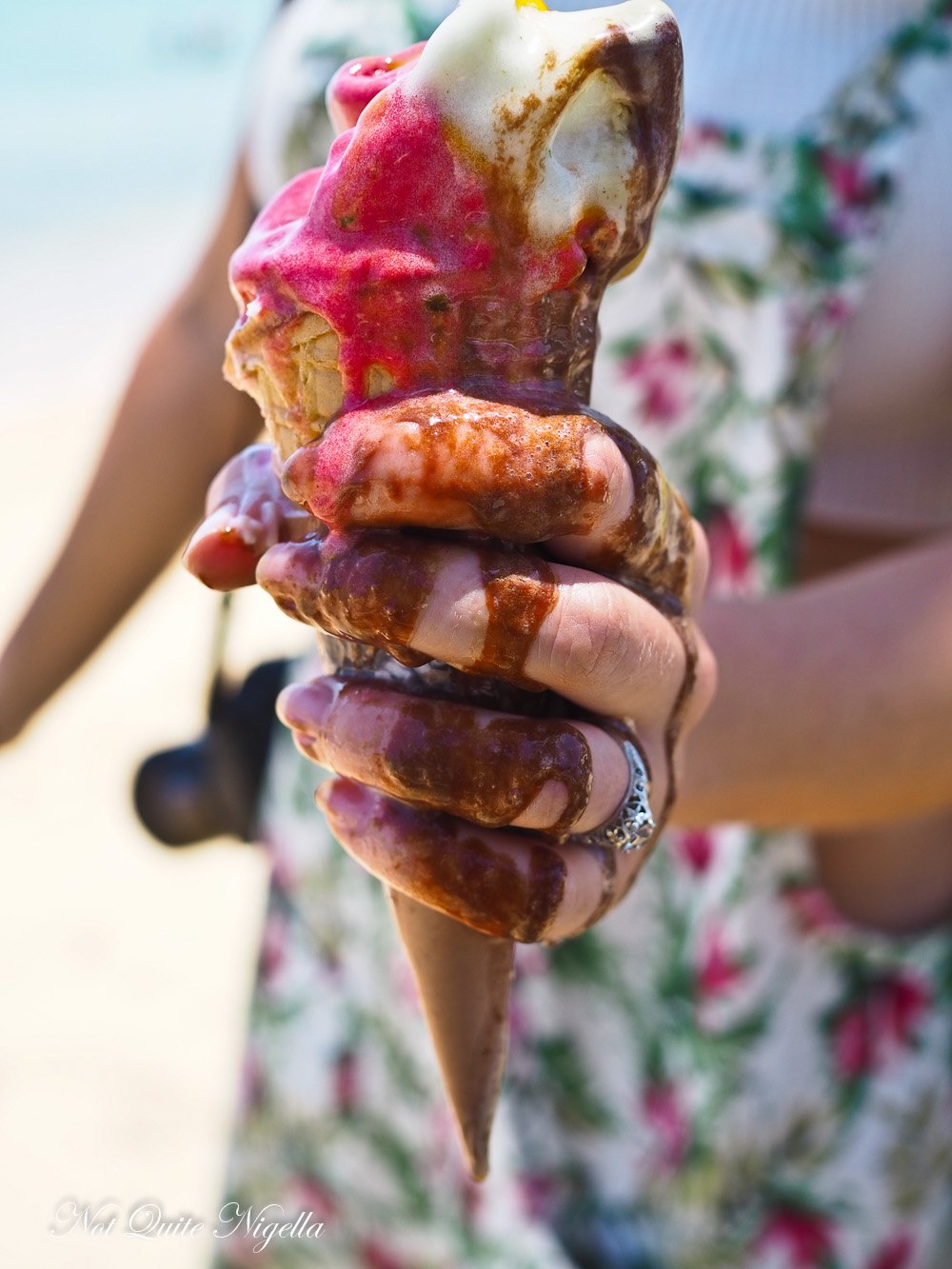 We snapped two pictures before the whole thing collapsed into itself. This is what we ended up with-as they say that sometimes fantasy meets reality!

So tell me Dear Reader, do you think you would like these ube pops? Do you like Asian ice cream flavours like red bean and taro? And do you ever try to set up dreaam Instagram photos?

Preparation time: 10 minutes (if your ube is already steamed, otherwise 30 minutes to steam it)

Makes 6-7 pops depending on size of mold

Buyer's tip: ube is commonly found in Filipino markets (sometimes in the freezer section). I bought mine at Paddy's Markets. 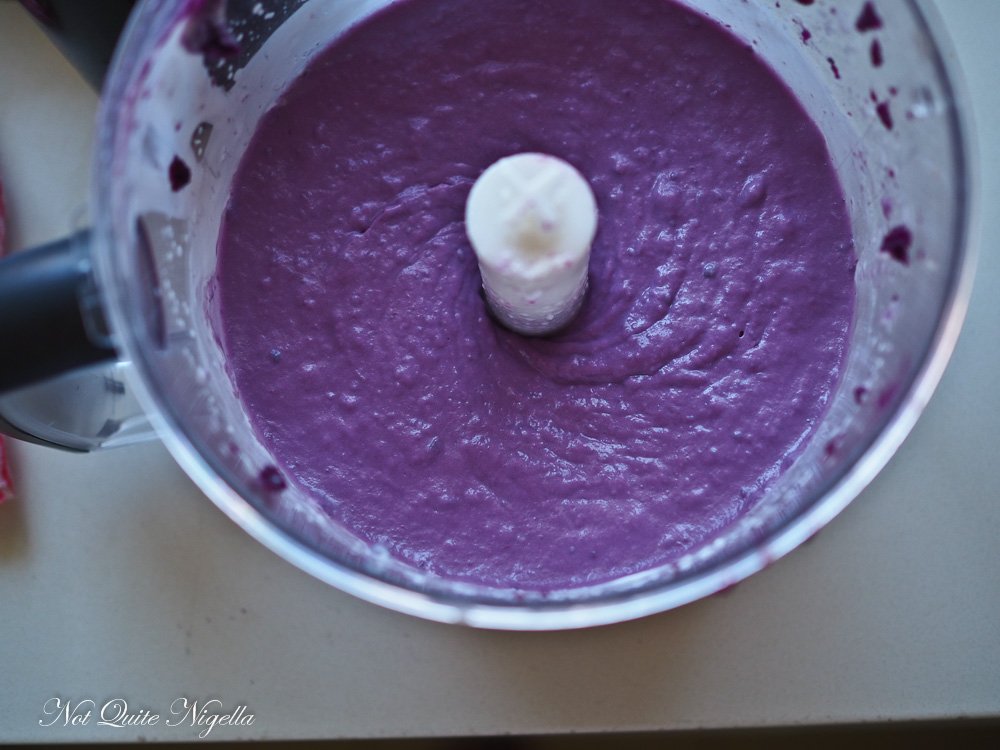 Step 1 - Place the ube, coconut cream, sugar and vanilla in a food processor and process until smooth. Spoon into the mold and slide in popsicle sticks. Freeze until set. 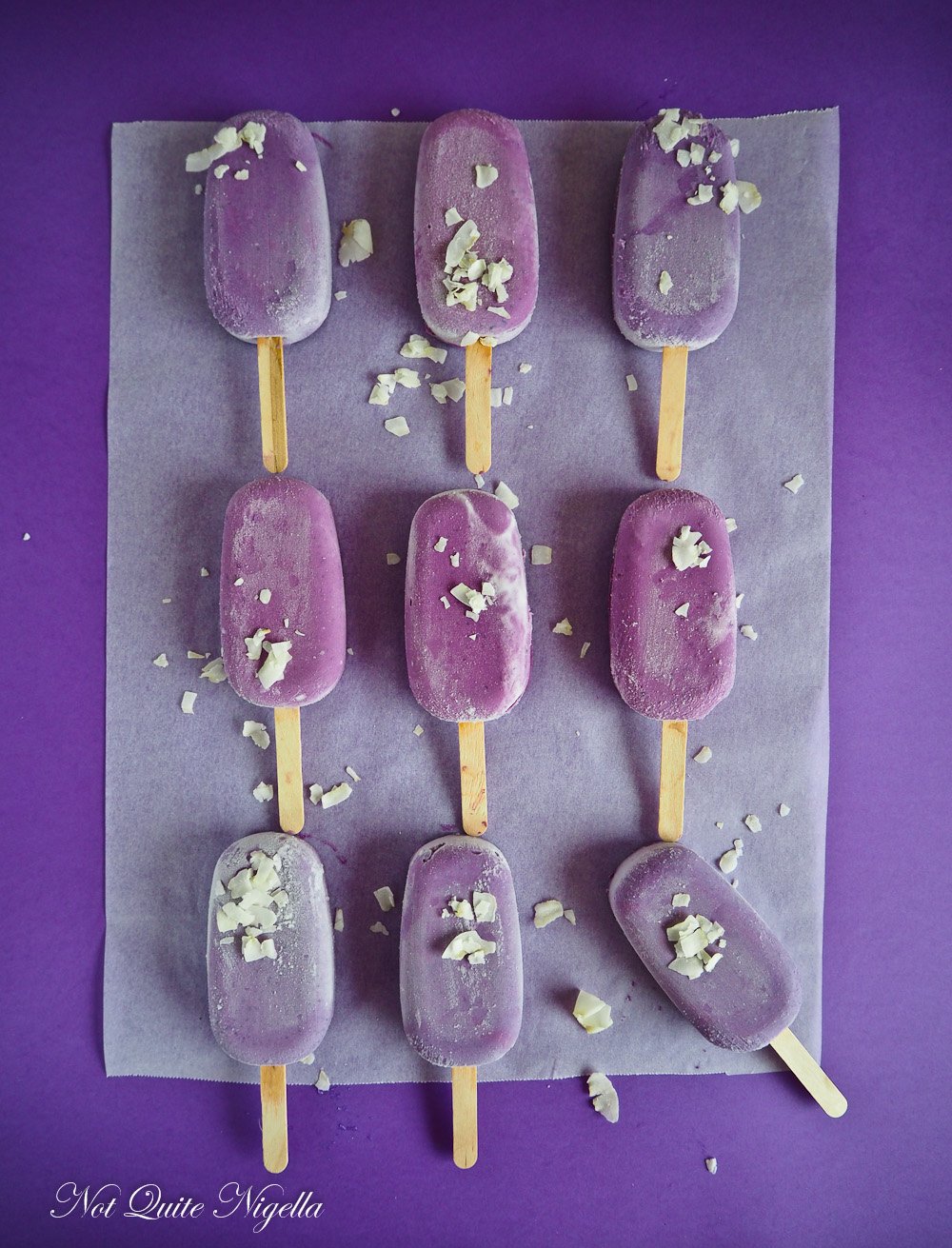