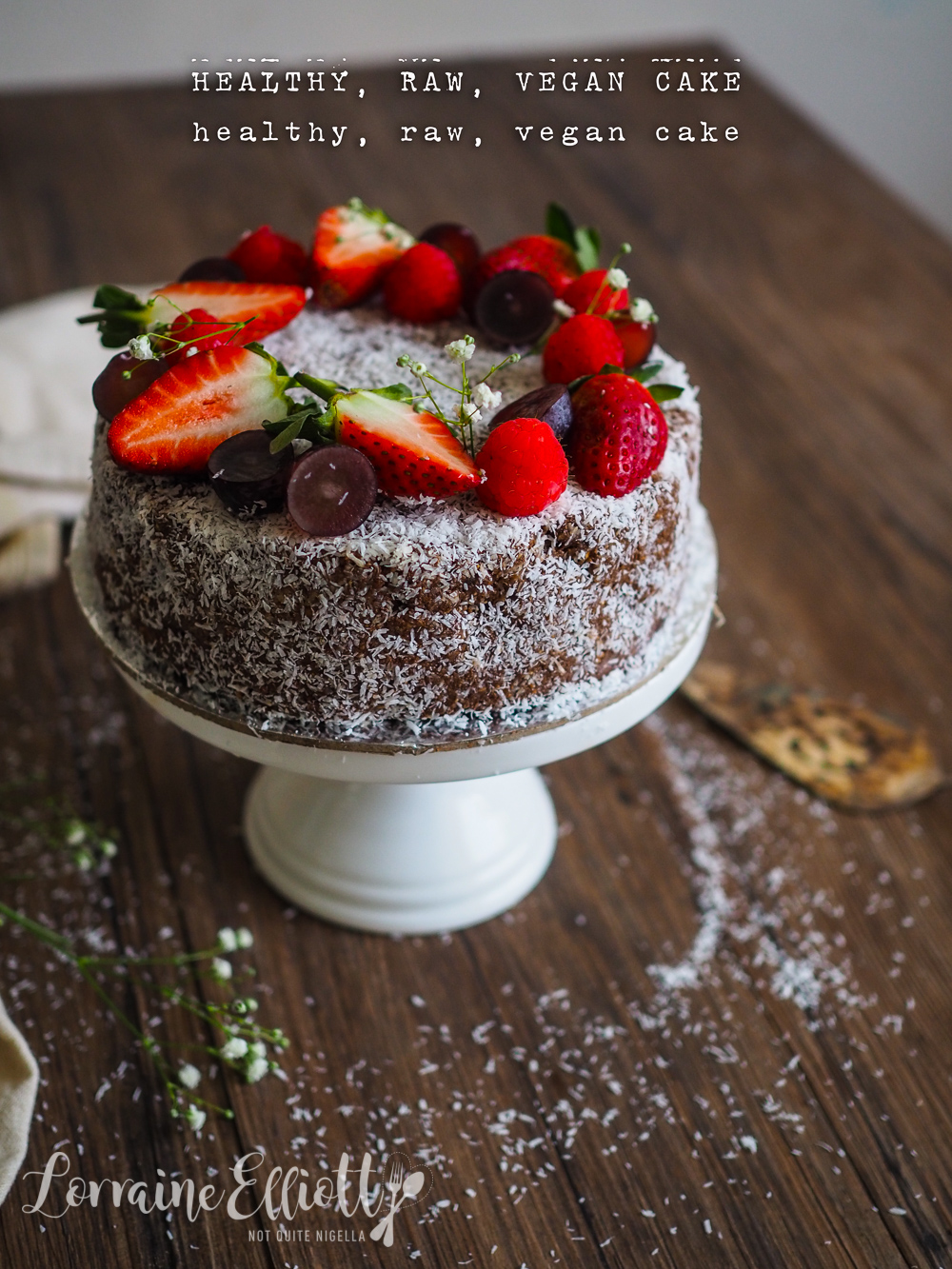 This raw, healthy vegan birthday cake is so simple and delicious! This recipe comes from my in laws. It's the birthday cake that is always served at Elliott birthday parties. It comes together in 5 minutes and is low in added sugar, high in vitamins and goodness and is also raw and vegan!

The base of this healthy vegan cake is: Bananas and medjool dates for texture and sweetness, coconut and rolled oats to bind and a bit of honey for sweetness. To this base you just add some cacao powder, vanilla and cinnamon for flavour but that's it! It's RIDICULOUSLY EASY. 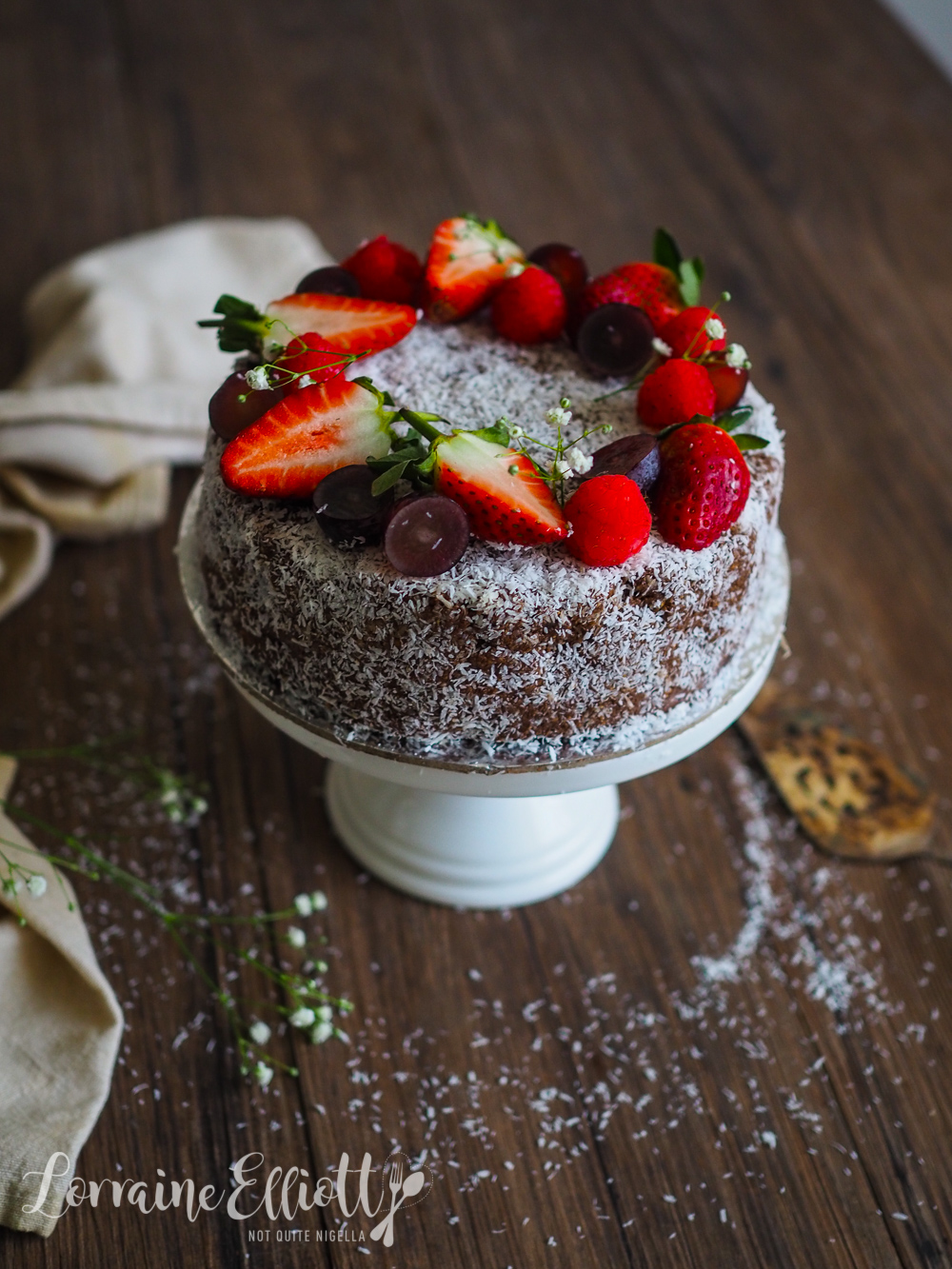 This healthy vegan cake has minimal prep time: you basically put everything in a food processor or Thermomix and blend. I put it in a 15cm/6inch springform tin and covered it with coconut and fruit to make it more birthday cake-like. 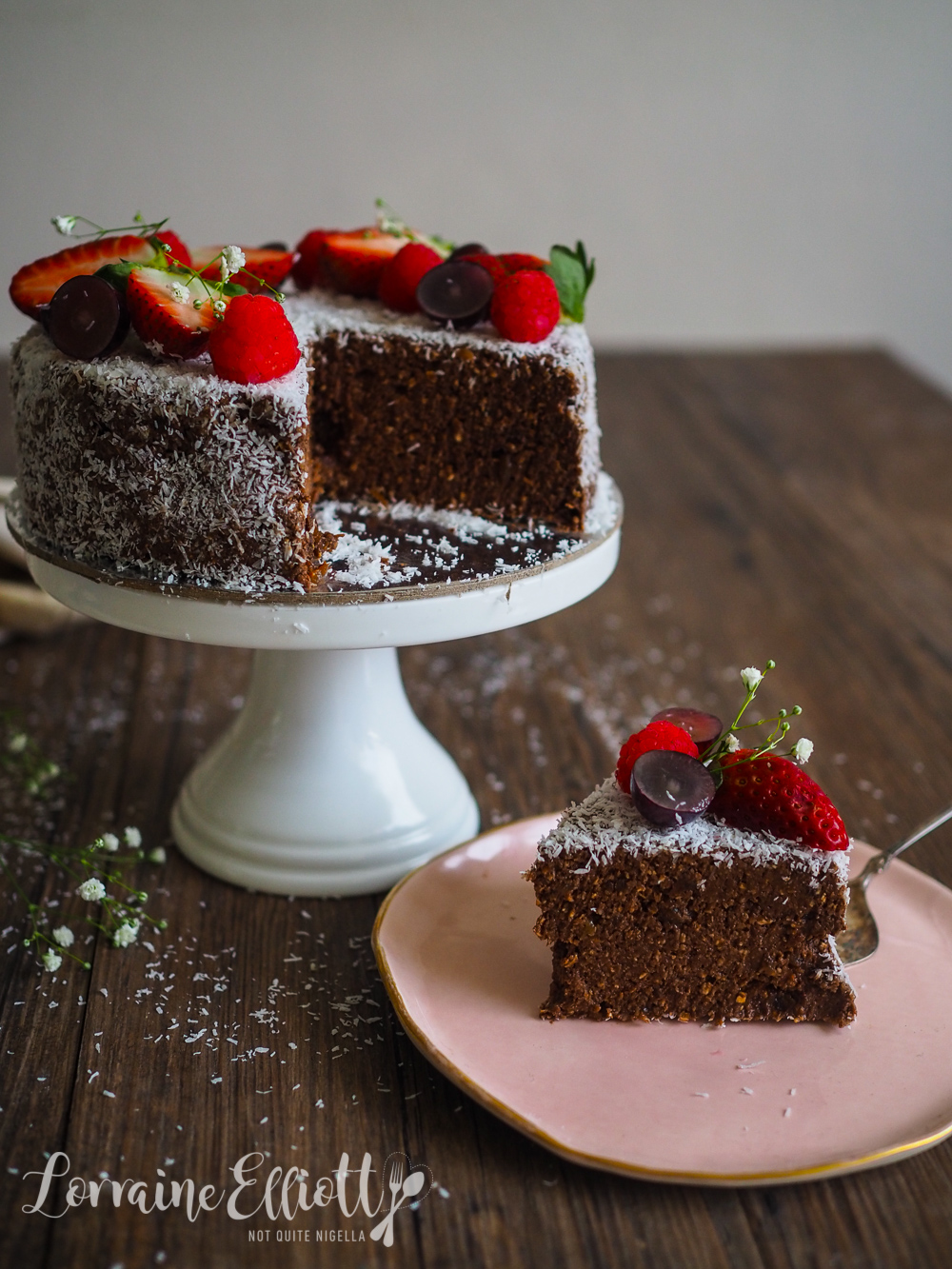 No cake tin? No problems! My mother in law Tuulikki just shapes this into a round shape on a plate.

How To Make This Gluten Free: Rolled oats aren't gluten free but if you want it to be gluten free, just replace it with some almond meal. Tuulikki also sometimes adds maca powder, flaxseed meal and hemp protein.

Easy Substitutions: If you don't like sultanas or raisins use dried apricots, cranberries, figs or your favourite dried fruit.

I made this raw, vegan birthday cake for an Elliott birthday. As lifelong hippies, the Elliotts have been eating raw food, tofu, tempeh and making bliss balls for decades and this cake is the one that they make for everyone's birthday as it is easy, vegan and delicious.

Mr NQN's mother Tuulikki hates cooking and the less time spent in the kitchen the better as far as she is concerned. She's also the woman that taught me the genius way to deal with a whole pumpkin-stab it with a knife to make a couple of holes and then roast the whole thing in the oven. 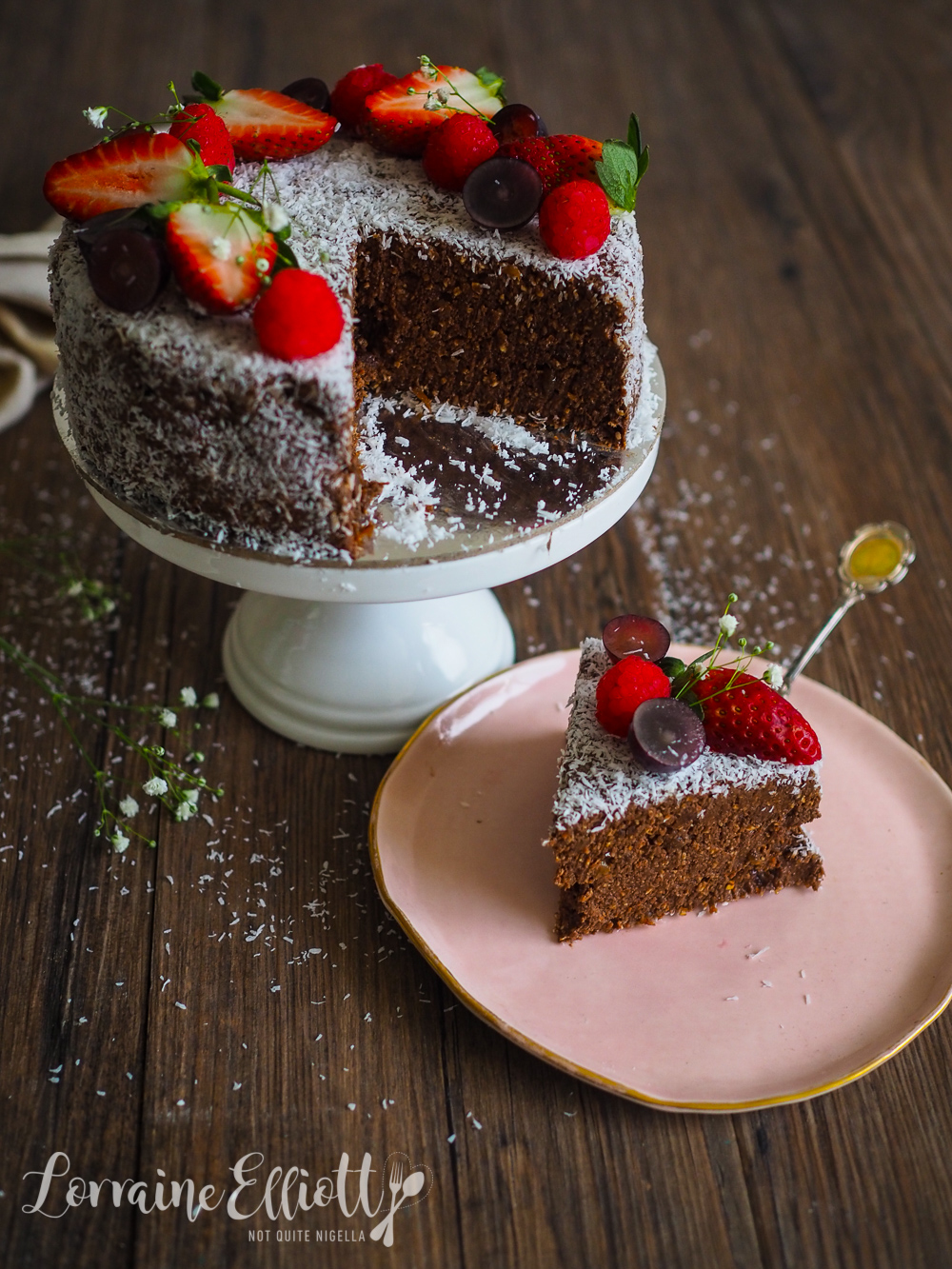 But back to this Elliott birthday cake. It's basically a giant bliss ball in cake form and it's sweet but not overly so and I have to say that I always enjoy it. Sometimes when my in laws make traditional cakes, they'll do alarming things like take out the butter, oil or sugar just because they want it to be healthier so that you end up with something quite heavy and dry and more often than not a weapon, but this Elliott birthday cake is always consistently delicious.

Recently we were celebrating three birthdays: Mr NQN's sister Araluen, his brother in law Laporello and mine because it was in May and during isolation. This three way birthday was at a restaurant in Manly. There are several hallmarks to an Elliott event: people will arrive late, sometimes very late and there will be a kerfuffle over the menu because of the various dietaries. But also everyone is lovely and they're family so you just roll with it and enjoy the quirky AF company.

We learned that Mr NQN's sister Amaya and her husband Laporello and their two kids Jett and Finn have now bought some land on an Eco Village on the Central Coast. They call it the "commune" and they are planning on building a three bedroom house there on the land. There are shared resources and the kids will have more space there. It actually looks quite nice there.

They're building an earth covered house. "We've found a builder who can do the whole thing for $200,000!" said Amaya excitedly. I don't know much about building houses but $200,000 seems quite cheap, perhaps too cheap. I told her, "I'm happy for you but I'm also scared for you about that price!". The Elliotts usually opt for non traditional homes like yurts or old school buses so I guess we'll just have to see what they come up with!

So tell me Dear Reader, have you ever lived in a non traditional home? Have you had an ISO birthday and if so, how did you celebrate? 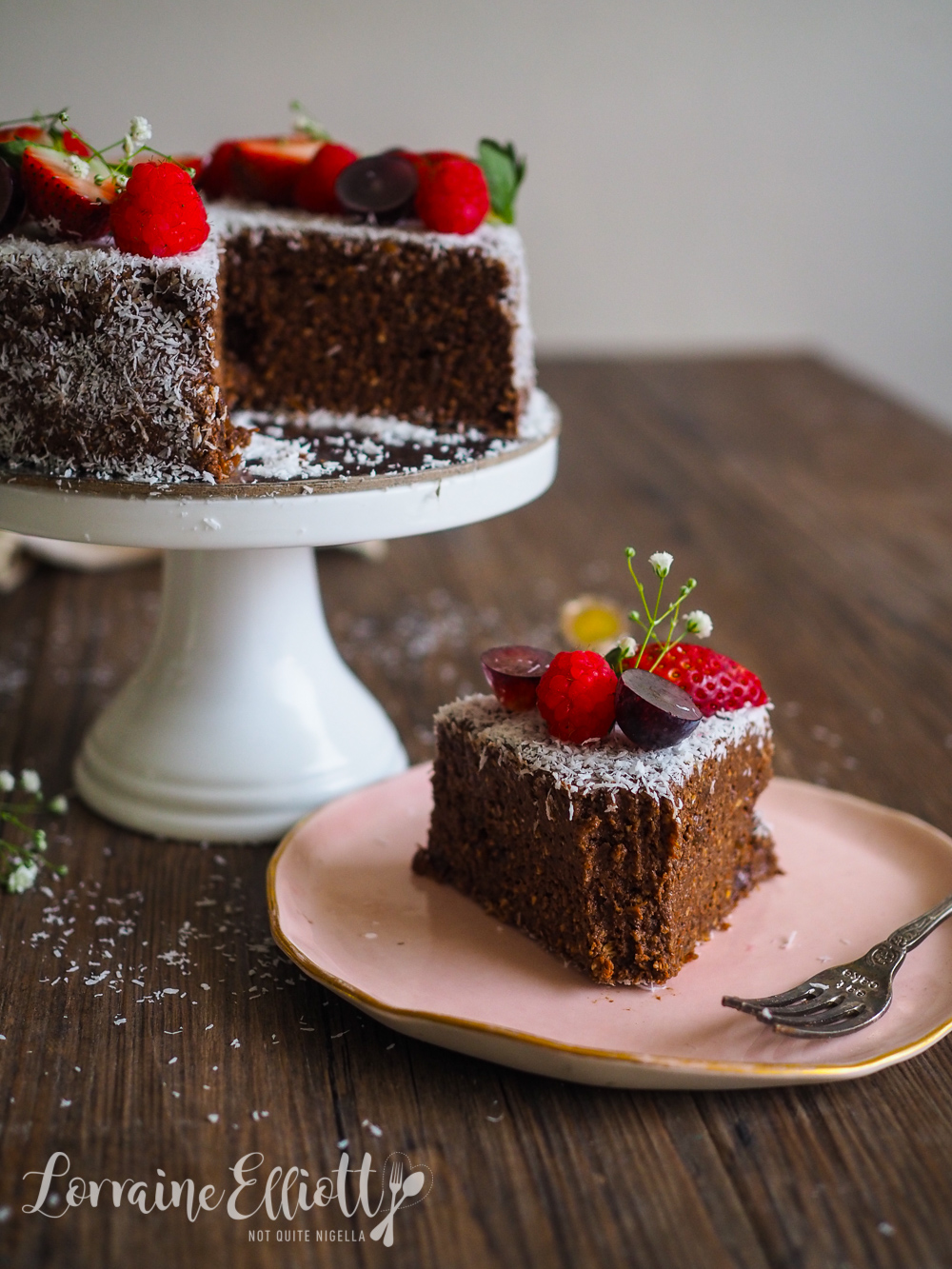 Note: I put the cake in the fridge overnight to firm up. 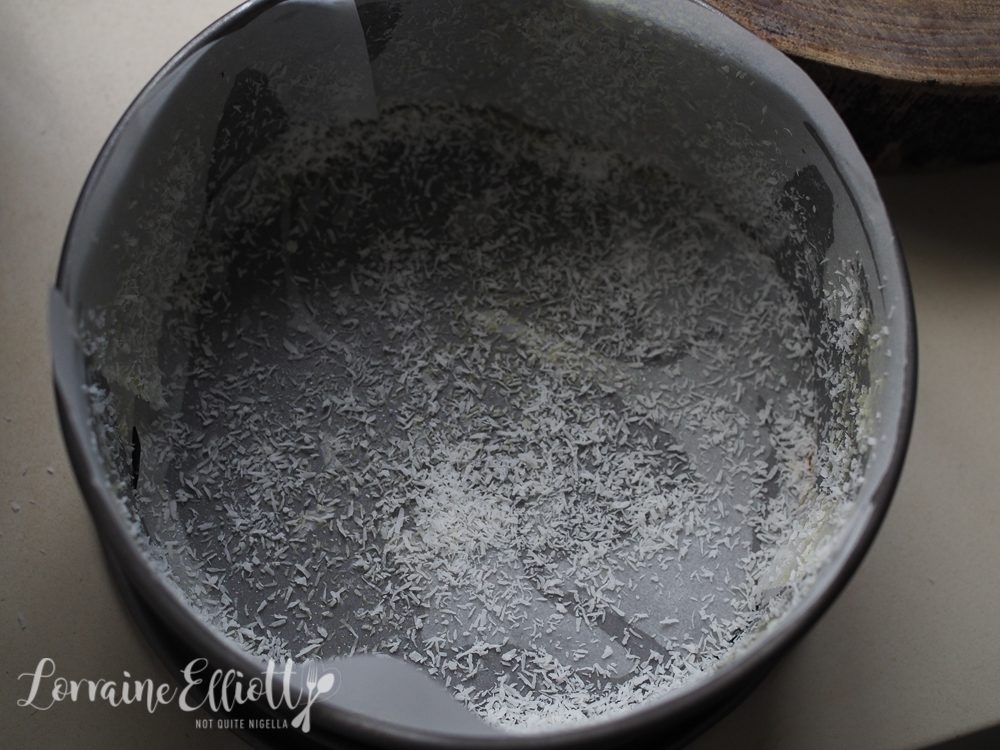 Step 1 - Soak the sultanas in hot water for 5 minutes and then drain them well. Meanwhile line a 15cm/6inch round springform tin with parchment on the base and sides. Spray it with oil and dust with desiccated coconut. 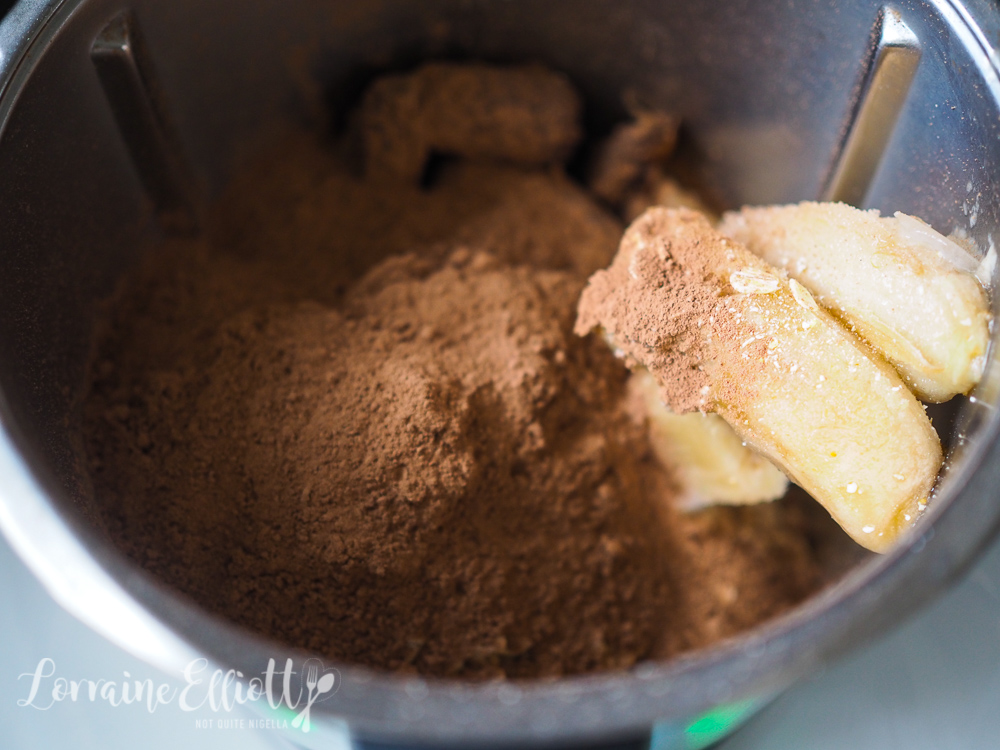 Step 2 - Add the bananas, dates, soaked but well drained sultanas, coconut, cacao powder, rolled oats, agave syrup, chia seeds, vanilla and cinnamon in a food processor and blitz until blended but firm. It shouldn't be sloppy or wet but the chia seeds will absorb some of the wetness over time.

Thermomix instructions: place an ingredients in the bowl and process at speed 5 for 20 seconds scraping down the sides if necessary. 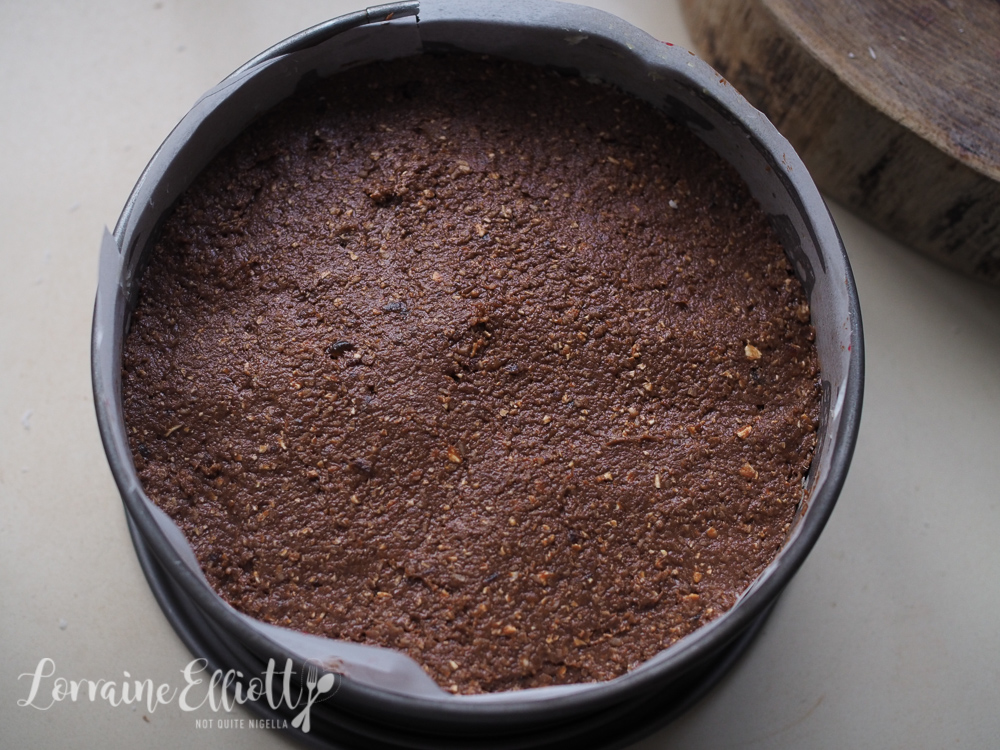 Step 3 - Press into the prepared tin making sure to press down firmly so that there are no gaps or air holes. I put this in the fridge overnight but you can serve this straight away too. Decorate with more coconut and fresh berries. 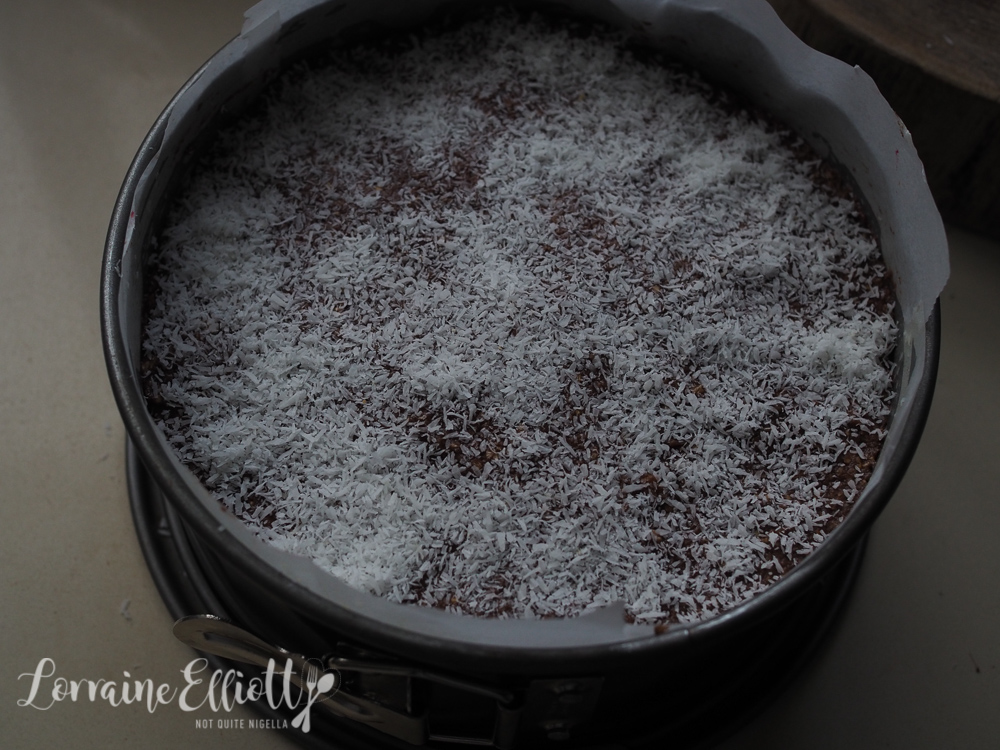