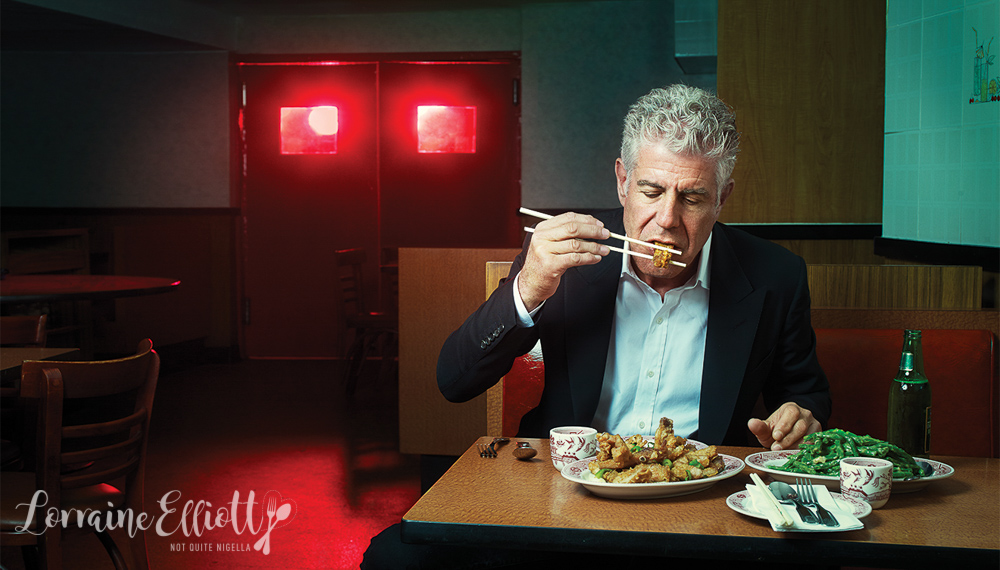 Most of you have by now heard of Anthony Bourdain's recent passing. I heard of it when I touched down at Sydney Airport early on Saturday morning and my Instagram feed was filled with pictures of him. For the last few years, that is how I hear of someone passing as people spread their condolences through tributes on social media. As I scrolled down my blood chilled and then I saw that it was suicide and I was even more stunned. No, no, no...I whispered.

It wasn't just the food world that was shocked. Tributes poured out from all quarters. Band Queens of the Stone Age dedicated "Long Slow Goodbye" to him at Denmark’s Northside Festival. Fans left flowers outside Les Halles in New York. Nobody could quite believe he was gone-it was a whole day before I could. 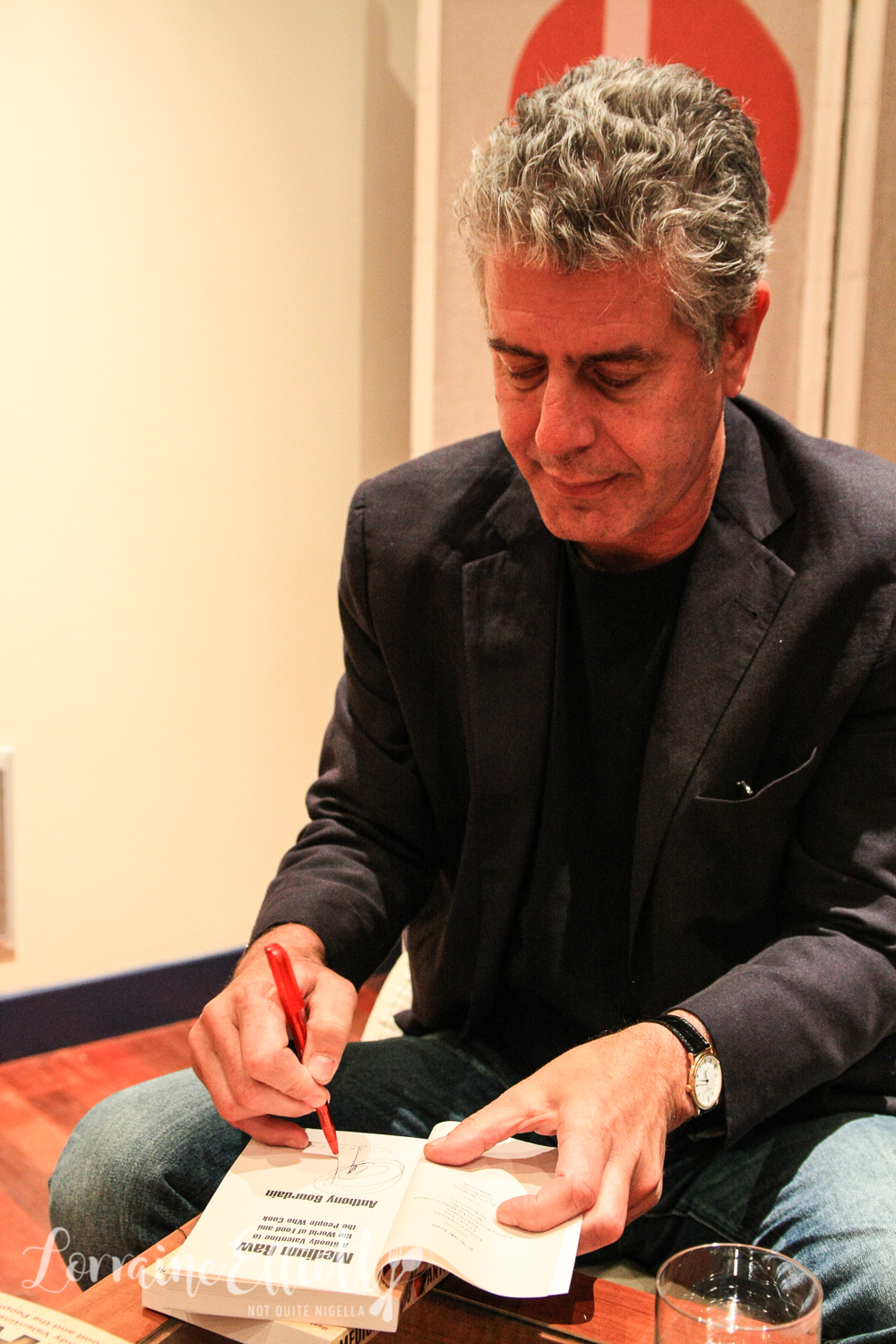 I had two interactions with Anthony over the course of the years. One was a spirited phone call interviewing him about his book "Medium Raw". I wasn't sure what he would be like-sometimes the bigger the star, the bigger the diva. I needn't have worried. I only had 15 minutes with him but he made sure I got a surplus of amazing quotes. He was just like that. Maybe it was the New Yorker in him that had quips to burn and had an opinion on everything. I felt like every second was gold and thought to myself admiringly that this man wastes not a second in life. Which goes to show that we really don't know what is going on behind assumptions and that we should be kind, always.

The second time I met Anthony Bourdain was in person at the Sydney Writer's Festival. He was tired and had just completed two talks on stage. But even when tired he gave everything that he had and I knew that he was reaching deep into reserves of energy. I switched tack to where I'd give him the name of a person or thing and he'd give his opinion of it. He became animated and we volleyed off each other. 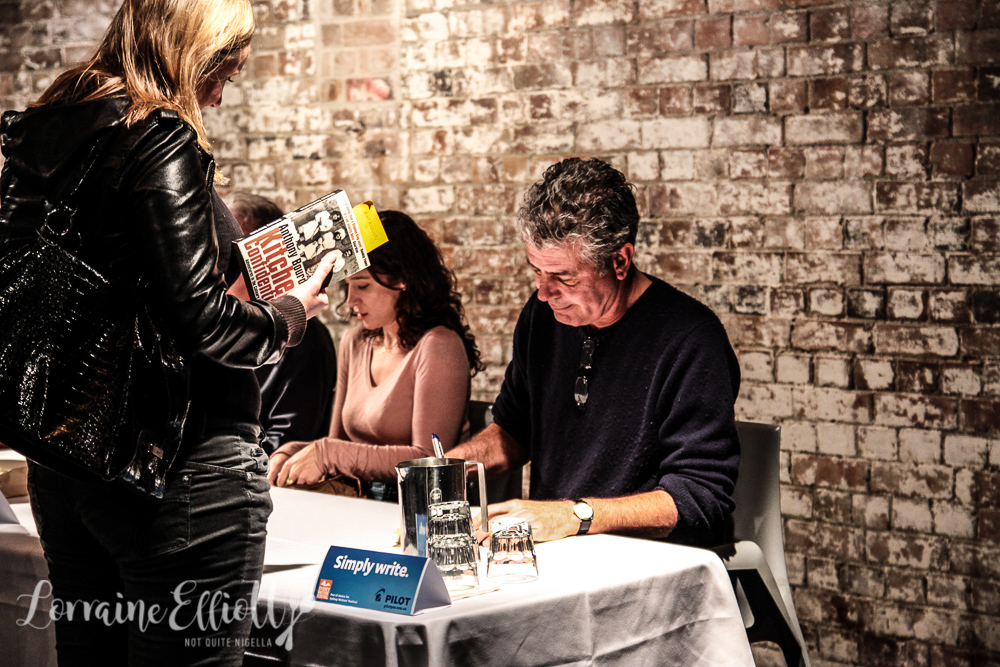 When we were finished he talked to Mr NQN who was holding the video camera. He charmed everyone but not in a sycophantic way. His talent was making everyone feel interesting and included by talking to everyone no matter what they did. He made people feel comfortable straight away, a gift if ever there were one.

Anthony told things like it was. For me his show was the best of the best. There was nothing like it, especially it's authenticity. When he talked to Mr NQN about the camera he explained that if his camera people didn't capture a moment, they wouldn't restage it, it would just be lost, rendered just a faded memory. This is the antithesis of how most tv is filmed nowadays but I feel the viewer could tell that it was real.

My favourite chapter of his book Medium Raw was about Justo Thomas, the Dominican-American fish filleter at Le Bernadin restaurant, and to me is food writing at its best. It is like we are sitting on Anthony's shoulder as we watch him observe the skillful restaurant worker expertly do his job. He made heroes of people that would often be overlooked. Anthony's vision was special and he could see through pretense and hone in on real talent. He saw people and cultures as they saw themselves. He traded not in stereotypes but individuals. 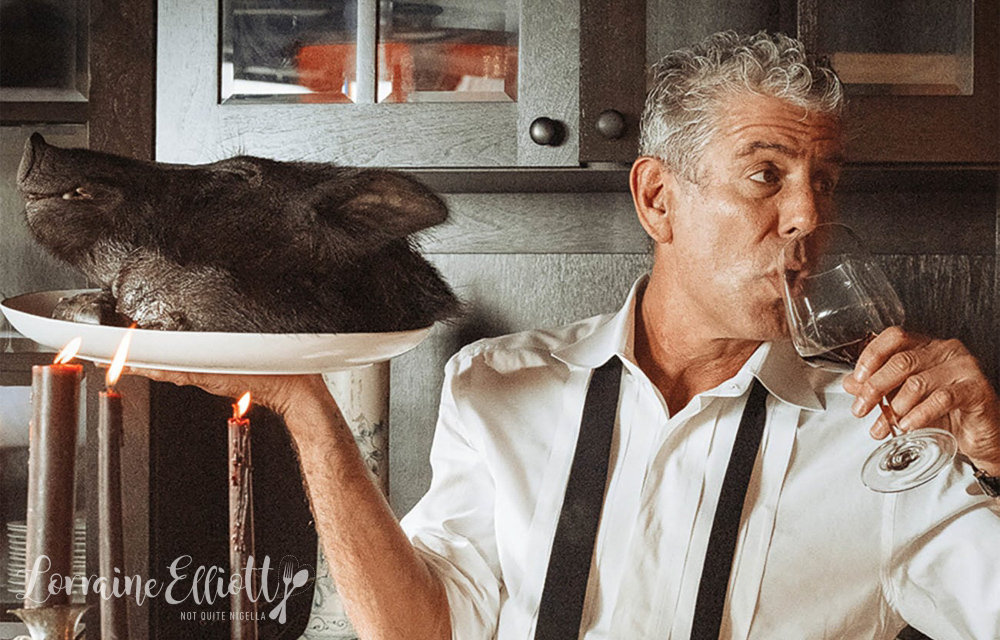 The way he connected people to cultures through foods was such a simple concept but one that he did better than anyone else in the world. He was honest, pragmatic and not sentimental but he held great affection for people and places. He made us feel like we were not alone and that we have a common heart.

I received many messages on the day of his passing. They were people like me that wanted to make sense of it. He was so successful, loved, wealthy and with a daughter he clearly adored. He had it all. He had what we are all striving for in life. He was a salmon swimming downstream where we were all headed the other way, convinced that we were on the right course. Why? 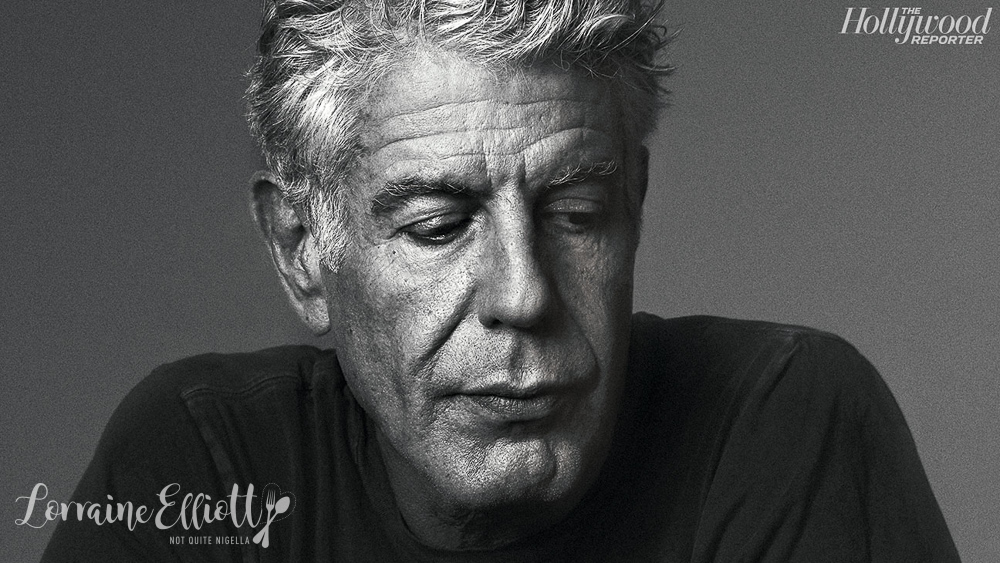 But depression is a complex beast and one that we need to understand more. I was talking online to Heather from @occasionalbaker who shed some light on it as she has suffered from mild depression. She said, "A lot of the time I don't think it's about knowing that others around you love you, but more that you feel you're burdening them with your presence. Which is totally unjustified, but that's the evil of the illness._" For some, talking about it was key and that she was fortunate to feel as though she could talk to others and that was what helped her get through it.

But it was what she next said that was utterly enlightening: do not give advice. "I have learnt a lot of people literally have no idea that some people feel this way without being able to control it, so they're like 'Well, just how about you stop feeling that way...'. Because in a lot of cases that's really isolating when one of your friends or peers offers some advice and there is the moment of 'Wow, they actually have no idea, now I feel like a bit of a freak,' because before then you kind of assume everyone is going through similar thought processes, because it's really just a brain situation".

I was so grateful for her for explaining that to me. I know I've been that friend that has offered advice (it's the need to "fix" things in me) where I should have just listened. I hope part of Anthony's legacy will be that people can talk about how they are feeling more easily and freely without feeling stigmatised. But I know his legacy will be much deeper because he was such a bright star. 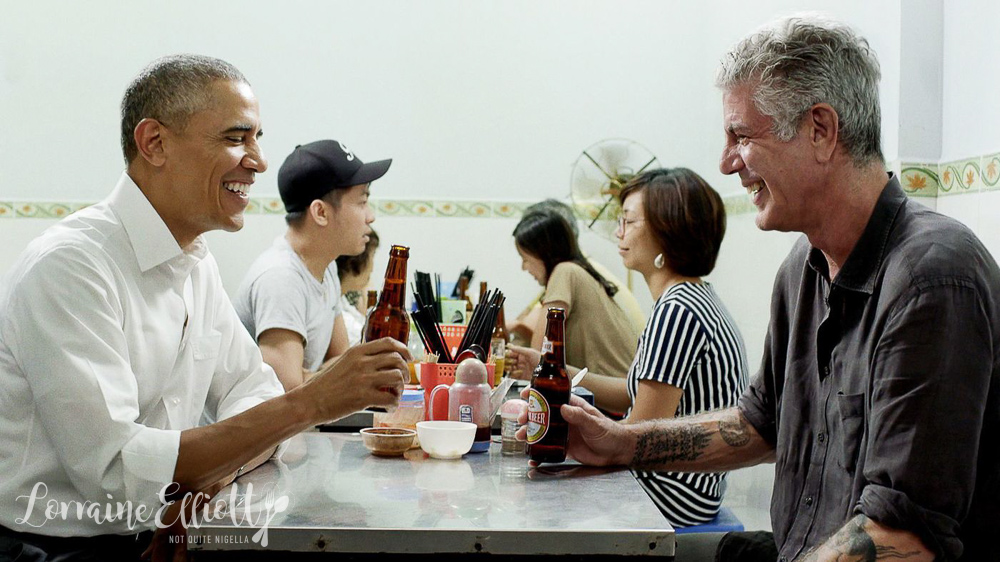 A difficult part was re-reading my 2010 interview at the end where I ask him how he would like to die. It's one of those silly questions that you ask, but hopefully gives you an insight into an interview subject's ideal life.

Anthony said, "I want to die exactly like Marlon Brando in the Godfather. I will be running around in the backyard with my grandchild with an orange wedge in my mouth and then keel over among the tomato vines. I want to die in Italy, I want to be an Italian patriarch at that point in time with my belt around halfway up my chest growing tomatoes and making bad wine in my backyard."

Tears prickled my eyes as I read his because he never got to grow old and become that Italian patriach.

Rest in Peace Anthony, you made so many people's lives better. We wish we could have done the same for you.

featureSix Lunches, Six People: What Do You Eat For Lunch?
featureSo You Want To Be a Food Judge? Secrets & Lessons From A Food Judge
feature21 Fascinating Tips on Etiquette From A Royal Butler {That You May Be Doing Wrong!}
featureHow Much Food Is Wasted? Behind The Scenes of Food Bank!
featureLook at what the Postman brought me...
featureA Taste of Gaza And Reading Between The Soup With Laila El-Haddad
featureRescuing Food: A Day With OzHarvest!
featureThe Prison Dairies, Emu Plains
featureConfessions Of A Foodie
feature10 Things You Should Know About Food Bloggers