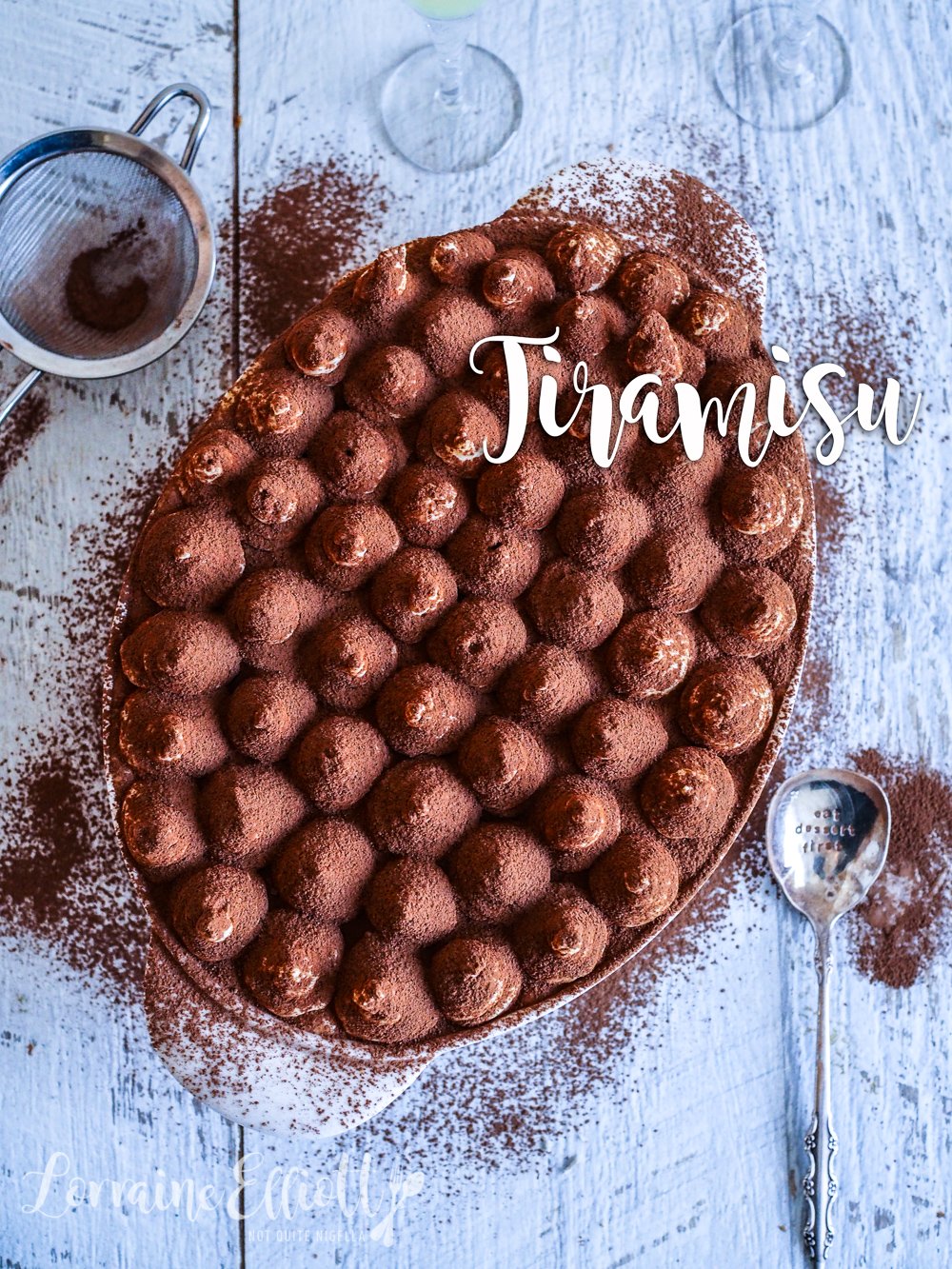 Nothing beats a classic tiramisu and this is my favourite tiramisu ever. I learned how to make it while in Bologna, Italy a couple of years ago at a cooking school. And when I had to bring a dessert to a friend's house, I made this as it's always a crowd pleaser.

This recipe comes from the Bologna Cucina Cooking School by chef Davide Berchiatti and I didn't change much at all because it is tiramisu perfection (just the pattern on top is my embellishment). There is no need to mess with perfection. The cream is so light and creamy and the coffee and alcohol just right. 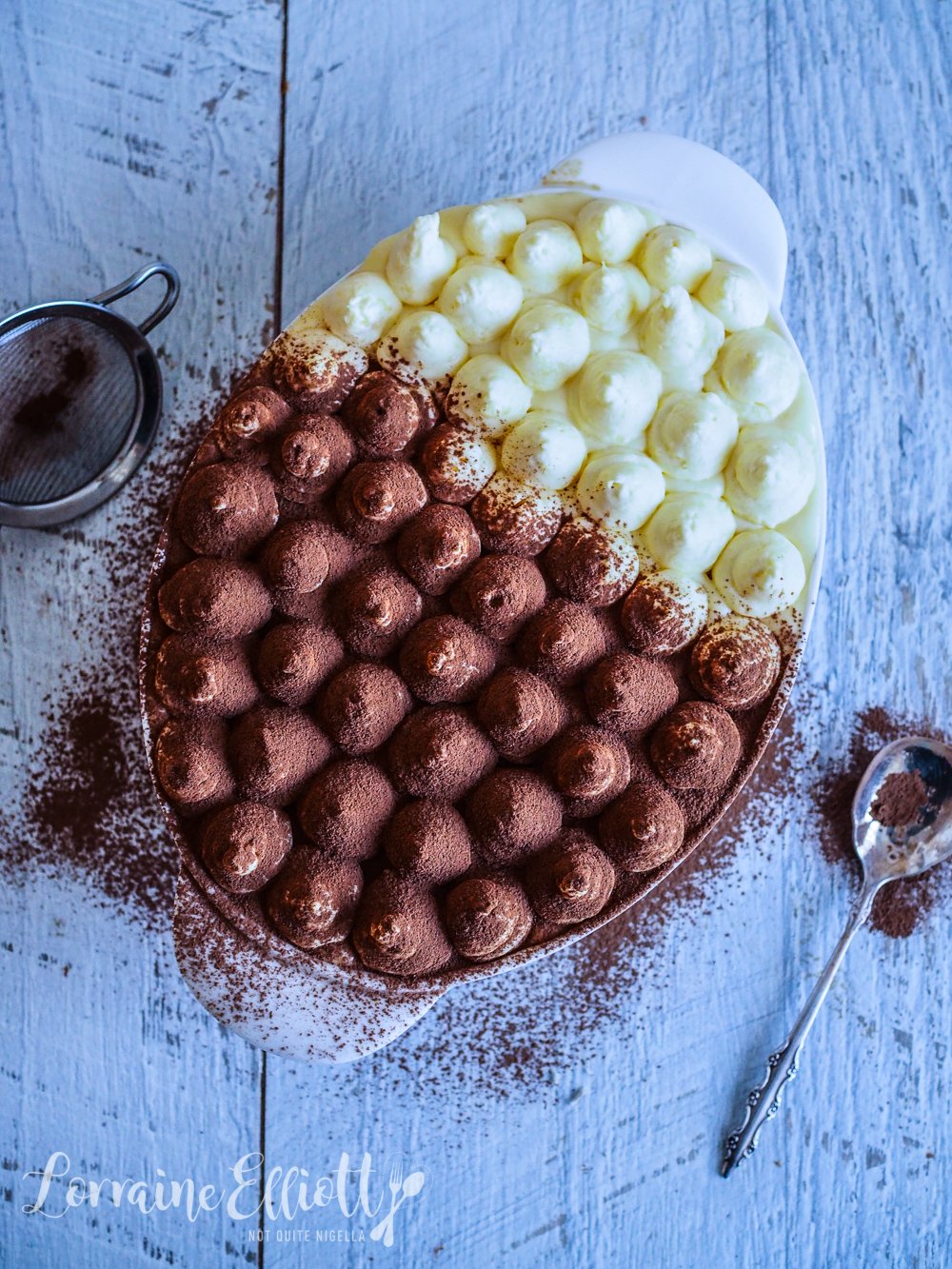 The history of tiramisu is a relatively recent one although there is not much agreement in where tiramisu was invented with several regions claiming to have come up with the magical dessert. It means "pick me up" possibly owing to the coffee in tiramisu and alcohol, usually Madeira wine was added later. There is even a story that it was invented in Treviso (a town known for late night carnal pleasures, brothels and sex parties) where it was served to and by sex workers as a post coital pick me up. That is by far the most interesting theory.

If you have never made one, there is something else that you should know about tiramisu. It's one of the easiest desserts to make and yet is so universally popular that it the effort to reward ratio is actually a bit embarrassing. Italians are not silly, they're very smart. Pasta is another item that is relatively easy and accessible to make but also pleases everyone. And pizza? Don't even get me started. 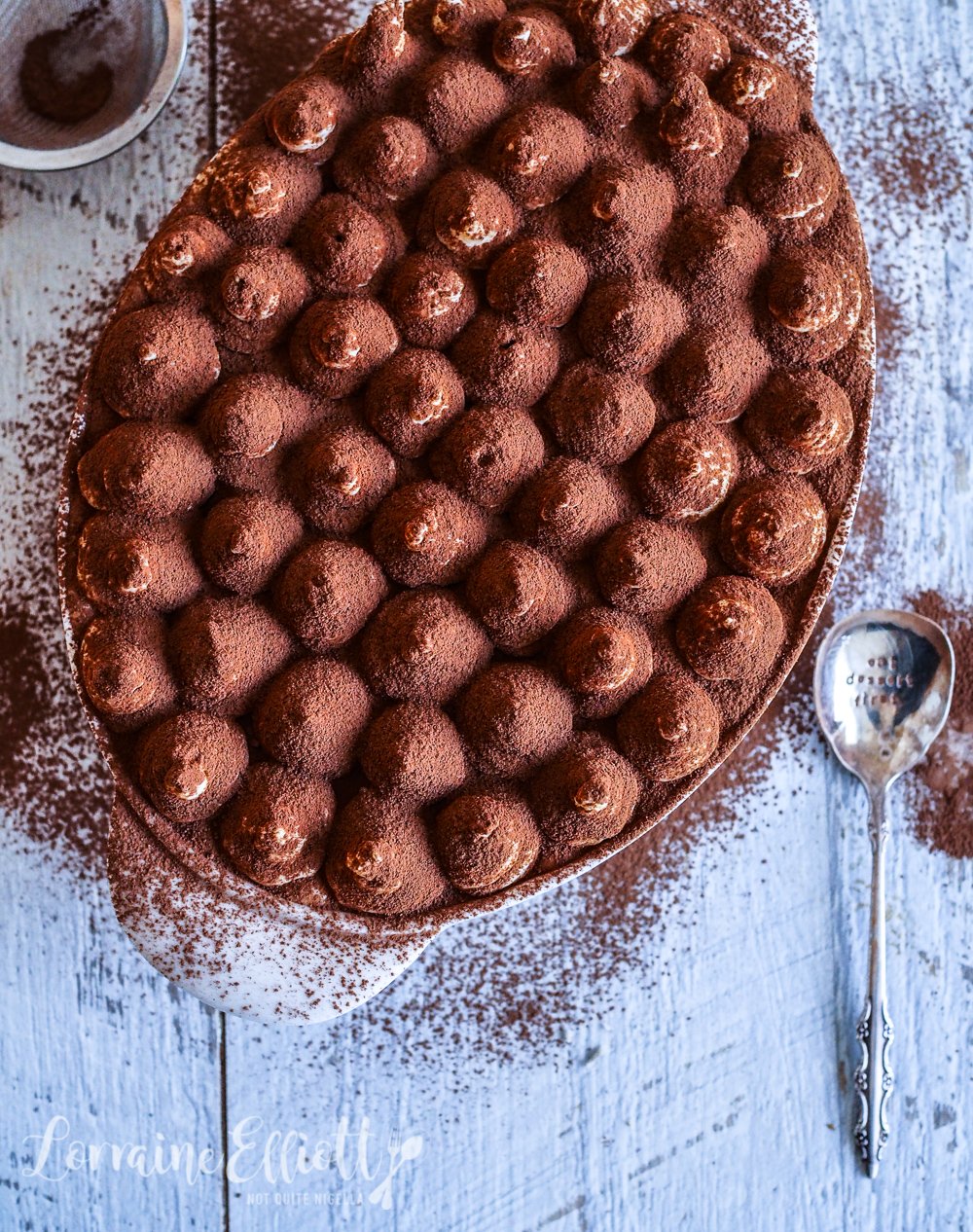 A friend's spouse owns a pizza place and one day I stopped by as I wanted to buy some pizza (win for me) but also support their business. She told her husband and when I tried to pay for my pizza they wouldn't take my money. "But I just want to support your business!" I told her.

She laughed, "Don't worry there's plenty of profit in pizza, don't worry about that," she said. The Italians...they know what they're doing!

So tell me Dear Reader, do you like tiramisu? And did you know about its origins? Had you ever heard about the stories about the sex workers? 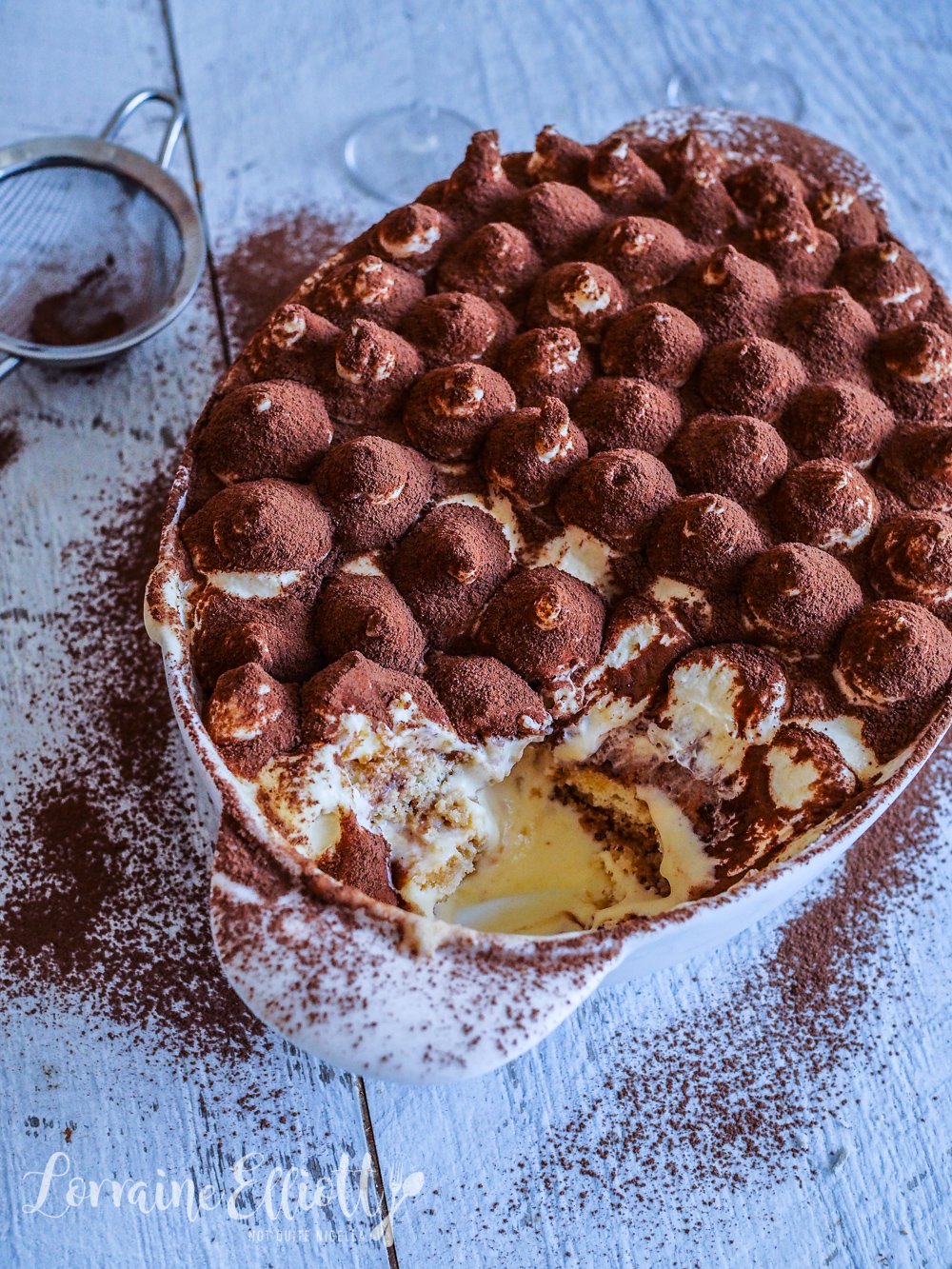 This recipe is best made the day before

Step 1 - Whisk egg whites until stiff with a pinch of salt. Set aside. Then whisk the egg yolks with sugar until the mixture is pale and fluffy and then add the mascarpone to make a dense, thick cream folding with the egg whites gently so as not to deflate them too much. 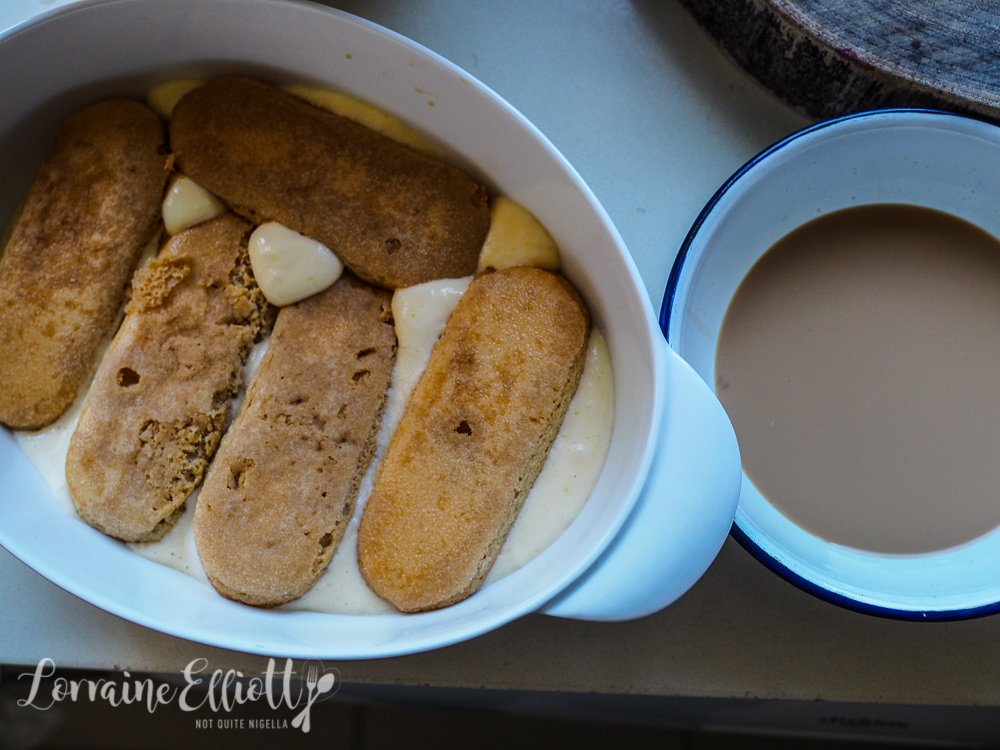 Step 3 - You should still have a lot of the cream left. Sprinkle the gelatine over the water and melt in the microwave for 20-30 seconds on high. Allow to cool for 5 minutes and then whisk with the remaining cream. Place into a piping bag fitted with a 1A plain piping tip. Pipe dollops on top and then allow to set in the fridge, preferably overnight. When ready to serve, dust with cocoa.