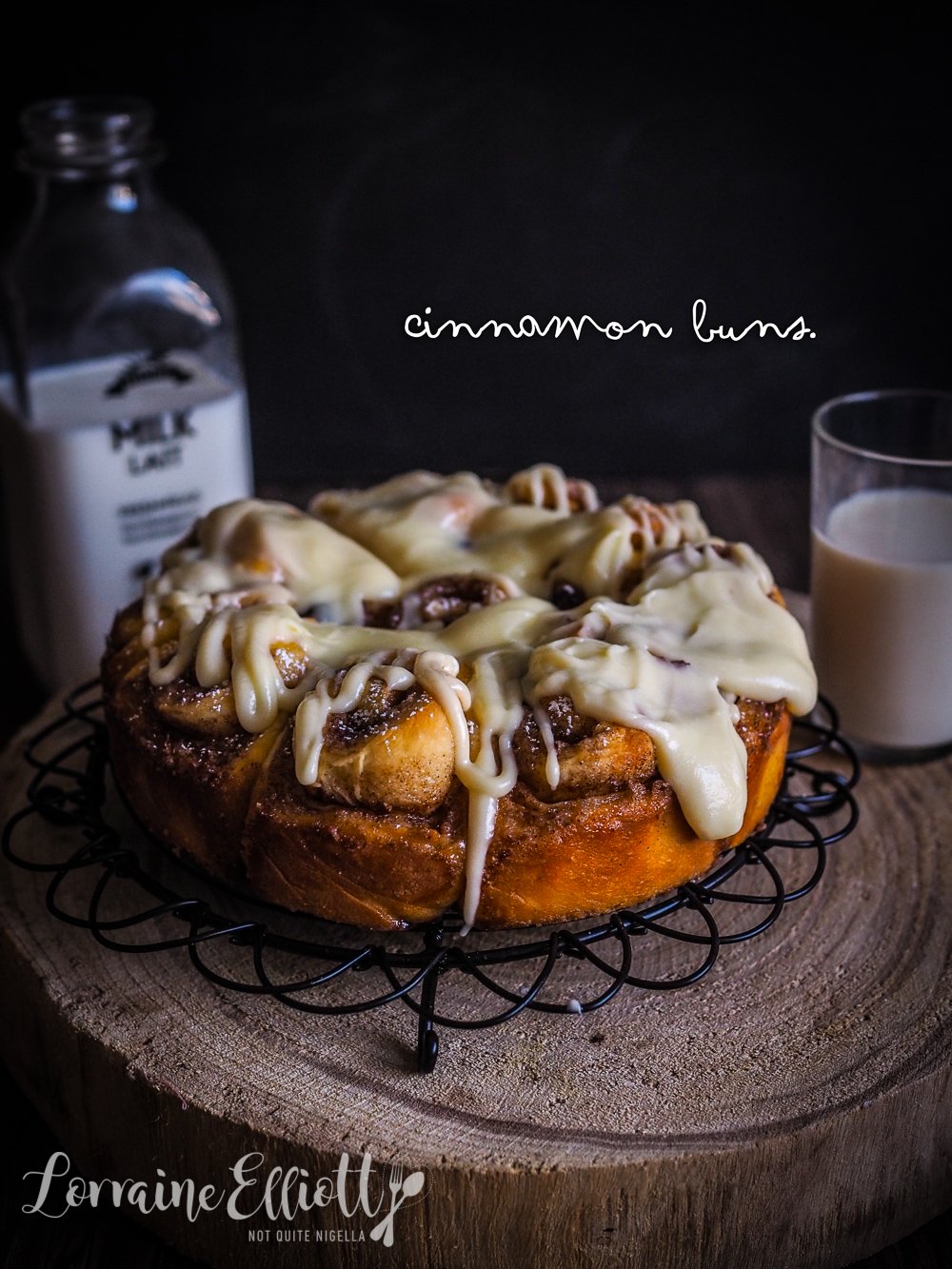 These cinnamon buns are something special. They use my secret bread baking weapon: tangzhong or water roux. This simple step makes sure that these cinnamon rolls are as soft and downy as a cloud. These buns also come generously layered with a caramelised cinnamon sugar butter and a browned butter cream cheese glaze. And yes Dear Reader, these are a pushy recipe!

I rushed this recipe up for you Dear Reader, because when I put it up on Instagram last week I got a lot of comments and messages asking when this was going up. I know that I do go on about tangzhong but if I can get you to try one thing this year, it's baking bread with tangzhong if you haven't already. It's a game changer. It's the secret weapon in my hot cross buns and I still can't believe that it has taken me this long to make cinnamon buns using it. It's simply a 2 minute ingredient that makes your breads amazingly soft and long lastingly fresh. 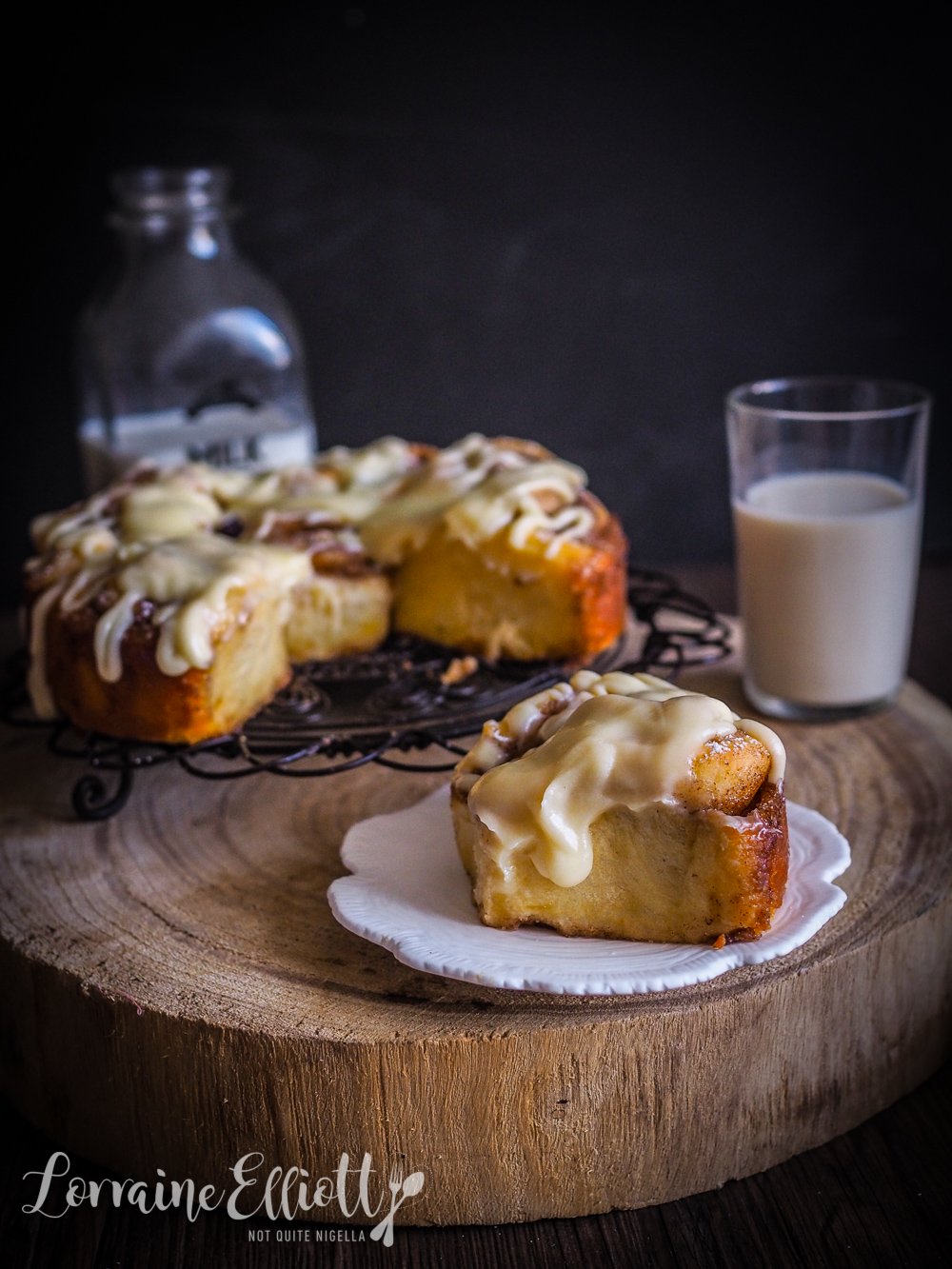 I had one reader disappointed that it was a bread recipe using yeast. I used to avoid recipes using yeast until I got a stand mixer. You see I don't really have the upper body strength nor inclination to knead dough for 10 to 15 minutes. I get bored, I get sore and I get cranky. And I will say that unless you absolutely LOVE kneading by hand, this is best attempted using a dough hook with a stand mixer because even then it can take over 10 minutes' kneading.

I now find bread making relaxing and therapeutic mainly because I got rid of the thing I liked least, kneading. And these buns, that swell up to become full to bursting hearts in the tin get this incredibly buttered caramelised cinnamon sugar edge to them in much the same way as a kouign amann. Plus there's nothing better than a cream cheese glaze on a cinnamon bun drizzled, draped or dolloped over each plump bun. And this isn't an ordinary cream cheese glaze but it has additional nutty warmth from browned butter. 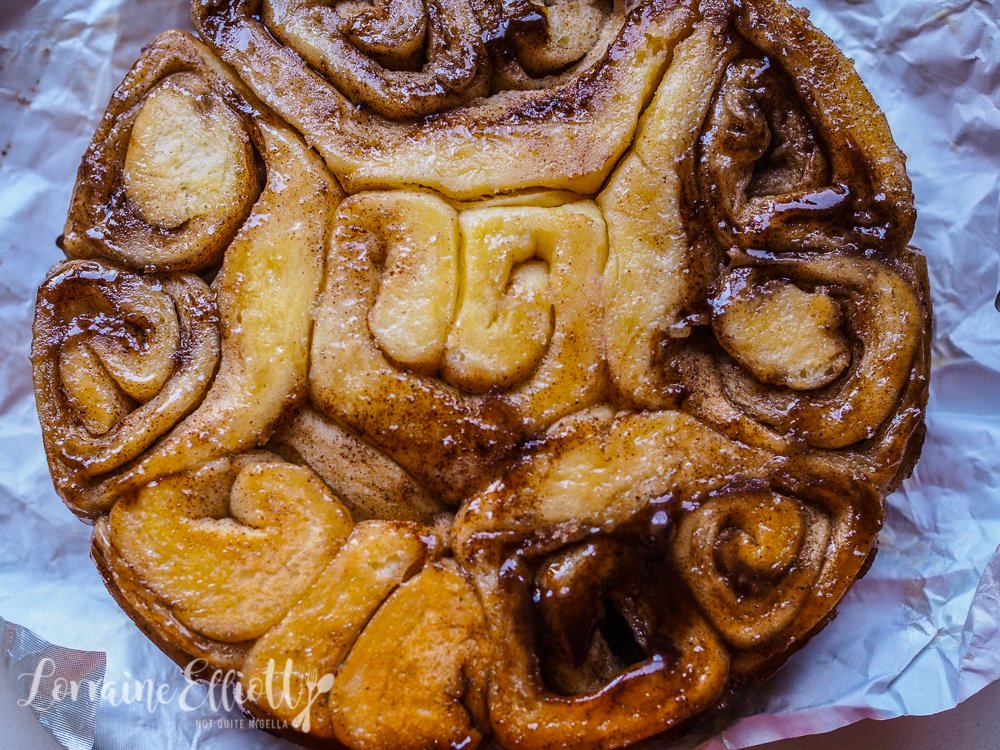 Just look at that buttah and the caramelised cinnamon sugar...

Apart from bread making another thing that I find really relaxing is getting massages. I find that working at a computer all day means that my posture isn't great. And sometimes travelling and being in cramped seats and carrying around luggage can put your back out of whack. I was overseas when I booked one at the hotel I was staying at.

It was a gorgeous spa and I was greeted by my male masseur. He led me to the treatment room and was very professional. For some reason, I usually have female masseuses - not because I specify it but there just seem to be more female masseurs.

He lay a towel across my chest area during the massage and then proceeded to give me a great massage. Then he whispered, "Would you like me to massage your décolletage area?". I mumbled "Sure" and then he whipped off the towel to my surprise exposing my chest. 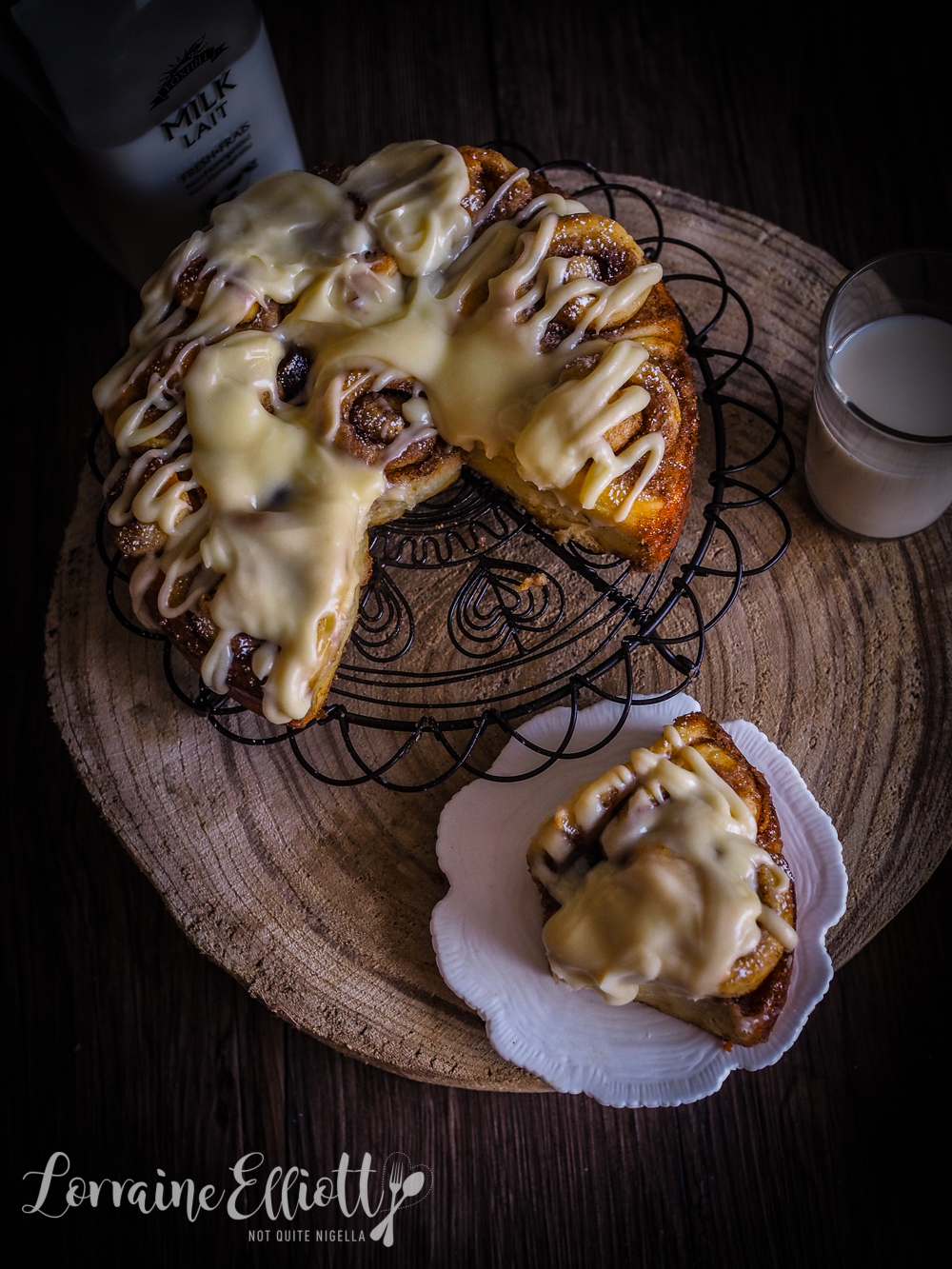 I don't know if he noticed that at this point I was very surprised. But he kept going without missing a beat and there was a stage when I was lying on my back, breasts exposed, with him sliding his hands under my along my back. "Oh JFC if I open my eyes now, I'll see his face looking down on me!" I said to myself doing a quick close eyed configuration calculation.

Afterwards I got dressed and again he was very professional. I chalked it up to a cultural difference and went on my way. But I must admit I was surprised when a few days later he started following me on social media and sending me flower bouquet emojis on all my selfies!

So tell me Dear Reader, would you have been surprised if they removed the towel? And how do you relax? Do you find bread making therapeutic? And have you ever tried tangzhong? 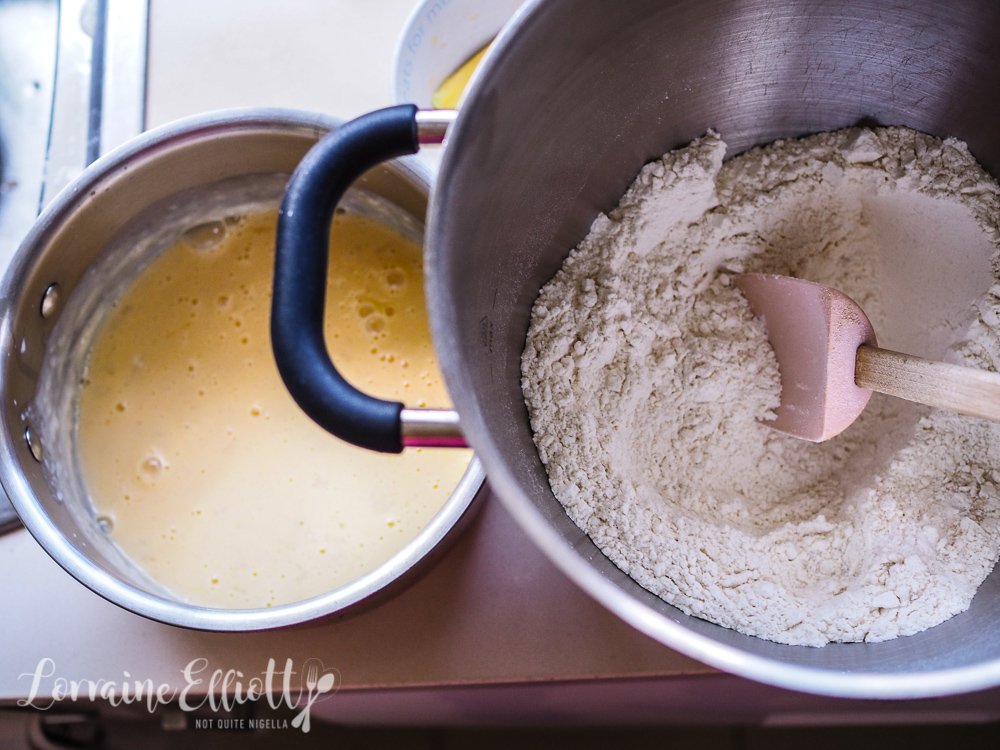 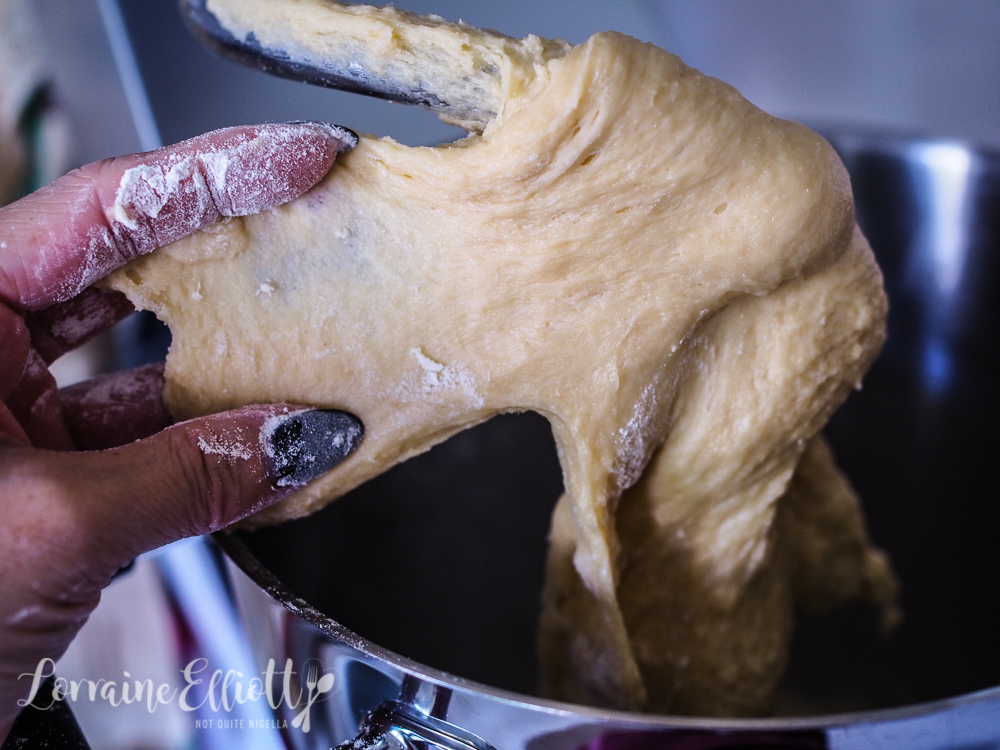 Step 2 - In a stand mixer fitted with a dough hook stir the rest of the flour and yeast. Add in the tangzhong and the milk mixture. Knead with the dough hook until you can gently pull the dough apart without it breaking-this is called the window pane effect. Roll into a ball and allow to double in size in a warm area - around 45 minutes to 1 hour. Knead in the salt. In a small bowl mix the melted butter, sugar and cinnamon together to make the filling. 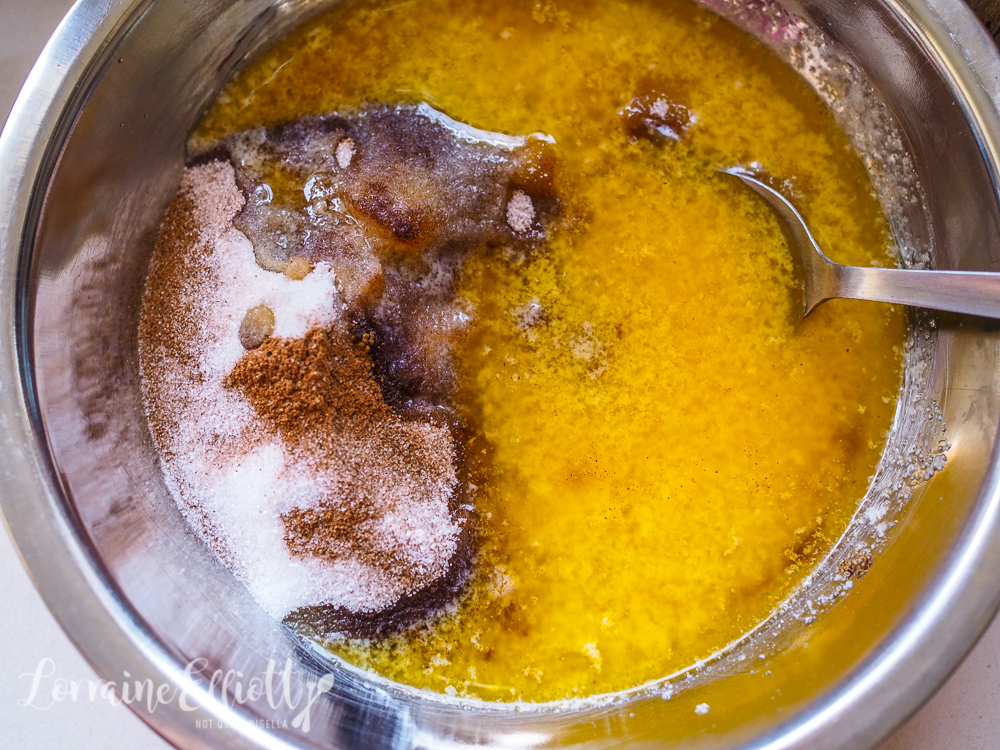 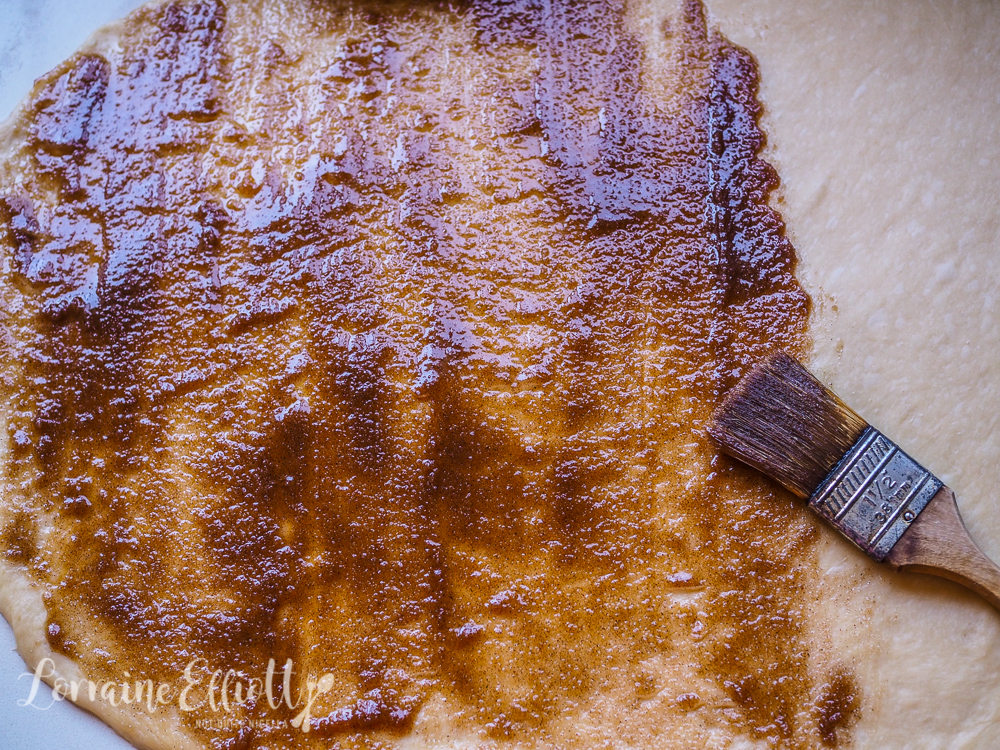 Step 3 - Grease two 20cm/8inch round tins on the base and sides. Flour a large surface and roll out into a large rectangle, around 60x40cms (24x16inches) in size. Brush the filling all over the dough right to the edges. Cut the dough into 14 long 1 inch strips lengthwise and roll them up from each end meeting in the middle and pinch them at the bottom to make a heart. Place six buns per tin reserving the rolled up end piece to put in the centre. Place a glace cherry in the hollow. Allow to rise for 20 minutes and preheat oven to 190C/374F. Bake for 15-18 minutes or until golden. 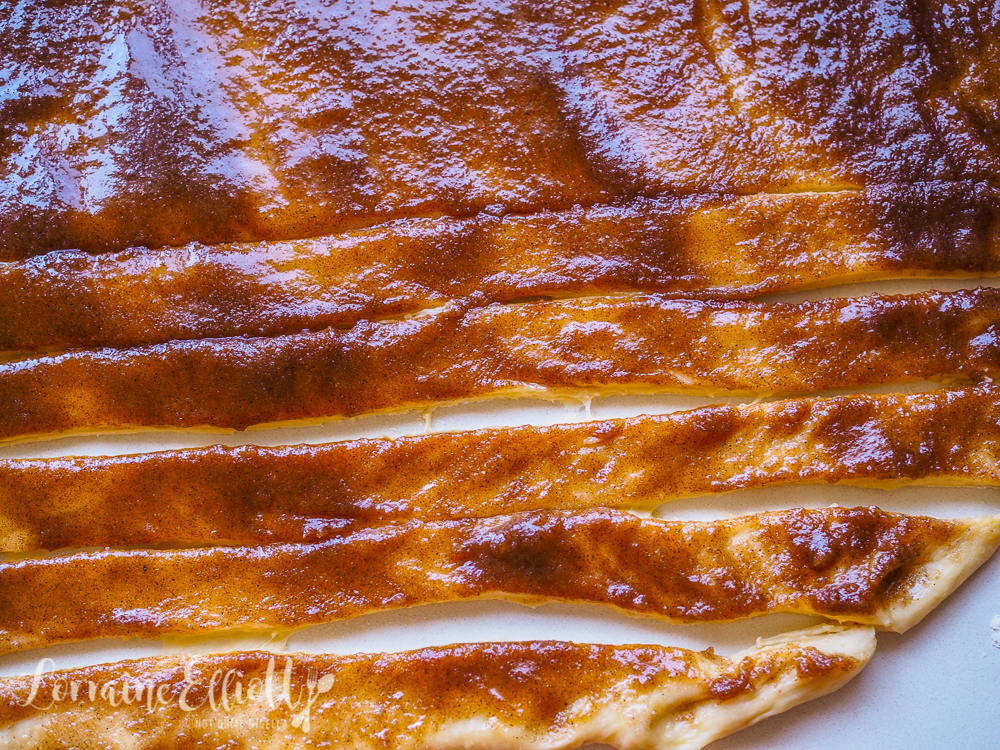 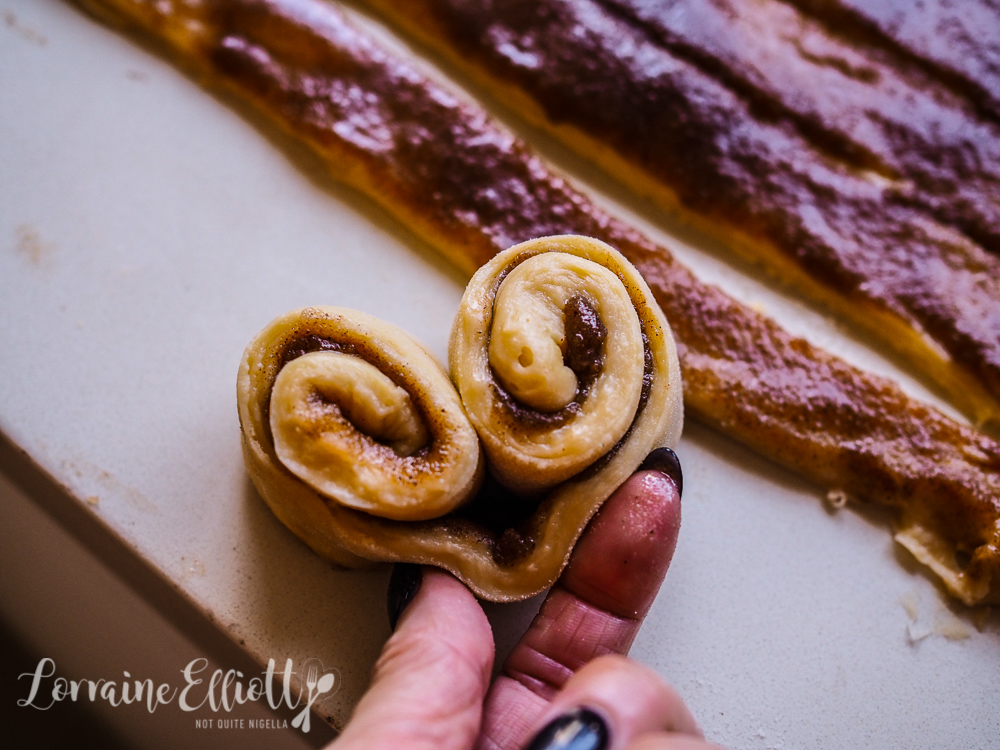 Step 4 - In a saucepan add the butter and turn it to medium high heat allowing the butter to bubble and become golden brown. Once it smells nutty take it off the heat. Whisk this with the cream cheese and then add the icing sugar, milk and vanilla until you make a spreadable glaze. Spread on top of the warm buns and serve. 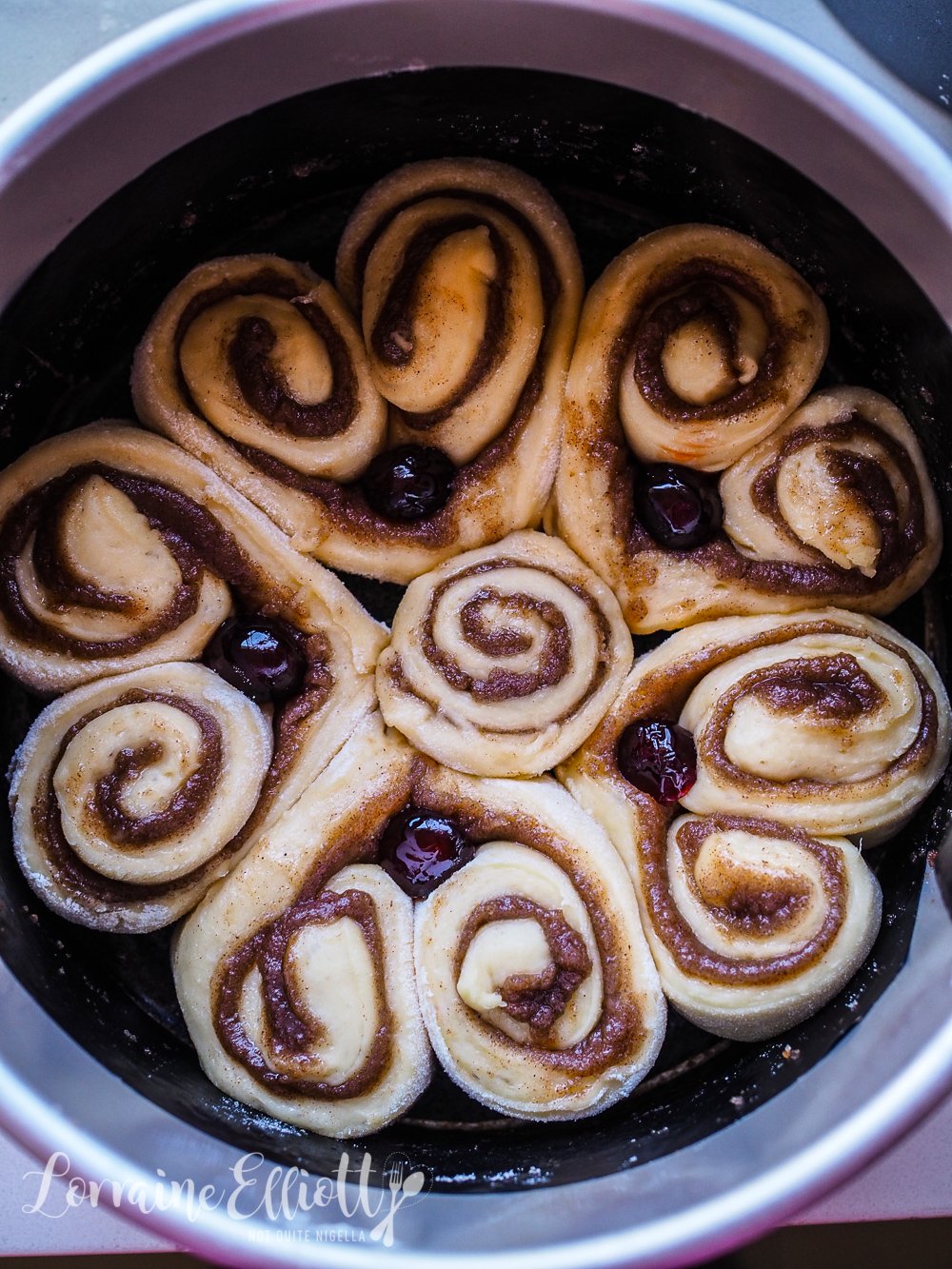 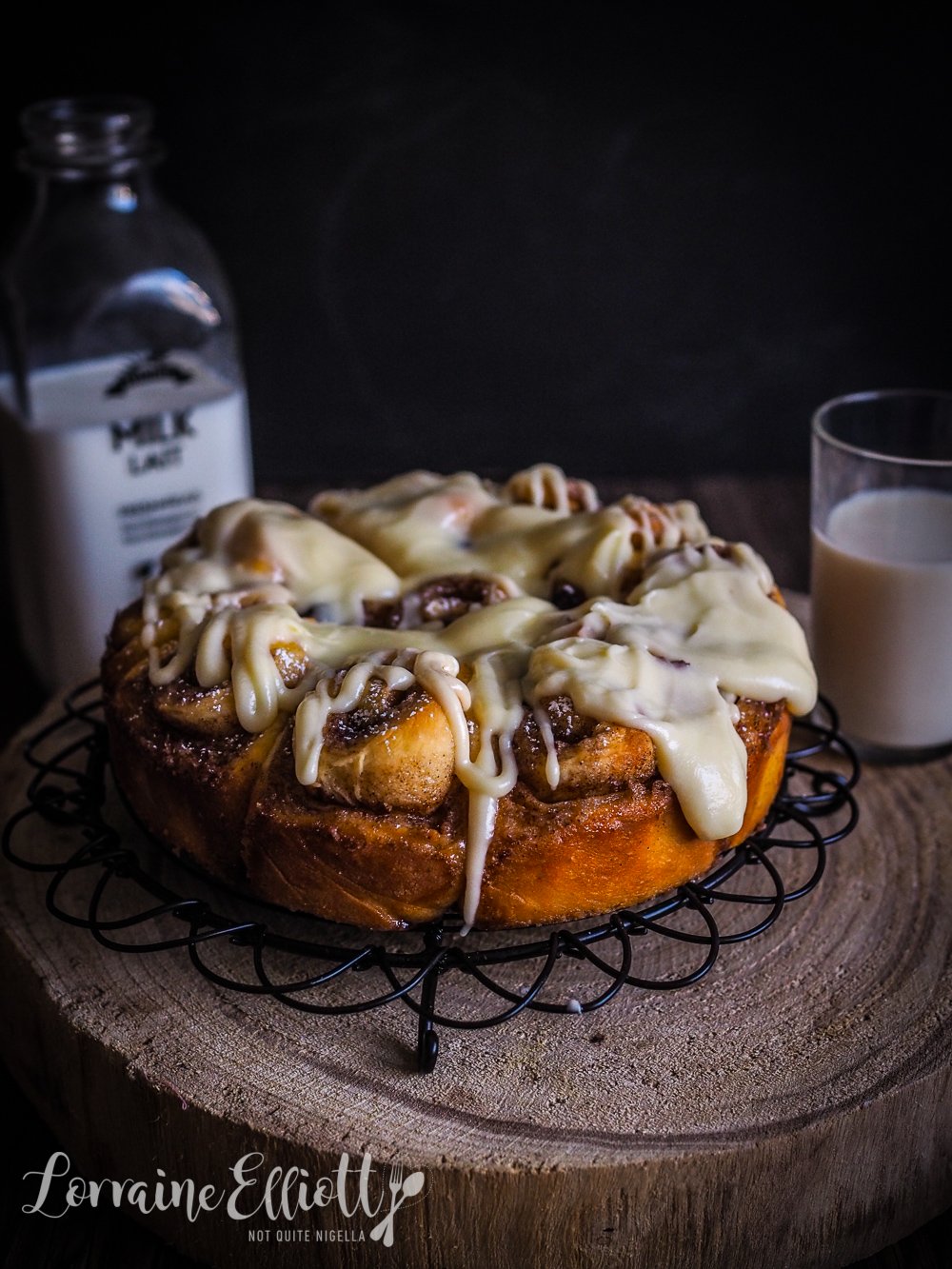