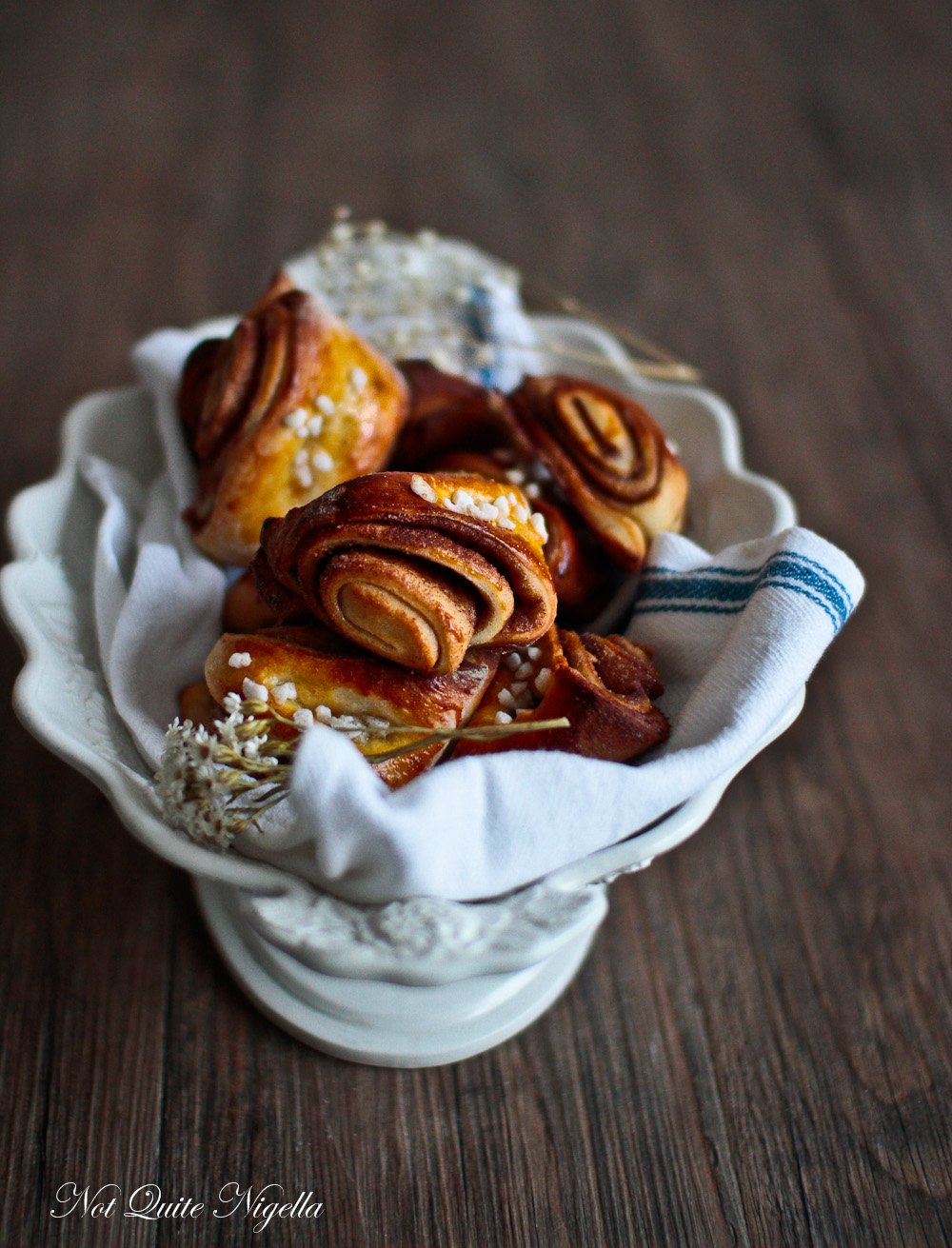 You've heard of Swedish cinnamon buns but what about Finnish ones? These beautiful striped buns have a heavenly scented cardamom butter dough and buttery cinnamon sugar layers. And to finish? Crunchy pearl sugar on top!

Korvapuusti literally means "a clip or slap on the ear" which is a funny name when you come to think of it. I wasn't able to find a lot about the origin of the name but I quickly imagined a child being so tempted at the smell of these that they stole one and was clipped on the ear. I got this recipe from Mr NQN's aunt Sisko who makes wonderful Finnish goodies. They were something that I wanted to make for the longest time.

If you've ever tried Finnish or Scandinavian (did you know that technically Finland isn't part of Scandinavia but it is a Nordic country?) baked goods one spice pops up a lot: cardamom. Before that I'd only really eaten it in Indian curries but it lends itself beautifully to baked goods as it works with sweet or savoury. I definitely would not leave it out as it enhances the buttery dough so much. I adapted Sisko's recipe slightly and added a bit of cardamom in the filling too because I love baking with spices especially in winter so the house fills with aroma.

Dear Reader, there was a time recently when I was forgetful and left something out. Specifically of my ears. I should explain. I was travelling and sat down in my seat on the plane. I touched my ear and secured my earring and then touched the other ear. There was nothing there. I swivelled around looking at my coat and seeing where I'd dropped my earring. Nothing. 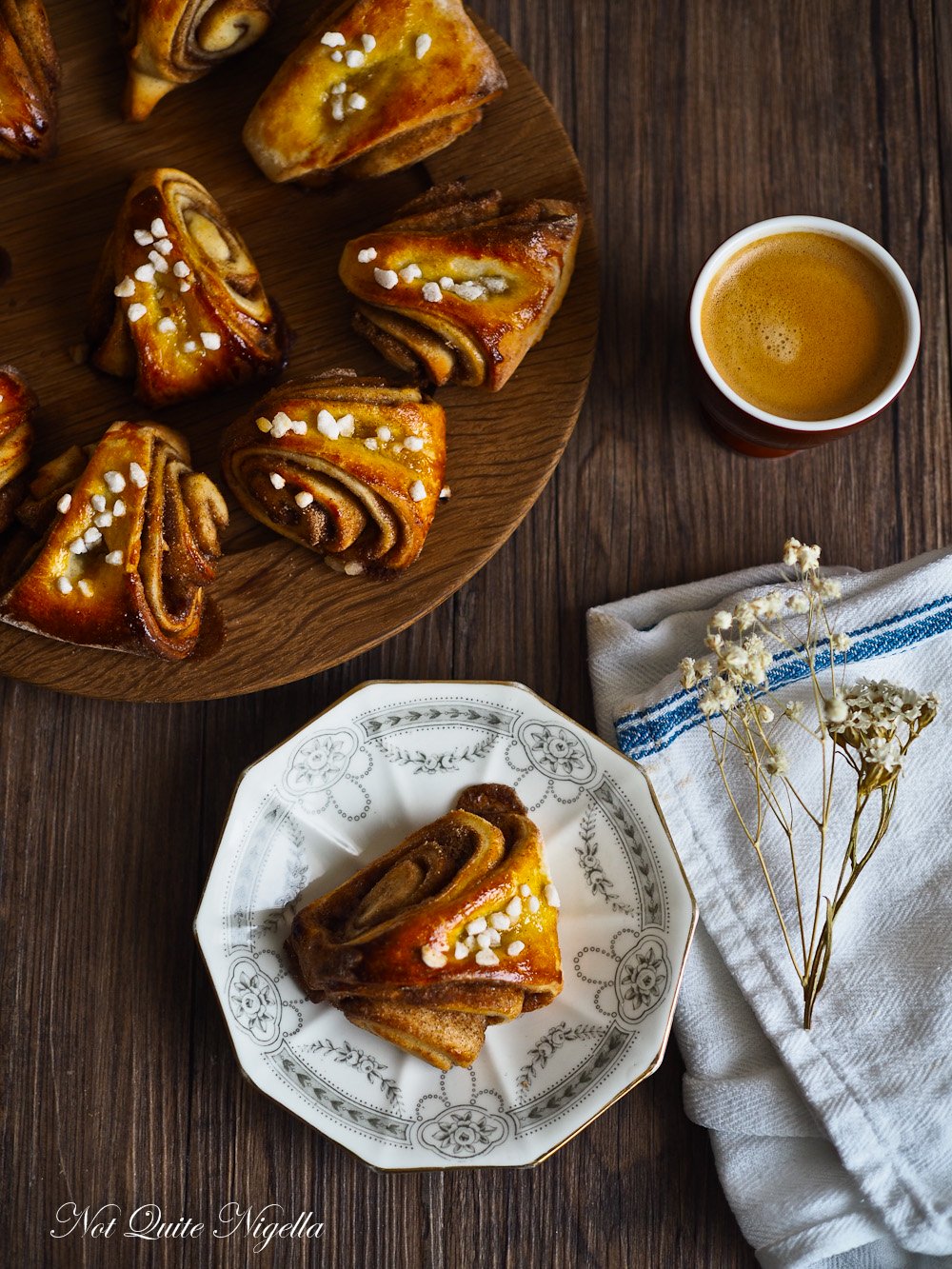 It was my favourite pair and I was a bit annoyed that somehow I had lost it. It was probably on the ground somewhere at Sydney airport. I did a quick look around my seat, took the other earring off and put it away for safe keeping. I made a mental note to buy an extra earring when I got home.

Video: how to make Korvapuusti!

Well it turned out that I was simply being forgetful that day. When I got home from overseas there was the other earring, sitting on top of my jewellery box. In my haste and in my state of forgetfulness I had only put in one earring! I was relieved that I hadn't lost it but I made a reminder to check that I had everything the next time!

So tell me Dear Reader, are you a bit forgetful? Have you ever gone out with one earring or clothing item that was a pair or have you forgotten to add a recipe ingredient? 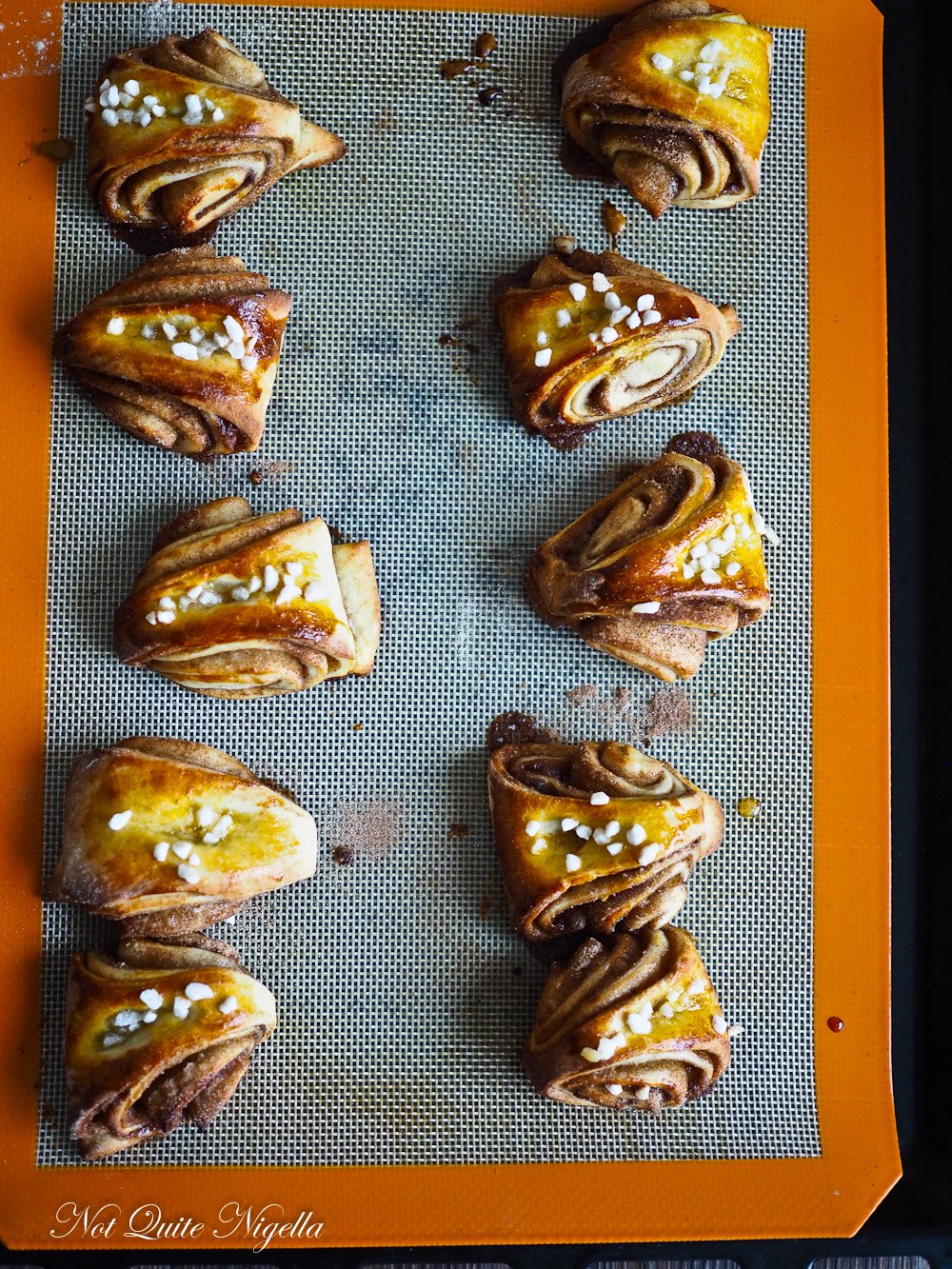 An Original Recipe by Lorraine Elliott, adapted from a family recipe 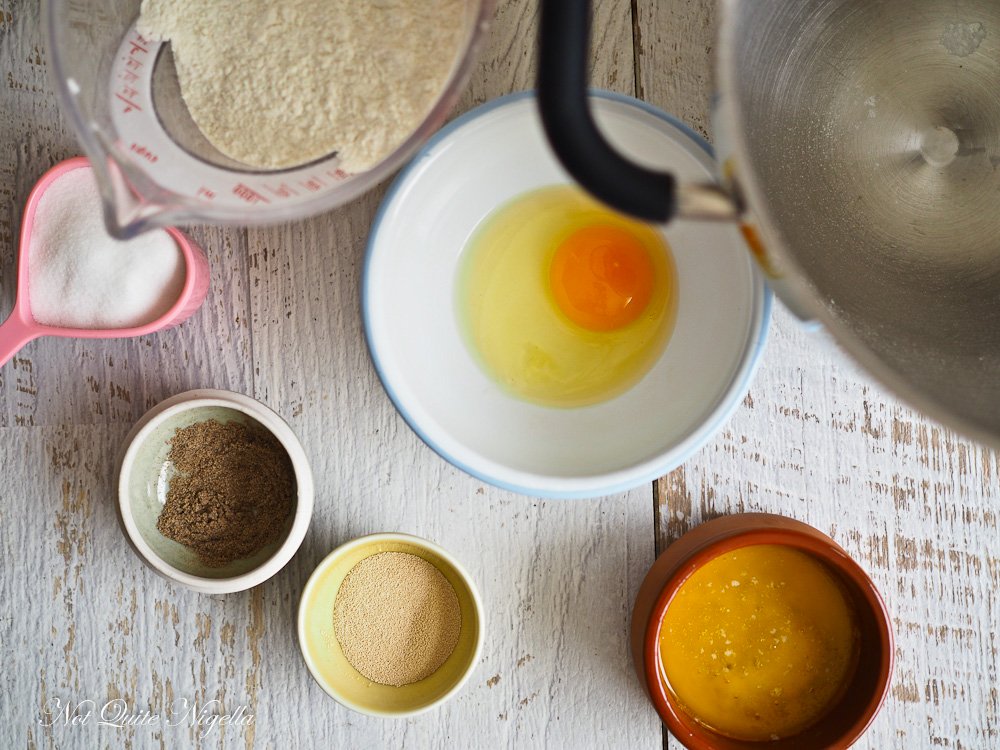 Step 1 - Melt butter and add to lukewarm milk, then add 1 tsp of the sugar and mix in the yeast until dissolved and cover and allow to foam.

Step 2 - Mix beaten egg and the rest of sugar in with the foamy milk mixture. In a large bowl, sift the flour and salt and cardamom together. Make a well in the centre and add the milk mixture, mix until smooth. Add more lukewarm milk if necessary, or more flour if that is needed to make a soft dough. Knead until smooth and elastic.

Step 3 - Place dough in a greased bowl and cover with a damp cloth, leave in a warm place to rise for 45mins - 1 hour, until double in size. Punch down dough, pull over sides and re form into a ball, leave to rise again for 30 more minutes. Meanwhile mix the sugar, cinnamon and cardamom together in a bowl. 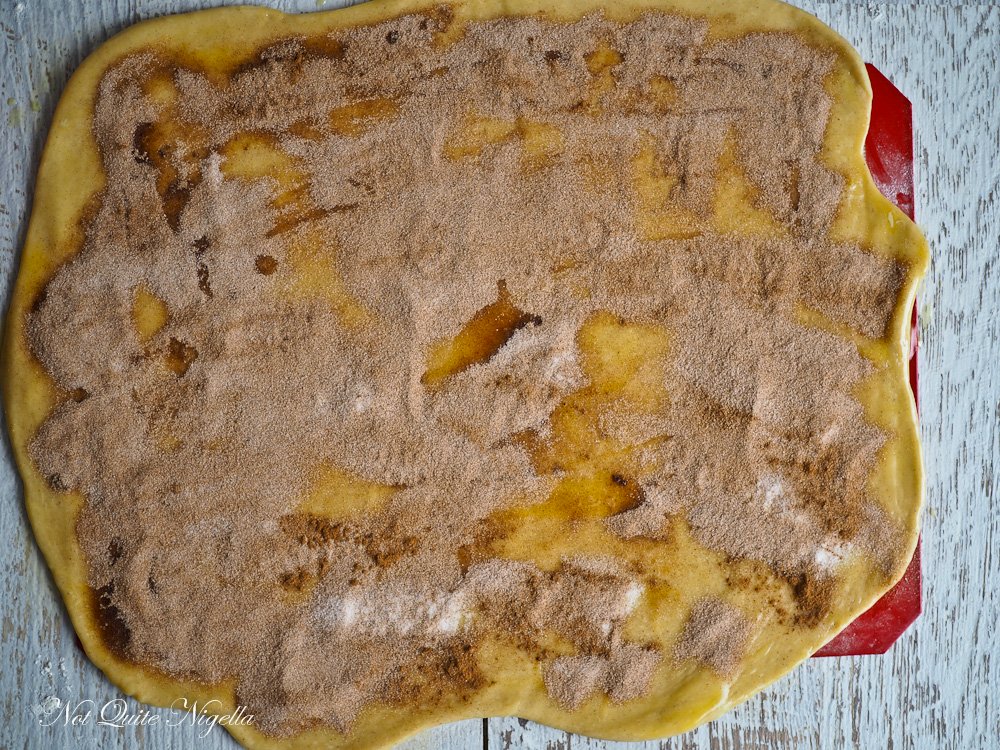 Step 4 - Roll dough into a thin rectangle around 40x50cms. Brush dough generously with melted butter right up to the edge, and then sprinkle liberally with sugar and cinnamon. 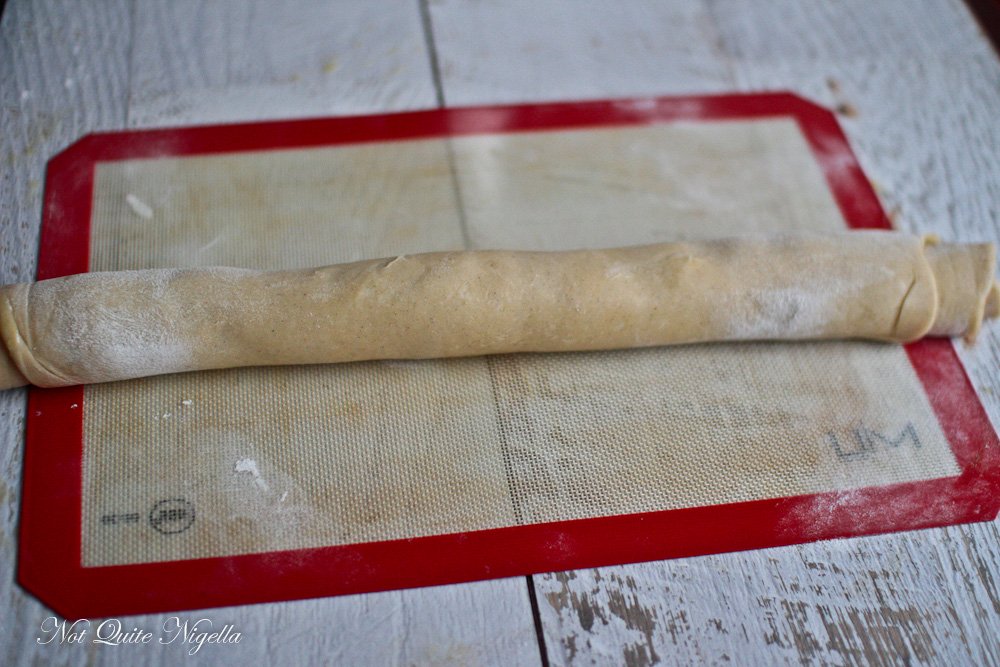 Step 4 - Roll into a long roll, and cut diagonally into fat triangular rolls. Push down with finger on top in the middle until the sides push out to reveal the stripes of cinnamon sugar butter. Allow rolls to rise under a teatowel for 20 minutes. 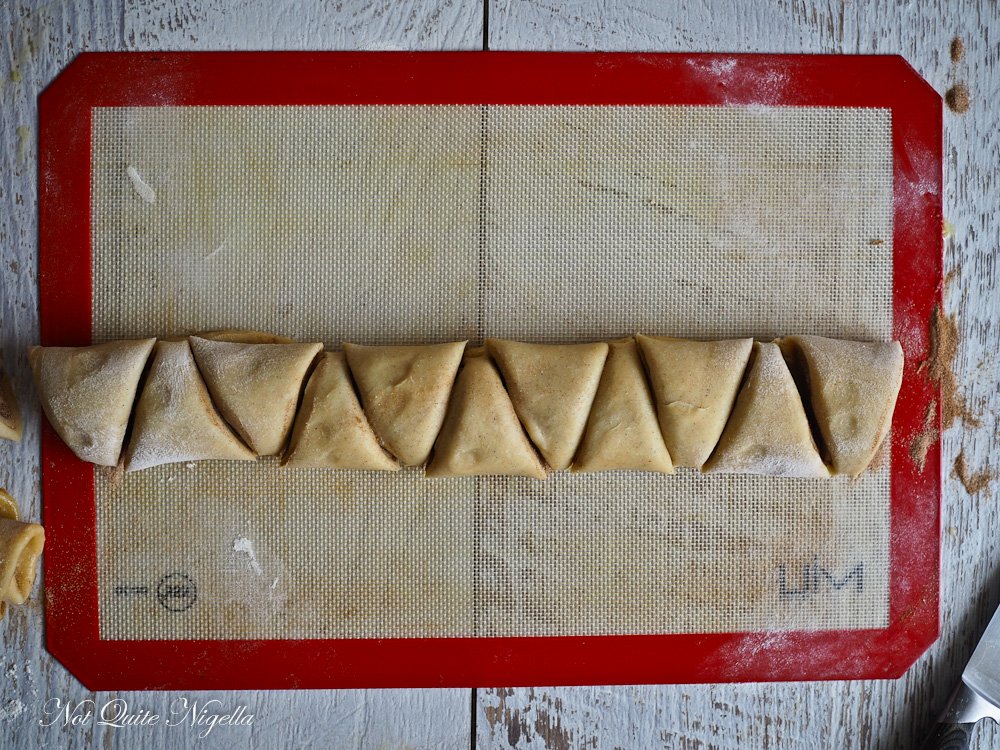 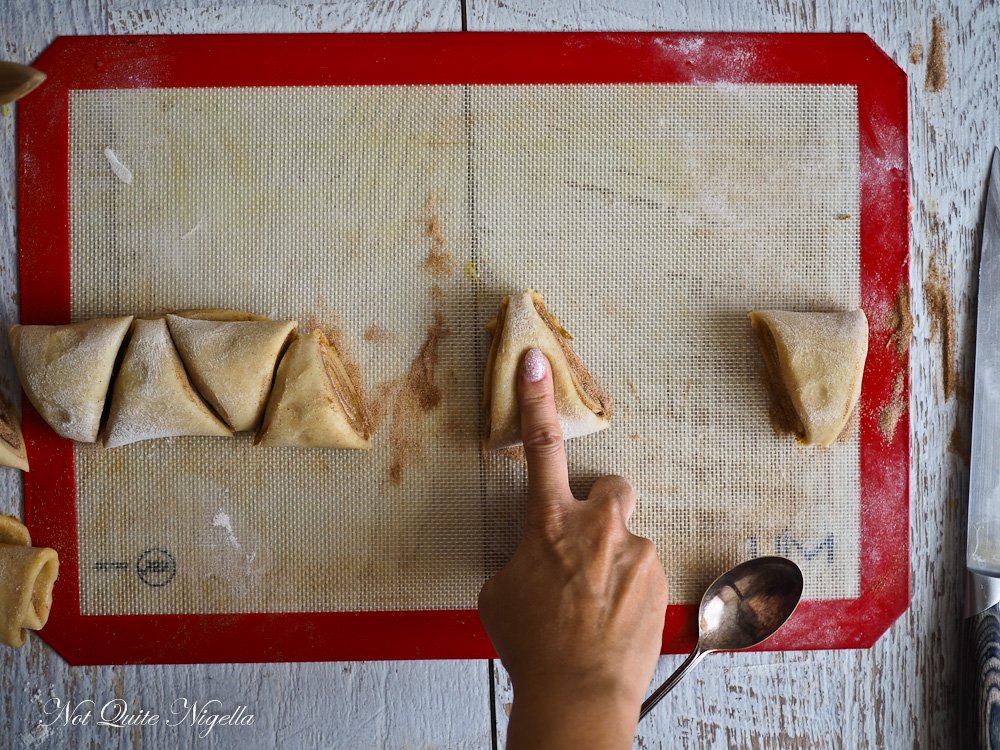 Step 5 - Preheat oven to 225C/437F. Brush tops with beaten egg yolk and sprinkle with pearl sugar. Bake for 10 minutes (yes that's all, they're very quick). Serve warm from the oven. 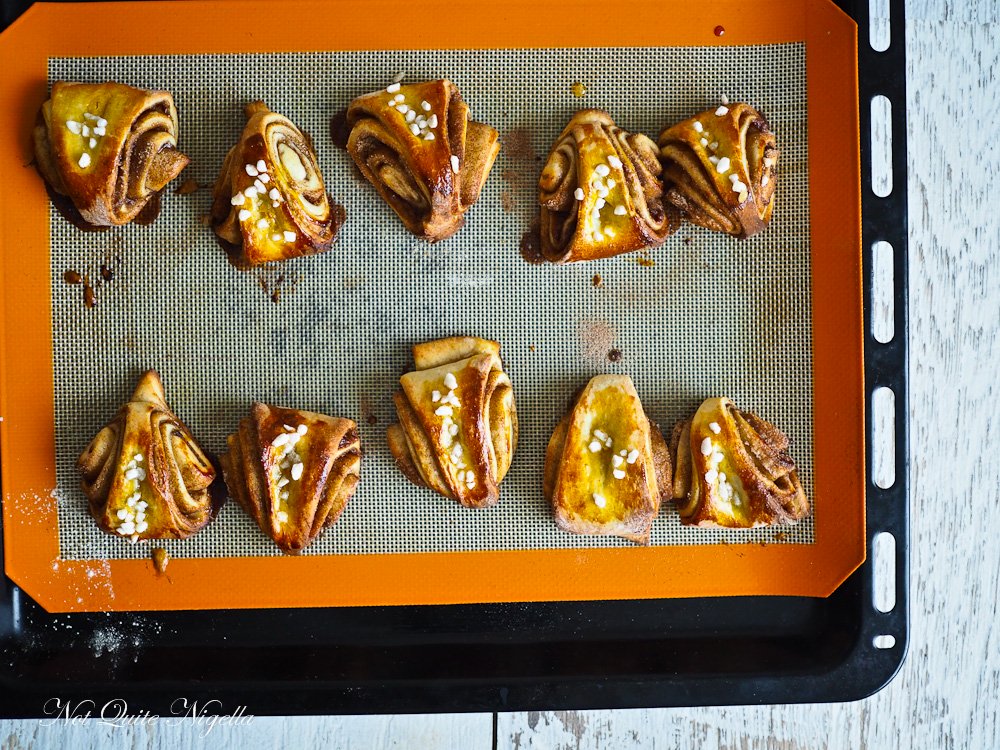