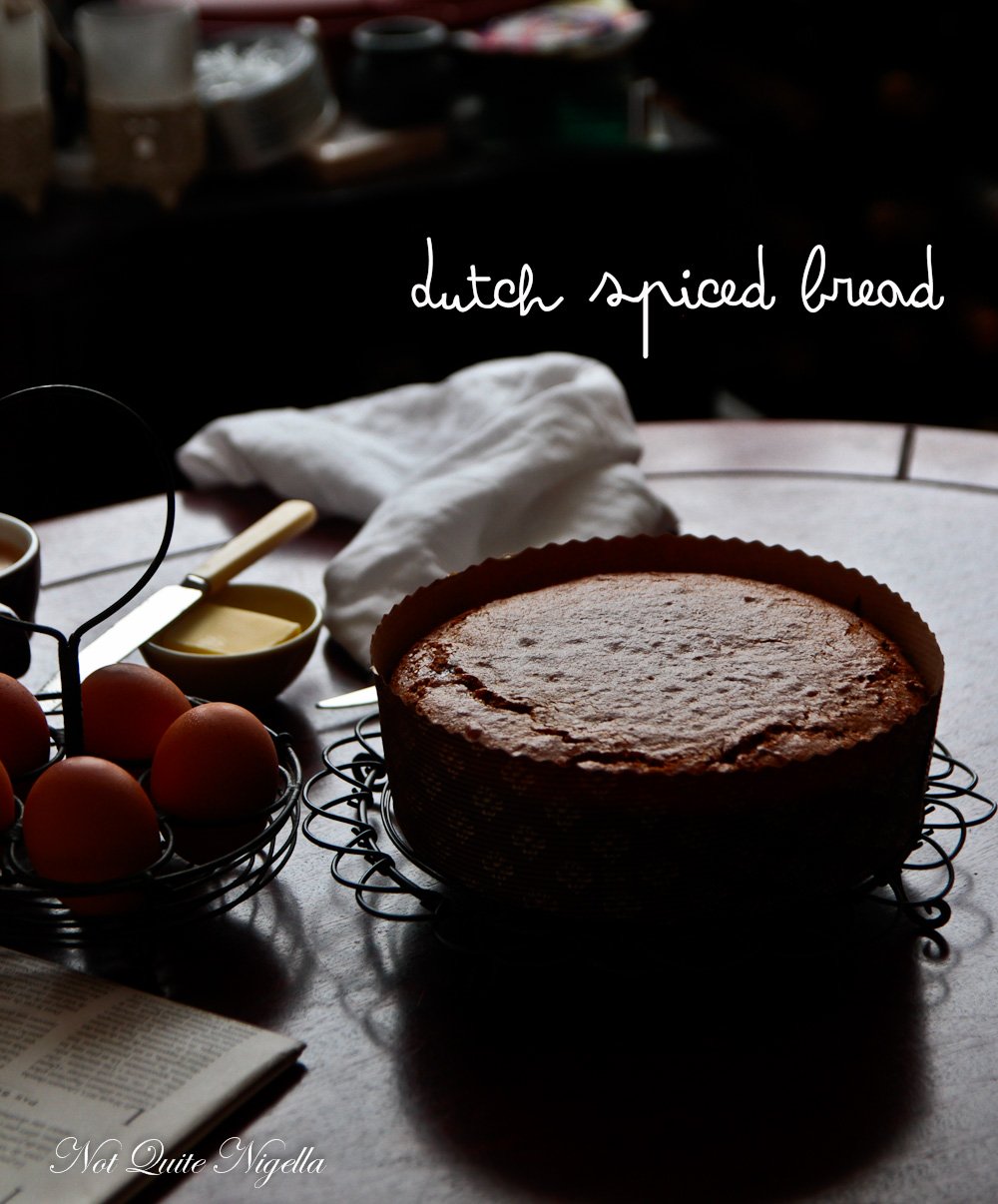 This Dutch spice cake or Ontbijtkoek is a favourite at breakfast tables all over the Netherlands. It's a simple mix, the main ingredient being rye flour that gives it its distinctive taste. Sweetened with a combination of dark brown sugar, molasses and honey it is given aroma through cinnamon, cardamom, ginger, coriander seed and cloves. It is delightful served warm with a thick layer of the best butter.

Some of the time I think I can get away with acting like a proper grown up adult that has a sliver of diction and a semi decent vocabulary. But sometimes you wouldn't even know that I communicate for a living because I do things like completely mess up sentences, forget words and in general not make a lot of sense.

Like if we were friends I might say "It was nice to meet you" instead of nice to see you. Which depending on who it is and how much they know you, may cause offence. 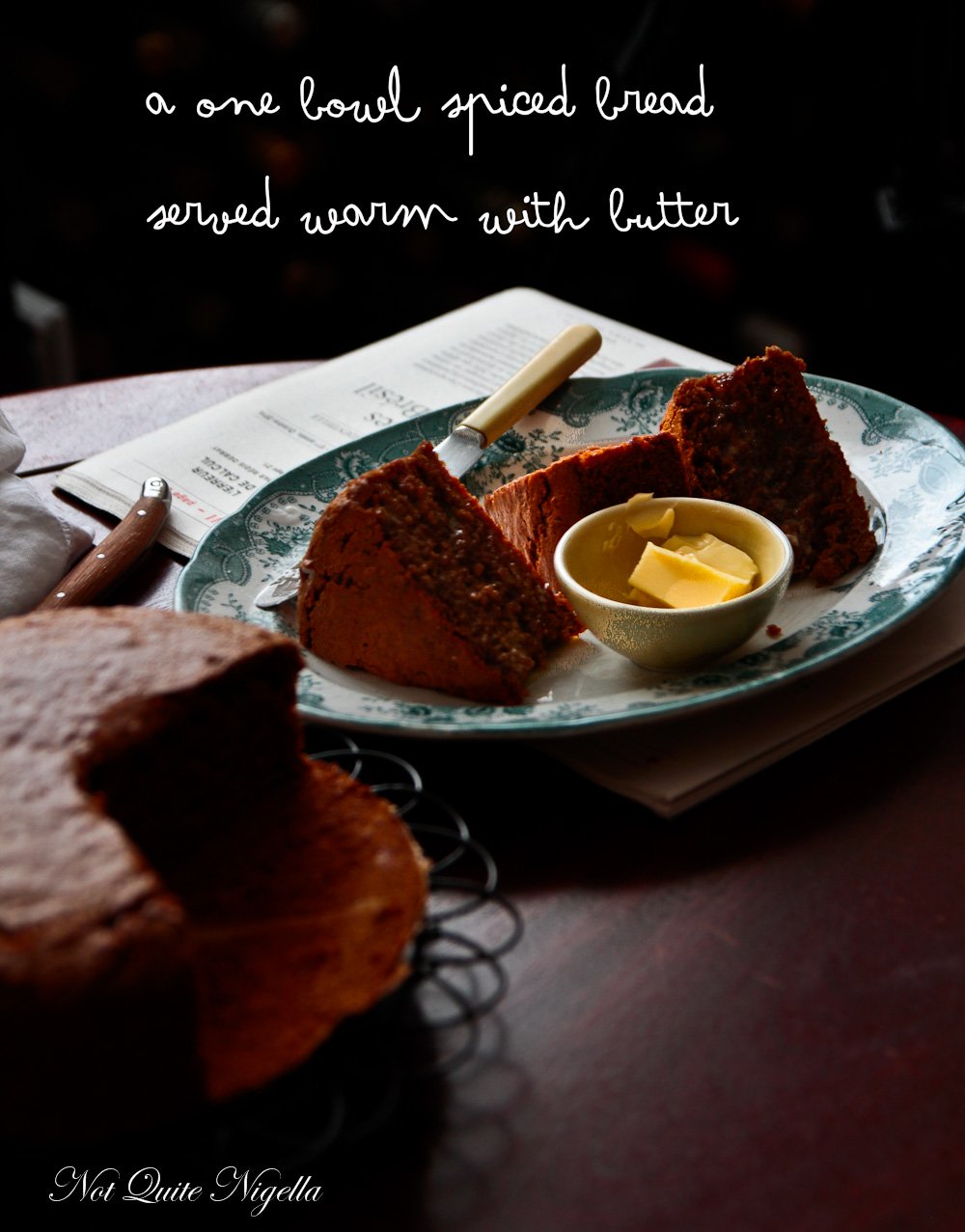 Sometimes it is better to speak with food. It was coming up to Boxing Day, December 26th, the day with the peculiar name. We were invited to Mr NQN's aunt and uncle's place on the Central Coast. His aunt Sisko and his uncle Seppo are both Finnish and I recalled once how Sisko had mentioned that she had liked my dark molasses & oatmeal bread. It triggered a memory, a bell tinkle of sorts of this month's Daring Bakers challenge. It was for a simple molasses and rye bread that I thought that Sisko might like one as a hostess gift. If there is one thing that Finns love, it's rye.

Dare I say the biggest joy was not just in the tasting but how simple this is? It's a one bowl mix, a sort of just dump it all in the bowl and stir. No melting or creaming or anything else, and quite honestly I couldn't cope with much else. Christmas this year was wonderfully blissful but also exhausting, the latter created solely by myself in my unhealthy pursuit to do more. I stirred, I popped it into a paper liner that Celia had given me (see, I couldnt' even be bothered lining a tin!), baked it and then lay on the bed on Christmas Day watching a documentary on honey badgers. 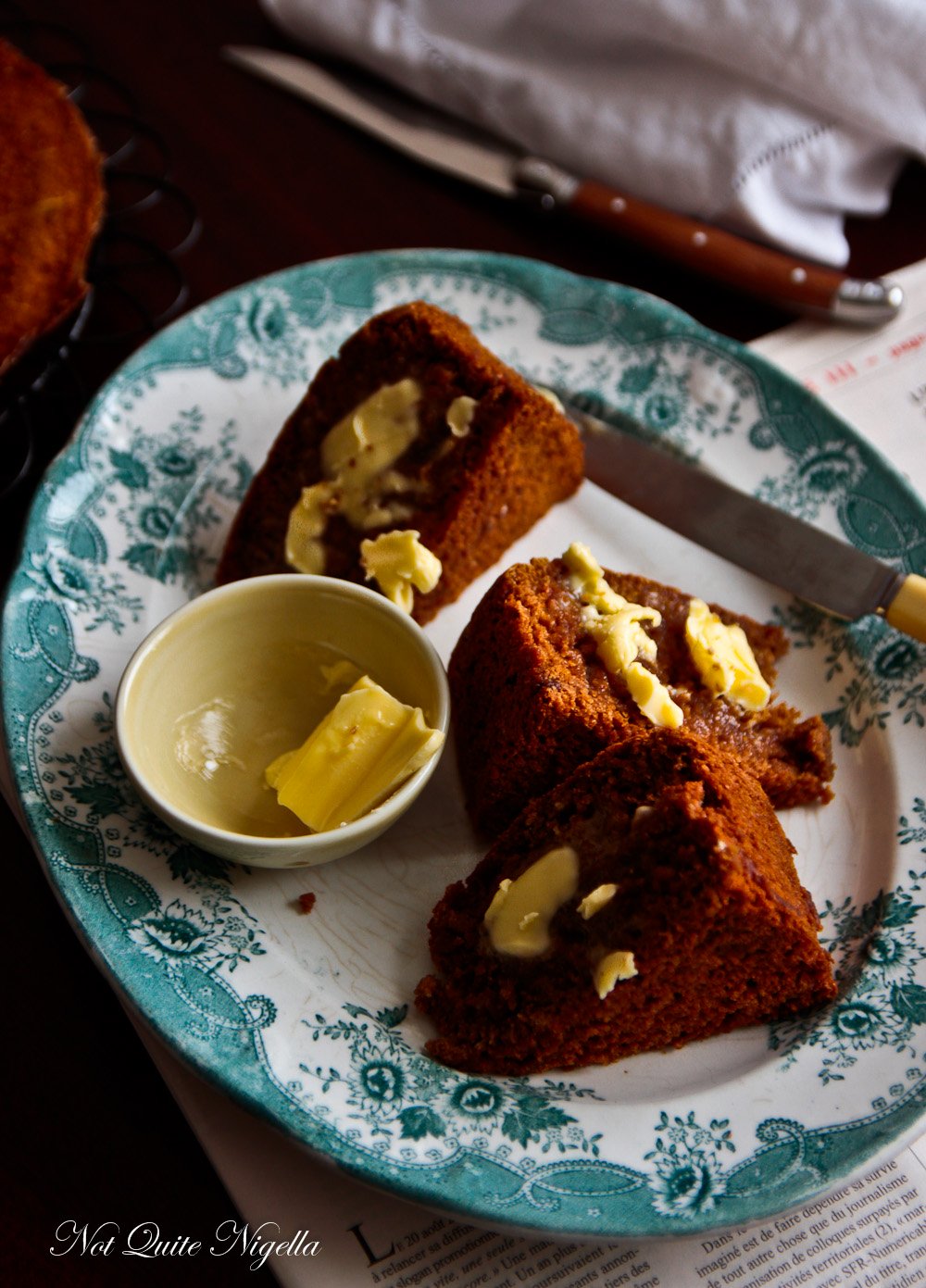 The next morning we drove to the Central Coast, the unpronounceable Ontbijtkoek on my lap. It's often eaten at breakfast with a slathering of butter but can also be eaten for morning or afternoon tea as it straddles both the bread and cake group in the same way as banana bread. I deviated from the norm because I made it in a round shape (see exhaustion as my excuse Your Honour) but it is normally served in a loaf shape. 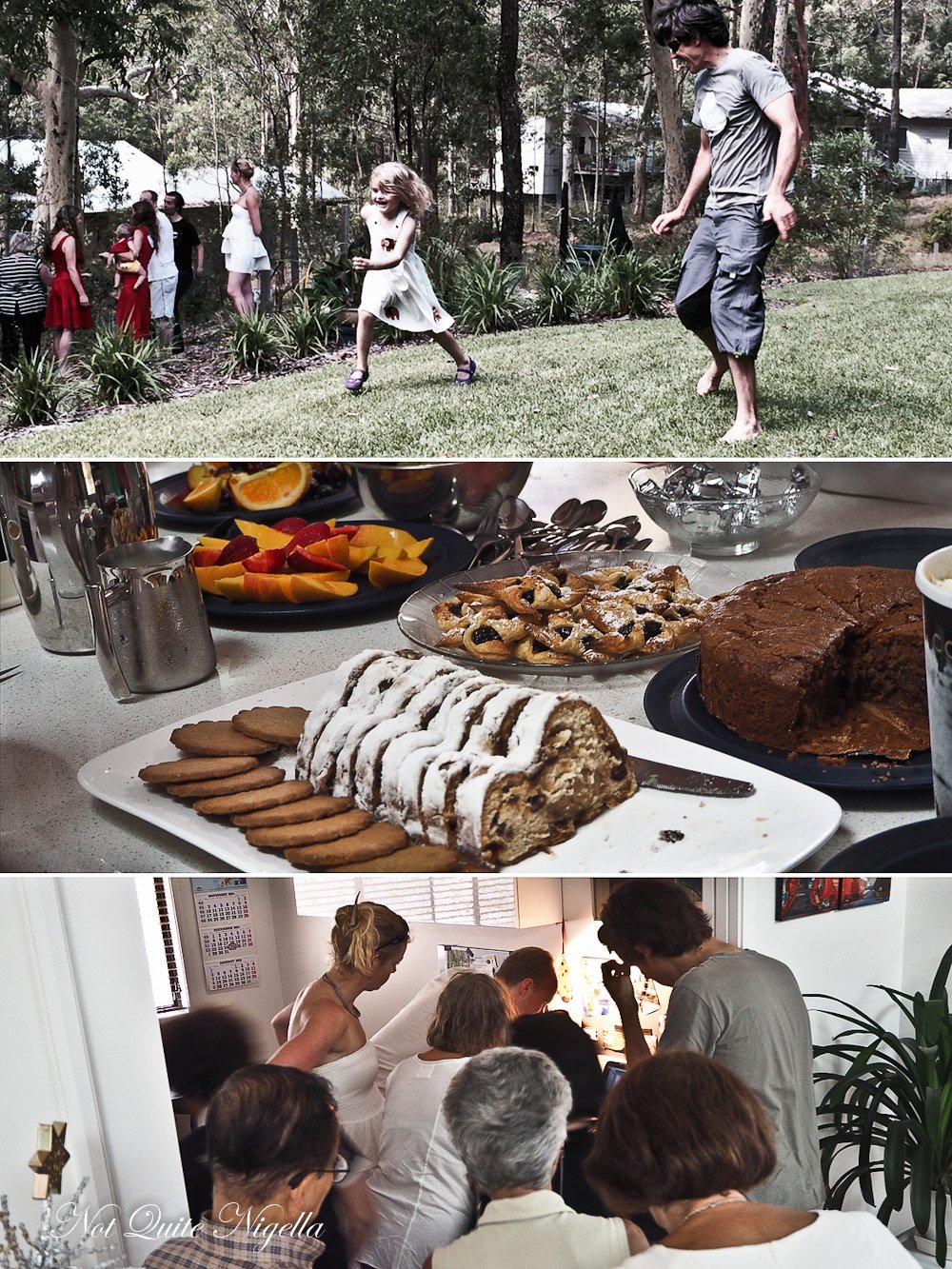 A family friend Helge declared it "Delicious!" with emphasis and it was eaten with either butter or ice cream. It was just one thing on an impressive spread of Scandinavian dishes. We met new in laws from Italy, Mr NQN chased four year old Aura Lily while 1 year old Jett did his best effort at walking. Everyone crowded around the computer to wish their cousin and her family in Coffs Harbour a Merry Christmas and ate ourselves silly. It was with reluctance that we all bundled in the car to make our way back home to Sydney.

So tell me Dear Reader, what did you end up doing on Boxing Day? And have you ever baked with rye flour before?

For the month of December, Andrea from 4pure took us on a trip to the Netherlands. She challenged us to take our taste buds on a joyride through the land of sugar and spice by baking three different types of Dutch sweet bread

Adapted from The Dutch Table 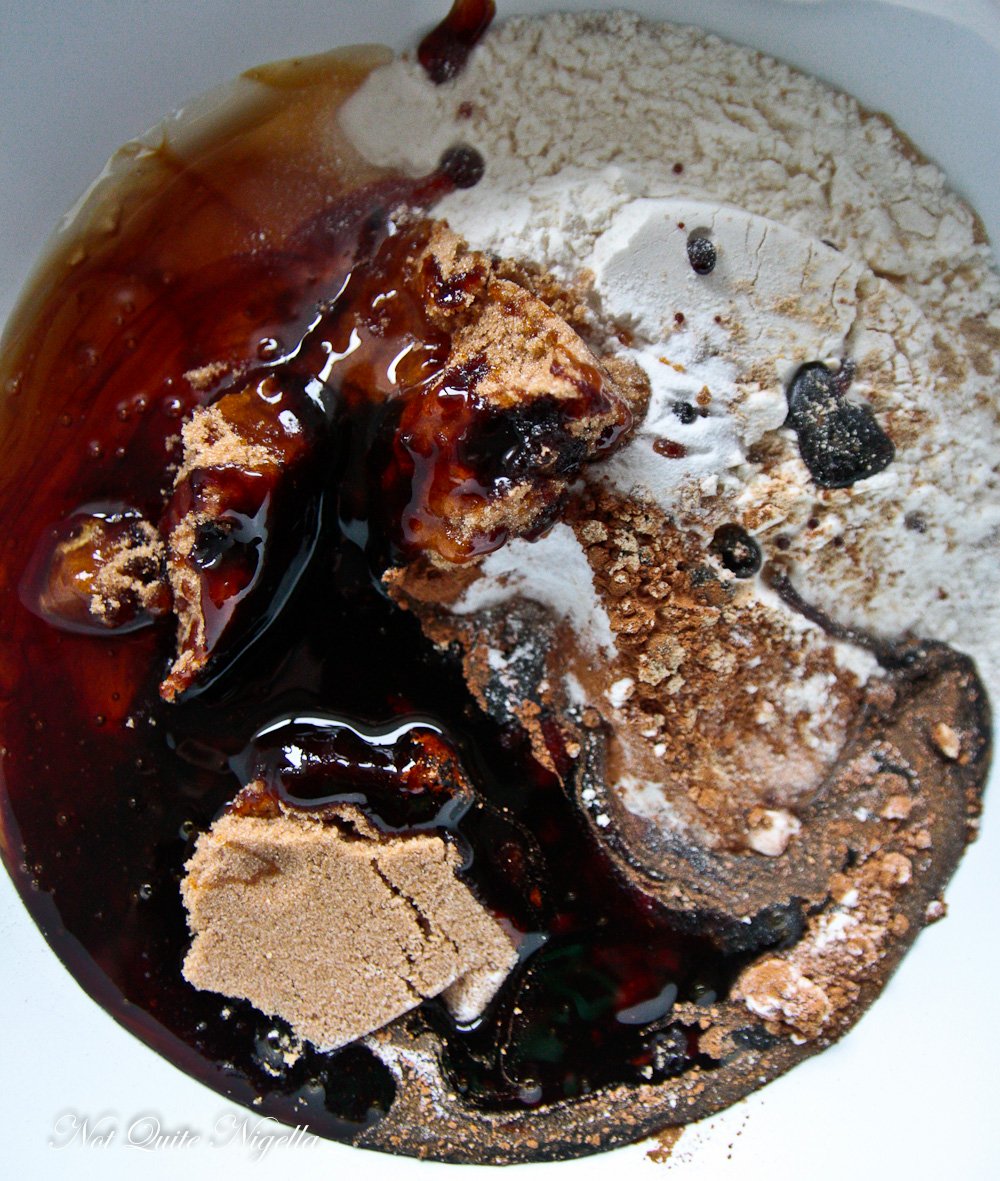 Step 1 - Preheat oven to 160C/320F. Grease a 20cm/8inch cake tin. Mix all of the ingredients together in a mixing bowl until combined. Scoop into the prepared tin and bake for 60 minutes or until cooked in the centre (test with skewer, the original recipe said 80 minutes). Cool, serve in slices with lashings of butter.

Storage: About 4 days at room temperature (wrapped in foil). You can store it (well-covered) in the freezer up to one month. 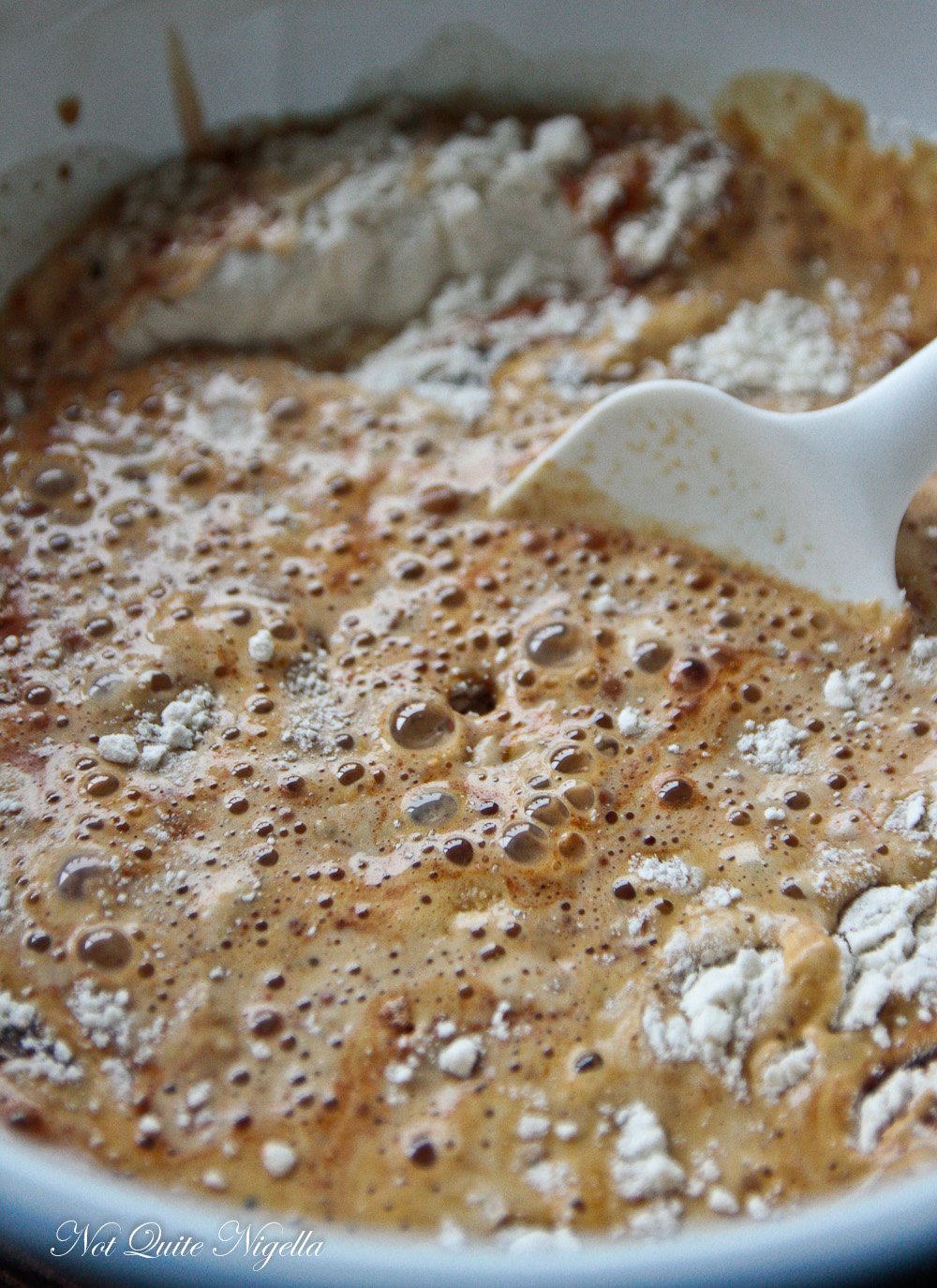