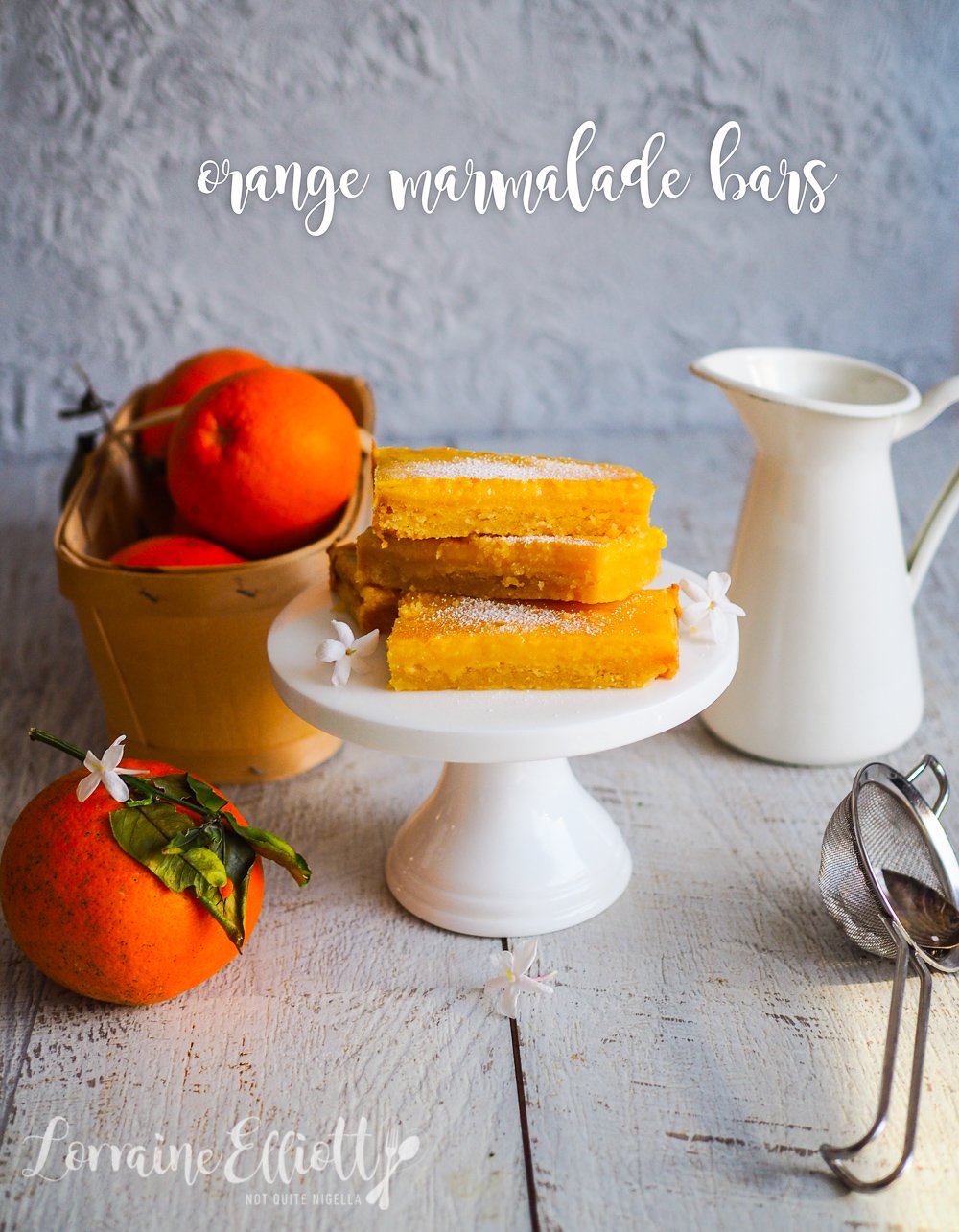 Want to whip up a delicious treat for a crowd or lunchbox? These orange marmalade bars are simple but tangy delicious. A riff on the classic lemon bar, these have a soft, melting, vanilla shortbread base topped with the tang from Seville oranges (and don't worry if you can't get Sevilles, there's an easy substitute). These will literally melt in your mouth! 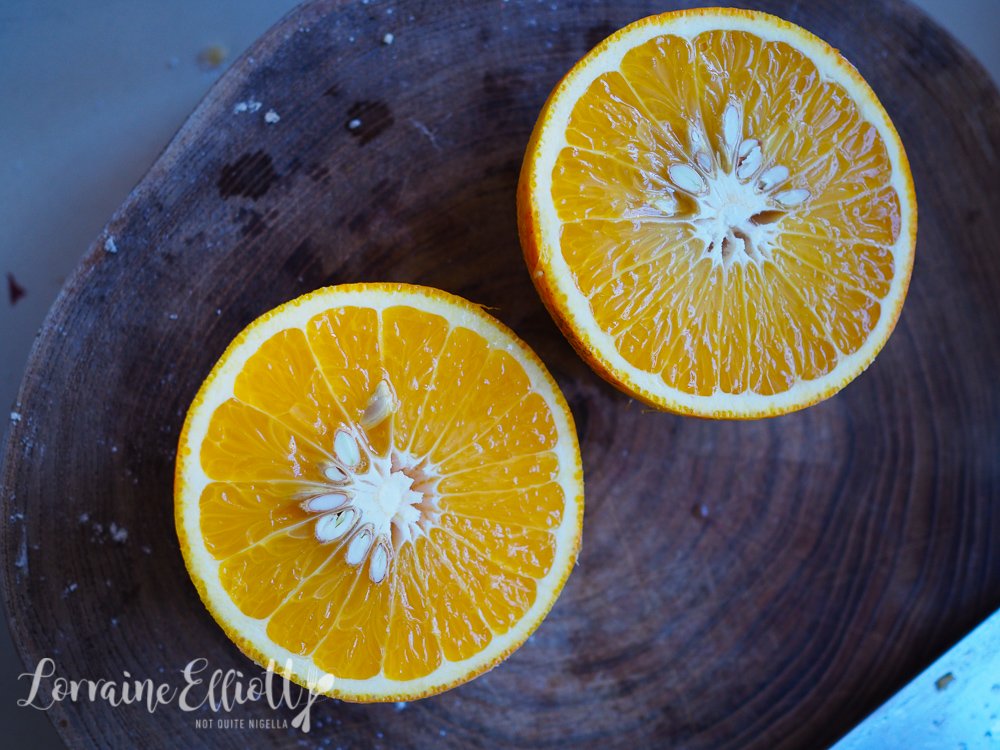 I find it hard to choose which layer I like better - the buttery shortbread or the custardy citrus layer. All I know is that a batch of these disappeared really quickly when I brought them to the Asylum Seeker's Resource Centre recently. They are very easy to portion up and you can cut them up according to how many people you want to feed and on this particular day I had no idea just how many people we had to feed...

We were actually down a person so there were only three of us. I was bringing along my friend Shaney for the first time and because she doesn't drive and lives a couple of suburbs away I offered to pick her up. I was having an exceptionally busy day because I decided last minute to make an additional dish because there wasn't any vegetarian food and we usually have at least one vegetarian dish. 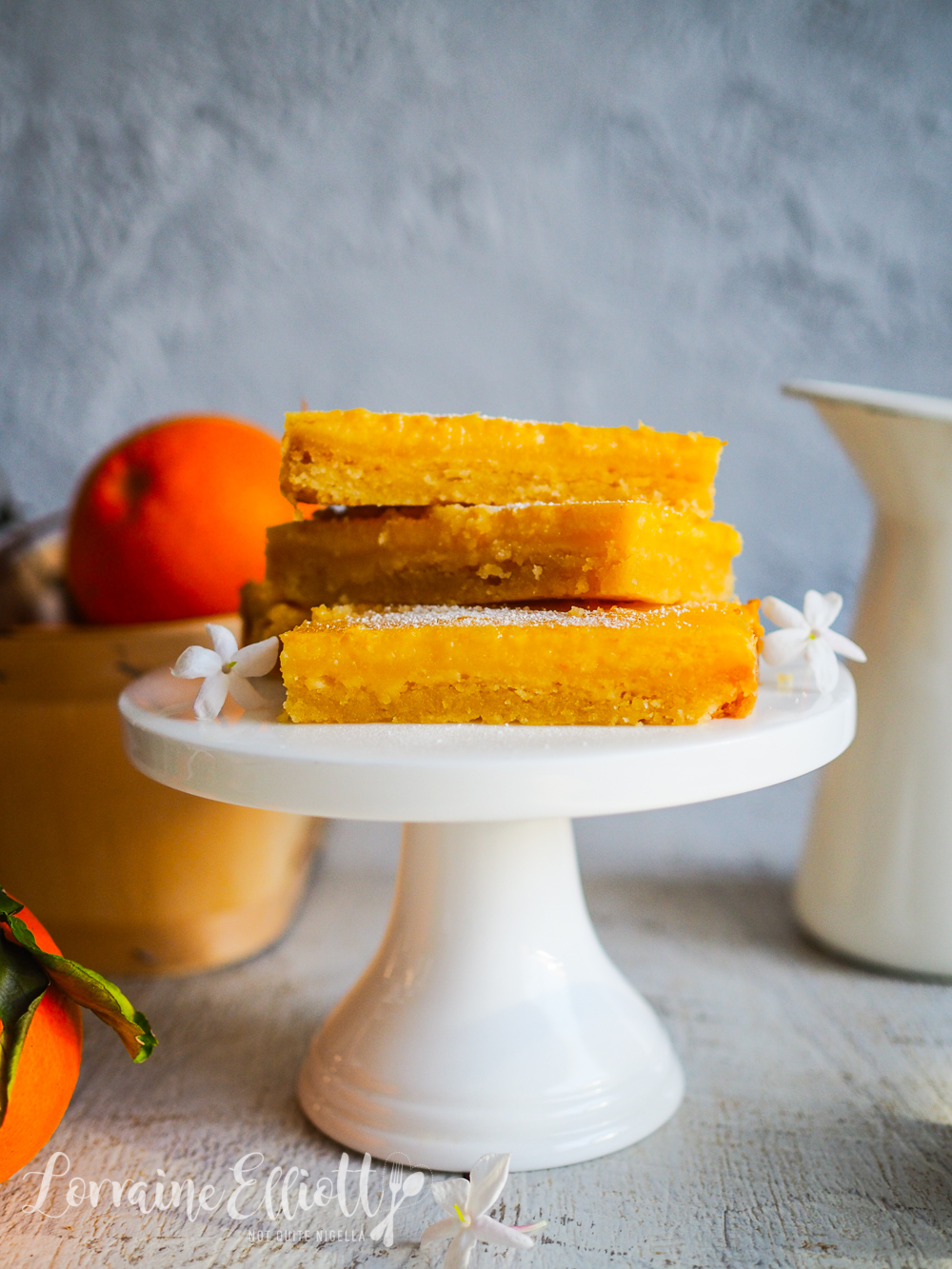 I usually get arrived at the centre around noon and we have lunch ready by 12:30pm but we were running late and didn't get there until 12:20pm. When we walked into the room there were so many people, the largest crowd I had ever seen. Poor Tracy who had been waiting since noon must have been worried that she would end up splitting her dish among everyone. I felt a tide of panic wash over me.

We barely had enough time to get our food out as everyone queued up eager to eat. They had no doubt seen the large amount of people and wanted to make sure that they got some food. We had just enough food to feed them but there were no seconds available or leftovers. We were slammed and even before we had finished serving the savoury food, people were already asking for dessert. Usually there's a nice 10 minute gap between the two courses to let us reset everything and get on top of the washing up but not this day. 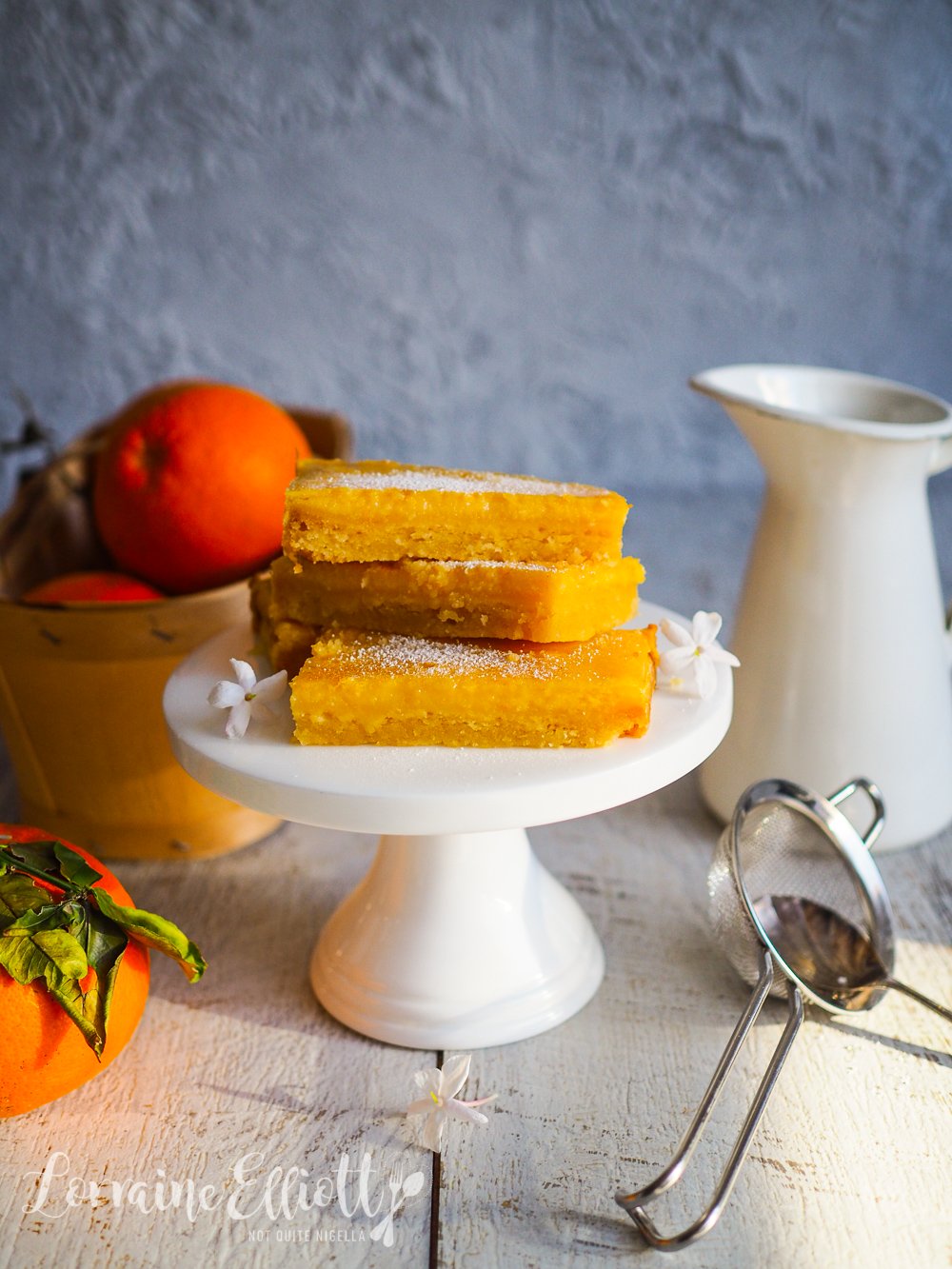 We finished up and people still kept coming up to us late hoping for lunch and I felt terrible that we didn't have anything to feed them. I gave Shaney a lift home and I was certain that she wouldn't want to do it again because it was one of the most stressful ones I've done. But she turned to me and said that it was great, in fact she had envisaged even more people and more chaos and that she'd be happy to do it again! I breathed a sigh of relief for people that handle stressful situations well!

So tell me Dear Reader, have you ever had an unexpected number of people to cook for or feed? What did you do? And do you handle stressful situations well? 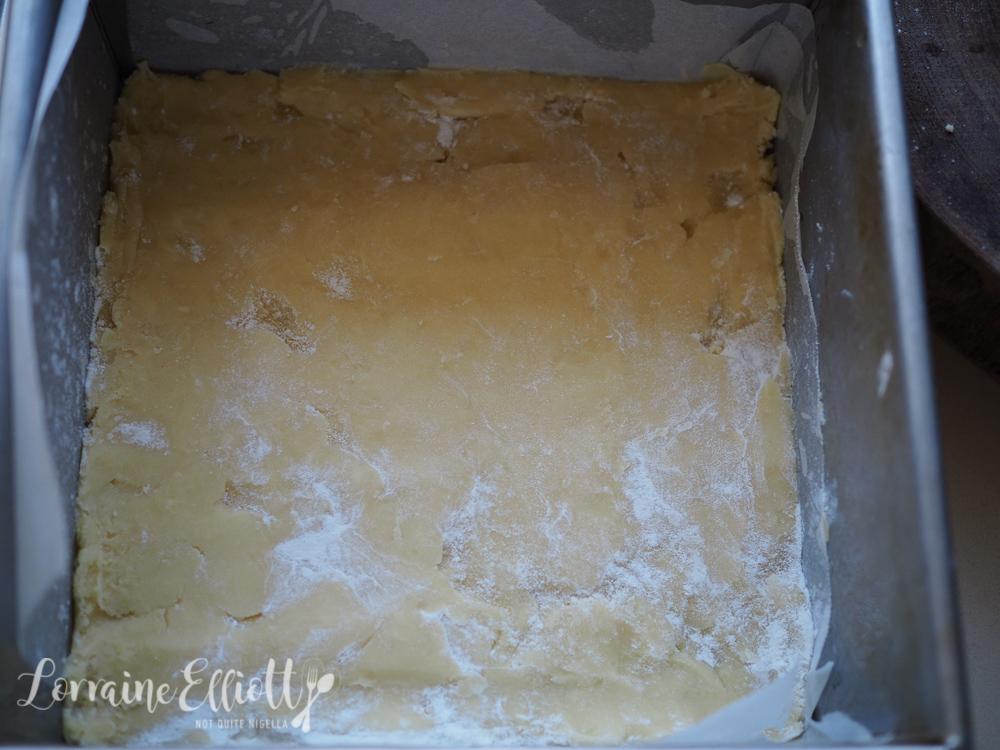 Step 1 - Preheat oven to 180C/350F and line the base and sides of a 20x20/8x8inch tin. Blitz the butter, two flours, icing sugar and vanilla in a food processor (if you hate sifting as I do, blitz the icing sugar first to get rid of any lumps). Press into the lined tin and bake for 12-15 minutes until lightly golden. 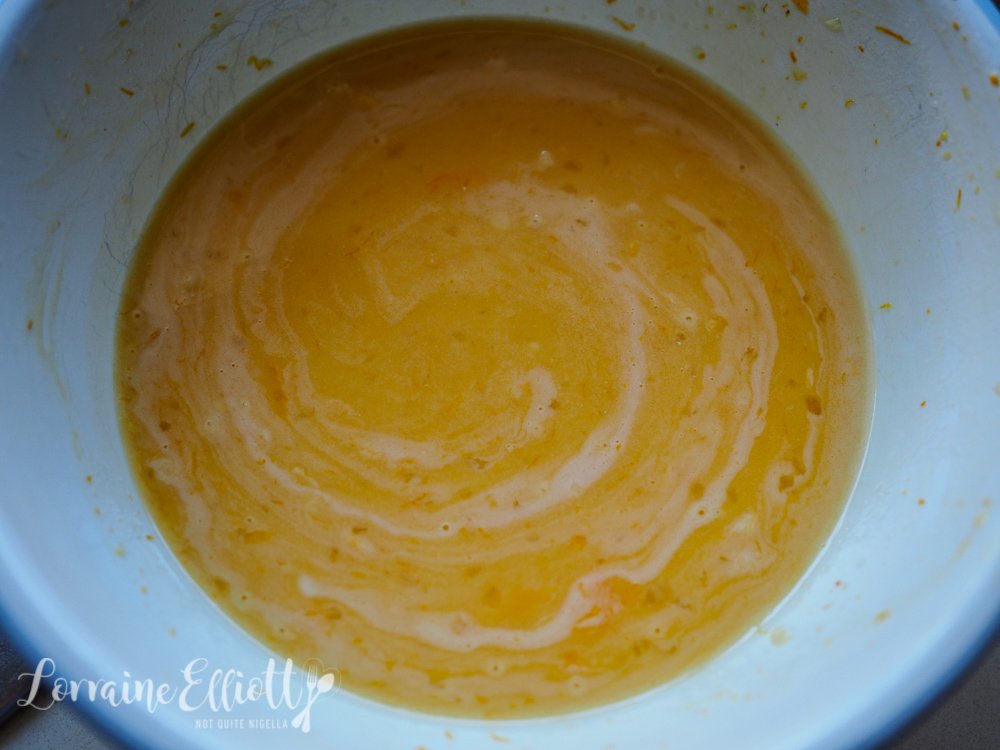 Step 2 - While it is baking, whisk the sugar, juice, zest, eggs together with the flour until smooth and lump free. Pour over the cooked base and cook at 150C/300F for 25 minutes or until set. Sprinkle with extra icing sugar before serving. 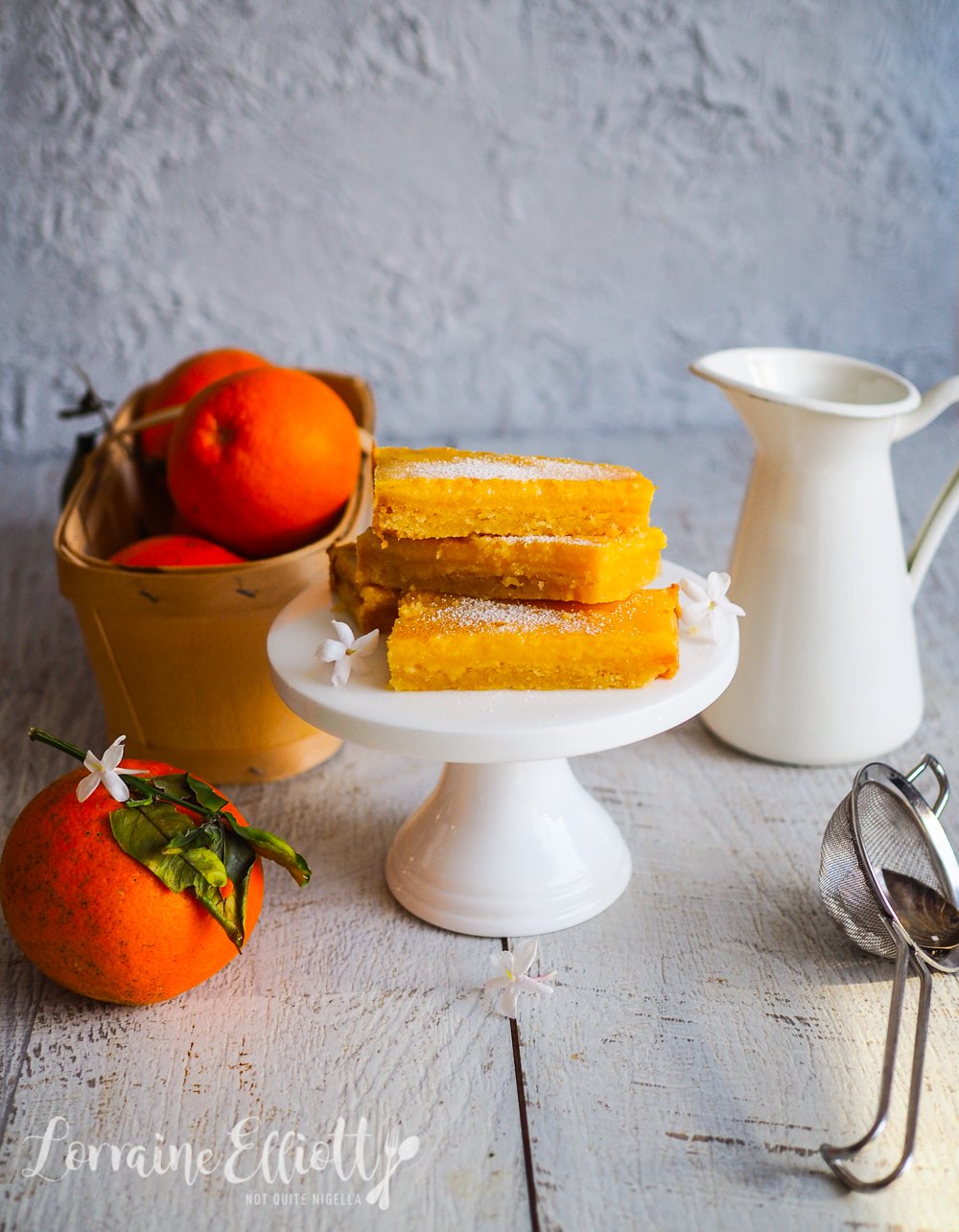